Top Posts
Family Photo Session in Memory Grove with the...
A Surprising Location for a Portrait
Leasey Family Portraits in Studio
A Before & After from Photoshop Retouching
An Orem Wedding in the Time of COVID-19
Maya’s Fashion Portraits on the Bonneville Salt Flats
Dave & Doug’s Family Photo Shoot in Big...
Children Photo Shoot in Big Springs Park in...
Autumn Portrait Season is Around the Corner
Time is Running Out to See the NEOWISE...
Home Portrait PhotographyMale Portraits Practice Photo Shoot with Bobbie at 9th & 9th
Male Portraits

Who doesn’t love a practice photo shoot? Sometimes I can find someone on Facebook that has some free time and doesn’t mind walking around being photographed. I had a new camera, even a new light, and I wanted to try out a different location. Bobbie was a willing victim, I mean volunteer, for this photo shoot. 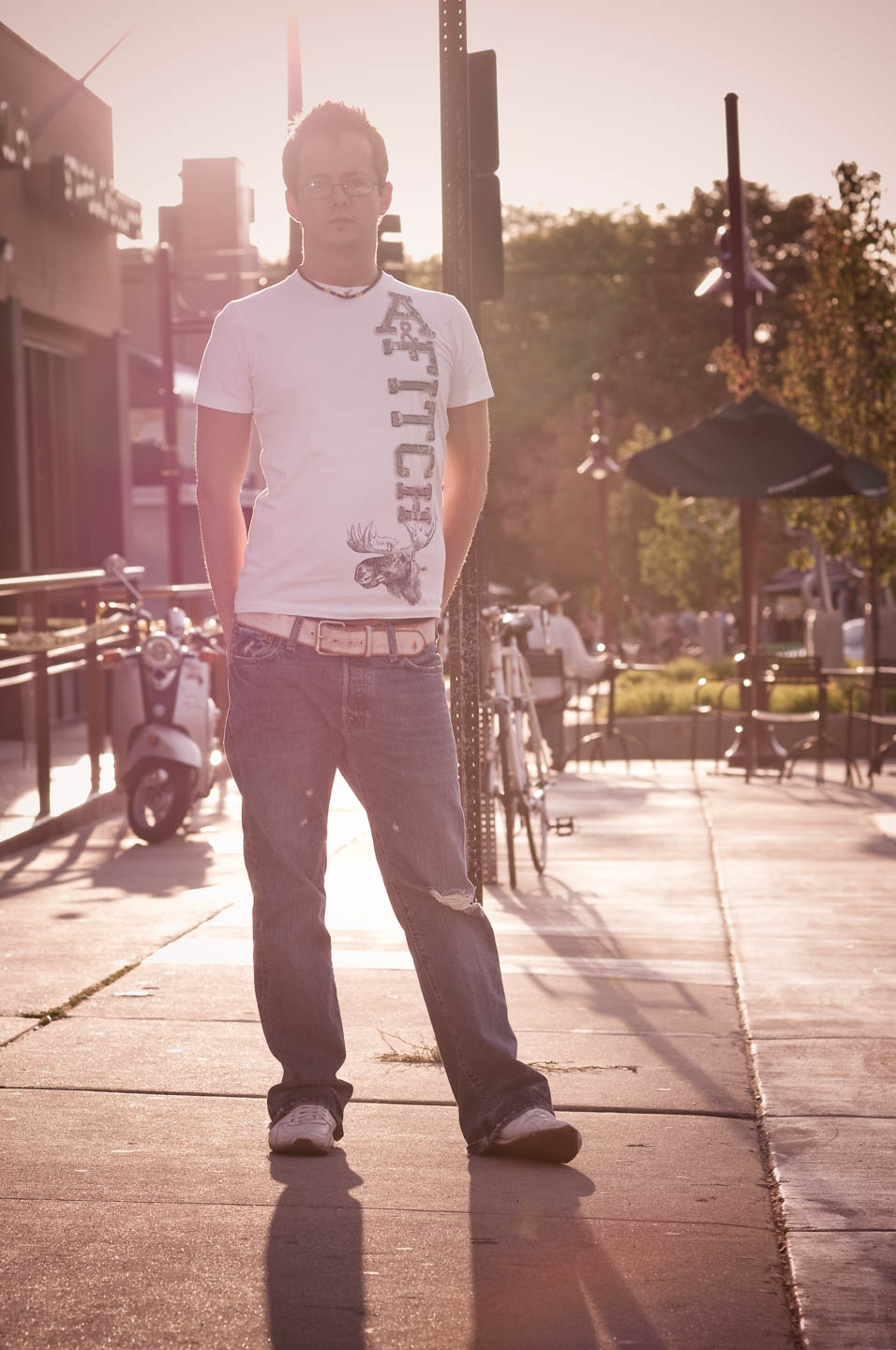 Bobbie at the 9th & 9th in Salt Lake City

We met up at at the 9th & 9th area near the Coffee Garden. I like photographing in the evenings because the light is better and we usually won’t be in the way of business or such. We found some graffiti, which is a favorite background of mine. I even broke out the off camera lighting to try a portrait or two. I even tried a panorama portrait. I had Bobbie stand in one spot and I photographed the whole wall so it is one large and wide image. Next time, I should have him move along the wall and we can have Bobbie and His Clones.

Creating a panorama portrait with Bobbie 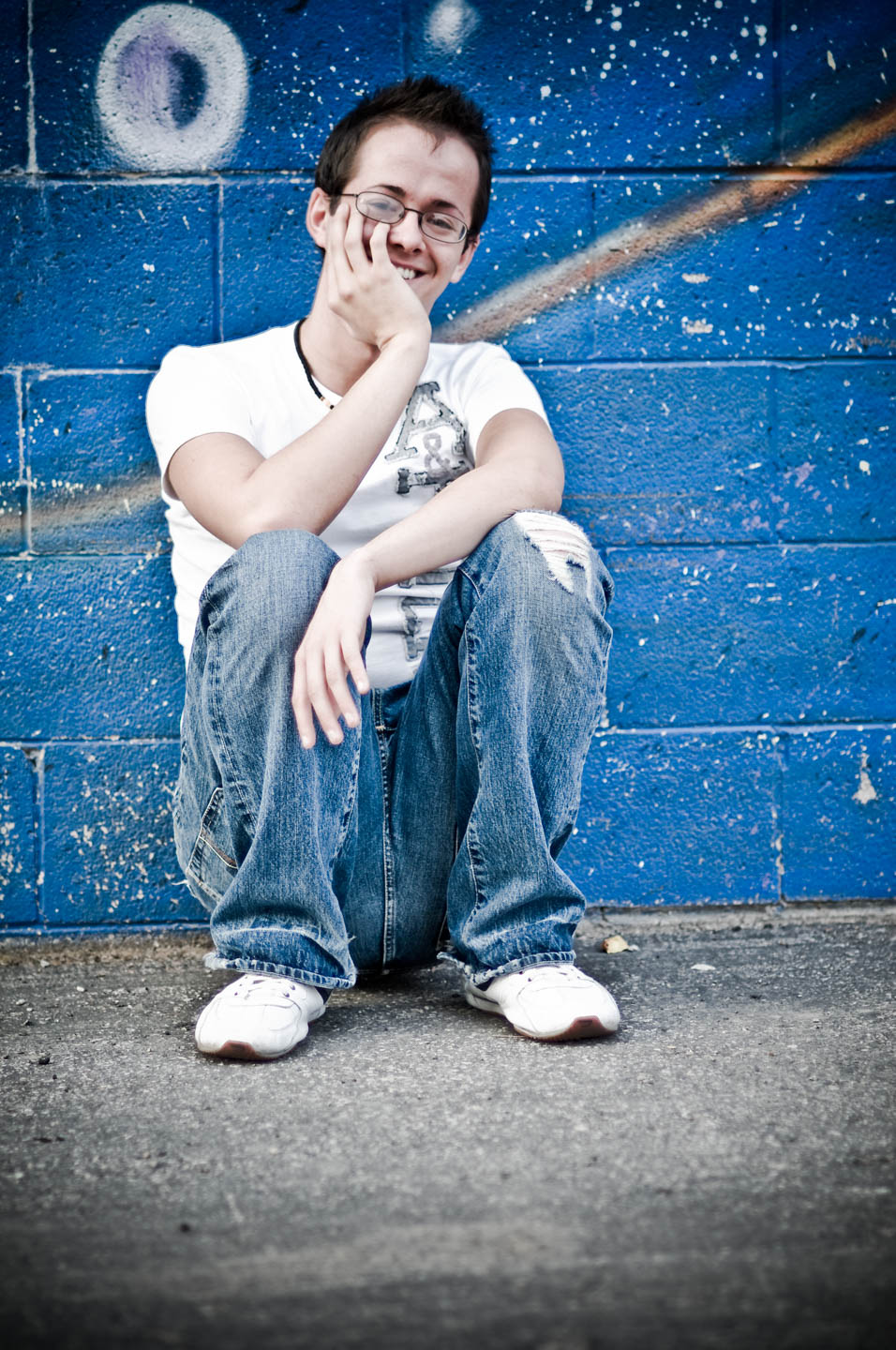 We found a motorcycle in the alley and for the record we didn’t touch the bike. We did stand near the bike to take some photos… so no harm no foul. 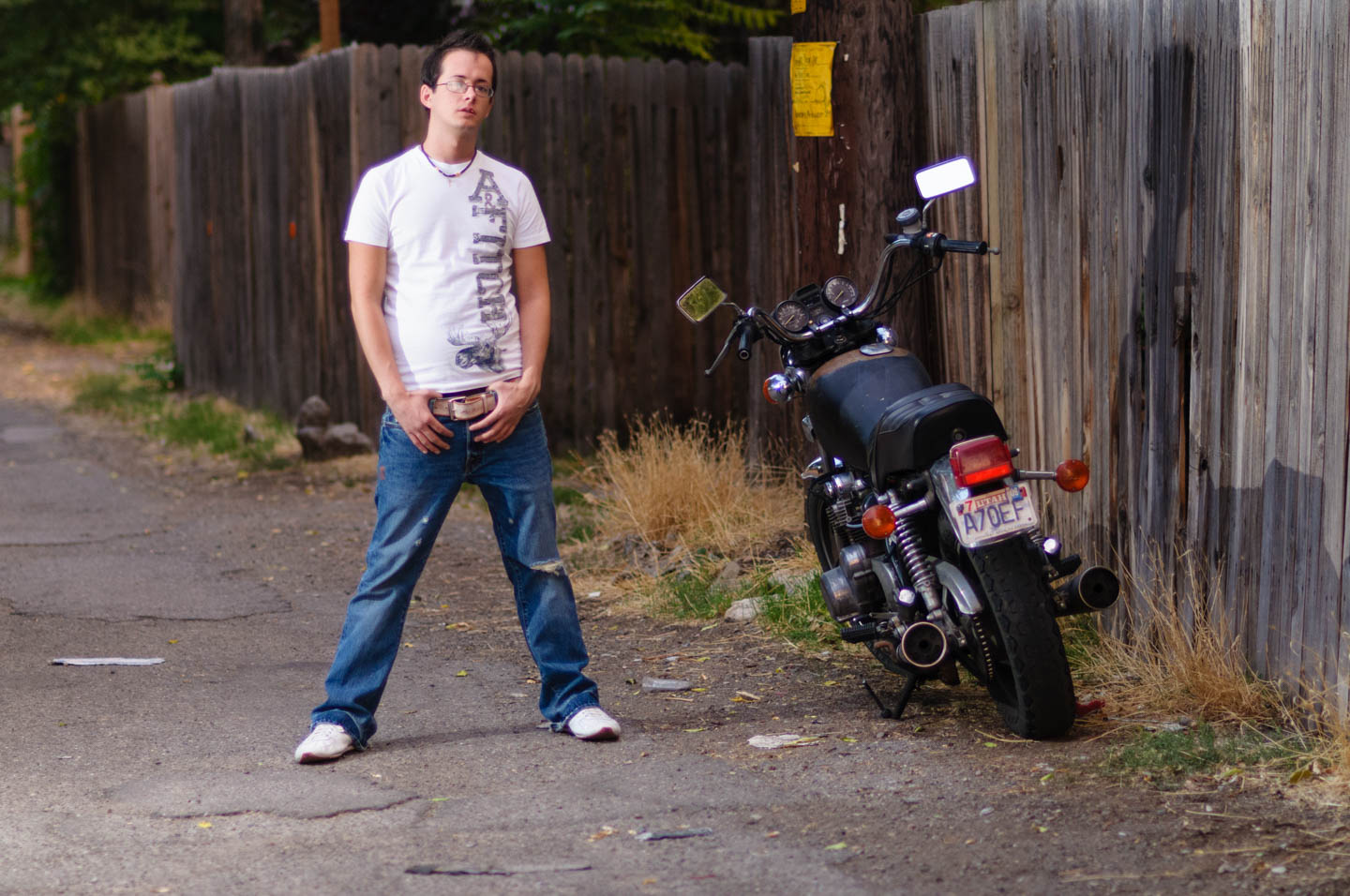 Bobbie poses next to a motorcycle

This is the photo with my off camera lighting. I used the same lighting setup for the motorcycle as well. I’m will need to practice more with that lighting. I think it could be a good thing in my photography. 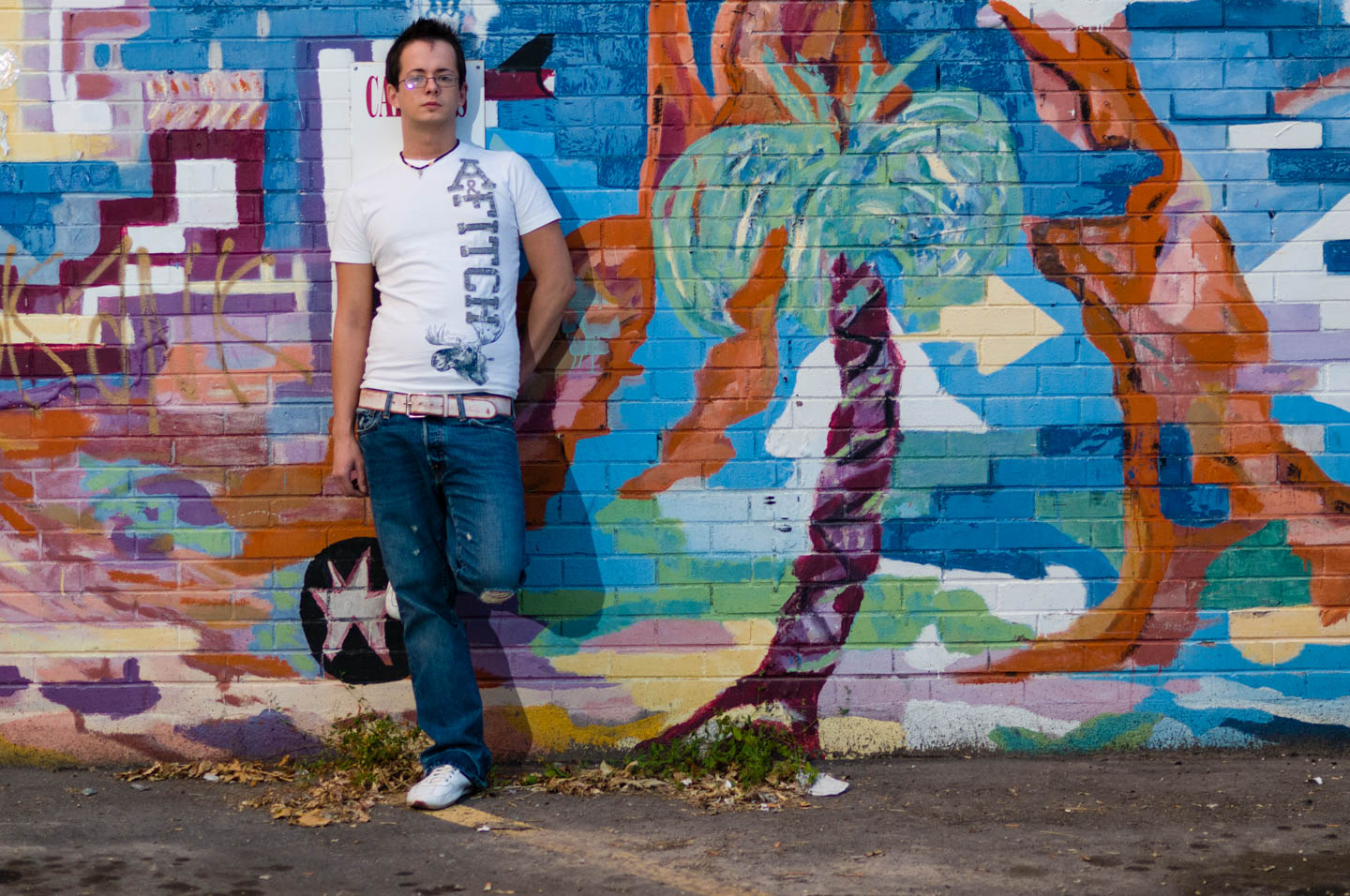 Erno is Welding Copper for Finials and Roof Work