Top Posts
Burgers & Sandwiches at The Spoon in 2020
Photos from the Utah HRC Gala 2019 at...
Photographing Glossy Lip Models
How to Shoot Two Different Headshots Quickly and...
Headshots with Nathan in Downtown Salt Lake City
Photos from Force for Good Day 2019
Utah Pride 2019 Photos!
Wedding Photos at Market Street Grill with Tyson...
Sunday in the Park with George by the...
Summer Heritage Gardens Wedding with Sydney & Michael
Home Commercial Photographing the BYU Fans of Nu Skin, With Face Paint!
Commercial

Photographing the BYU Fans of Nu Skin, With Face Paint!

Nu Skin is an official sponsor of BYU football and BYU athletics. If you have seen the huge TV screens at BYU football and basketball games, those were sponsored by Nu Skin. Pretty cool! And with that sponsorship comes this advertisement that was found in the BYU football program during home games. 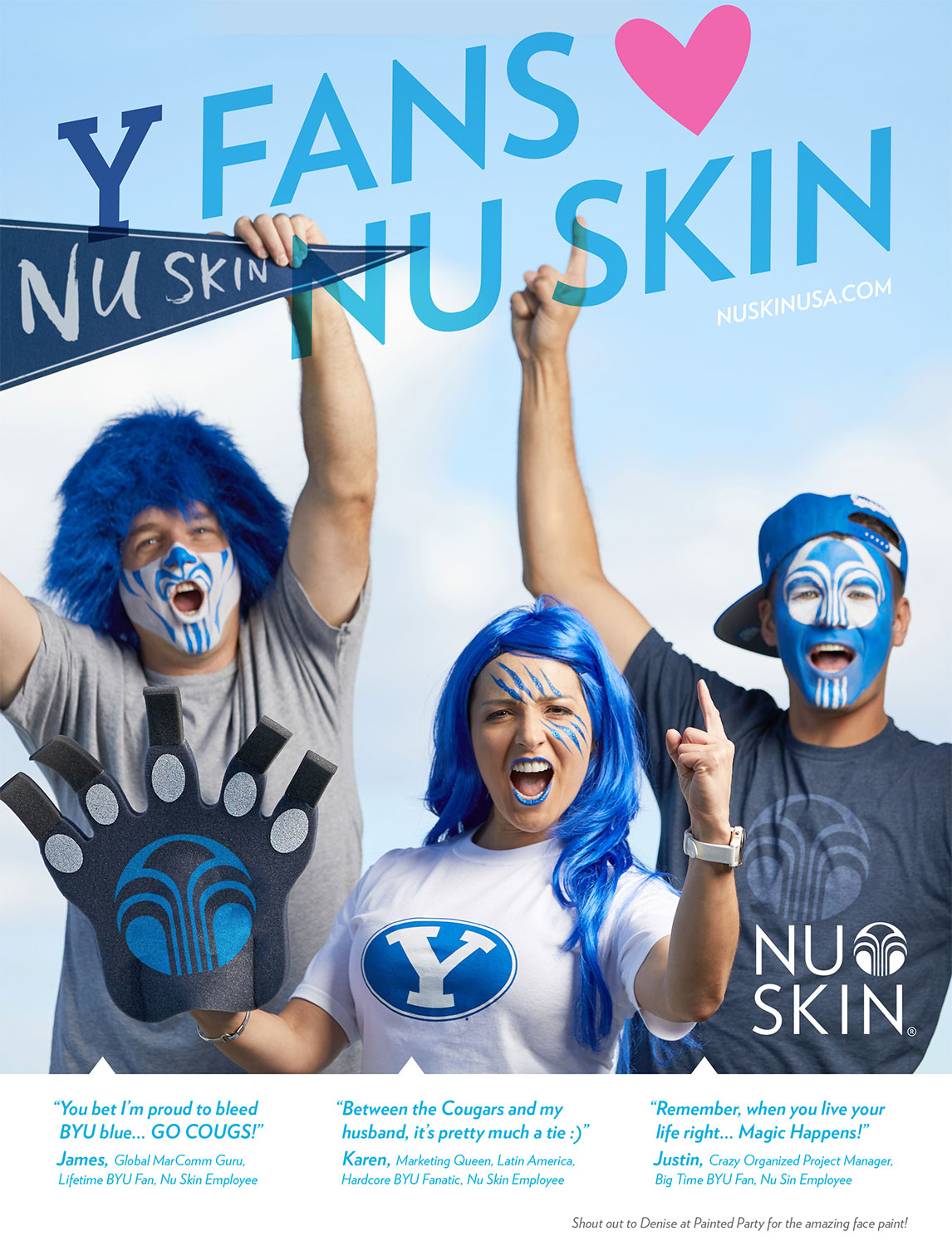 The final advertisement in the BYU Football program

We found some Nu Skin employees that are big time BYU fans. We brought in Denise to paint their faces in Cougar blue and white. I then photographed the fans in different locations around the Nu Skin campus. We went with a simple sky background for the final ad. 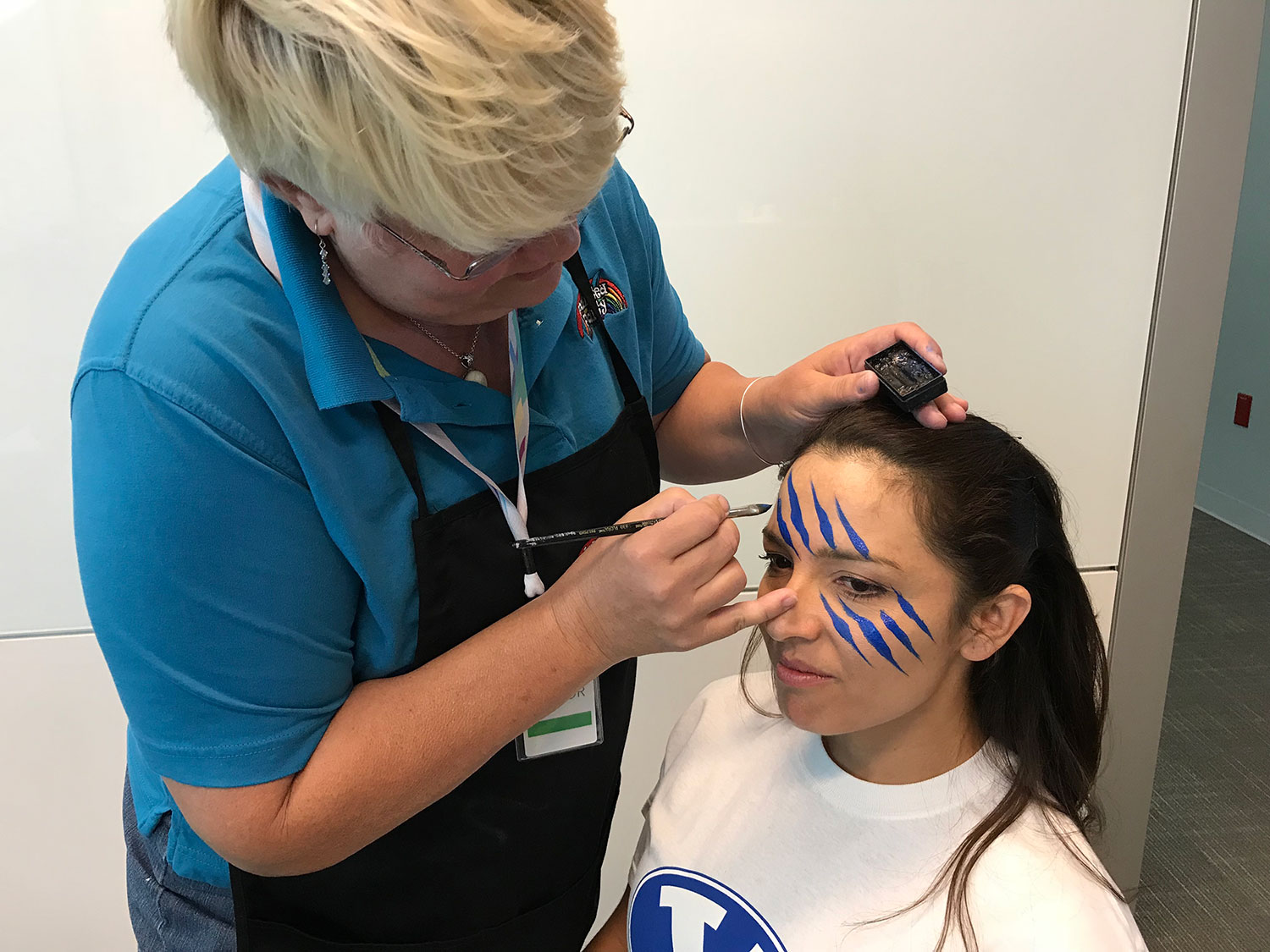 And hopefully this ad is good luck now that BYU has knocked off #6 Wisconsin. 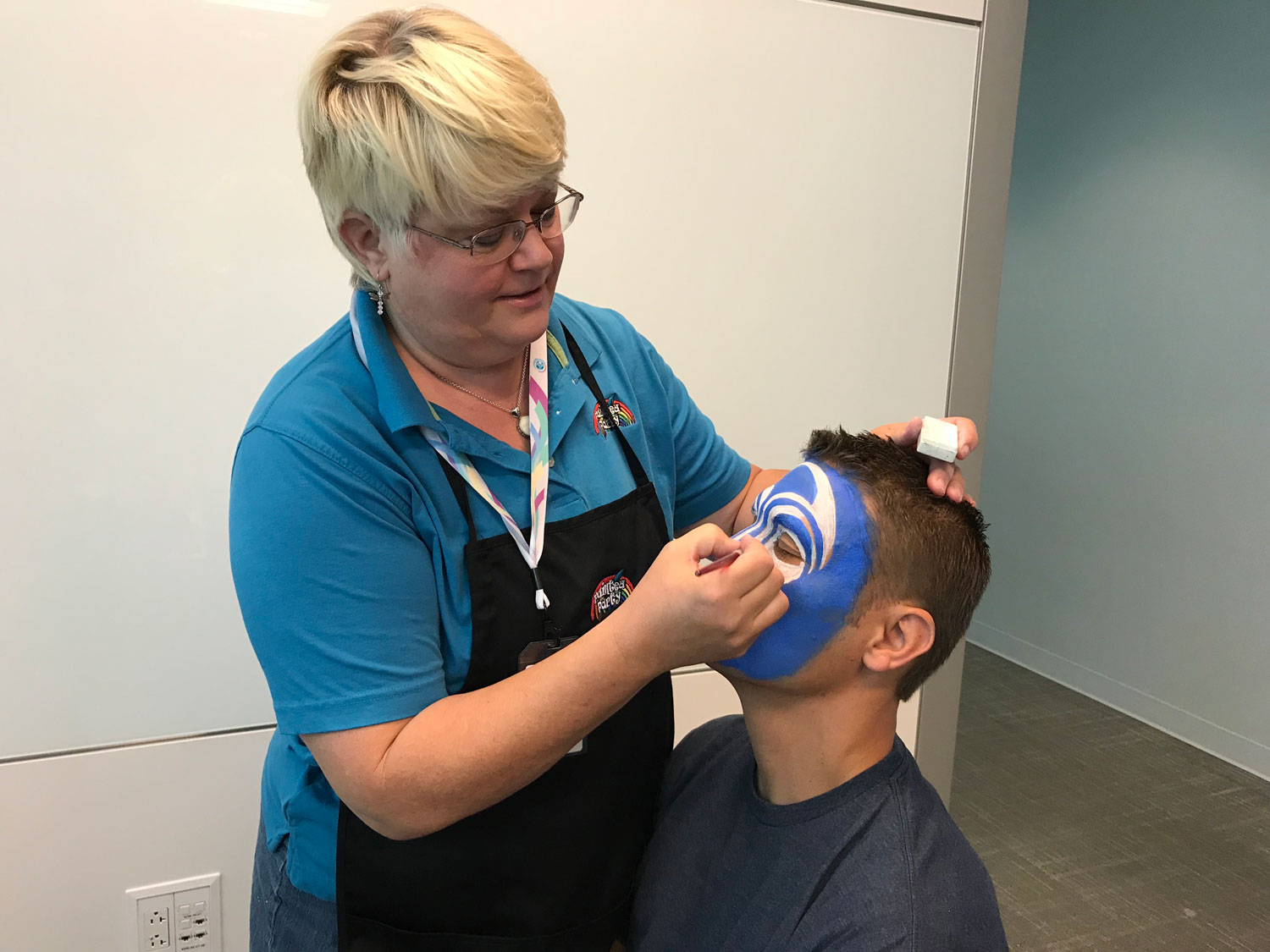 And I used my iPhone to snap some behind the scenes of the face painting. Because everyone loves some photos they can use in their business. I had photographed Denise a few years ago at an event, and she has used those photos to promote her face painting business. 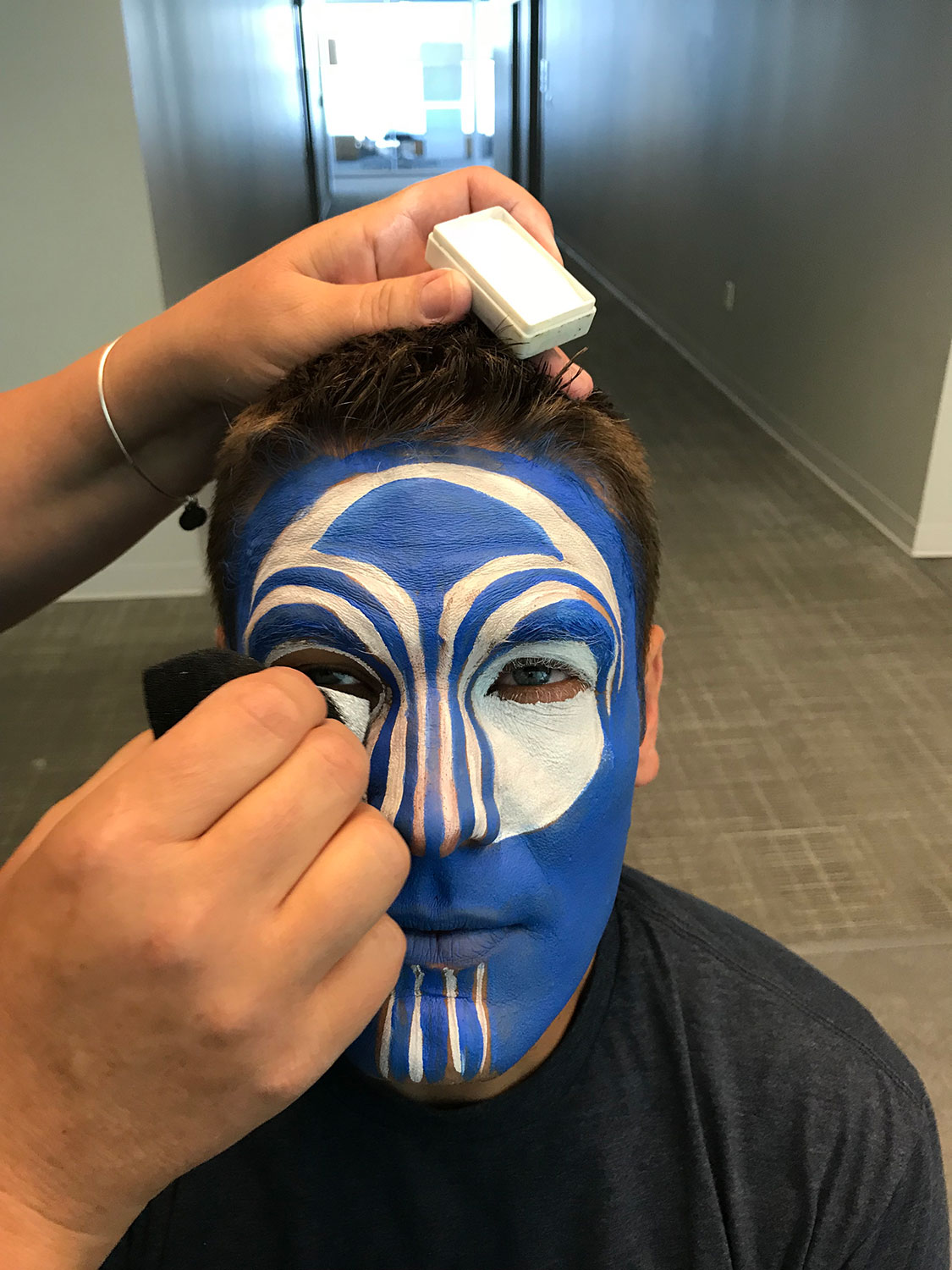 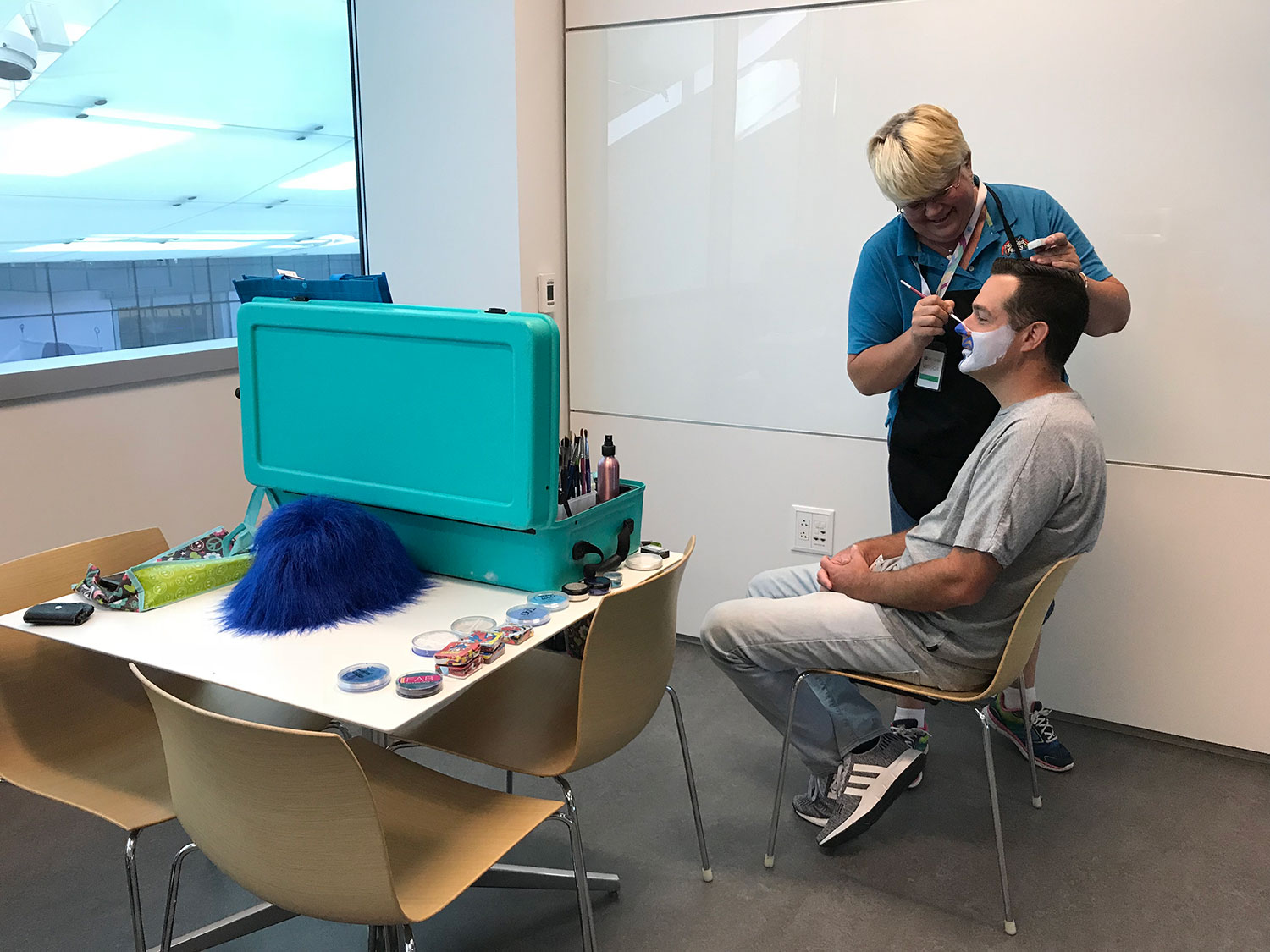 Behind the scenes of a face painting 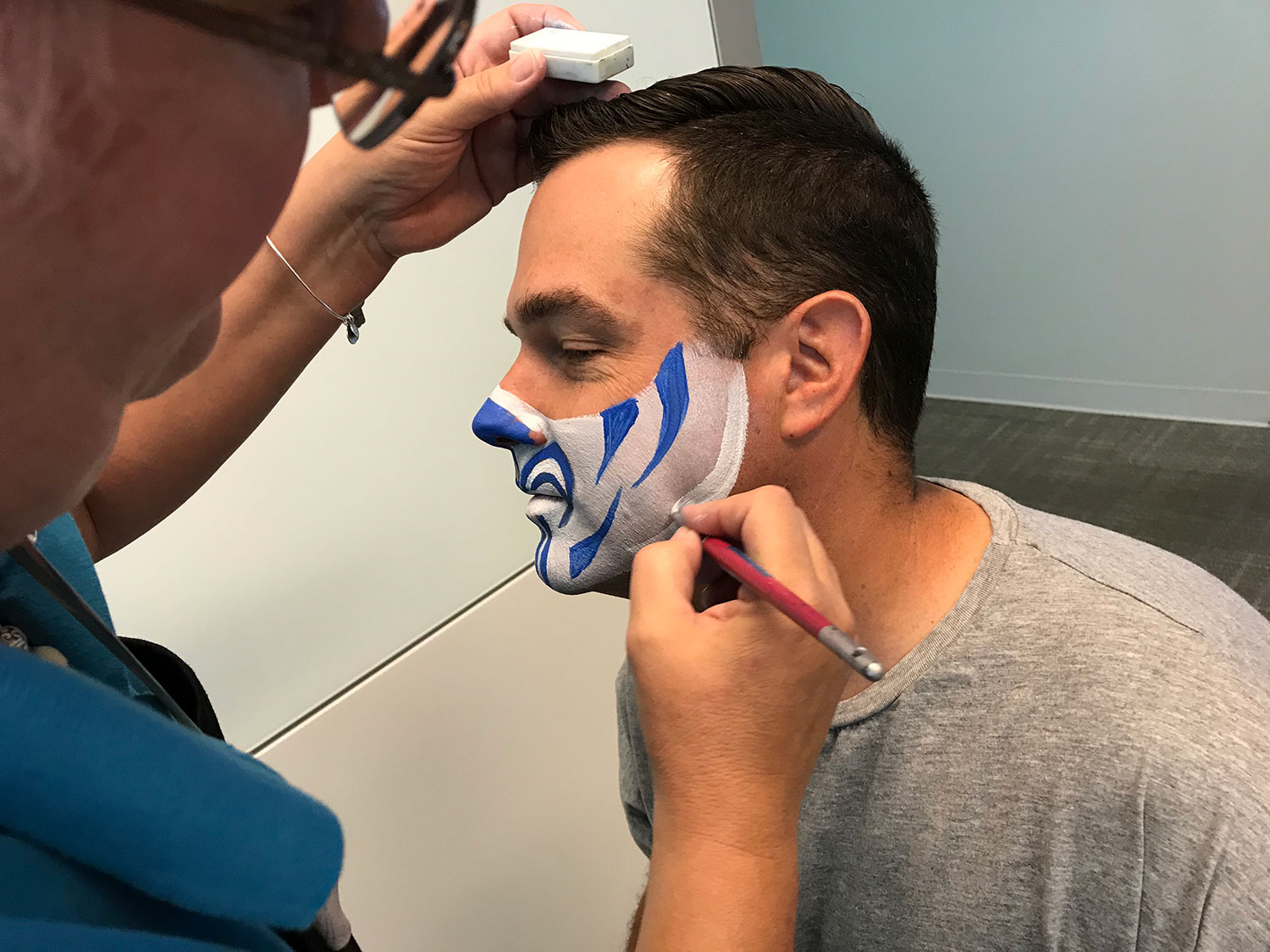