Steven Fales is starring in a new cabaret show that he wrote. Steven made his name behind the Mormon Boy play and trilogy where he talked about growing up Mormon, coming out as gay, working in the adult work industry, drug addiction, and more. Now with Cult Model he tackles cult susceptibility and his own obsessive cult disorder. 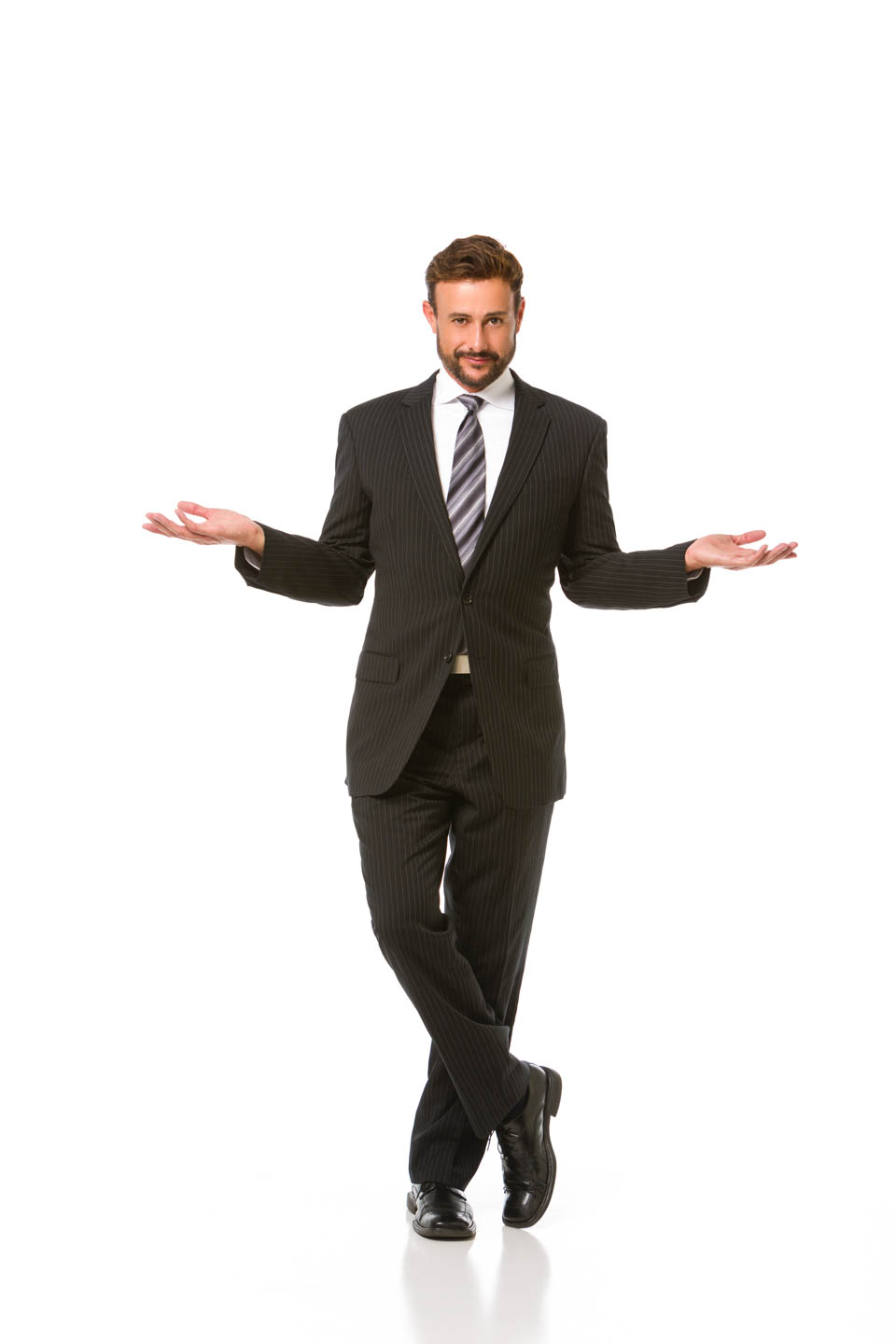 For this photo shoot he wanted to portray a televangelist—someone who appears shiny and glitzy for the camera but has some darker secrets. So I thought it might be appropriate to show the clips used to tailor the suit. This becomes an Emperor with No Clothes moment. 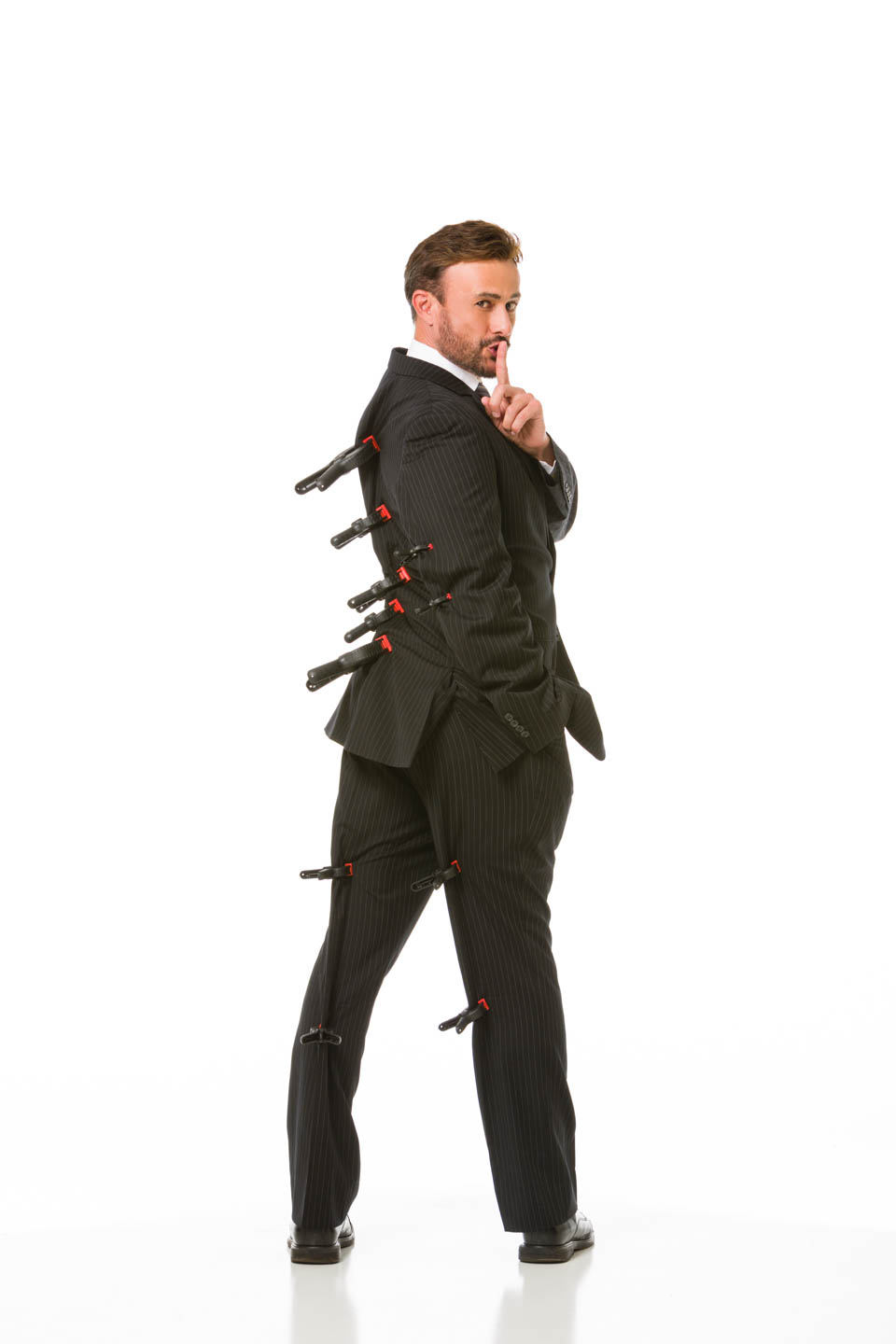 Exposing the secrets of a fitted suit

We shot these photos in the studio in Draper and he needed the photos ASAP. Someday I should really charge a rush fee but if I can make the time I can turn photos around very quickly. We photographed at 7pm on a Wednesday. I culled the images by two thirds before having Steven review the selected photos and he picked the 5 photos he wanted me to retouch. I was able to finish editing by 11 pm that night! And the photos were run on a news site the very next day. 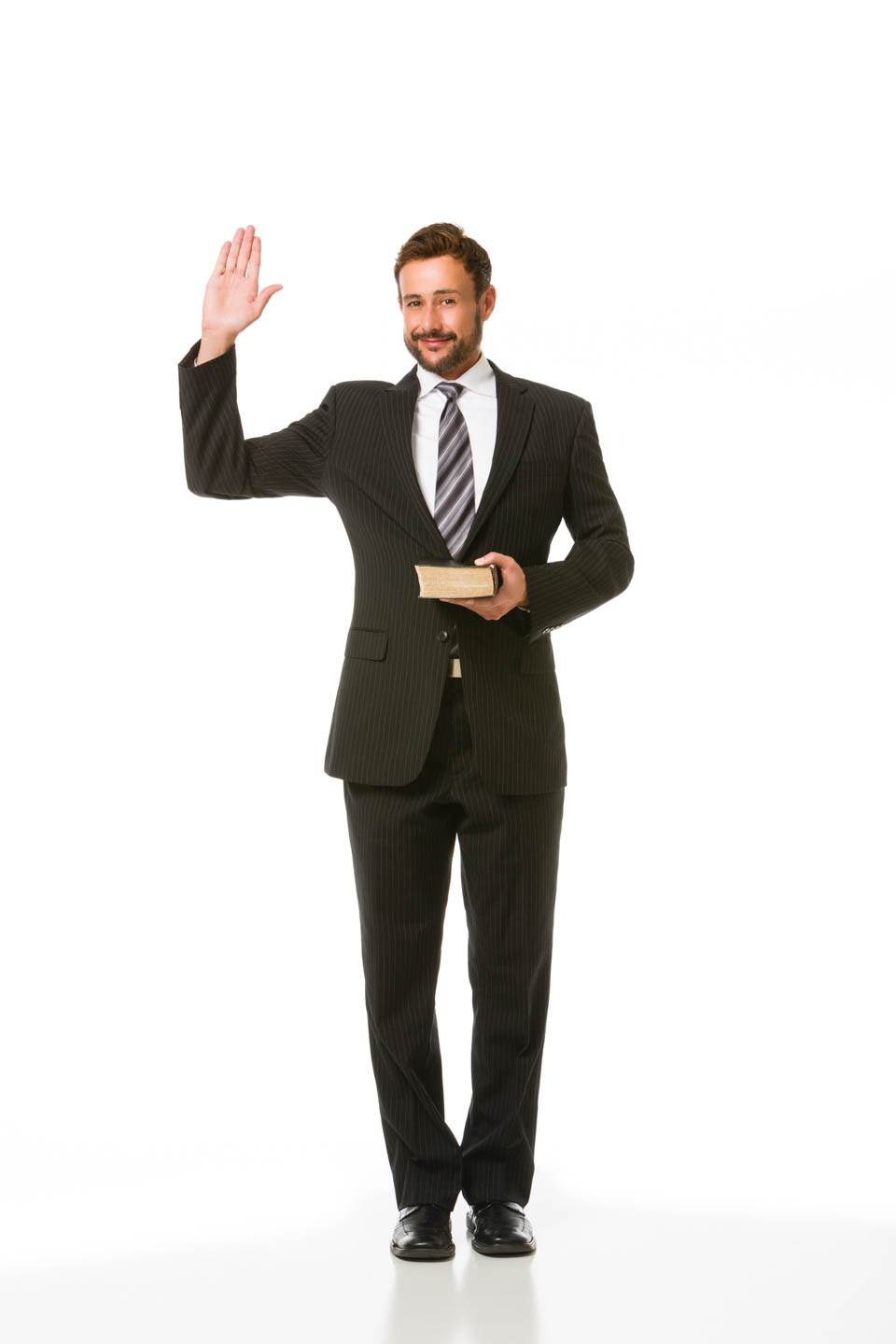 Swearing on a Bible 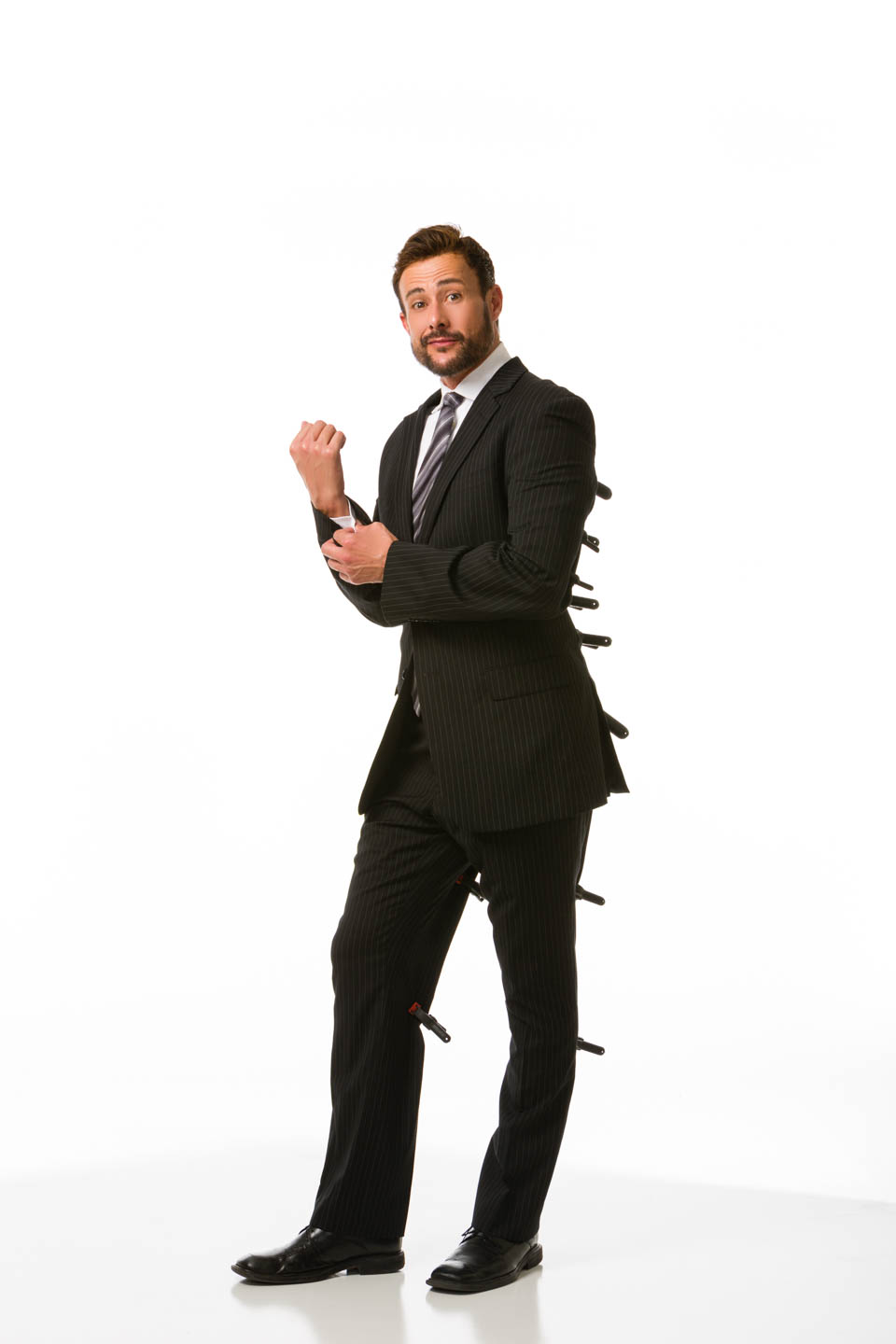