Top Posts
A Surprising Location for a Portrait
Leasey Family Portraits in Studio
A Before & After from Photoshop Retouching
An Orem Wedding in the Time of COVID-19
Maya’s Fashion Portraits on the Bonneville Salt Flats
Dave & Doug’s Family Photo Shoot in Big...
Children Photo Shoot in Big Springs Park in...
Autumn Portrait Season is Around the Corner
Time is Running Out to See the NEOWISE...
Senior Portraits with Maren on Provo’s Center Street
Home Events Halloween Party Photos for 2015
EventsLGBT Events

Last Saturday was Halloween and it is a holiday to be scary, sexy, politically incorrect, and have a lot of fun. I was hired to photograph the Halloween party that was hosted by the Utah Pride Center and held at the Rose Wagner Theater in Salt Lake City. There were a number of sponsors for the event and the was a dance floor on the stage. I wasn’t there to wander about and create candid portraits though… my job was the “step and repeat” which is similar to a red carpet with a logo filled background. I brought my studio lighting and would photograph people who wanted a photograph. 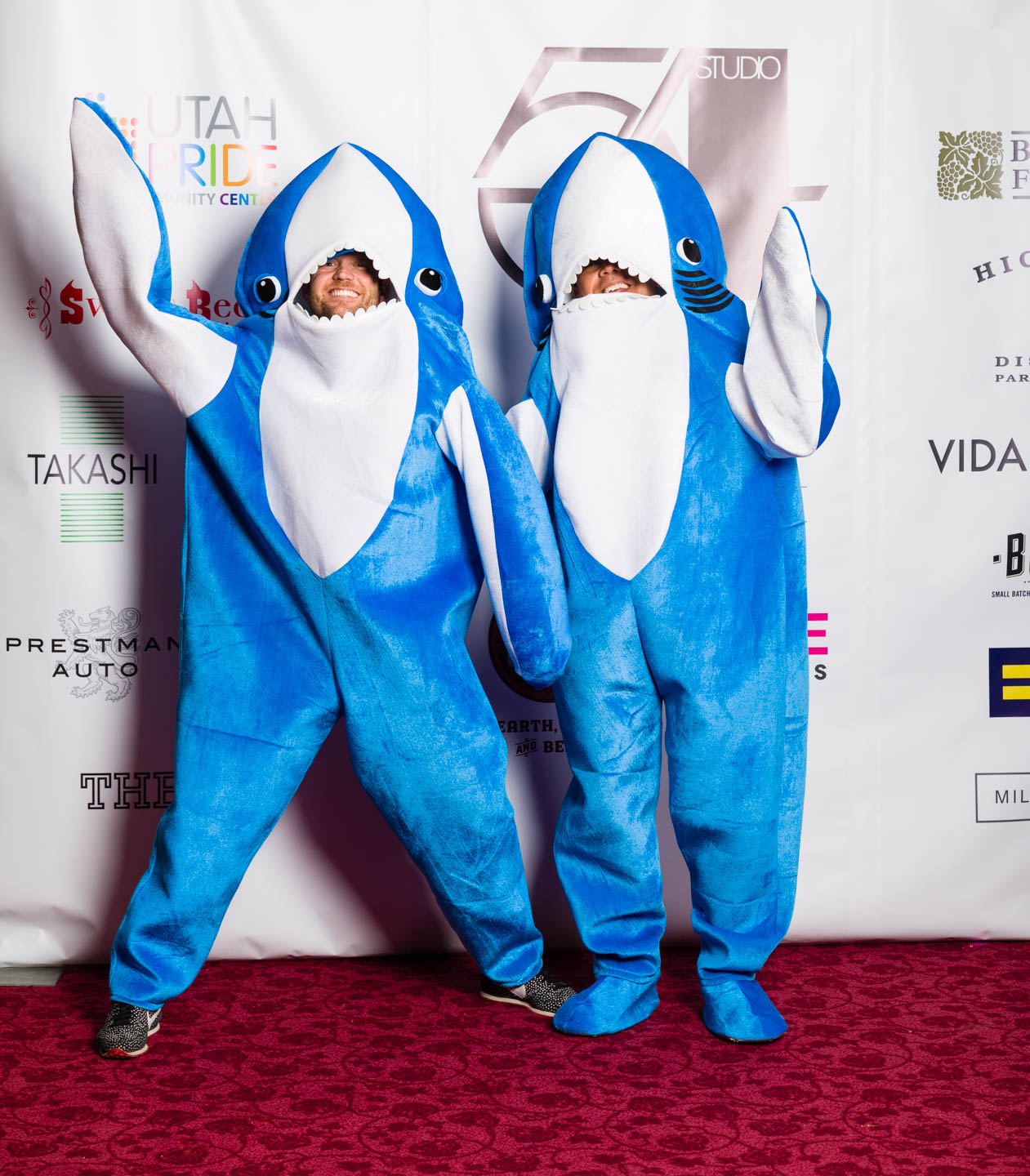 From the Superbowl it is Left Shark and Right Shark

There was also a photo booth on hand that would print out the photos there. My photographs were available on Facebook the next day. As I write this blog post almost 14,000 people have seen the Halloween photos. That is pretty good for a Facebook page. 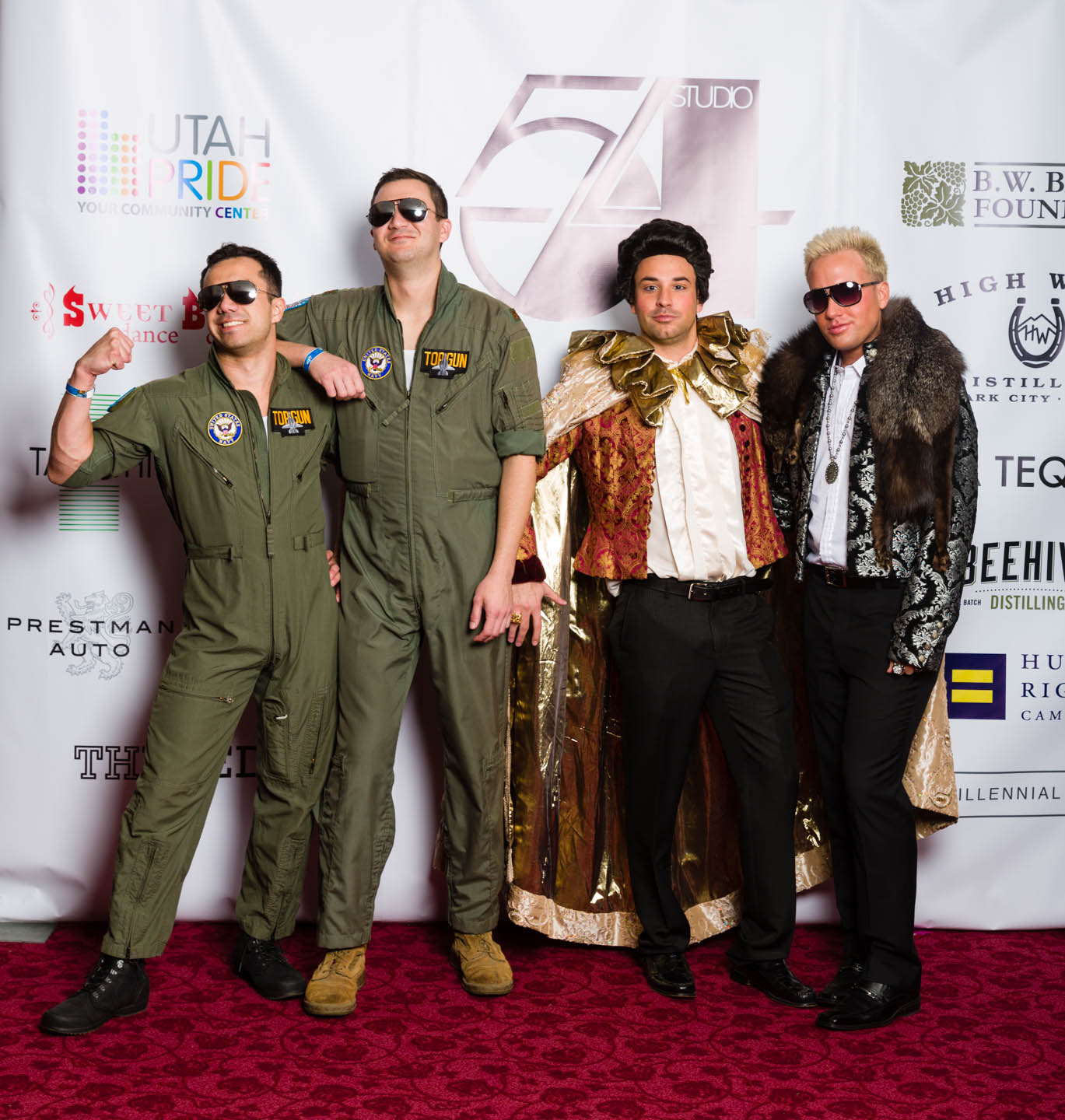 Photos at the step and repeat 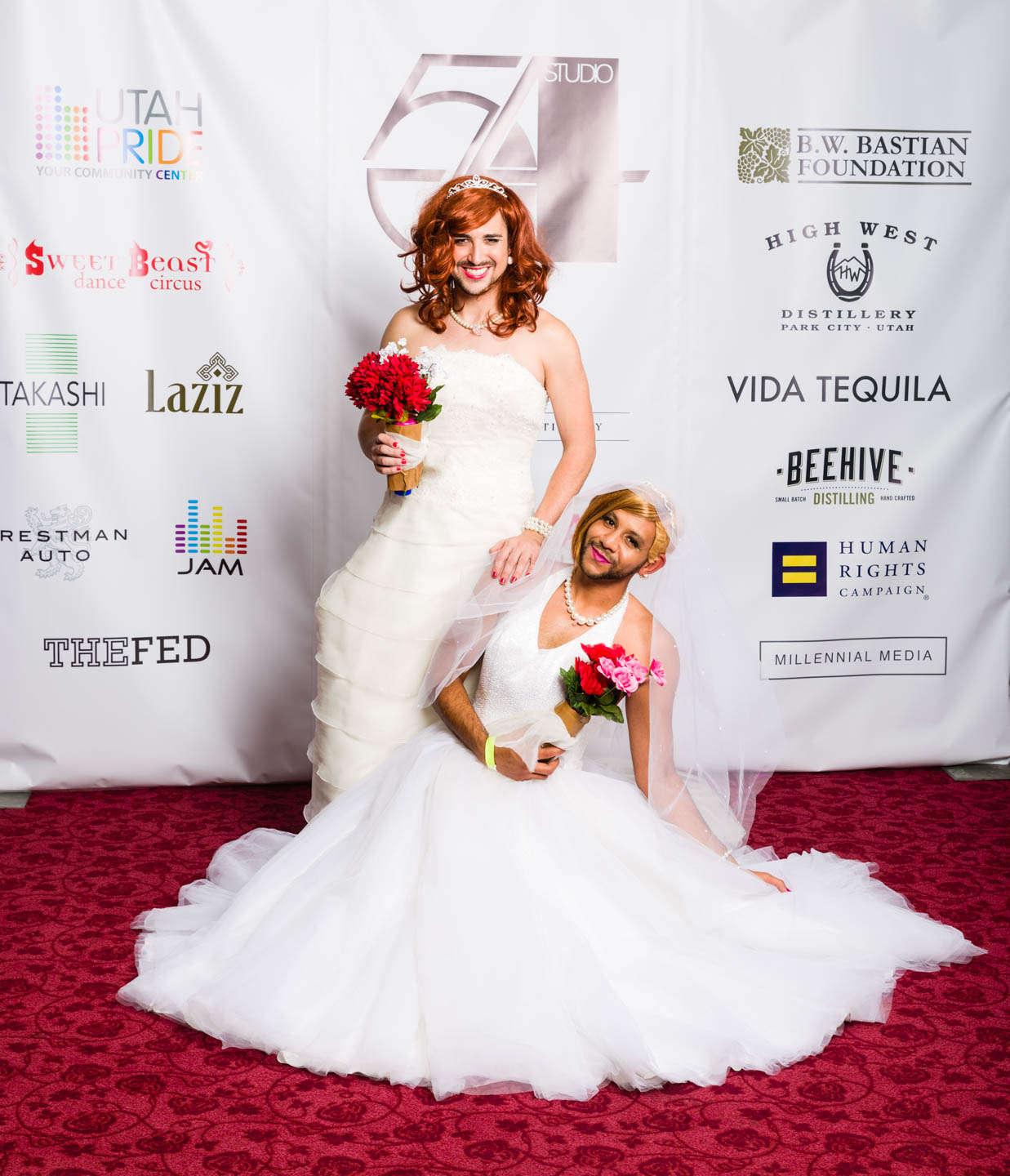 Always the bride and never the bridesmaid 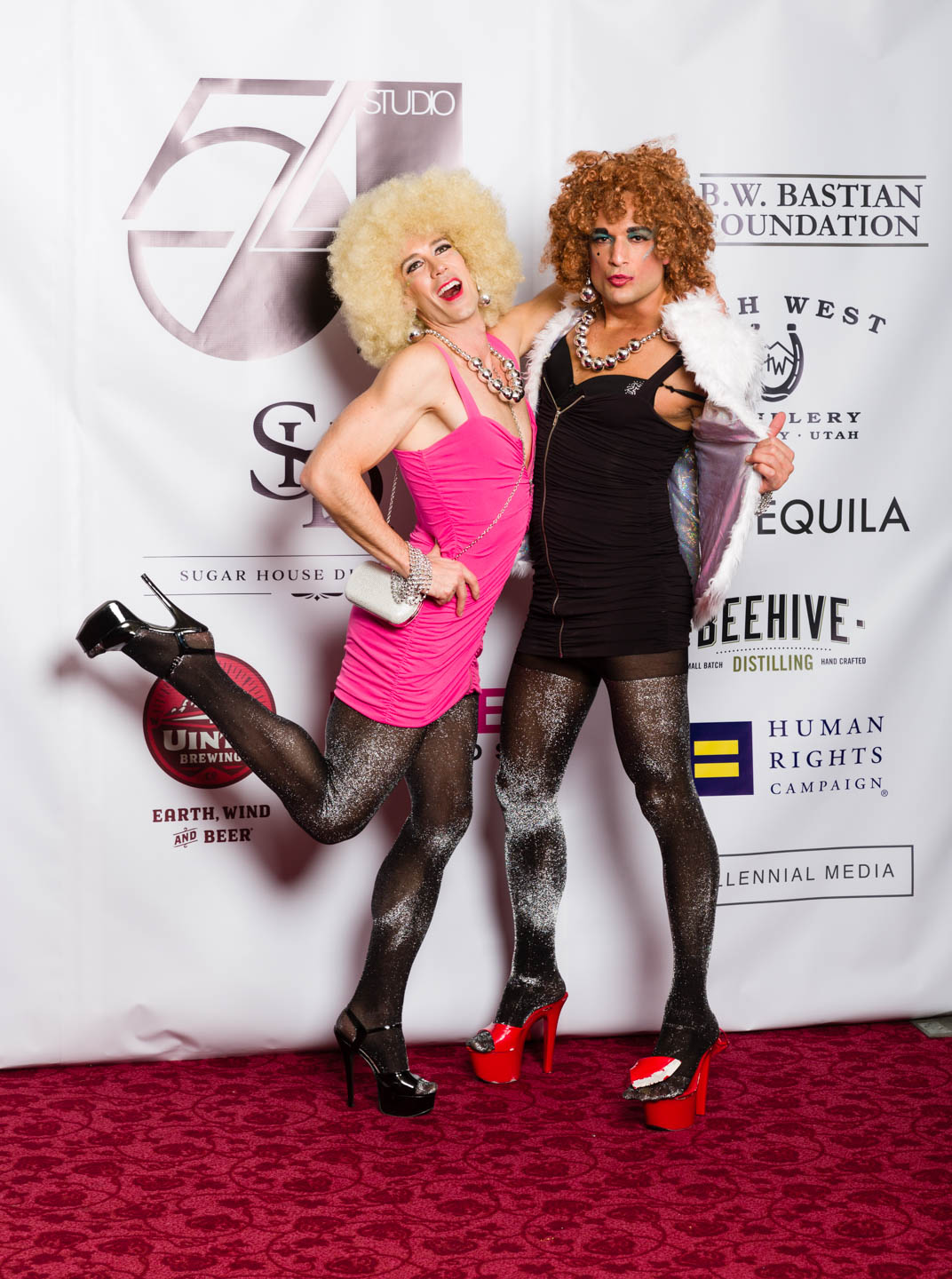 Drag is a classic Halloween costume

Here is the behind the scenes photograph of my photo booth. I’m sure there is an official term since photo booth also can be used for the actual booth where they take photos. And we have 2 people on stilts. The ceiling was a bit low in this location. 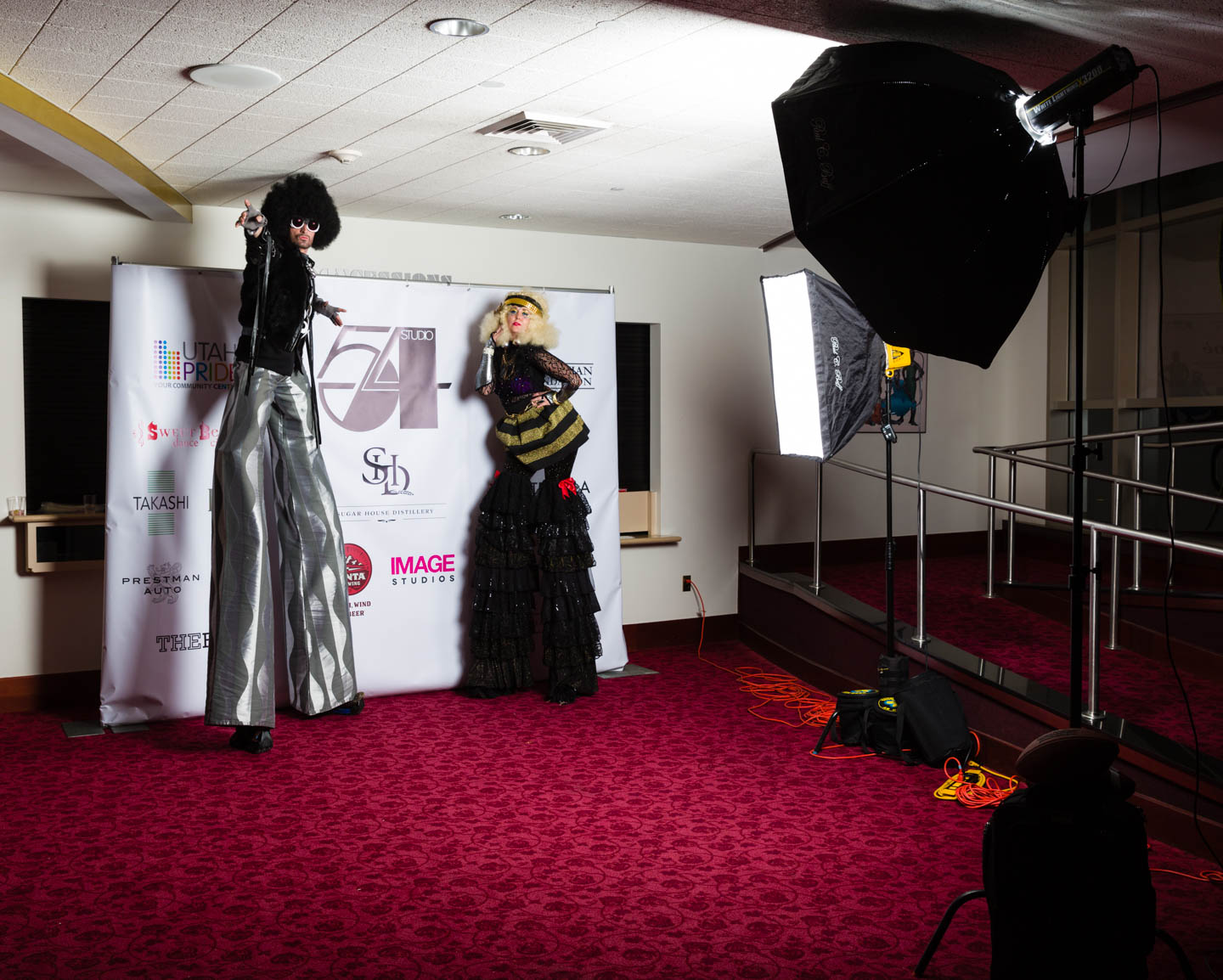 A behind the scenes photos of the photo booth

And here are CJ and Red. I photographed their wedding a year ago and it was fun to see them again. They were Khaleesi and Khal Drogo, which was a popular costume from Game of Thrones. 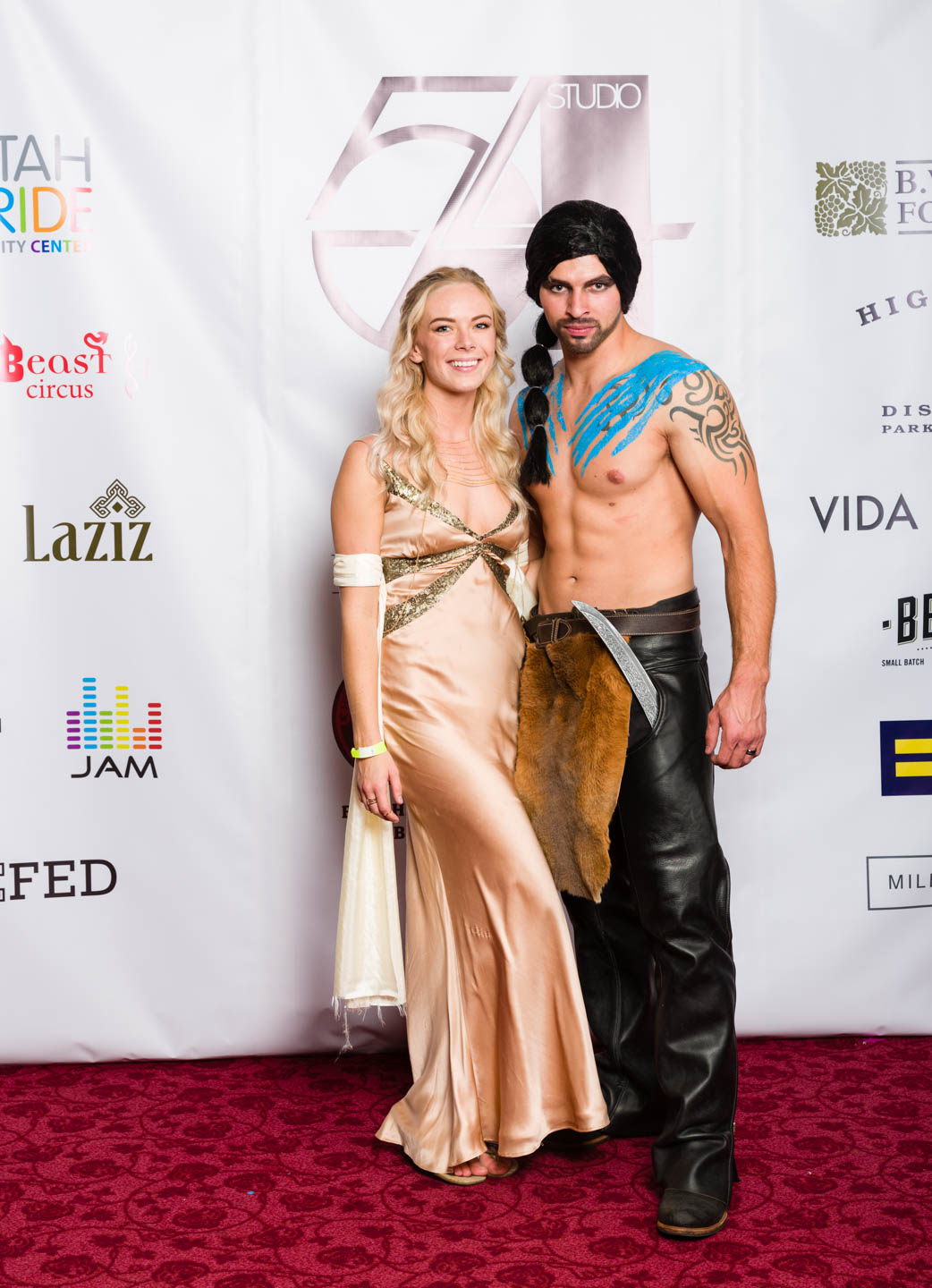 Khaleesi and Khal Drogo. And I photographed this couple’s wedding

And the lumberjack in the following photograph was actually in a motorcycle accident a few days before Halloween so his bruises and scars are real. Ack! 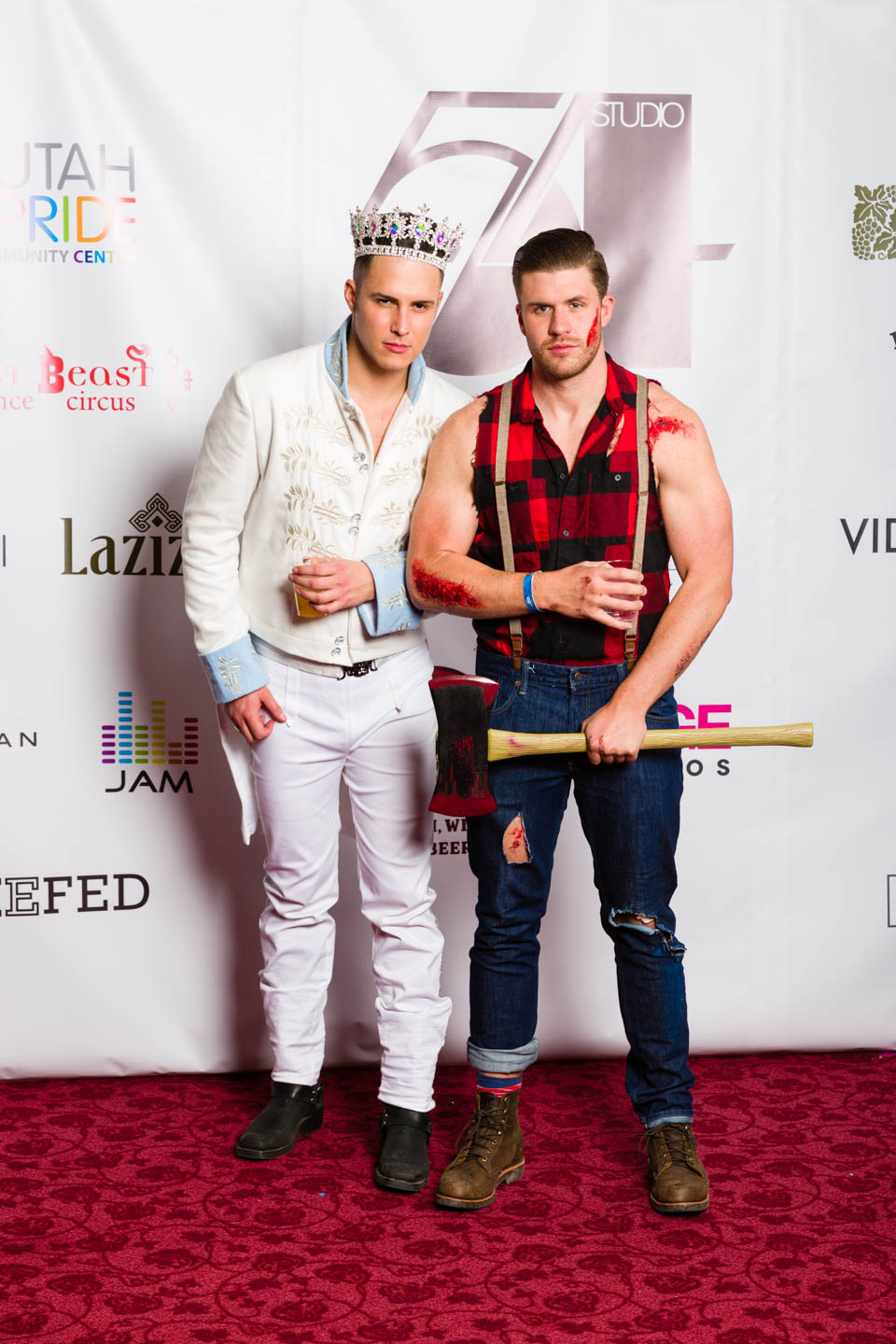 Prince Charming and a lumberjack from a motorocycle accident 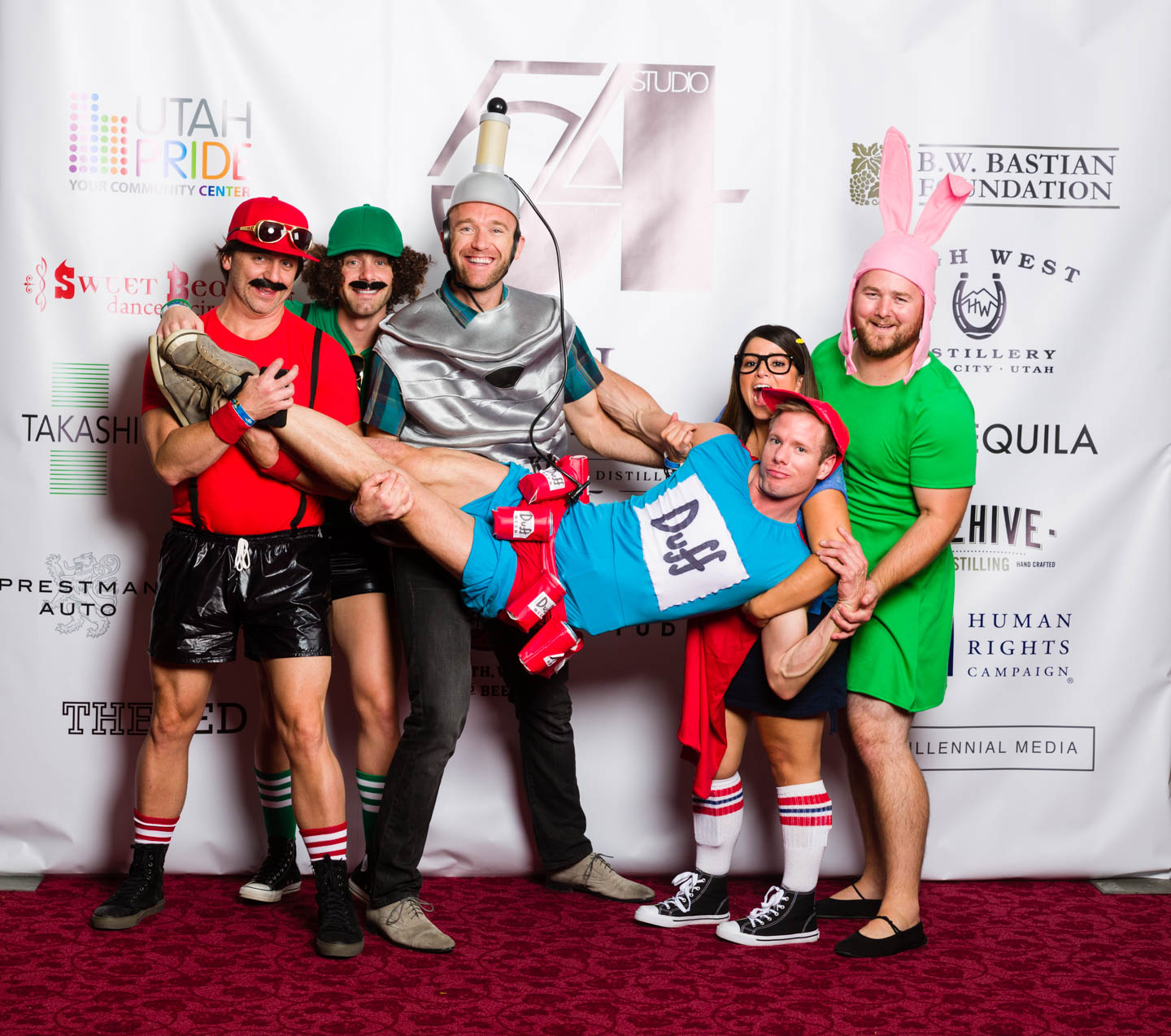 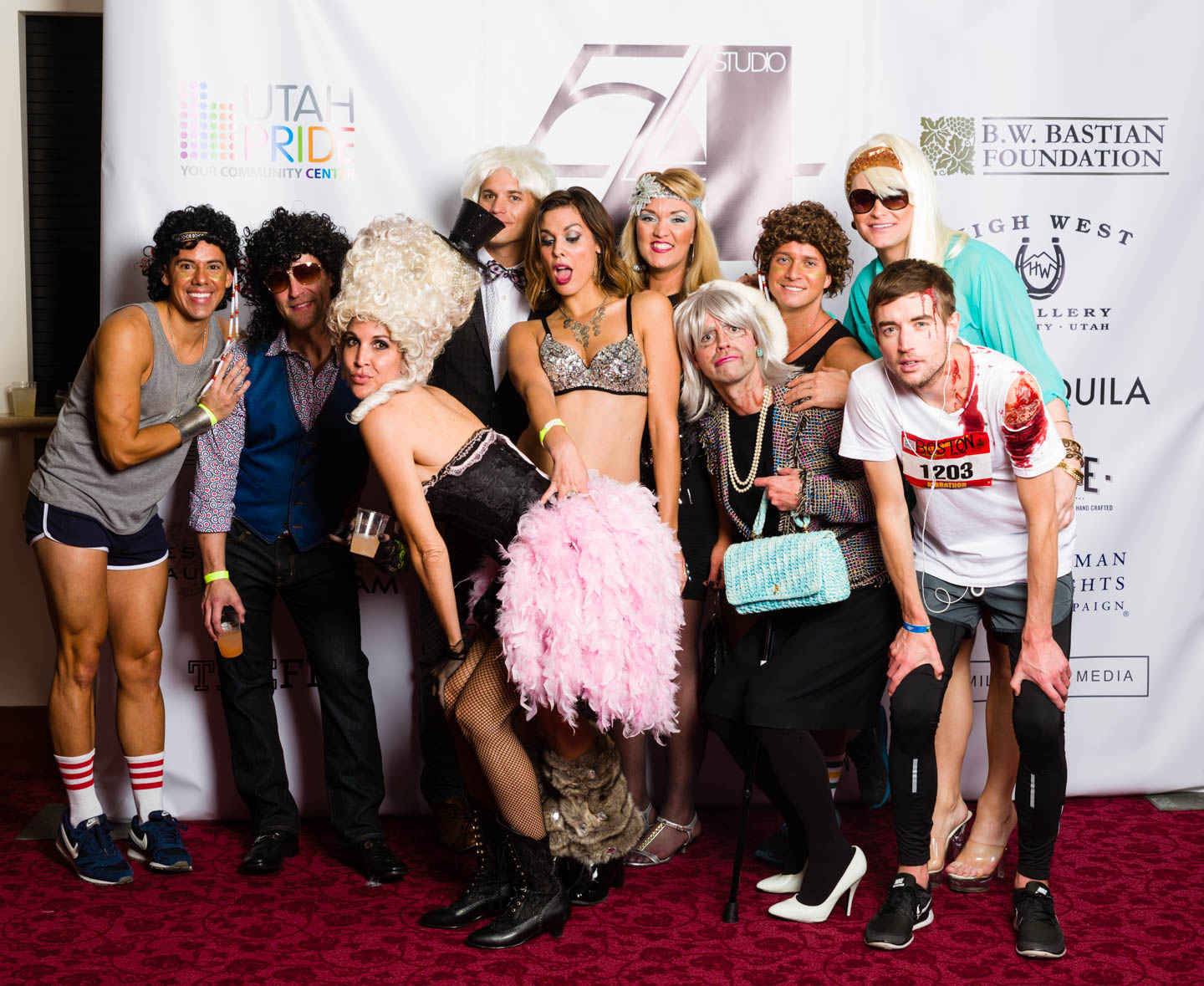 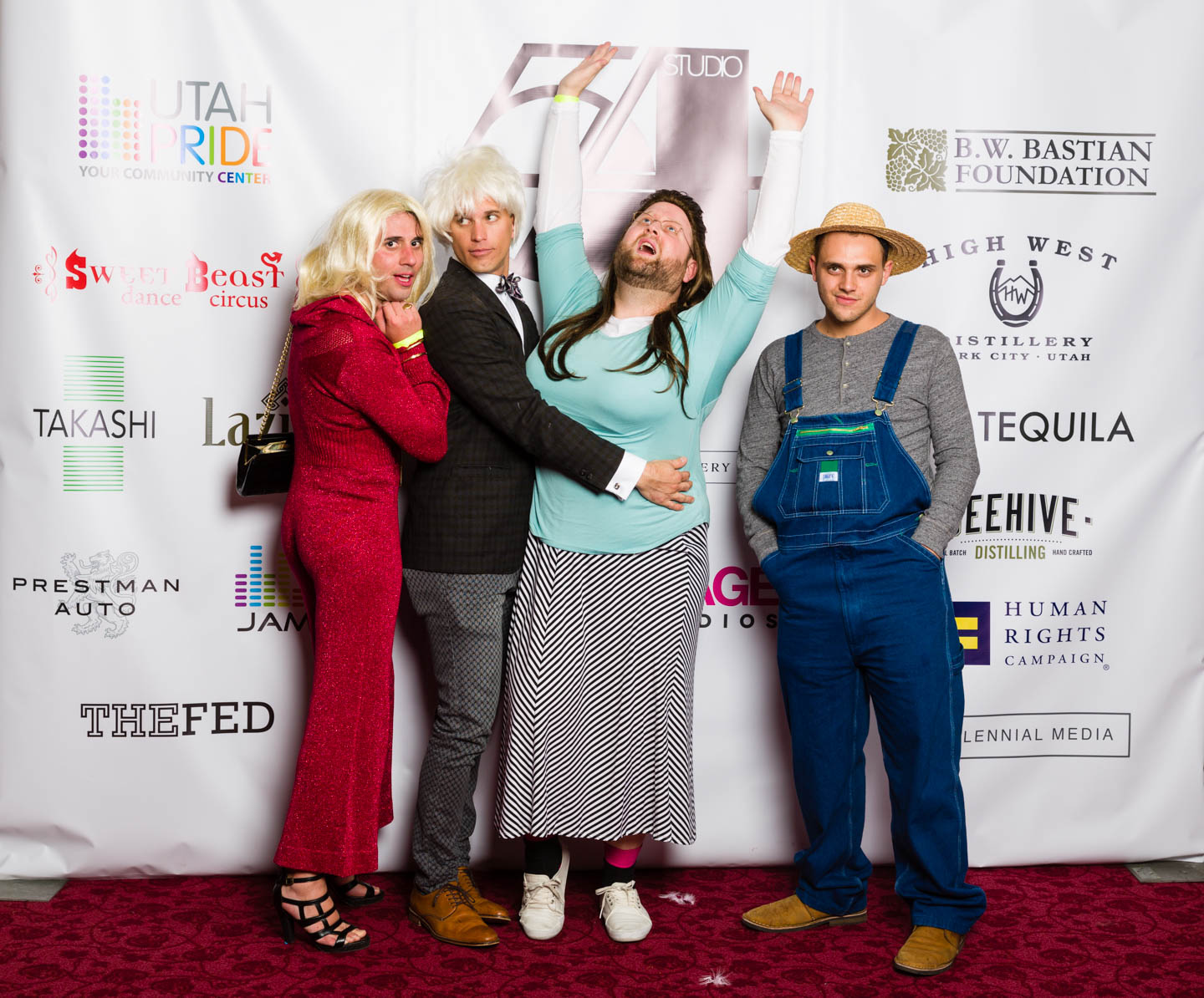 Kim Davis and her husband were in attendance 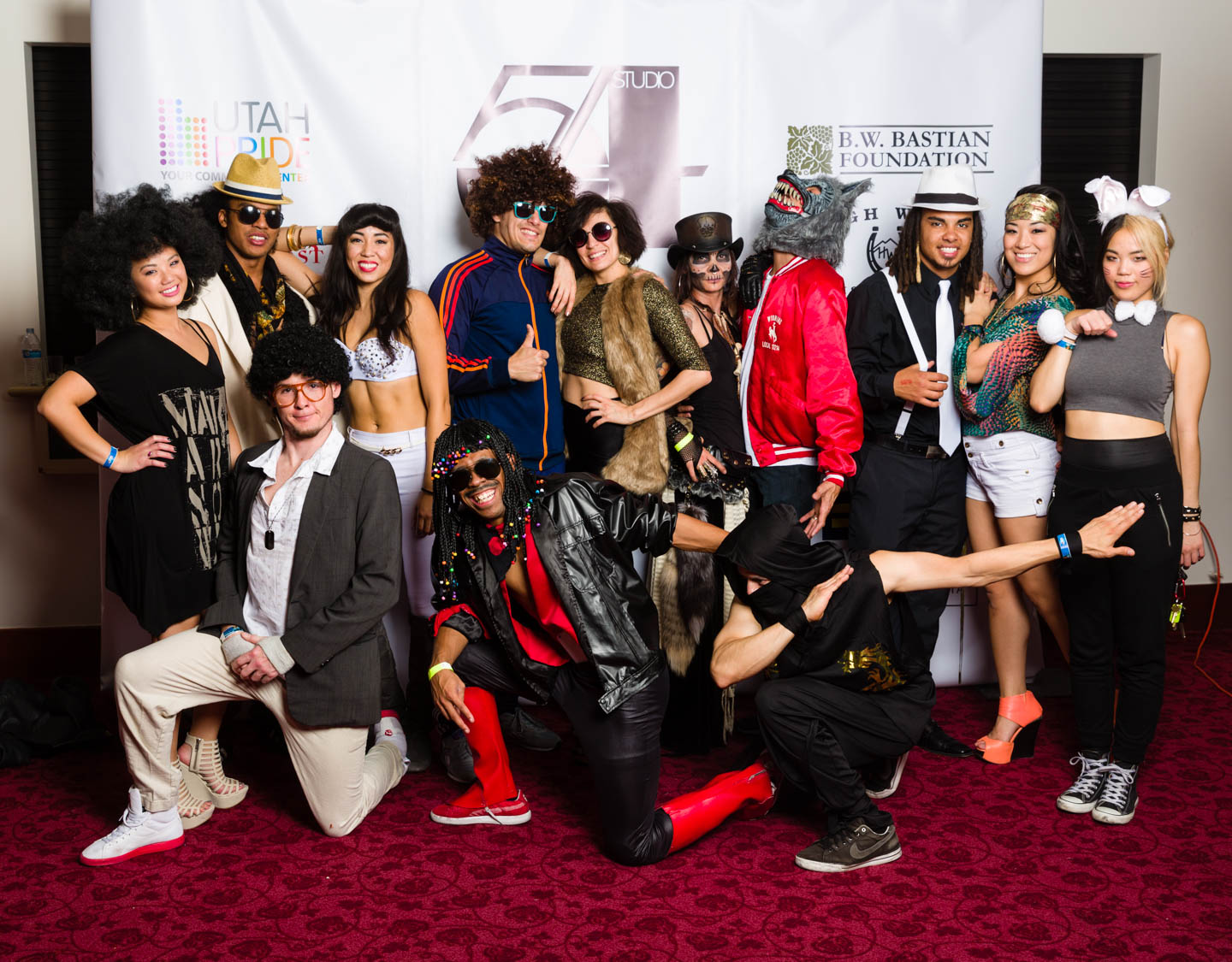 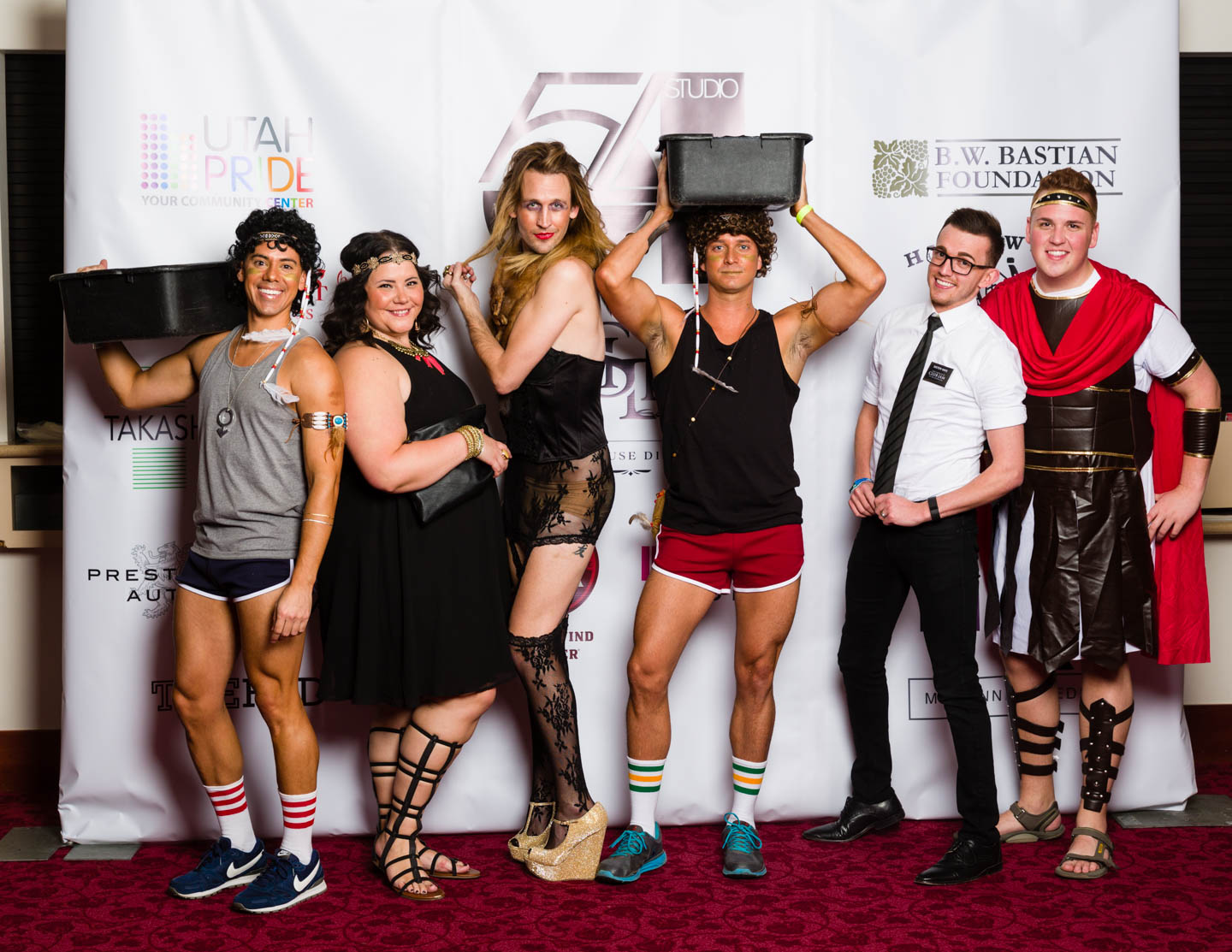 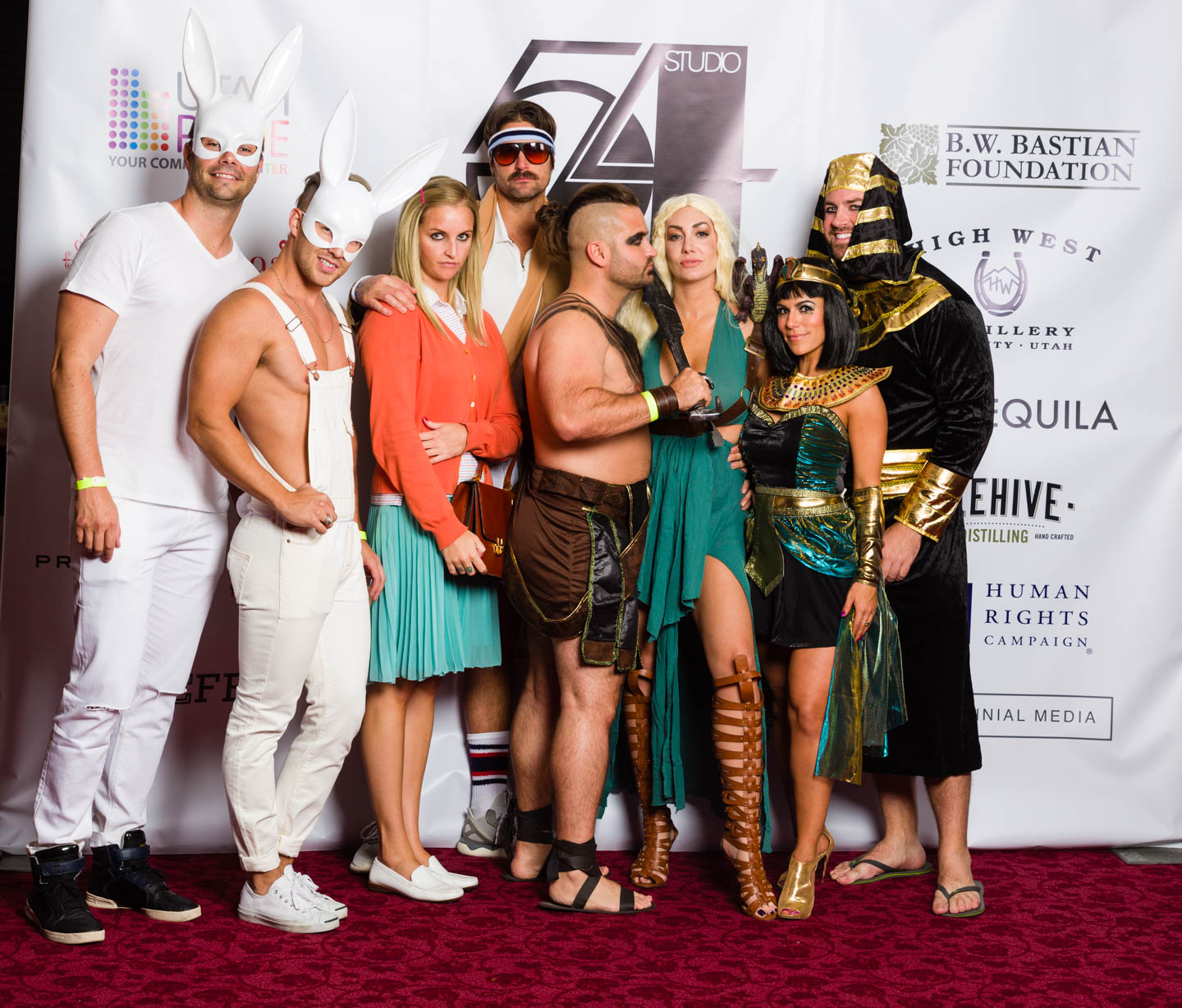 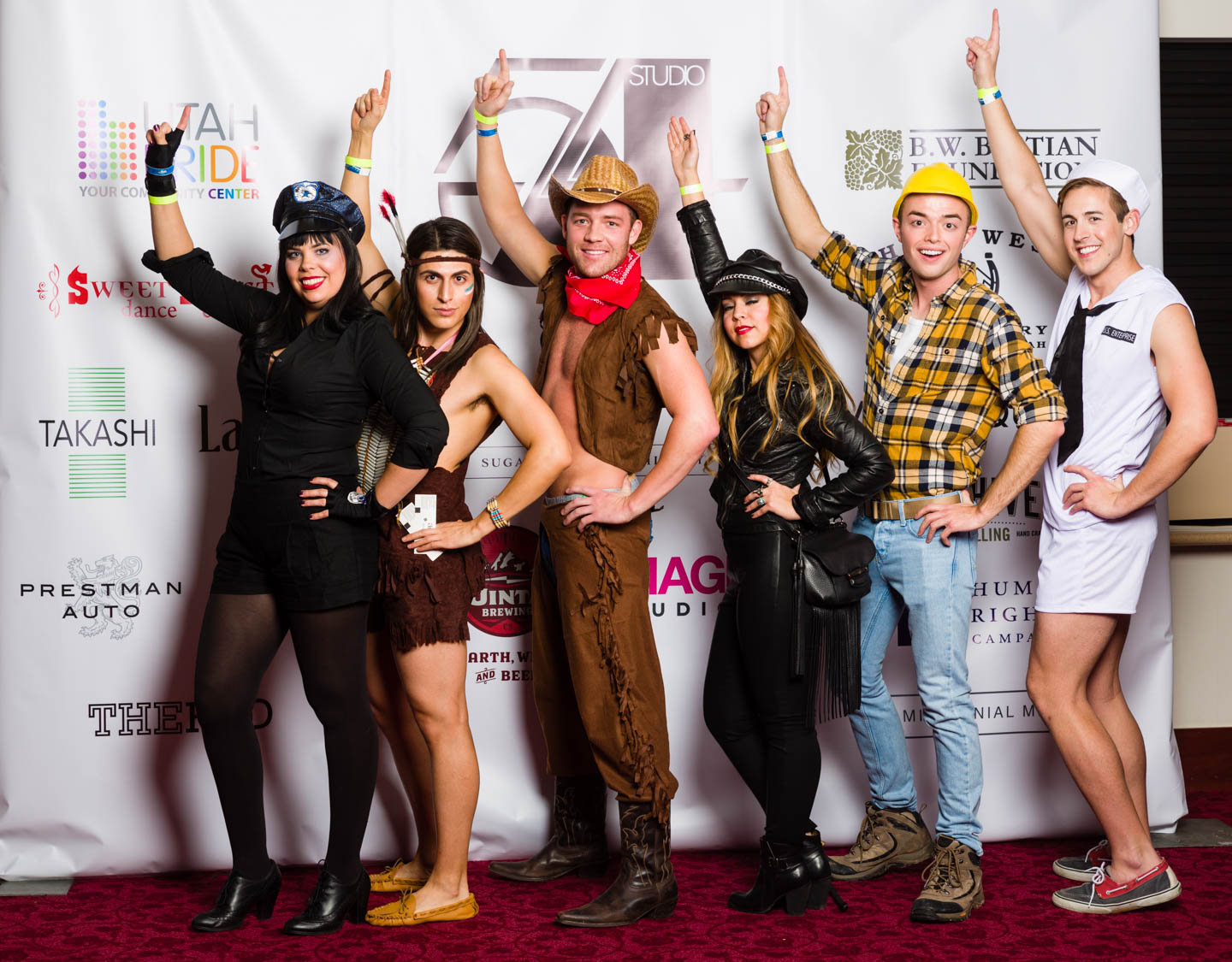