This post has about 13 Photoshop composites with my friend Julio. He has been one of my practice models for a few years now. Most of his photographs were shot in studio and then I use a combination of stock photography and my own photography for the backgrounds. I try and match up outfits, lighting, and theme so things make sense. The studio has a changing room so we can get a number of different outfits from casual to stylish and fashion forward.

As an artist/photographer and Photoshop I have complete control over how I want a photograph to appear. We can have as much shadow that we want. If we shot this photograph in real life we may have exaggerated shadows going behind the subject. If we add just enough shadow it looks real but more pleasing. 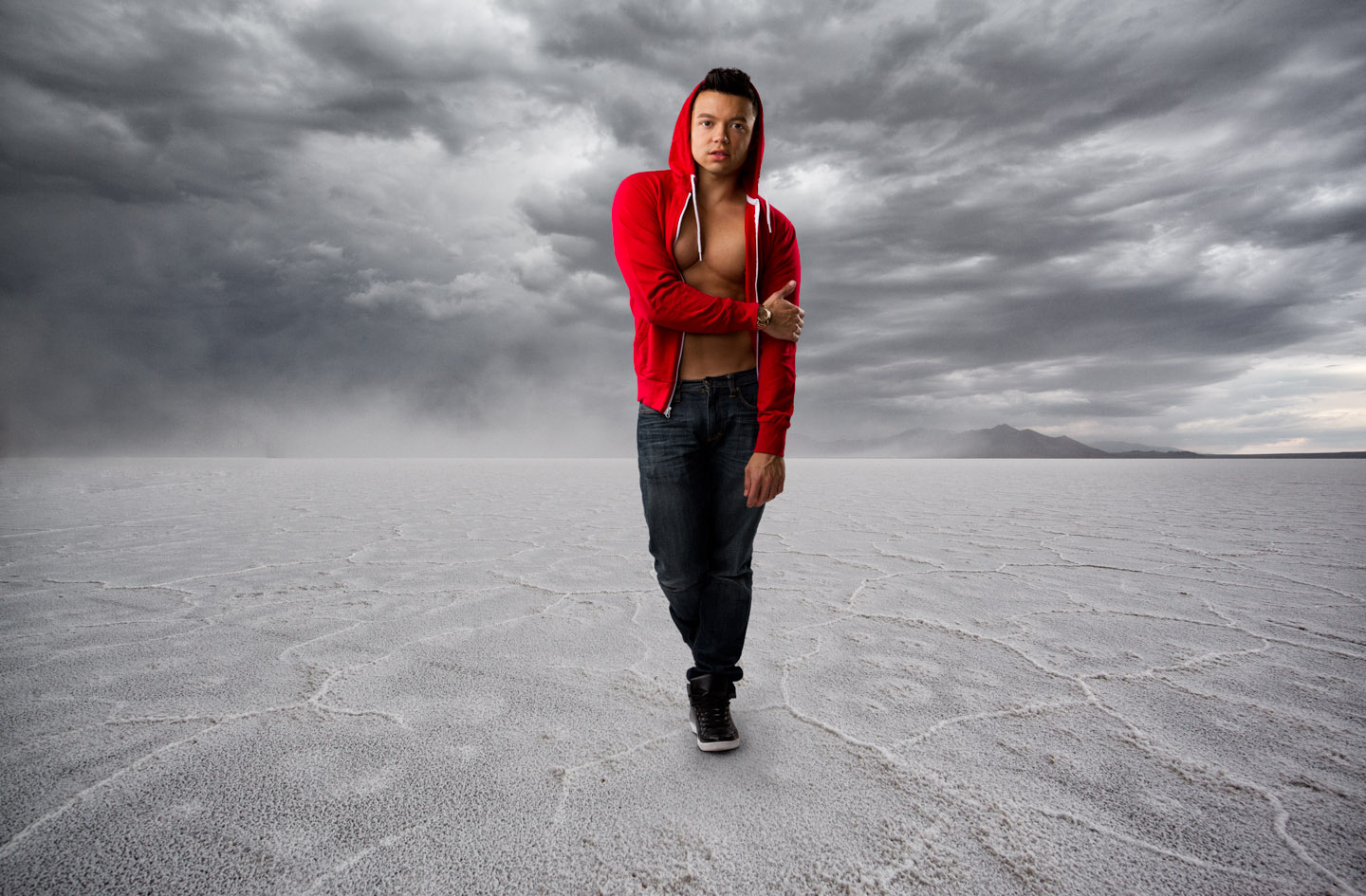 Julio on the Bonneville Salt Flats

I haven’t been to Greece but I did find this awesome photograph of the Acropolis of Athens with a spot that is perfect for a model to stand and pose for the camera. 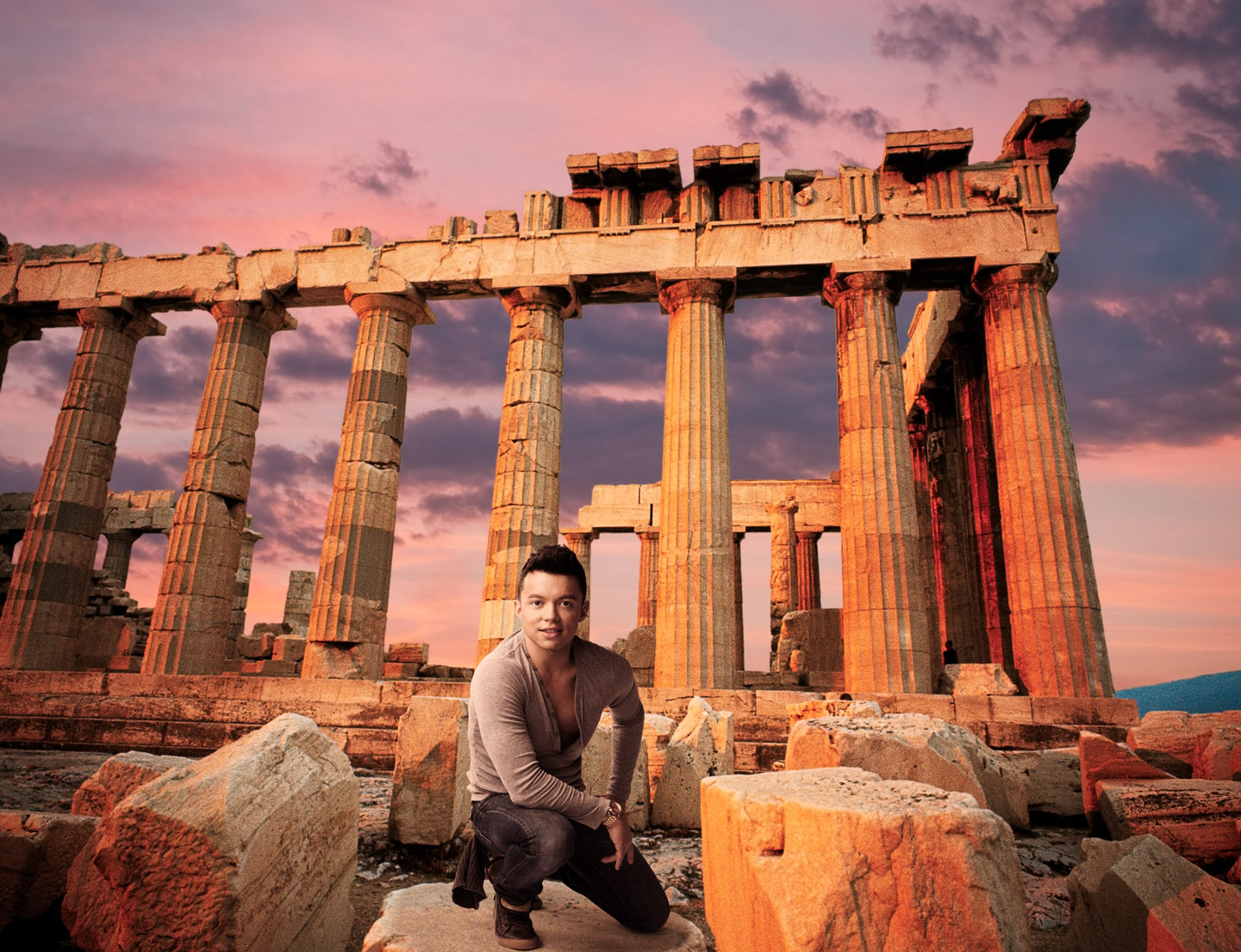 Julio at the Acropolis of Athens in Greece

Another thing I don’t have is a private jet, but with another stock photograph we have a cool photograph of Julio ready for a photo assignment on the plane, woo hoo! 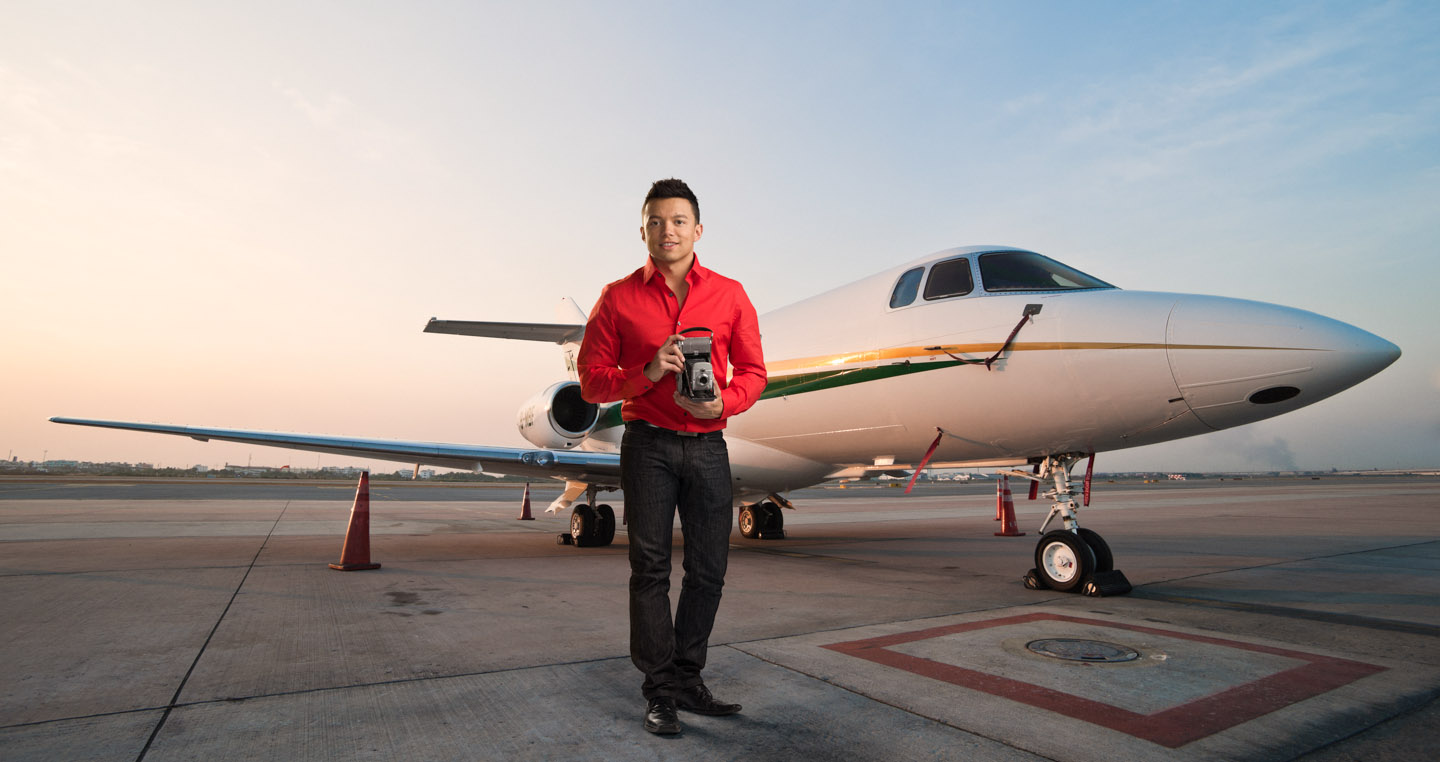 Julio and the private plane. This was a stock photo background.

I did photograph the City Creek Mall! A number of photographers had made arrangements to explore and photograph the mall one Saturday morning before crowds of shoppers arrive. Most malls will forbid photography of any kind. You would think that snapshots would be a good idea. People sharing photos of your mall on Instagram might make your mall more popular. I do understand pro photographers from having photo shoots on the mall—we would get in the way of a shopping experience. I photograph with lights and lightstands and that would get in the way. With Photoshop I can fake the whole experience. All I need to do is act the tourist and create background photos and then later drop the model in with Photoshop. 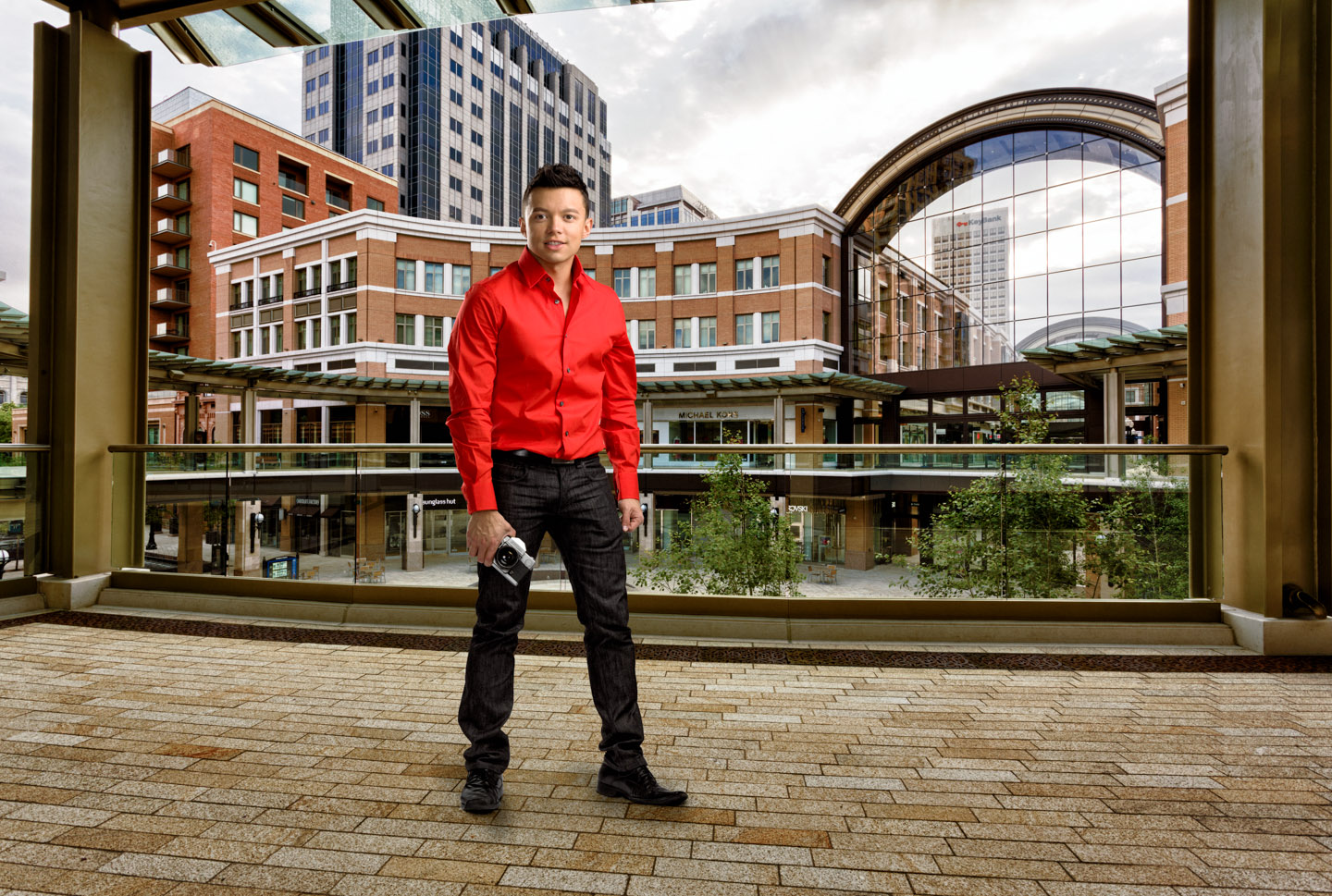 Julio at the City Creek Mall. Regular photography isn’t allowed so we use photoshop 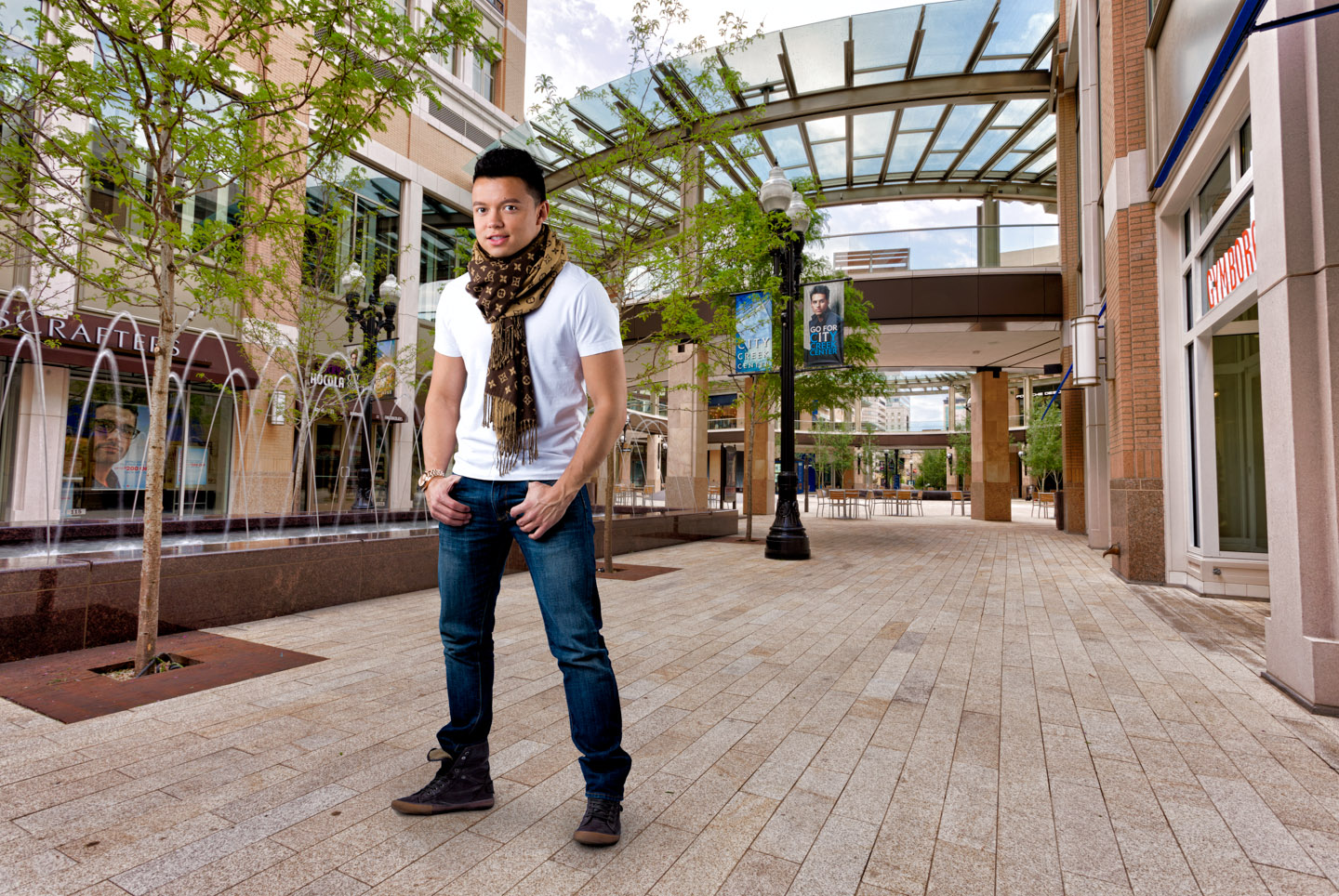 Julio at the City Creek Mall

I have been to Chicago but at the time I wasn’t working on my Photoshop composite project. So I have to use stock photography for shots like this. I’ll make it to Chicago again some day and rock some photowalks. 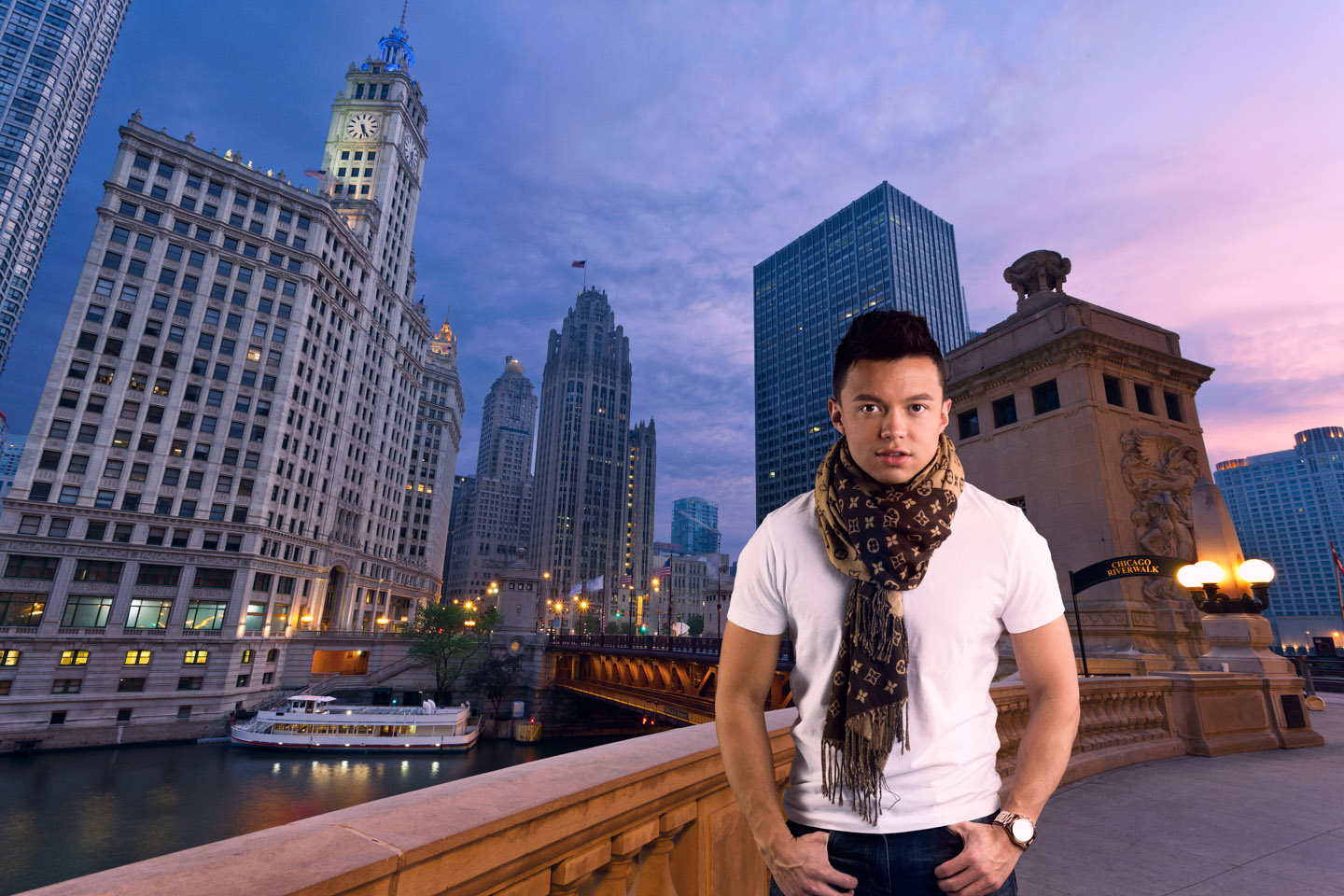 The big challenge of compositing is adding feet or if the subject appears standing or sitting on the ground. It is really easy to create composites and the lower part of the body is cut from view. So Julio sitting at the capitol, or the Grand Central Station is going to be a challenge. With some practice and photos from different angles we can get a realistic image. 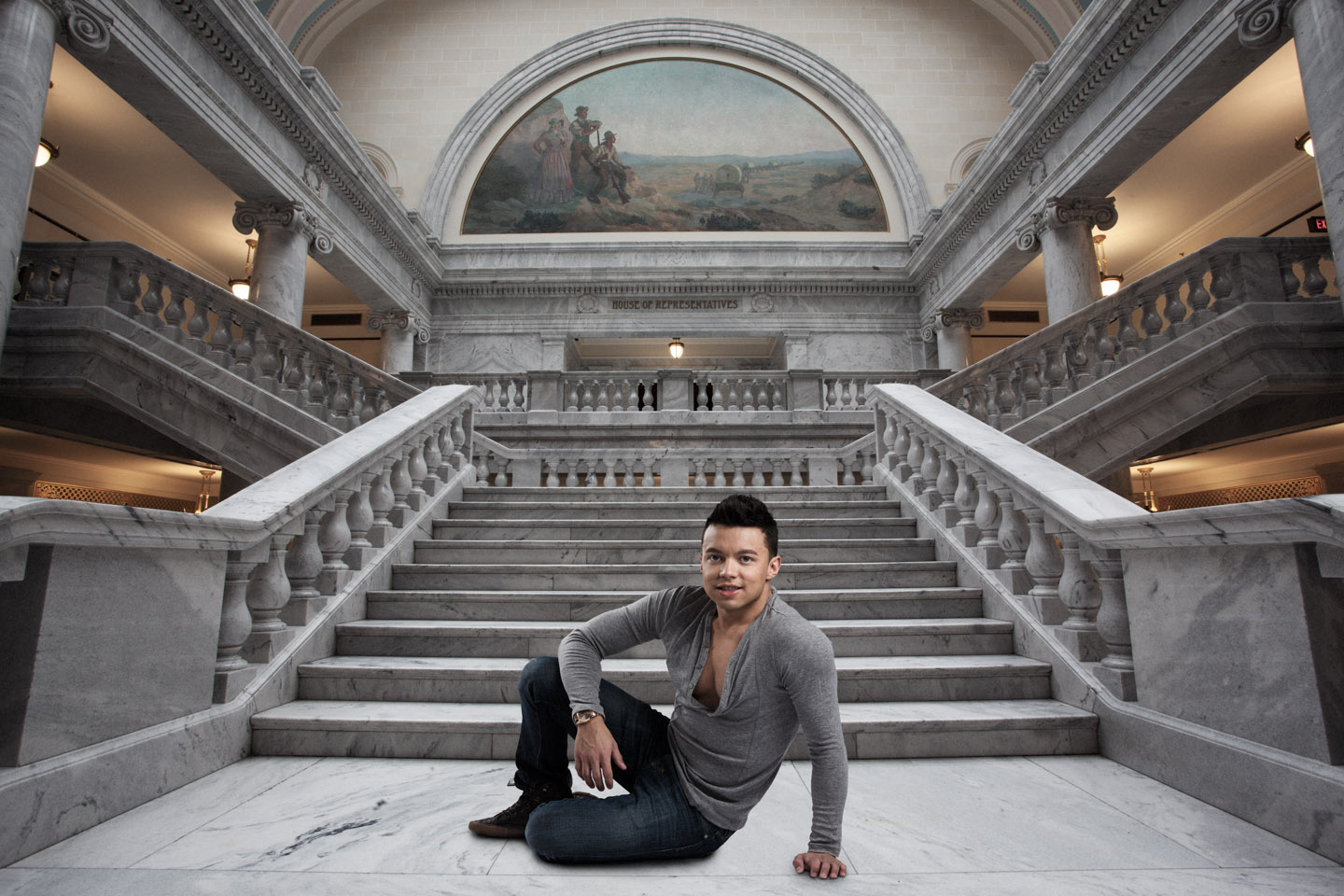 Julio at the Utah State Capitol 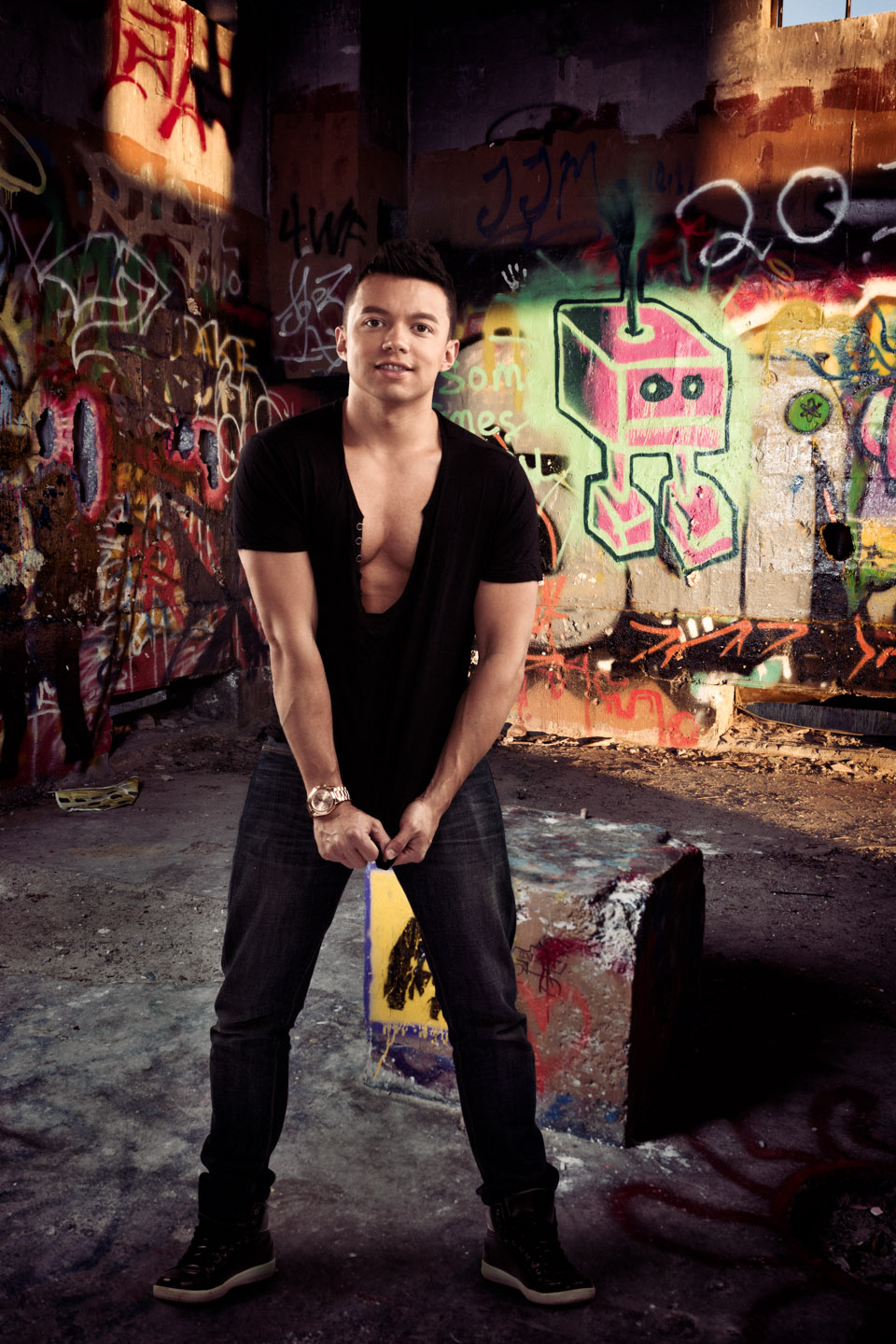 Julio and the graffiti

It’s another photograph where I get to paint in shadows and make feet on the ground look real. It has been hit or miss. But that is why I am practicing and hopefully getting better. 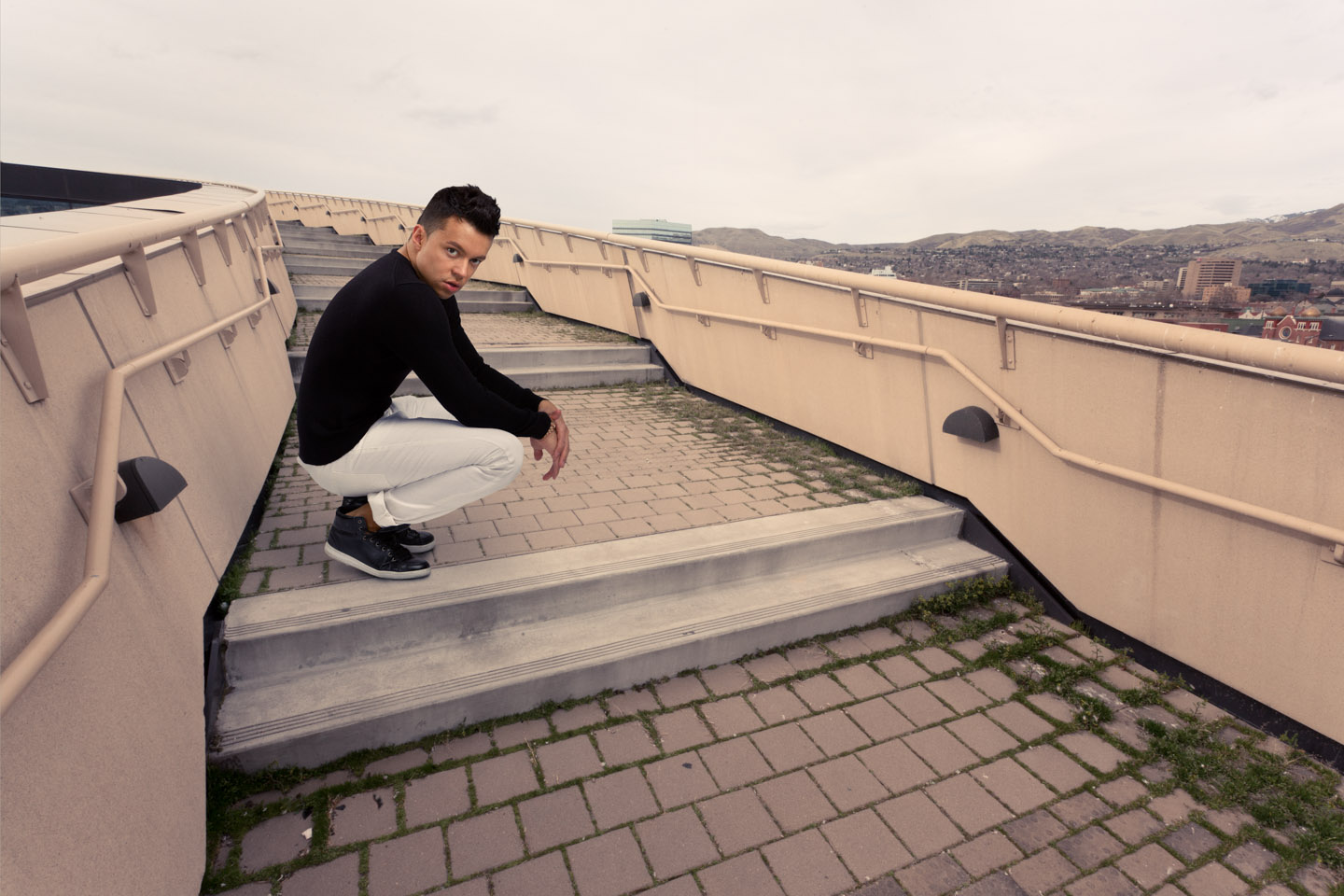 Julio at the Salt Lake Library 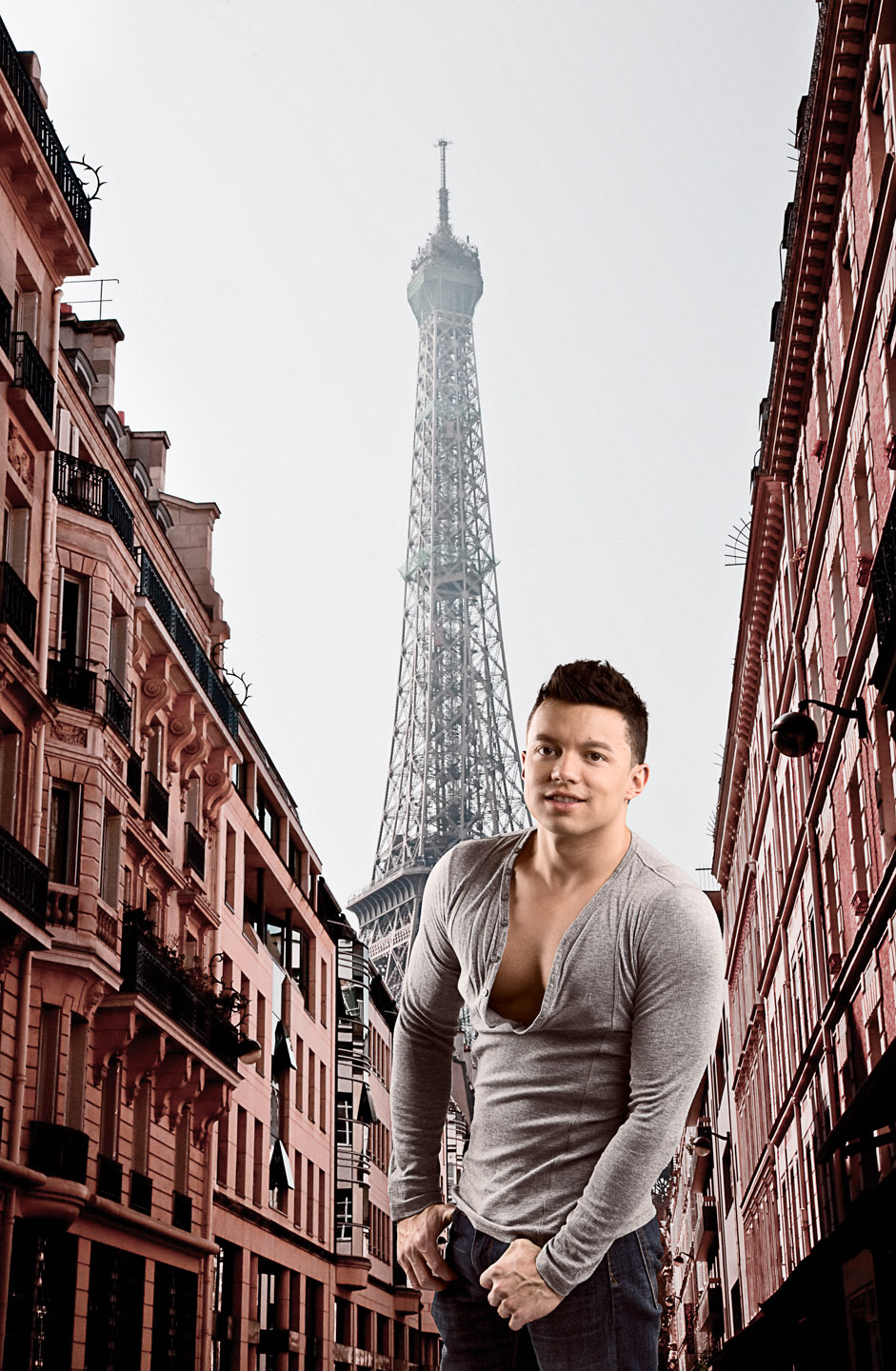 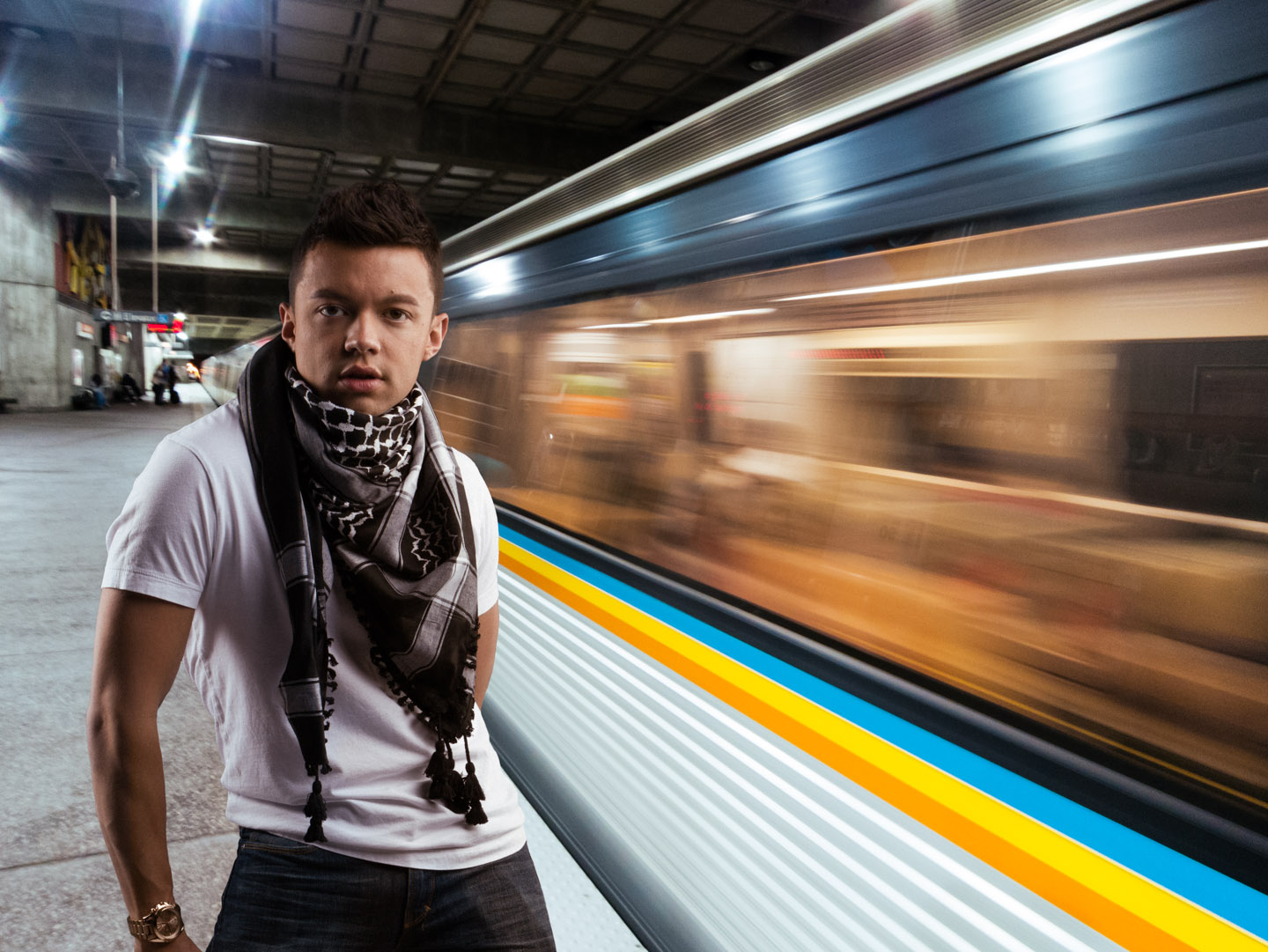 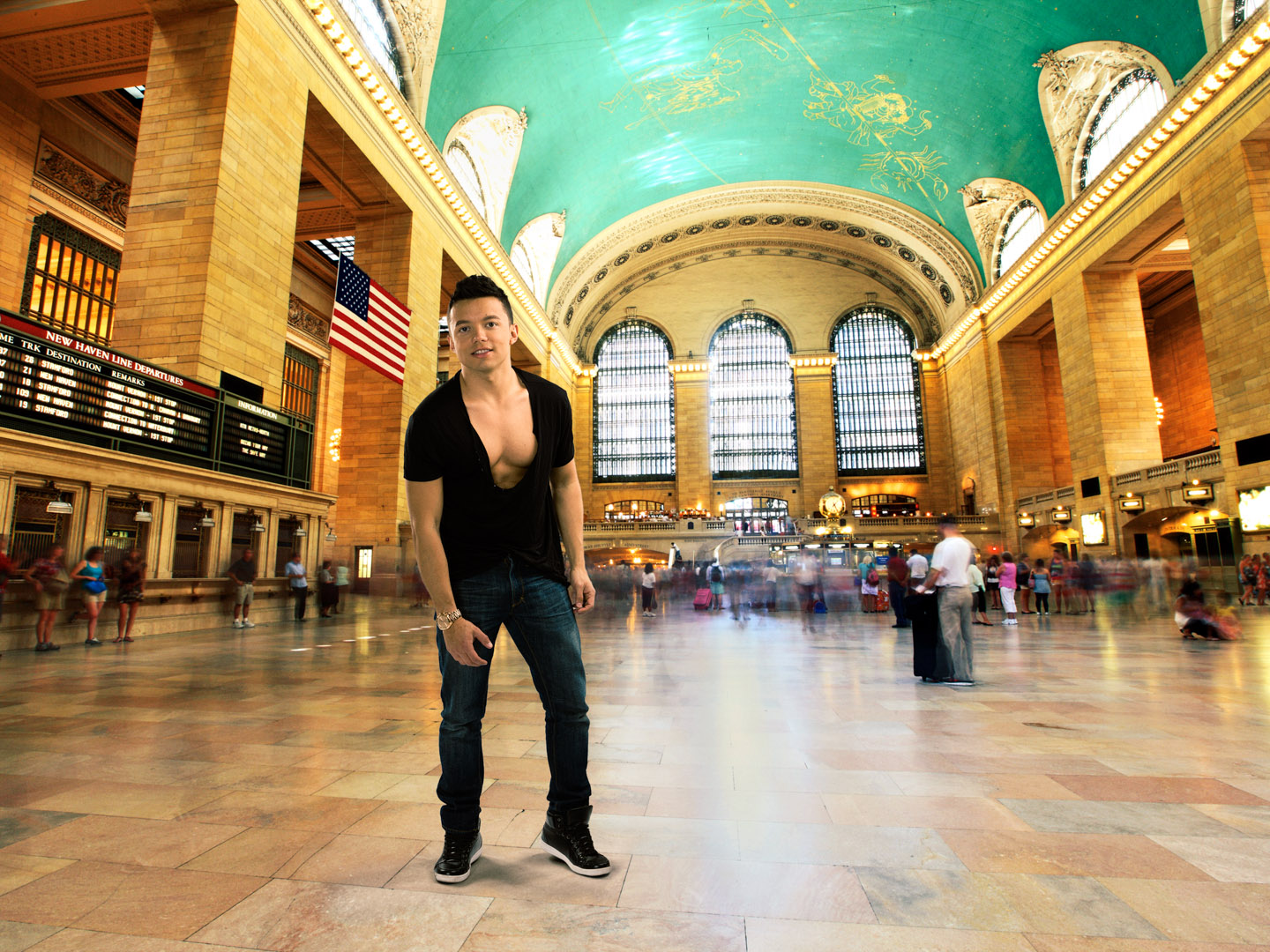 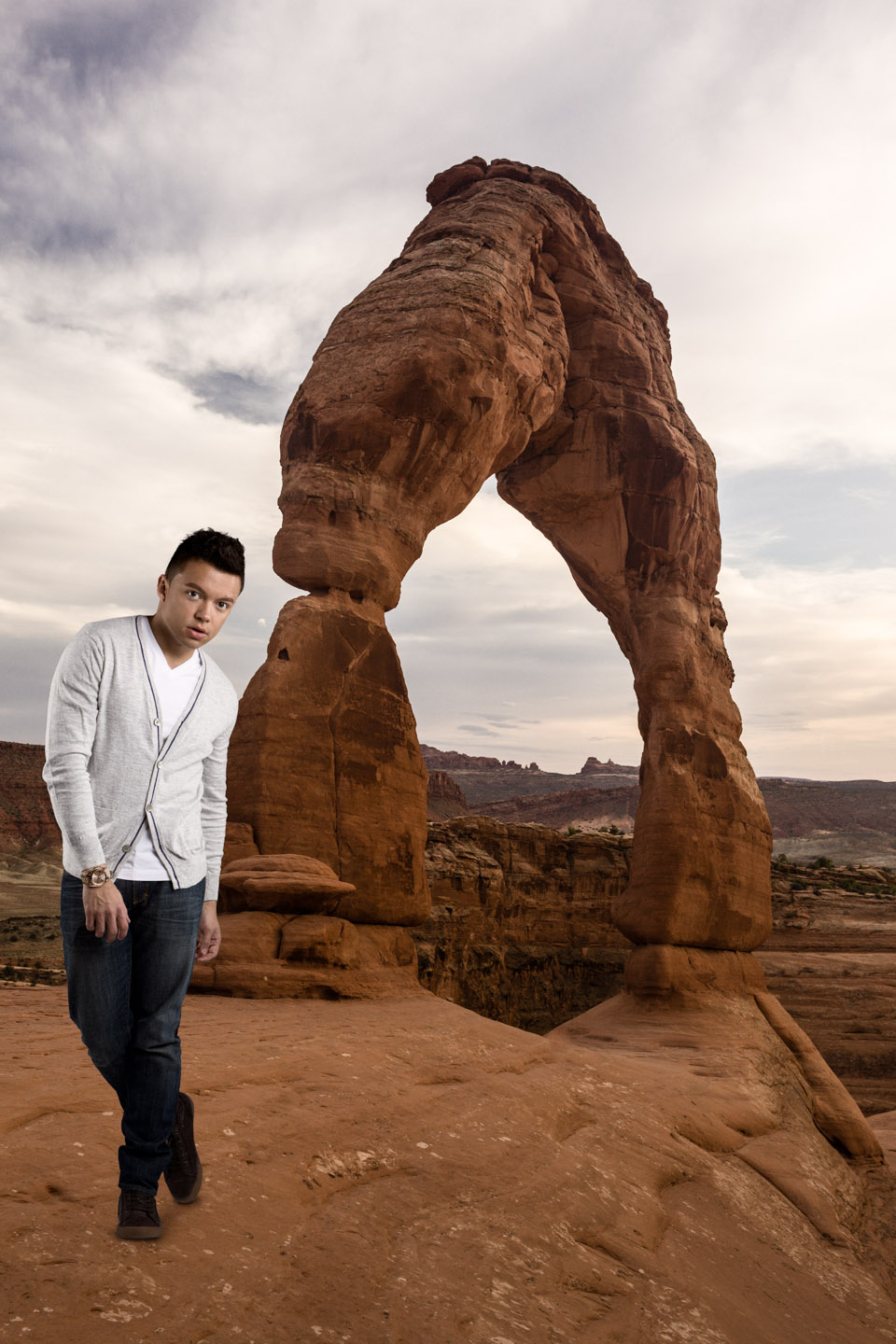 Julio was added to the Bonneville Salt Flats with Photoshop

Riding a Bicycle for Summer—Creating the Perfect Panning Shot