Football season has started and BYU played their first home game against Houston on Thursday night. I’ve had season tickets for a number of years now and I go with my dad and one of my sisters. On occasion we get an extra ticket for a brother-in-law or someone who wants to go. It was a fun, and at times frustrating game.

I do like to bring a camera with me. I usually bring a small camera, something that security won’t frown at. I was able to create this panorama of Lavell Edwards Stadium. It is nice enough to make a large print!

And I had someone take my photograph for me. This way I can prove I was there and I have yet another Facebook profile photograph, yay! 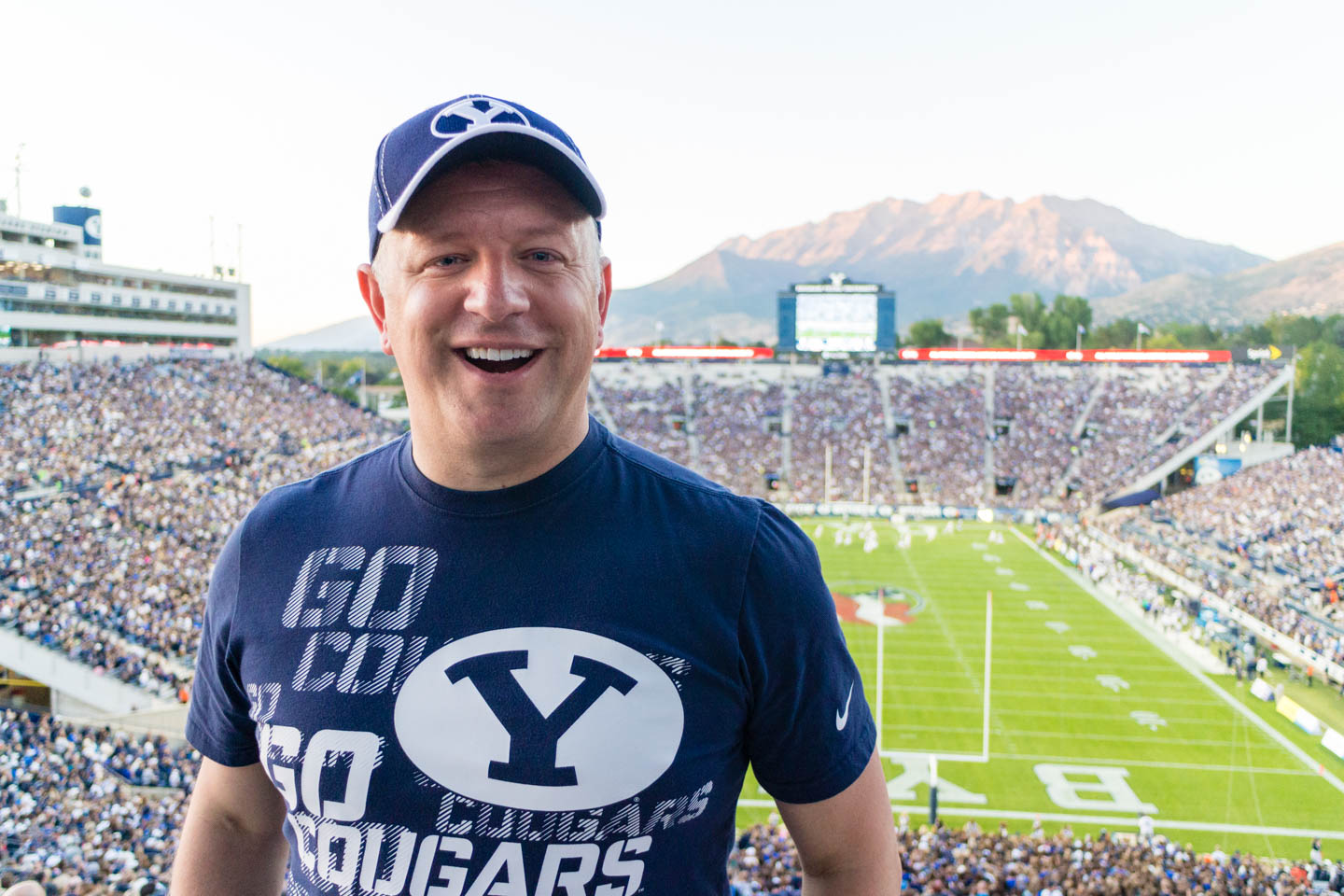 dav.d at BYU’s first home game this year against Houston

We are all the way at the top. My sister cast the deciding vote on where we sit, otherwise I would probably be sitting as close as I can afford. It is also more fun to be with the family and a group and I get some good photos of the stadium. 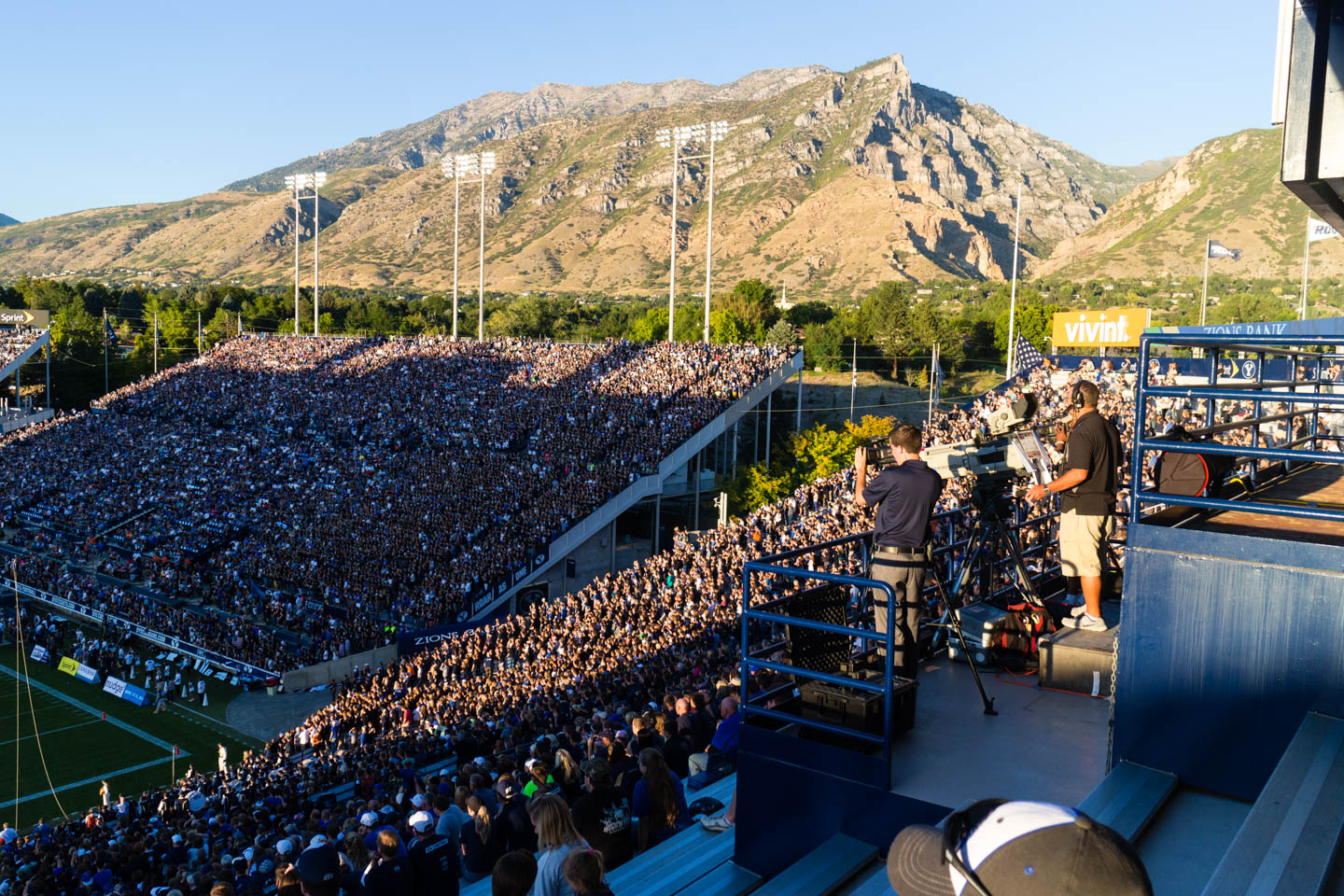 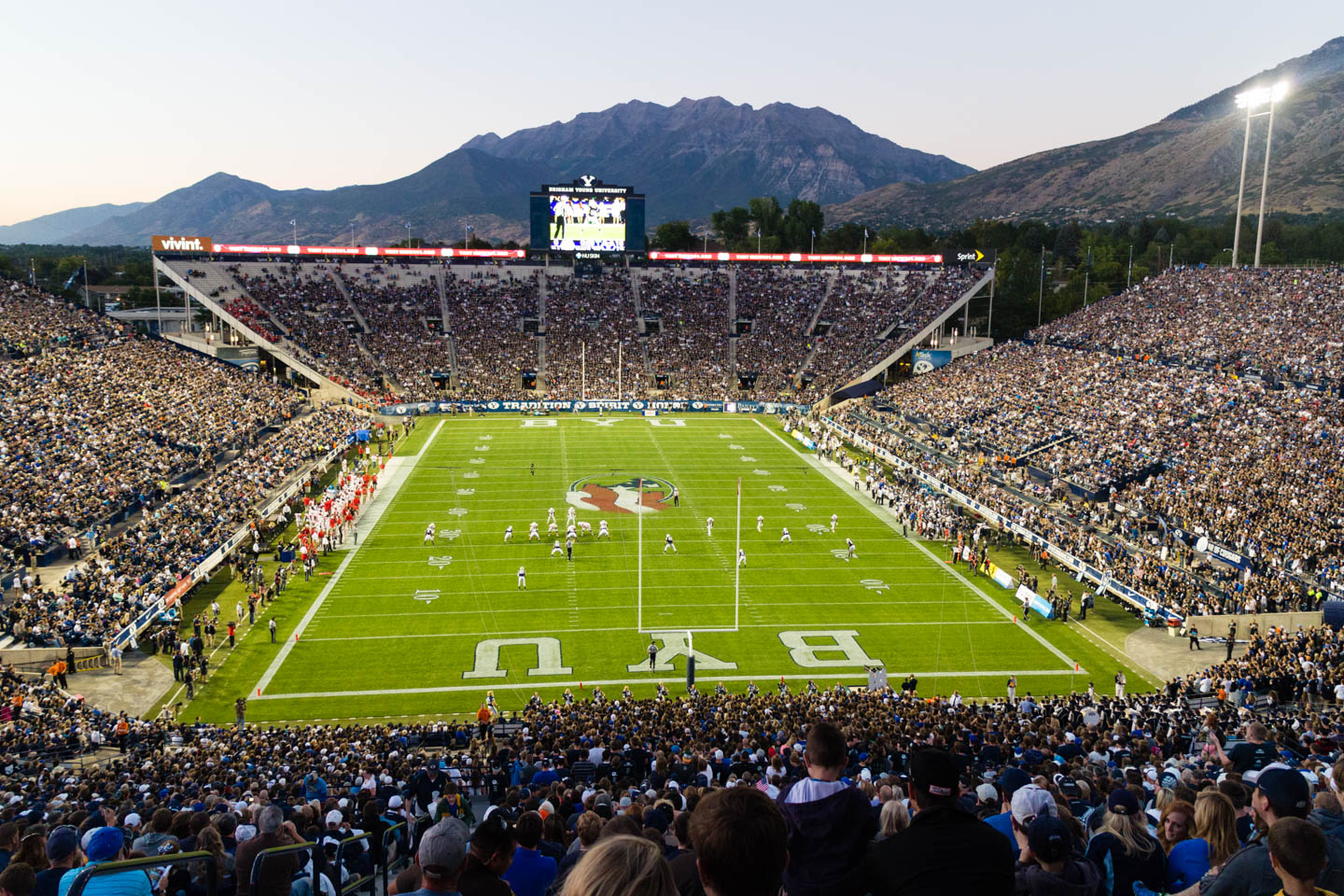 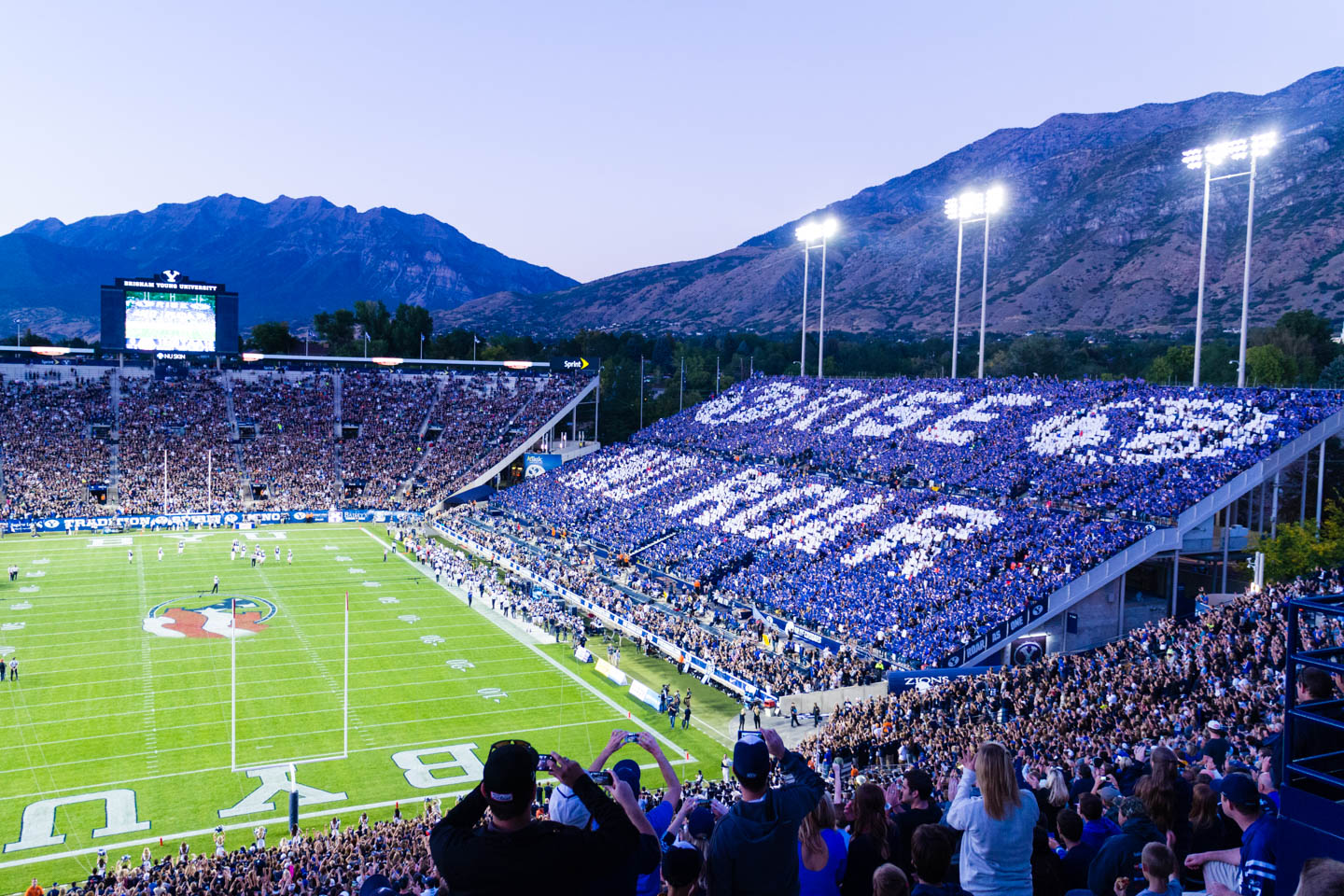 BYU fans have some display of support from the stands

This photo of the sunset shining through the BYU flags is one of my favorites. And I timed it just right so we have BYU logos on the screen rather than an advertisement. 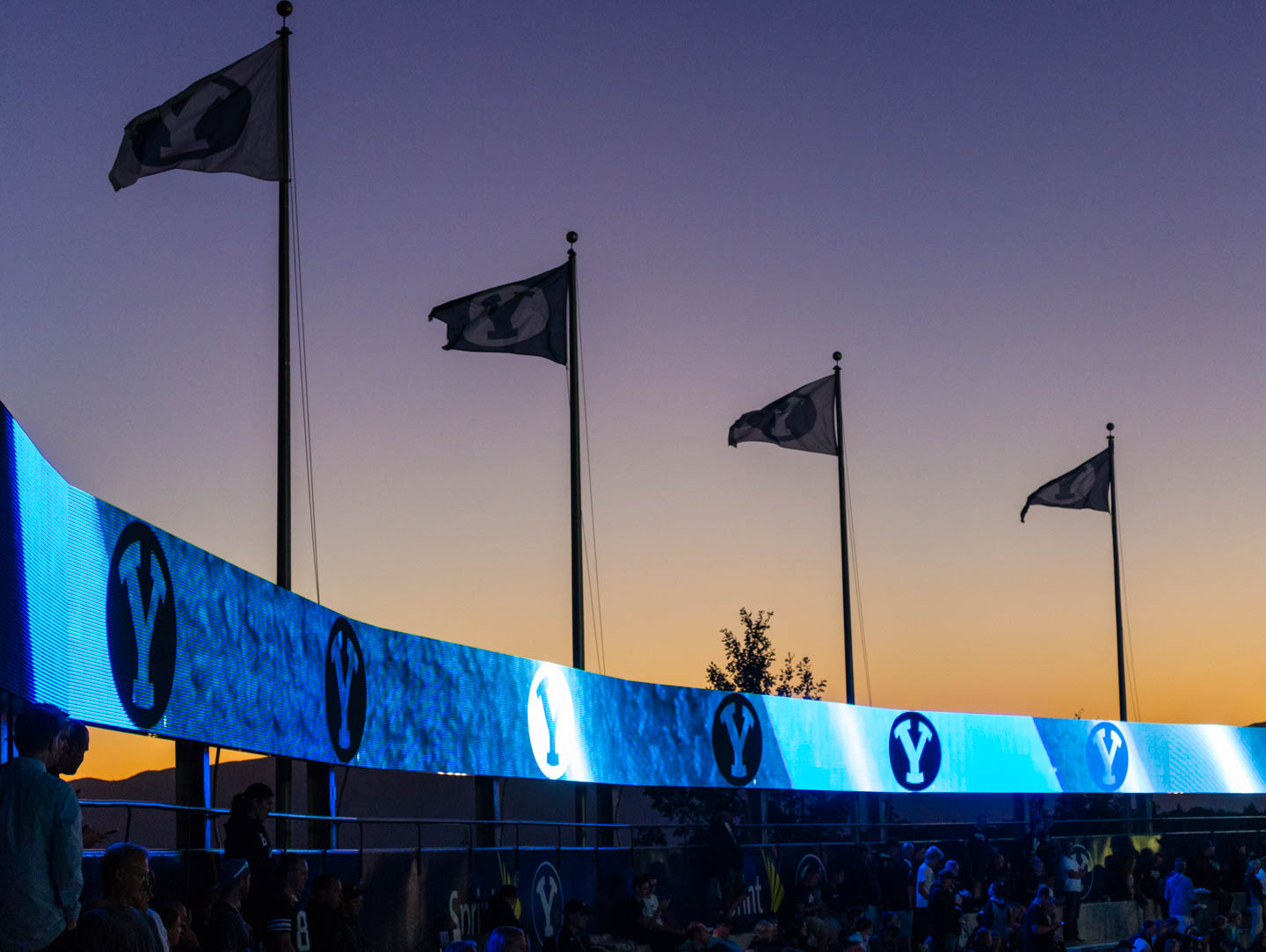 I think I’ll try and bring in a longer lens in one of the future games. I’m sure there is a limit on the size of lenses at the stadium. 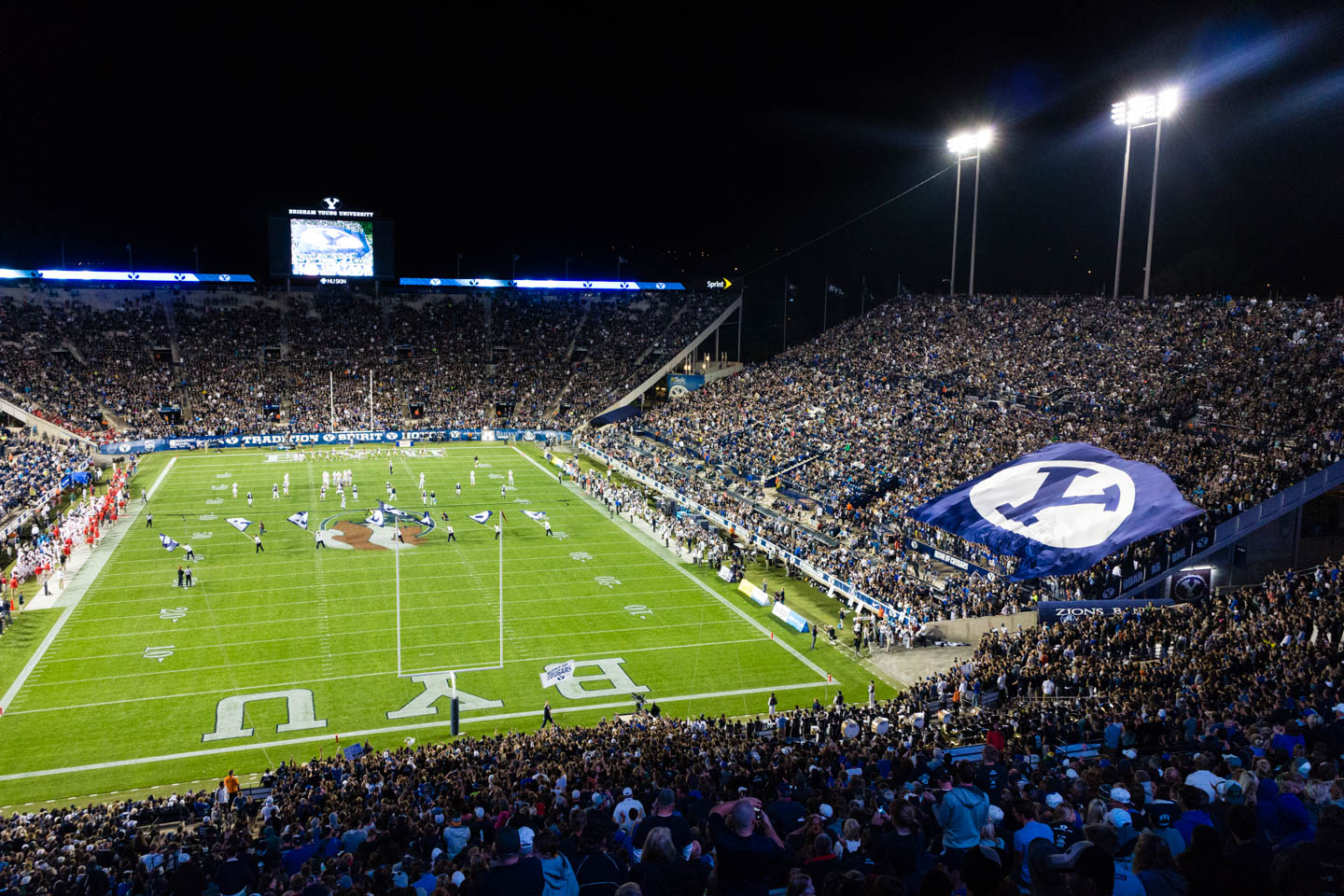 Some of the Roller Coasters and Rides at Lagoon