I photographed the play The True Story of the Three Little Pigs as performed by the Salt Lake Acting Company. Each holiday season they perform a children’s play to encourage excitement about theater and the arts in schools. 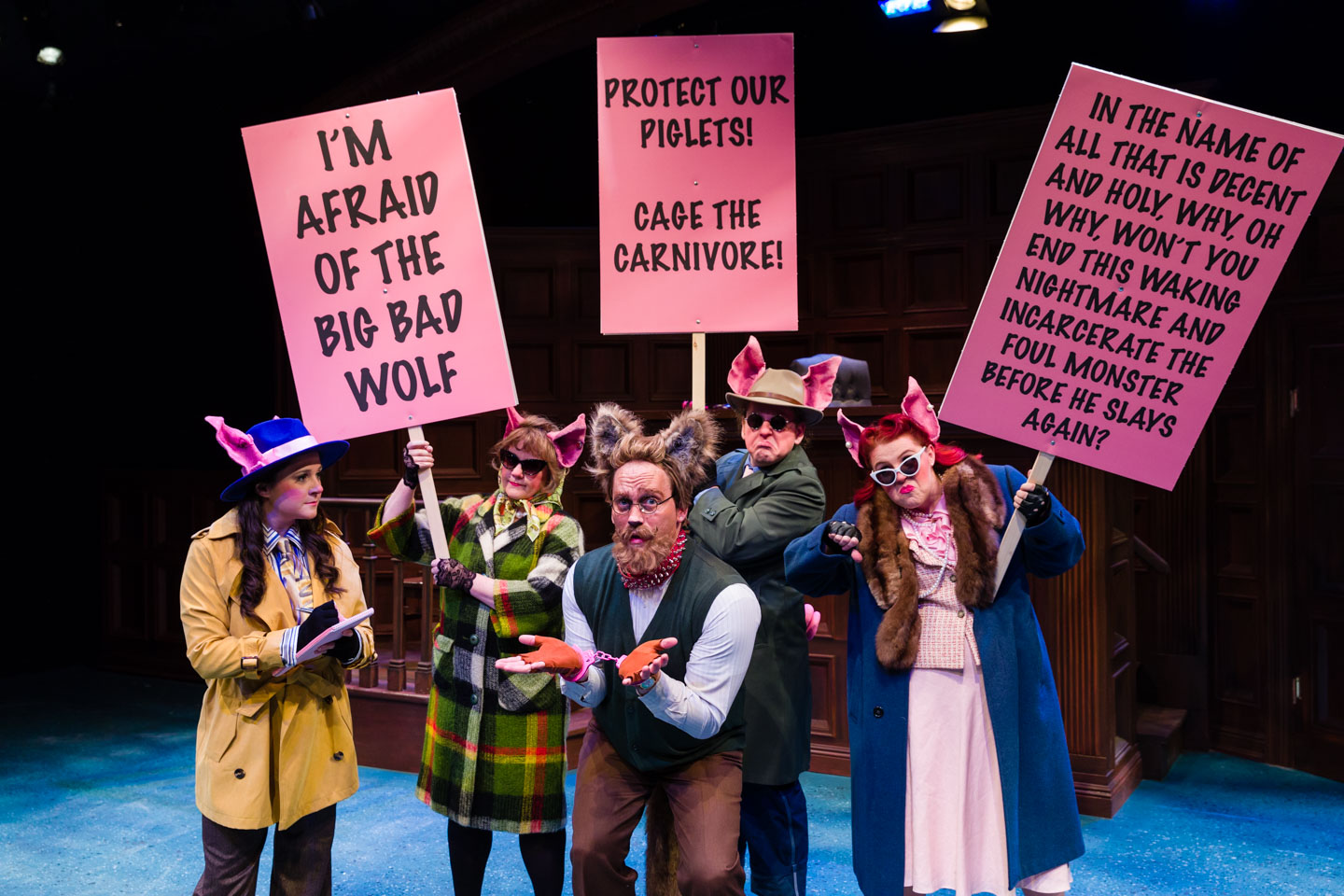 The story is based on a book by the same name and it part musical and very heavy on the courtroom antics. The pigs are trying to frame the Big Bad Wolf and at the end, the children get to decide the wolf’s fate. 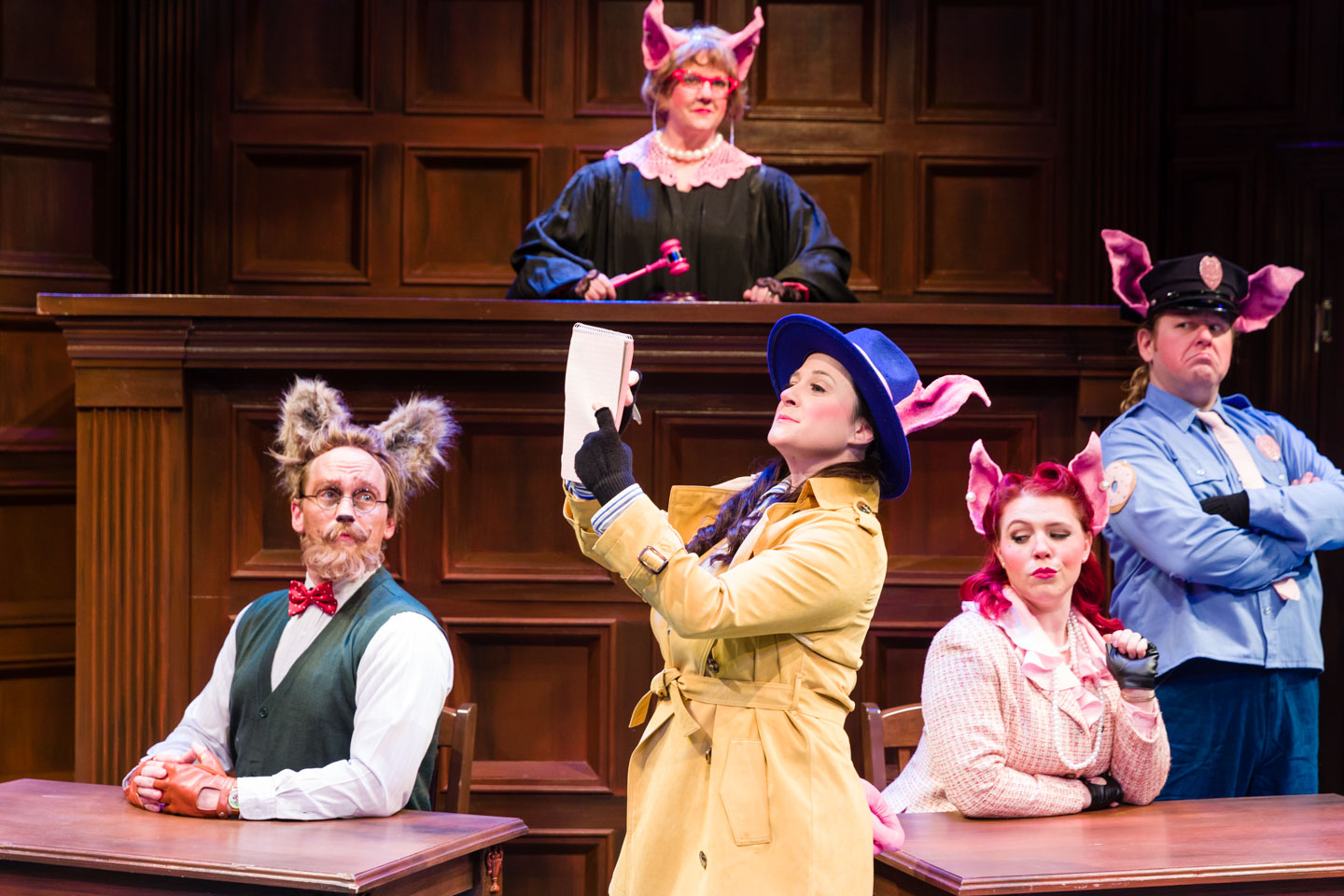 And my theater photography was used to market this play in print, online, and even have lobby photos fo the play. 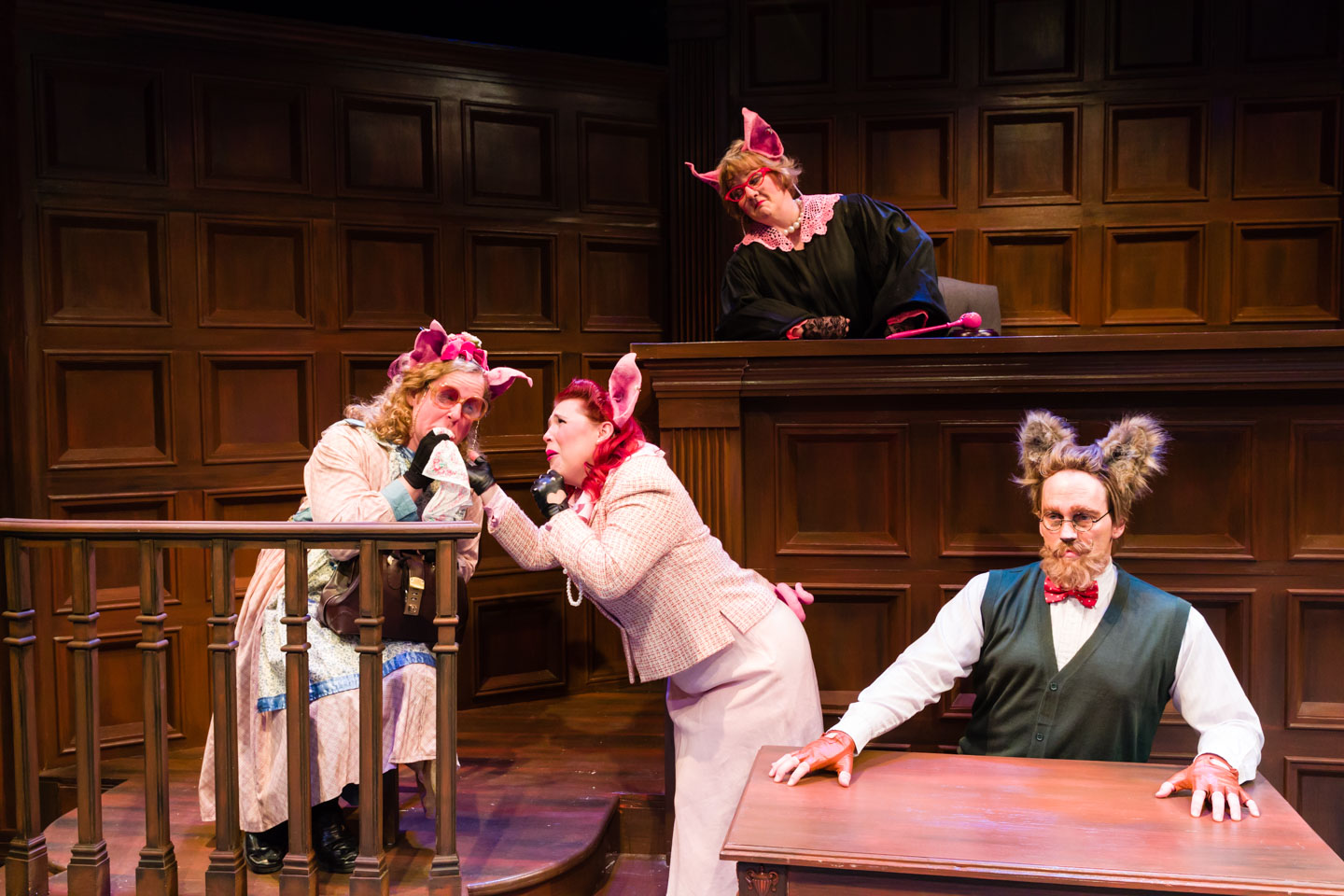 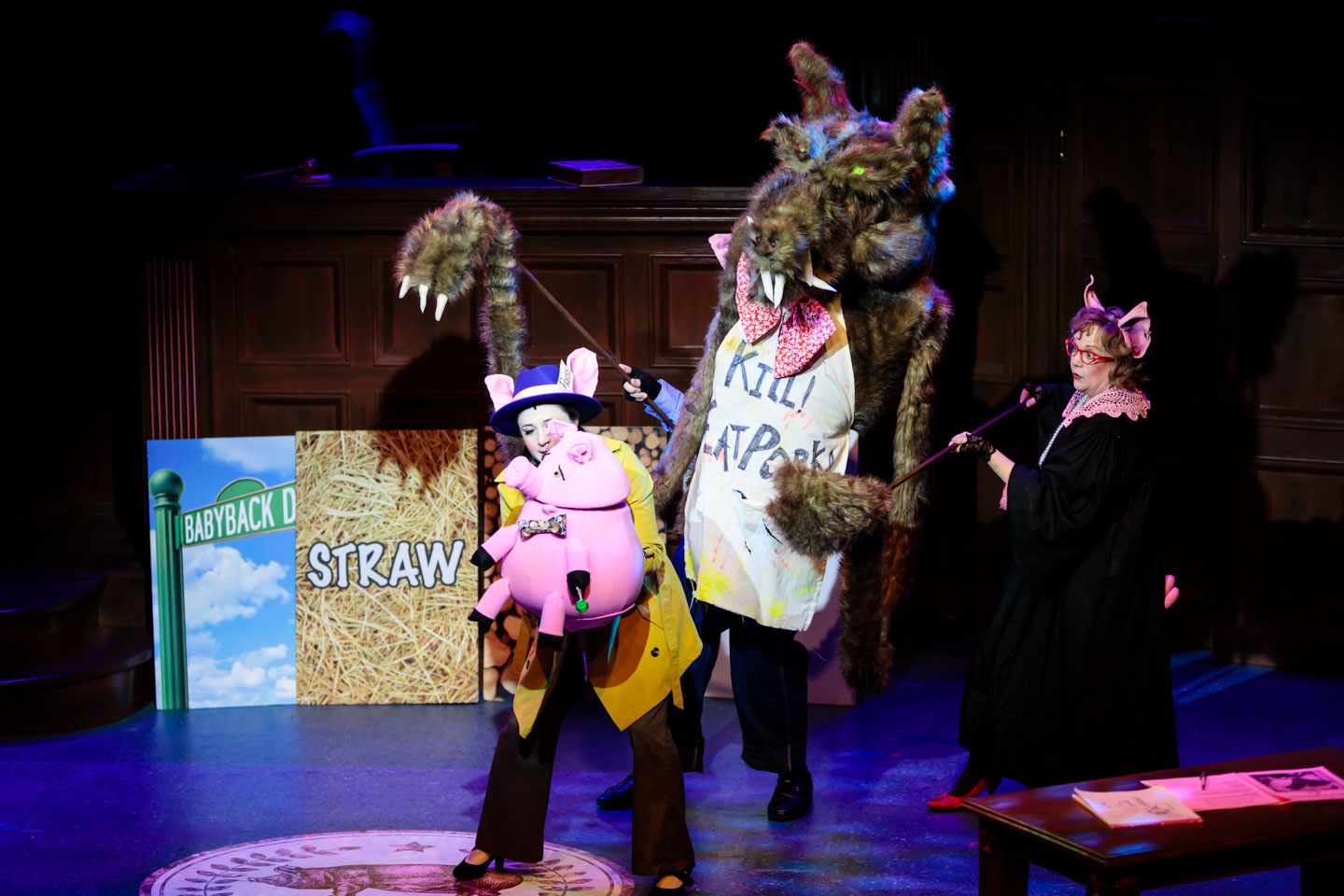 A portrayal of the Big Bad Wolf 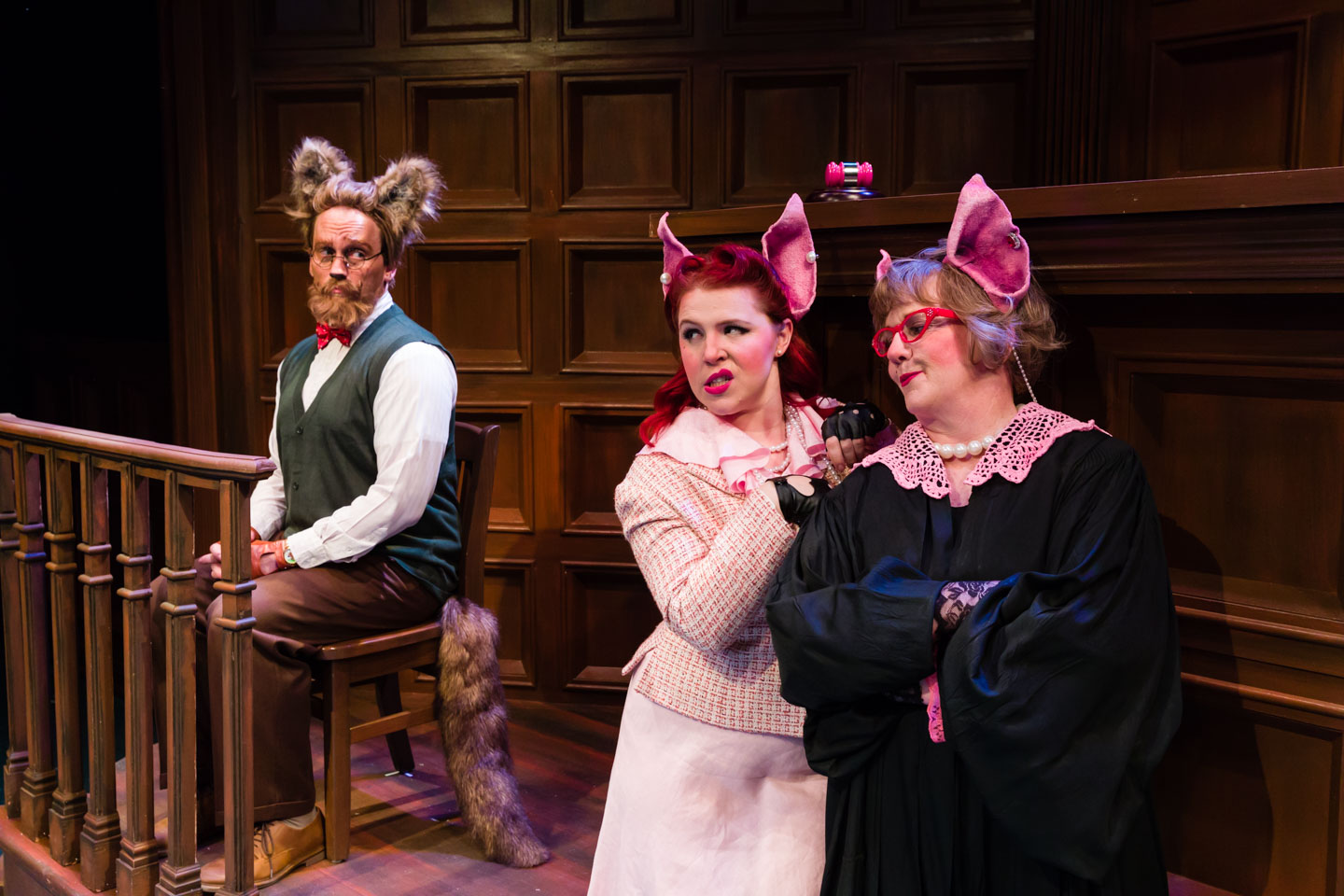 Can you believe this, judge? 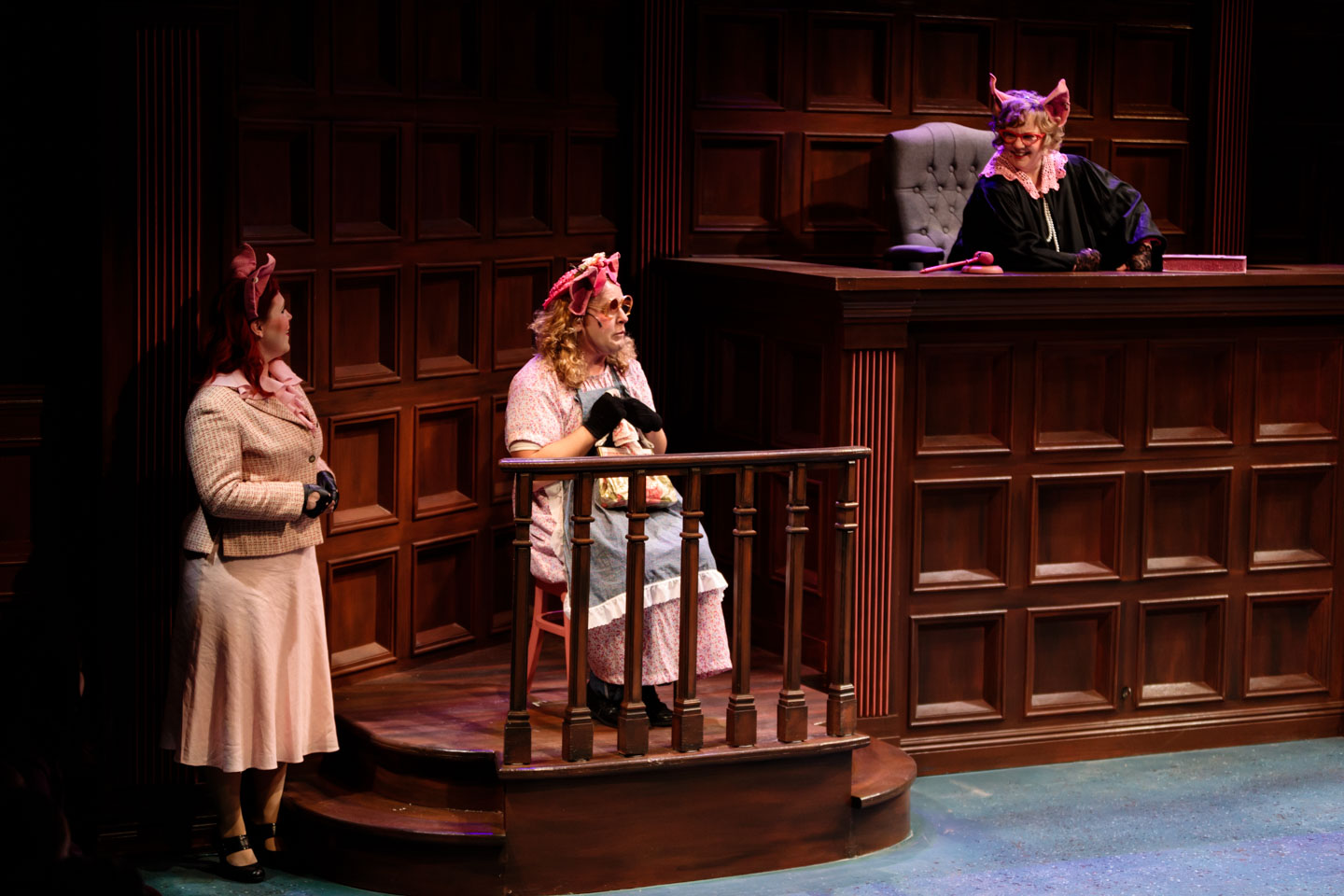 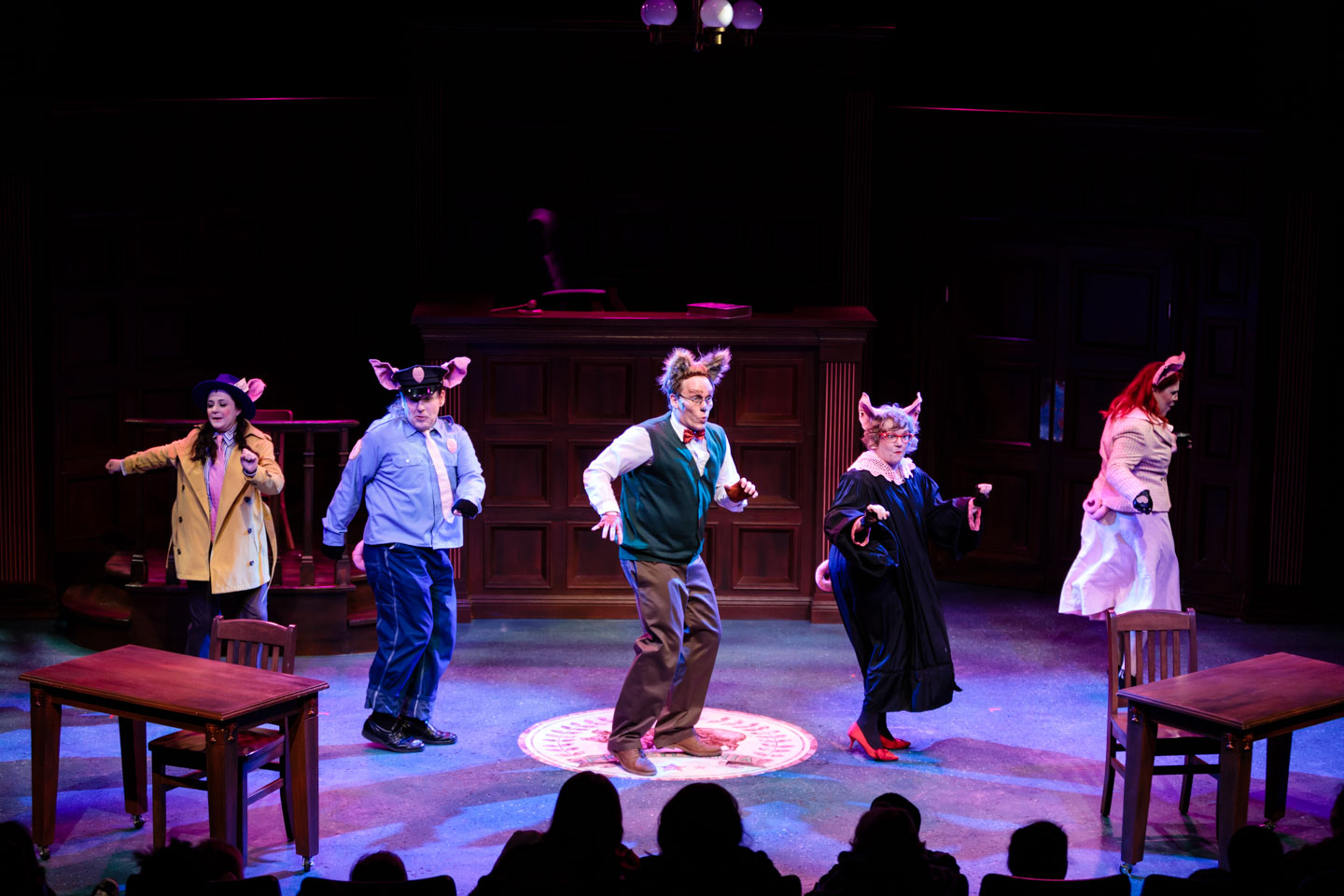 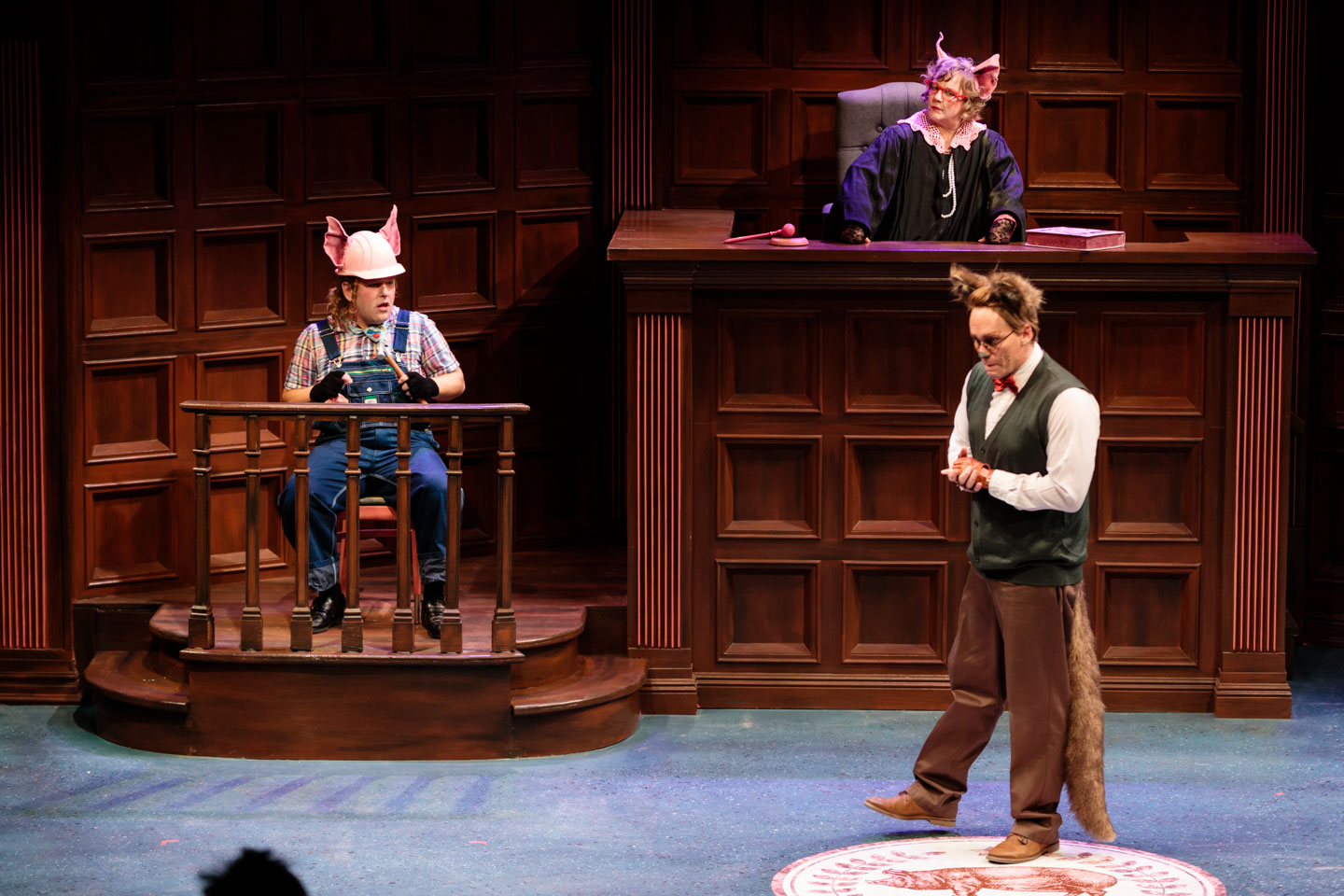 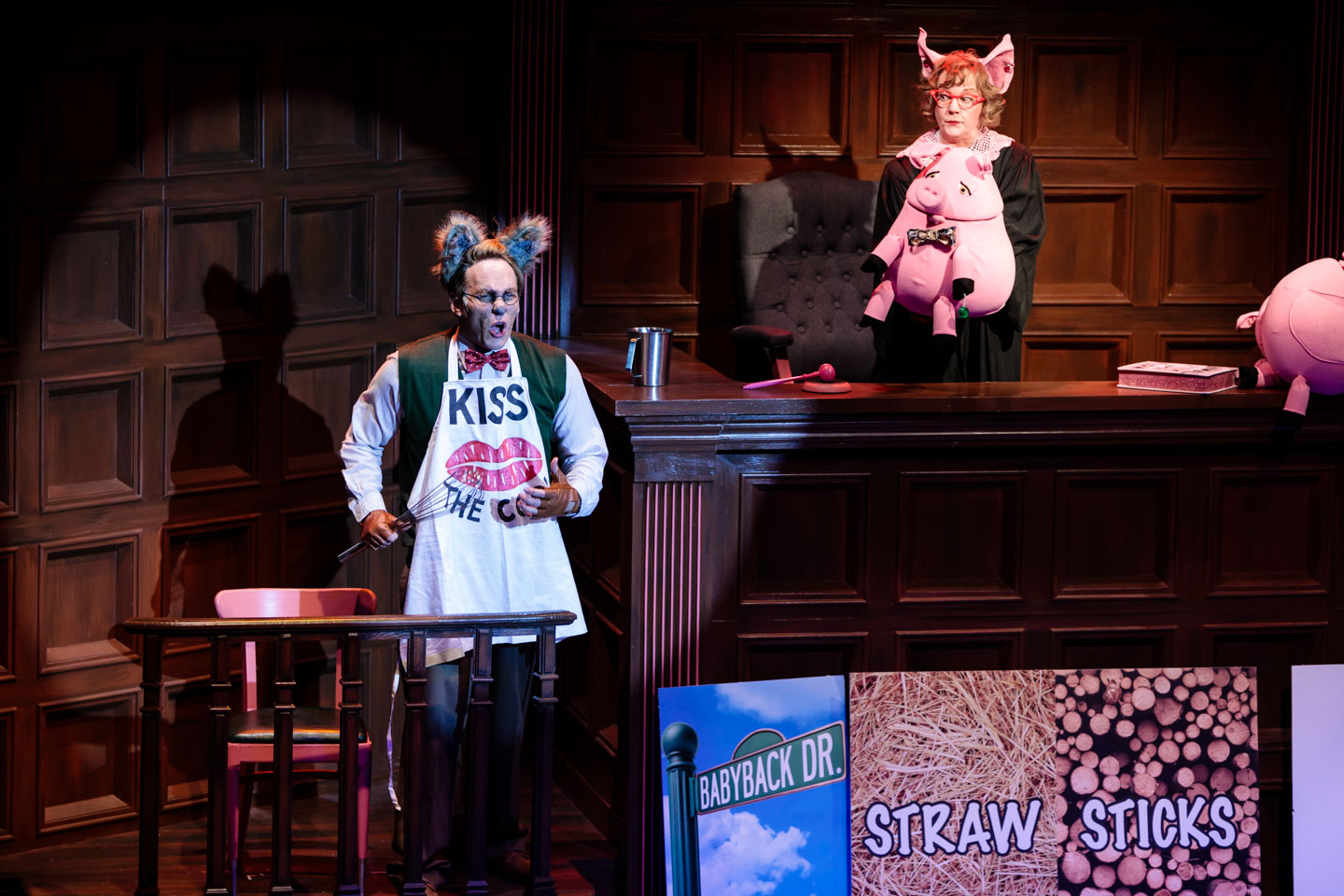 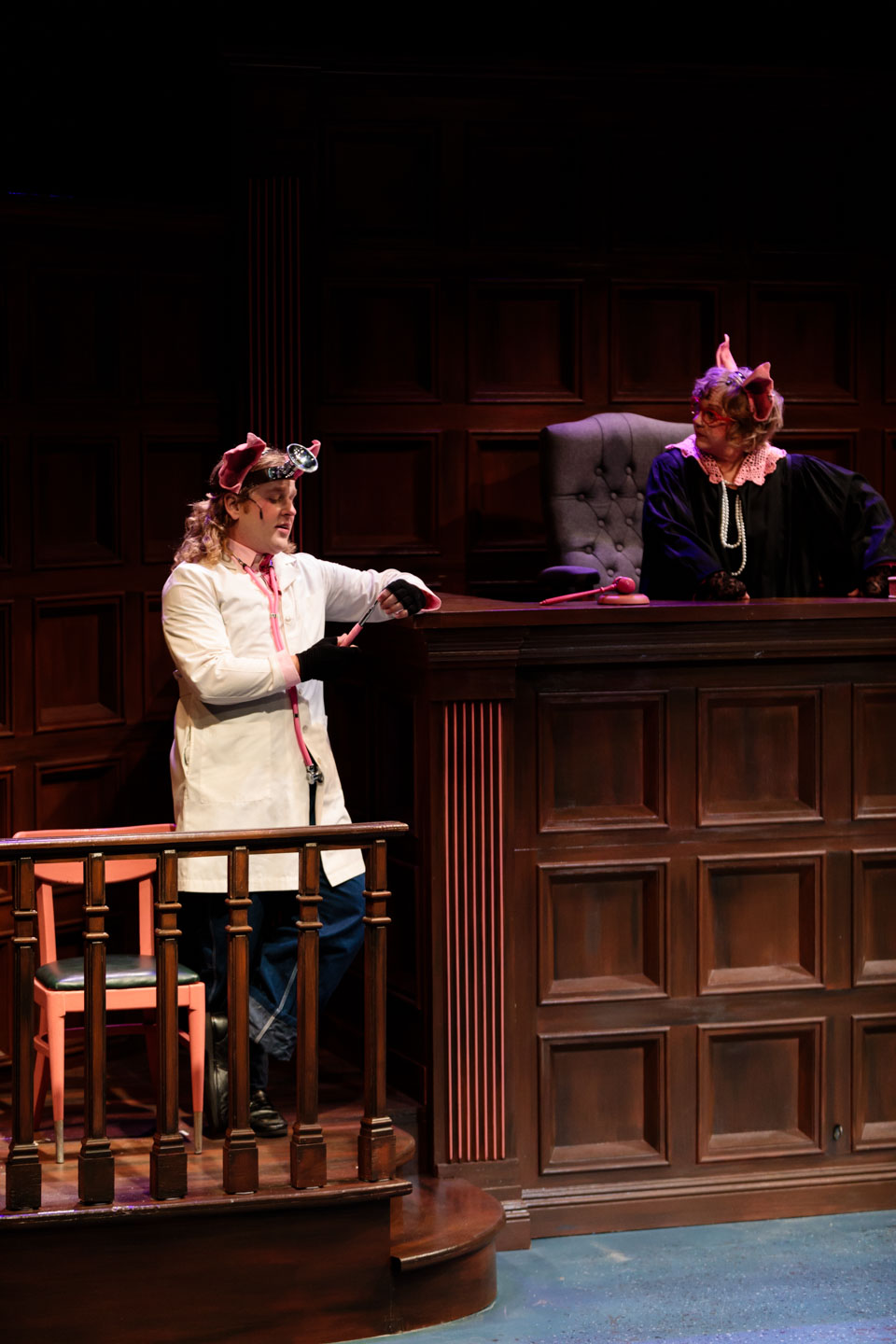 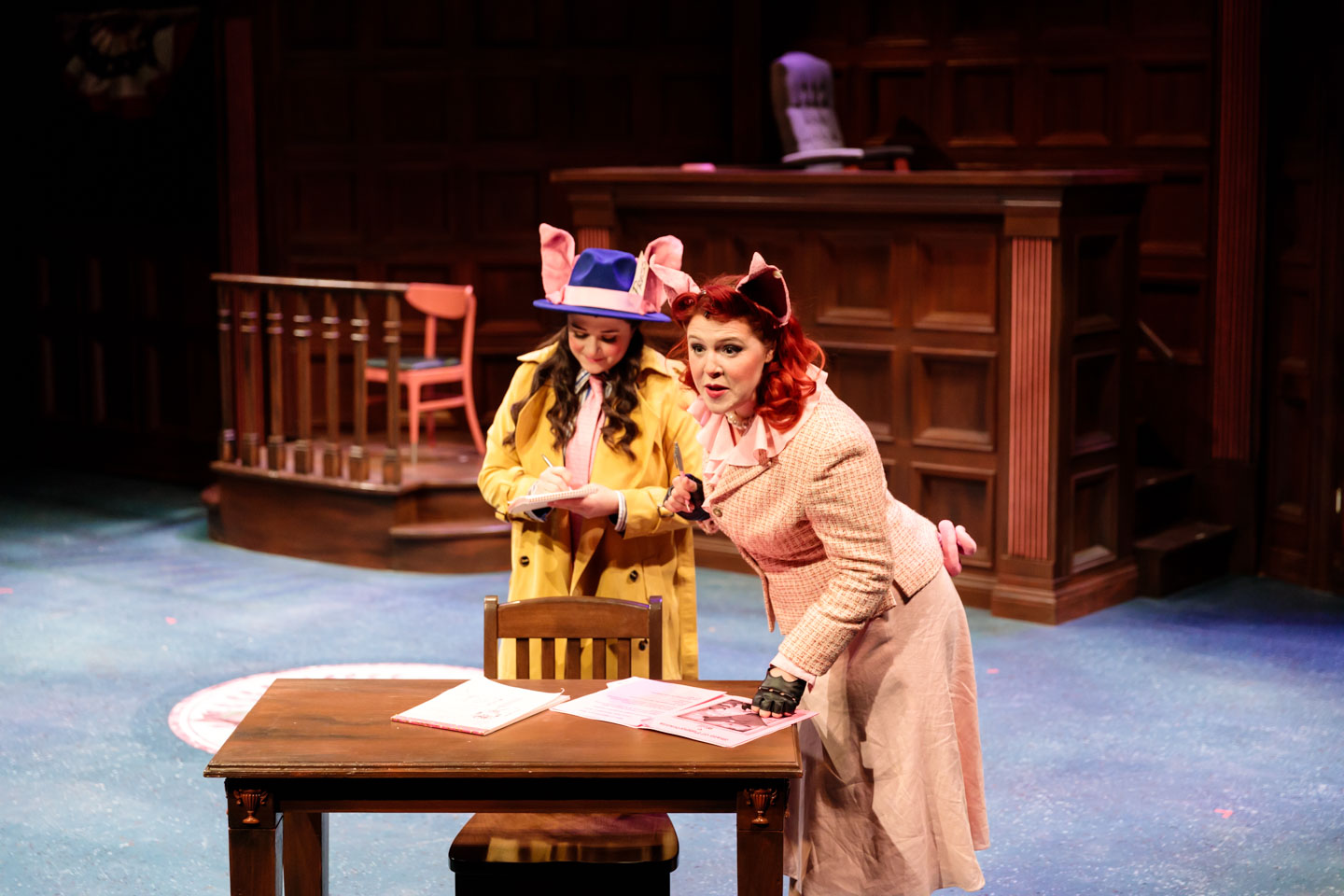 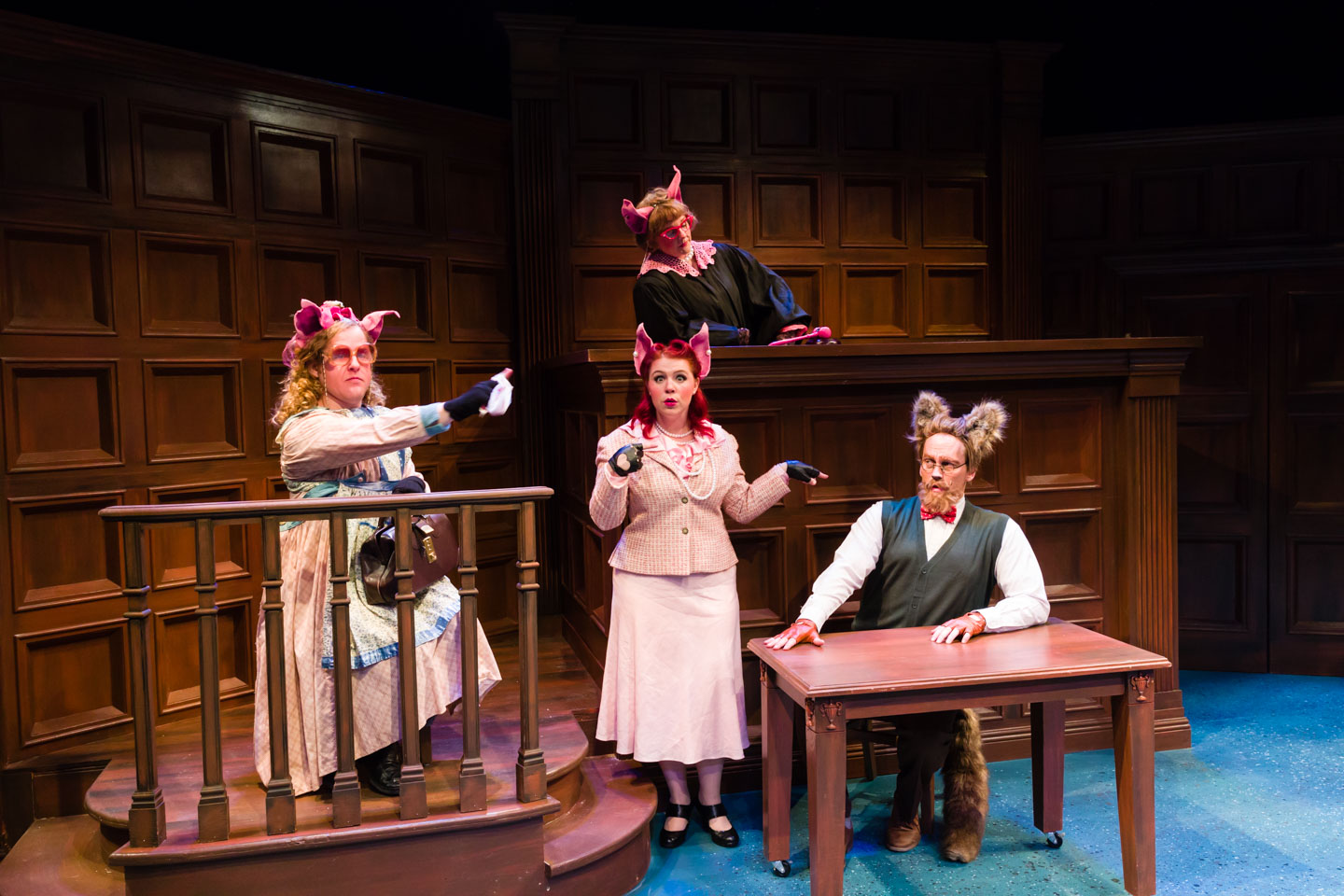 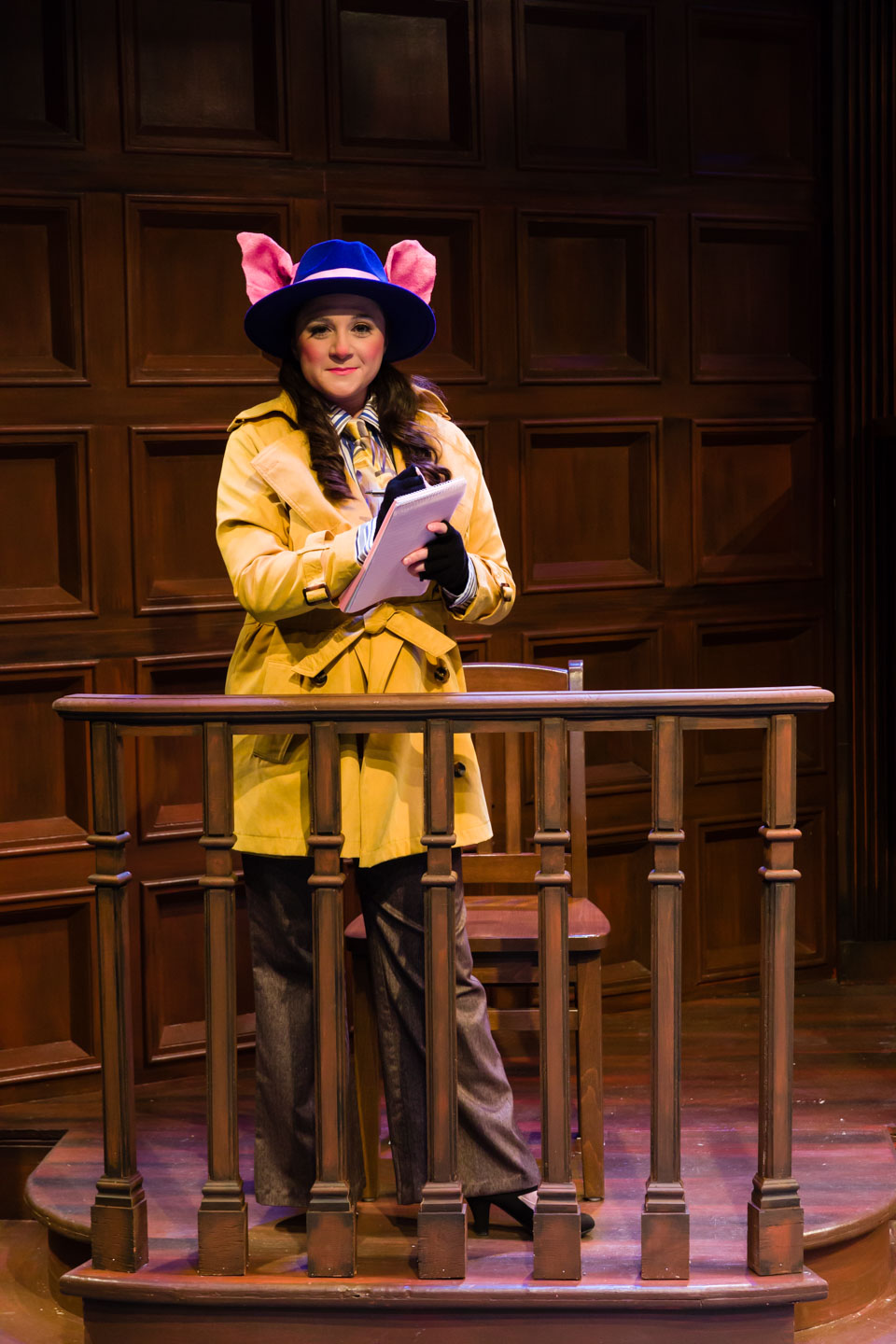 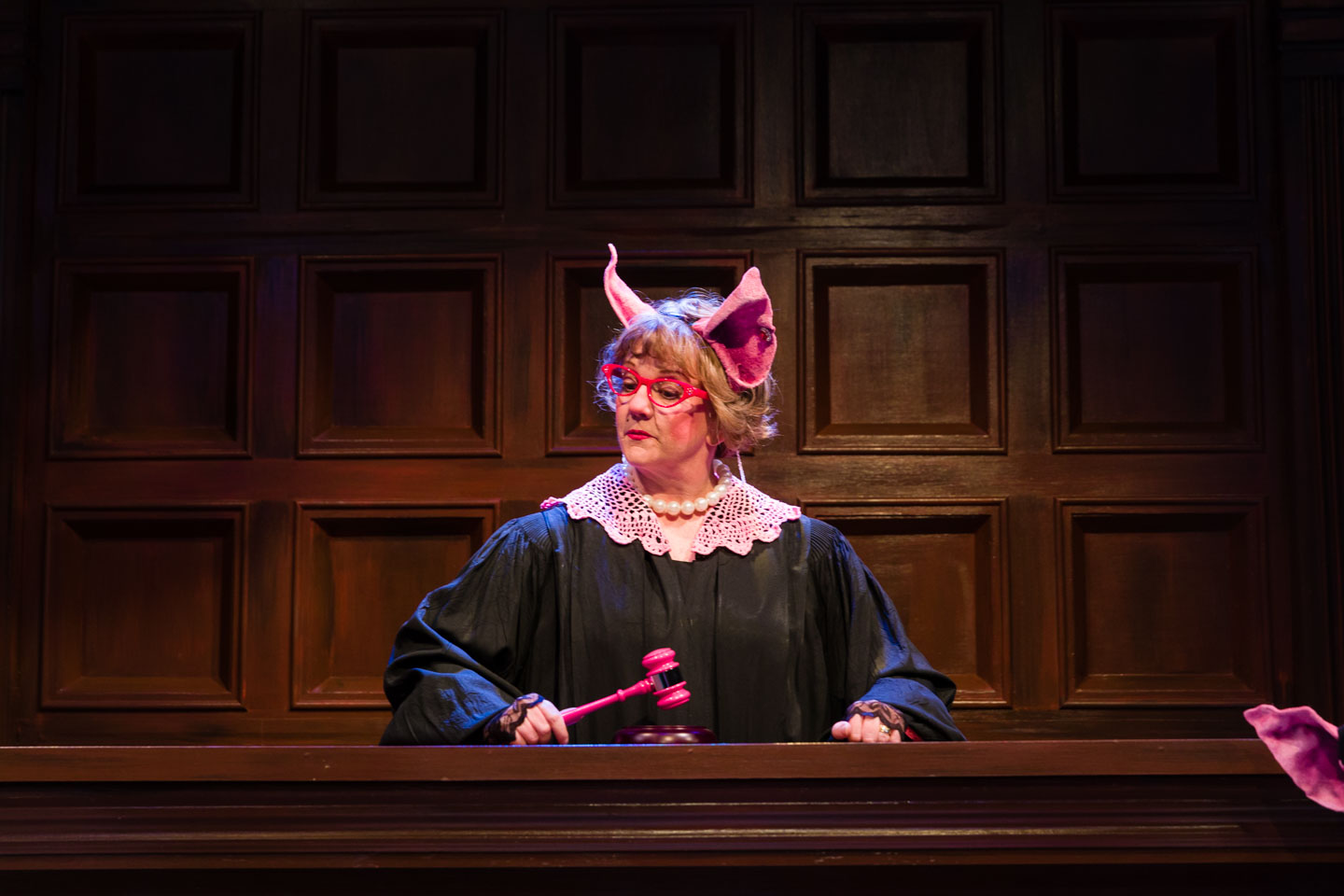