Top Posts
The Daniels’ Family Portraits at the White Barn...
Engagements in Provo’s Rock Canyon with Brielle &...
Isom Family Portraits in Provo Canyon
Burgers & Sandwiches at The Spoon in 2020
Photos from the Utah HRC Gala 2019 at...
Photographing Glossy Lip Models
Headshots with Nathan in Downtown Salt Lake City
Utah Pride 2019 Photos!
Wedding Photos at Market Street Grill with Tyson...
Sunday in the Park with George by the...
Home Portrait Photography The Las Vegas Strip from the Air and at Night
Portrait Photography

The Las Vegas Strip from the Air and at Night

Ok, photographs out of the window of an airplane probably aren’t the greatest photographs ever. You have a plastic window in the way, the plane is bouncy, people often are just using their phone.

I was returning from a trip to Oregon when we had a stop in Las Vegas. I had one of my big cameras with me and I was able to get a few photographs. There is a little bit of motion blur on the surrounding lights but the Vegas strip is surprisingly sharp.

Las Vegas strip from above at night

Maybe someday I’ll have a helicopter! I doubt that but I am sure that is a better way to get these kind of photographs. That or drones. In the mean time maybe I’ll just be sure to have my Canon camera ready. 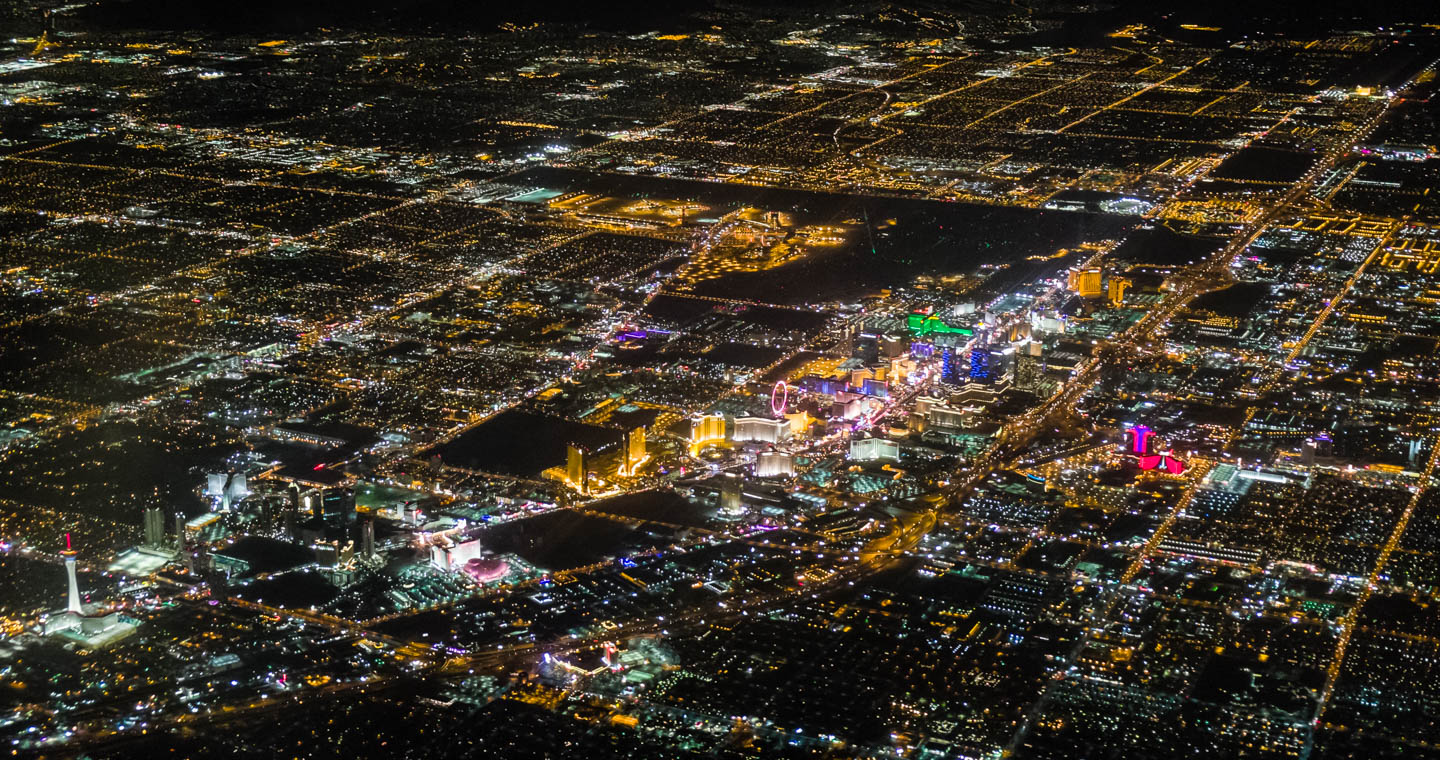 A night aerial view of the Vegas Strip

And these photographs are good enough for a Facebook cover photo!

Iceberg Drive Inn Caters! Who Knew? And I Created Some Photos