Top Posts
A Surprising Location for a Portrait
Leasey Family Portraits in Studio
A Before & After from Photoshop Retouching
An Orem Wedding in the Time of COVID-19
Maya’s Fashion Portraits on the Bonneville Salt Flats
Dave & Doug’s Family Photo Shoot in Big...
Children Photo Shoot in Big Springs Park in...
Autumn Portrait Season is Around the Corner
Time is Running Out to See the NEOWISE...
Senior Portraits with Maren on Provo’s Center Street
Home Landscape TBT: Moab’s Tower of Babel in 2009
Landscape

It’s a Photo of the Day and a Throwback Thursday! This is a favorite photograph of mine. This natural monument is in Arches National Park in Moab. It is called The Tower of Babel and it is one of the first monuments you will see when entering the national park. 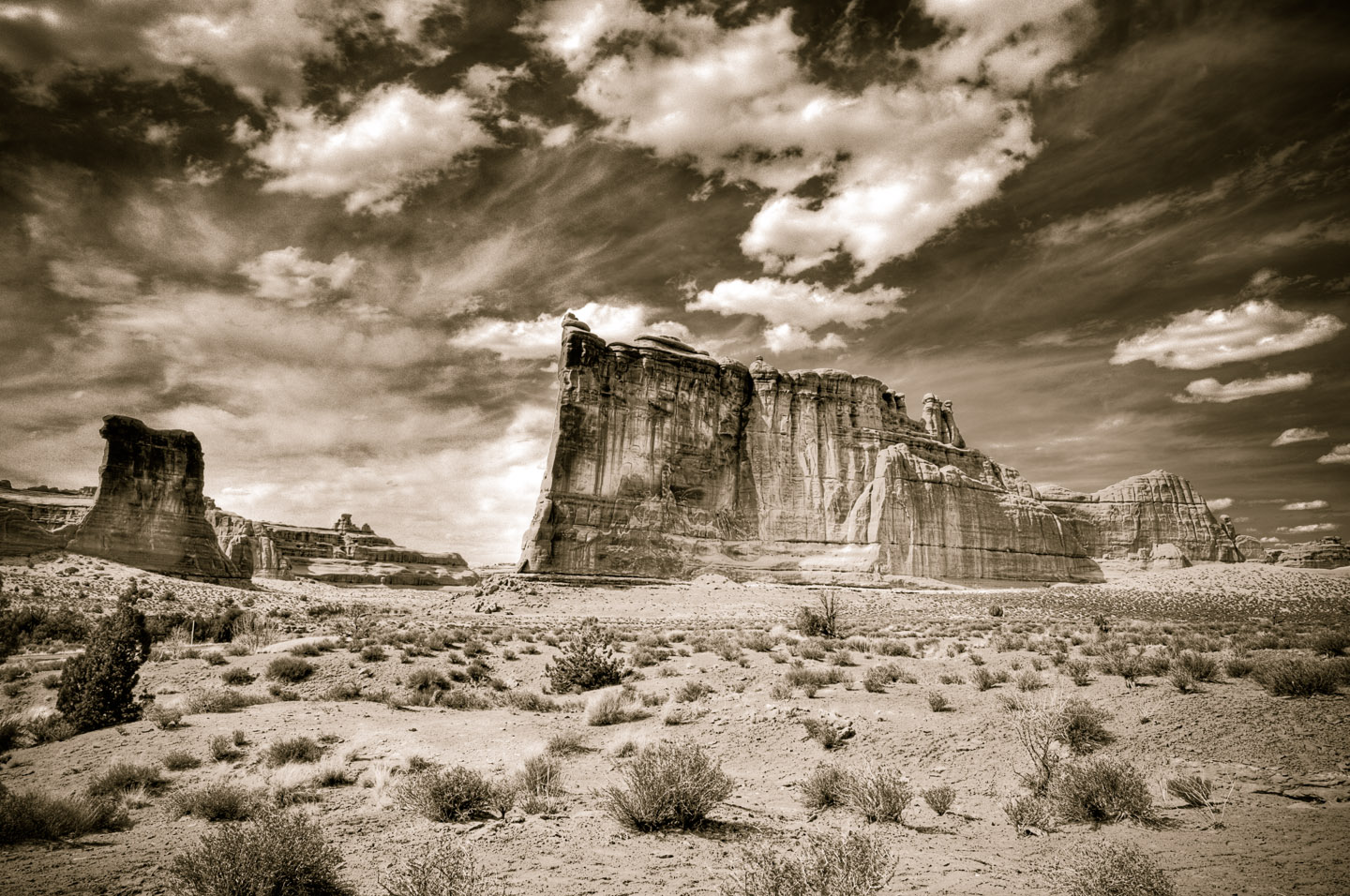 The Tower of Babel in Moab’s Arches National Park

For the longest time I thought this was the Organ… but I was wrong, wrong, wrong. This spot is the poor man’s version of Monument Valley. This section has the Three Gossips, the Tower of Babel, and the Organ. It is located on the tail end of the Park Avenue hike.

I created this photograph in 2009. This was almost 7 years ago! Time flies! I have a print of this at my day job and I have a large print at home. I don’t do a lot of black and white photography but this looks awesome as a sepia tone. Perhaps this year I’ll make it down to southern Utah again and create some more landscape photographs.

A Morning with Food Photography—Yummy!

Time is Running Out to See the NEOWISE...