Last night the western hemisphere was able to witness the supermoon’s lunar eclipse. Because the moon is at it’s closest to earth and it a full moon it is nicknamed a supermoon. It appears 30% larger and 30% brighter than normal. And that made the eclipse a bit more unique. This was a total lunar eclipse and the internet (and Facebook) exploded with photographs of the moon… most with people’s cellphone cameras. 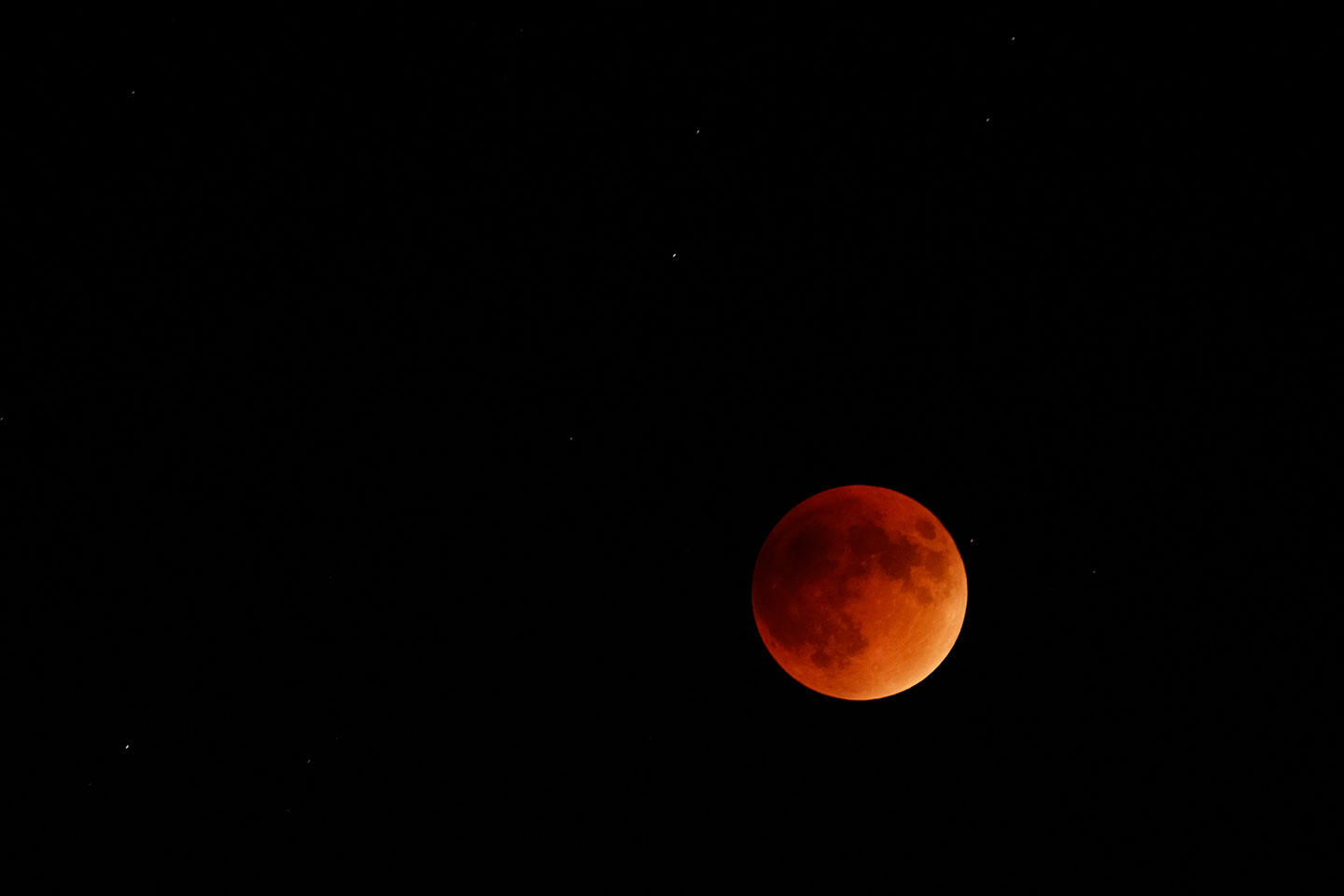 To get the moon you need a telephoto lens and a tripod. And you will most likely need to manually focus the lens and shoot in manual mode. And since I live in Utah… the eclipse was a little delayed since the moon was behind the mountains, hiding.

These were created with my Fuji camera which isn’t the best at focusing at night time. In the past I have photographed the moon and eclipses with my Canon gear which works great at night time photography.

The term blood moons probably comes from the bible and the fact that the moon appears to turn red during an eclipse. This is just the light from the sun bending around the earth’s atmosphere much like the red light of a sunset or sunrise is just bent light. Hooray for refraction! I guess there were “preppers” who were expecting the apocalypse last night and left a little disappointed. Maybe next time.