Top Posts
A Surprising Location for a Portrait
Leasey Family Portraits in Studio
A Before & After from Photoshop Retouching
An Orem Wedding in the Time of COVID-19
Maya’s Fashion Portraits on the Bonneville Salt Flats
Dave & Doug’s Family Photo Shoot in Big...
Children Photo Shoot in Big Springs Park in...
Autumn Portrait Season is Around the Corner
Time is Running Out to See the NEOWISE...
Senior Portraits with Maren on Provo’s Center Street
Home Blogging Streetlight Woodpecker at the Salt Lake Acting Company
Blogging

Streetlight Woodpecker is the play about a marine named Benji. Benji returns from war with severe physical injuries and he confronts the emotional wounds that existed before he left. He lives with is friend, who happens to be gay, and he deals with his family and friends and the loss of his father. 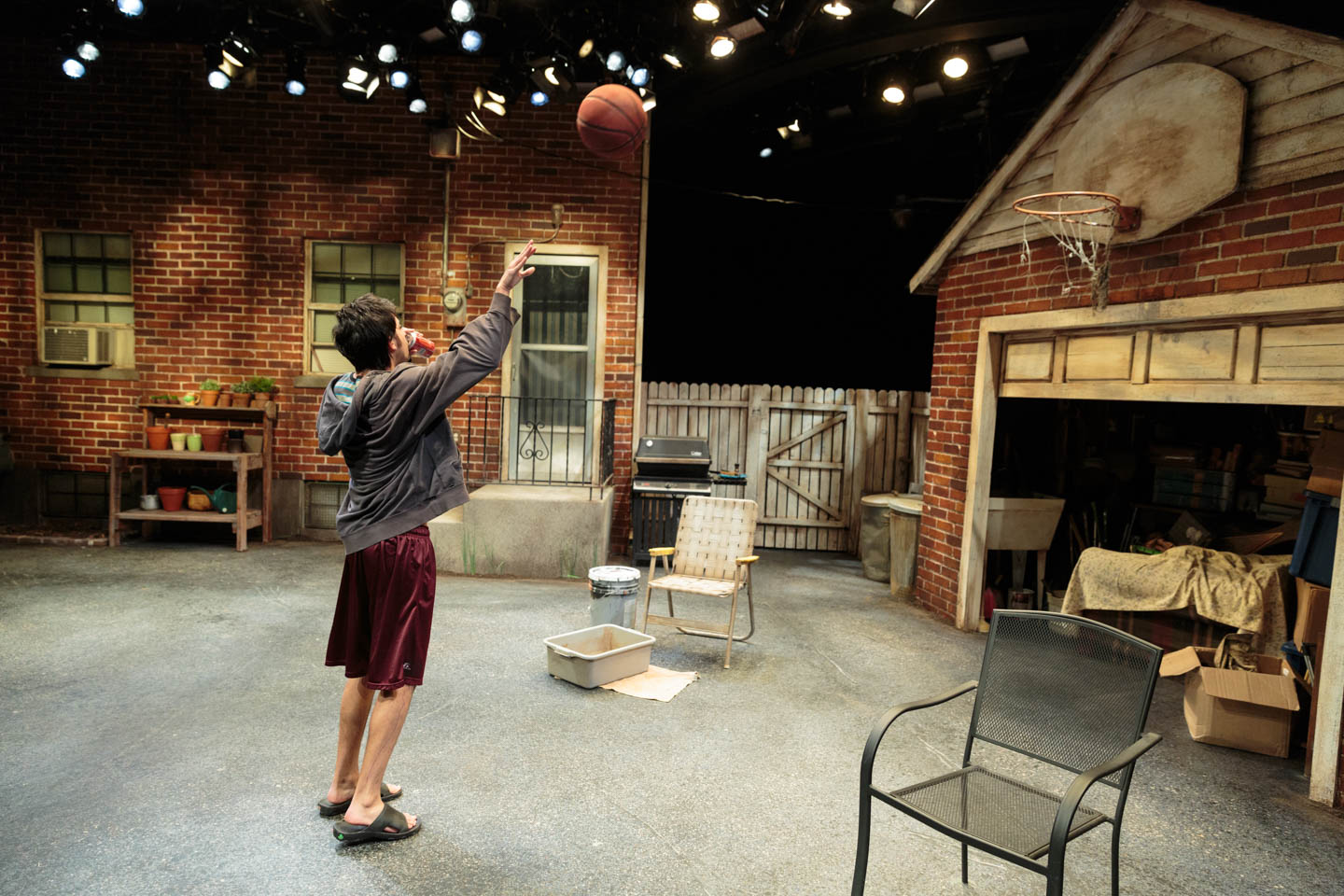 Shooting hoops at the Streetlight Woodpecker

The Salt Lake Acting Company created an amazing set. This really felt like the back yard of a home in Jersey. The story was very moving and powerful and it leaves you thinking about the young men and women who serve the country. They have wounds before they ever serve. Perhaps it is the emotional scarring that causes them to leave in the first place and those wounds remain when they return from war. And when they return they now have war wounds. 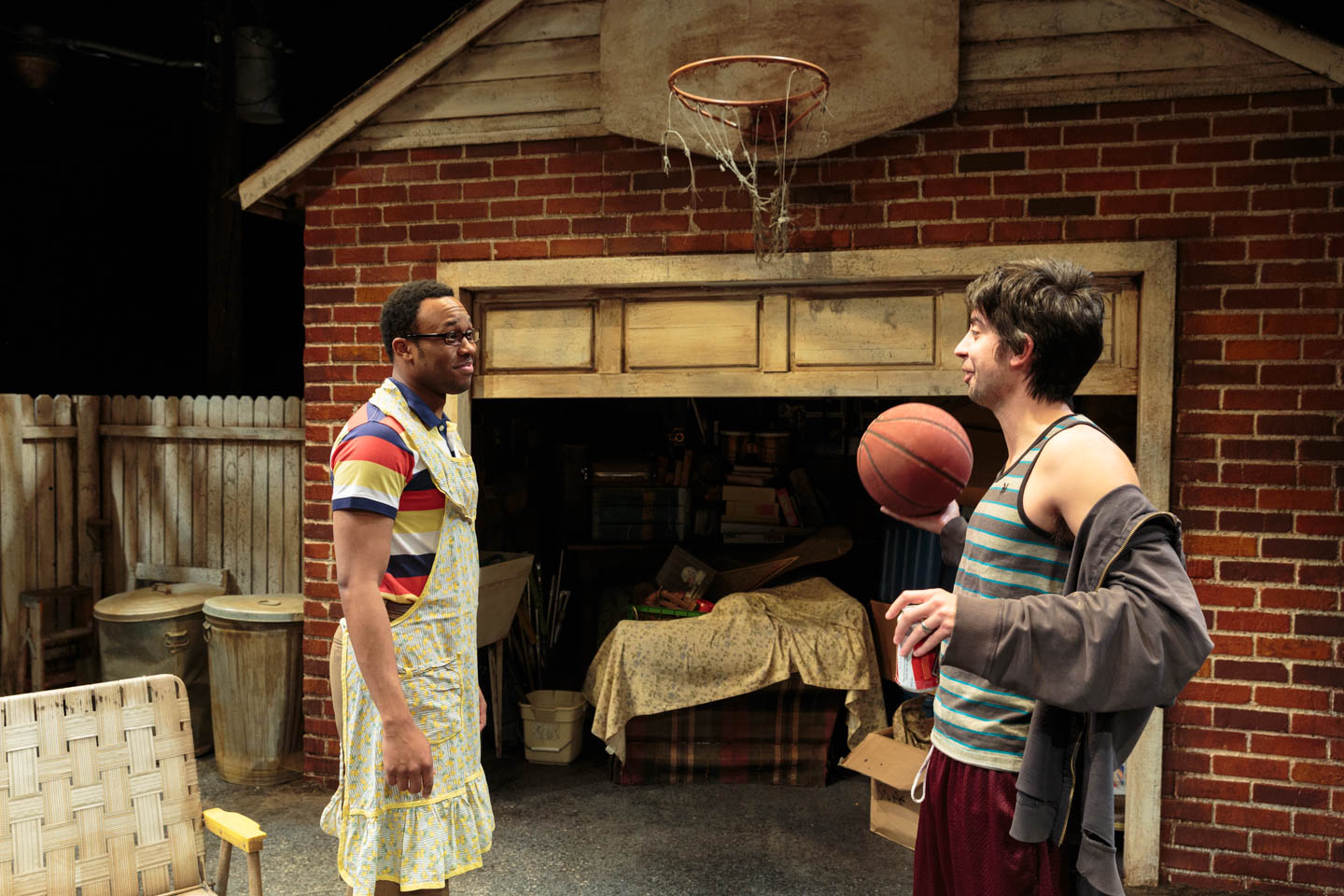 A discussion between friends

Living with his childhood friend stirs up emotions that Benji thought he didn’t have or had suppressed. The relationship has its ups and downs as Benji learns more about himself. 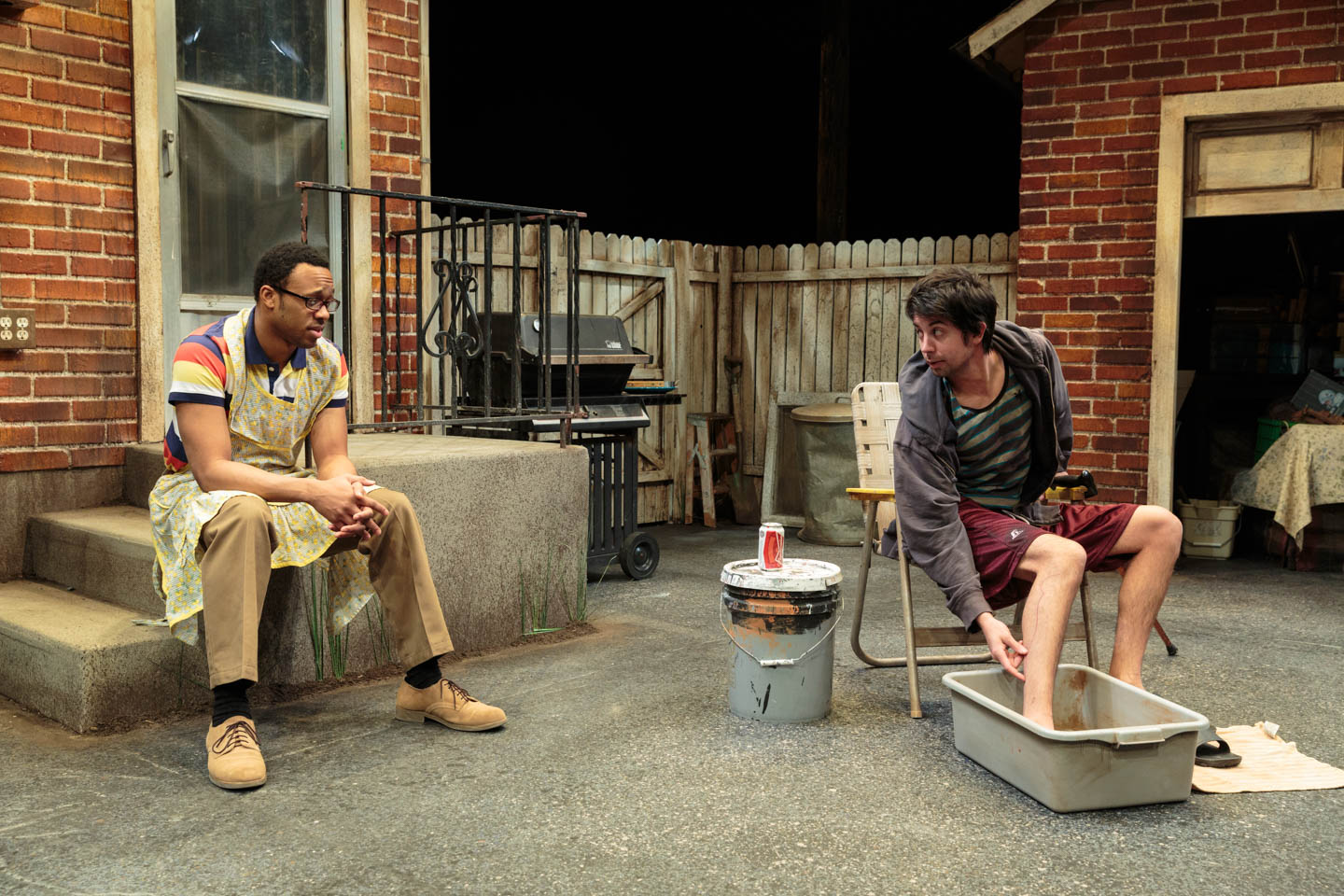 Discussing the wounds of war 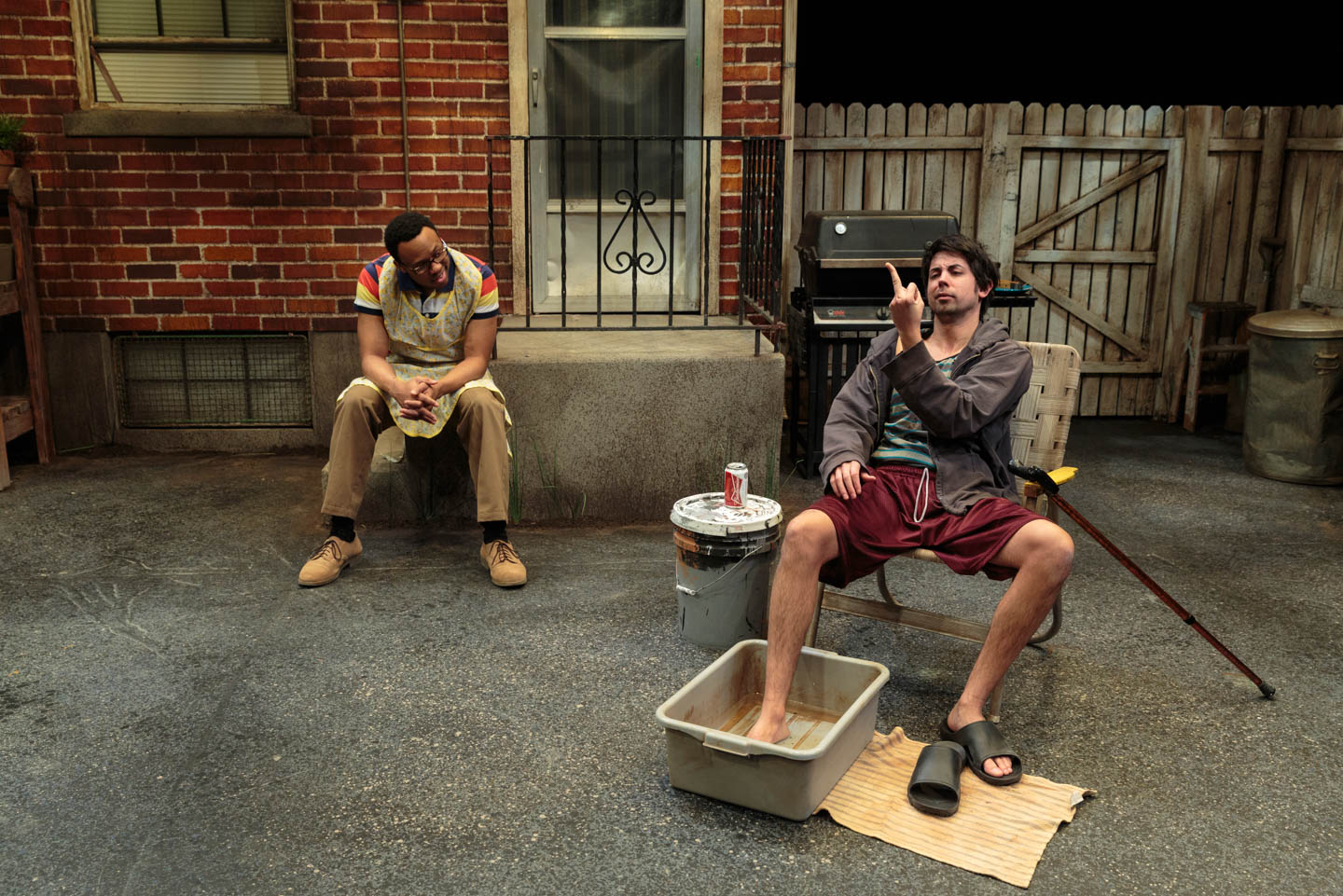 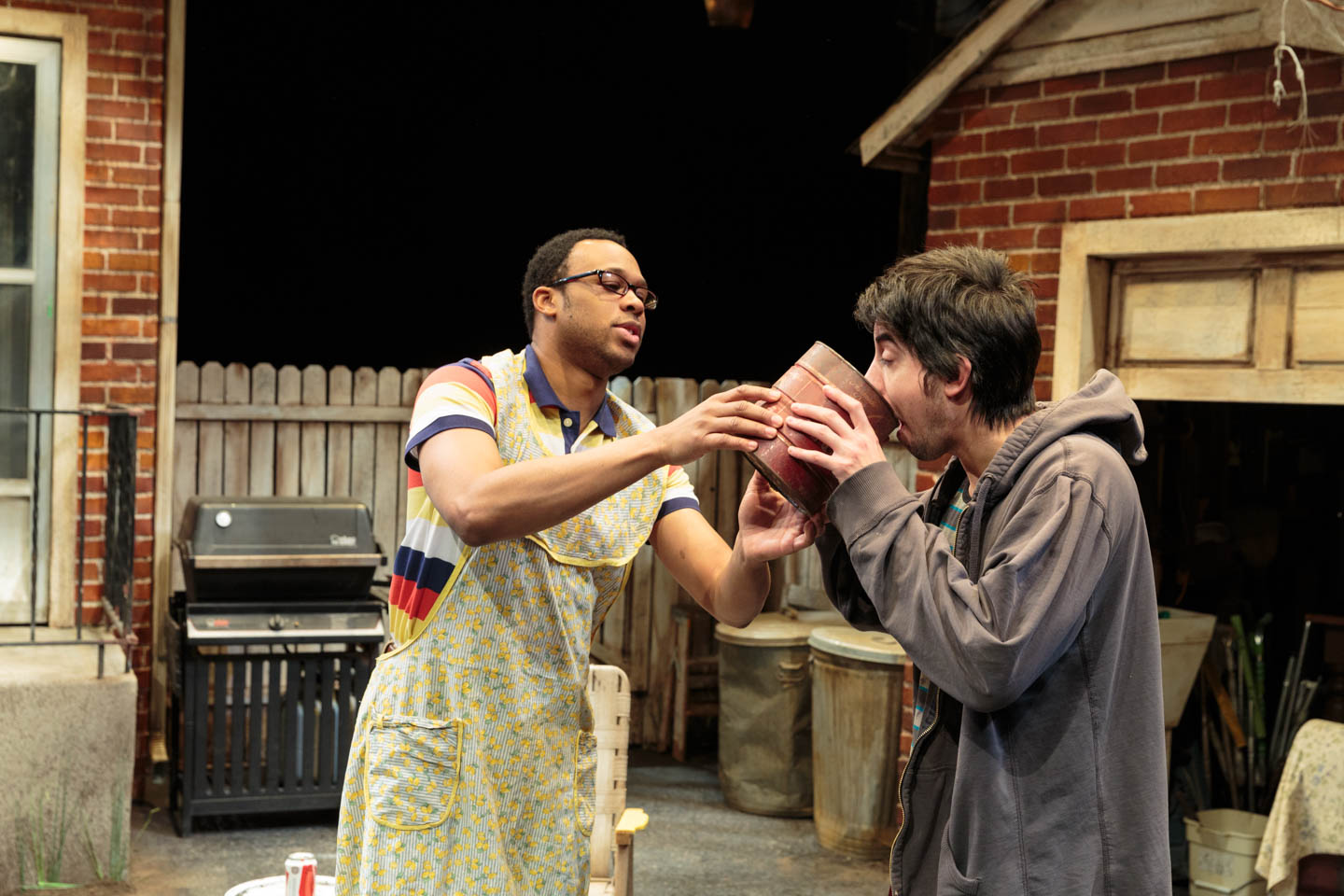 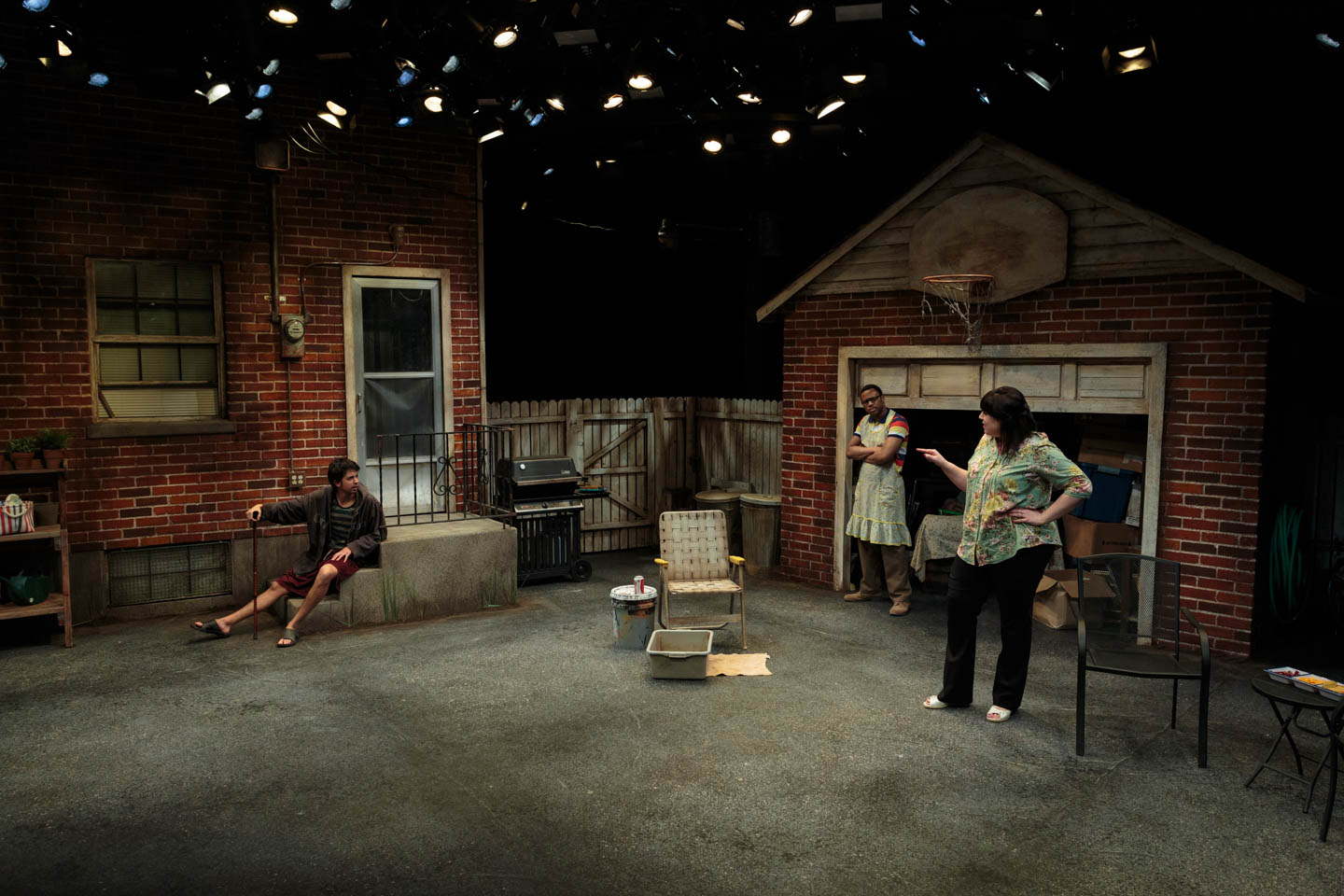 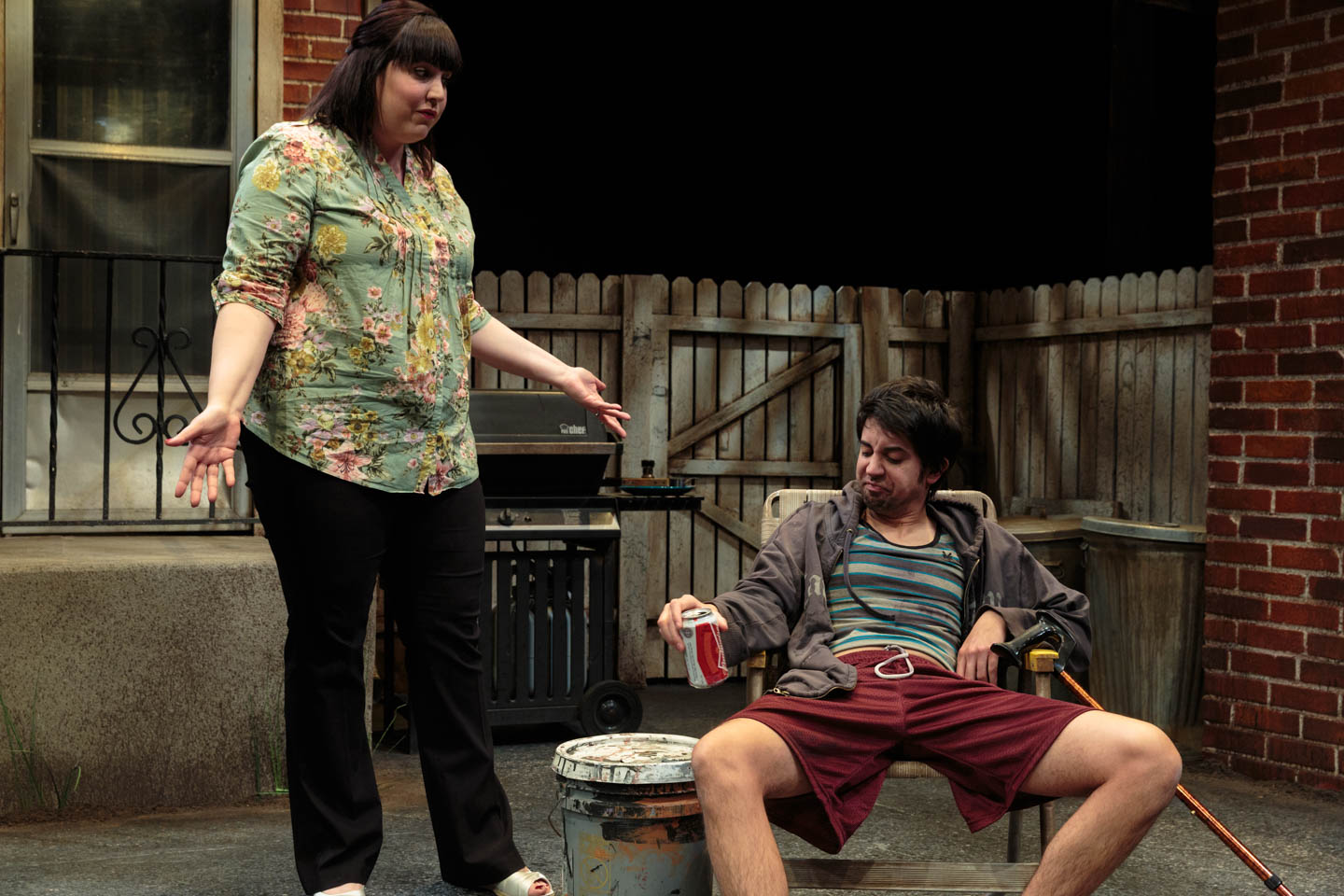 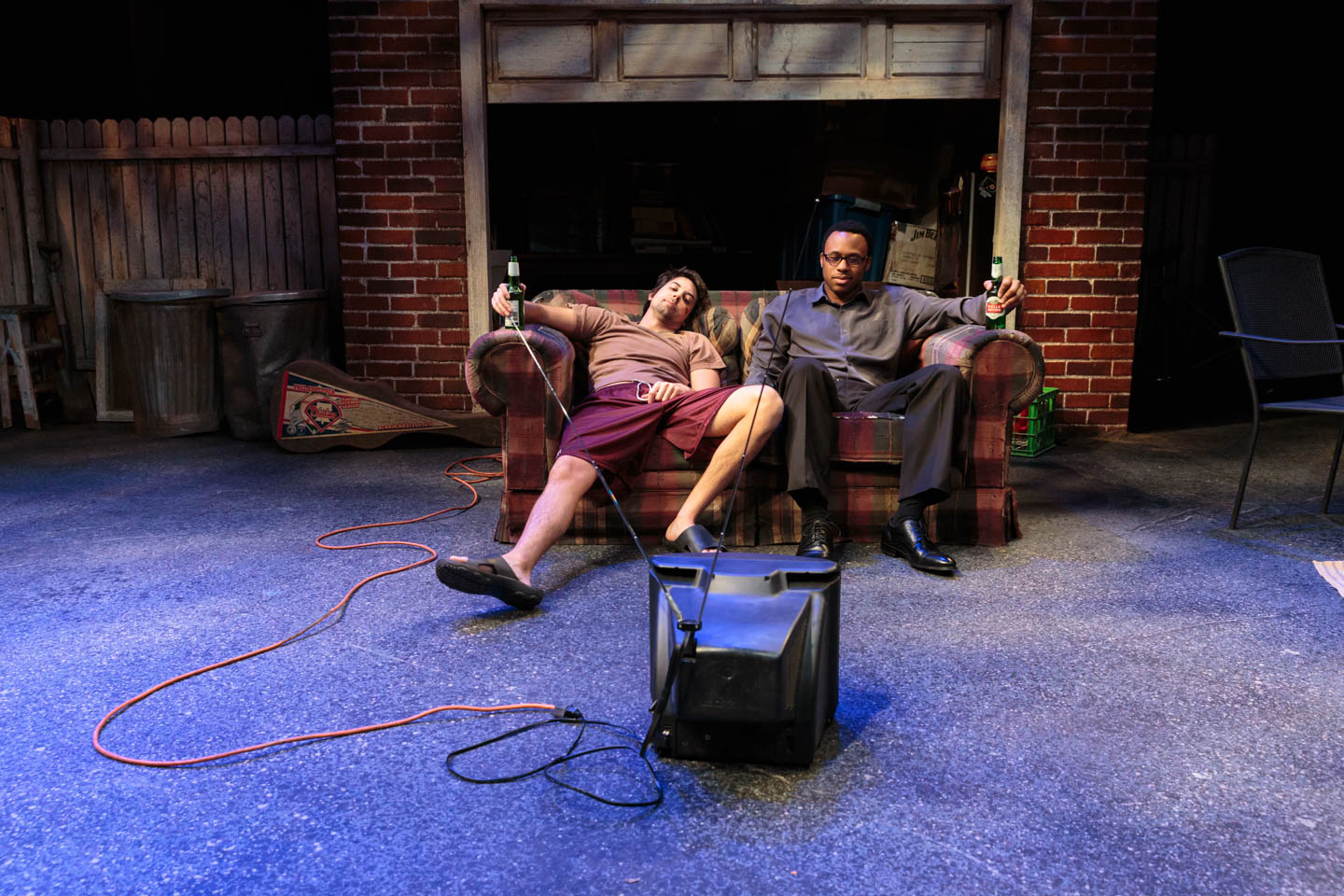 Watching TV in the backyard 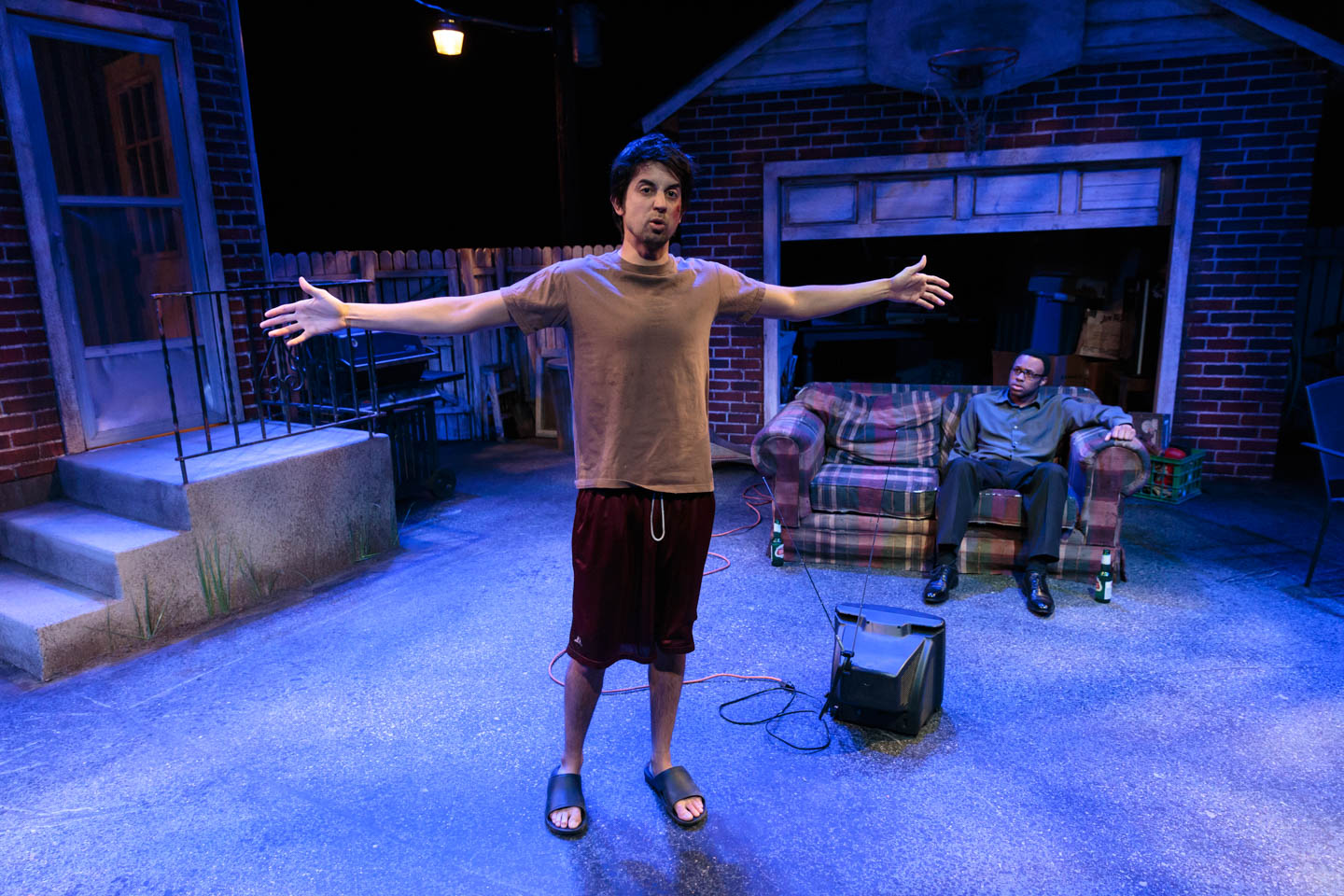 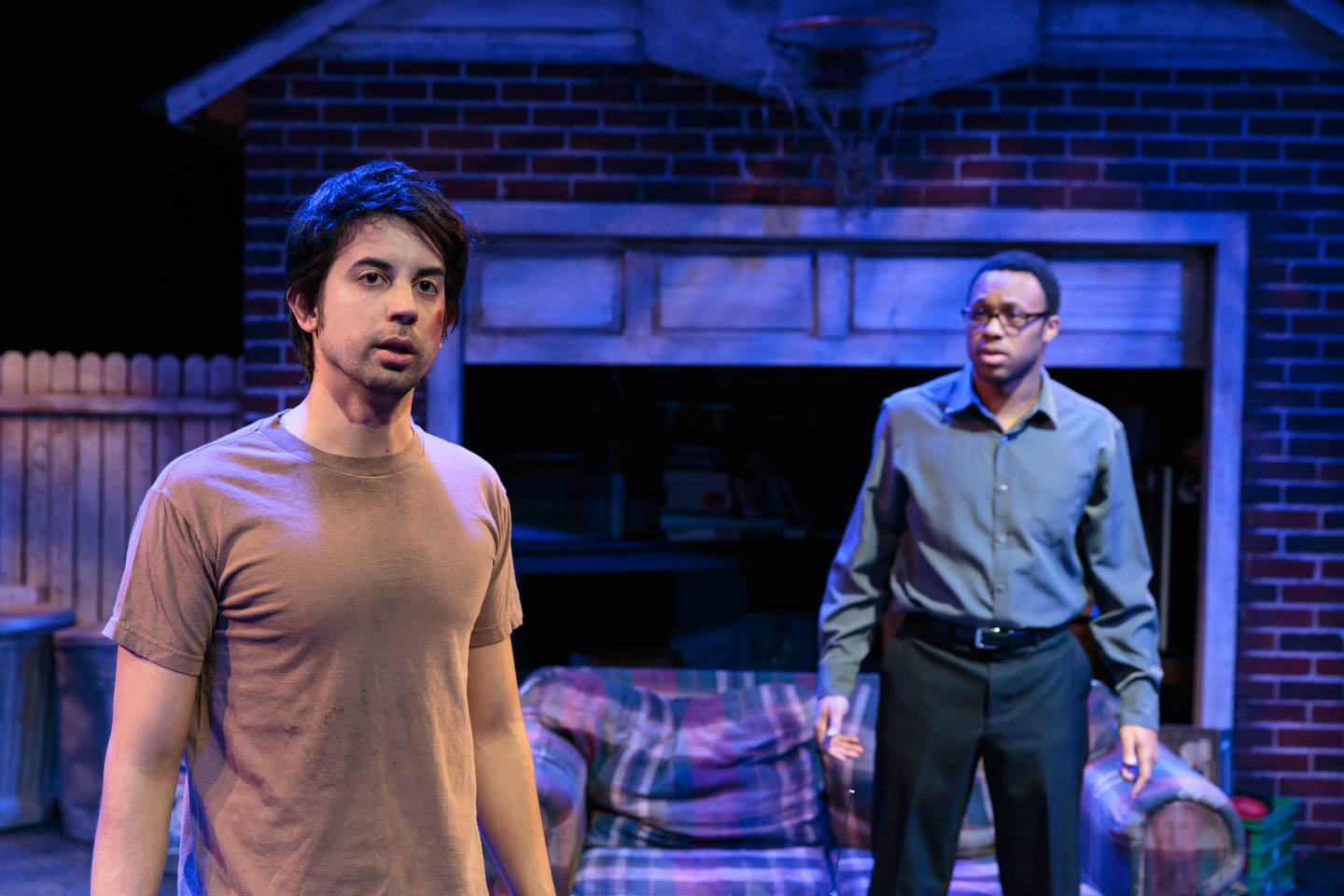 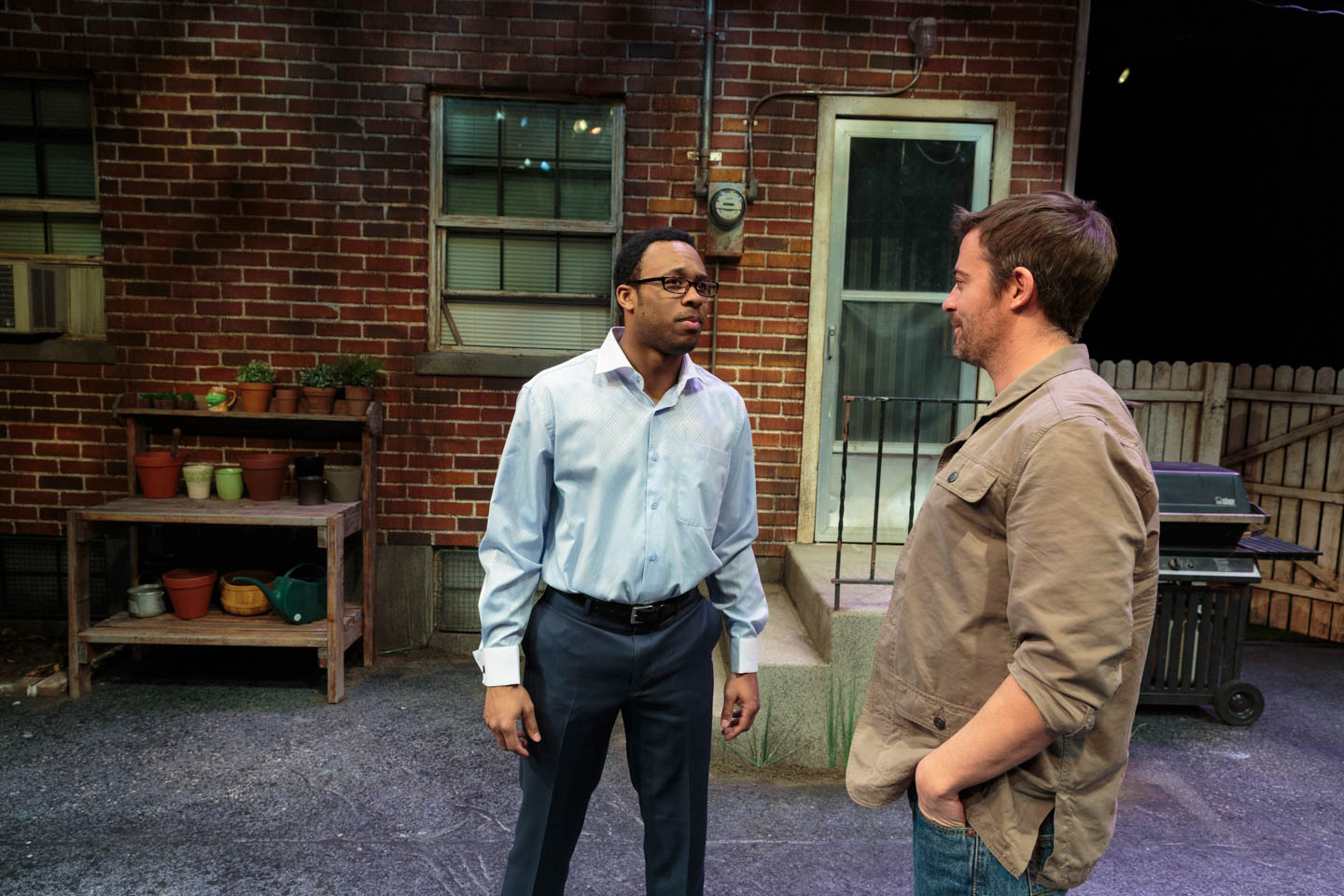 Going on a date 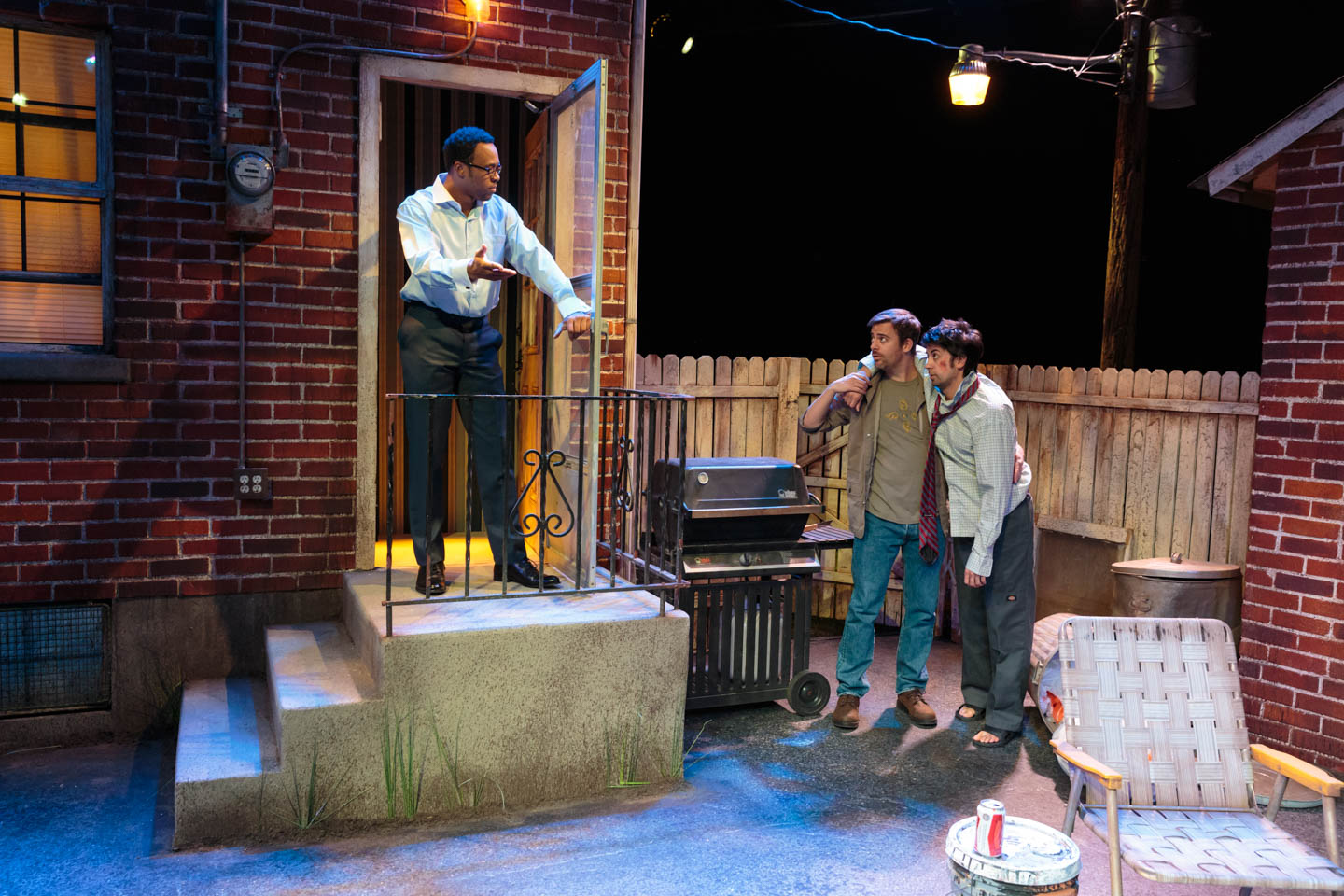 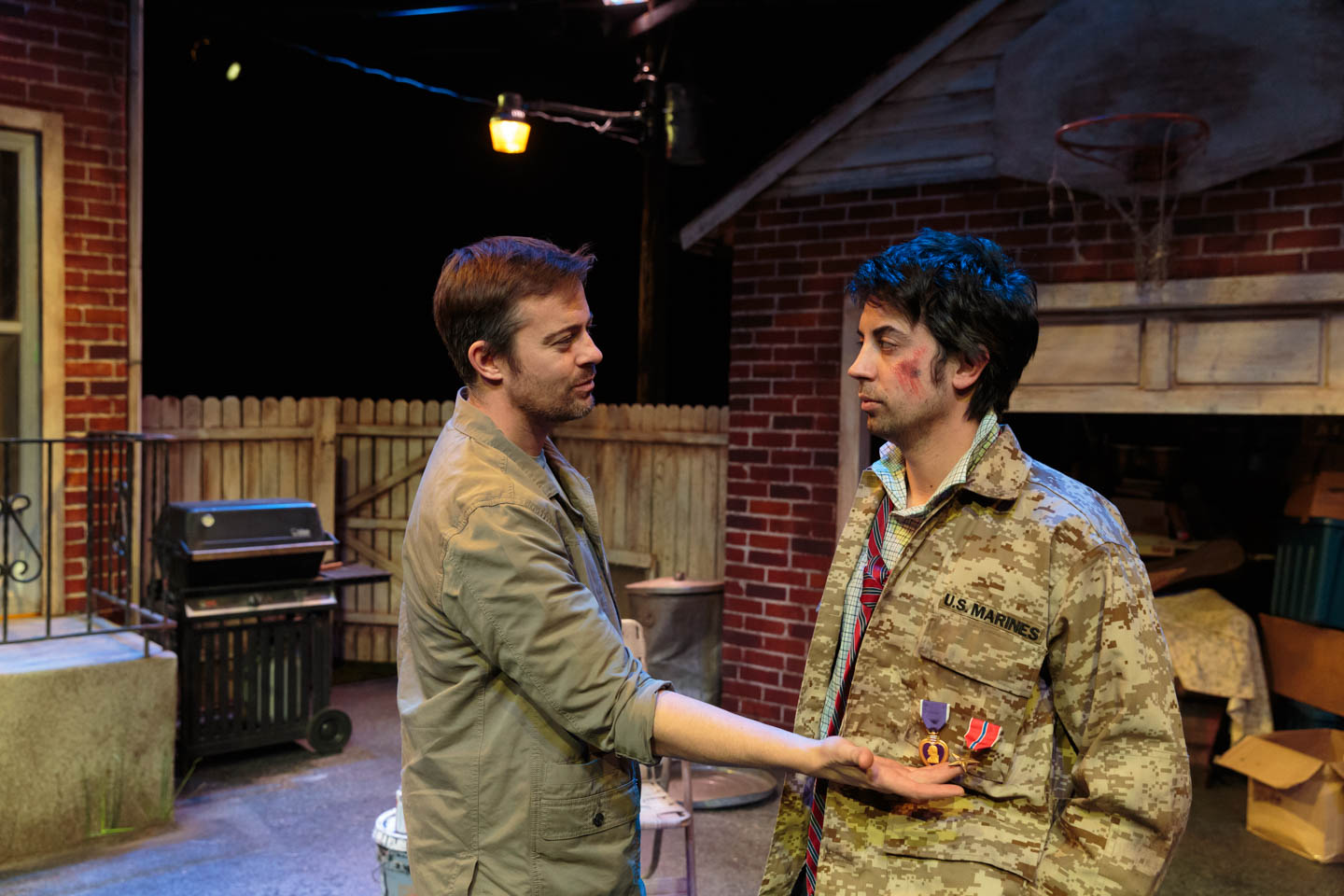 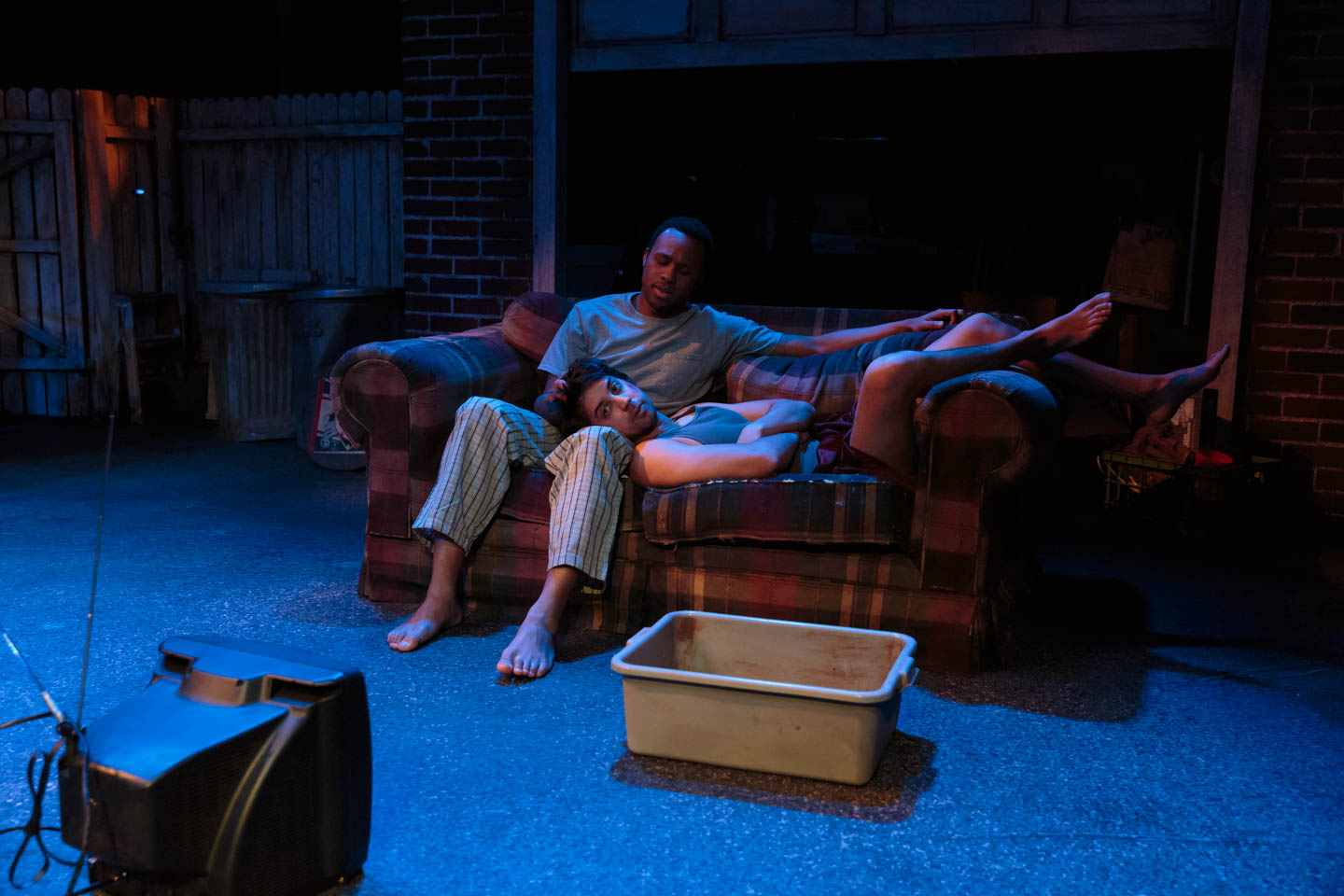 Finding comfort with a friend 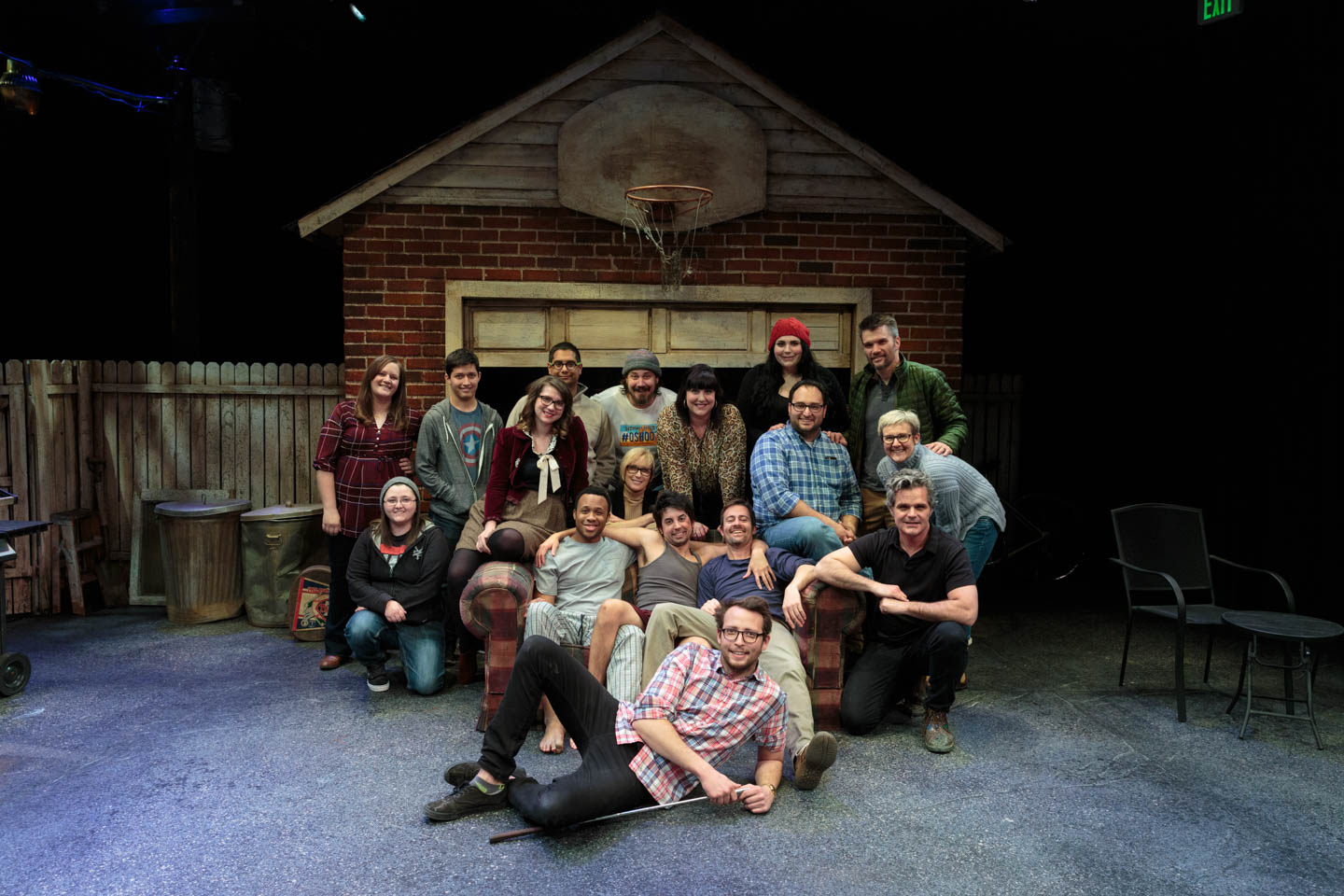 The cast and crew behind Streetlight Woodpecker