The fun thing about photography is the unusual projects become pretty common sometimes and there is always something different and new to create.

We photographed in the studio I use in Draper. We photographed for almost an hour in different poses and situations. Steven used a flashlight, black cloak, and my Prada sunglasses for this photo shoot.

Steven gave me some basic ideas of locations… the salt flats, cemetery, Utah, Mormon, Temple Square. I’m showing the images in the order I think tells the story from his hell to heaven journey. I was watching the Harry Potter movies while I edited these photographs and wonder if they might have influenced my editing. Only one of these photos needed a stock photograph… and that was the cemetery. Surprisingly, I don’t have a great cemetery photo on my computer. 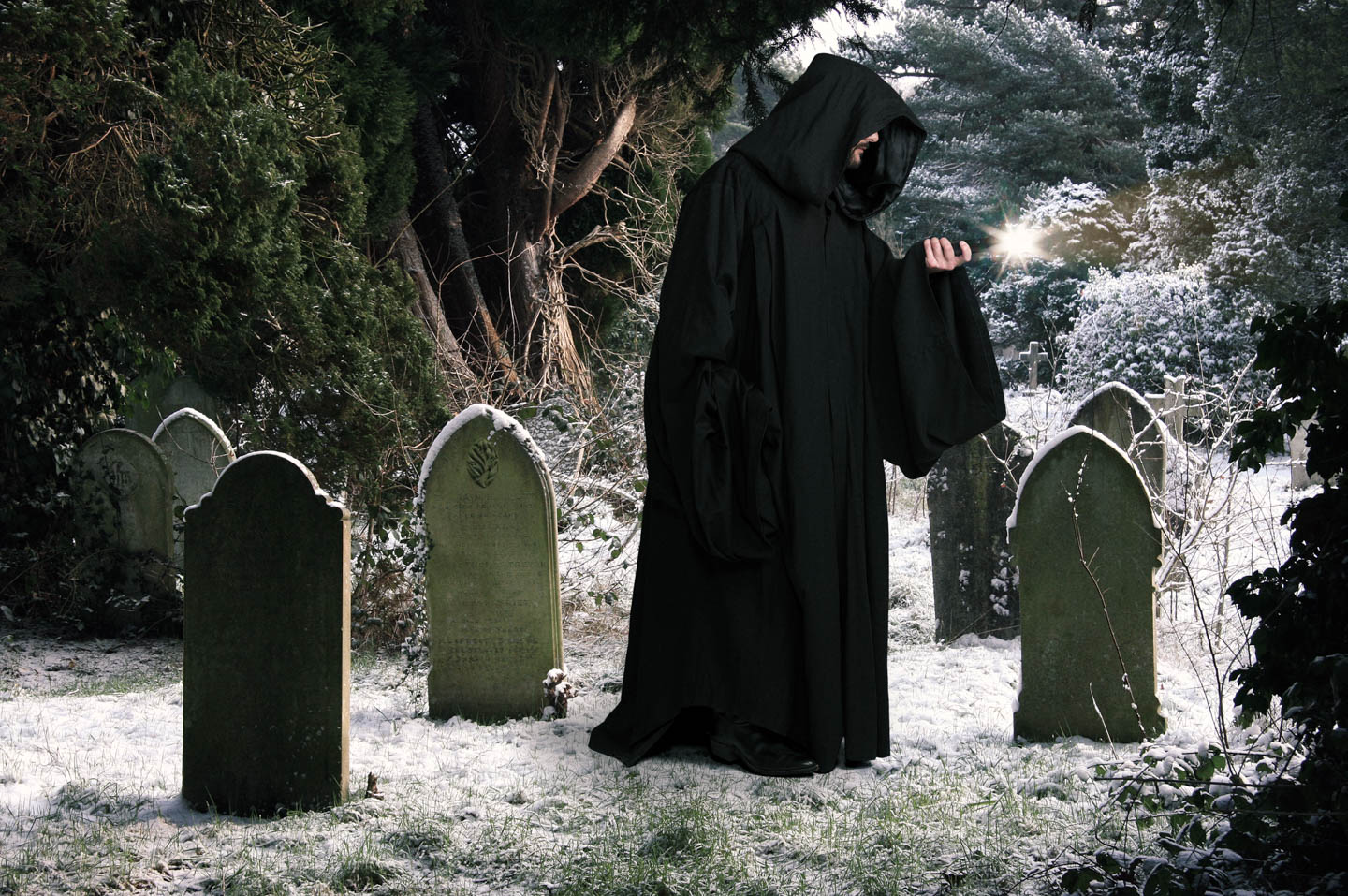 Steven walks through a lonely cemetery

But, I do have plenty of Salt Flat photographs. I added some streaming sunlight that can symbolize a rising on a beautiful future or a setting sun for gloom and sorrow. 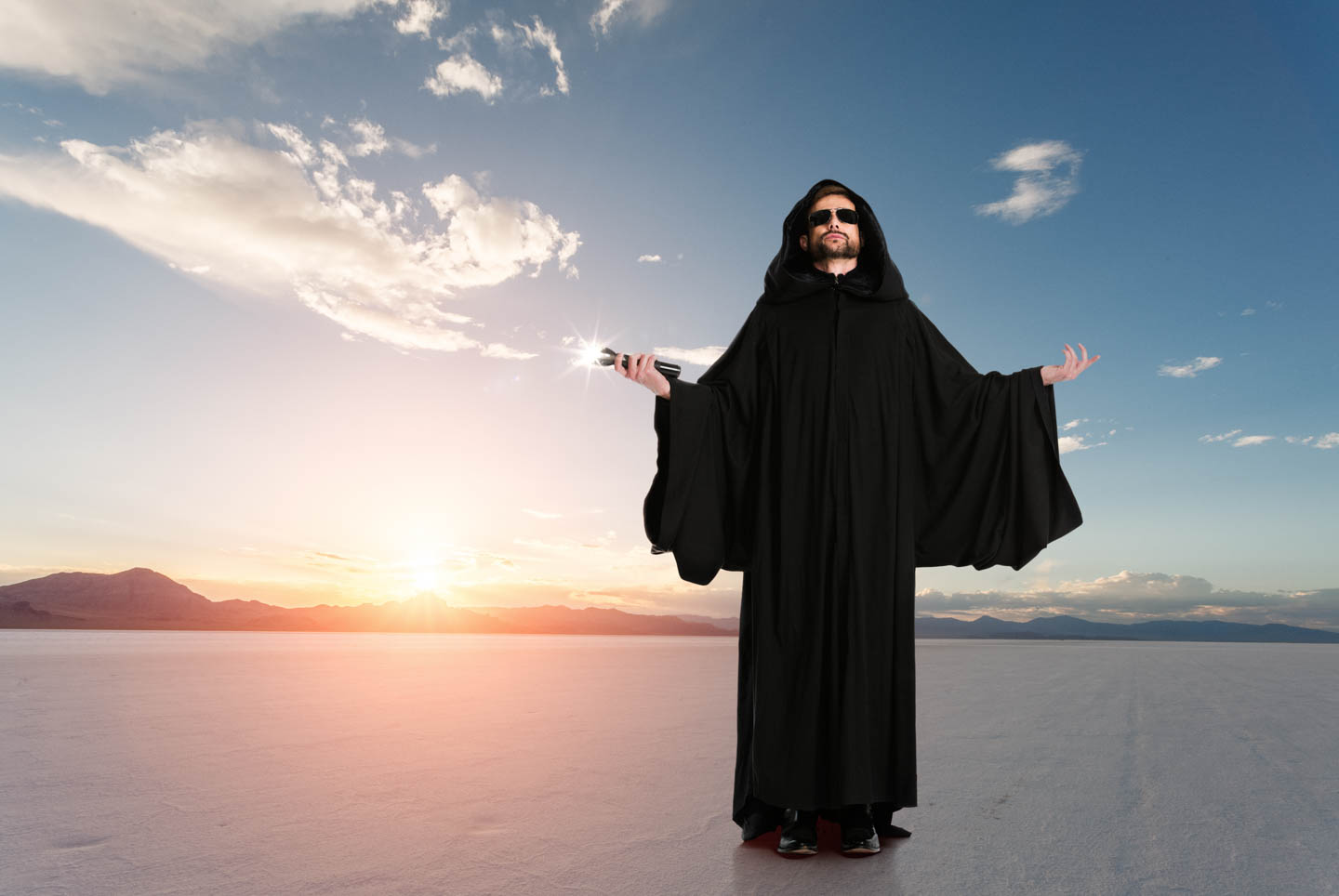 I think this photograph is hilarious. Would a ghost wandering the world use public transportation? I tired to use the same light beam on the flashlight to help tie the photographs together. Yes, the photos are during daytime but he is a wandering soul lost in a spiritual darkness. It’s a metaphor. 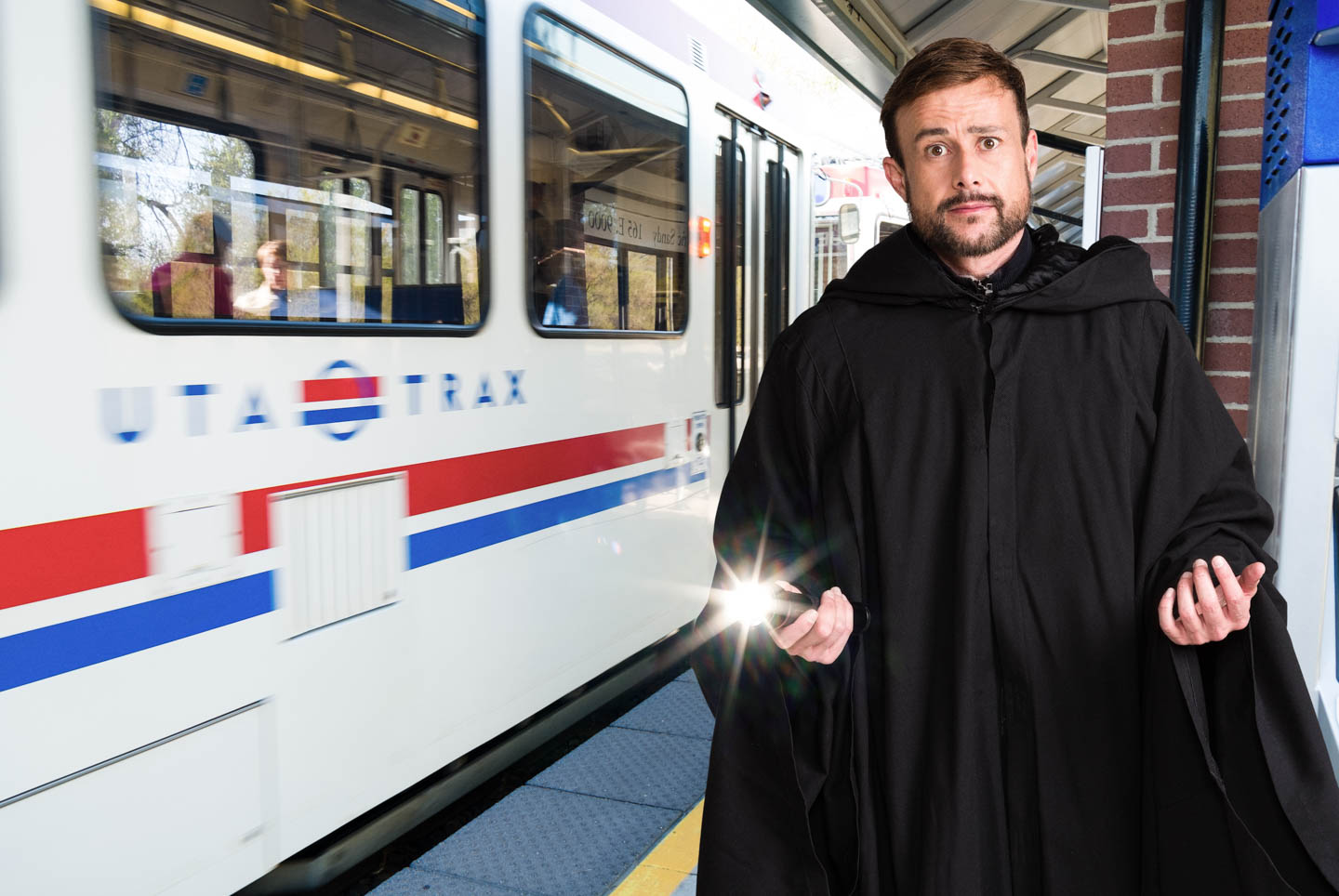 This one took some work. I ended up with this look for walking on water. I think next time we would photograph him in a 2 in pool of water or something to make the splashes and ripples more realistic. There aren’t a lot of examples of people walking on water… at least not in photographs. 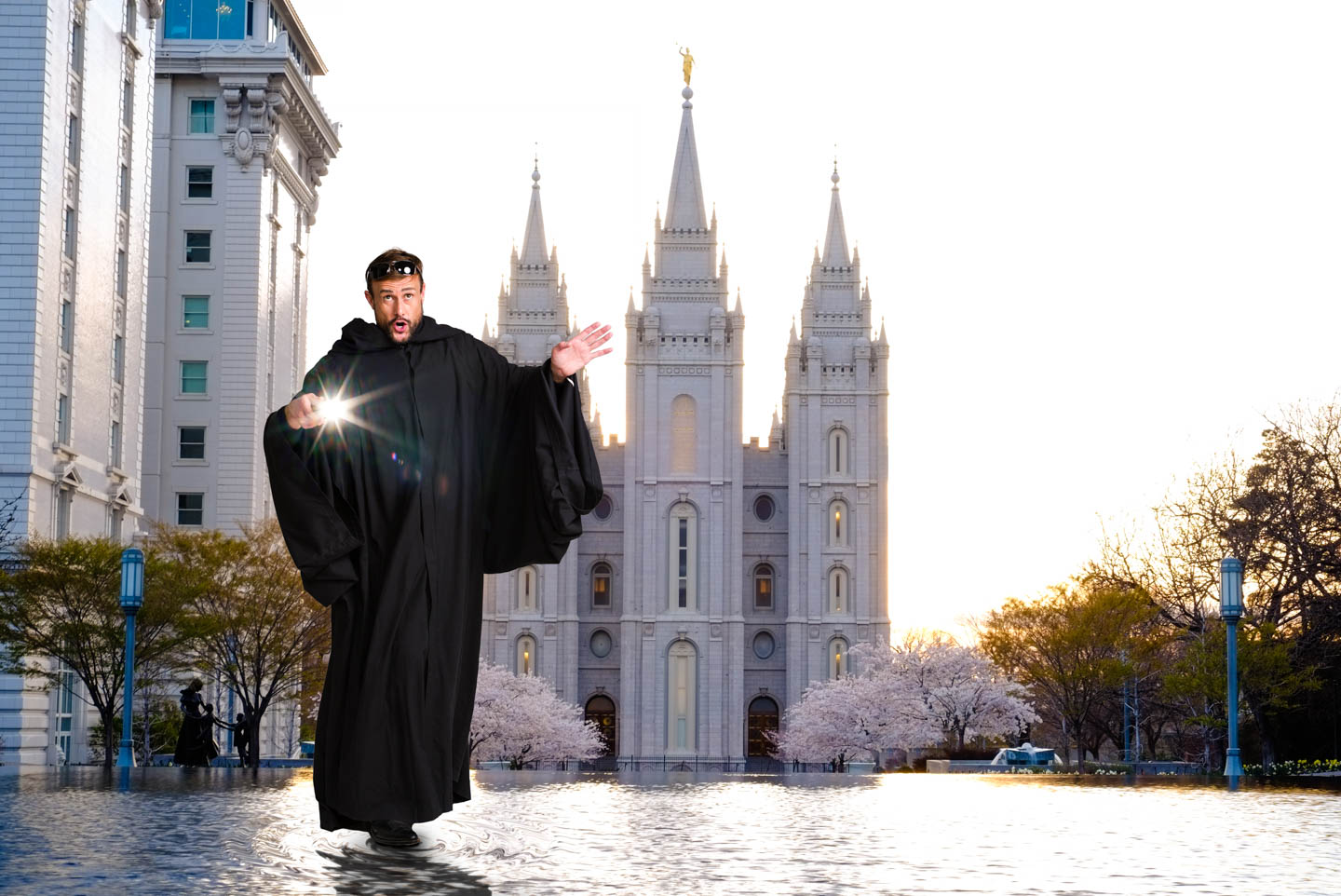 And these are some Photoshop composites in front of the Salt Lake Temple on Temple Square in Salt Lake City, Utah. 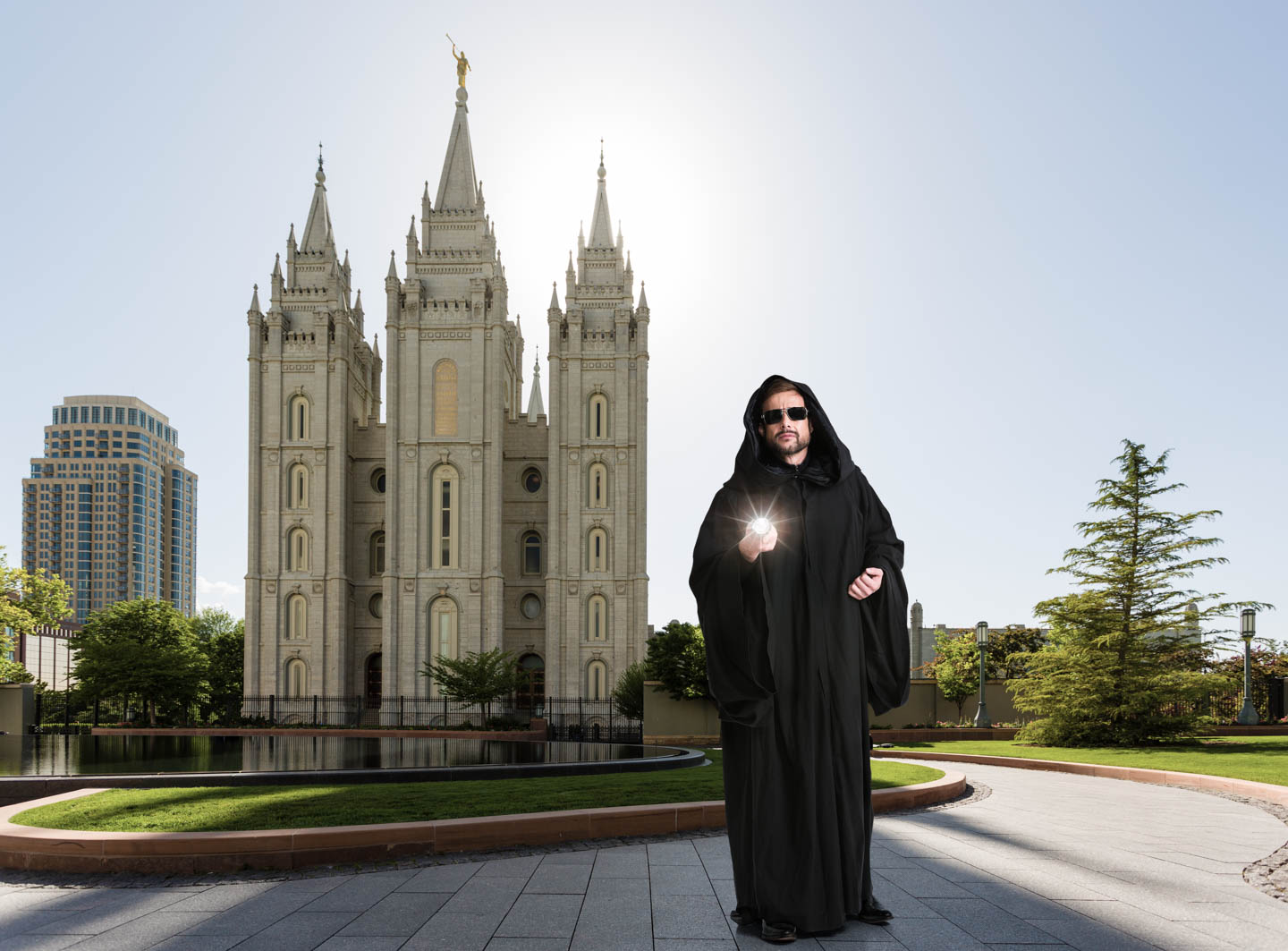 Steven had the idea to pose with his foot on a step stool similar to Captain Morgan rum. It was perfect for this photograph. 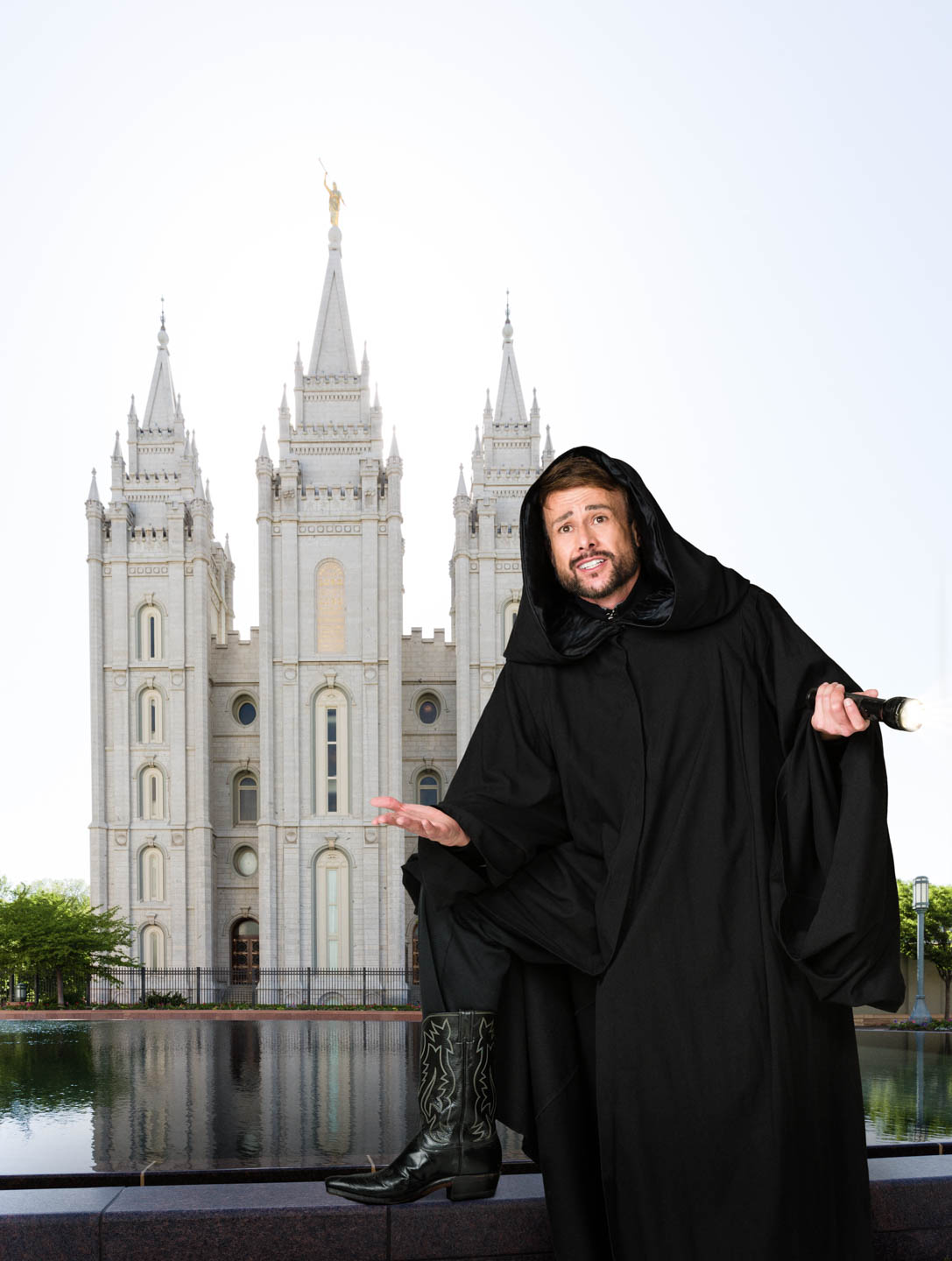 Steven looks for solace by the Salt Lake Temple

Finally, we have him in “heaven” and I am going with the popular image of heaven being in the clouds but personally, heaven would have a bit more decoration than clouds. This photograph of clouds was shot out of a plane window on a recent trip. I thought it might come in handy. A little bit of Photoshop magic and poof! we have a guy coming through the secret entrance to heaven. 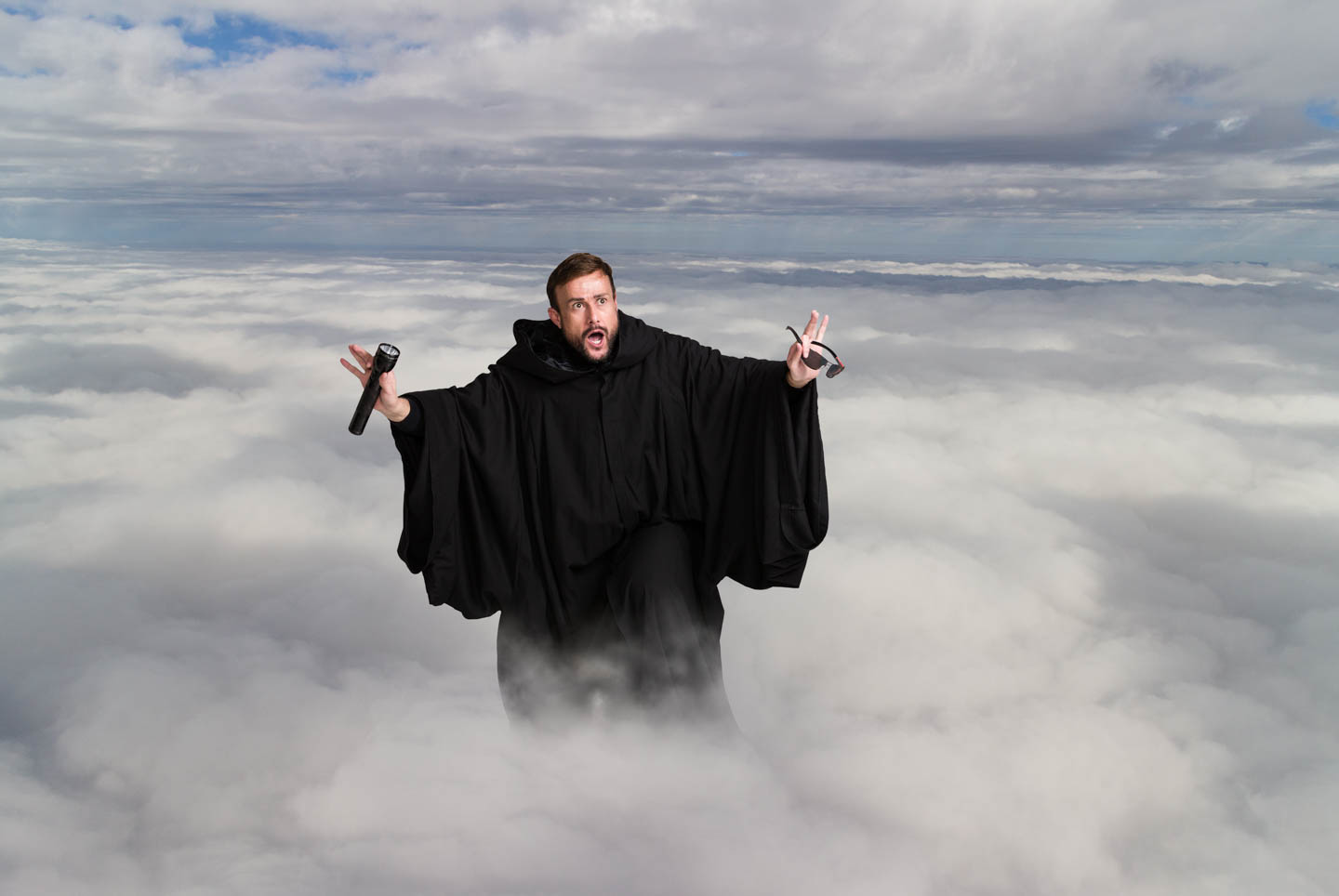 Steven finds his way to heaven aka the Celestial Kingdom

This was fun project and hopefully I can keep doing creative projects like this. Creating a new reality with Photoshop certainly makes for some unique photographs.

Food Photography for Valentine’s Day and Beyond