I’ve already posted some star trails over Moab, but they were digital. These are from my film camera that I had set up. With digital the sensor starts heating up and you get a lot of noise that has to be removed from the photograph. Film doesn’t have that problem. My problem with these film star trails is I should have used a higher ISO film. Maybe a 200 or 400 ISO. Then I would have more stars and the foreground would have a little more definition. Unfortunately I had picked Fuji Velvia 50. That is very slow and I was using it will a slower wide angle lens.

I still love these photographs. The longer lines are from 1 or 2 hours of exposure. There are tricks you can do in digital but I think the film was a lot of fun. I want to go out into the field and do it again when it gets warmer. Moab is perfect for this because it is fairly desert like and the arches and monuments can look amazing for foreground elements. 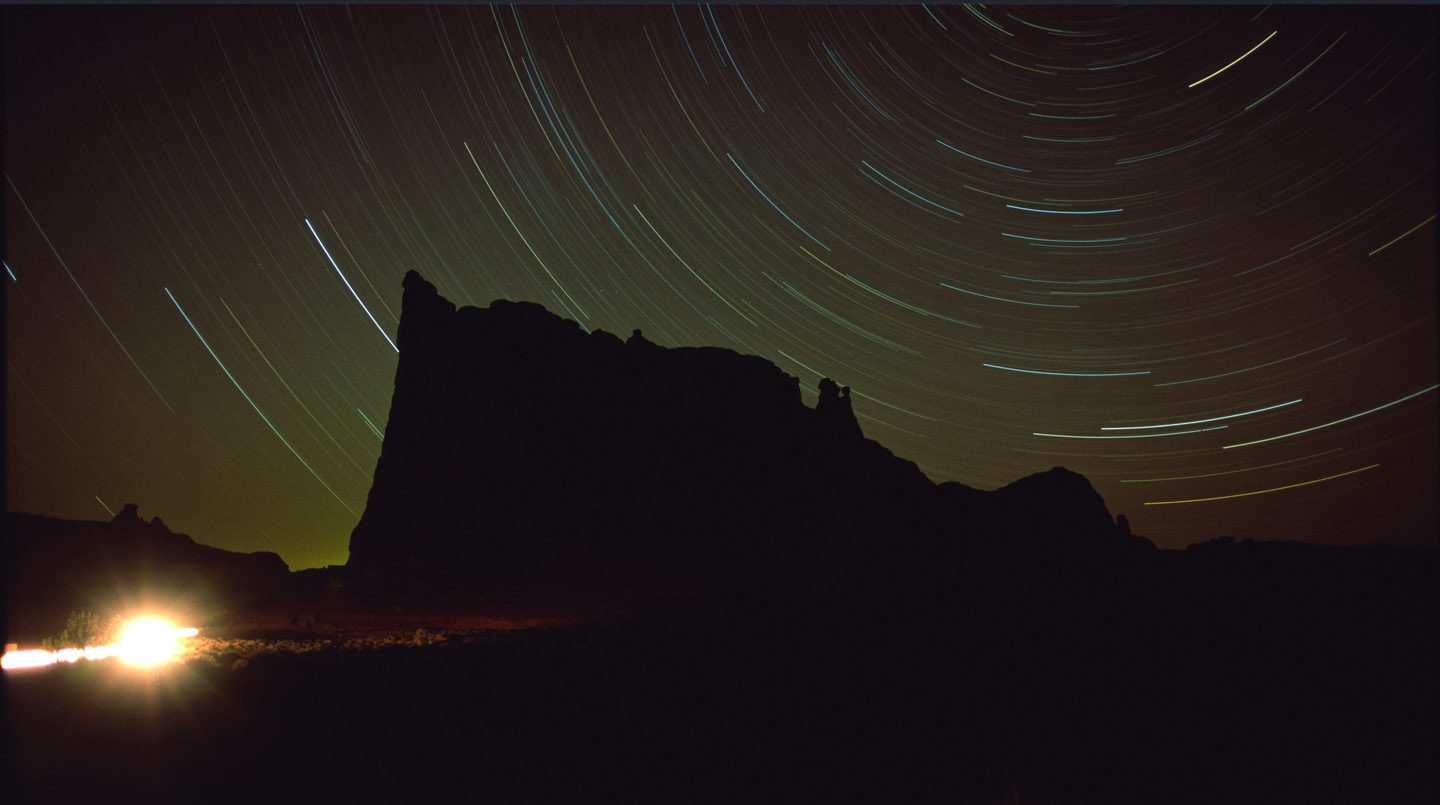 Star Trails over the Organ in Moab

I did the scanning of the film myself. That was a challenge. I think Velvia is a different beast and it curls a bit when you try to scan it. I tried the Epson V600 and I got better results from the Nikon CoolScan V. I’m hunting for some better software to use with the scanner but it worked pretty well for 35mm. Next time I’ll just send the film to a lab and have them scan it. 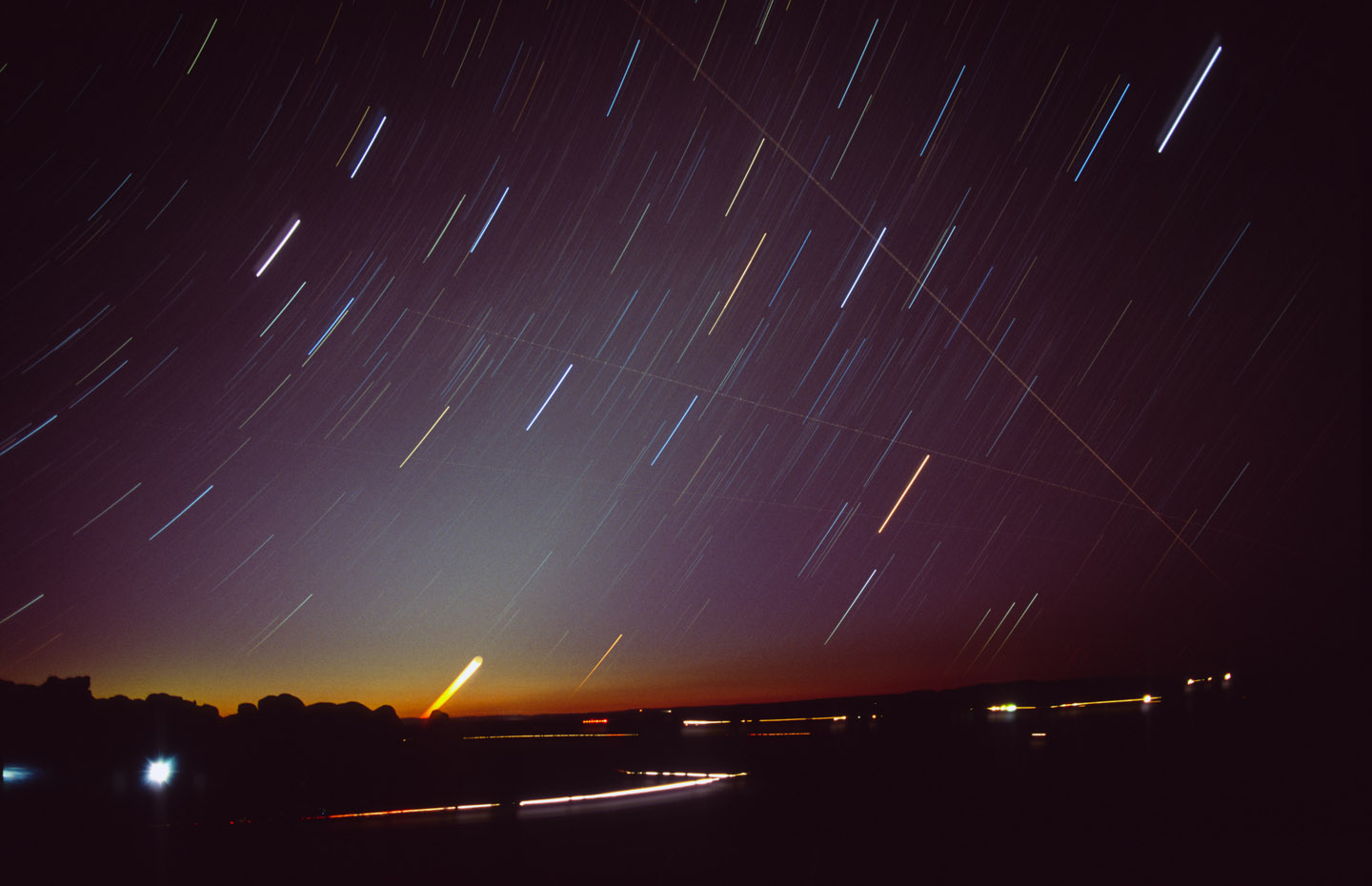 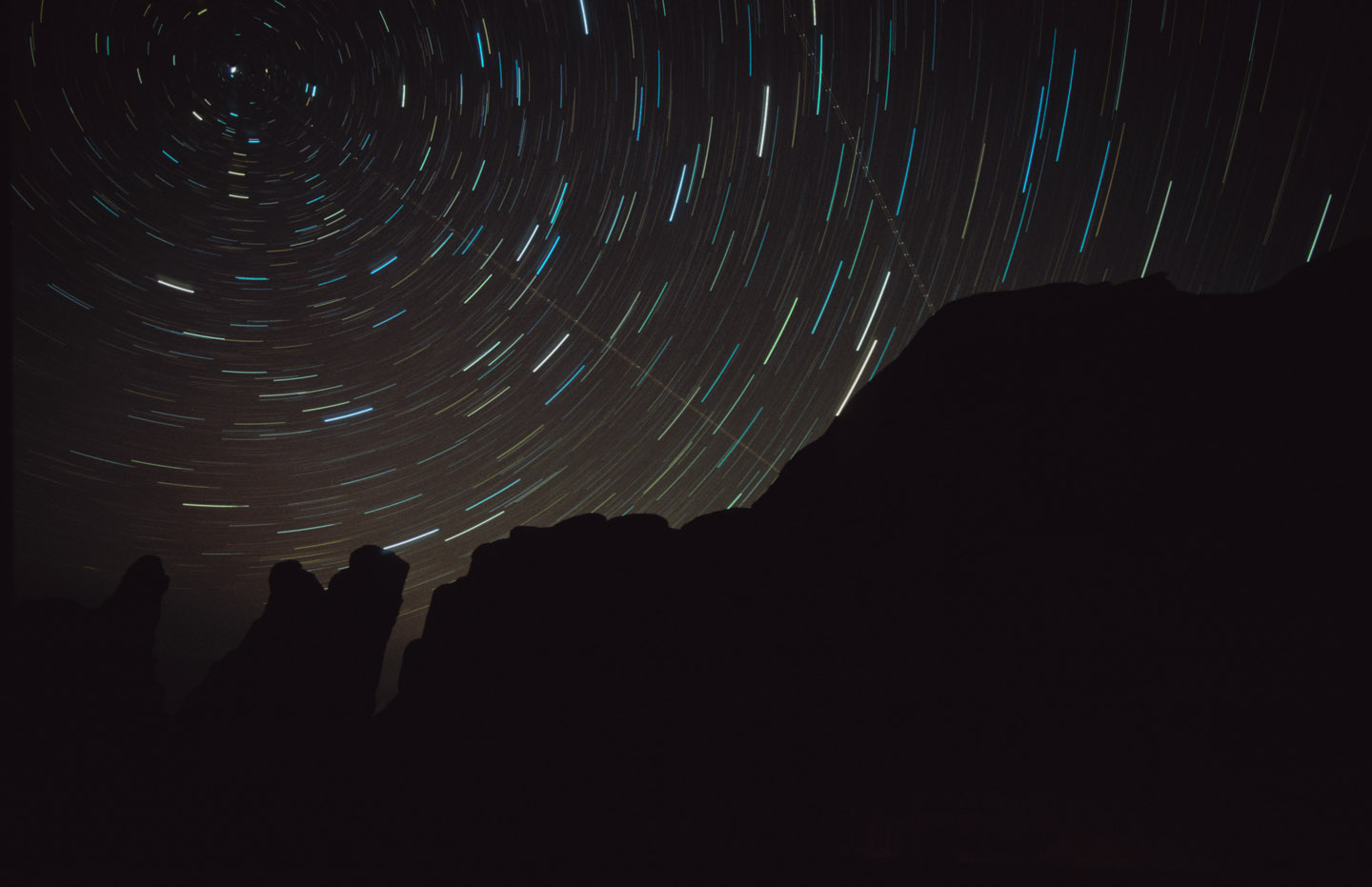 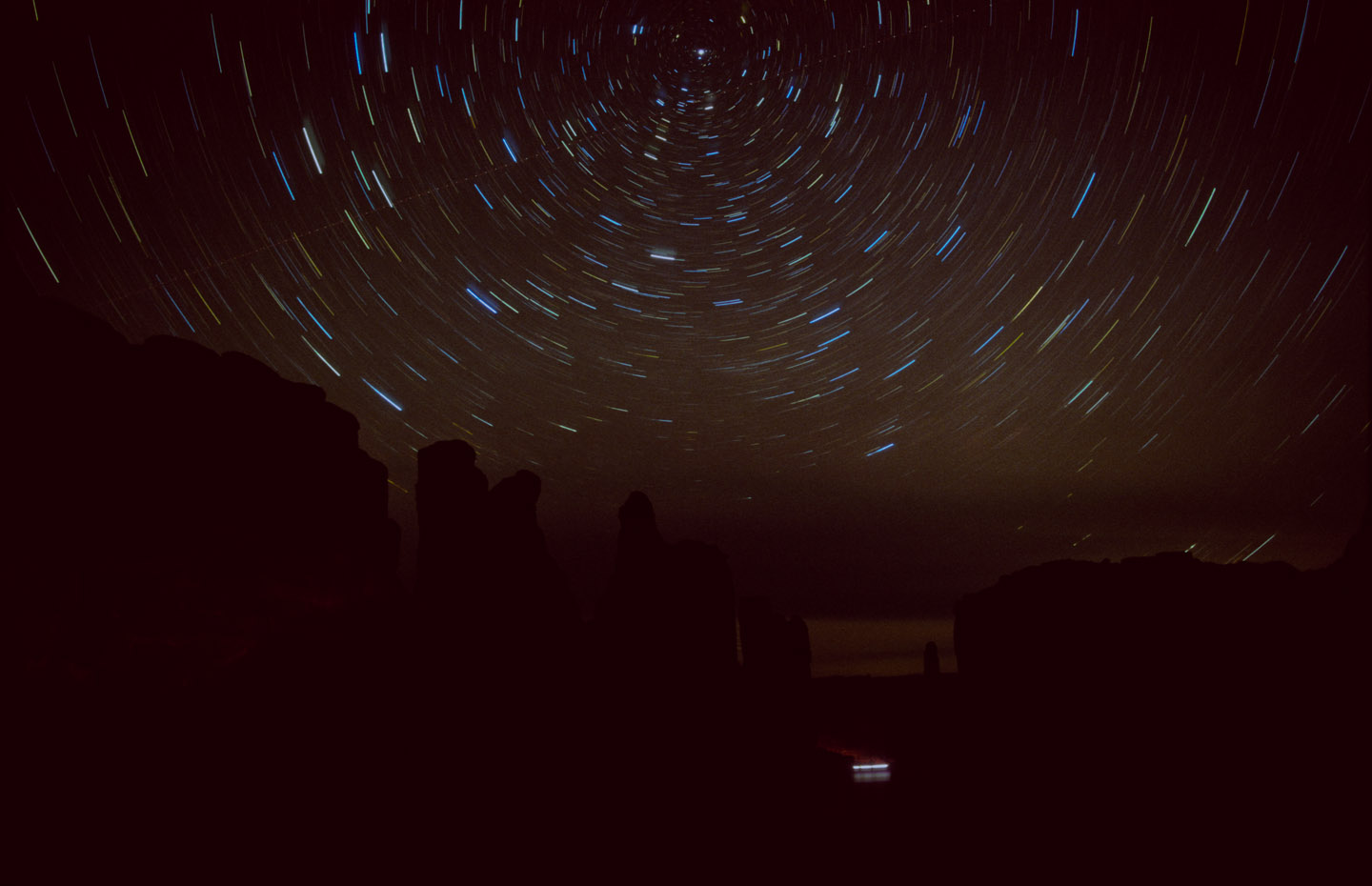 Star trails with Polaris over Park Avenue in Moab 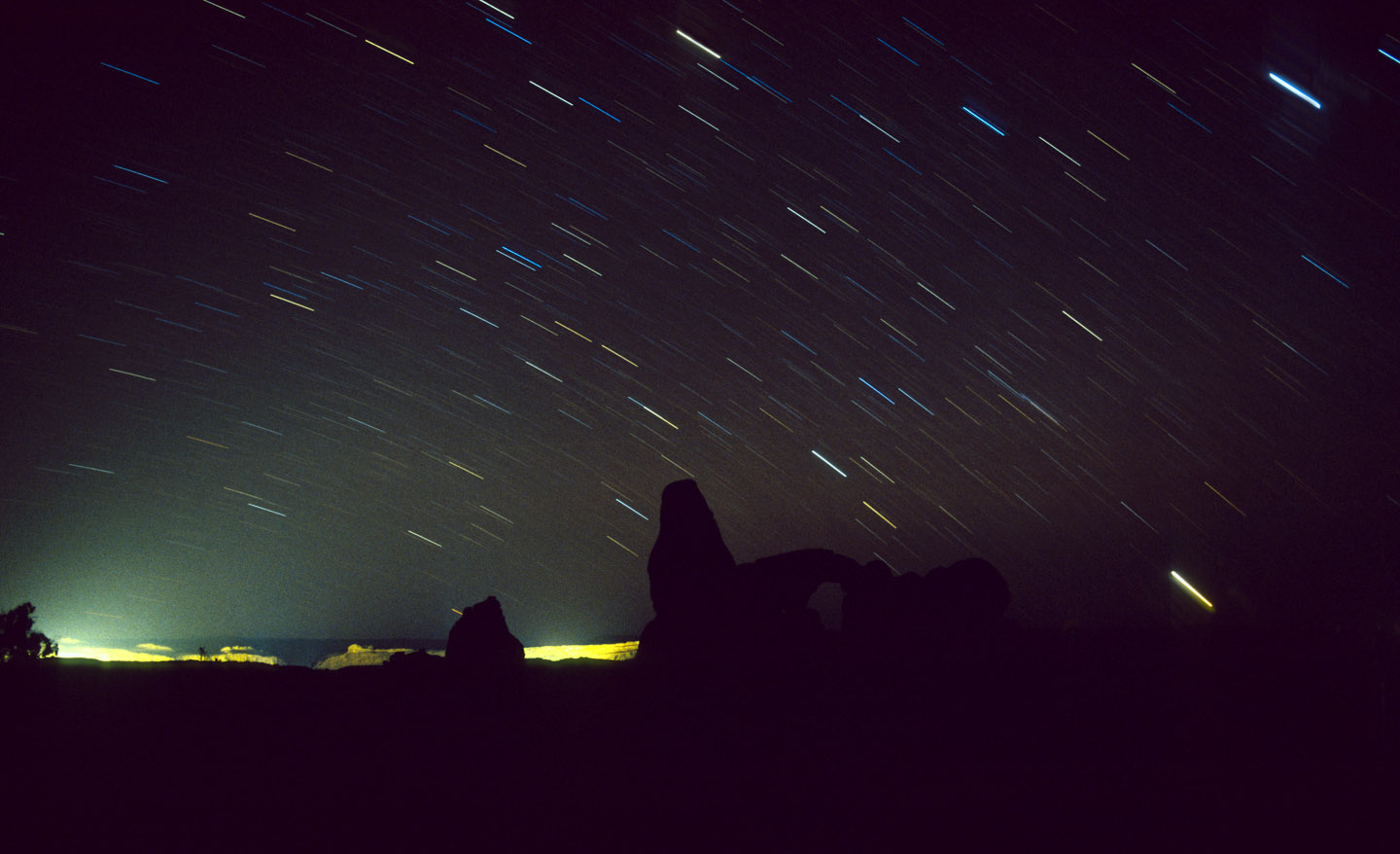 Long exposures to create star trails. Film is awesome for this.

Le Croissant at The Complex and I’m the Catering Photographer