First things first, the little thing… I wish I had captured the cyclist’s full helmet. That being said, the helmet isn’t the important thing of the subject. The morning was overcast and the sun was just barely peaking through the clouds and I captured some rays of light through the bike, and so I enhanced that in Photoshop. Sometimes, photography is what we want it to be, not what it was when we clicked the shutter.

When I take a photograph there are several thoughts going through my head… will this look good as a commercial advertisement? Is this art that would go on the wall? Or is this a snapshot that might get lost in the world that is Facebook? I like to create photographs that have commercial and personal appeal. I like the idea if a photograph could be used commercially and at the same time would be considered wall art.

This photograph is from the Freedom Festival Parade in Provo, Utah. The cyclist was performing with others on a motorized ramp that would follow them through the parade. 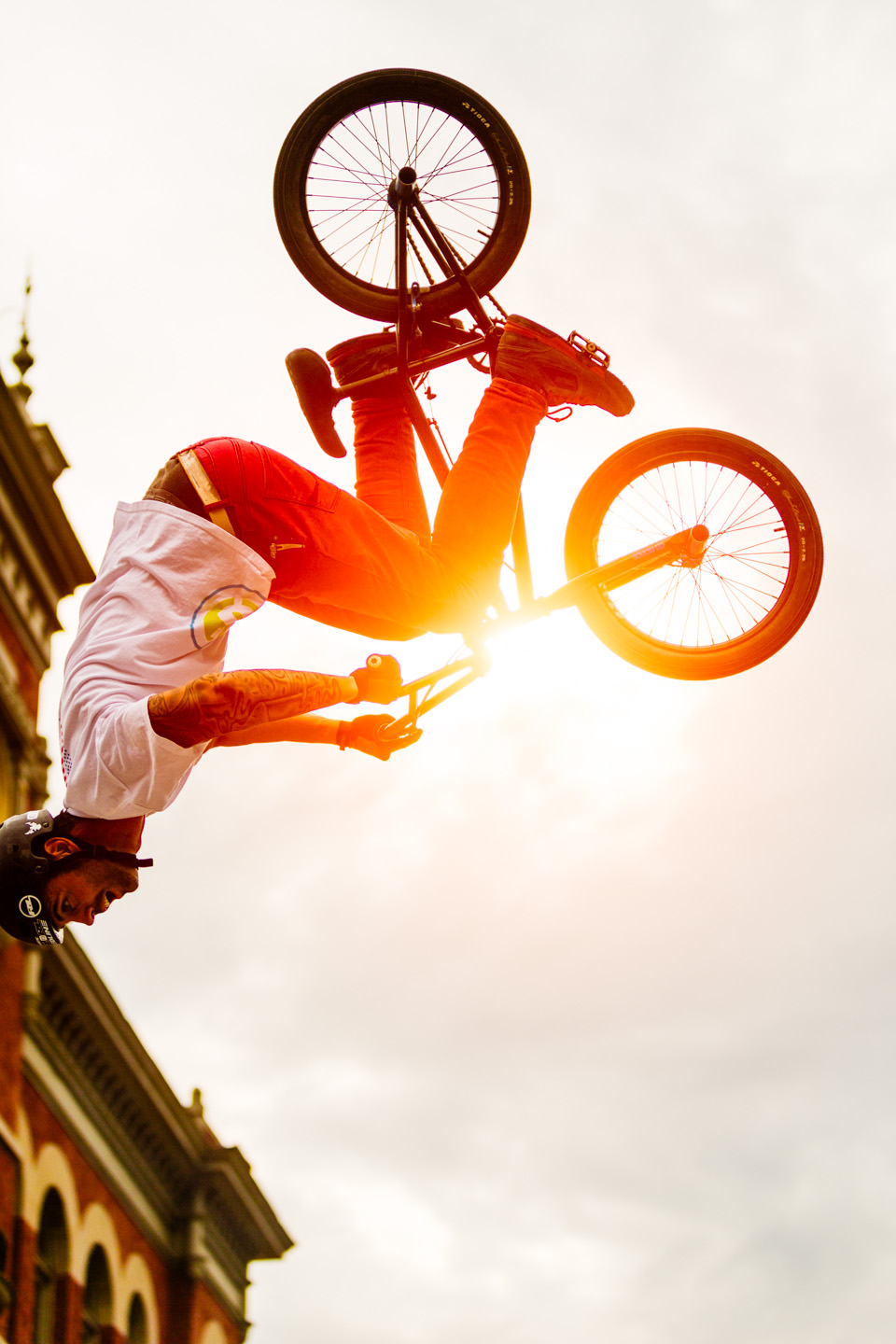 BMX Cyclist performs a backflip in the Freedom Festival Parade

What is your practice? What do you love so much it consumes your time?

[…] And years ago, I had the chance to photograph some BMX bikers during a parade, and I got one photograph. […]