Top Posts
Delicate Arch & the Milky Way Galaxy
Family Photo Session in Memory Grove with the...
A Surprising Location for a Portrait
Leasey Family Portraits in Studio
A Before & After from Photoshop Retouching
An Orem Wedding in the Time of COVID-19
Maya’s Fashion Portraits on the Bonneville Salt Flats
Dave & Doug’s Family Photo Shoot in Big...
Children Photo Shoot in Big Springs Park in...
Autumn Portrait Season is Around the Corner
Home Events Salt Lake Democratic Convention 2012
Events

I am a radical moderate. In fact I am register independent for years. I can’t remember when I was last affiliated with one party or the other. However, photographing the convention at Murray High School for the Salt Lake County Democrats showed me a side of politics I have really never witnessed. I really haven’t been the person to walk door to door asking for people to vote for a candidate. I hate going door to door. 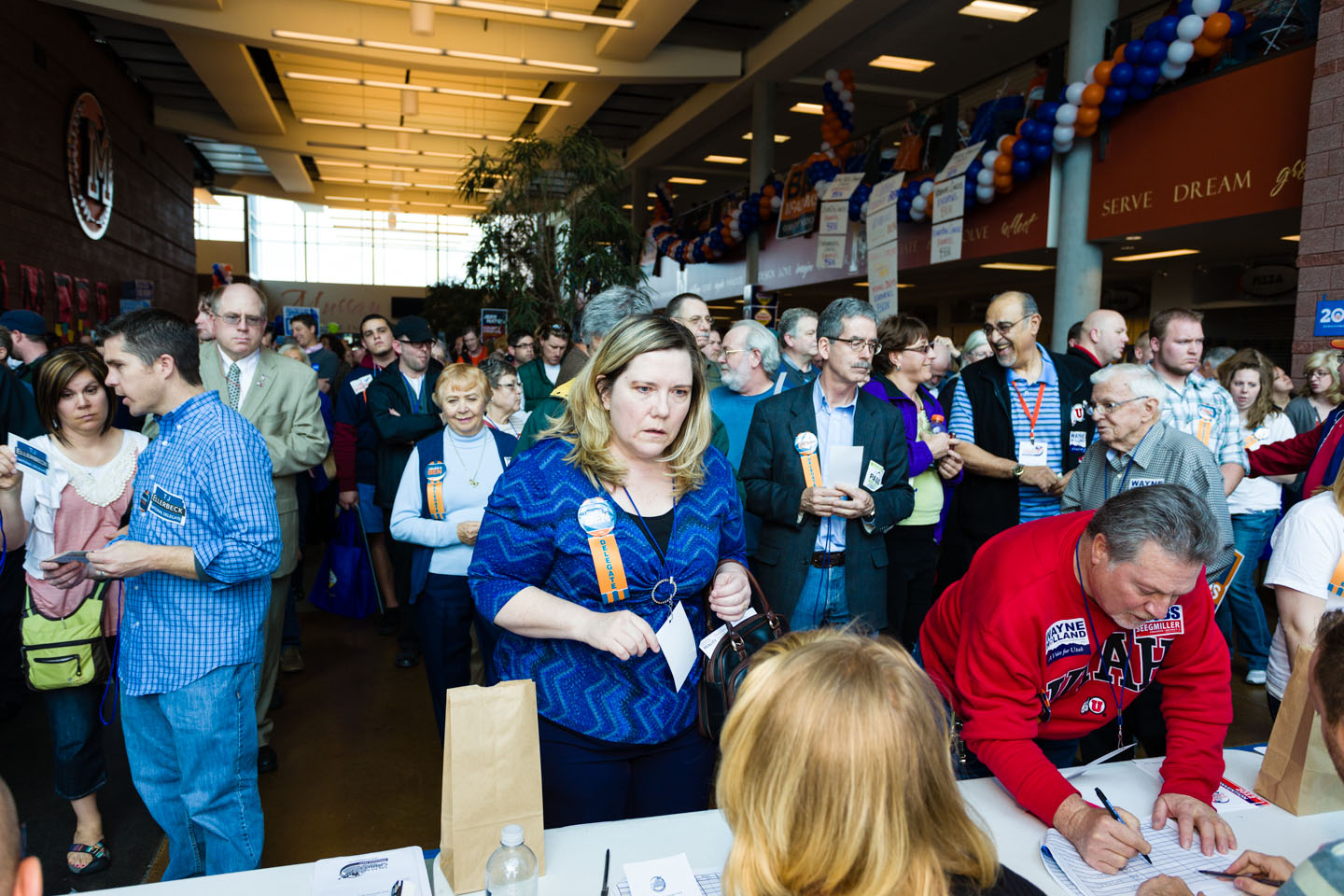 The people who become delegates at conventions are hardcore, for whatever party they are respresenting. They know their beliefs and they like their people. It really becomes a team sport atmosphere. People will vote for their party because that is their team. It is really fun to watch. 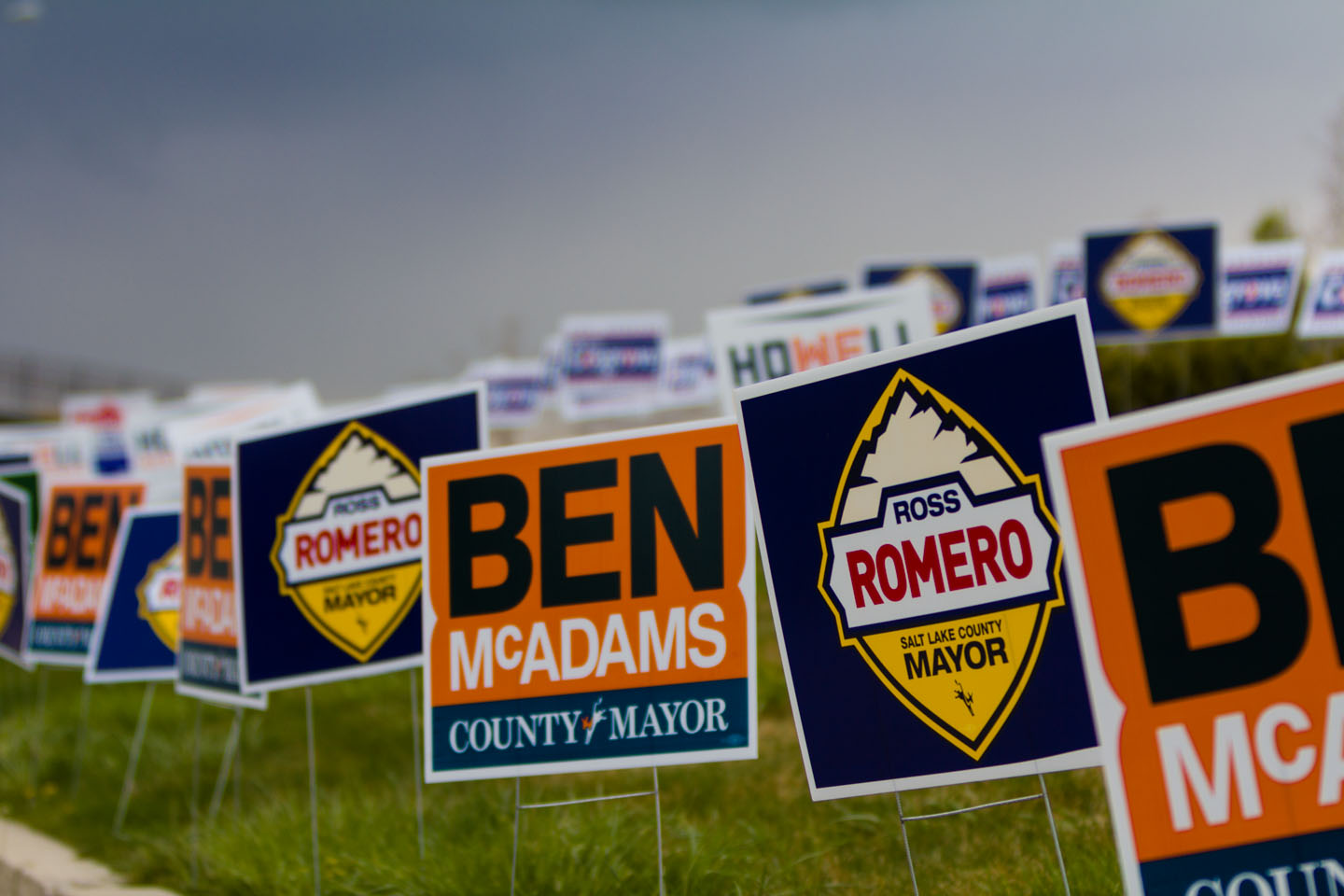 Policitcal lawn signs are outside of Murray High School

This convention was important because they big job they were looking to fill was Salt Lake County Mayor. Ben McAdams eventually defeated Ross Romero to become the candidate. 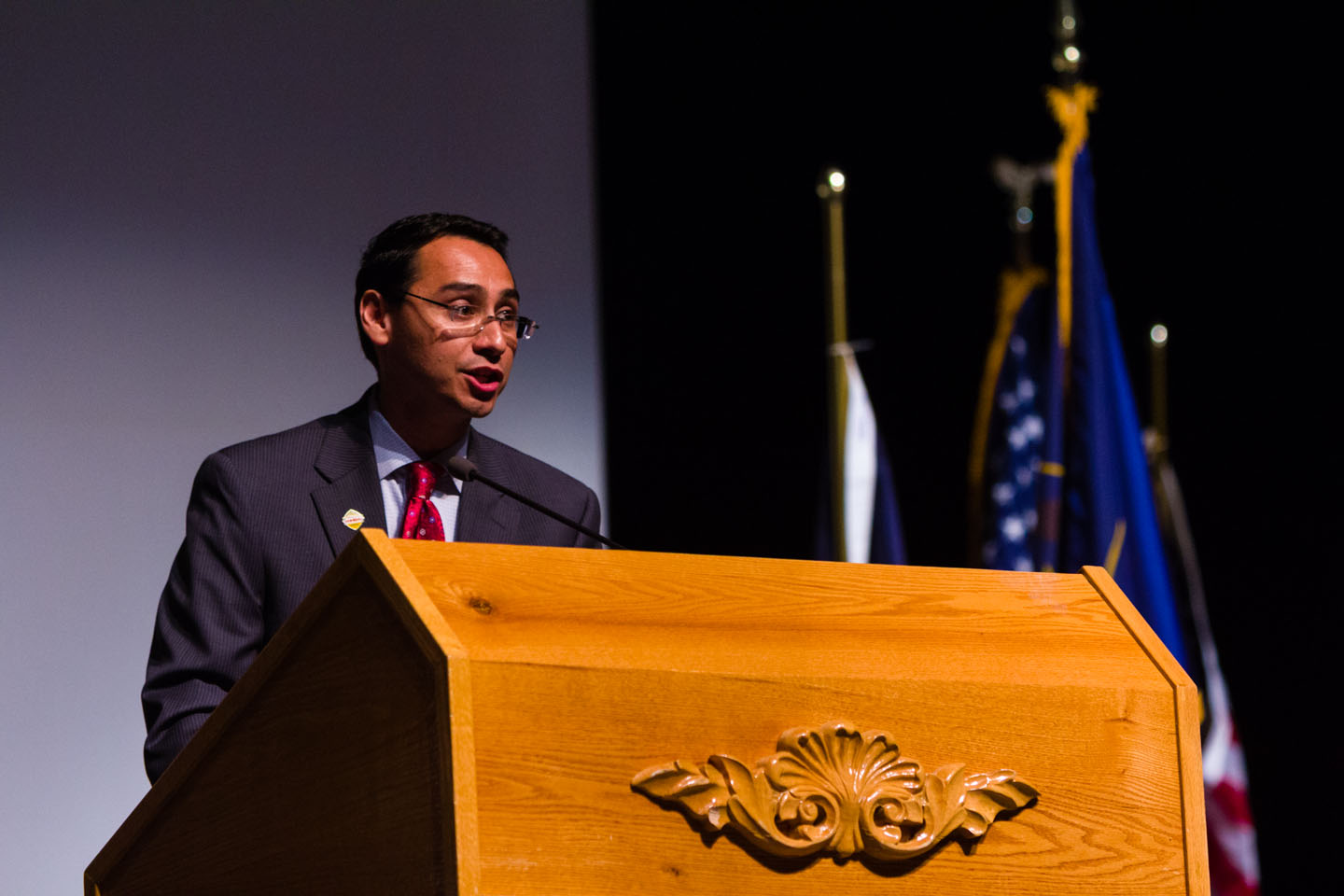 Ross Romero speaks to the Convention

I know that I have attended a lot of political protests, I might have to look at becoming more involved politically. It was rather fun, even if I was just the photographer. Capturing history and change is a lot of fun. 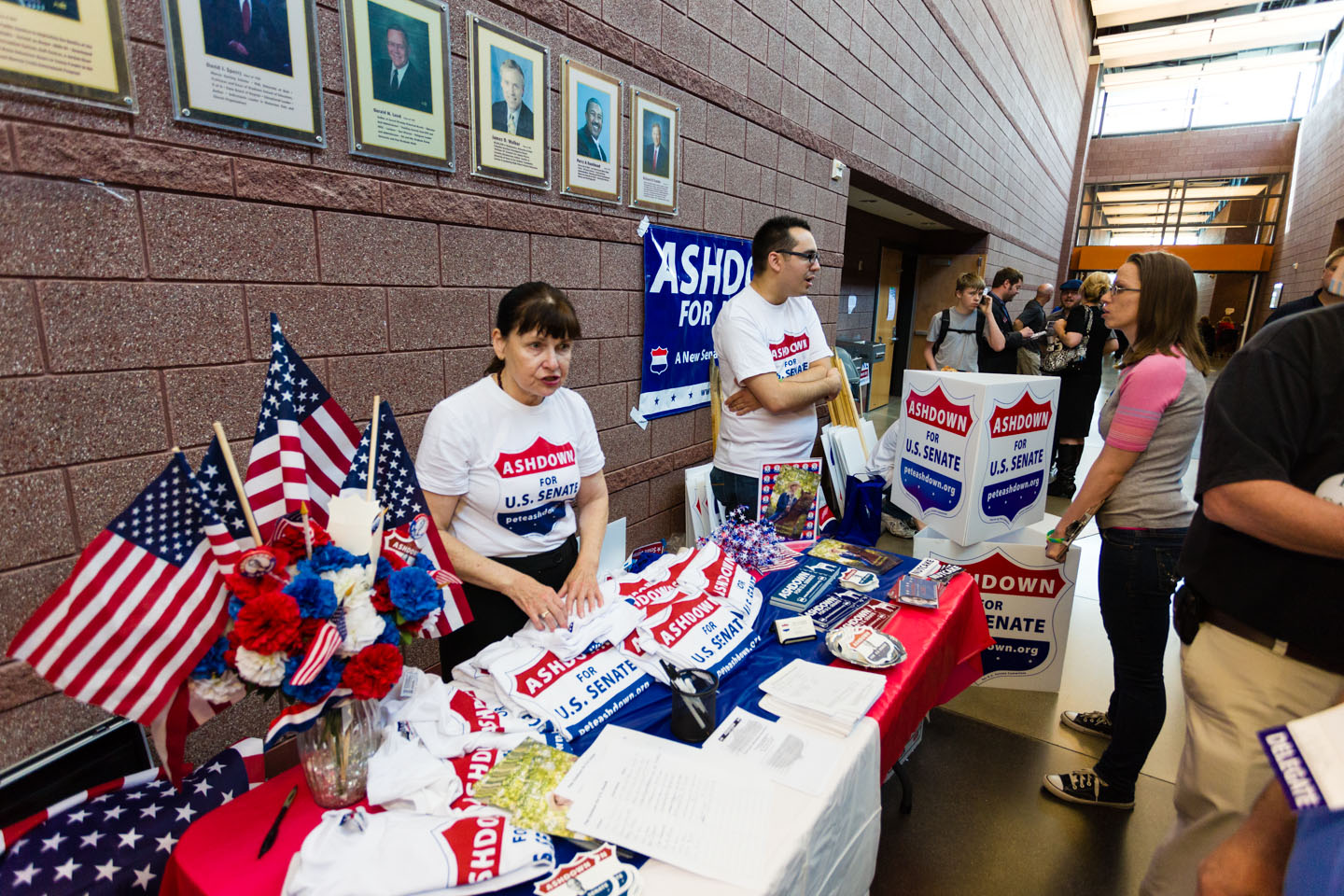 The booth for Ashdown for U.S. Senate

I can only imagine that these kind of conventions have been happening for a few hundred years now in the United States. Grass root politics begins locally, and in many cases stays locally. I suppose photographing events like this really is photographing history. 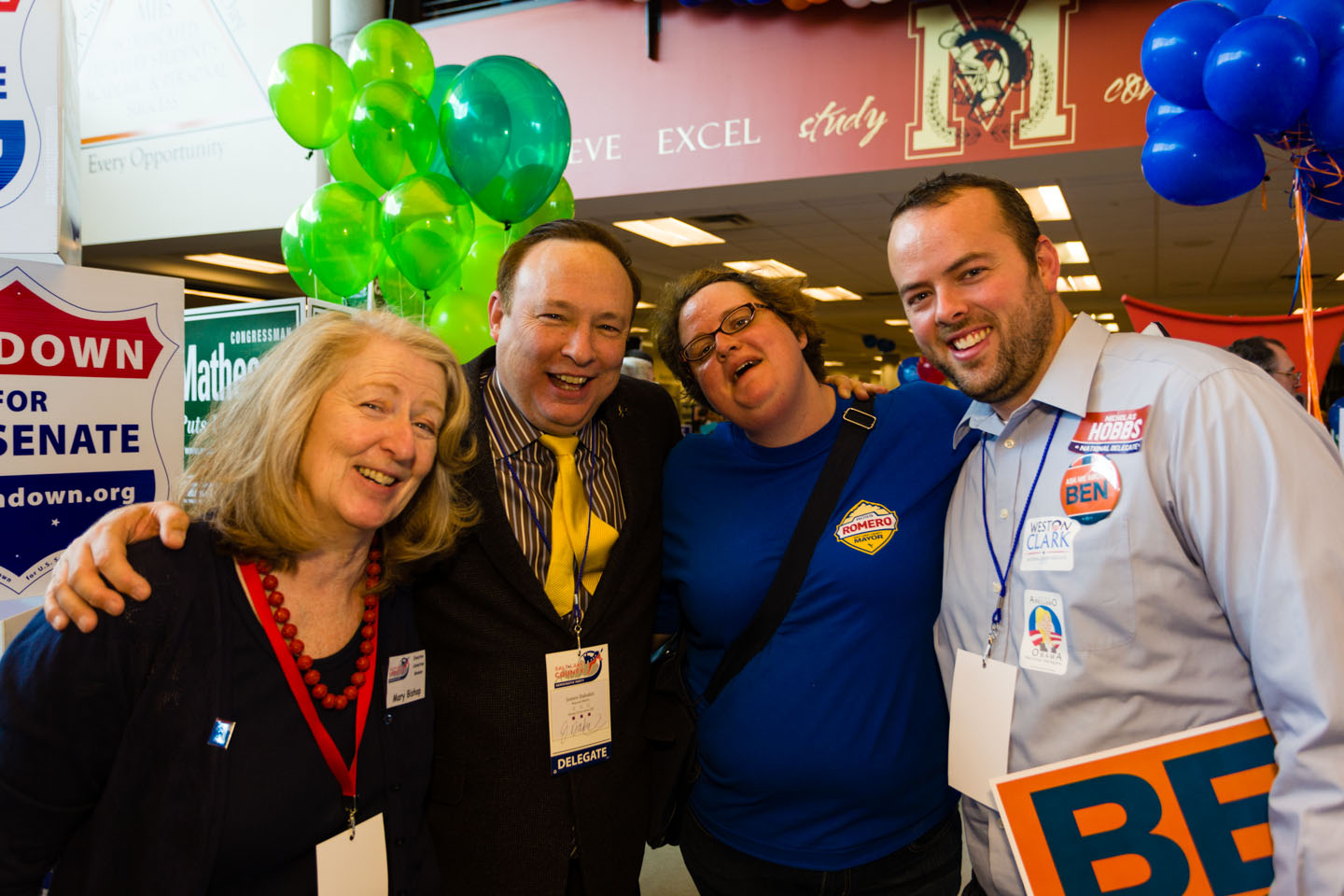 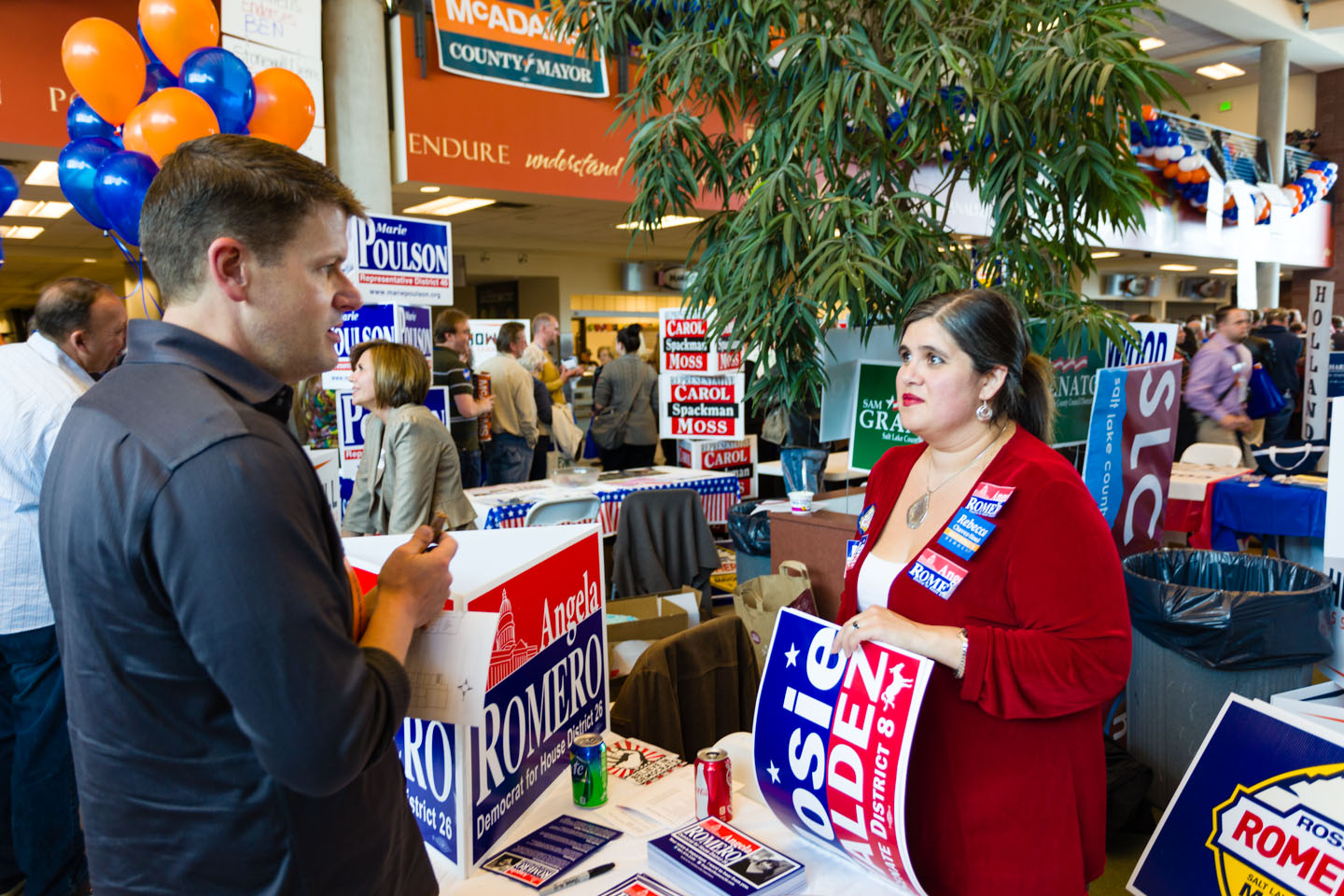 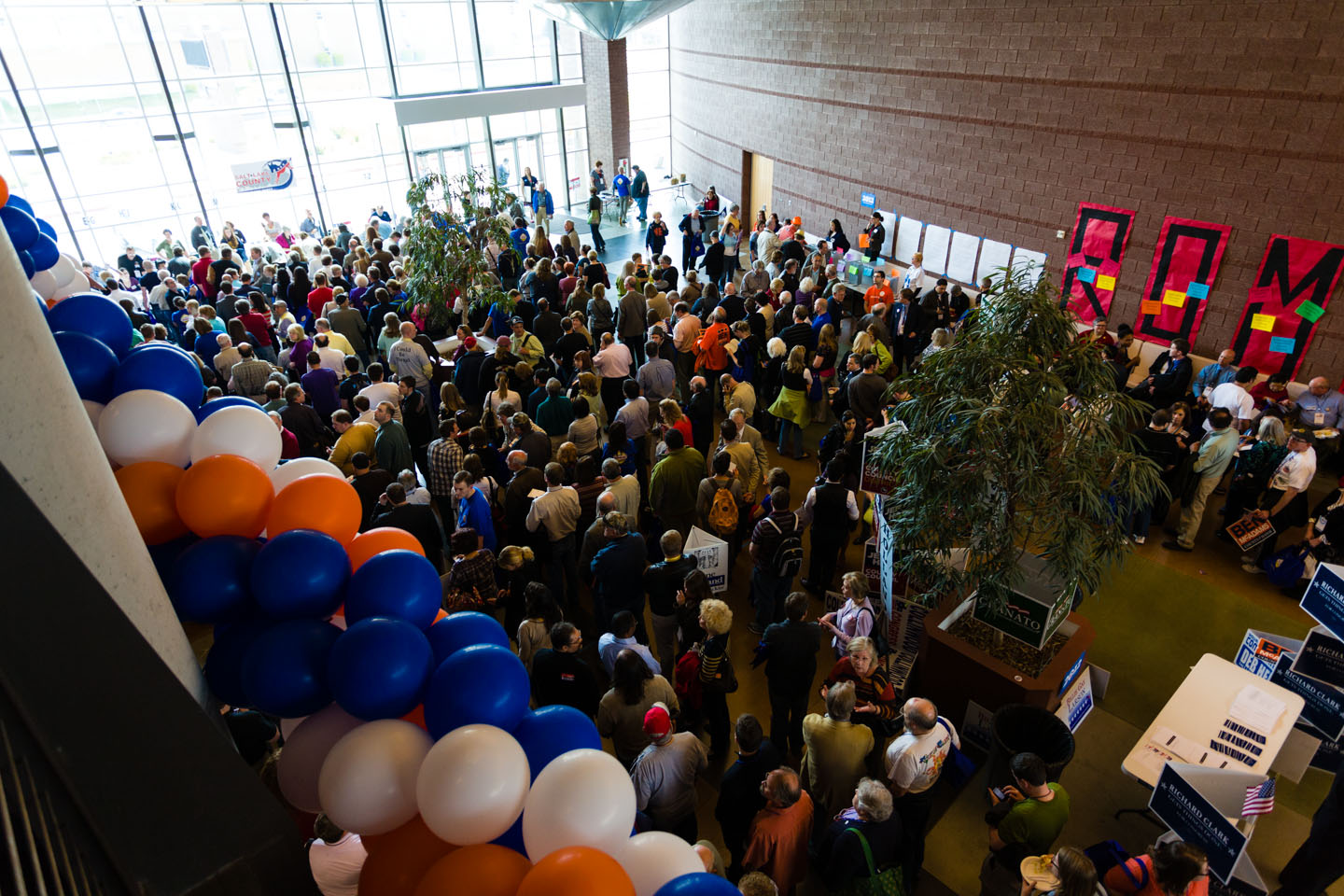 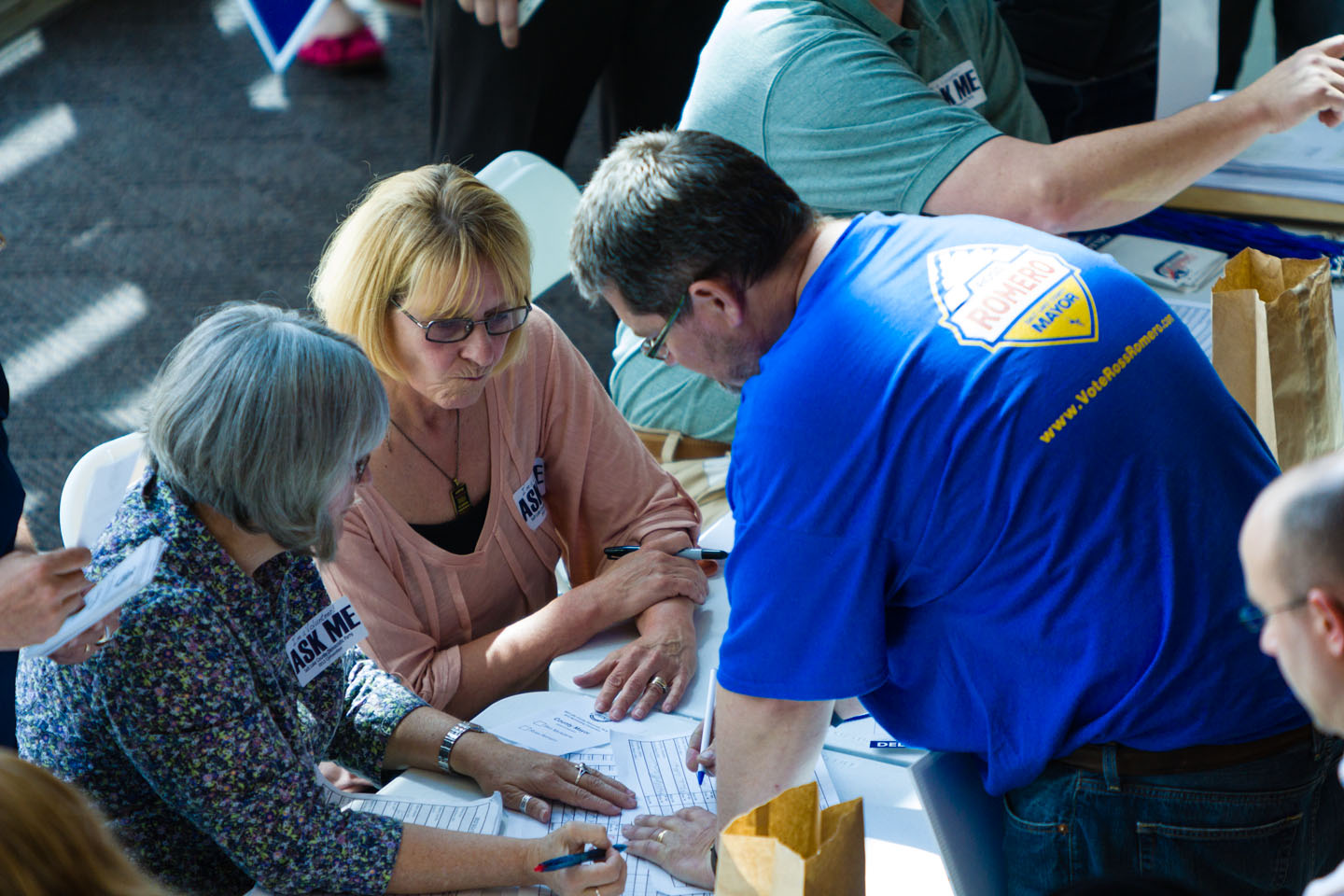 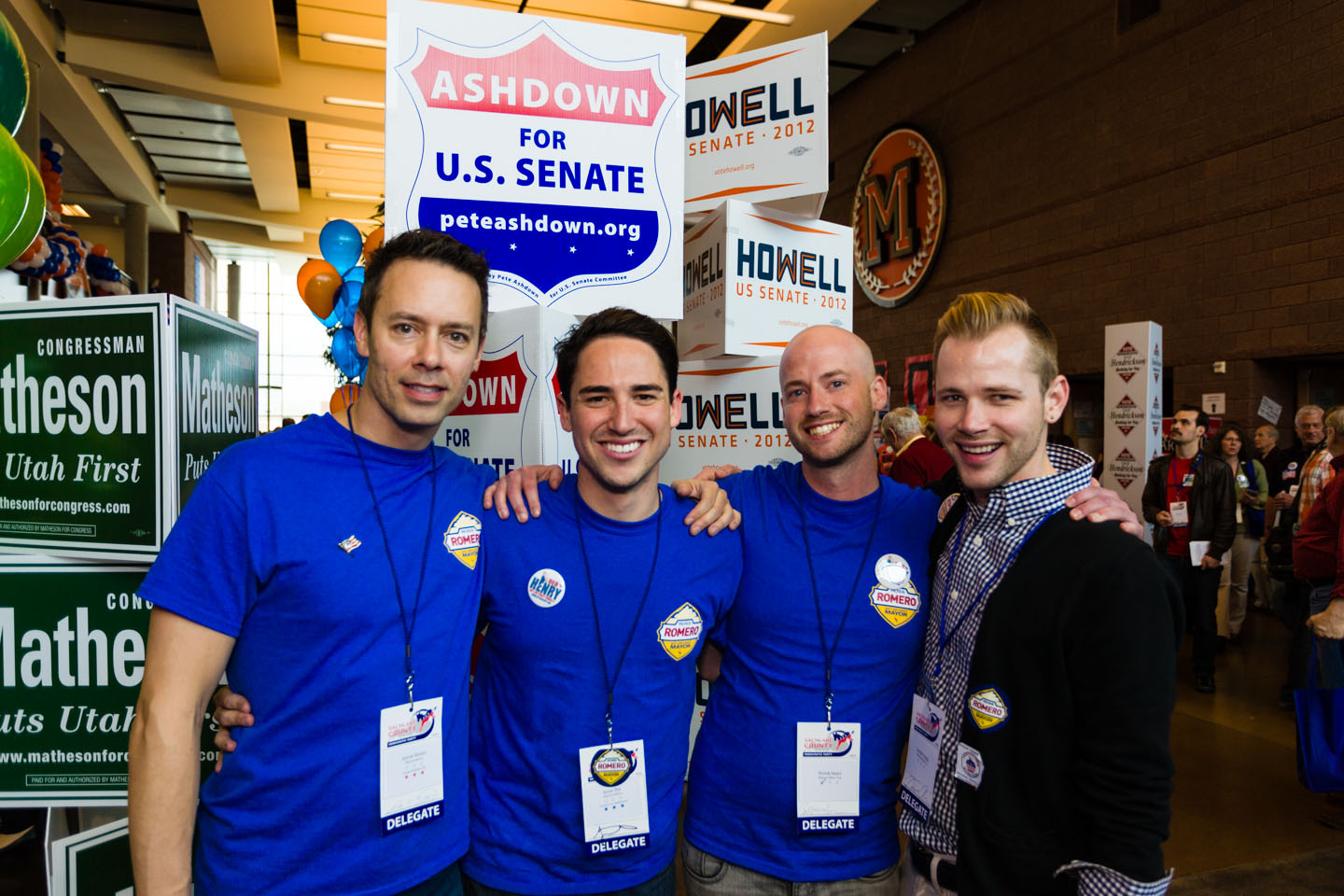 Democrats do exist in Utah apparently

A delegate casts her ballot 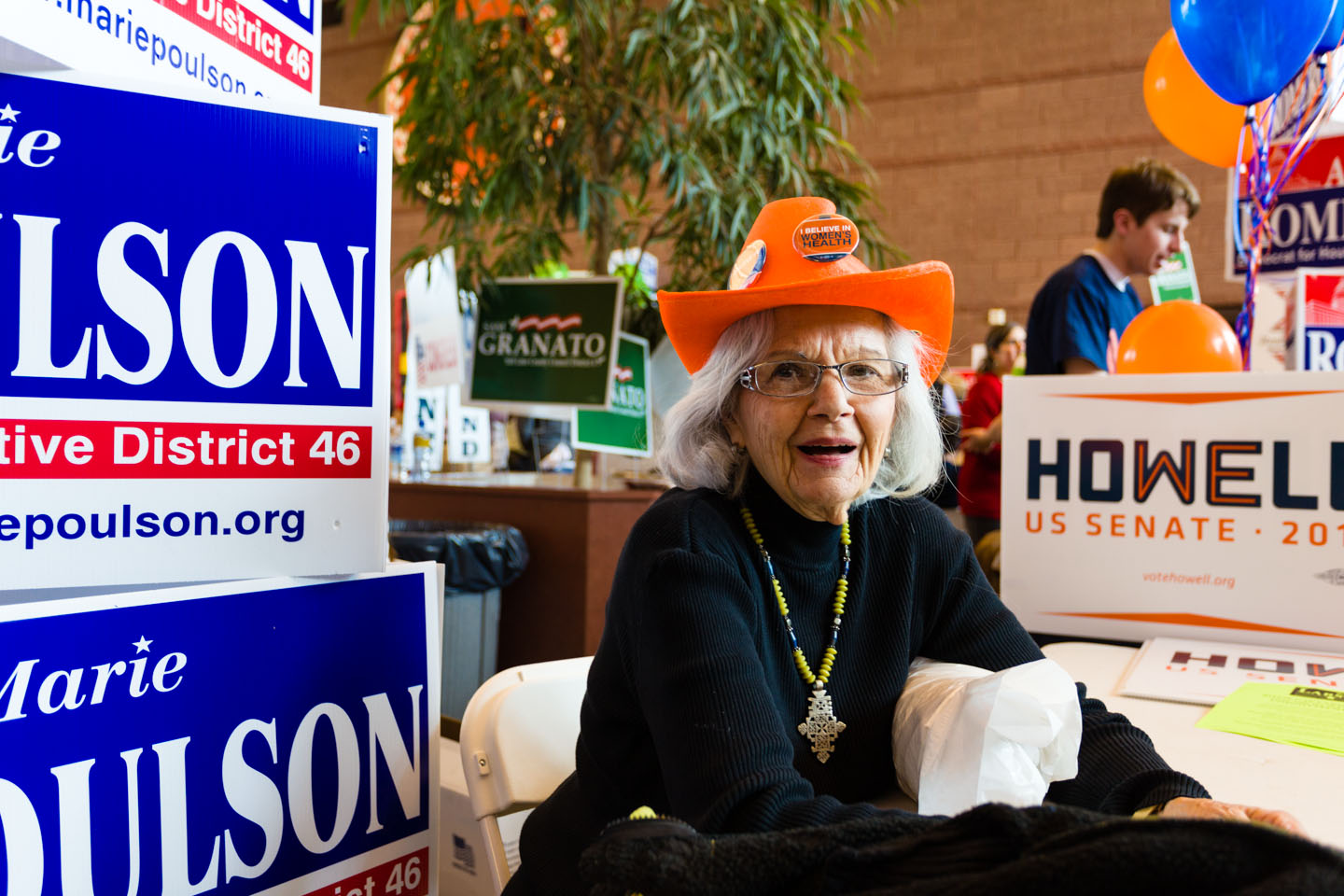 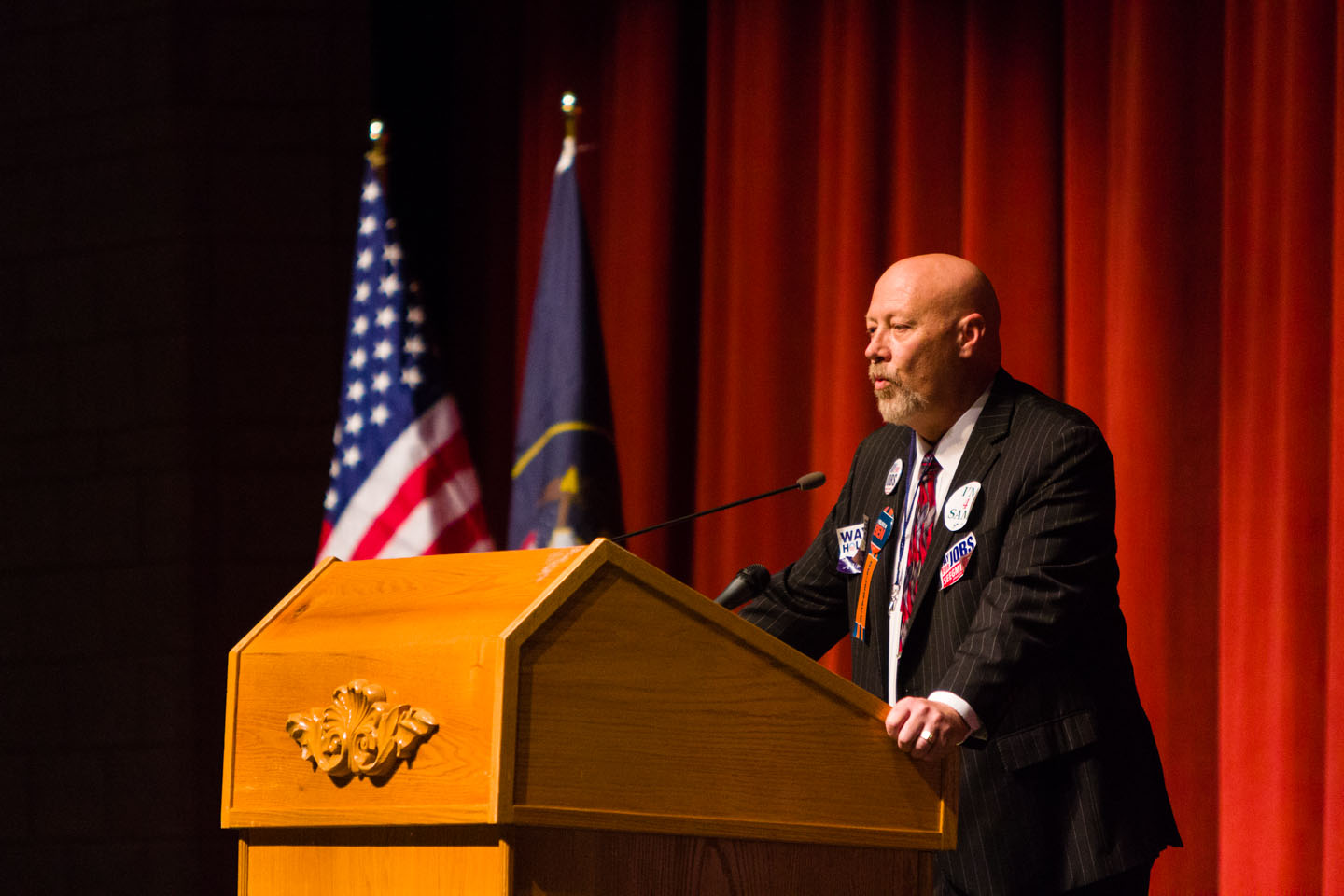 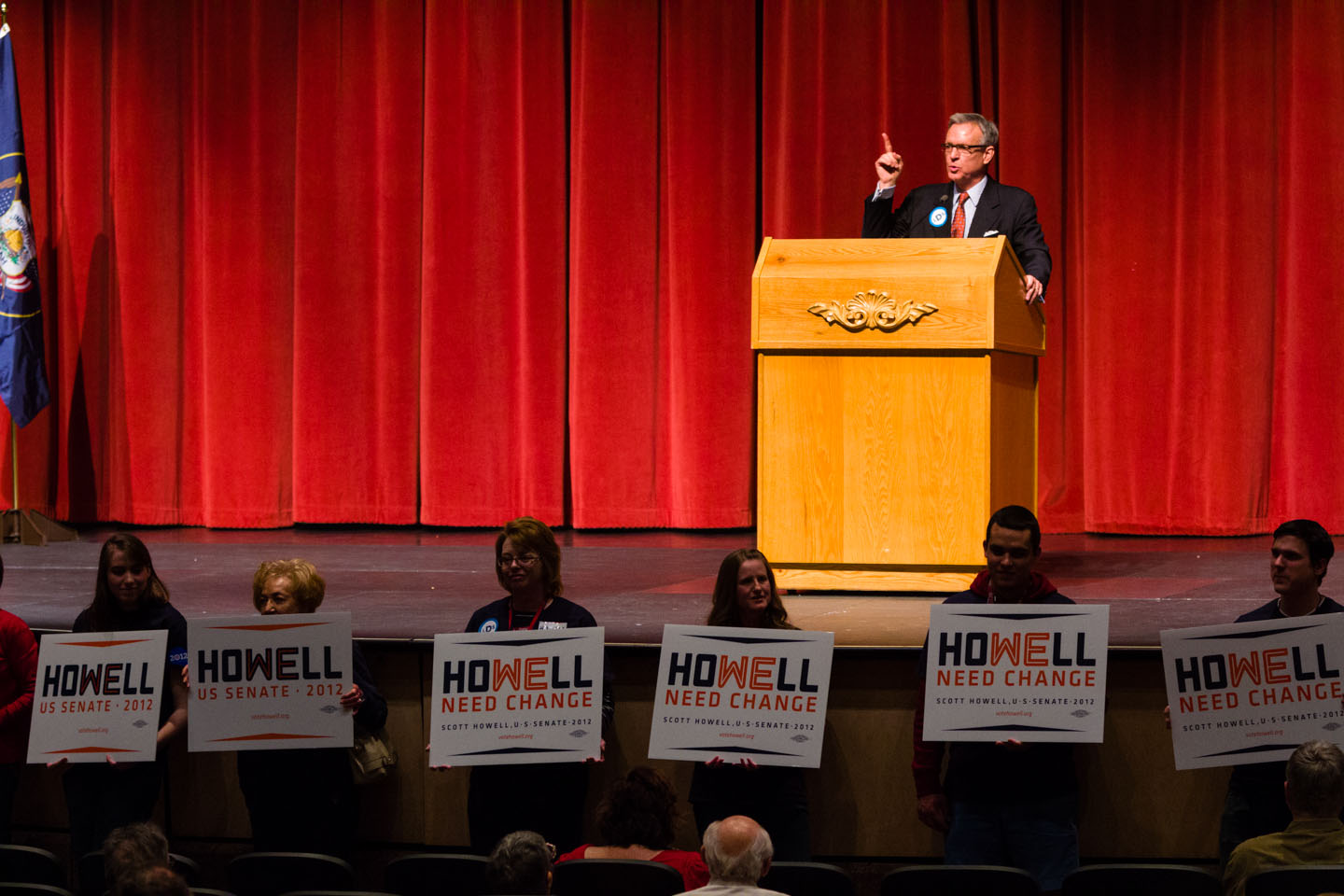 Howell speaks to the convention 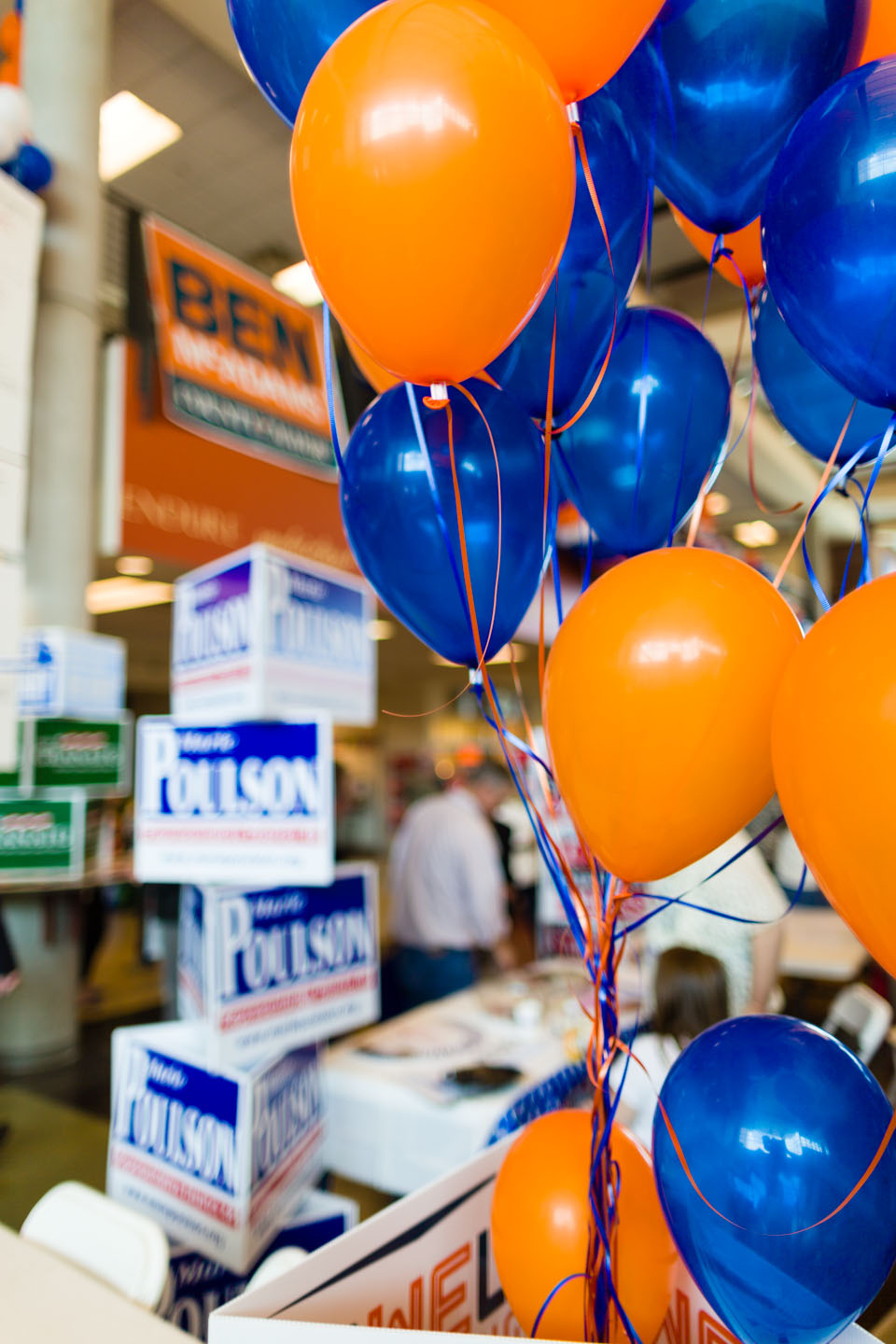 Balloons and signs are everywhere 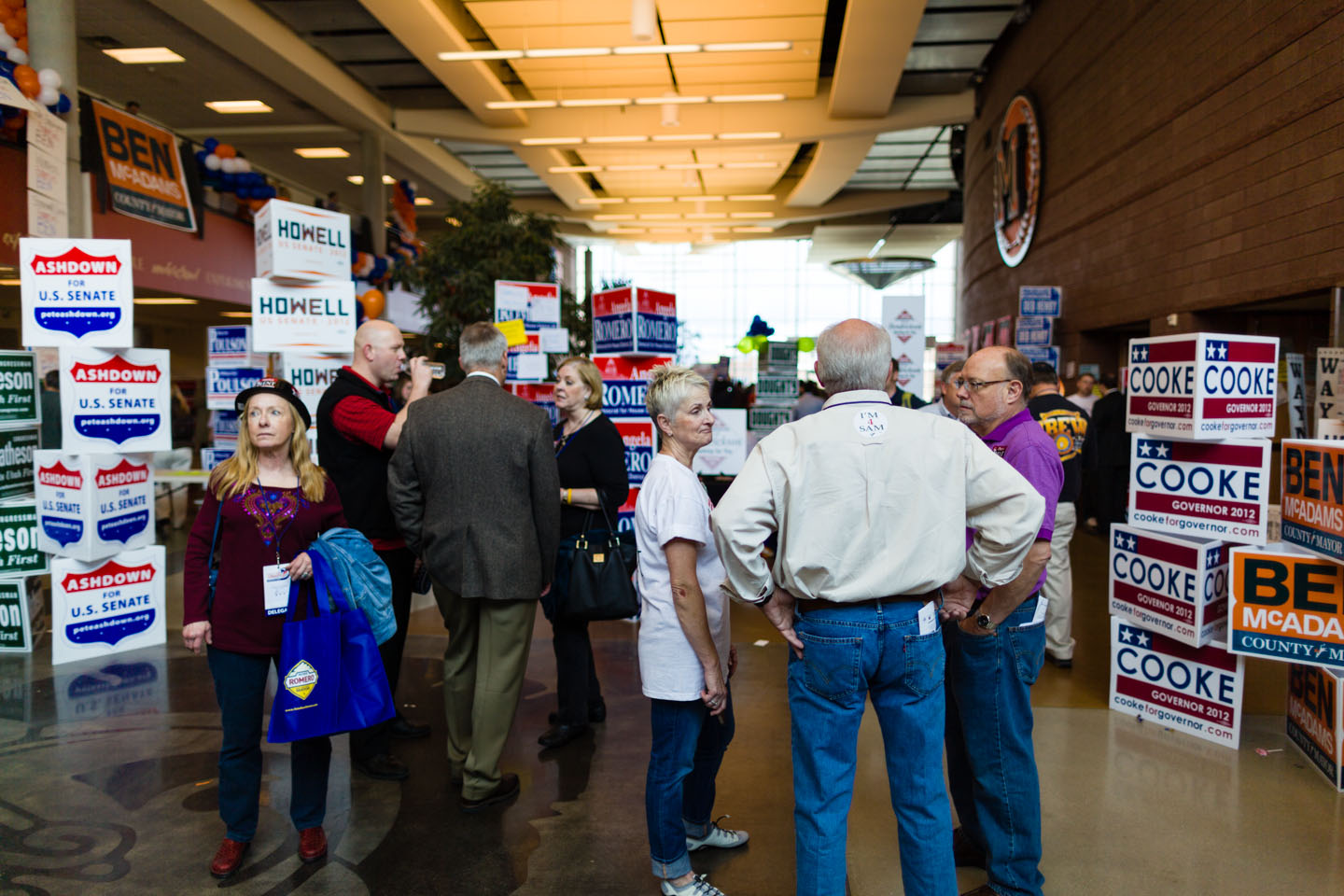 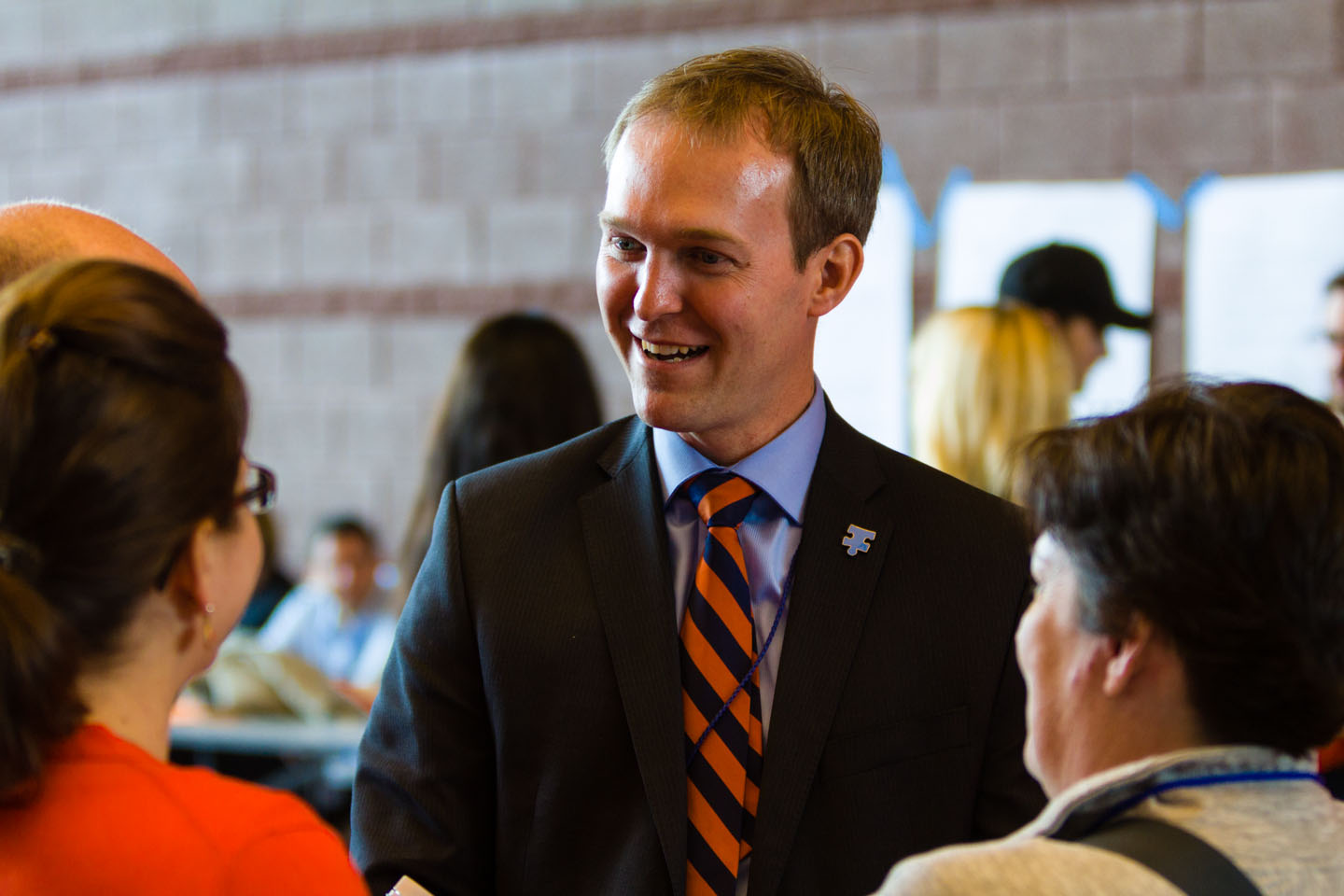 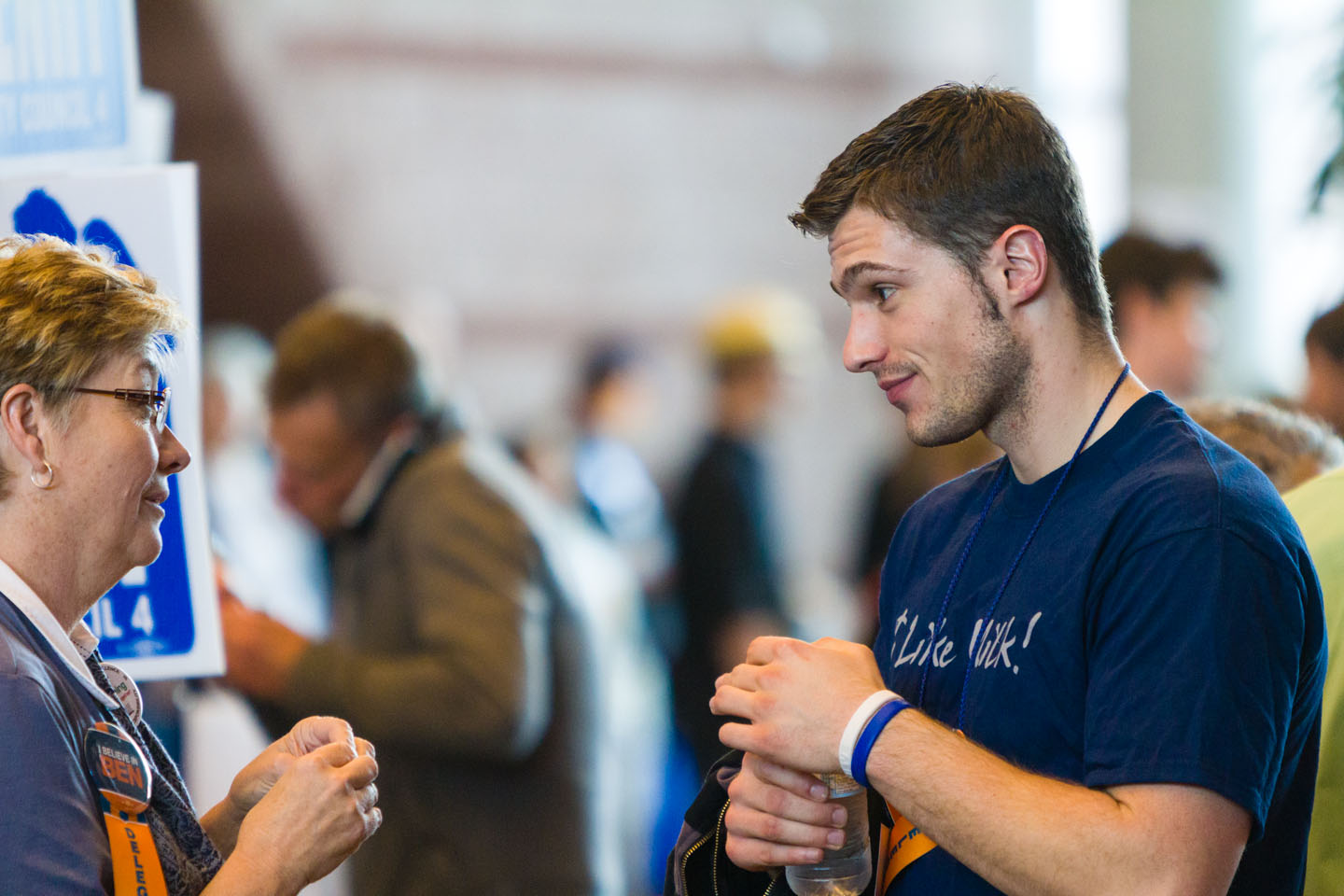 Delegates ready to arm wrestle, or I don’t understand politics 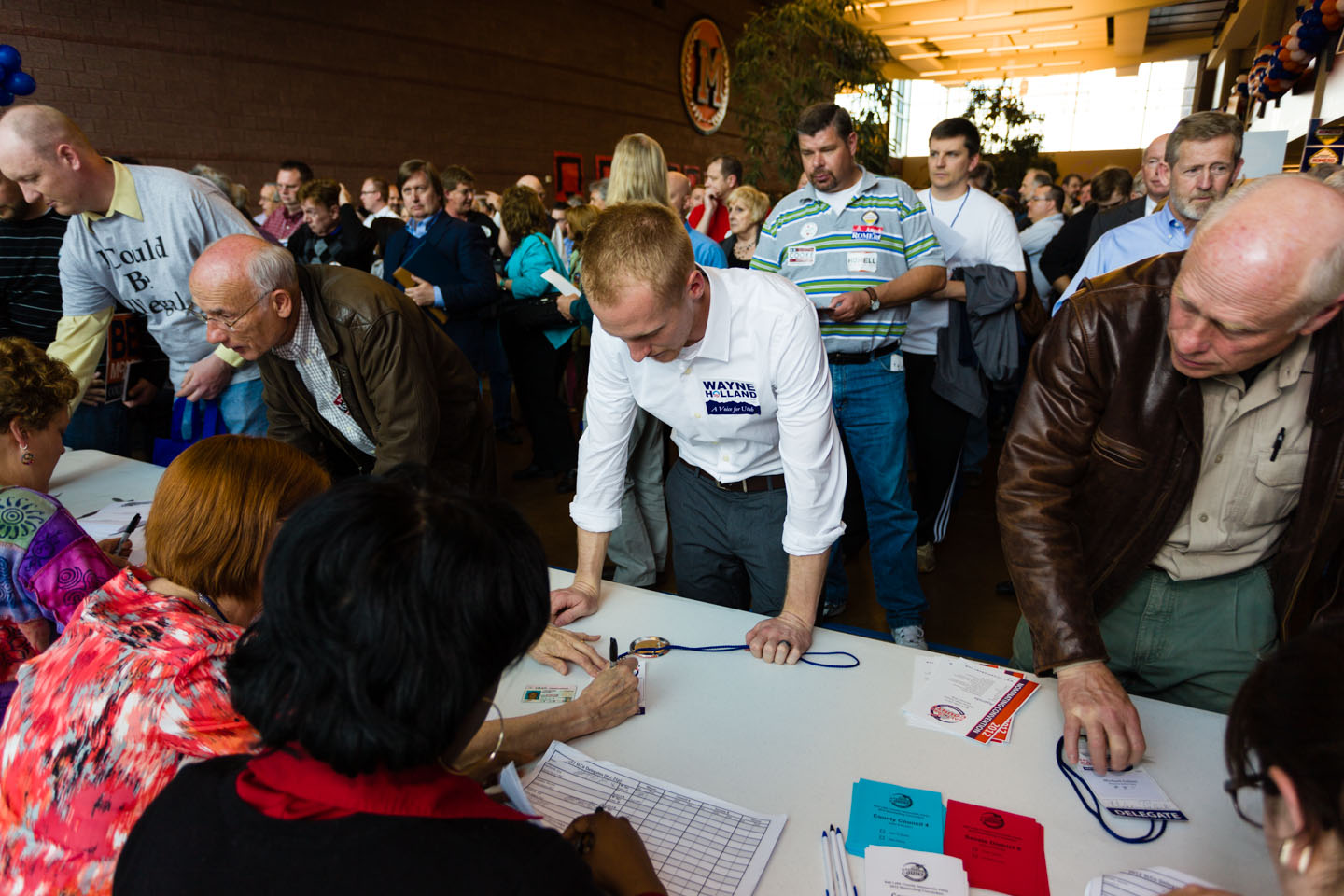