I was hired to photograph a live performance of the stage version of Rudolph the Red Nose Reindeer a few years ago. This would be during a live performance with a live audience, so I had to be quite the ninja. I hate the idea of disturbing an audience member’s enjoyment of a play or live event. 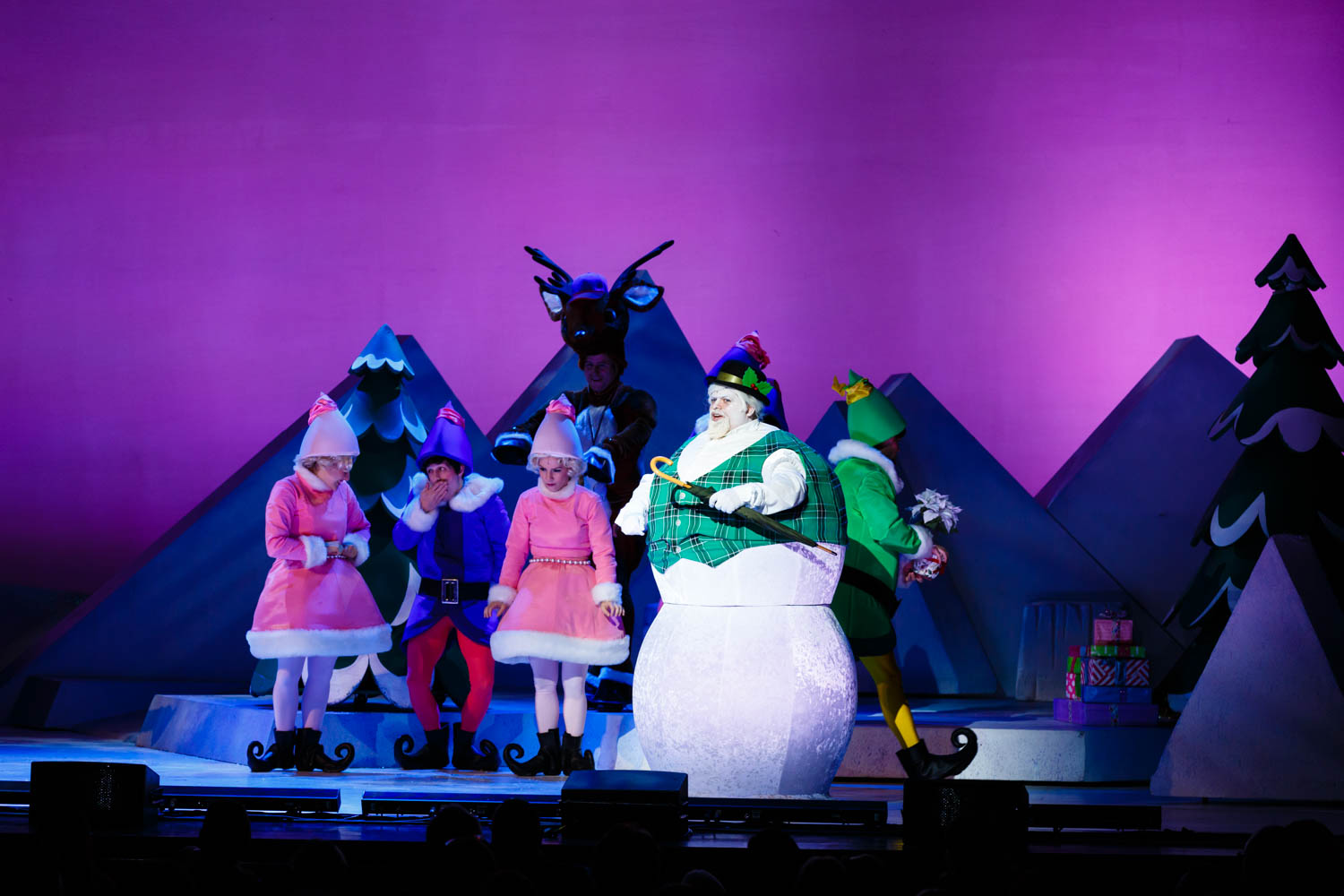 The snowman and elves

So I dressed in all black. I completely turned off my LCD screen on my cameras. I didn’t even want the ability to review the photographs. The light from those screens can be as bad as a person using a phone during a movie. I also used Canon’s “silent shutter” mode which dampens the sound of the click of the shutter. These days, I now have a mirrorless camera, and those can be even more quiet. So I can be even more ninja like. 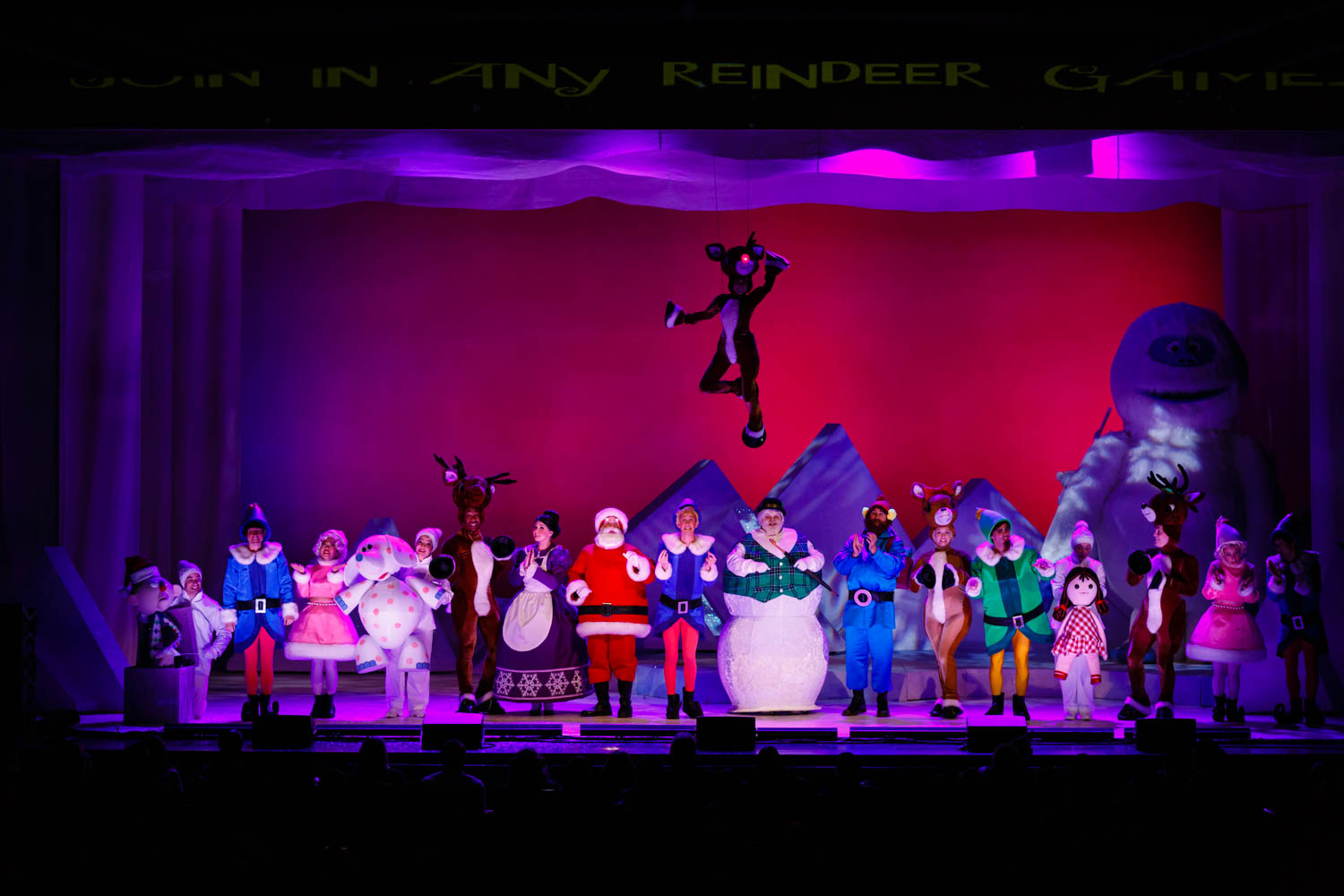 The finale with a flying reindeer

This play is based off of the 1964 tv show of Rudolph the Red Nose Reindeer including music and dialogue. It’s a great way to kick off the holidays, although I am blogging this after the holidays are over. Yesterday was 3 Kings Day, aka, the 12th day of Christmas. So it is time to take down your decorations. 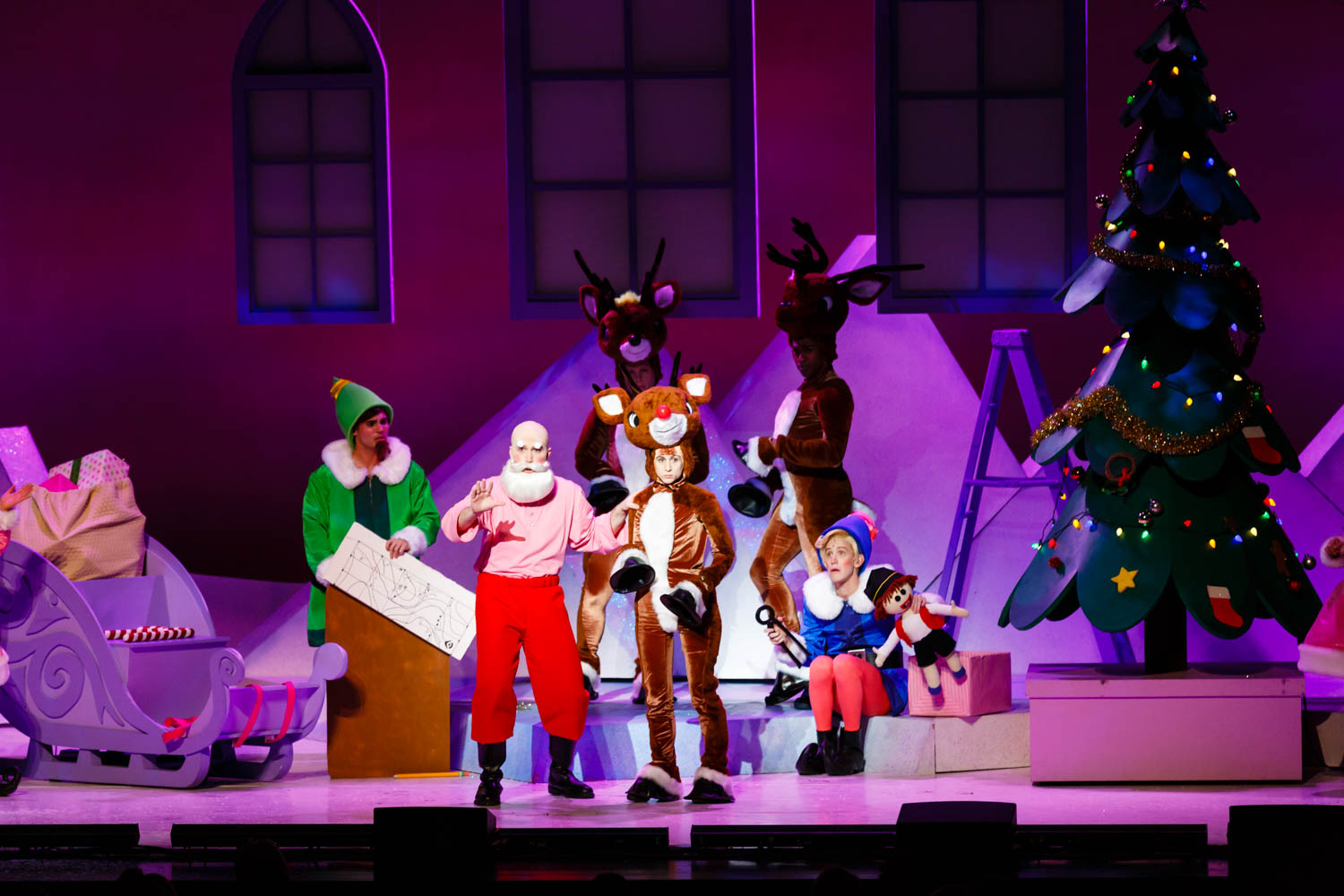 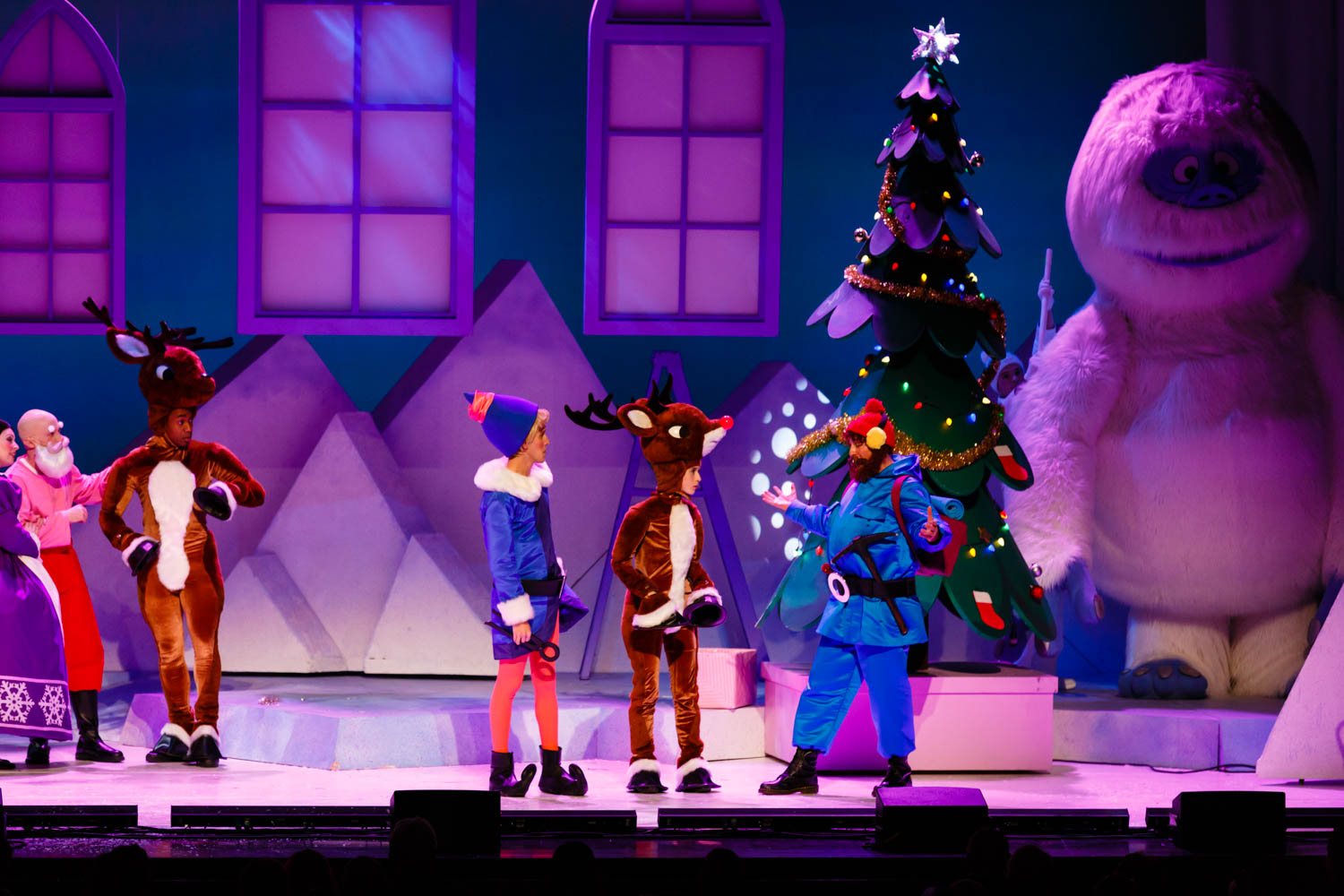 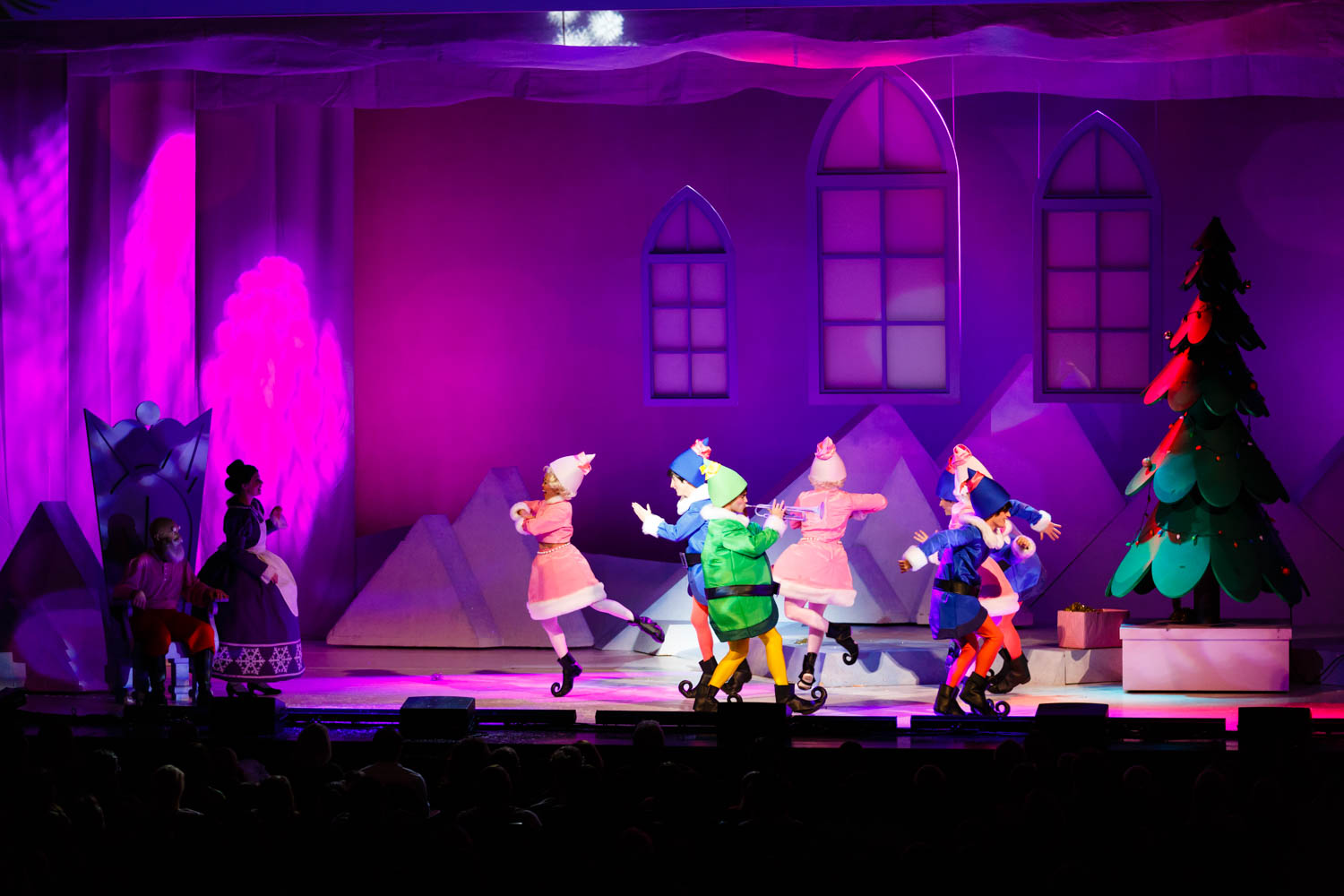 Return to the North Pole 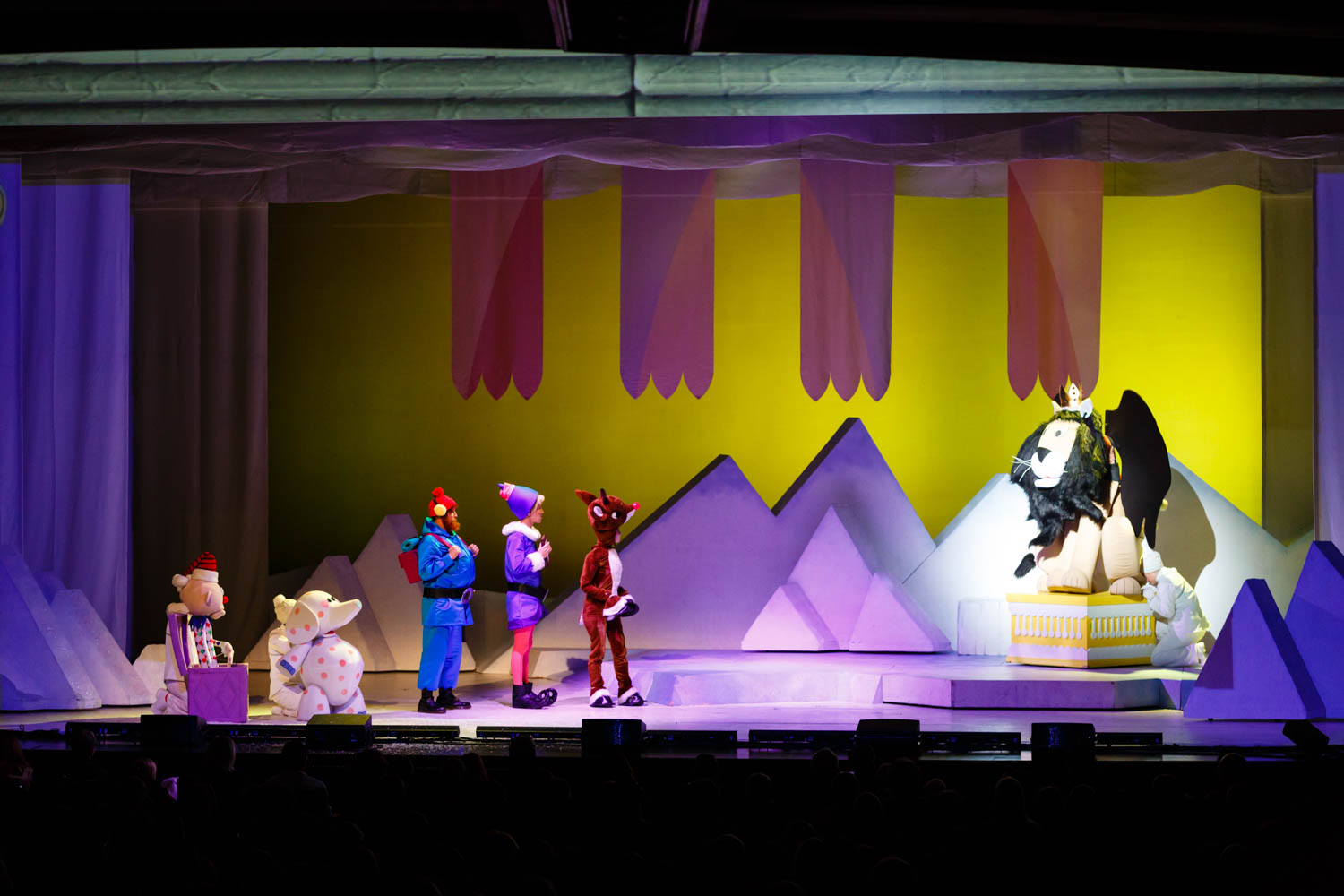 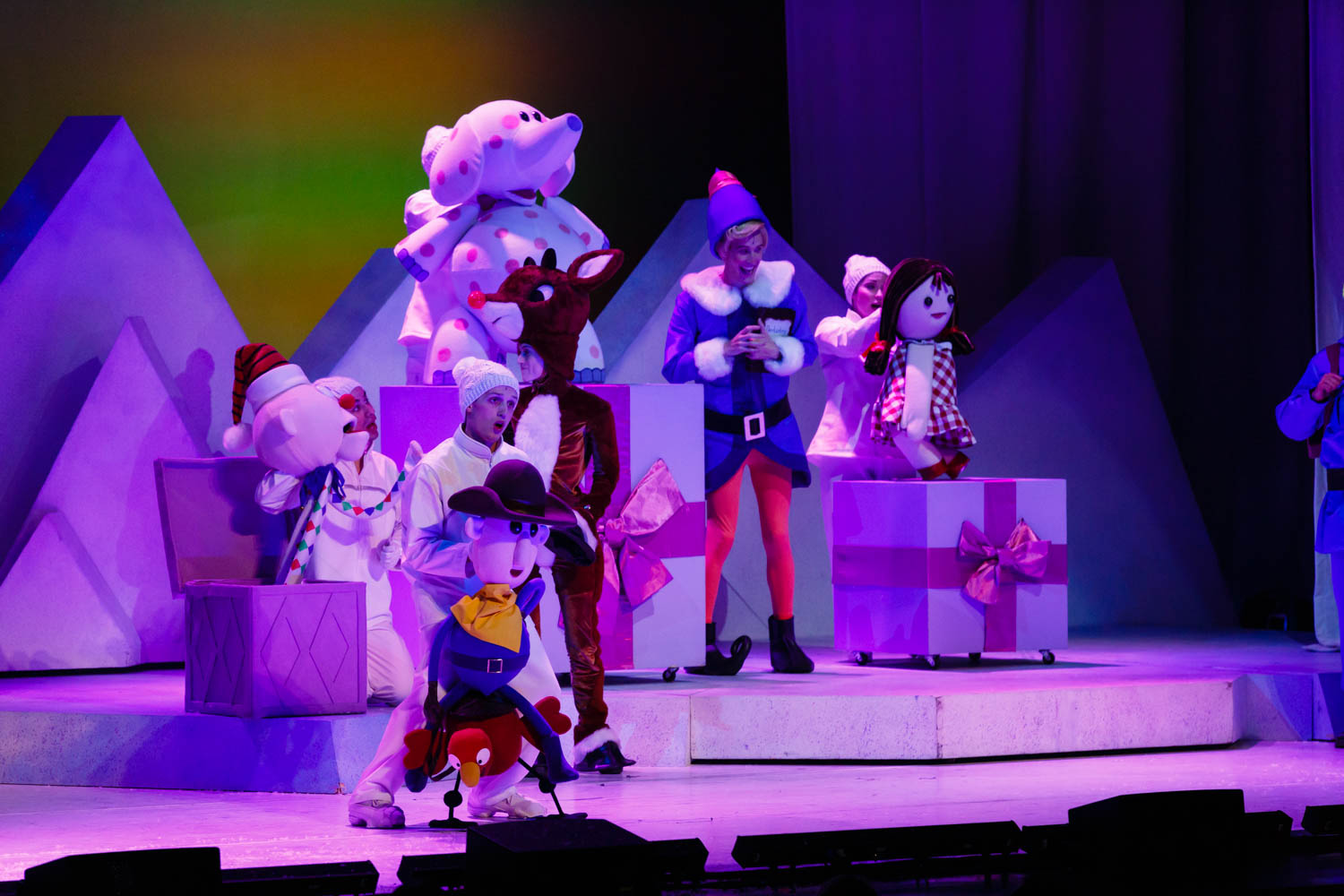 Yukon Cornelius, a dentist, and Rudolph 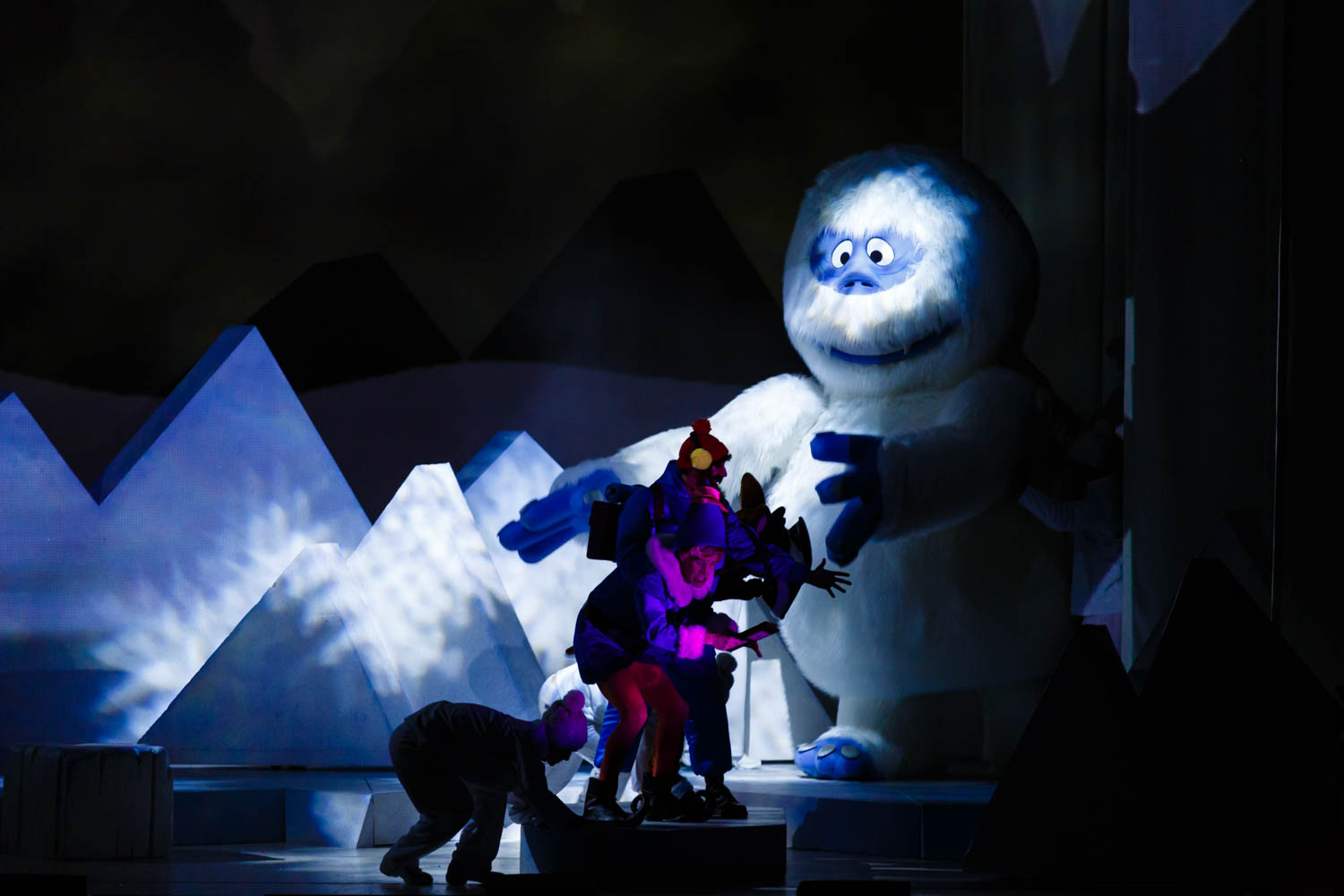 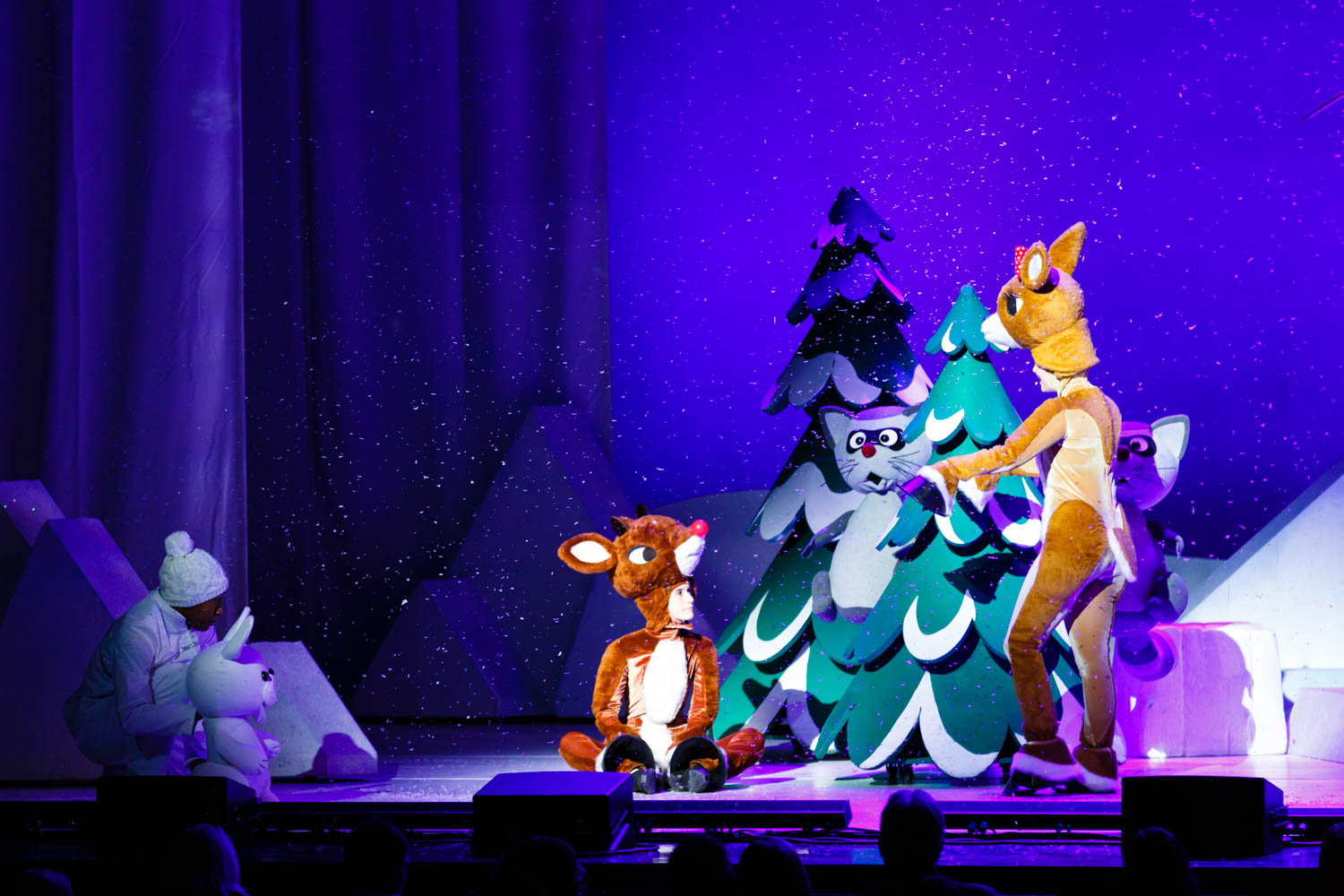 Discovery of the red nose 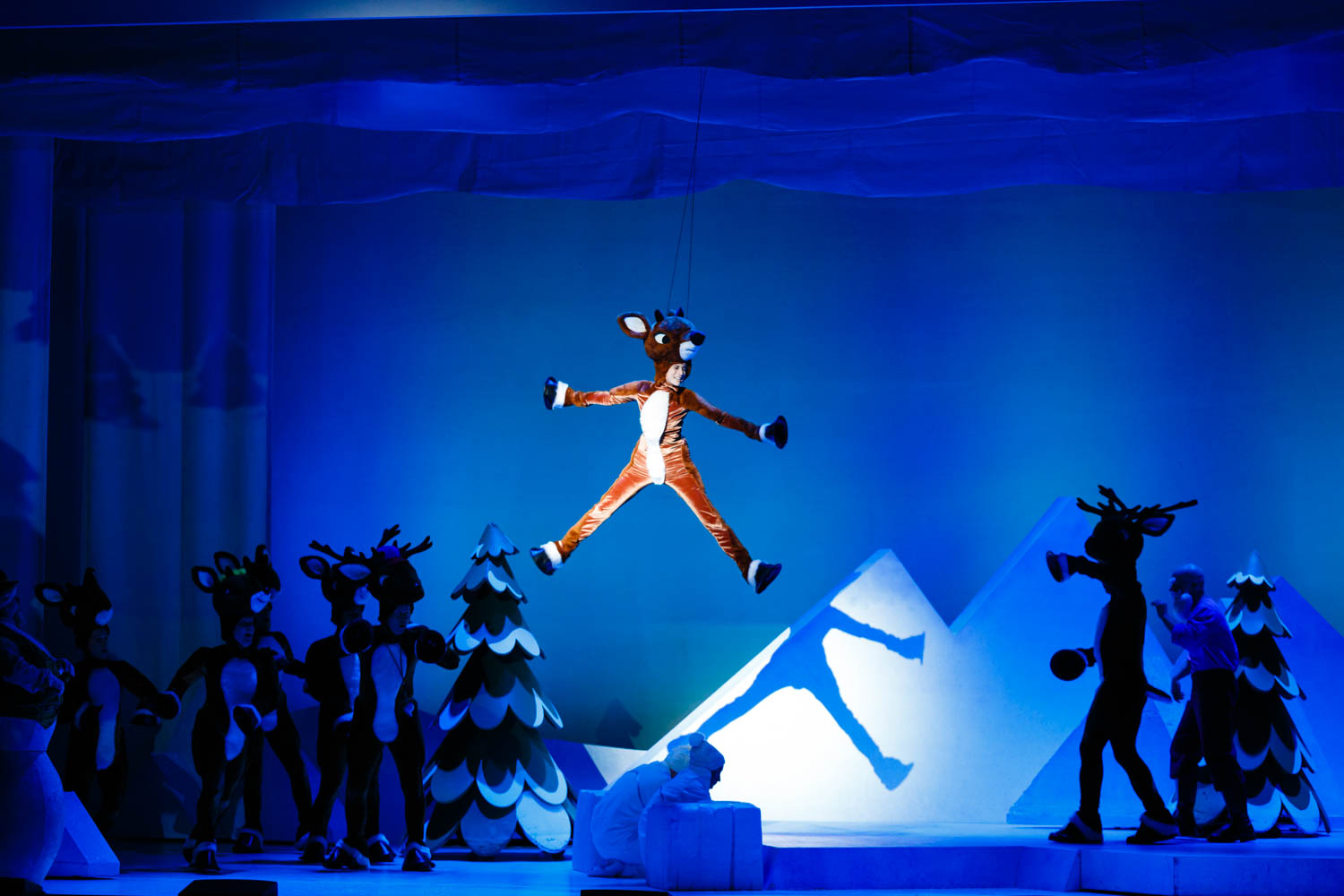 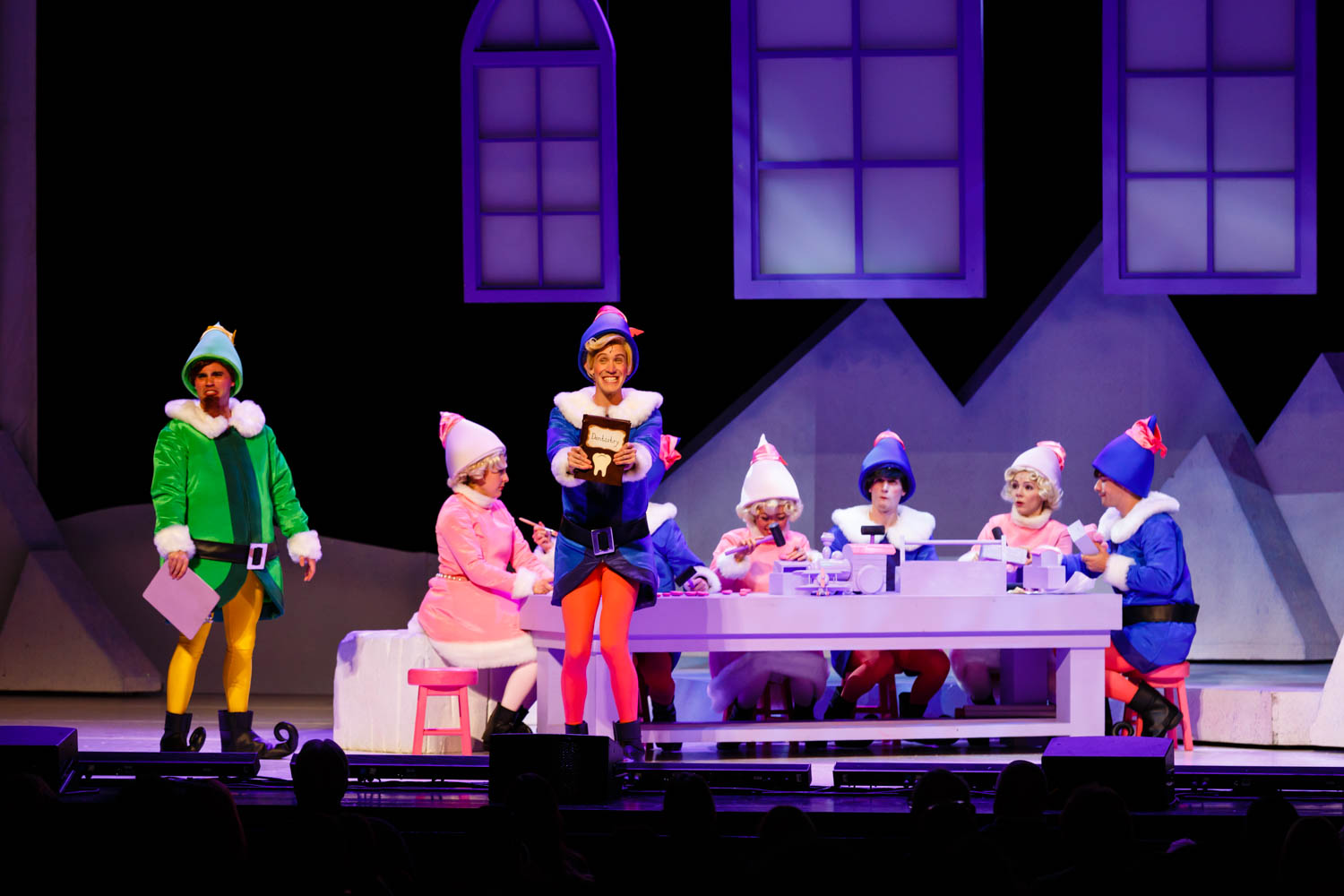 I want to be a dentist 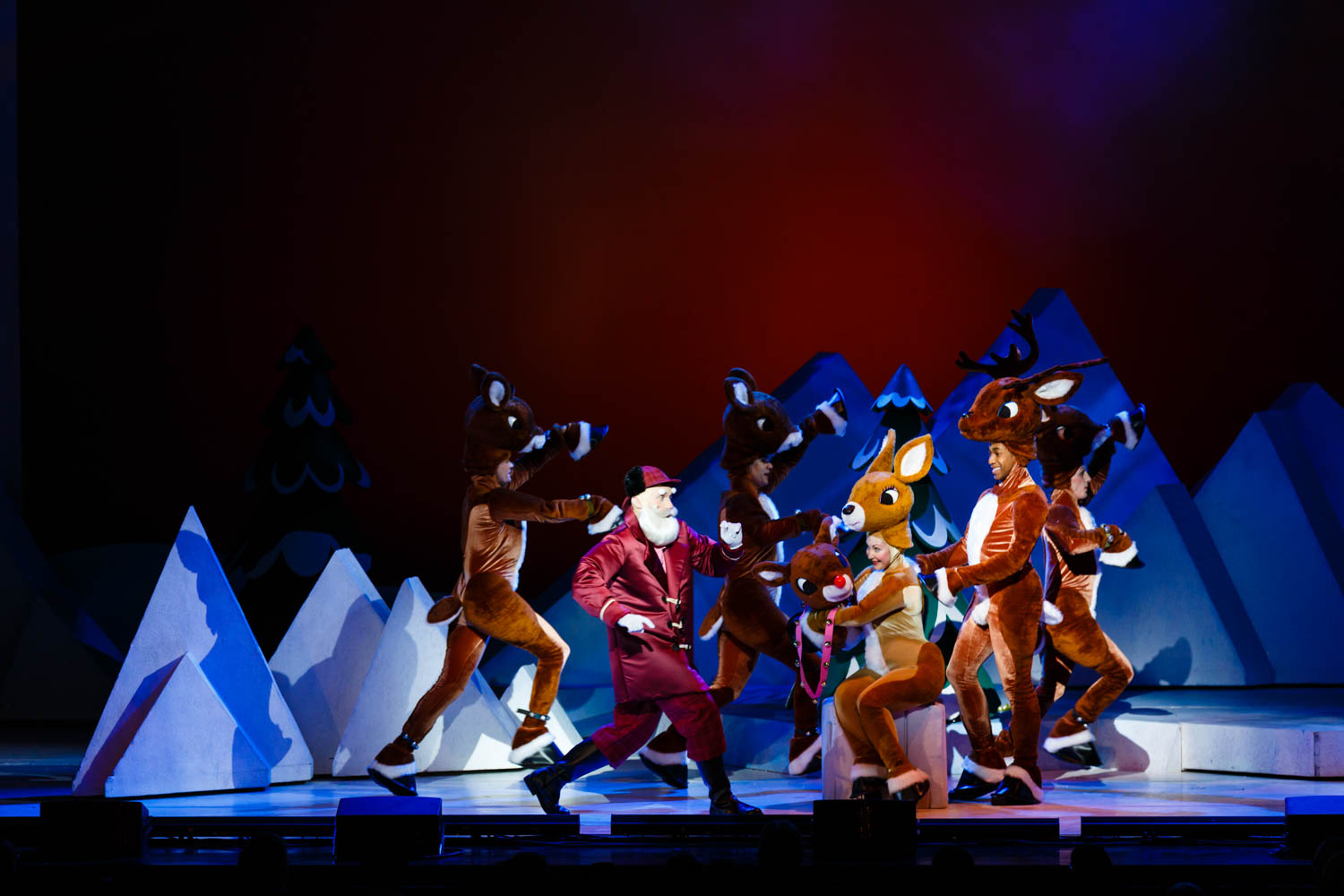