Top Posts
A Surprising Location for a Portrait
Leasey Family Portraits in Studio
A Before & After from Photoshop Retouching
An Orem Wedding in the Time of COVID-19
Maya’s Fashion Portraits on the Bonneville Salt Flats
Dave & Doug’s Family Photo Shoot in Big...
Children Photo Shoot in Big Springs Park in...
Autumn Portrait Season is Around the Corner
Time is Running Out to See the NEOWISE...
Senior Portraits with Maren on Provo’s Center Street
Home Personal Projects300 Photoshop Composites Recreating a World War 2 Scene with Photographs from a Parade
300 Photoshop CompositesEvents

I am really proud of this photograph. Over the long weekend I photographed the July 4th Parade in Provo, Utah. The Freedom Festival Parade is pretty popular with several hundred entries, including this tank and soldiers. I toured the staging area and these folk were just waiting for the parade to begin. Since the parking lot wasn’t that interesting I thought it would be fun to use Photoshop and composite them in to a different location. The final photograph looks like it could be a scene from World War 2. This image took a few hours to complete. 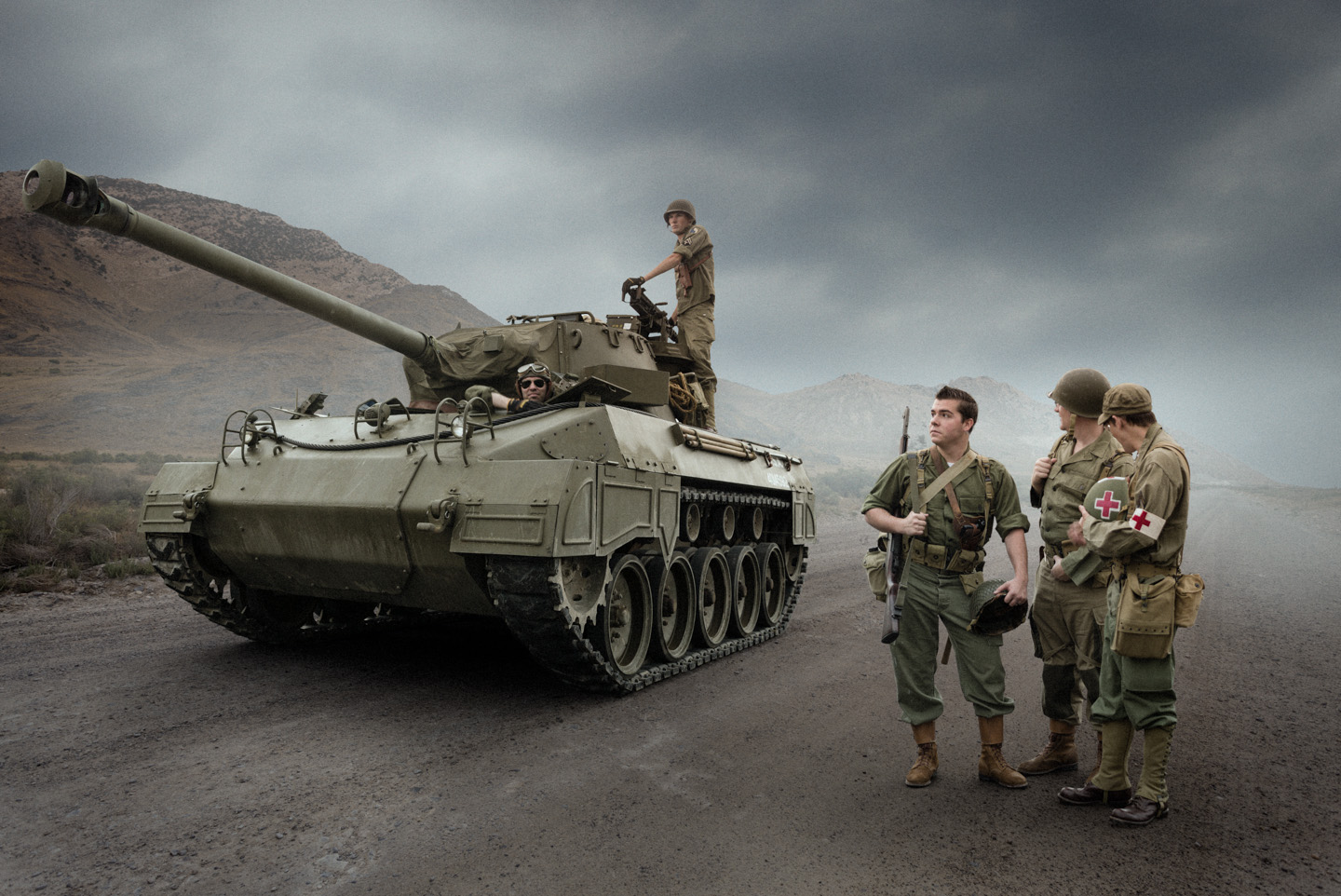 I have a ton of other photographs from the parade that might make for great Photoshop material. Woo hoo! It is fun to get out there and just photograph, even when I don’t know what the end goal will look like.

To create this image we have 4 different photographs. The tank, the soldiers, the ground with hills, and finally the cloudy sky. Masking out the tank and the people took the most effort. Doing it right can take a little longer, but it is worth the investment of time.

The rest of the creative process was creating the “look” for the image. A little desaturated, a little cool and overcast. I even painted in some fog in the background to create depth and also create a world that hopefully is a bit more believable.

Now, I will need to think of another composite. Creativity is fun!