For the last few years Club JAM has hosted a karaoke contest and the winners get to perform and compete on the north stage of Utah Pride. There are prizes for the winners and it has become quite popular. I was there to photograph the karaoke and the decorations of the building. They had wrapped everything in rainbow. I did some light painting of Jam’s name as well. If I photograph the same thing again and again I need to try new things or I get bored and my photography goes stale. No one wants stale photography.

One way to try and win is to wear a costume and if your costume involves taking your shirt off even better. I am sure that is quite popular for the judges and the audience. 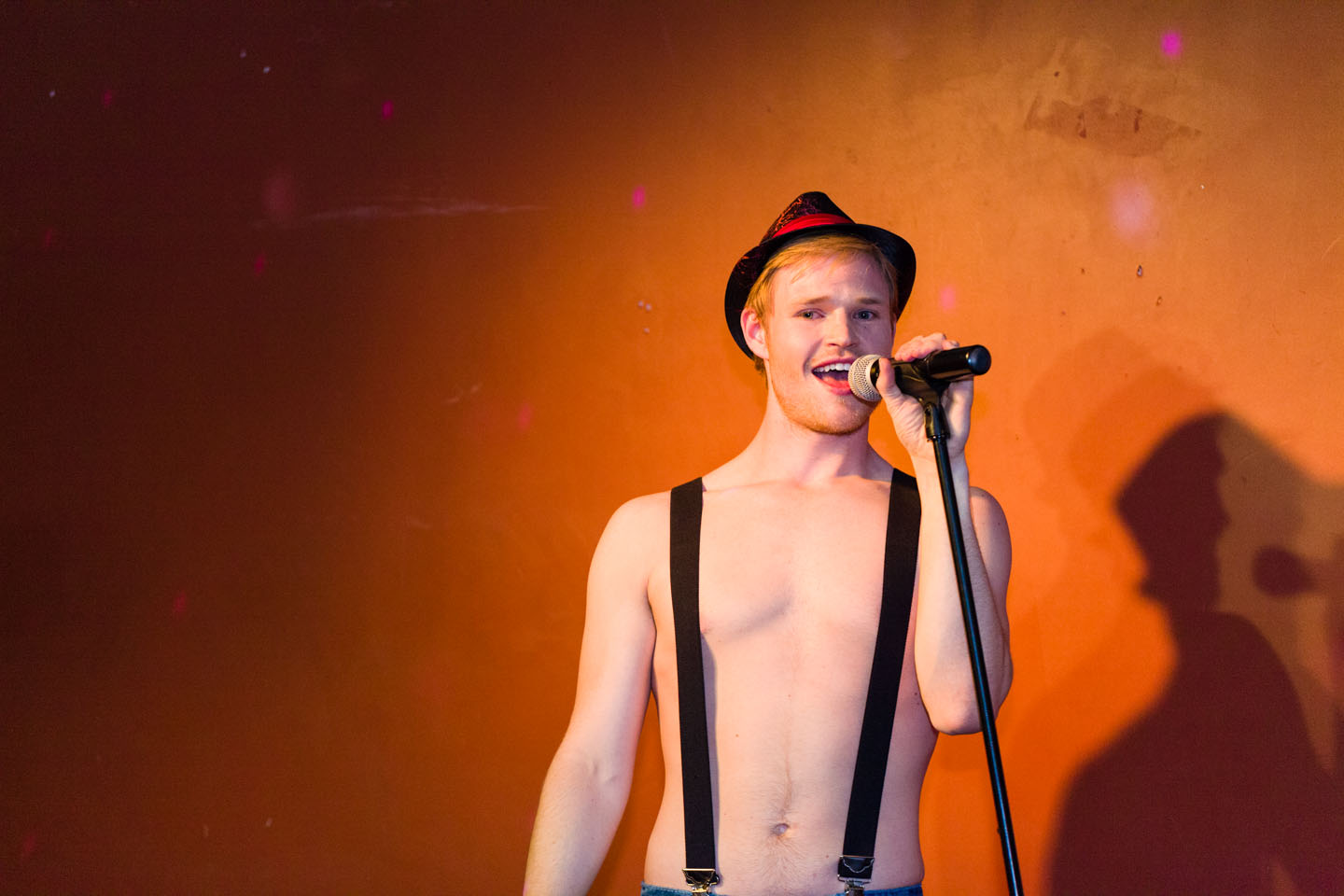 Singing shirtless probably helps at a Gay club like JAM

The judges worked similar to American Idol. The provided some feedback and then ranked their favorites. 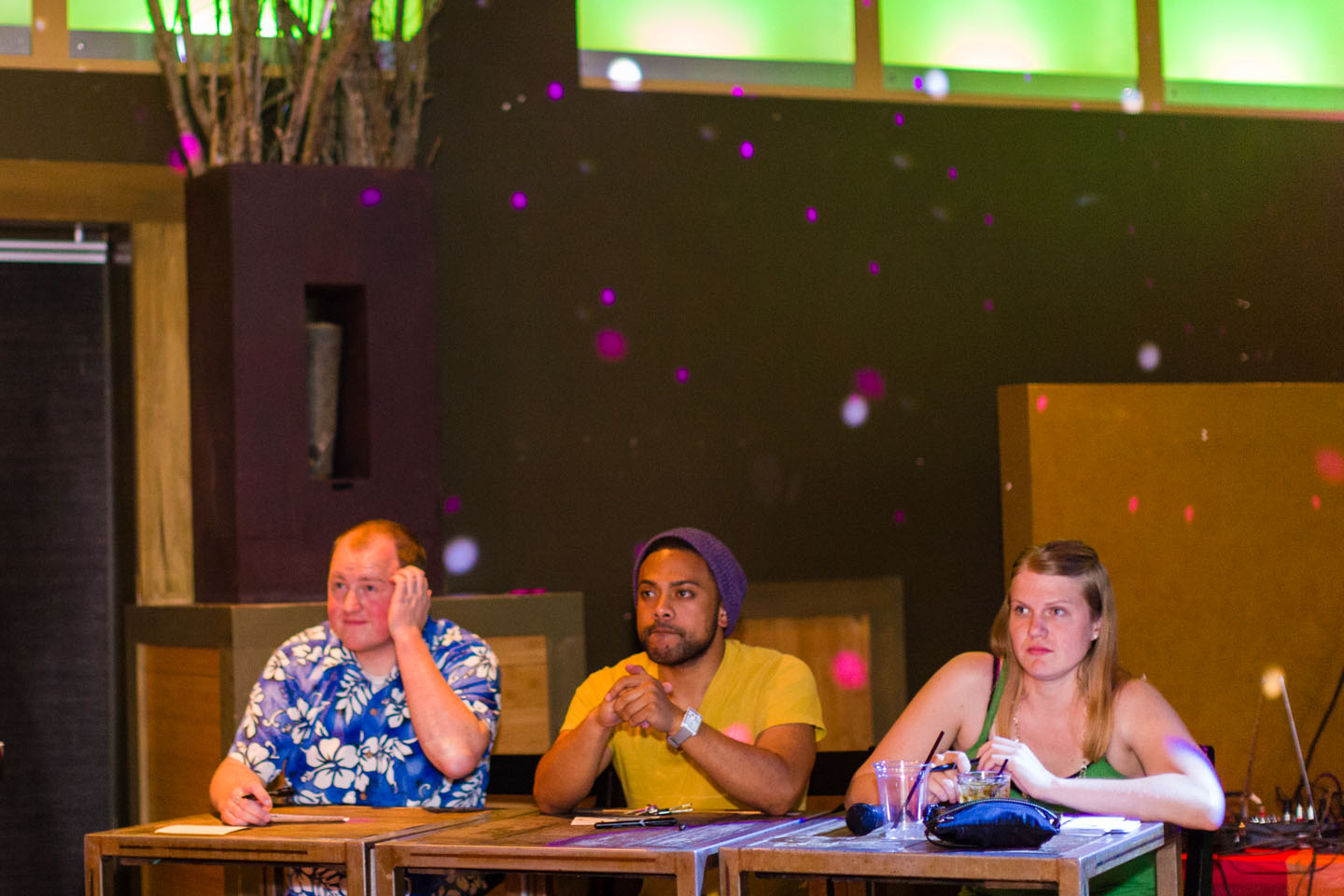 Judges listen to the Karaoke contestants sing for their life

I need to practice my light painting. In this case I had to write the letters backwards, I couldn’t flip the photo backwards. It takes some practice. Typically, you can just flip the photo after writing how you read it. I probably don’t make sense, but it does when you try it. 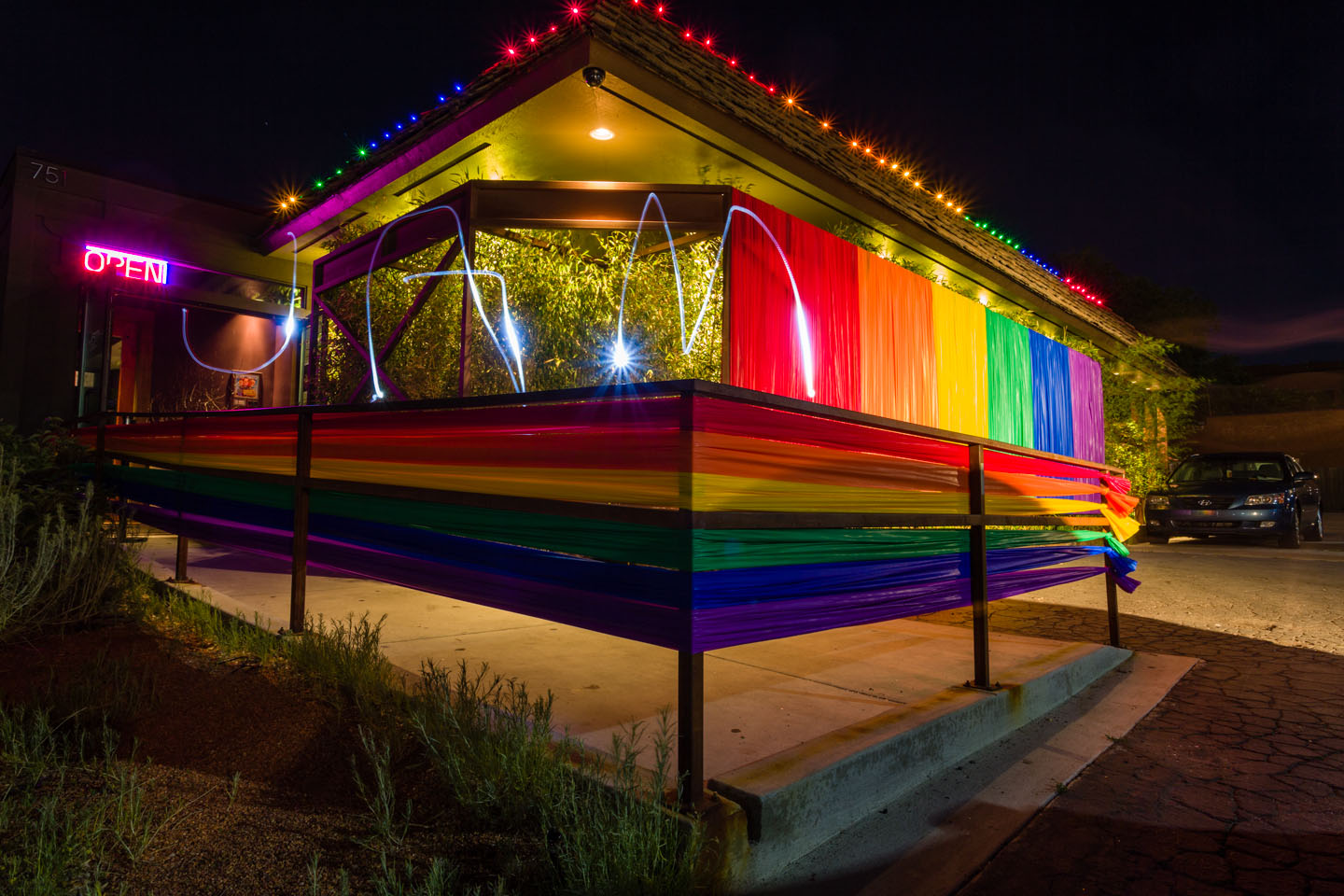 I did some light painting in front of JAM 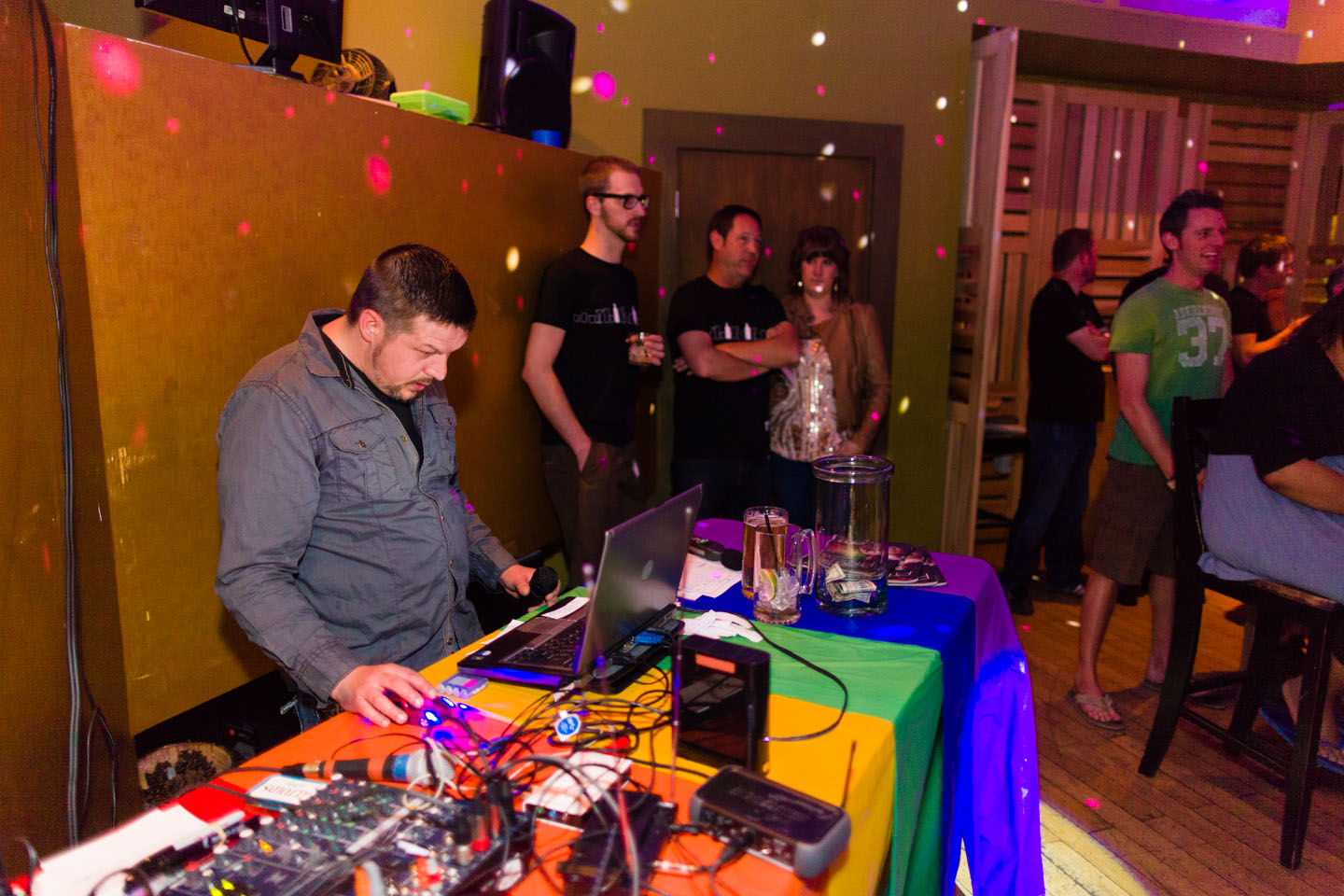 The Karaoke Host Organizes the Lineup 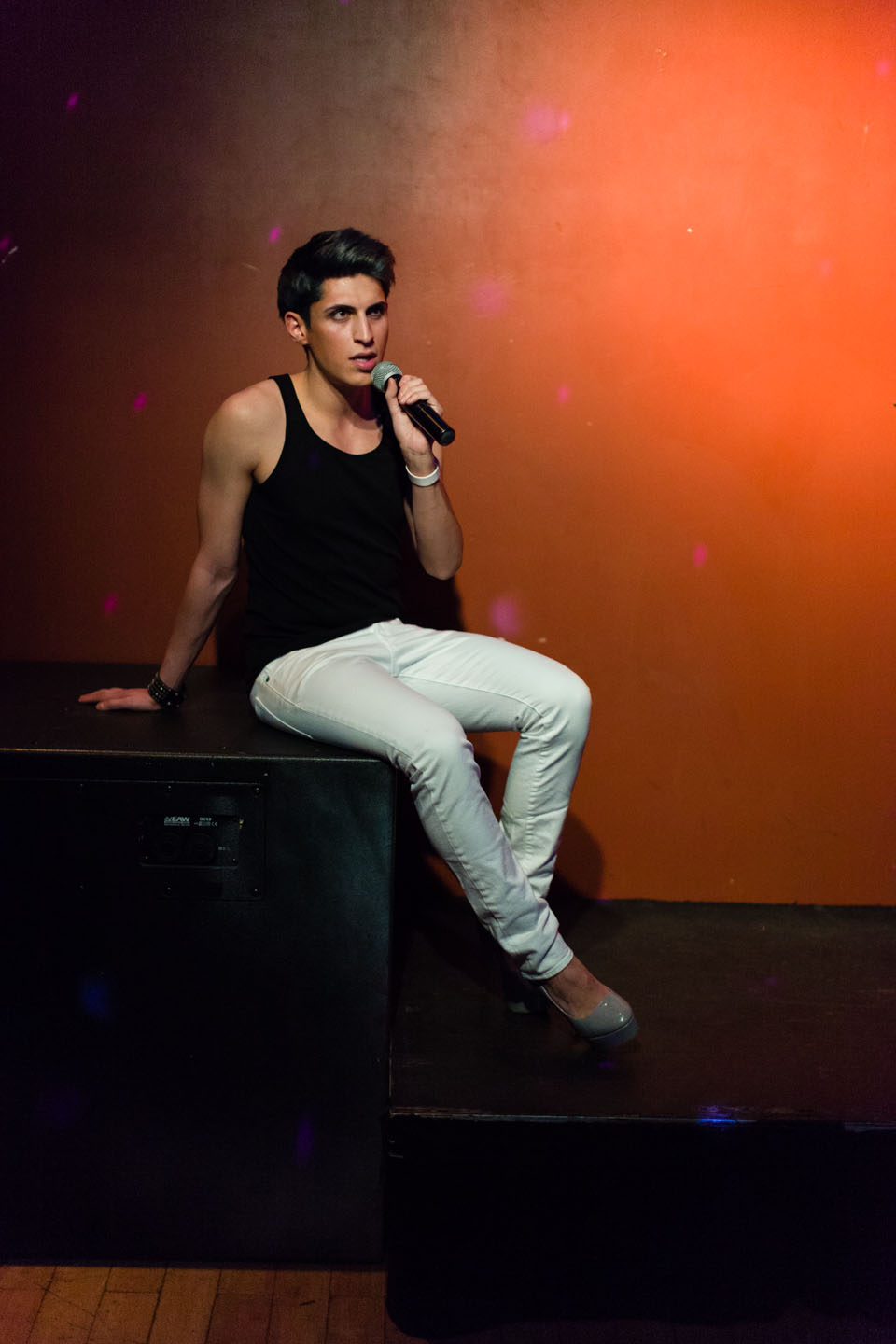 This better be a ballad

And last photo for the post, these are the owner/managers of JAM. They have been successfully named as the top gay club in Salt Lake City for several years. 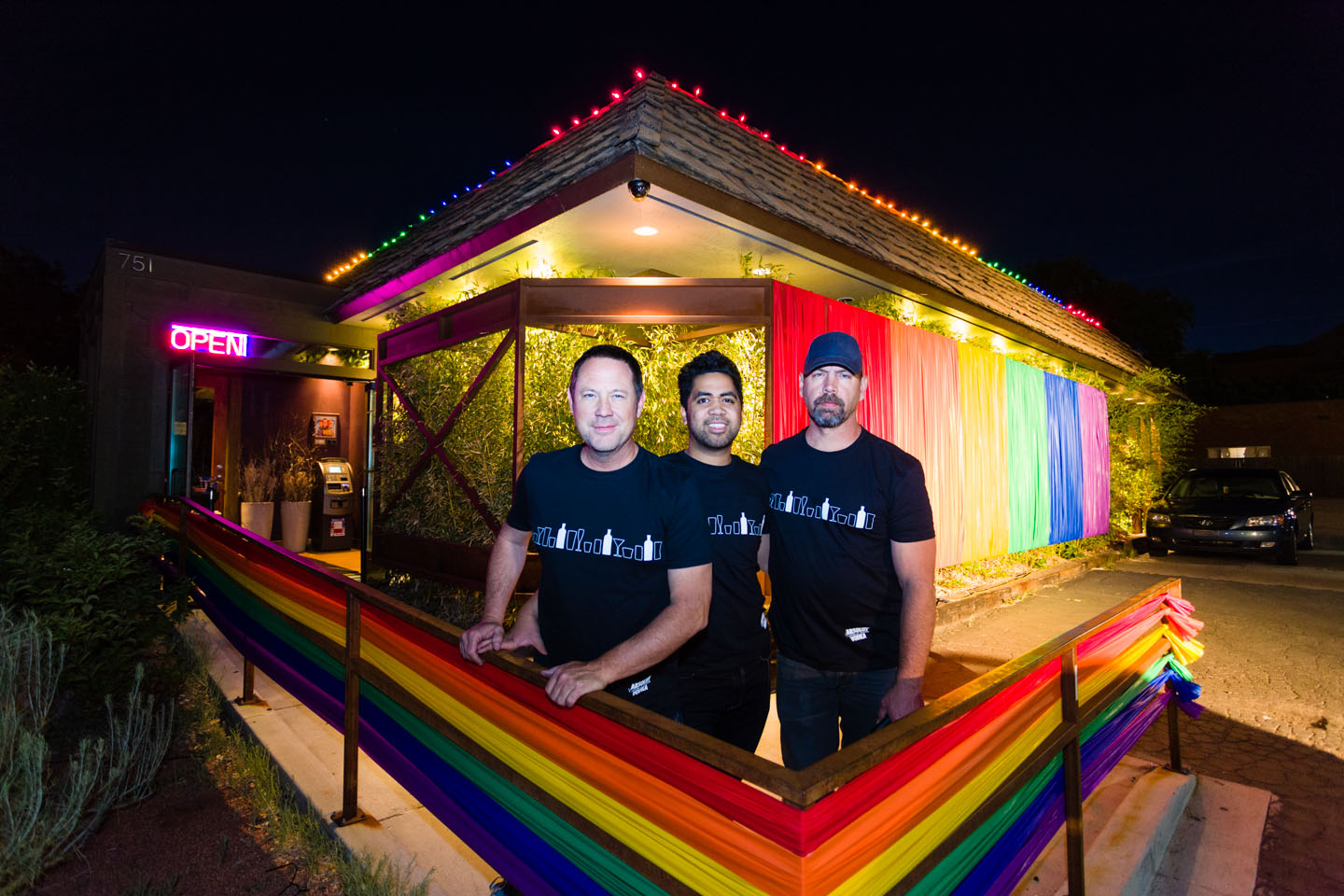 The owners of JAB pose for a photograph