What a fun photo shoot! I got the call from QSalt Lake Magazine in SLC. They are a local LGBTQ+ magazine in the northern Utah area. I’ve had a number of my photographs grace the cover or inside the magazine over the years. This assignment was special because the subject is Tan France of Queer Eye on Netflix fame. He is the fashion consultant on the program. 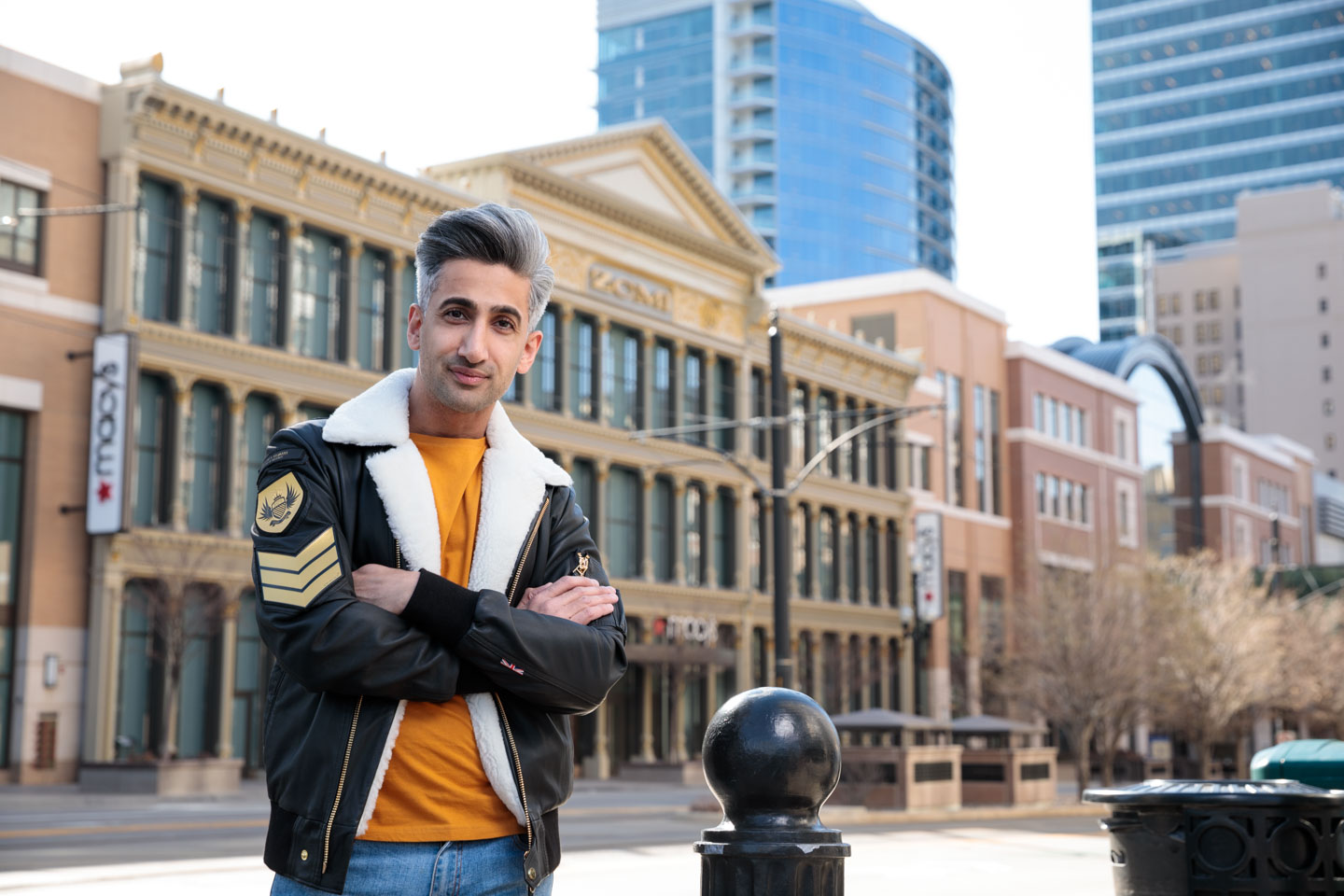 I’ll confess I haven’t seen the TV series, but that is true about most TV. So I went into the photo shoot a little behind the times. But I had a photo assistant, Pamela, there to help out and she had watched the whole series the night before. 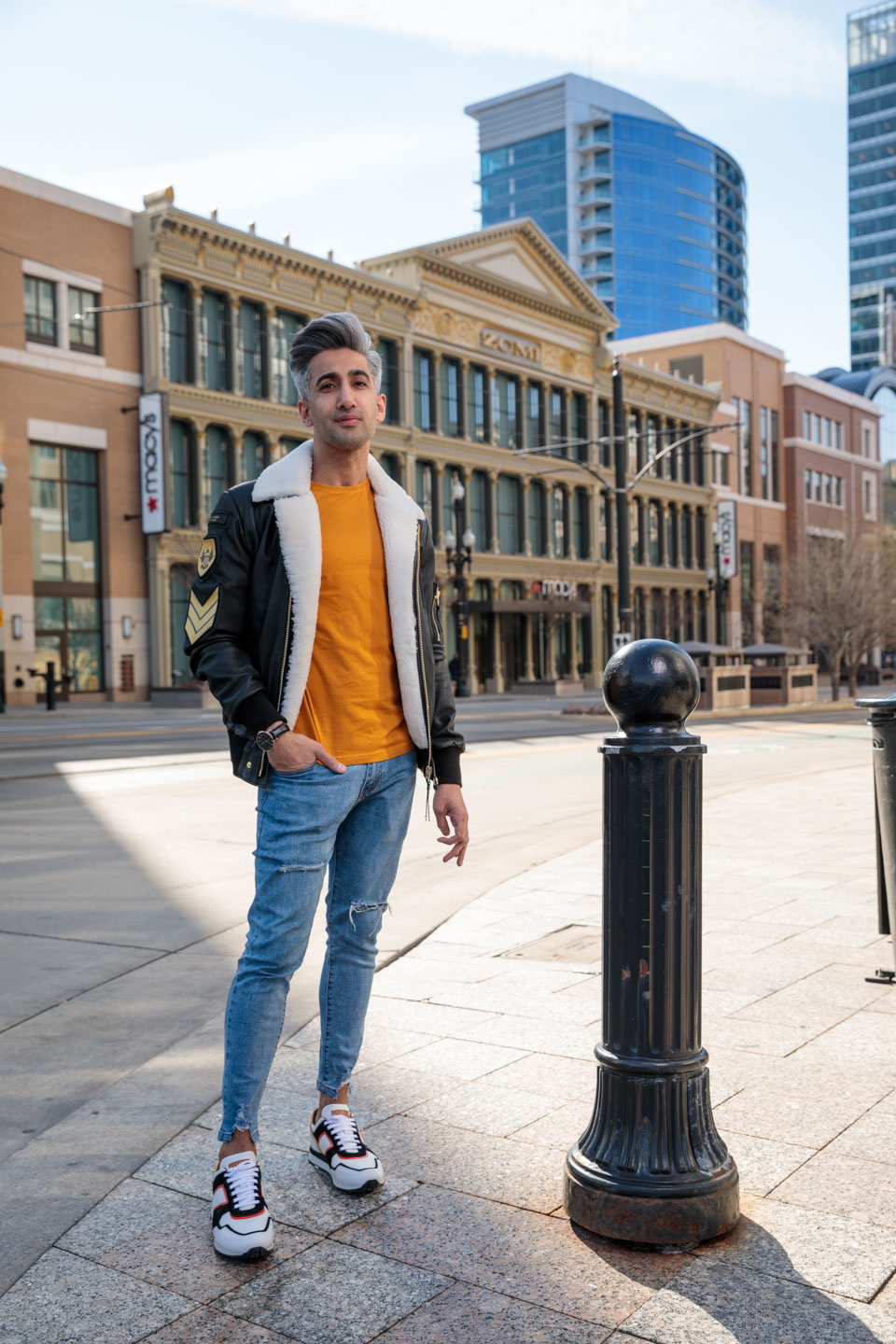 Tan is just one of the nicest people you’ll meet. He has lived in Utah since high school days, if I remember correctly. He started a blog about fashion and that is how he caught the eye of Netflix. 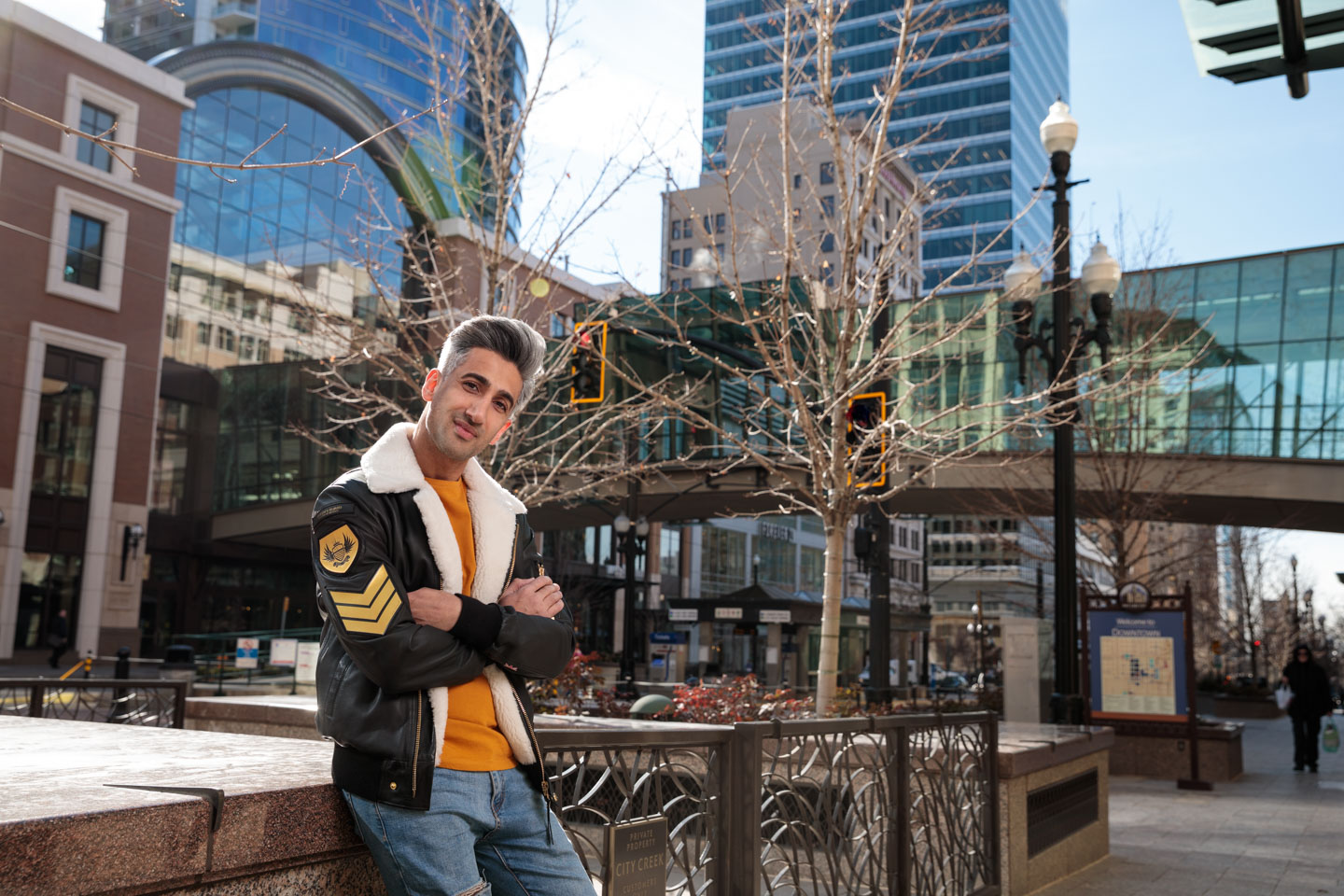 It was suggested we photograph in downtown SLC. And I picked Main Street near the City Creek Center. With and assistant, it was pretty easy to create some awesome photographs. Tan was a natural in front of the camera. And we had about 3 people stop to ask for a selfie with Tan. He is already a household name!

And I’m including a few behind the scenes photos from this photo shoot. We packed light. I had my backpack with two cameras, lenses, and one light. We wanted to keep moving in the chance some security officer asks us to move along. 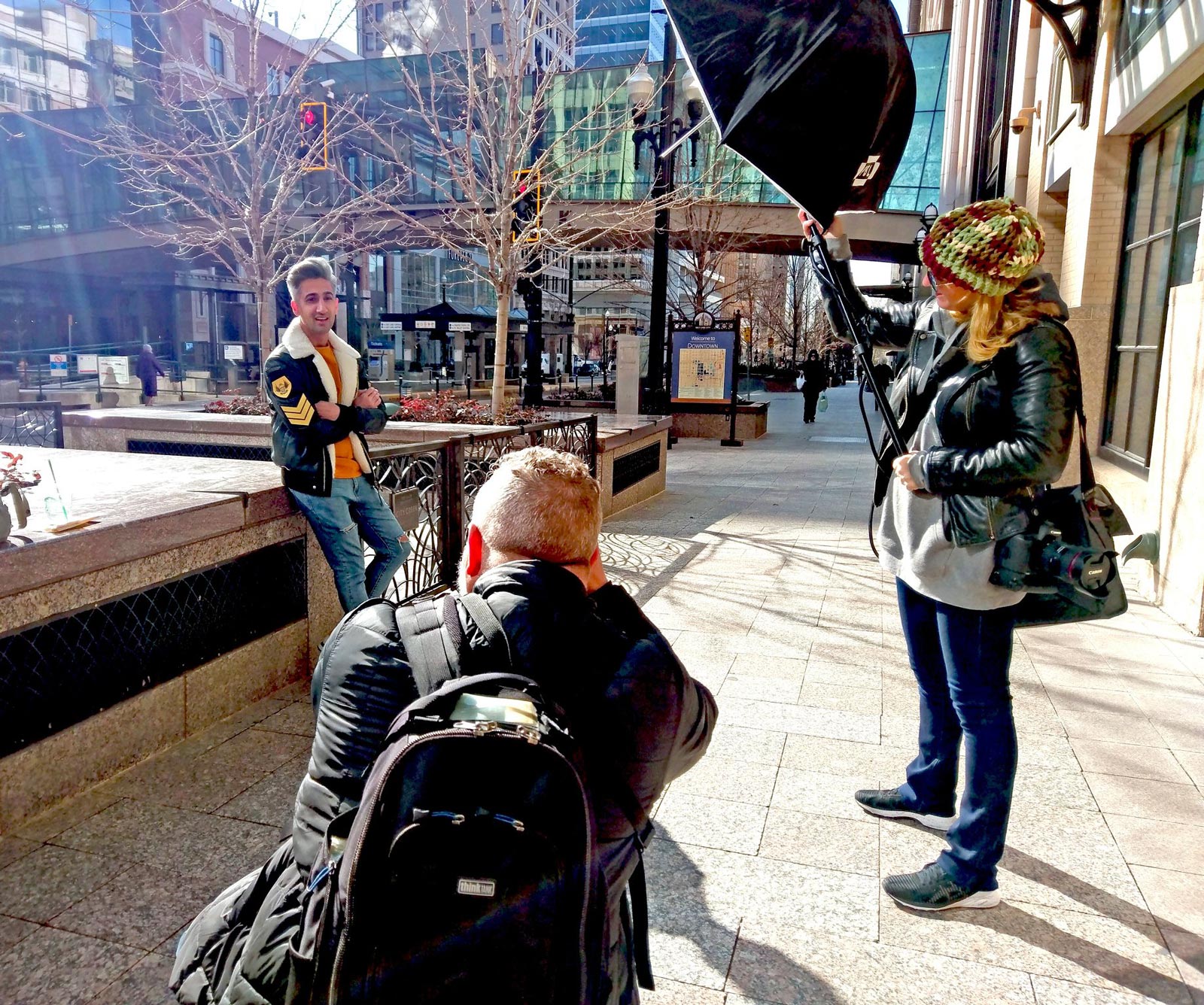 Behind the Scenes of Tan France’s photo shoot

We had planned about half an hour for the photo shoot. Tan brought his own wardrobe, since we didn’t have a big budget like your huge fashion magazines. Maybe someday. 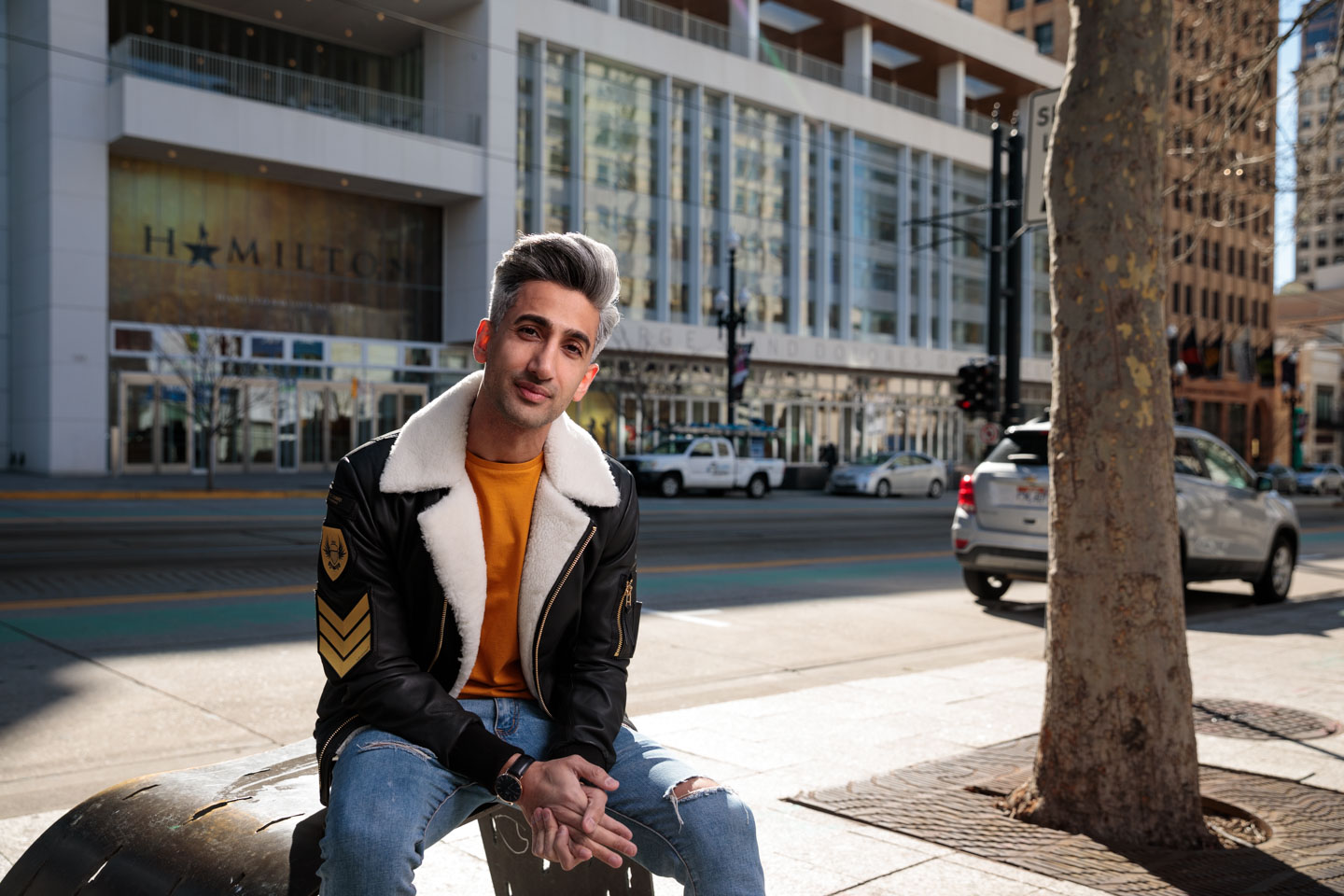 These photos are right out of camera… no retouching. I figured this was more of a journalism piece so I didn’t retouch. If this were a fashion magazine piece, then there would be retouching as needed. But Tan looks great, the setting was great and Salt Lake is a pretty cool place to photograph. 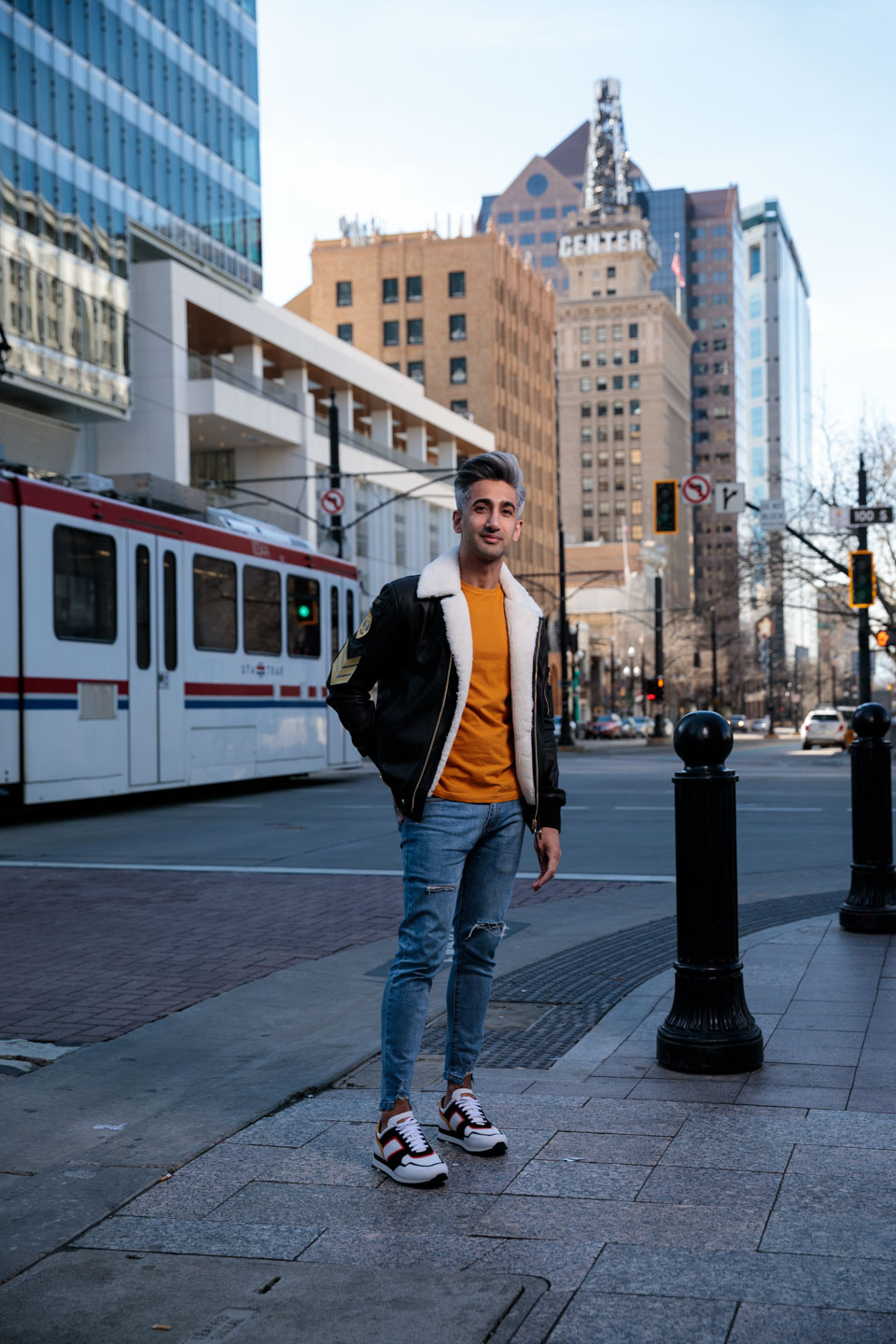 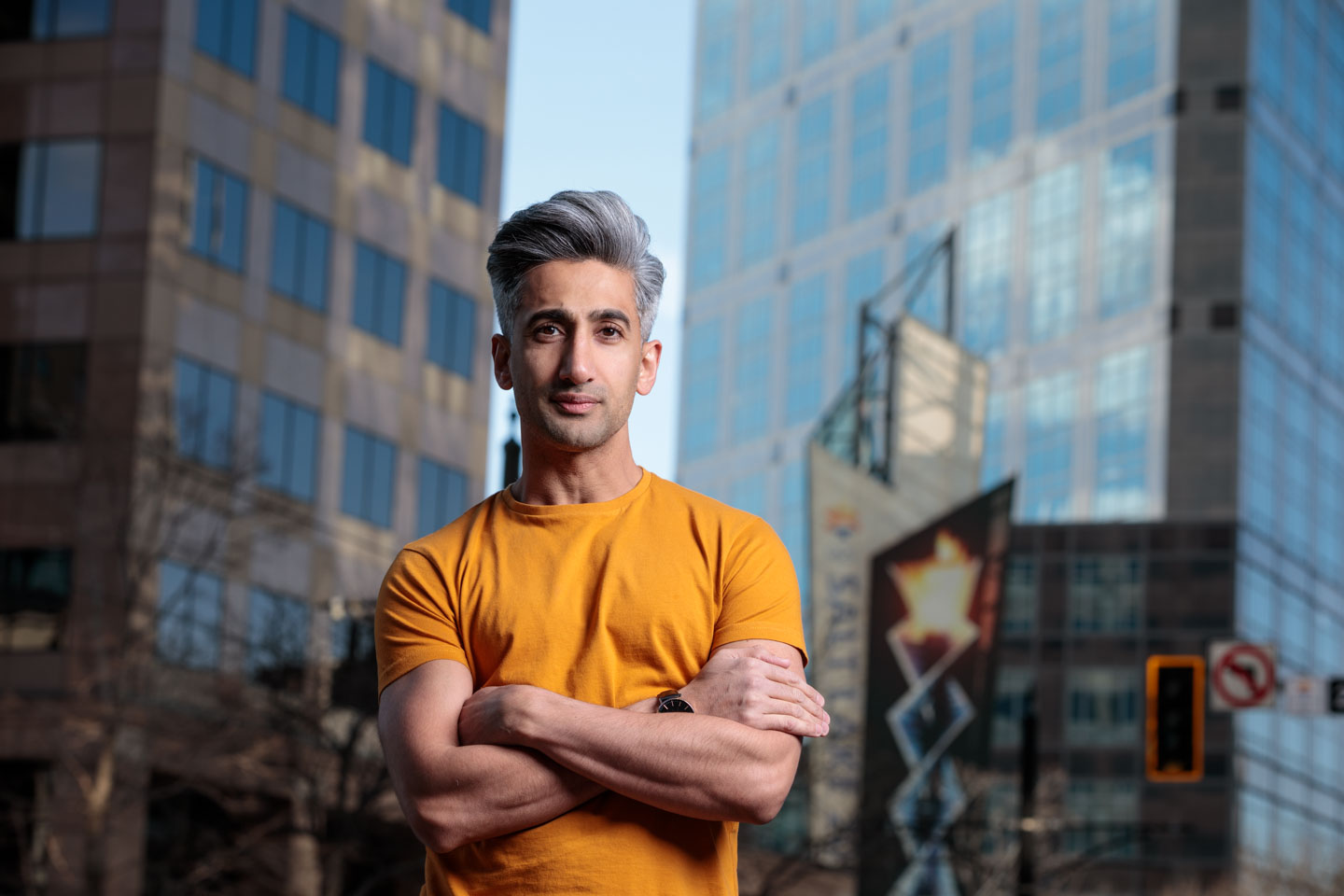 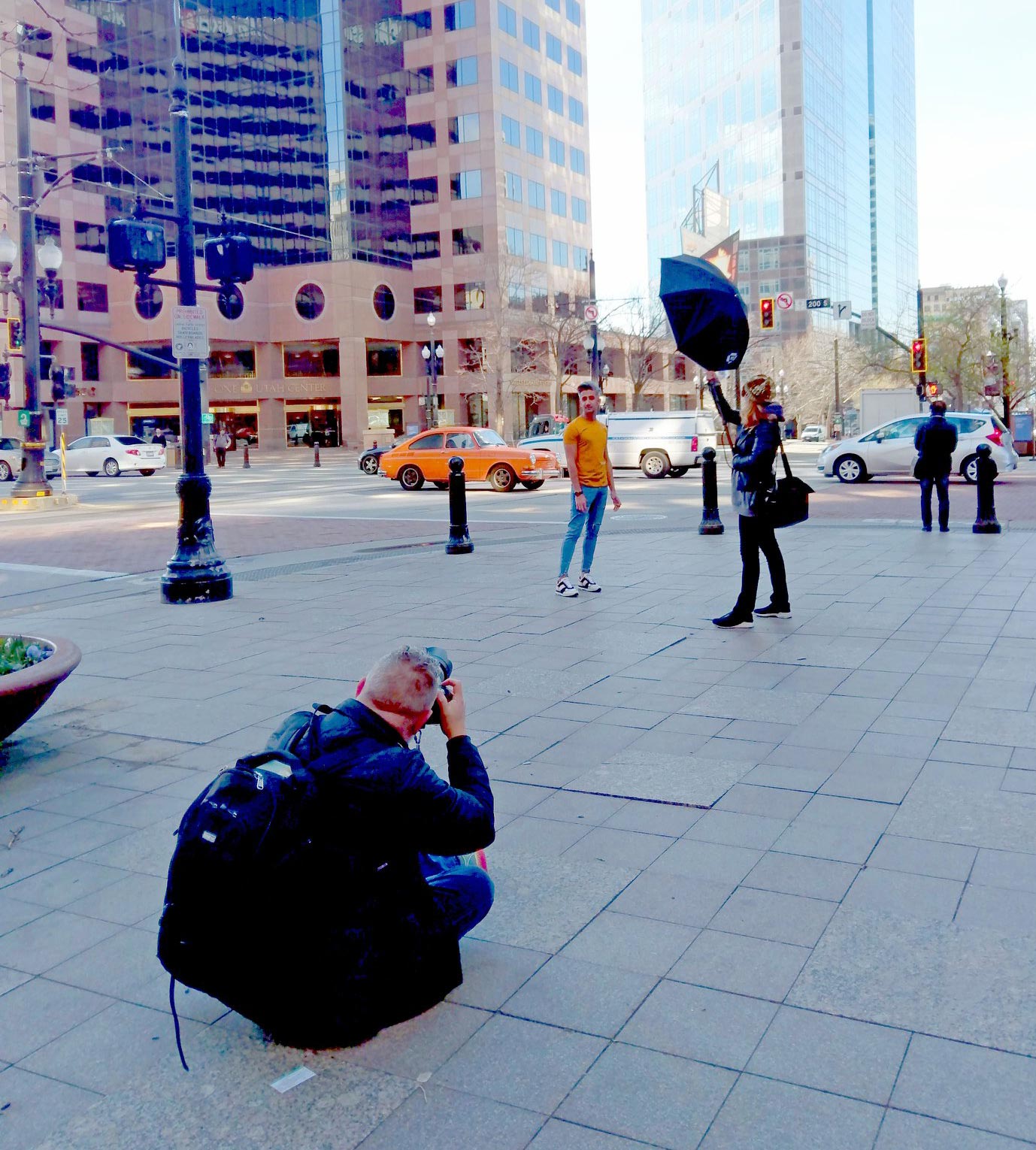 Behind the Scenes of Tan France’s photo shoot 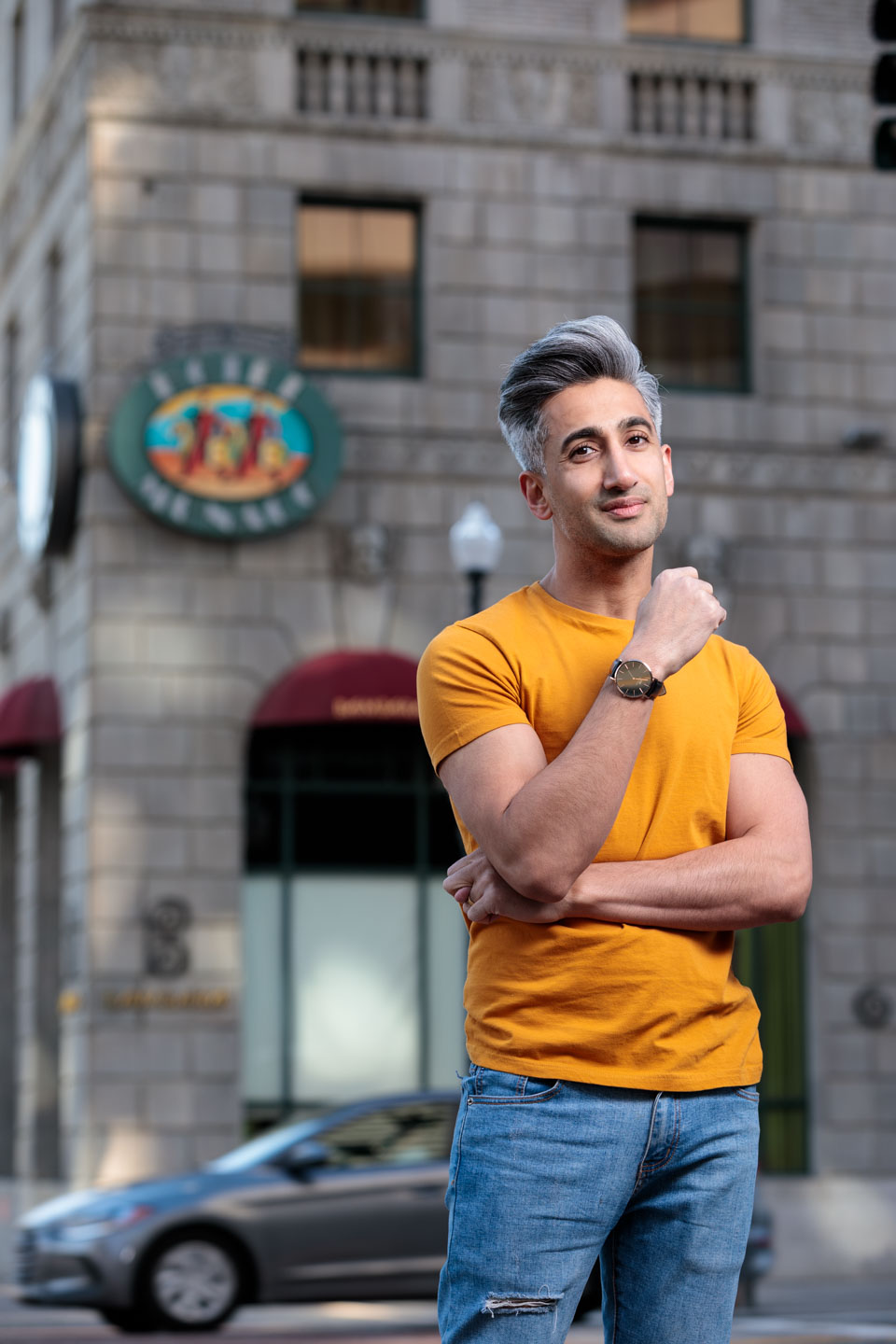 Tan France by the Hotel Monaco

And here is the proof we’re in Salt Lake City. 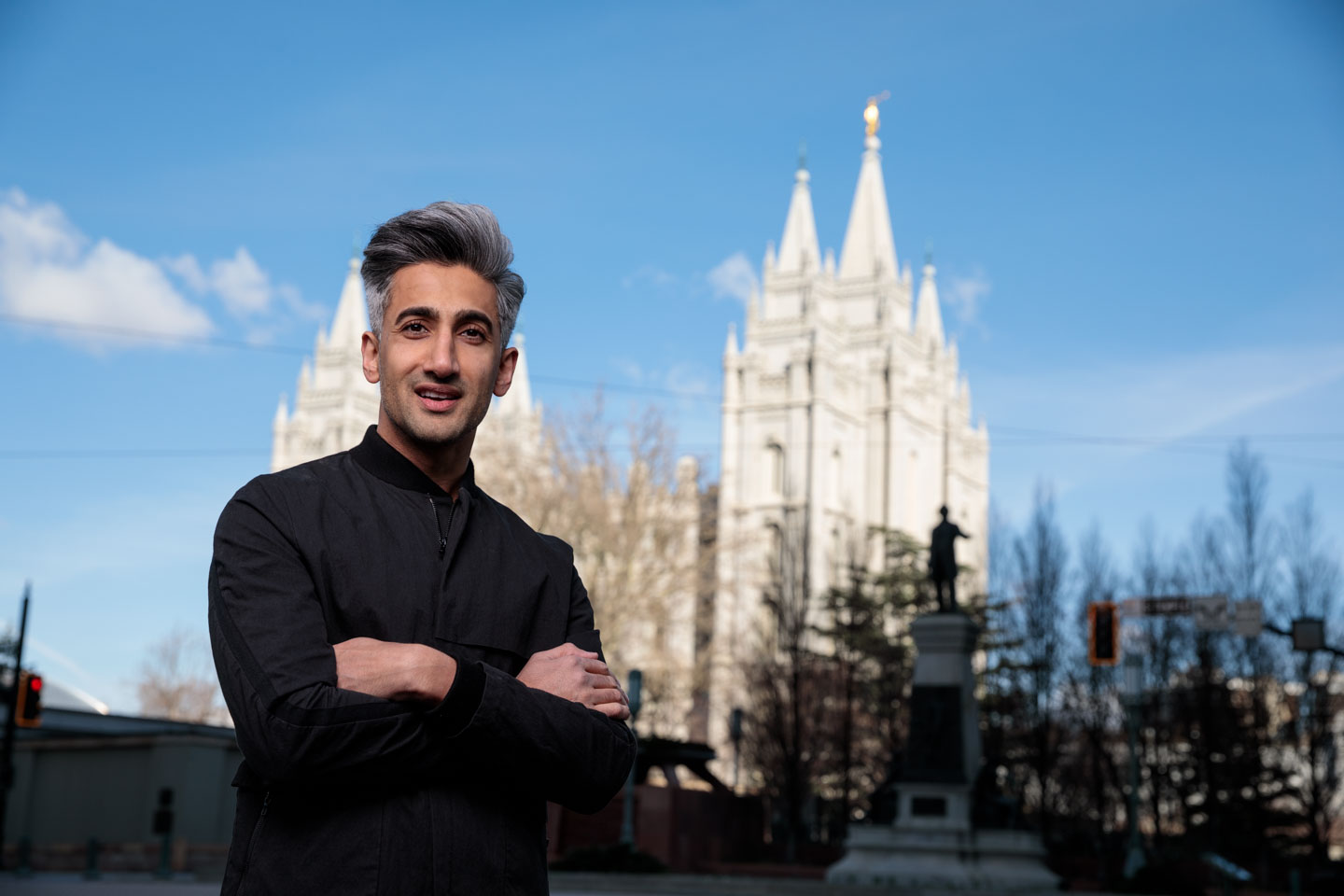 Since Tan was there, I got my photograph with him. Yay! 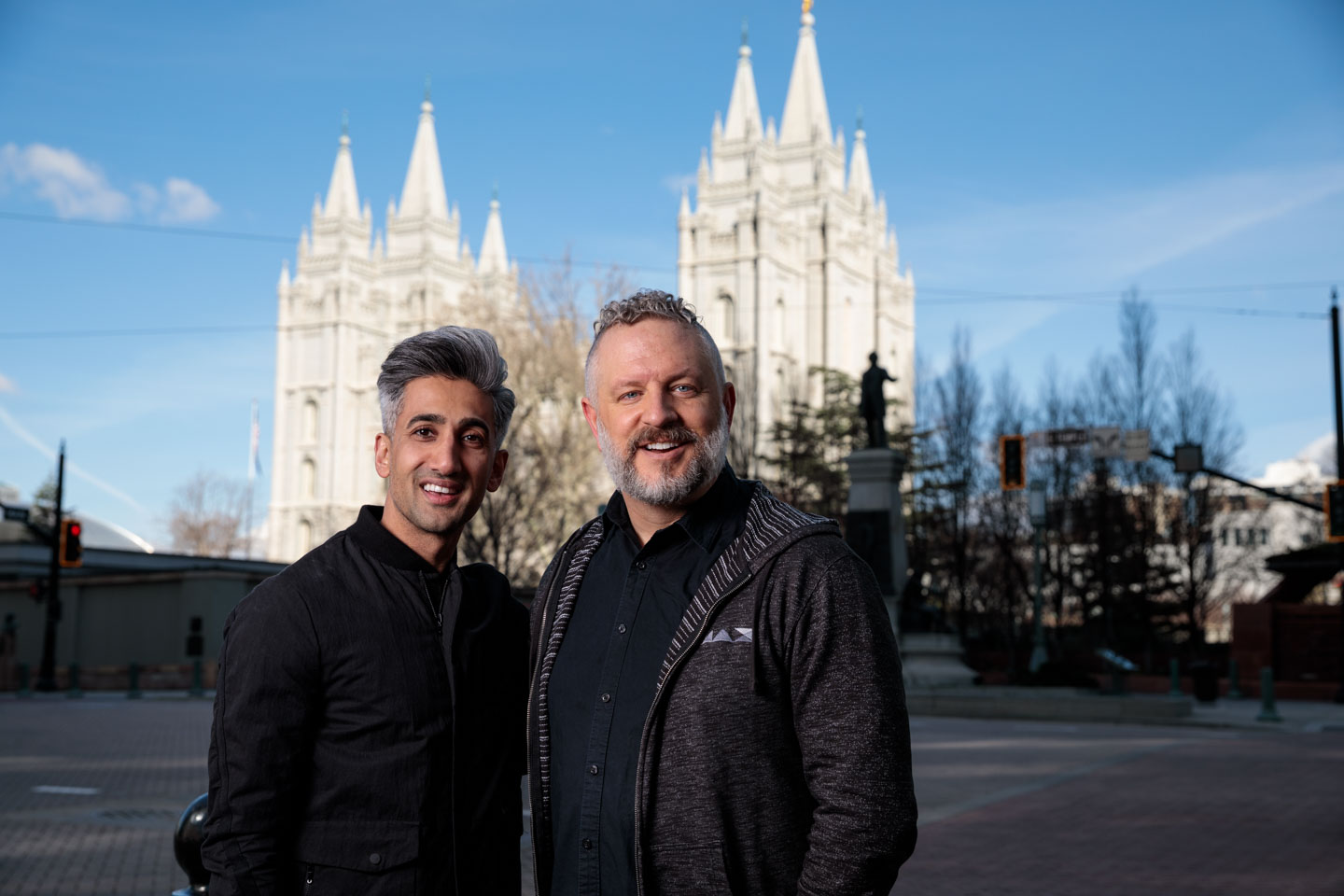 It’s me and Tan France! 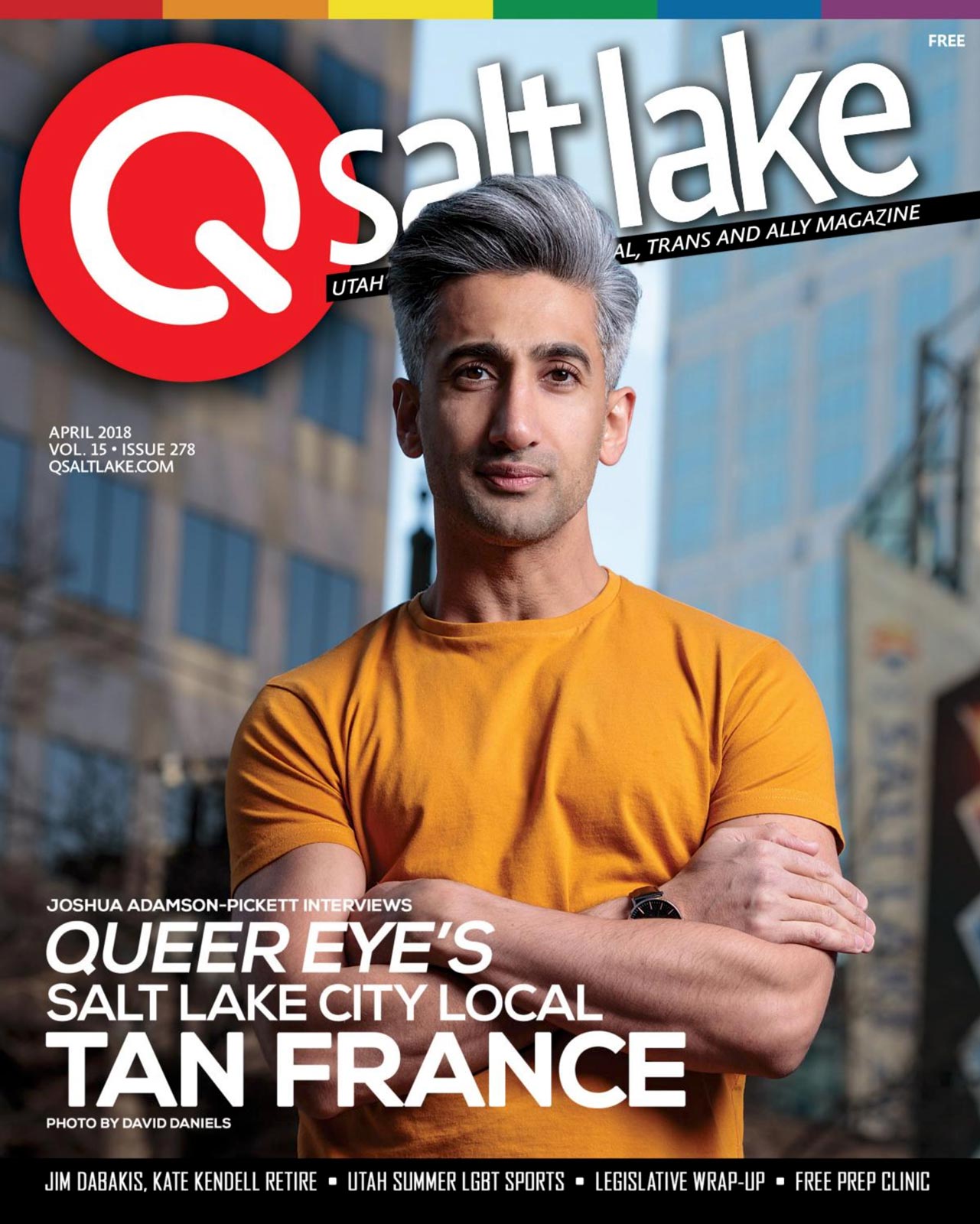 The cover of QSalt Lake Magazine 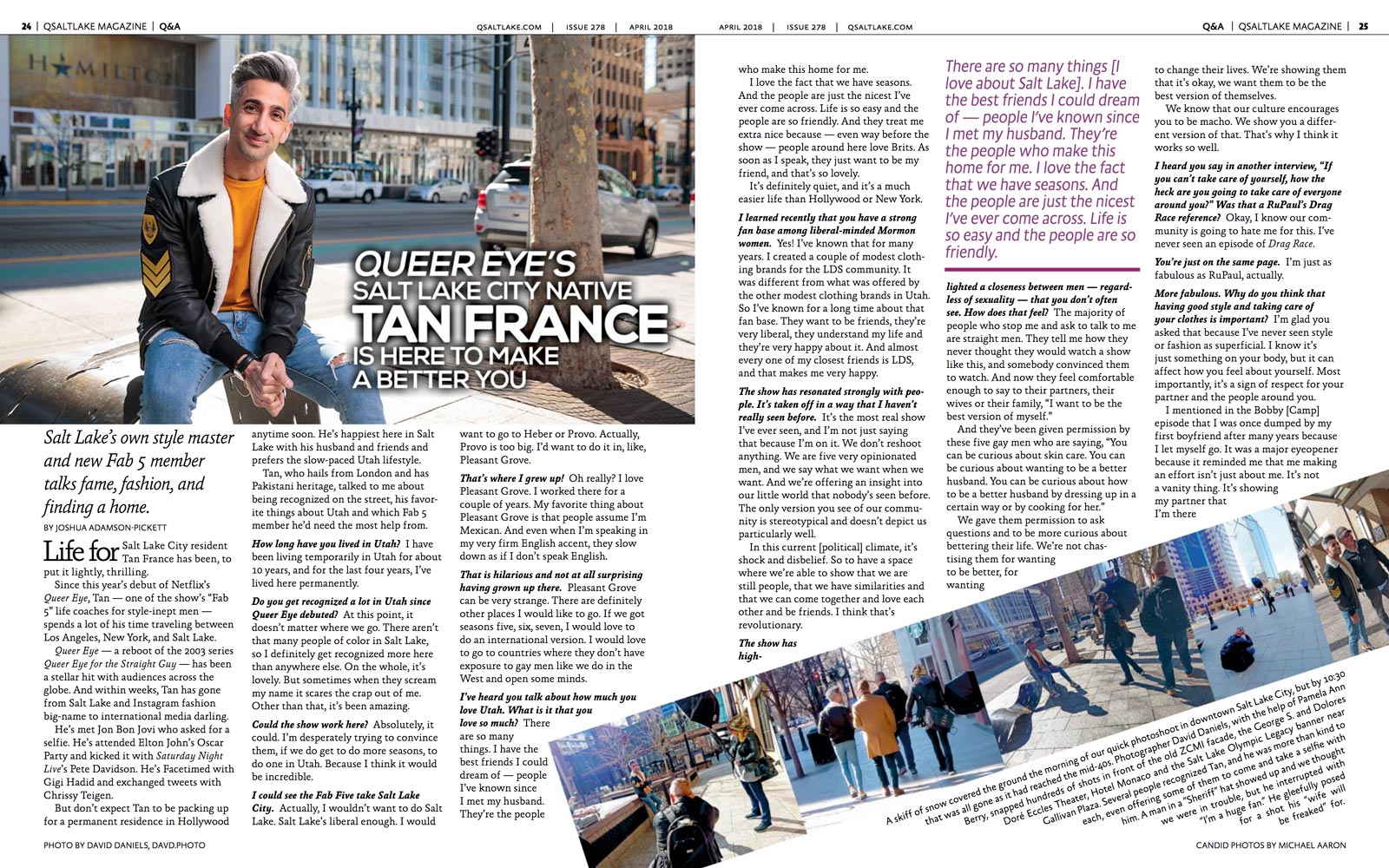 Sample of the article

Photographing Paintings Is Not Easy But I Did It!