Photographing Some T-6 Airplanes at an Air Base

Over the weekend I was in Del Rio, Texas and more specifically I was visiting my brother and his family who are stationed at Laughlin AFB in Del Rio. The base is used to train future US Air Force pilots. My brother will be training for about a year to be a pilot, woo hoo!

We had the chance to go see the flight line and the T-6 planes these pilots fly when they are training to be the best of the best and the fastest of the fast. (I’m creating my own marketing) 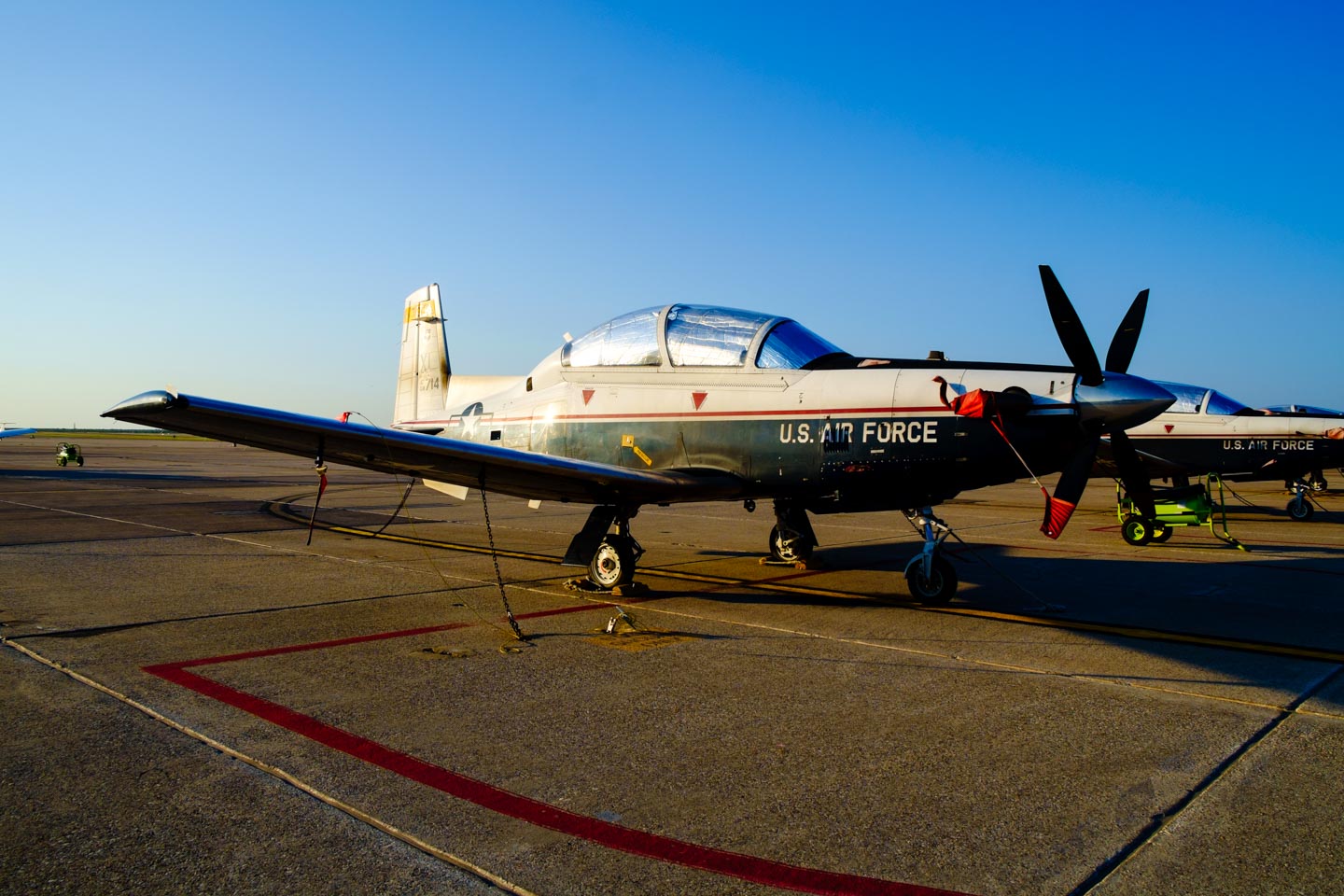 T-6 Airplane on the Tarmac

I grew up as a military brat. We moved from base to base and a military base always feels like home. It was pretty cool to see the planes, buildings, and housing. It felt like I had stepped back in time when I lived in Clark AFB in the Philippines, Lowery AFB in Colorado, and Vandenberg AFB in California. Those were just a few bases where we lived. My dad was an Air Force chaplain and my brother will be a pilot. We are a military family, woo hoo. 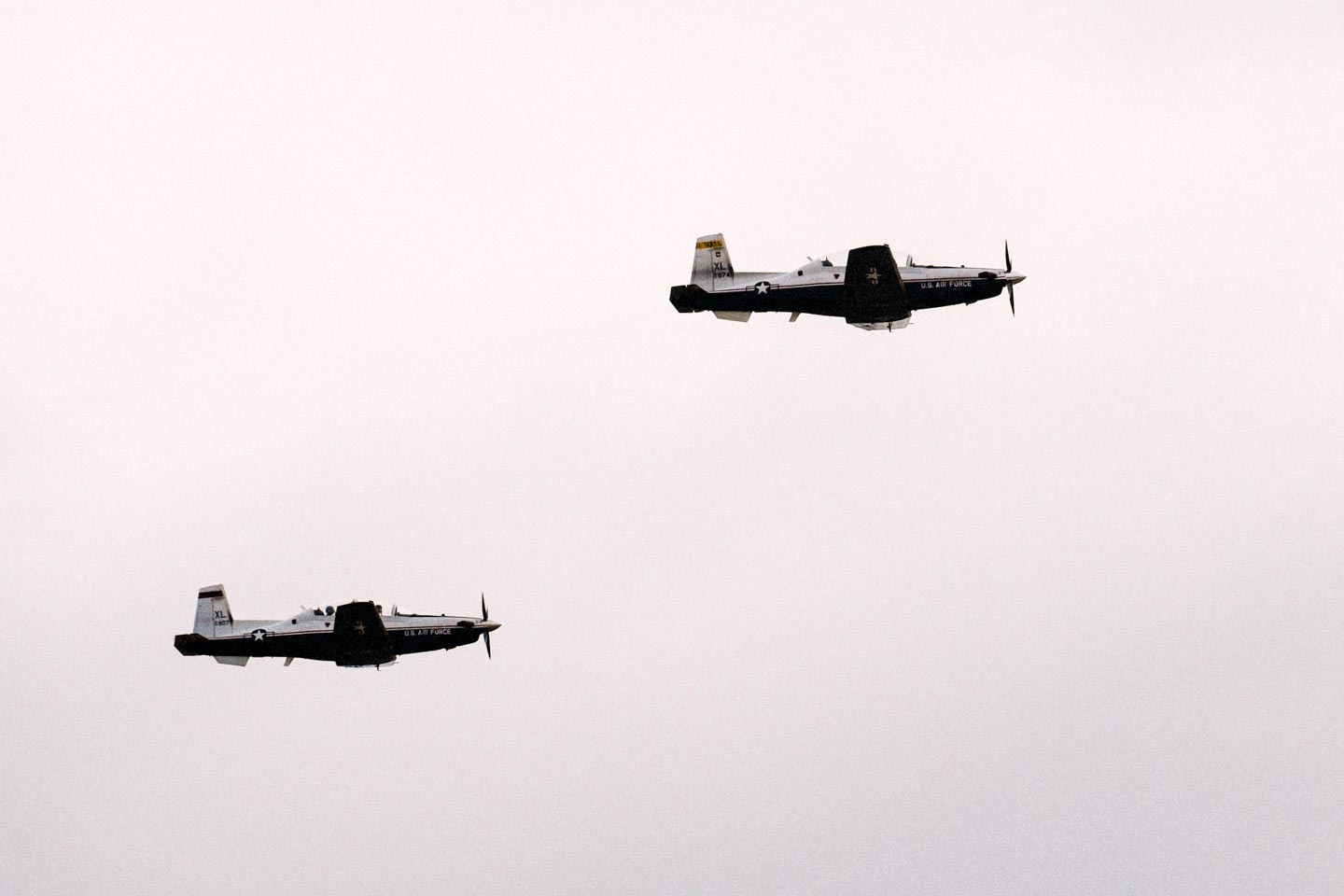 A pair of T-6 planes fly in formation

I wanted to create a few artsy photos of the planes they will be flying. On Sunday, when we first stopped by, the planes were grounded. No one practices on the weekend I guess. On Monday the T-6 planes were doing touch and goes and a few flying in formation.

So many training planes

The T-6 planes are the fastest propeller planes in the world. Once the pilots master that they move onto one of two other planes. One plane is for the fighter pilots and the other plane will be for the “large” planes such as cargo, refueling, and other speciality craft. 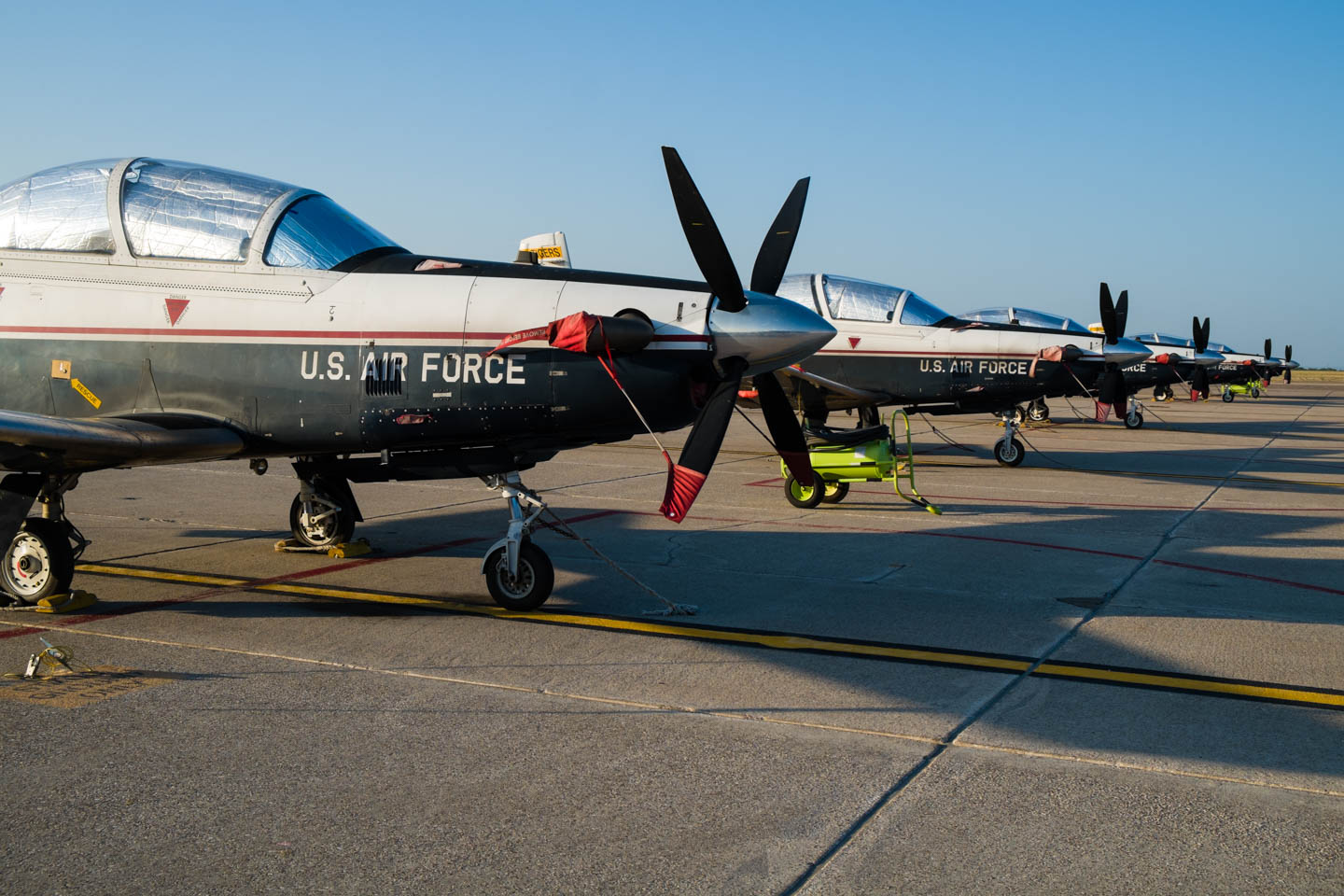 It’ll be fun to watch my brother’s career! In the meantime I’ll try and take some cool photos whenever I’m around some planes. 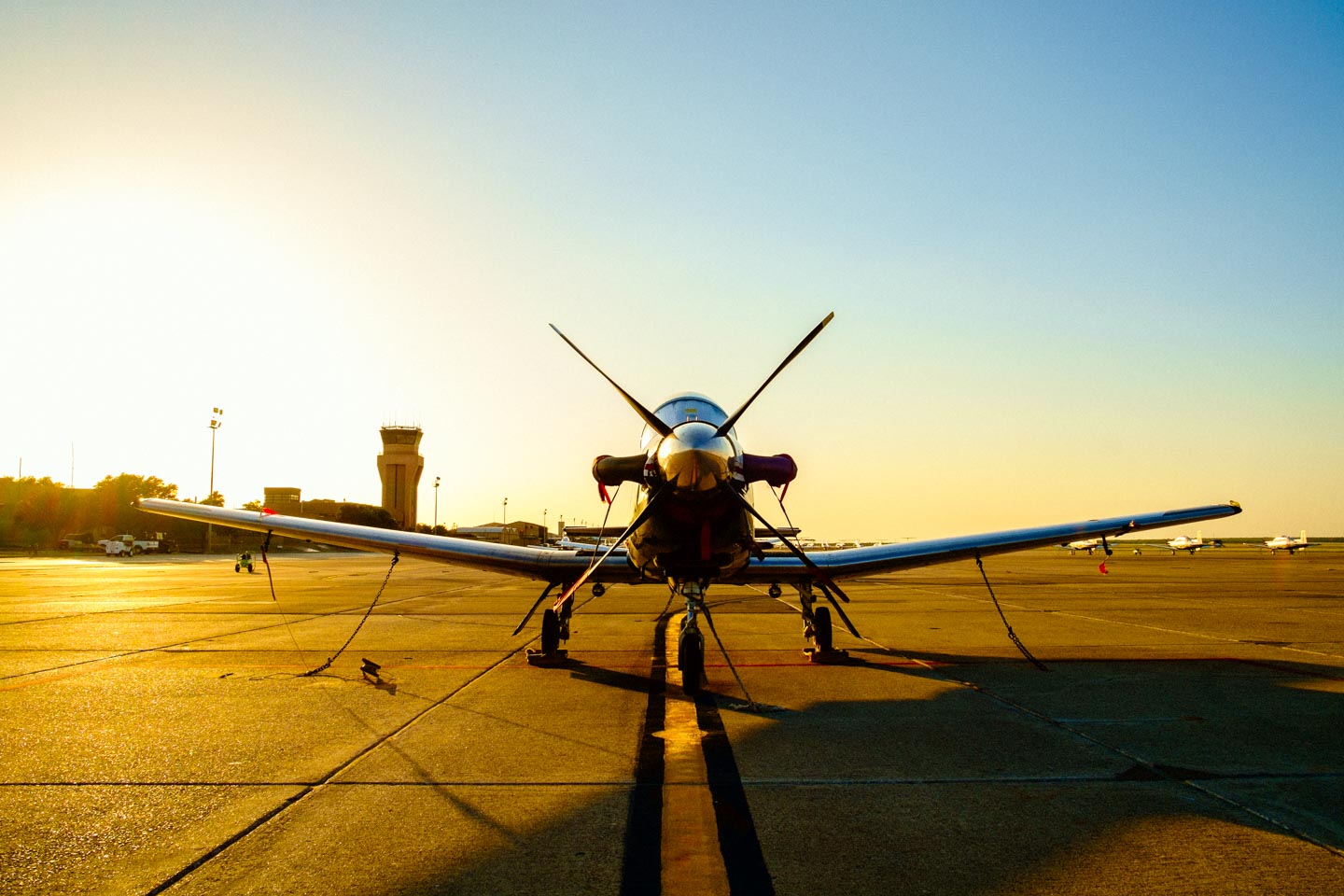 Money shot of the T-6 airplane 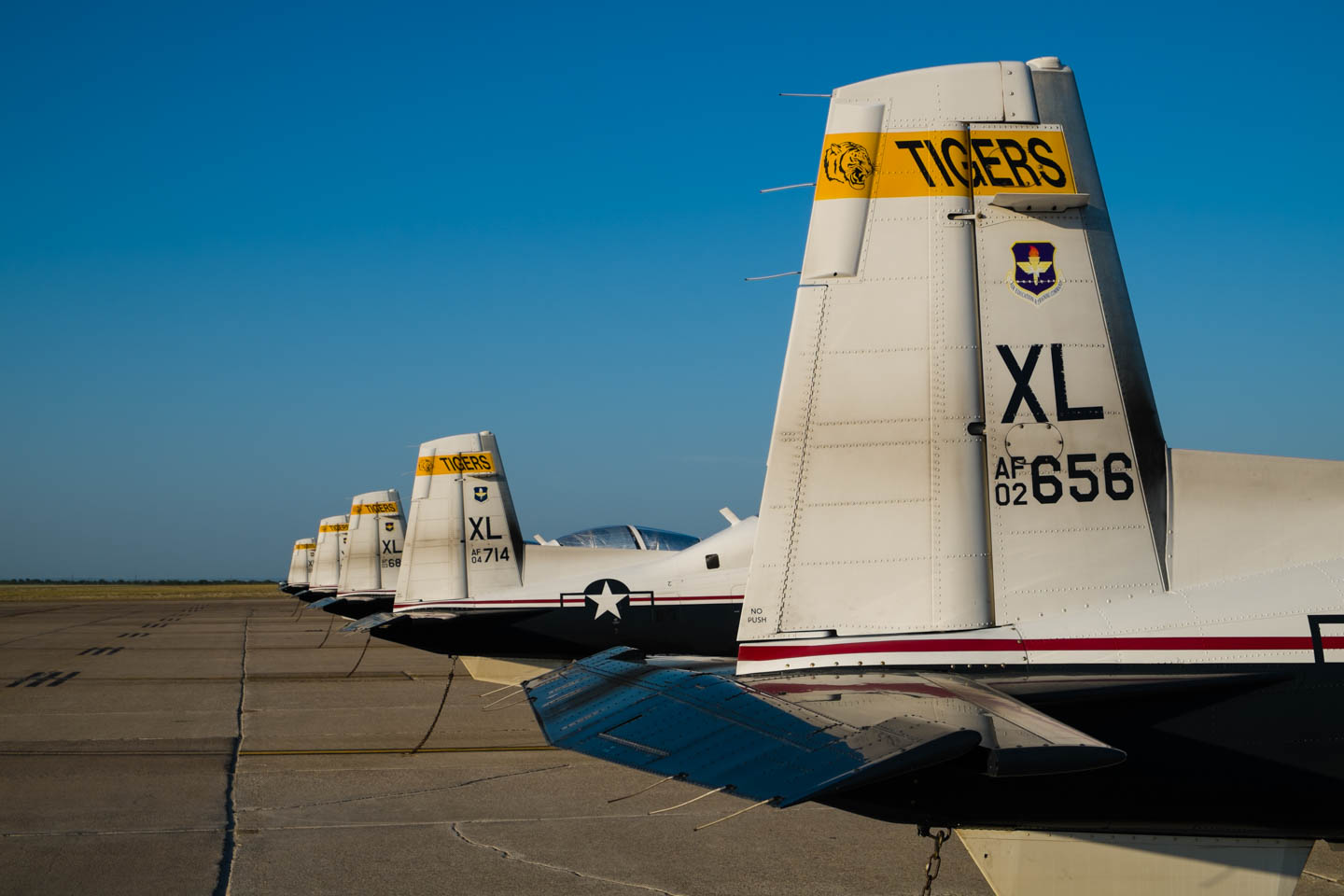 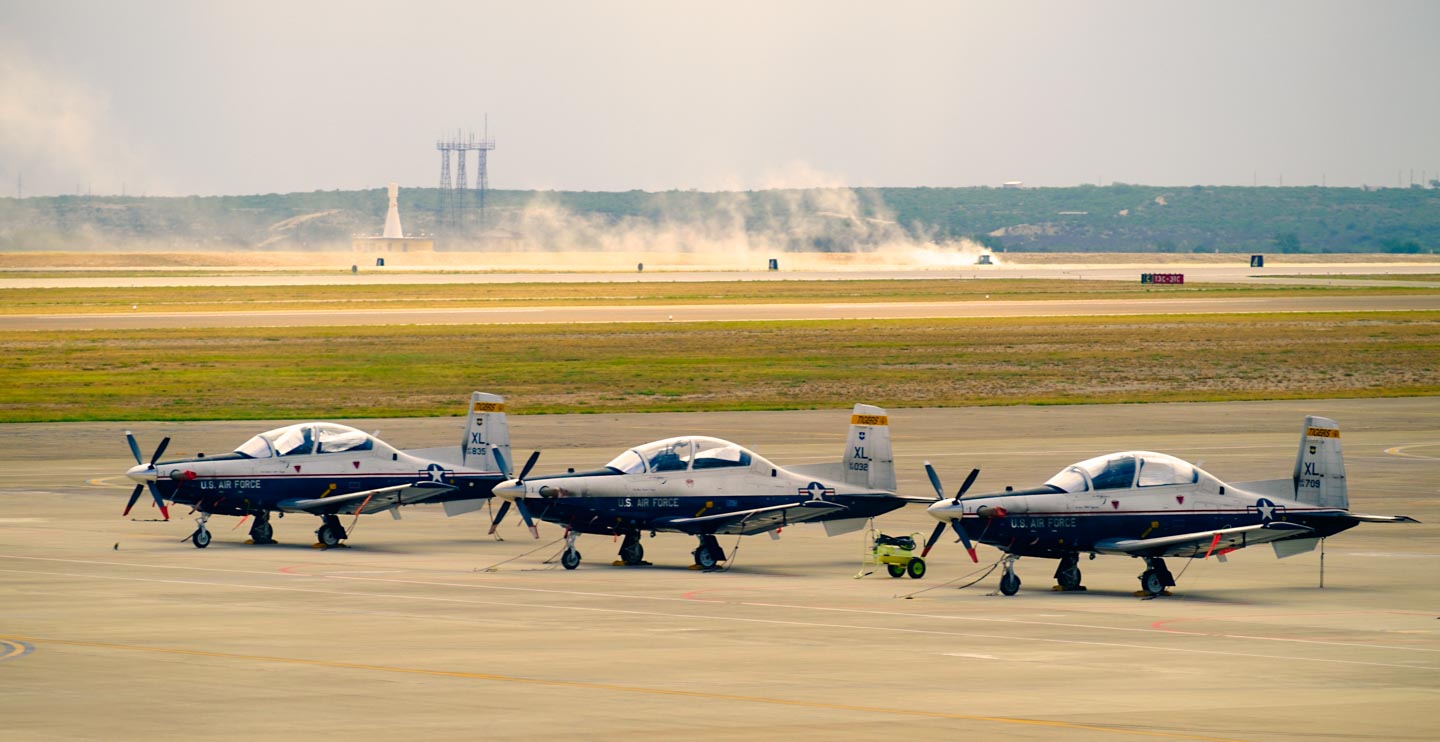 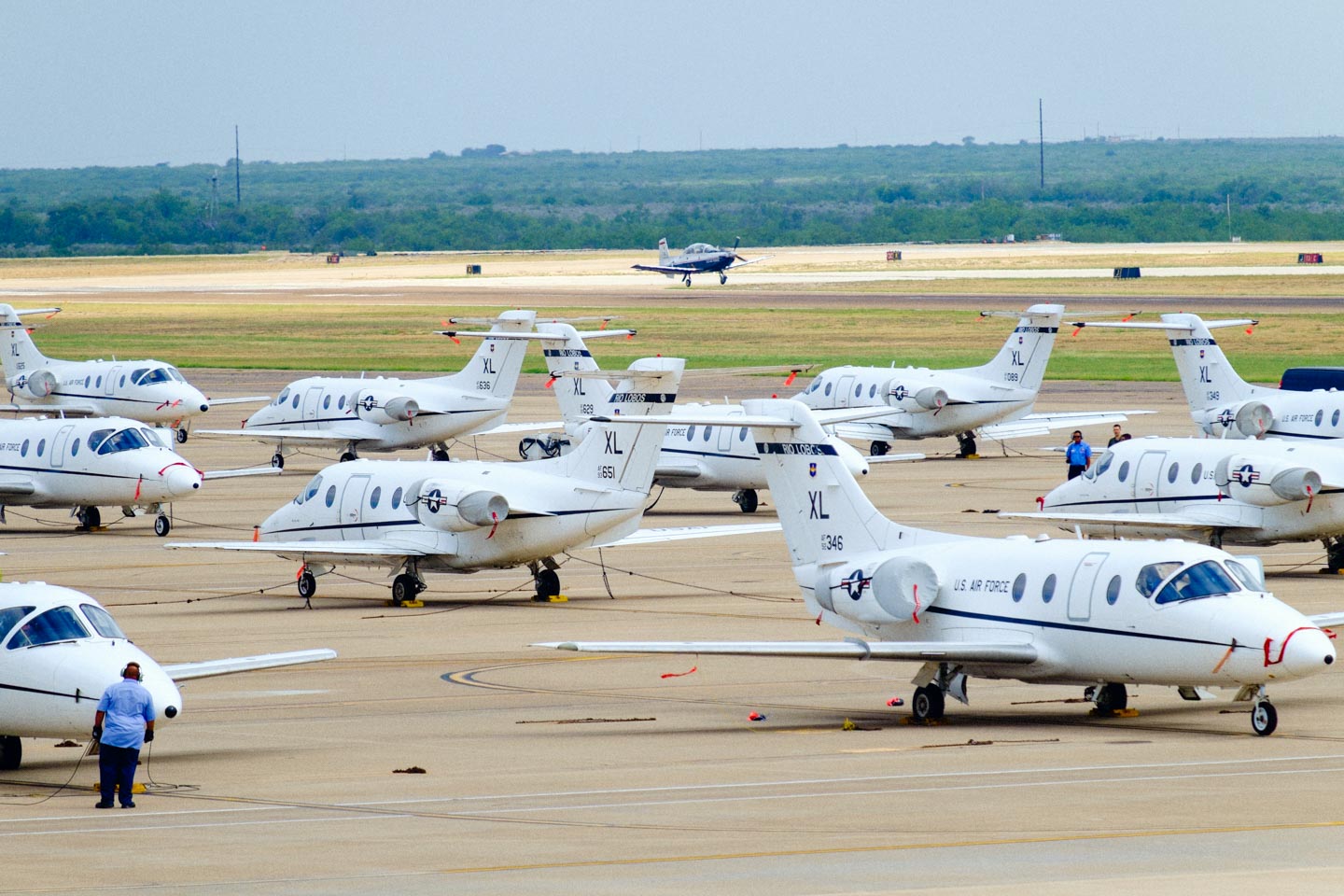 Getting Creative with Children Portraiture, with Photoshop!