I had the opportunity to photography the image to be used on the updated Eye Formula and I thought it would be cool to share some of the behind the scenes photos and the process used to pick the final image and some of the potential social media images.

The following image was updated with the actual label rendered with Adobe Dimension. 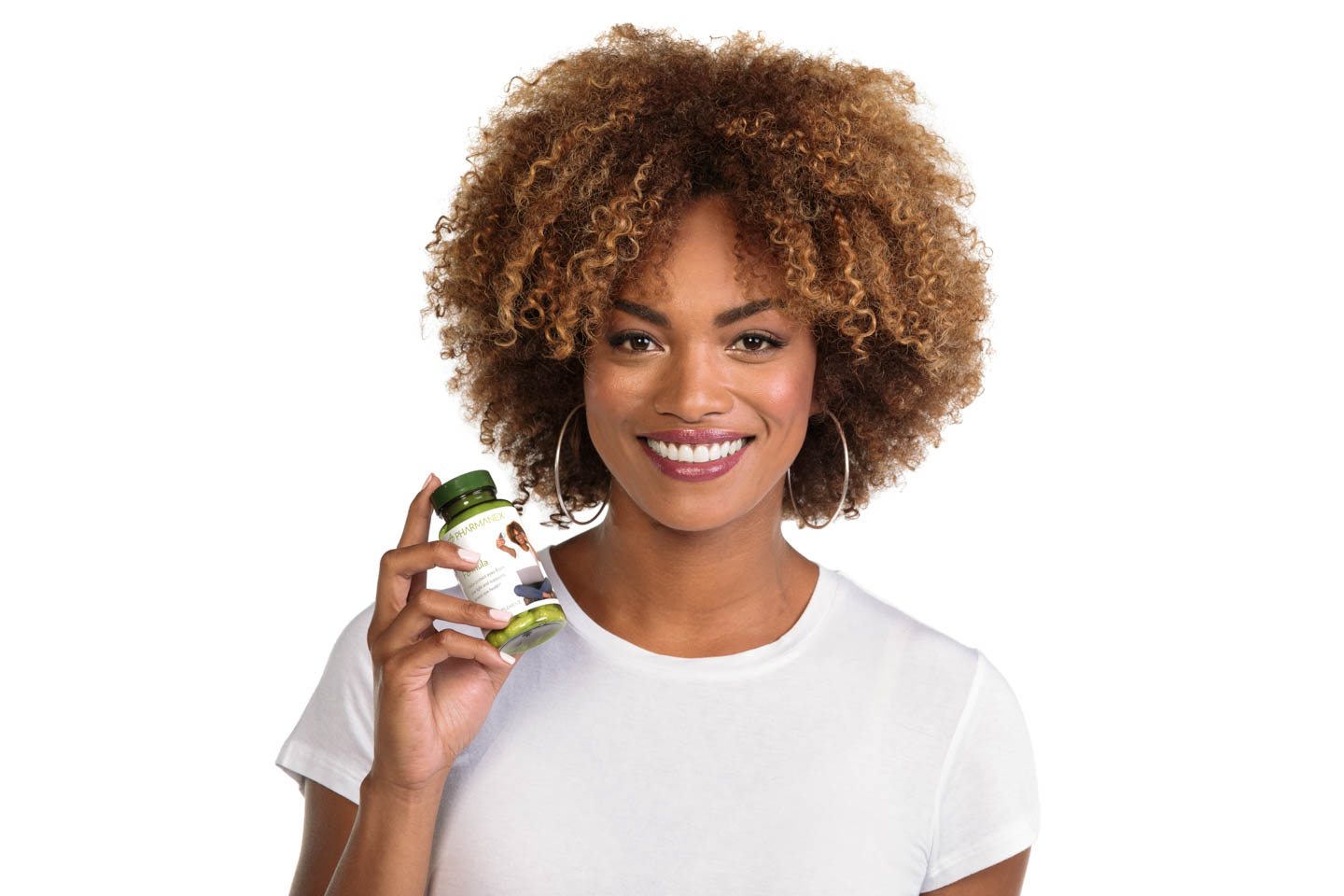 The model holding the updated label

It’s a great idea to start with a mood board. I also included some of the notes that include picking models from Talent MG in Utah. We wanted to go for the millennial youth demographic and representation can be important as well. We picked two models to work with, and one would be selected for the product label. We also would photograph the models for some supporting social media content. 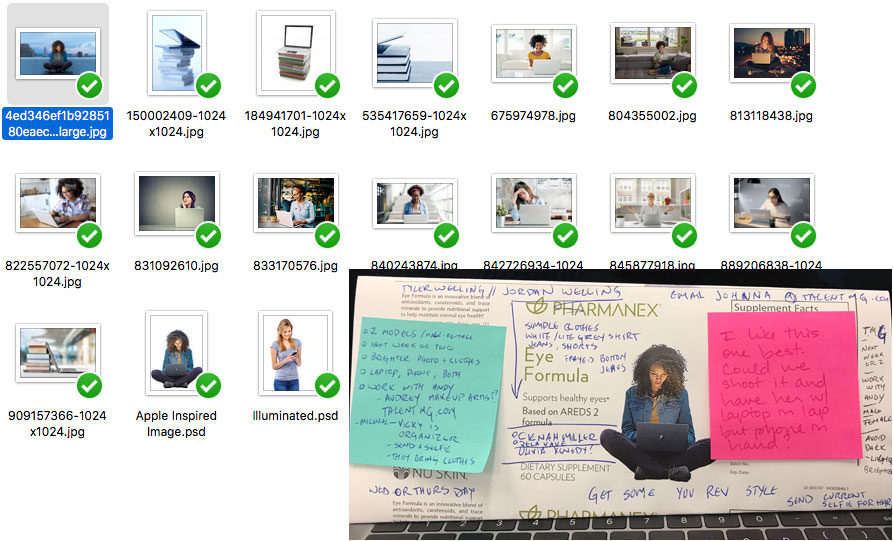 A mood board with stock photos and notes

After the mood board we comped the label with different images to get an idea of what we wanted. The old label had a stack of books. The new product helps with blue light, which can be damaging to one’s eyes and we wanted to feature digital devices. So laptops, phones, and VR headsets would be featured. 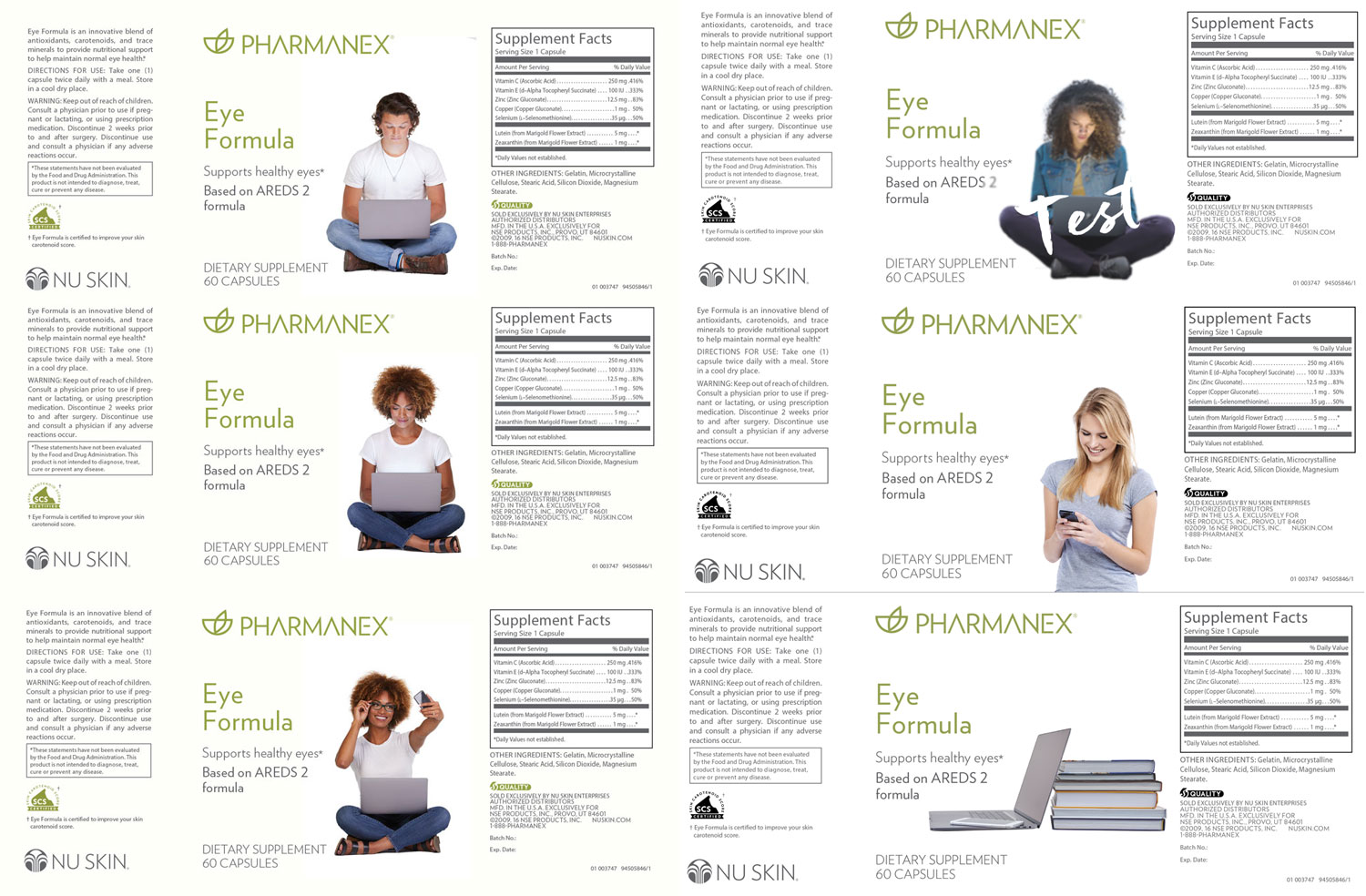 This is the final mockup. The text hadn’t yet been updated with the new benefits but it was enough to get approval.

The initial mockup… the text is just filler

Here is a behind the scenes of the photo shoot. We shot in the ballroom. I brought in my lighting and we used one of the seamless rolls of paper for the background. We shot for half a day and about 1200 images. 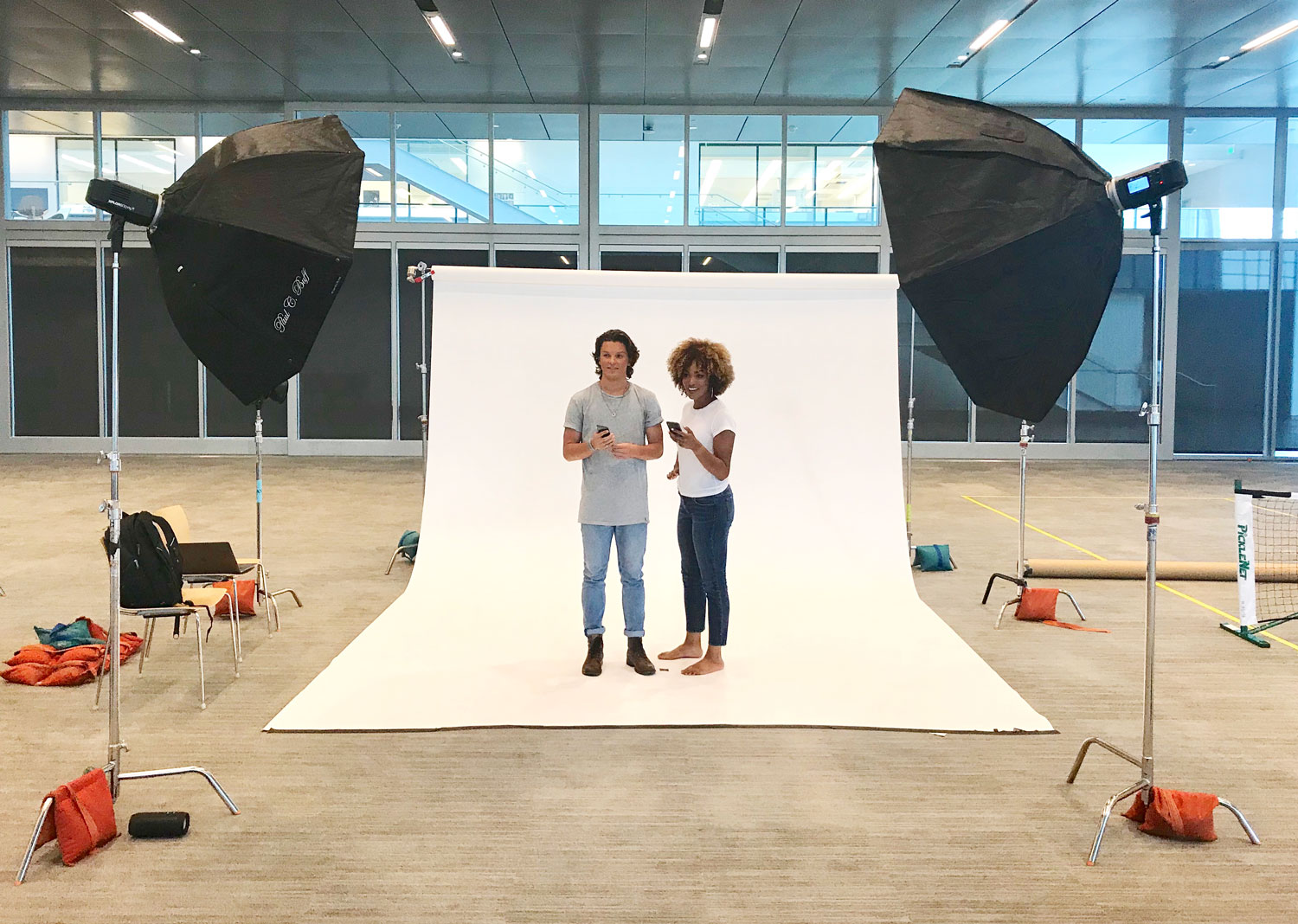 Behind the scenes of a model photo shoot

These were the final two images that we presented and we let the higher ups in marketing pick which model would go on the bottle. 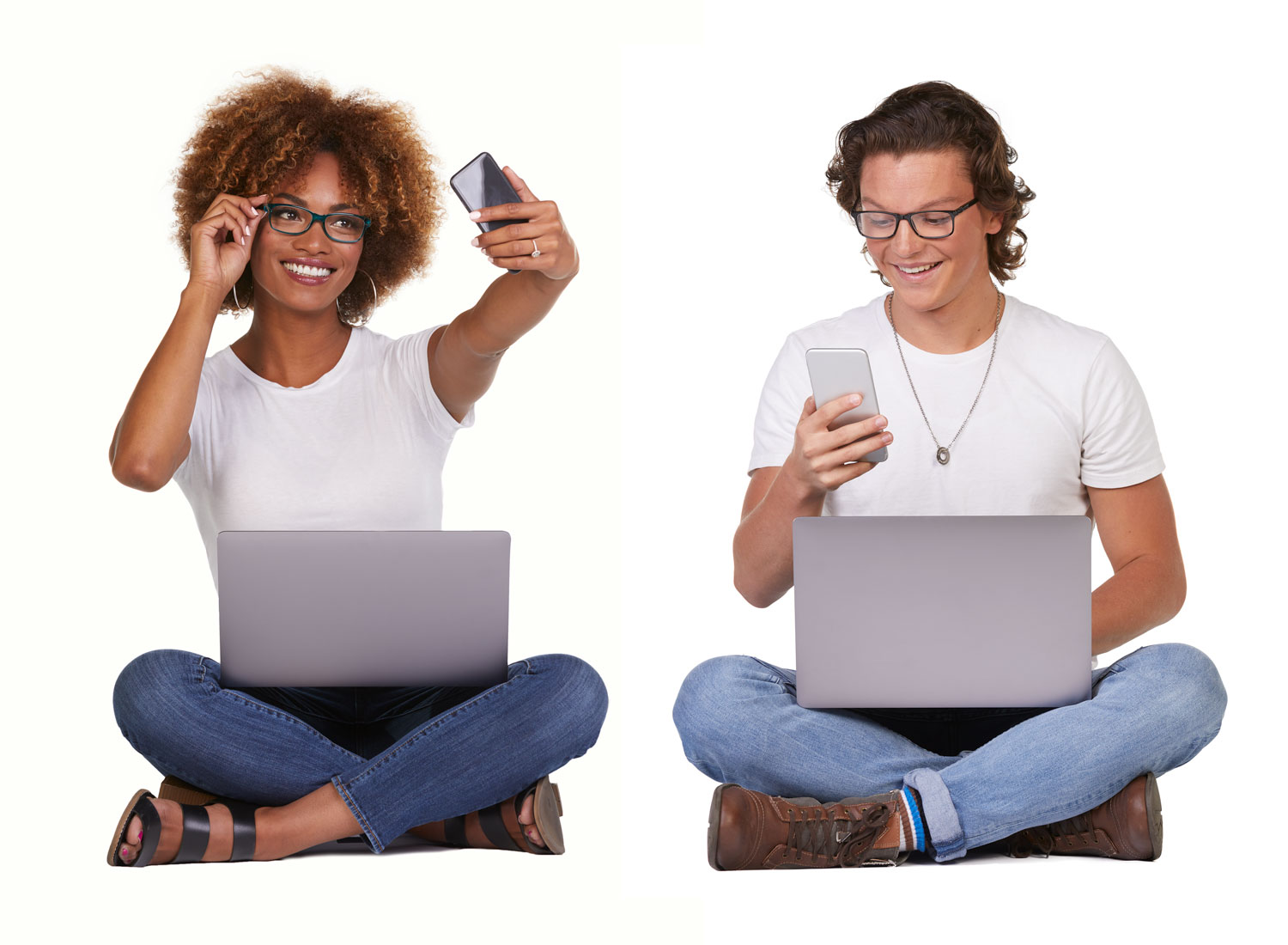 After we shot the initial concept, we did some alternative photographs. I brought in various props such as reading glasses, books, laptops, tablets, phones, sunglasses, and even a VR headset. 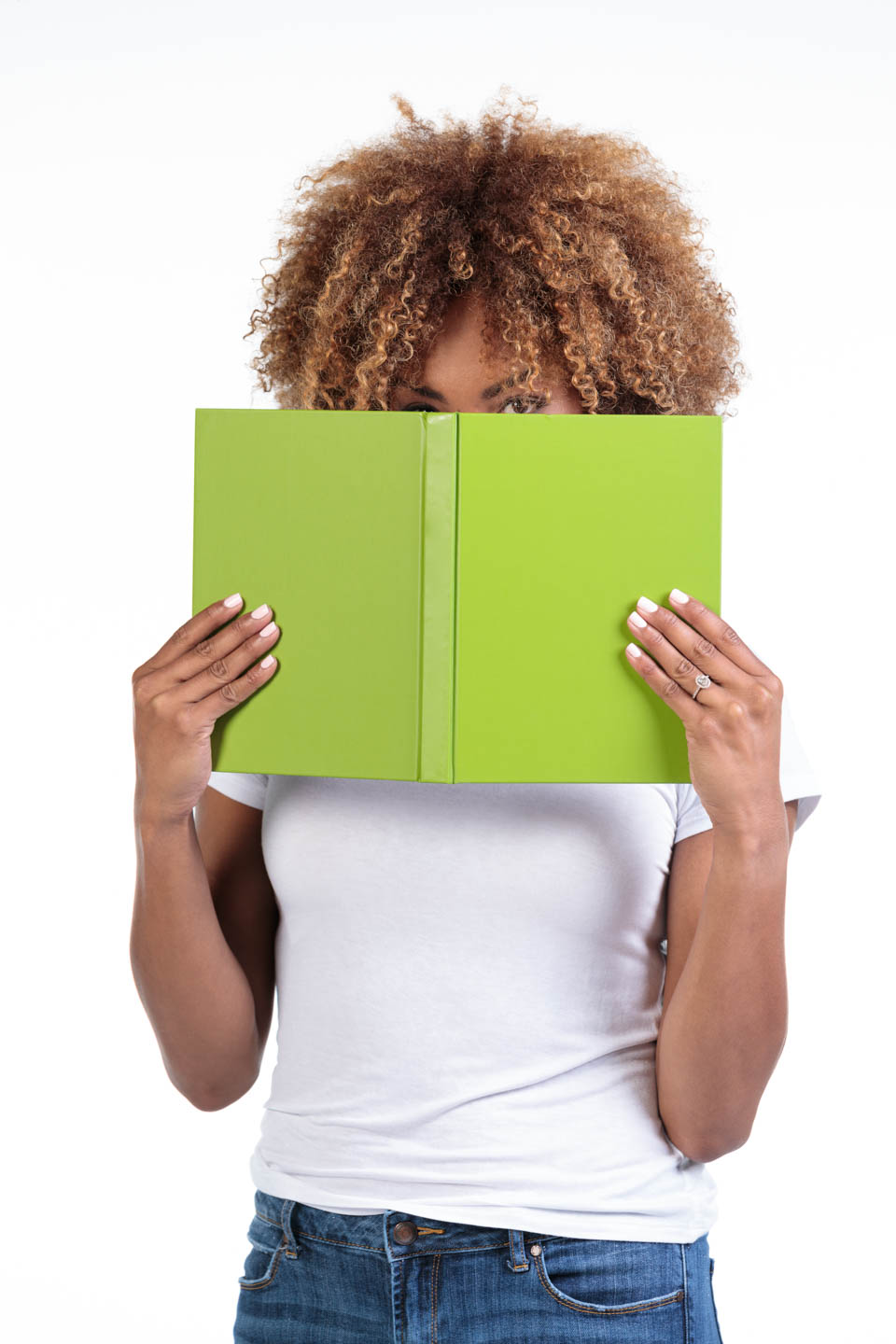 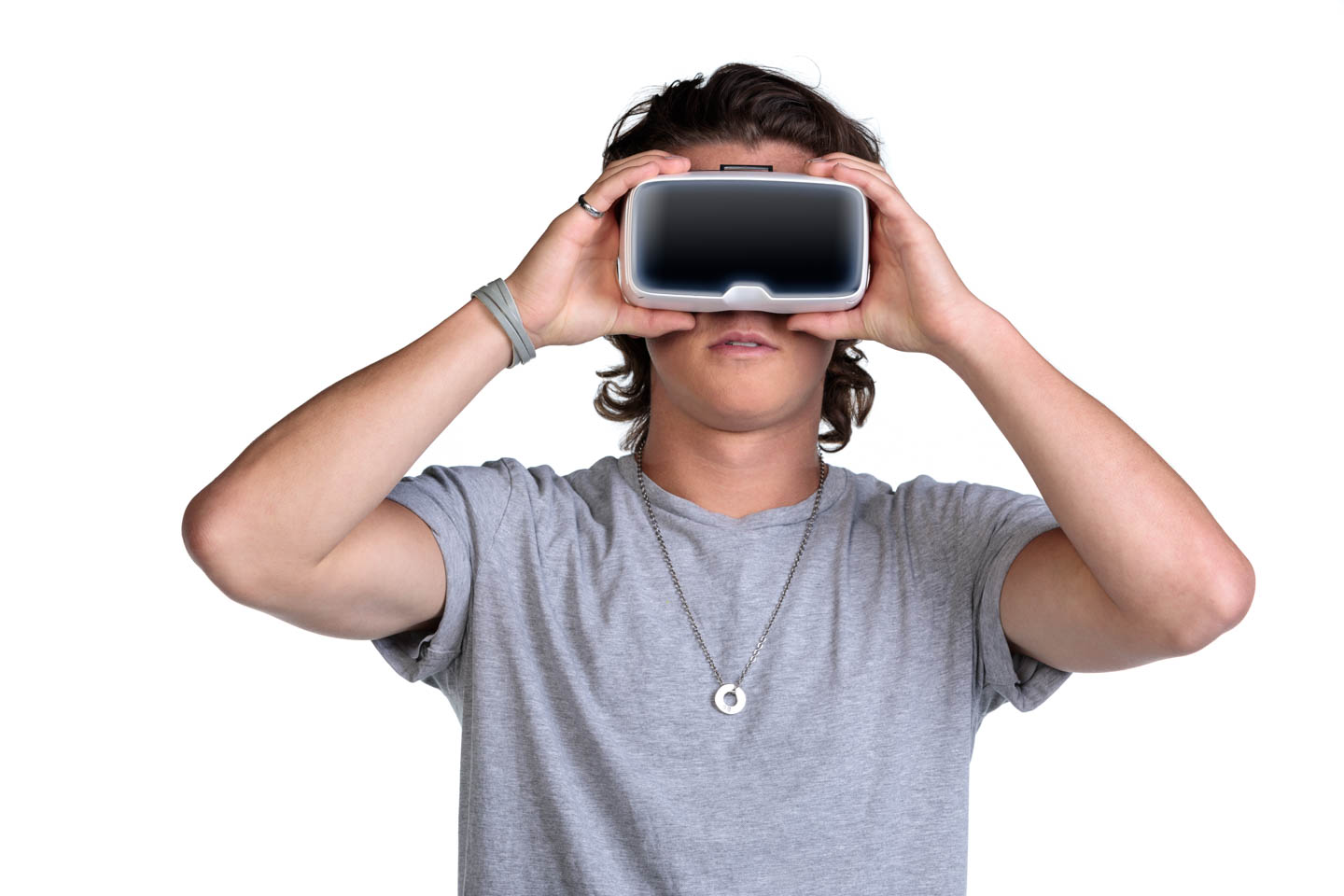 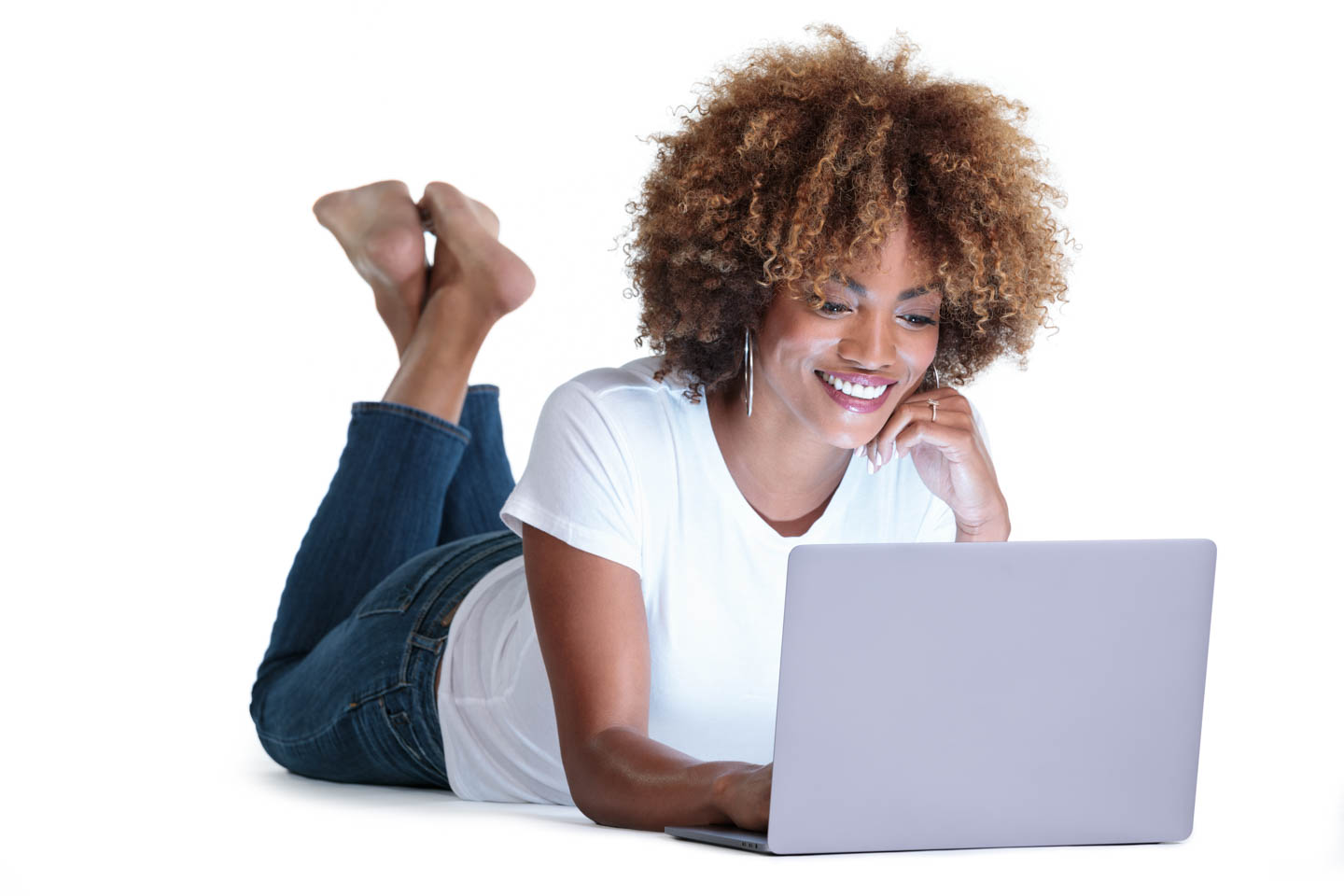 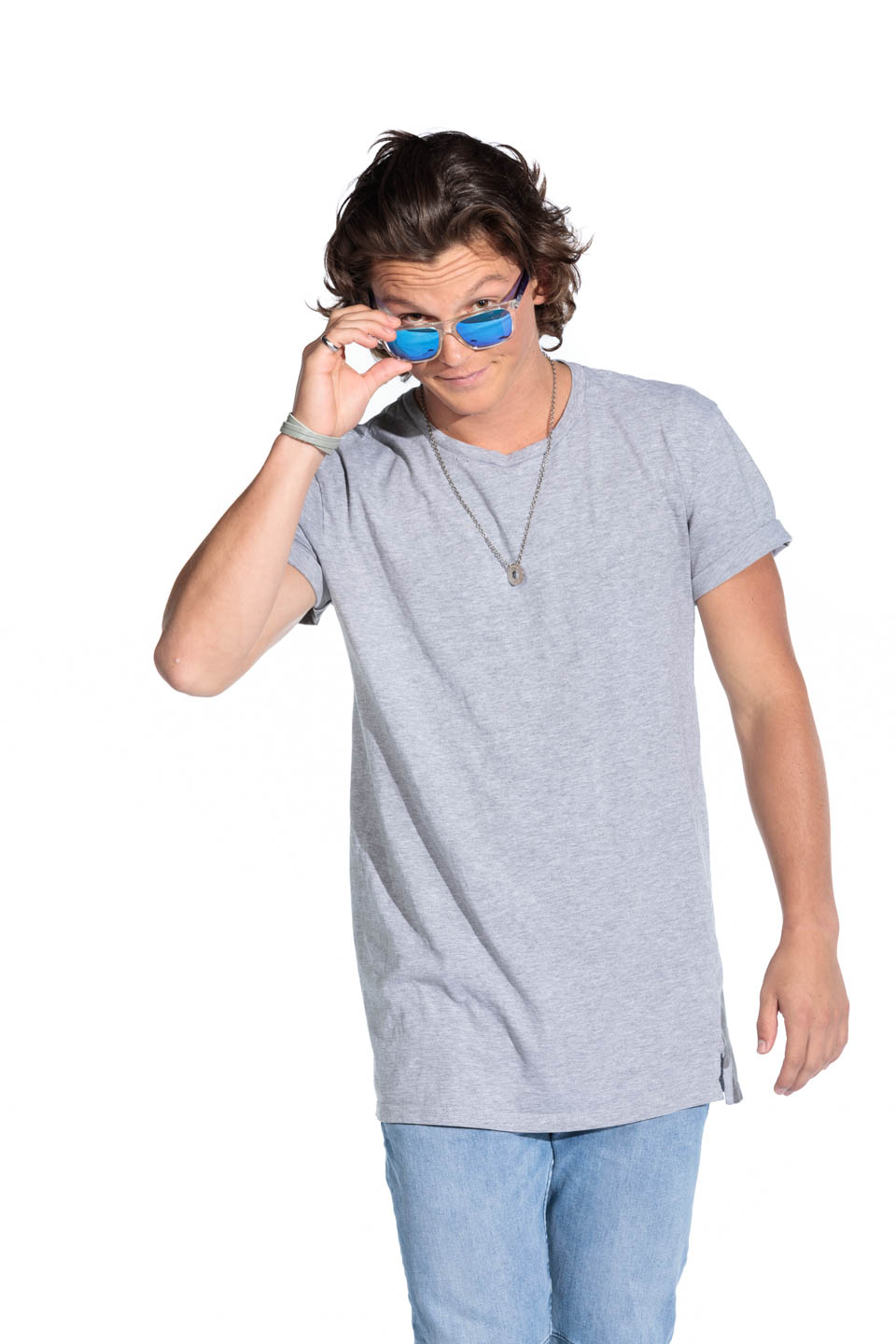 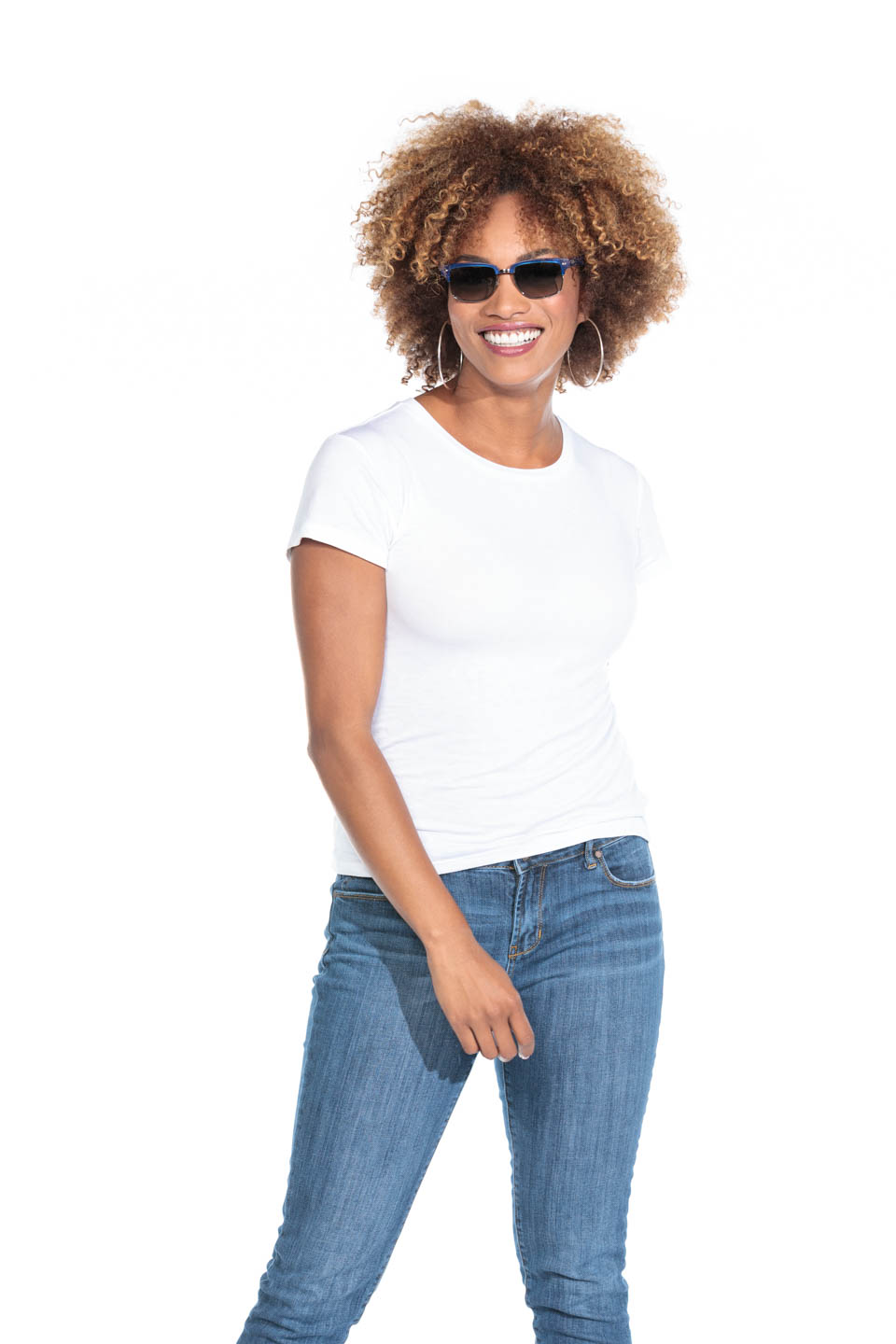 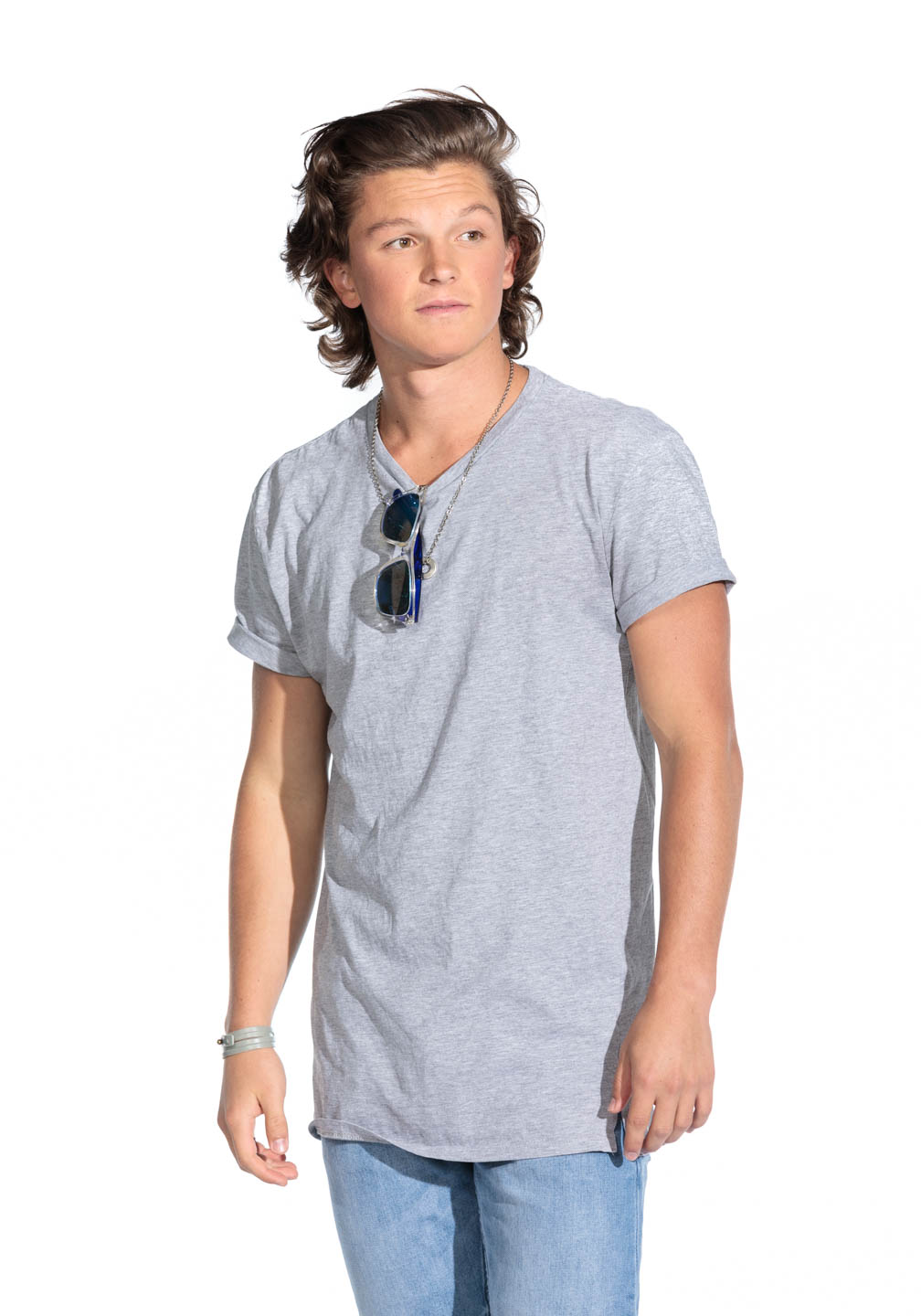 And the last image is a banner that I designed for one of the conventions. The banner was never used but it was a fun project. 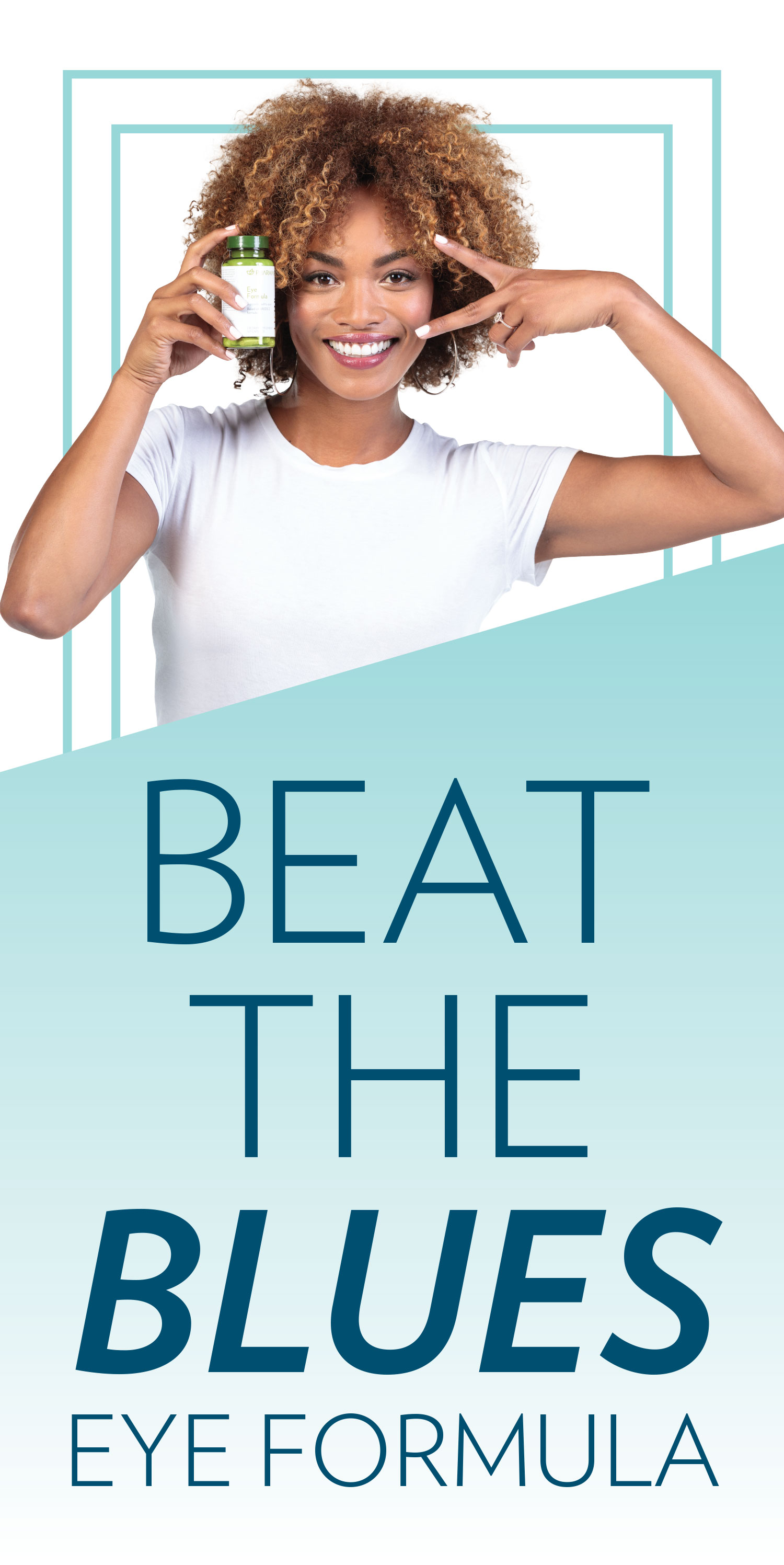