Top Posts
Burgers & Sandwiches at The Spoon in 2020
Photos from the Utah HRC Gala 2019 at...
Photographing Glossy Lip Models
How to Shoot Two Different Headshots Quickly and...
Headshots with Nathan in Downtown Salt Lake City
Photos from Force for Good Day 2019
Utah Pride 2019 Photos!
Wedding Photos at Market Street Grill with Tyson...
Sunday in the Park with George by the...
Summer Heritage Gardens Wedding with Sydney & Michael
Home Landscape Photo of the Day: Provo City Center Temple in Winter
Landscape

Photo of the Day: Provo City Center Temple in Winter

A common project by many photographers is to photograph the same scene in each of the four seasons. I’m sure someone in Los Angeles is complaining that they only have 2 seasons… warm and perfect. However, here in Utah we have 4 seasons… sometimes all on the same day!

My day job is next to the Provo City Center Temple and I have photographed the temple in autumn when the mountains were covered in autumn leaves. I was leaving work the other day and the sun was already set and the lights to the temple were just turning on which created an awesome scene with the winter snow covering the mountains. 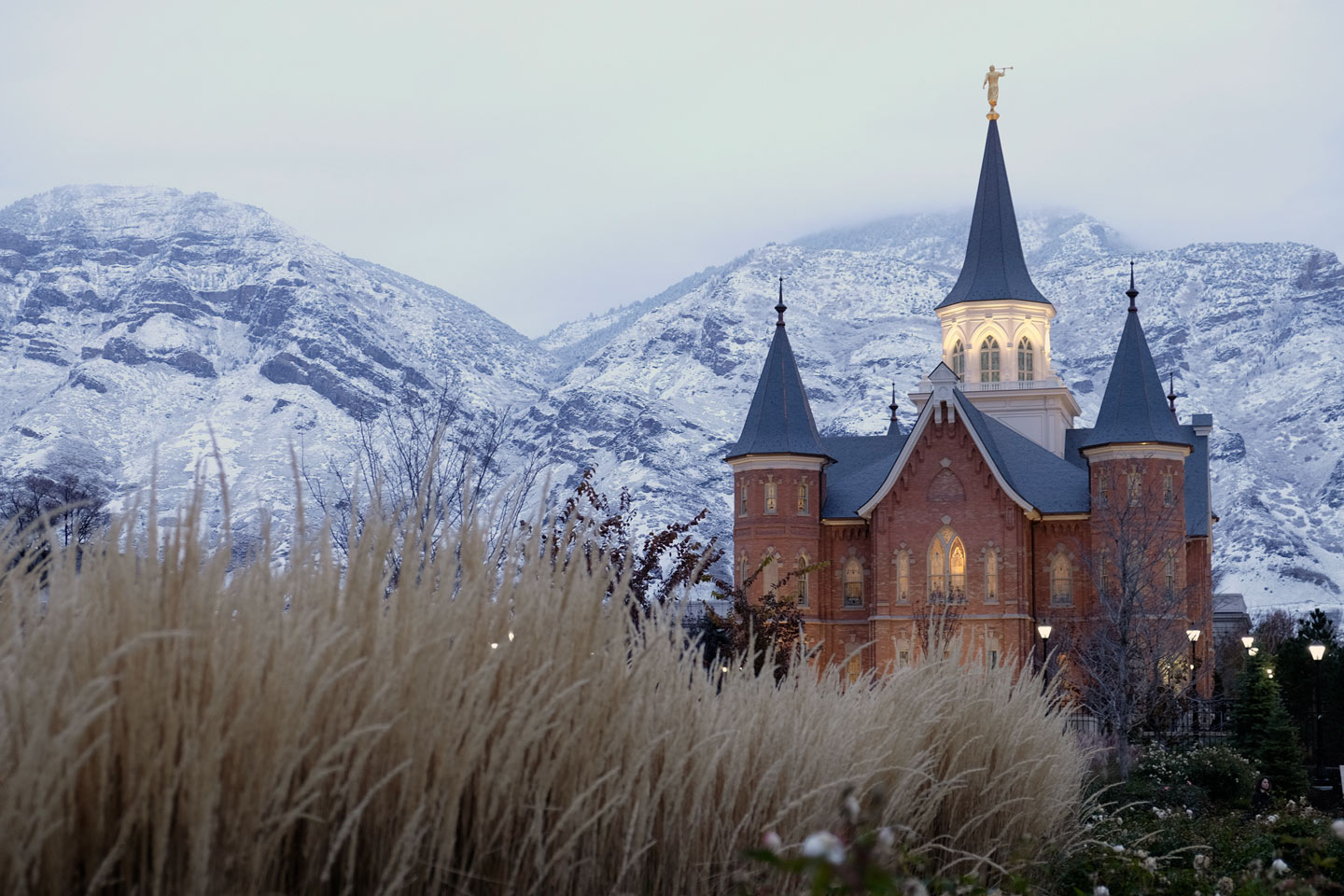 I’m sure I’ll photograph the temple in Spring and Summer in the new year. So keep your eye on my blog.

Red Party 2015 at the Moose Lounge in SLC