Every year it is a blast to photograph the Freedom Festival in Provo, Utah. They have a ton of events surrounding the celebration of the 4th of July and America’s Independence Day.

We typically start at 6am with the hot air balloons. There were 28 balloons that participated. They come from around the country. I stuck with my digital cameras for the most part. However, I brought my Diana+ film camera for some lo-fi film photography. Film, it’s the original Instagram! 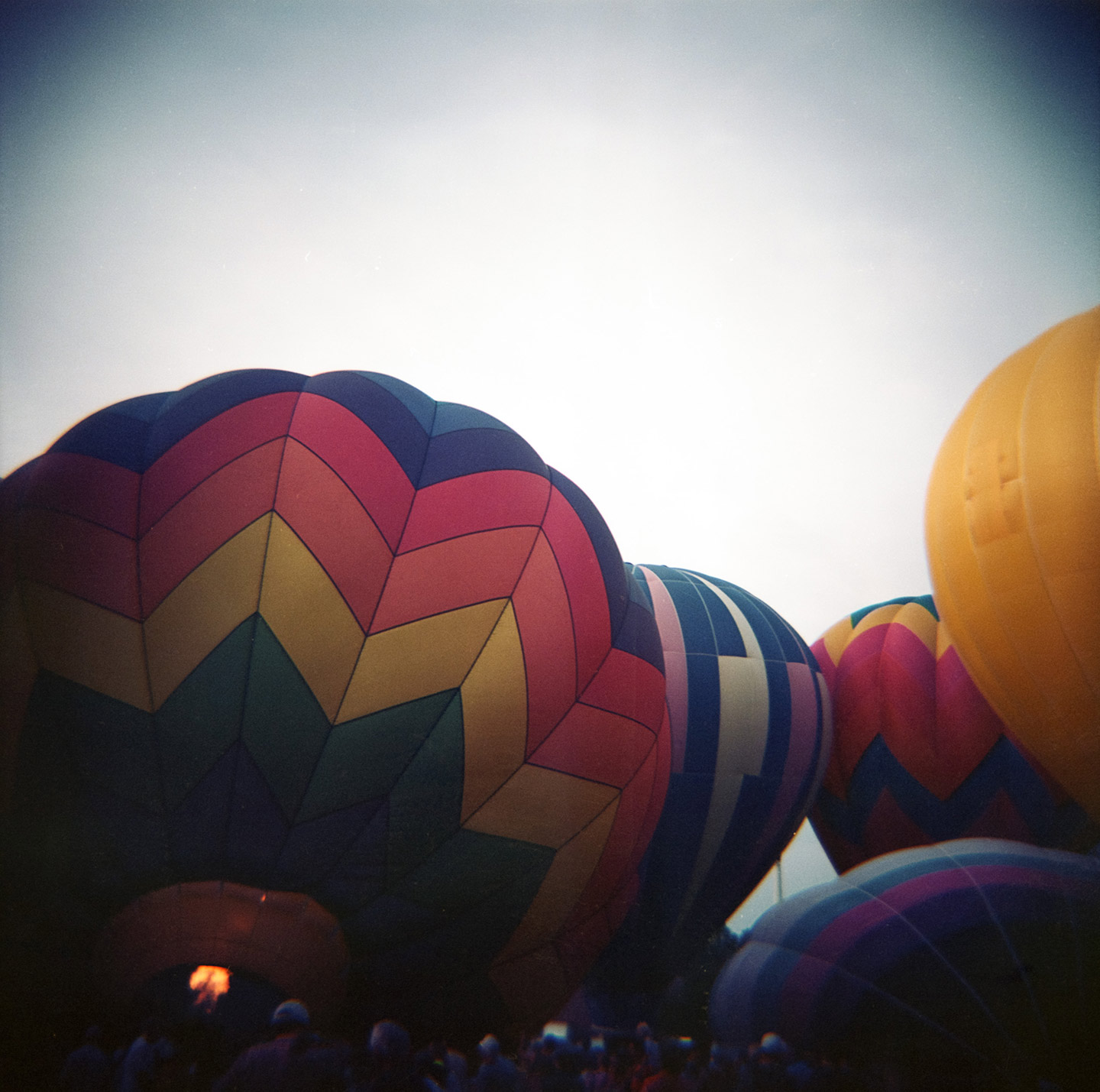 The Diana+ is heavily vignetted and takes some soft focus and low contrast photographs. I have one of the lenses that will work on my Canon cameras. They definitely create a unique look that screams 1960s and 1970s photography. I used Kodak Ektar for all of these images. I have another roll of film that I will get back from the lab, that will be Velvia. 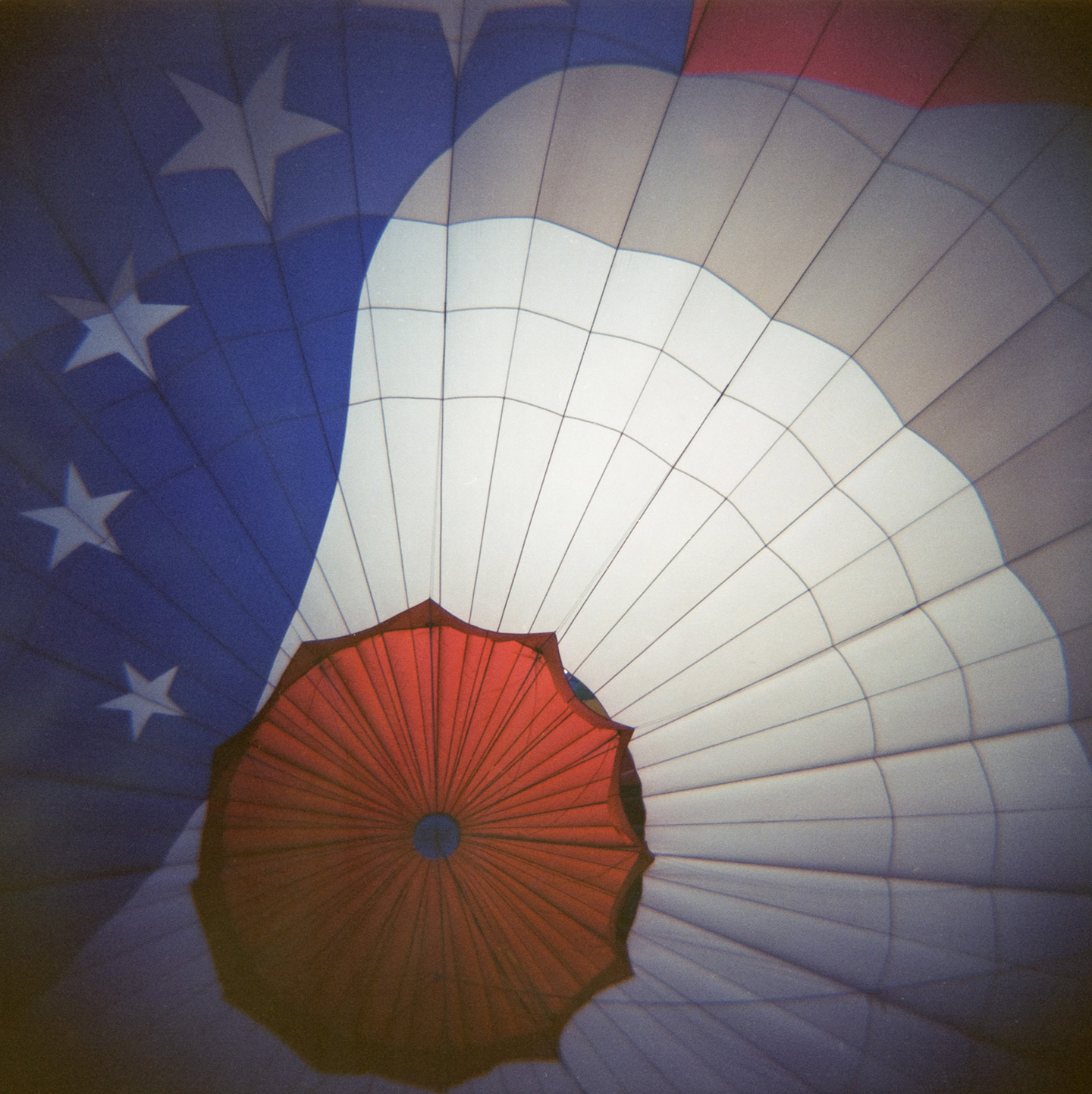 Inside the Stars and Stripes hot air balloon

After the balloon festival we then have the Freedom Festival Parade. There is the pre-parade and then the official parade. My guess is the pre-parade is for people too cheap to pay any entrance fees. We see some aerial acrobatics of BMX cyclists on ramps, people dressed as Iron Man, other small businesses getting their name out there.

And then the real parade starts with folks dressed up as Revolutionary War soldiers carrying the American Flags. Shooting this camera means I don’t know what I will get on film. It is almost like gambling. 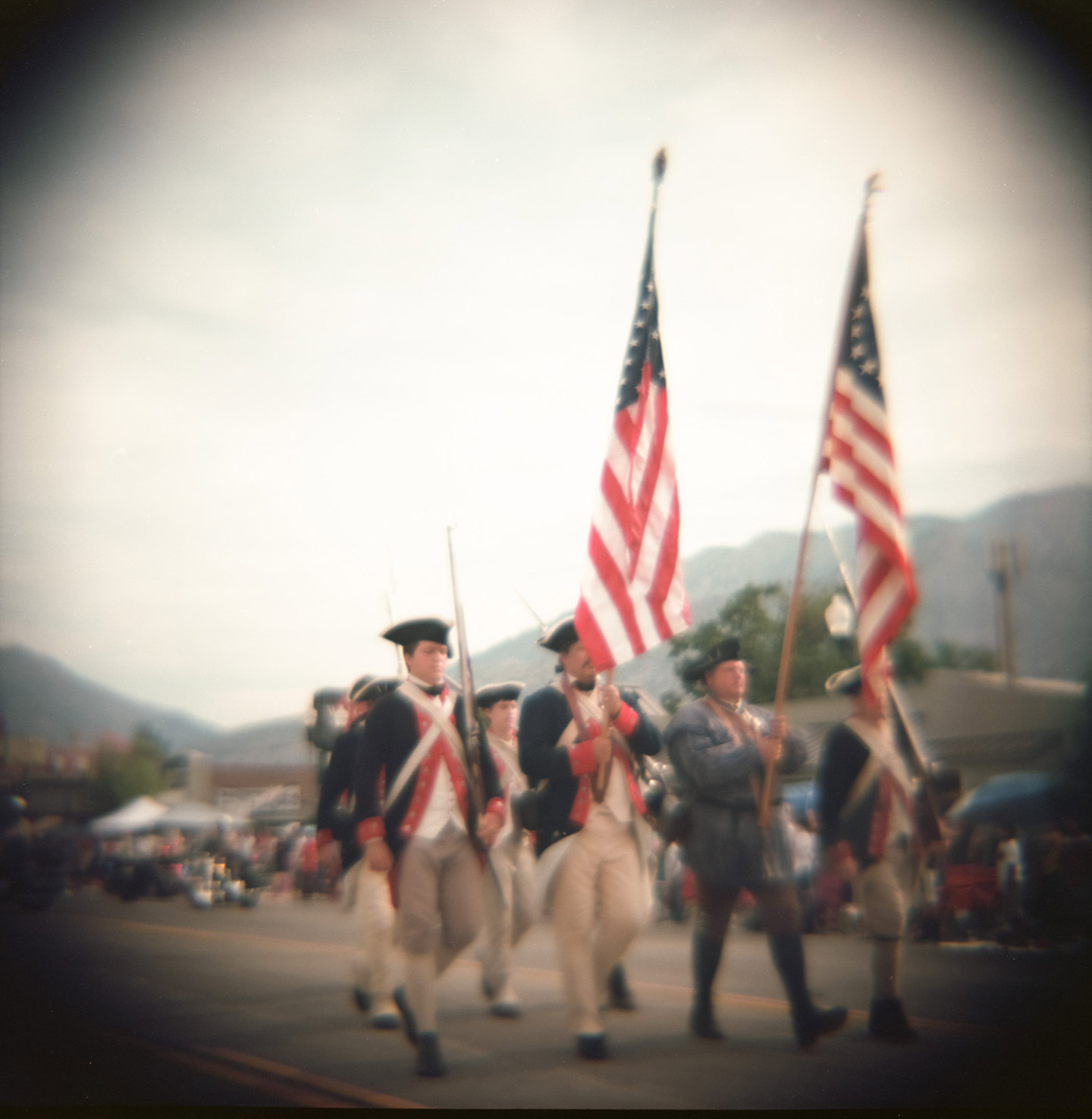 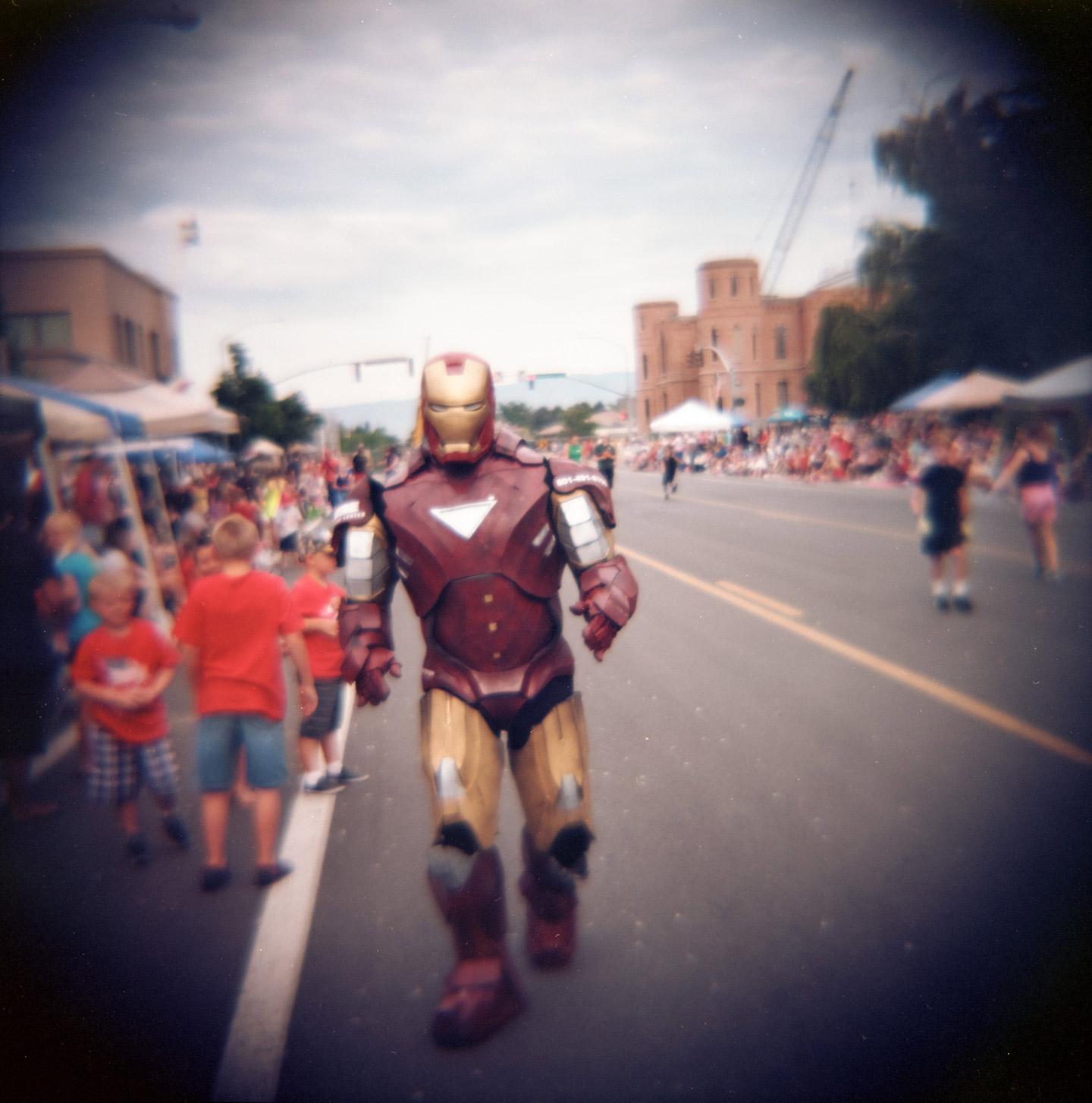 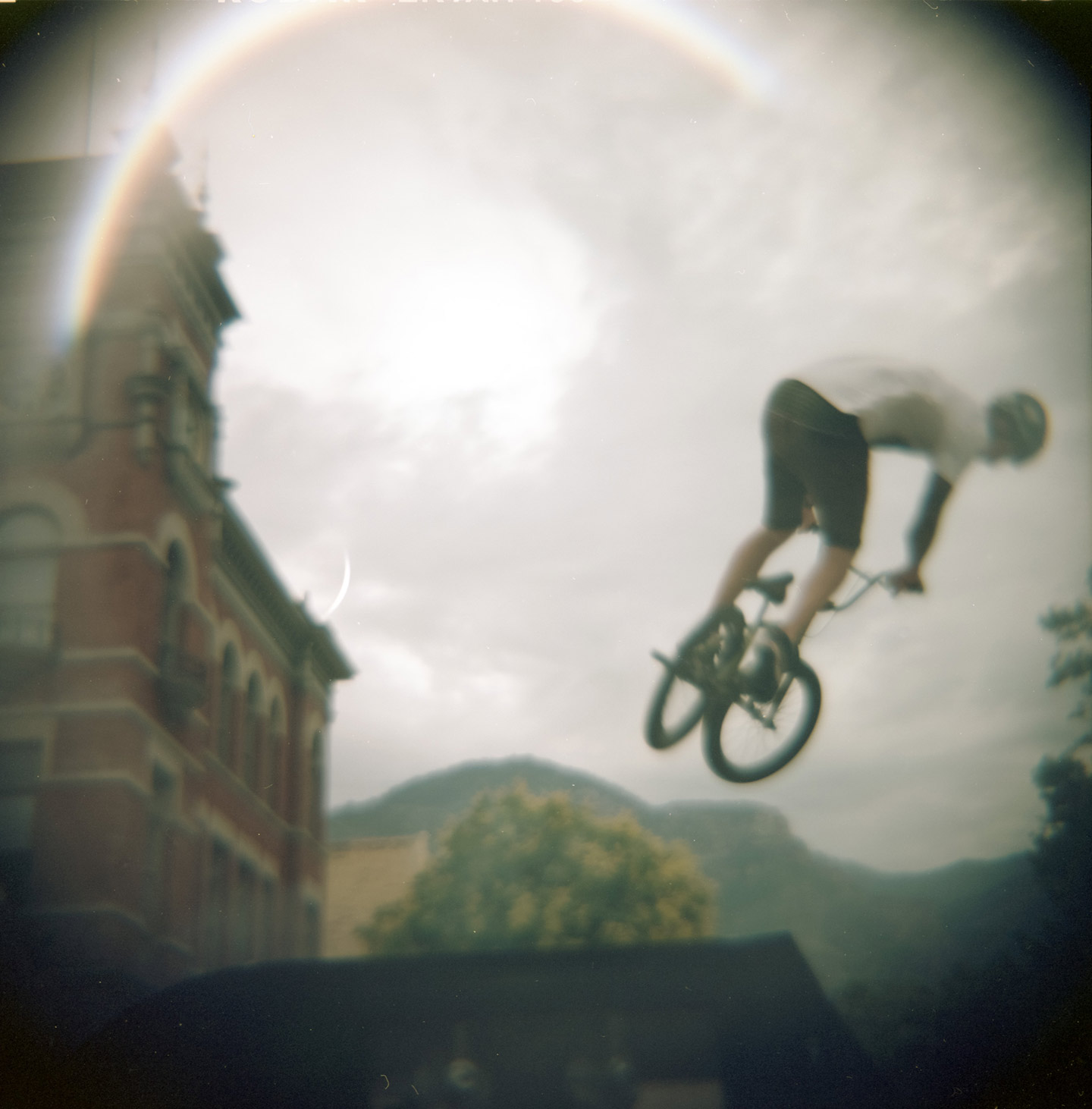 A cyclist performs some BMX stunts in the parade A marching band is caught on my Diana+ camera

And I did take some real Instagram photos. And I might be the only person who cares that I created fun photos on film. Why film? It is fun, retro and gives a unique look! 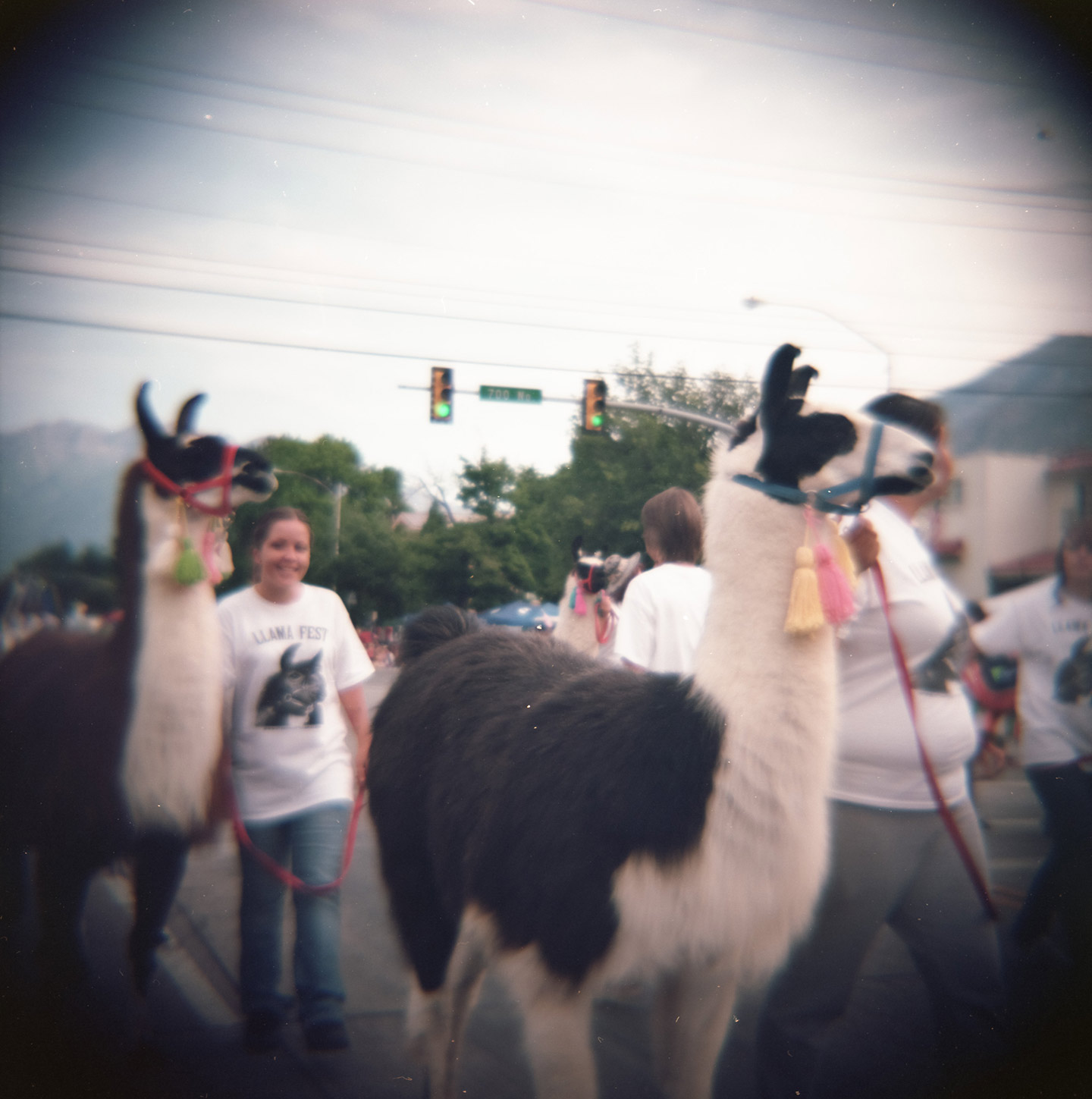 Llamas walk in the Freedom Festival Parade in Provo 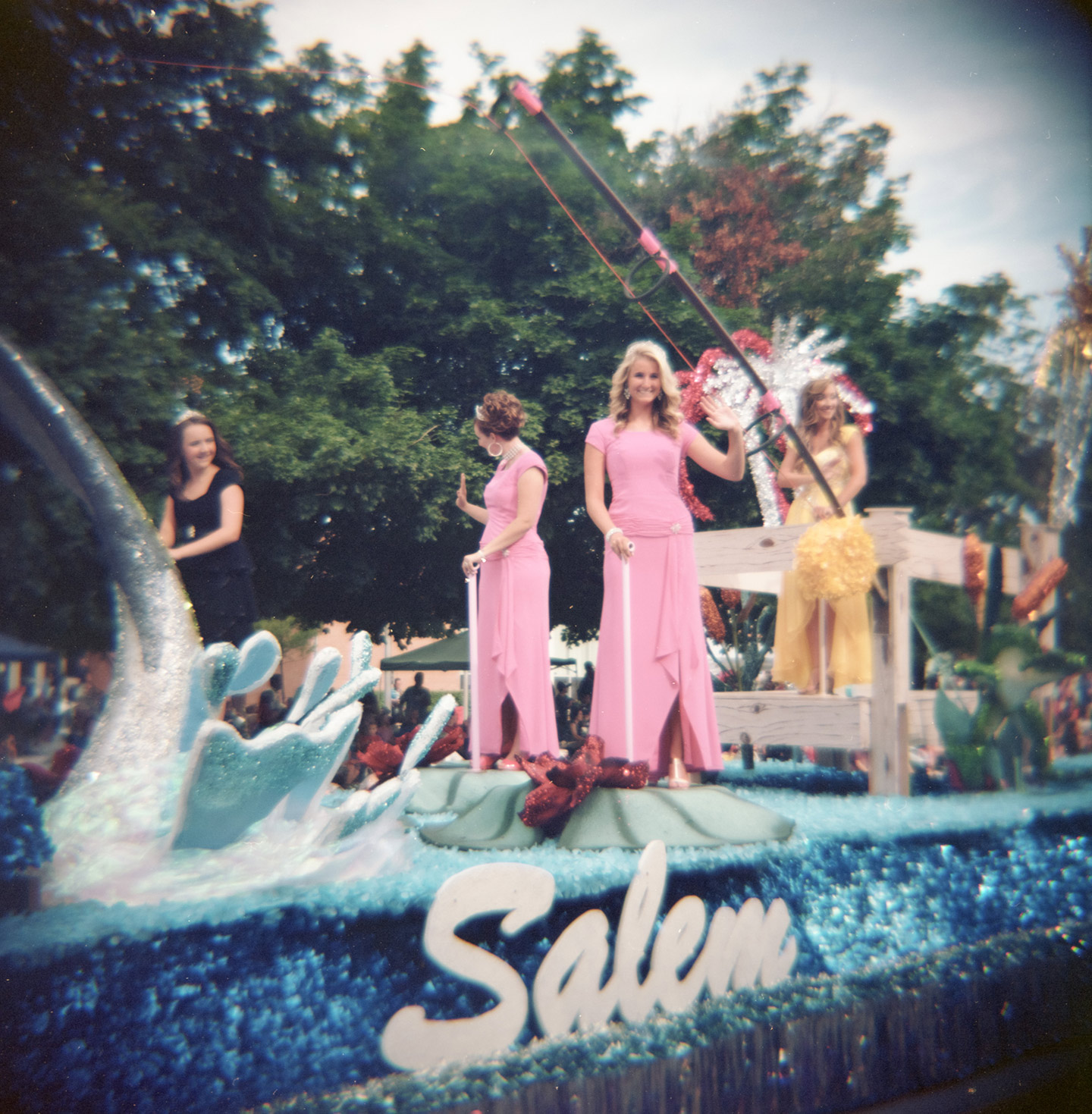 Beauty contestants from Salem Utah ride their float in the parade

Creating Cool Images, Even with a Pocket Camera

World Peace Comes to the Animal Kingdom, Smudge and Skip Get Along