Top Posts
A Surprising Location for a Portrait
Leasey Family Portraits in Studio
A Before & After from Photoshop Retouching
An Orem Wedding in the Time of COVID-19
Maya’s Fashion Portraits on the Bonneville Salt Flats
Dave & Doug’s Family Photo Shoot in Big...
Children Photo Shoot in Big Springs Park in...
Autumn Portrait Season is Around the Corner
Time is Running Out to See the NEOWISE...
Senior Portraits with Maren on Provo’s Center Street
Home Personal Projects300 Photoshop Composites May the Fourth Be With You 2017
300 Photoshop Composites

There are holidays and then there are silly holiday… this one could be considered silly. May 4th has been known as Star Wars Day. Hooray for May the Fourth be with you! It should be a national holiday. However, we don’t get the day off but I had fun with Photoshop. So I thought it would be fun to create a photograph of a tie fighter parked outside of my day job.

It is really easy when the lighting for the subject is the exact same lighting as the background! I shot the tie fighter with a macro lens on the ground and then the background immediately afterwards. The shadows line up perfectly and the conditions were exact for all the elements. I painted in some reflections on the giant logo so the tie fighter is reflecting off the shiny surface of the logo. 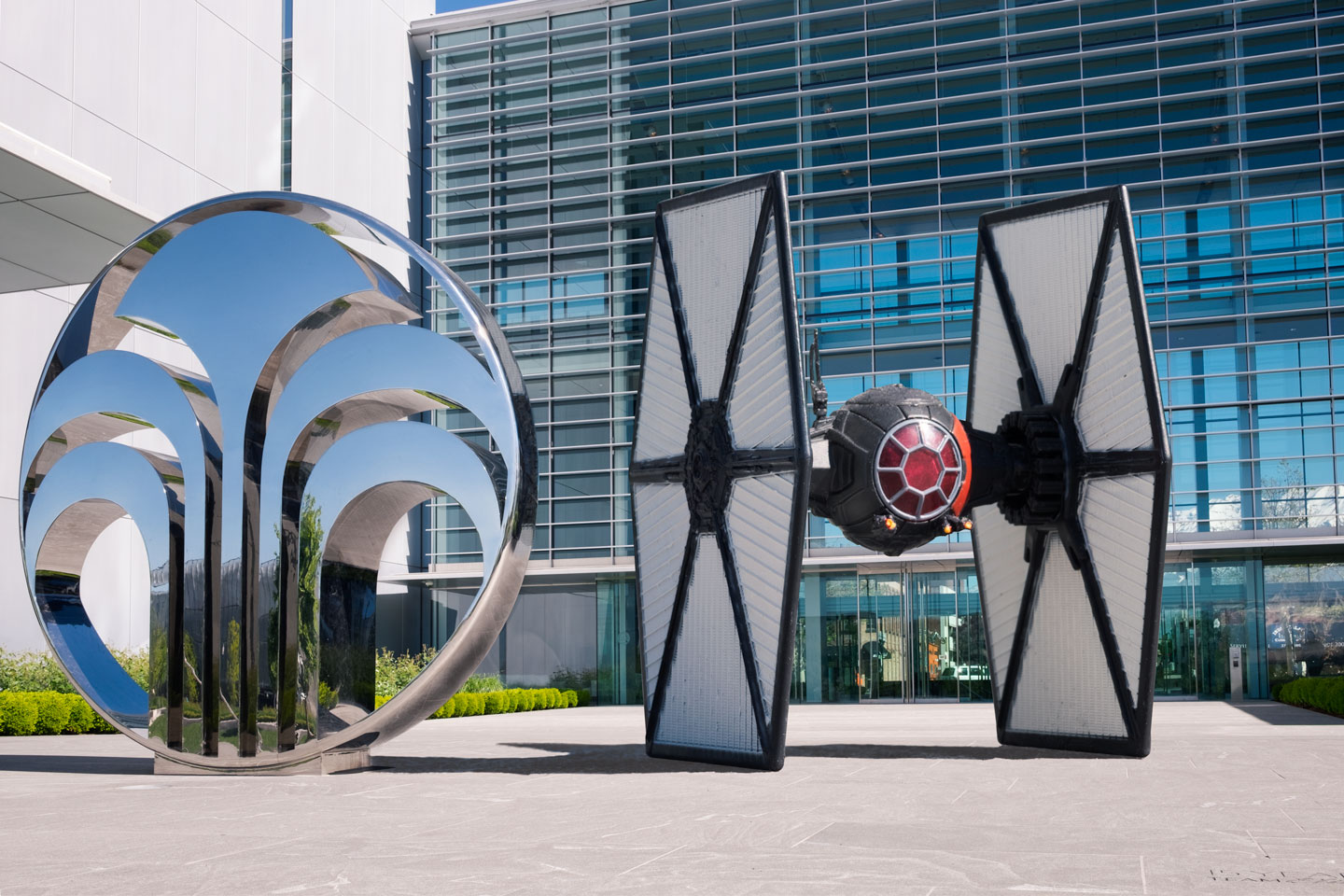 A Tie Fighter parked outside the day job

Here are the “before” elements. We have the background with the company’s huge logo. And then I had two Star Wars toys on hand for this Photoshop fun. And I think a number of people were actually fooled! A friend in L.A. asked if it was real or photoshop!

Product Photography for POWERLips Fluid It’s Not a Lipstick