Longing for Disneyland, Hooray for Photoshop!

It’s been a few years since I last visited Disneyland. It was a ton of fun and we spent about 4 days bouncing between Disneyland and Disney’s California Adventure. The downside of being the family’s official photographer is I don’t get the greatest photographs of me at the park. Rarely does someone photograph me like I would like to be photographed.

And I don’t think Disney would want people to bring their studio lighting into the park and setting up a photo shoot in their park. At least not without permission. Fortunately, with Photoshop I can add myself, family, or friends into photographs.

The first photograph is my friend Julio, photographed in studio, added to Main Street in Disneyland. The nice thing of faking it in Photoshop is lighting the person with a quality softbox sot the subject looks their best. 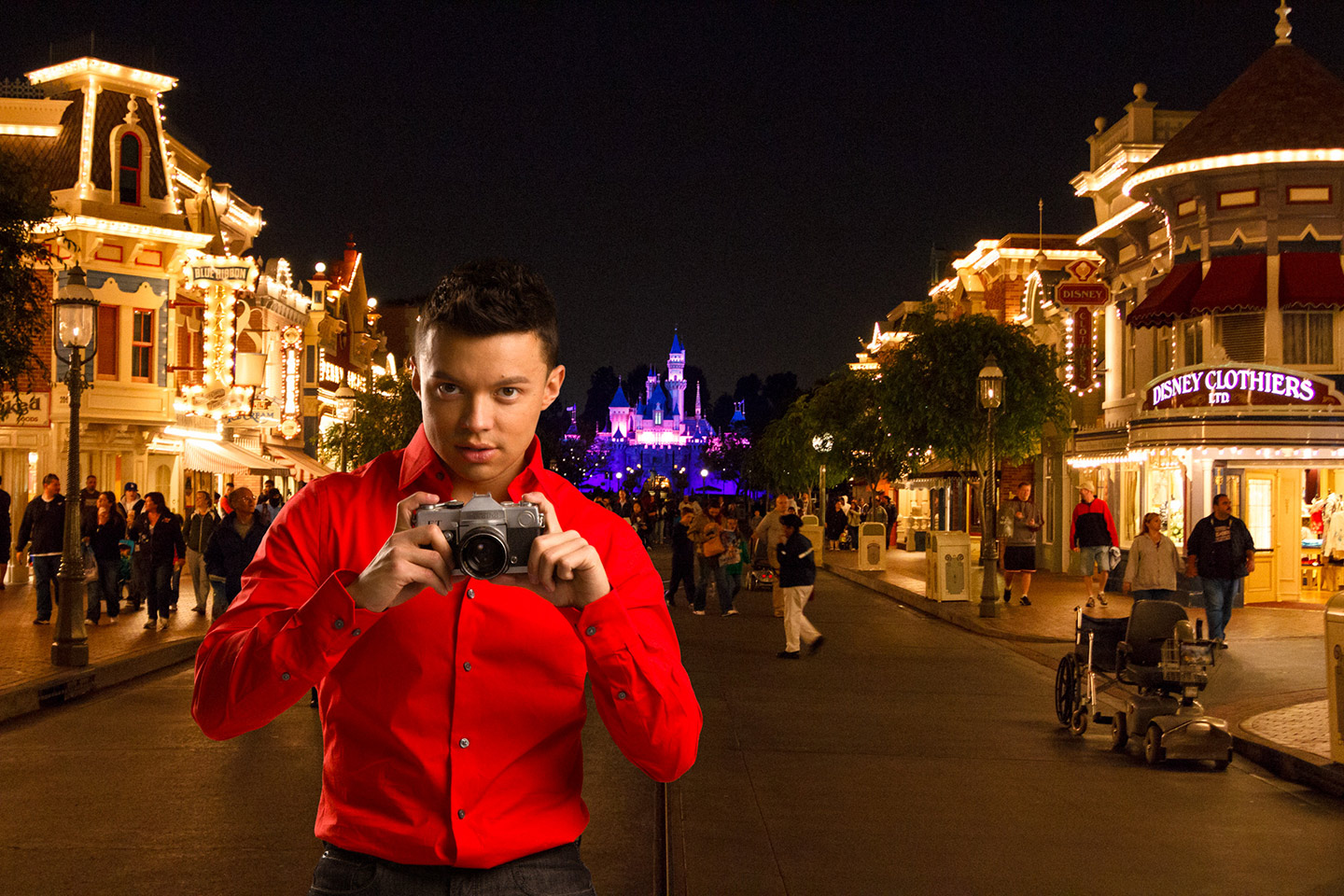 The next photo is me! I had photographed my whole family one at a time or in groups at this location but didn’t get a great photo of me. The photograph of me was actually in downtown Salt Lake City while the camera was on a tripod. So this is technically a selfie. But now I have a photo of me at Disneyland that I can print large for my wall at home. Maybe I can make a copy for my folks. 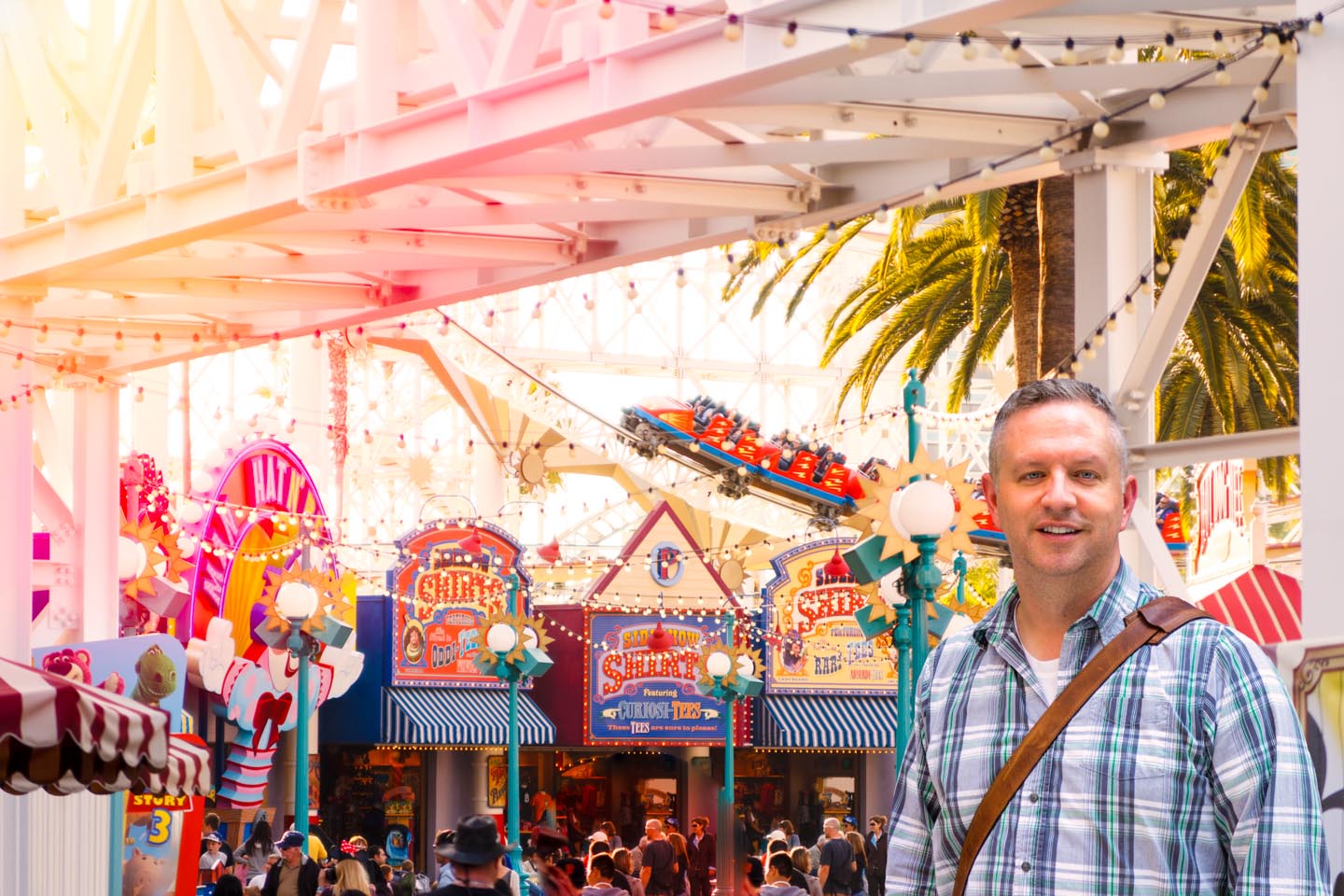 The next step is losing a little more weight and getting more photographs of me wearing a variety of shirts so I can composite myself in to more travel photos. I have a shocking lack of photos that I would want to use for my composites.

These kind of composites are also a reason I carry my camera with me all over the place. Who knows if I would be able to get a photo at an amusement park, mall, or other location that frowns on portrait sessions, but are fine with tourists creating a memory.

If anyone wants to hire me to photograph their family vacation, call me!