When we first talked about family portraits for the Lauritzen clan the thought was to go to the Bonneville Salt Flats, it is a cool location. However, they decided the 90 miles to drive would be a bit far for the 2 little kids. So we focused our location in Salt Lake City and South Jordan. We did the whole family first at a park and near the Jordan river. It was late October so there was autumn leaves and colors around. Kids don’t last too long for photo shoots. Depending on how old they are and if you use shock collars you might have their attention for 30 minutes max, lol. In this case we did the formal photographs and then I would photograph the family having fun at the swings and throwing rocks into the river. The family moments tell more of a story than just posing for the camera. 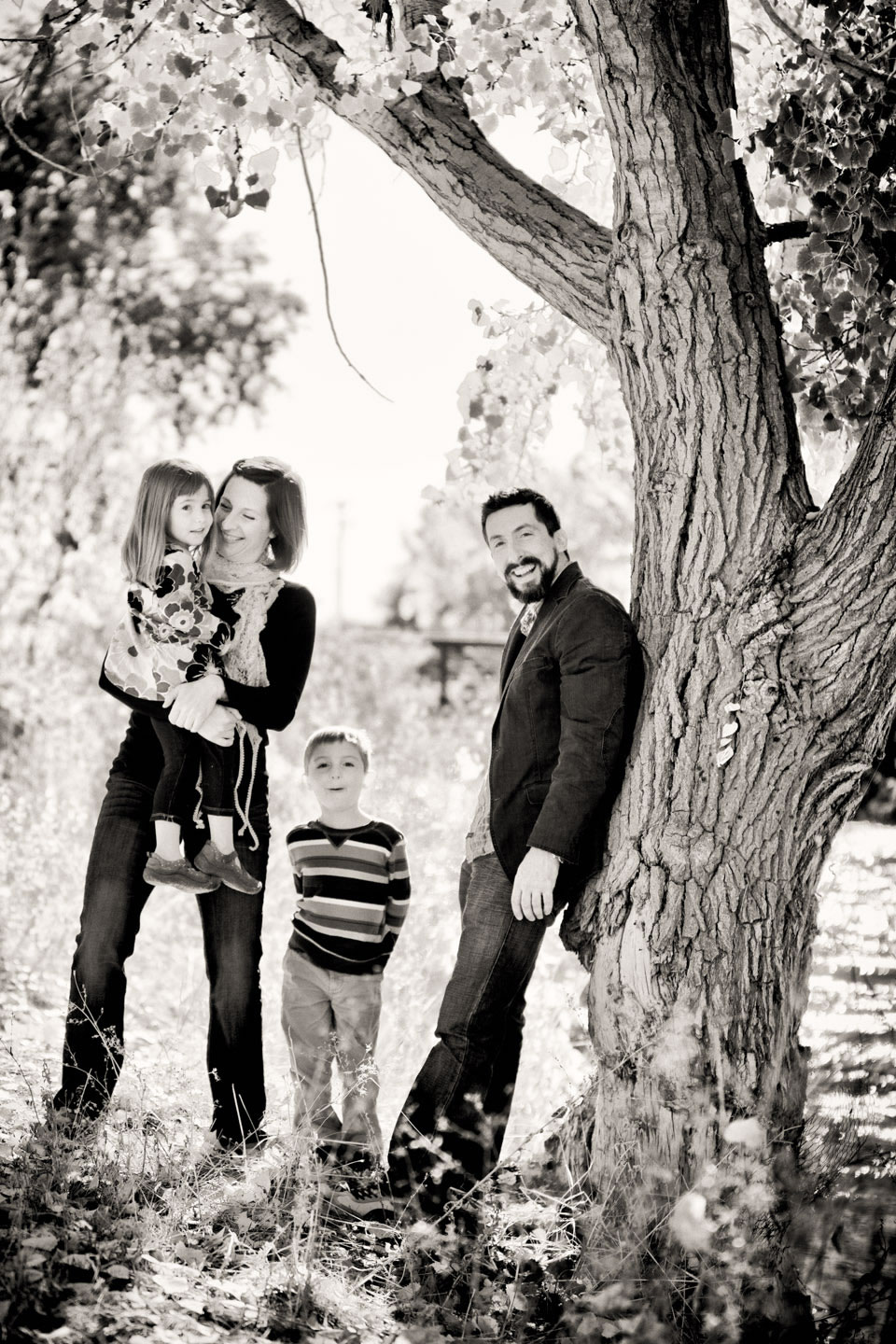 Finding an activity is a great way to create a photo shoot. I highly recommend it. It could be a photo shoot where the family makes cookies together, go hiking together, or bike riding. Consider that for your next family photo shoot. 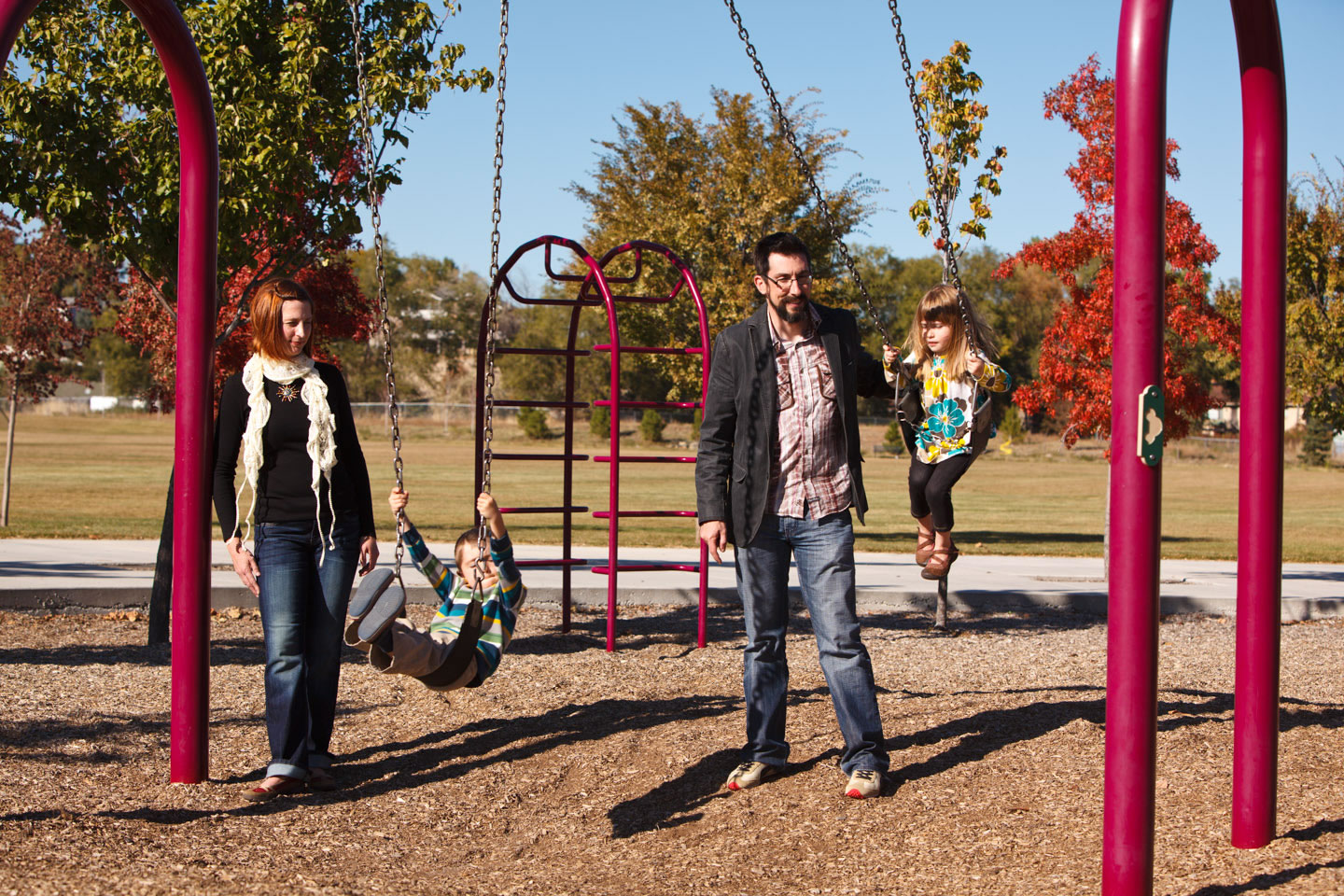 Family plays on the swings at the park 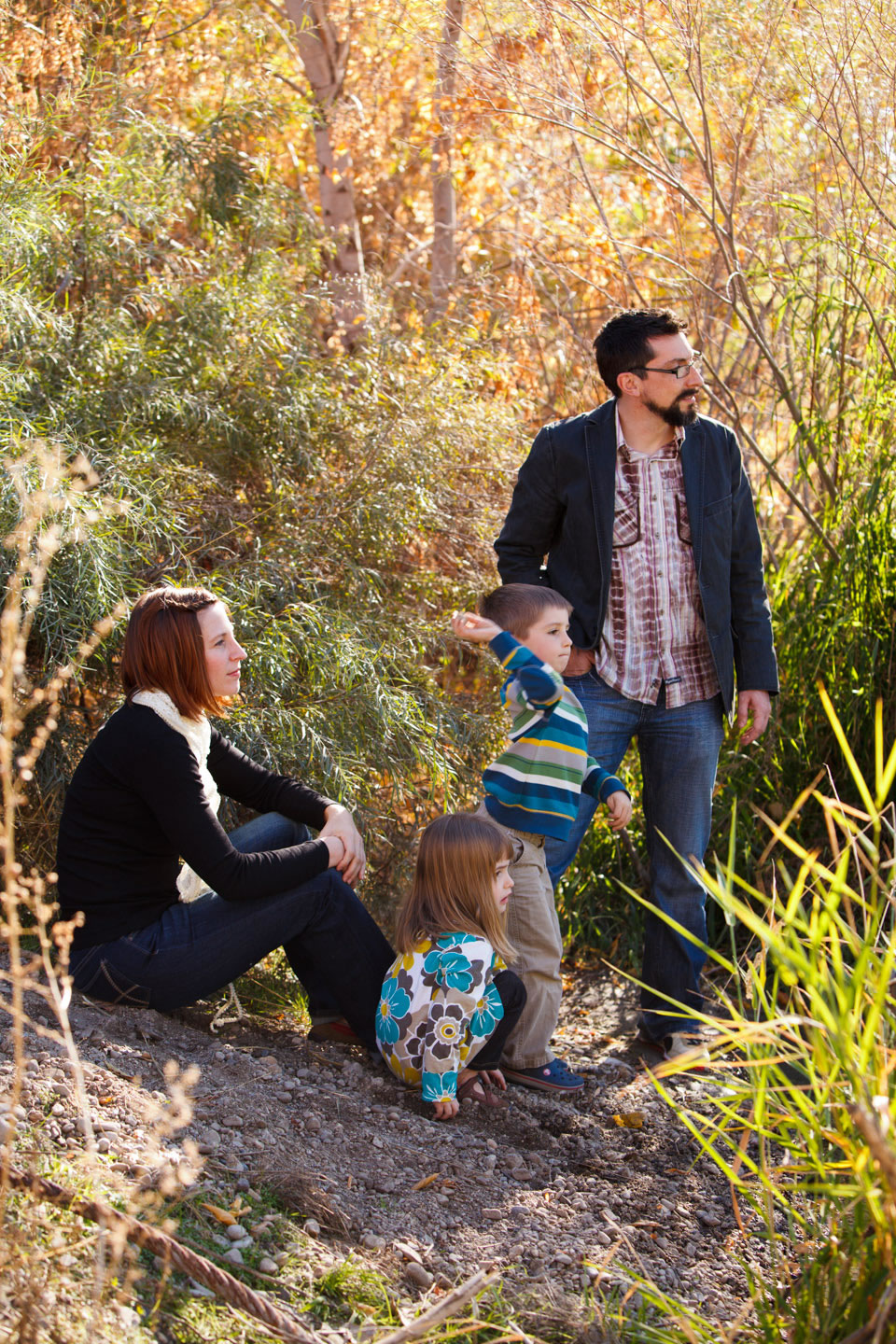 Family throwing rocks into the river 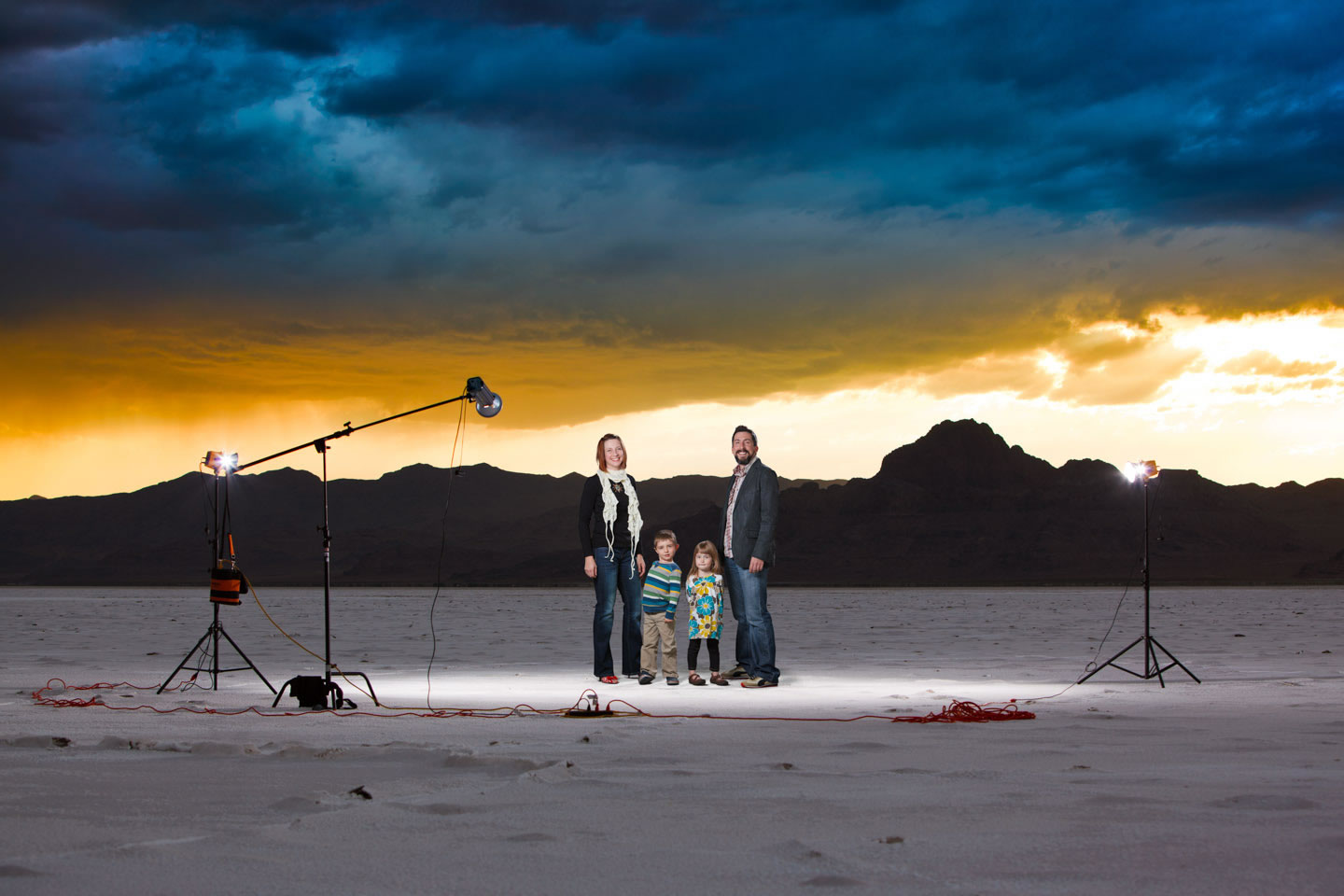 We then dropped the kids off at their grandma’s home and we spent a few hours photographing Anne & Aaron. We went to Floral Street in Salt Lake City. The area since that shoot has been demolished and is under construction. It was a very cool location. Very run down and ghetto-ish. This location had a water tower, some graffiti, broken brick, and so much texture it was great for a photo shoot. 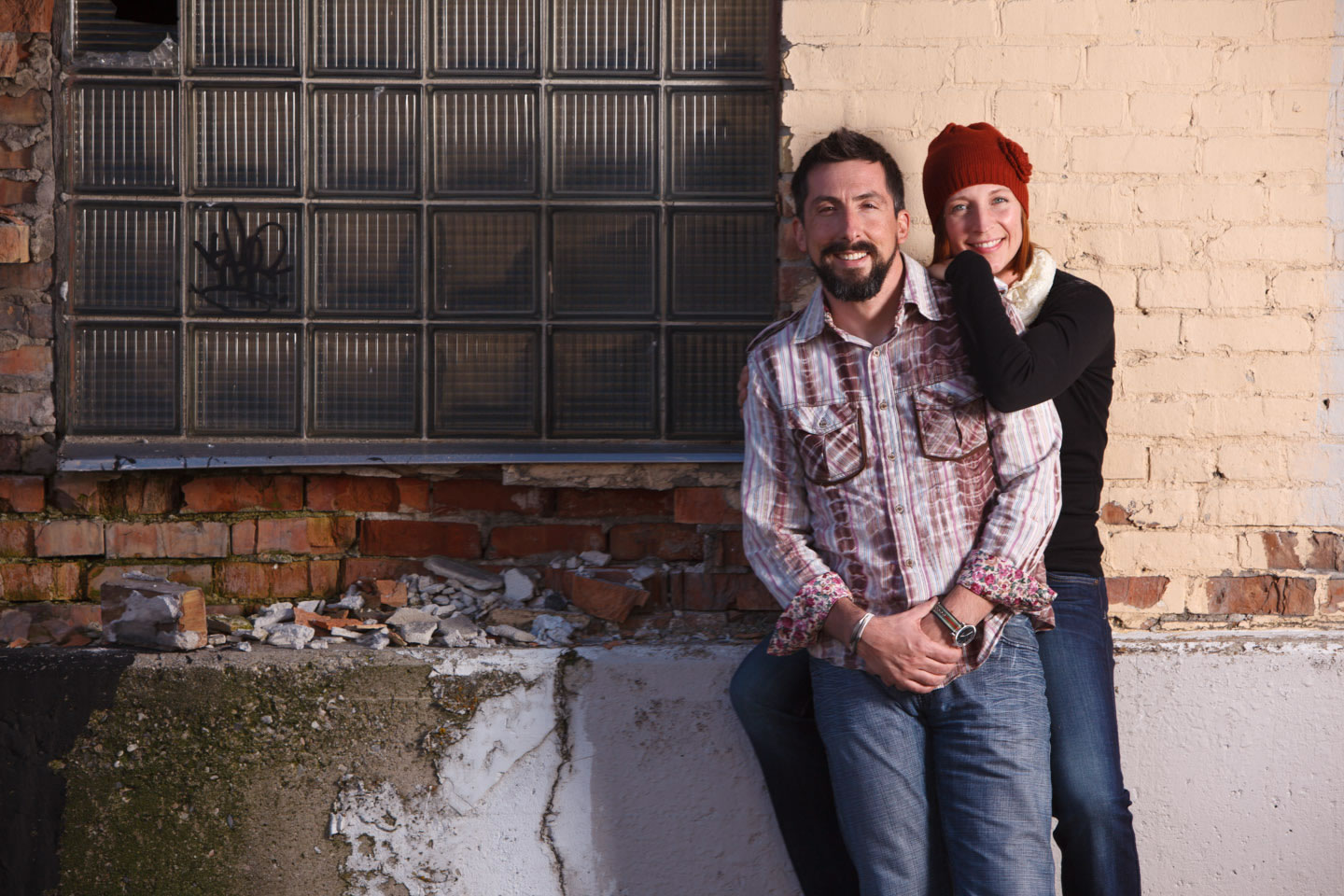 This location is now under construction, they ripped this out after our photo shoot 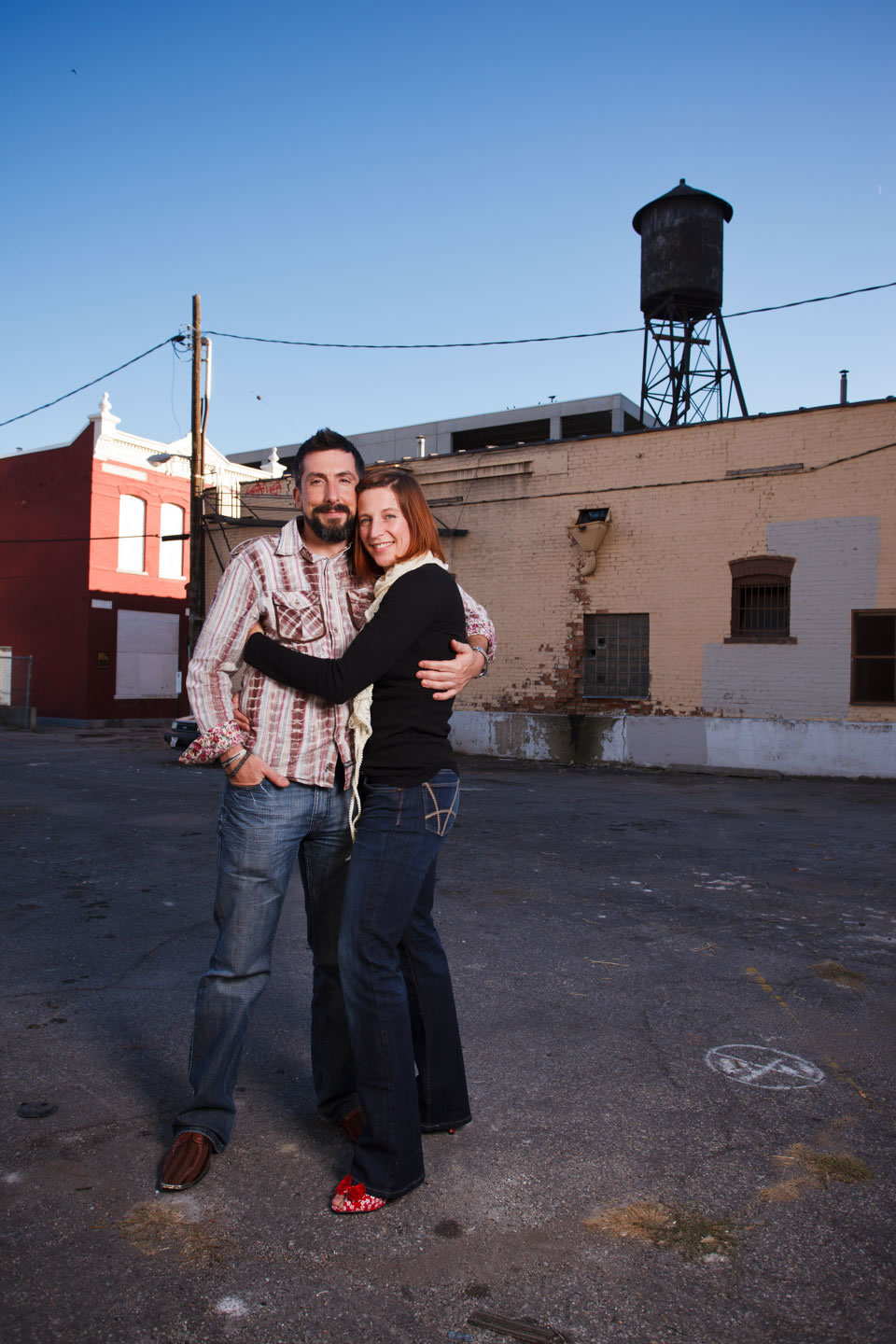 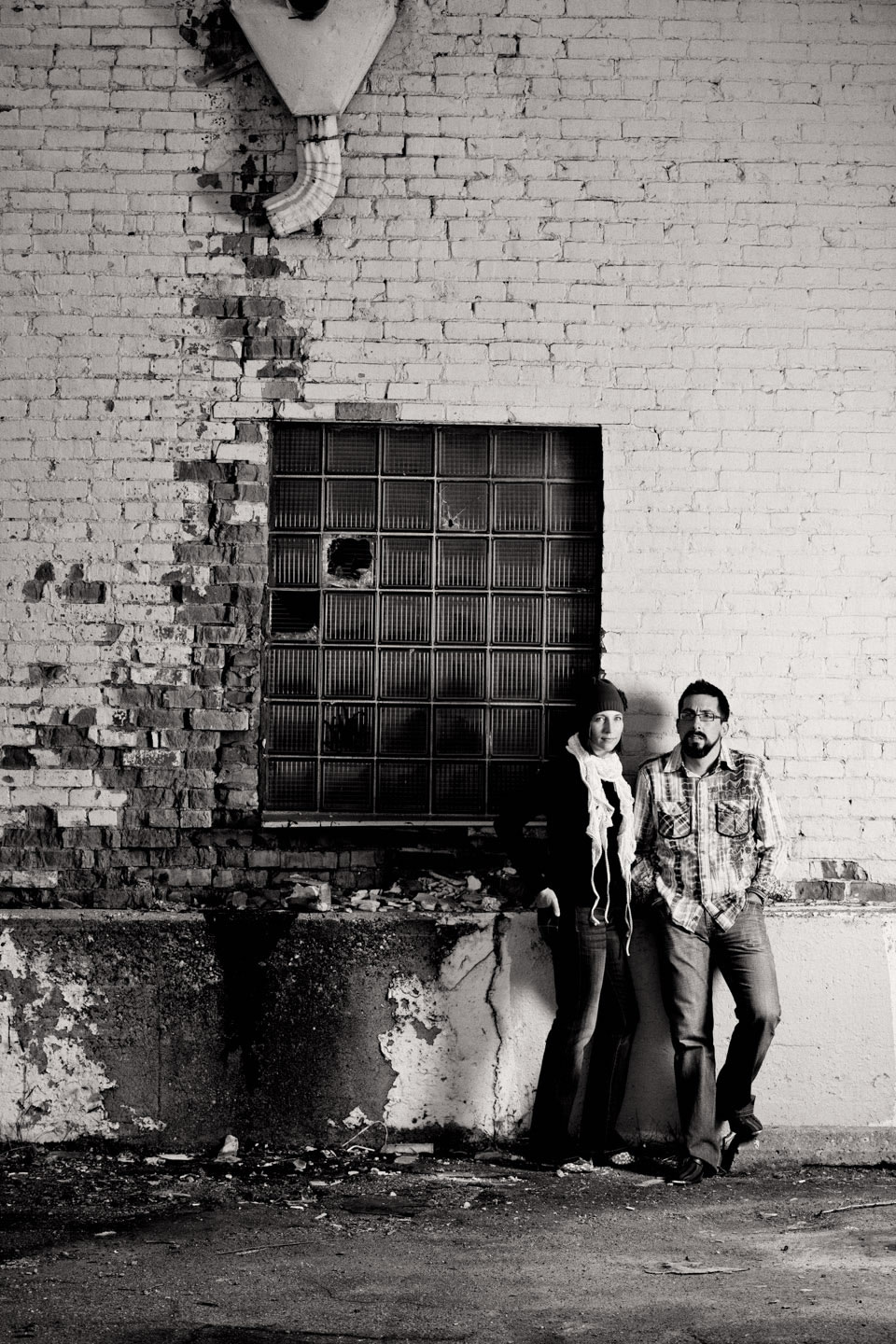 Creating some moody lighting for the downtown portraits

There was this abandoned car… we didn’t touch the car but we decided to simulate them destroying the car. This series of photographs was a lot of fun. Gotta love a creative streak and a couple will to be wild and fun with some ideas. 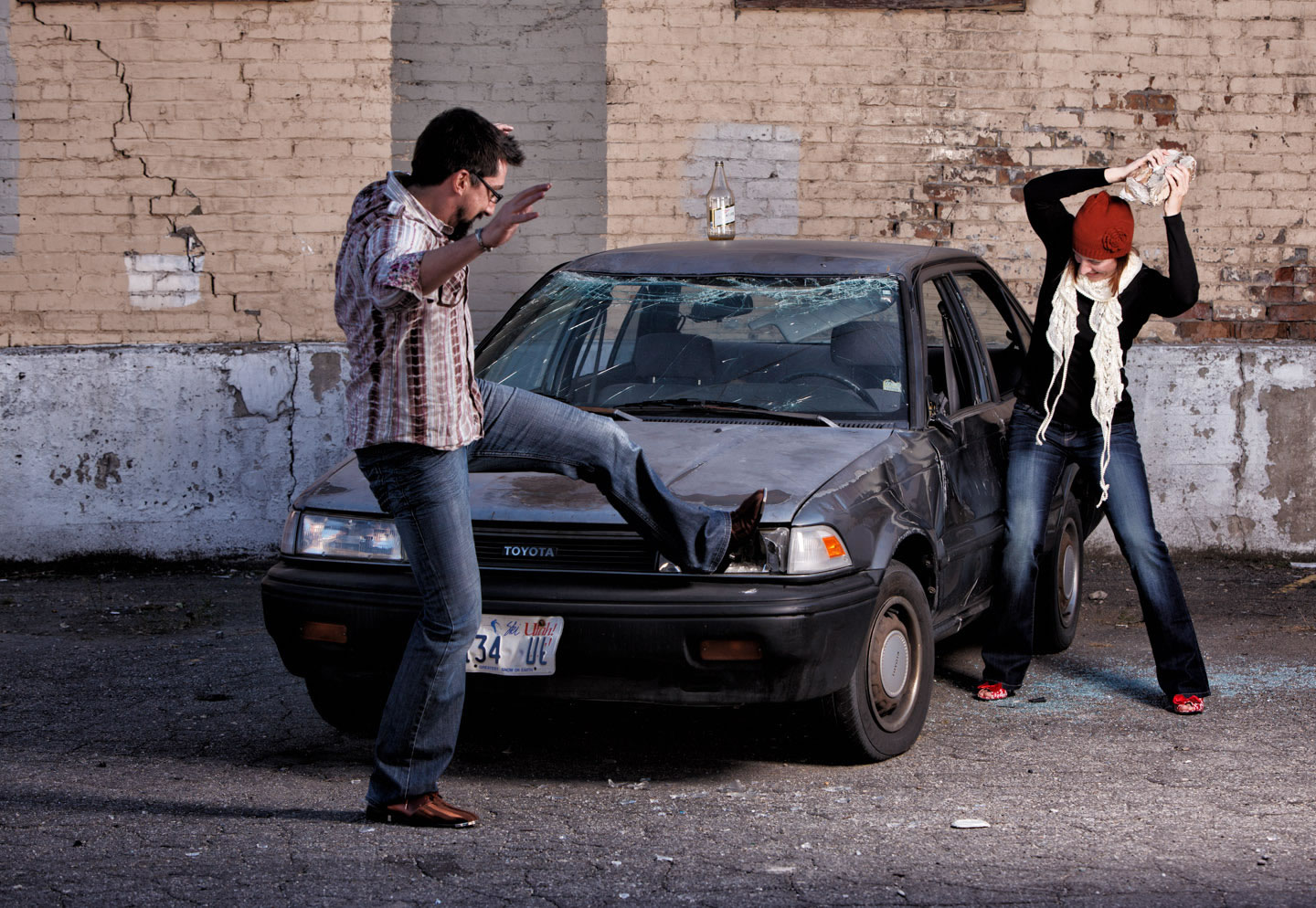 Back in Colorado, Anne and Aaron teach capoeira, a Brazilian martial art that is set to music. We photographed them performing some of the poses and movements. 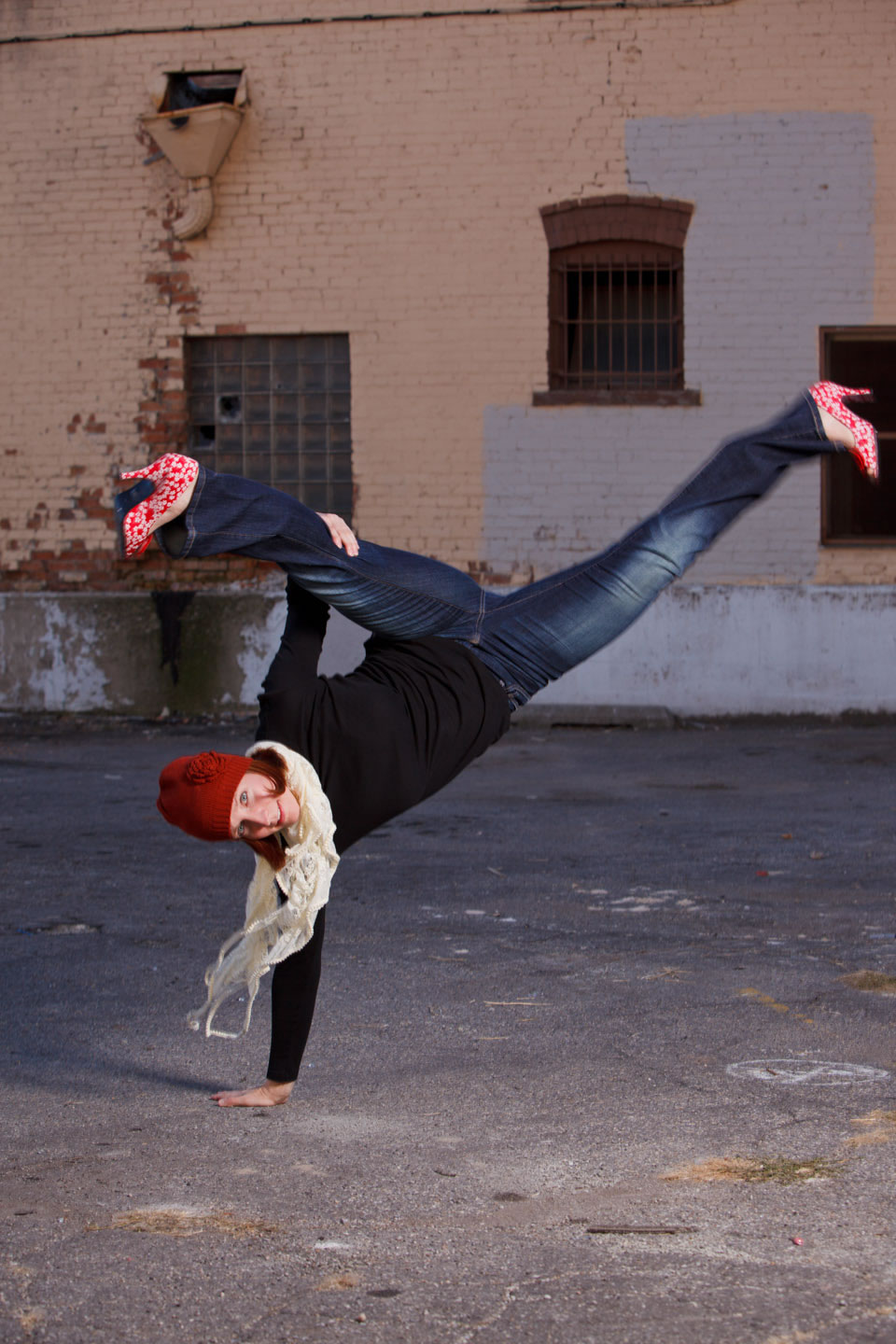 After the “destruction” of the car we photographed them spread eagle and Anne yelling at Aaron. Classic mirth. 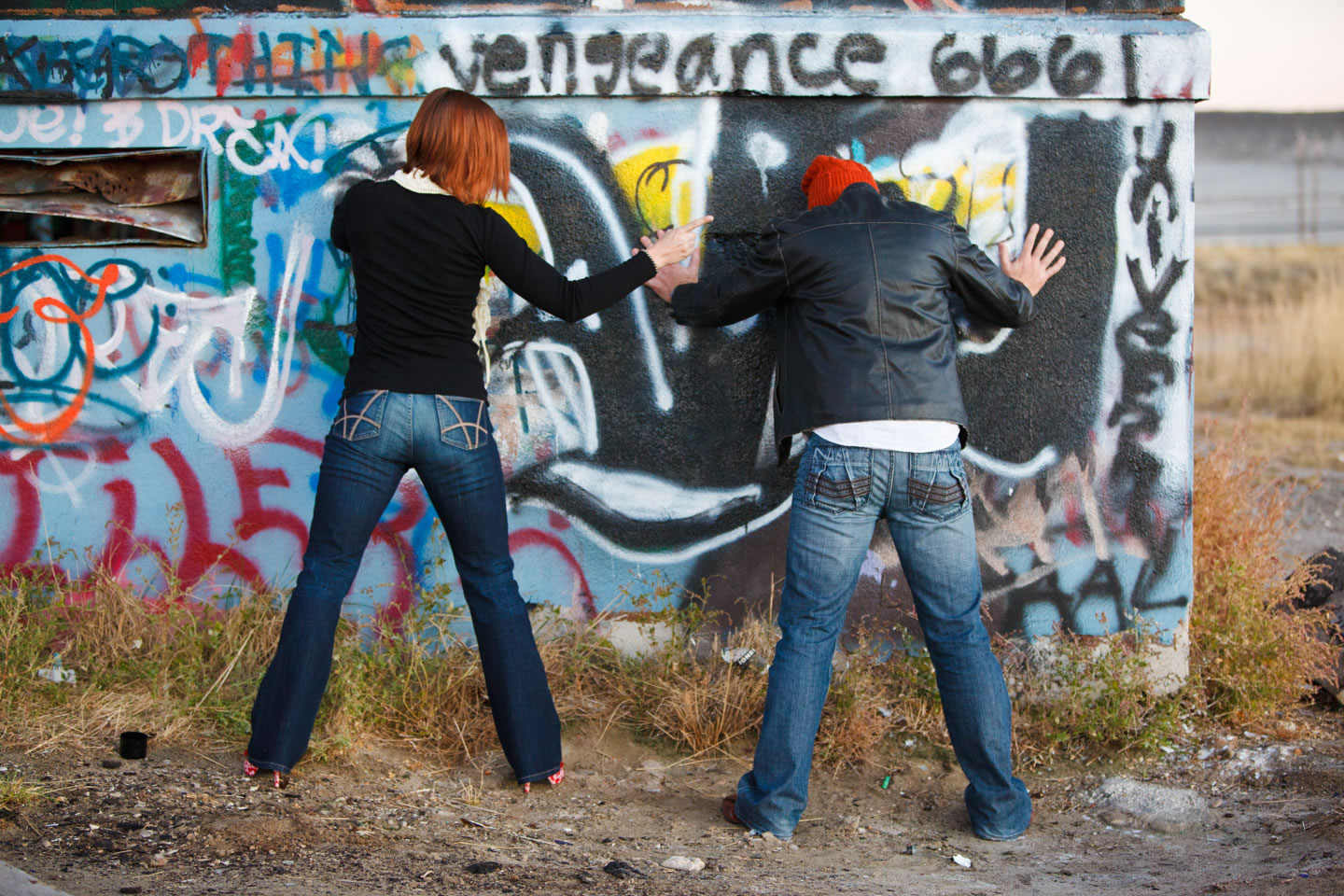 Spread eagle, ready for the cops 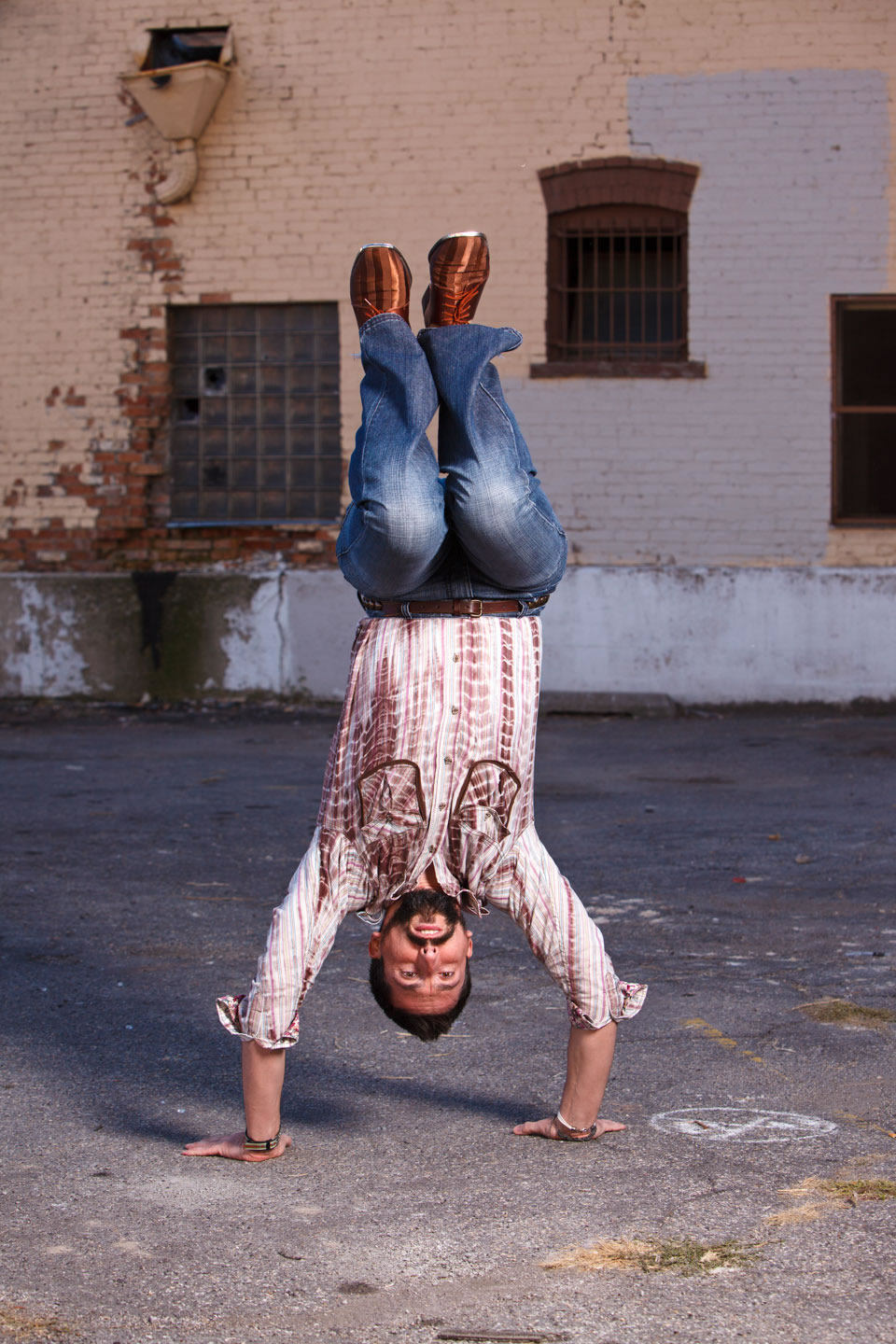 Aaron demonstrates capoeira with a handstand

From downtown Salt Lake we heading out to the Great Salt Lake. There was an abandoned trolley car and abandoned graffiti building that has since been removed. Apparently all the cool locations go away. This area was a very popular location for portraits. We spent another hour photographing around the area and I think this was my last shoot to use this particular location. The Great Salt Lake is still a place to go and photograph. The sand, water, and background are still unique but not as fun as the old trolley. Now it will just exist in Photoshop and old photographs. 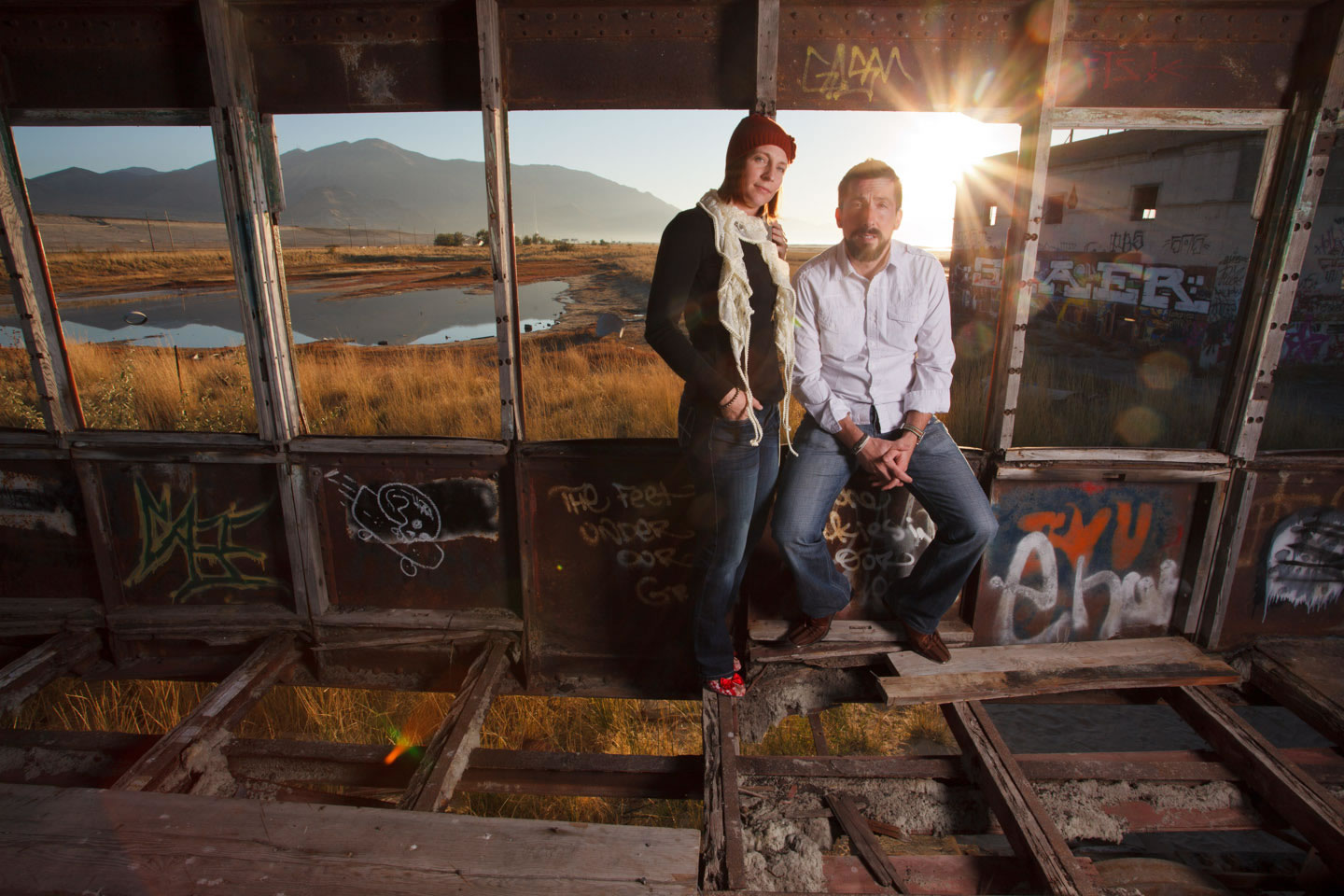 Hanging out for portraits at the abandoned trolley 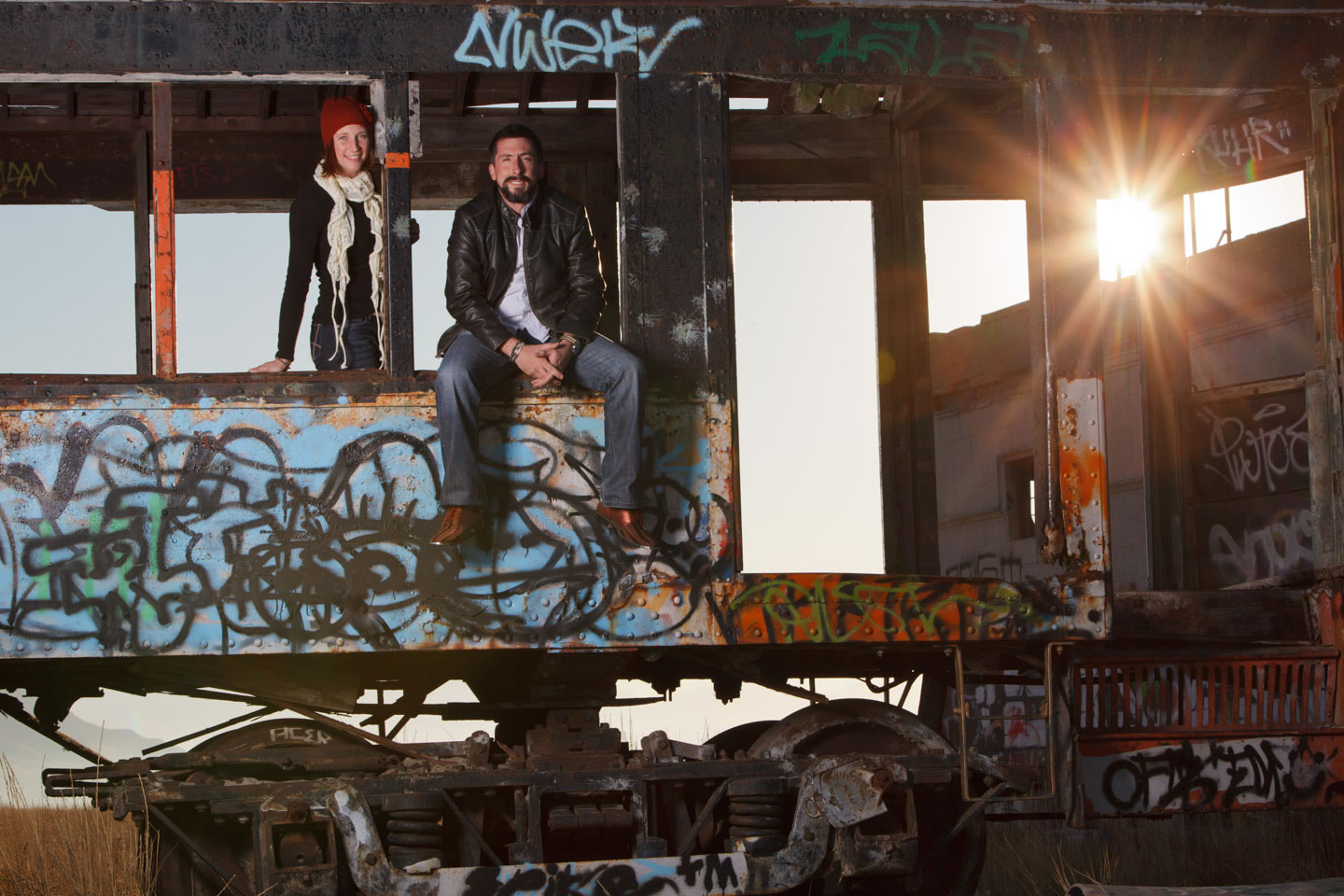 Anne and Aaron on the abandoned trolley, the trolley has since been removed 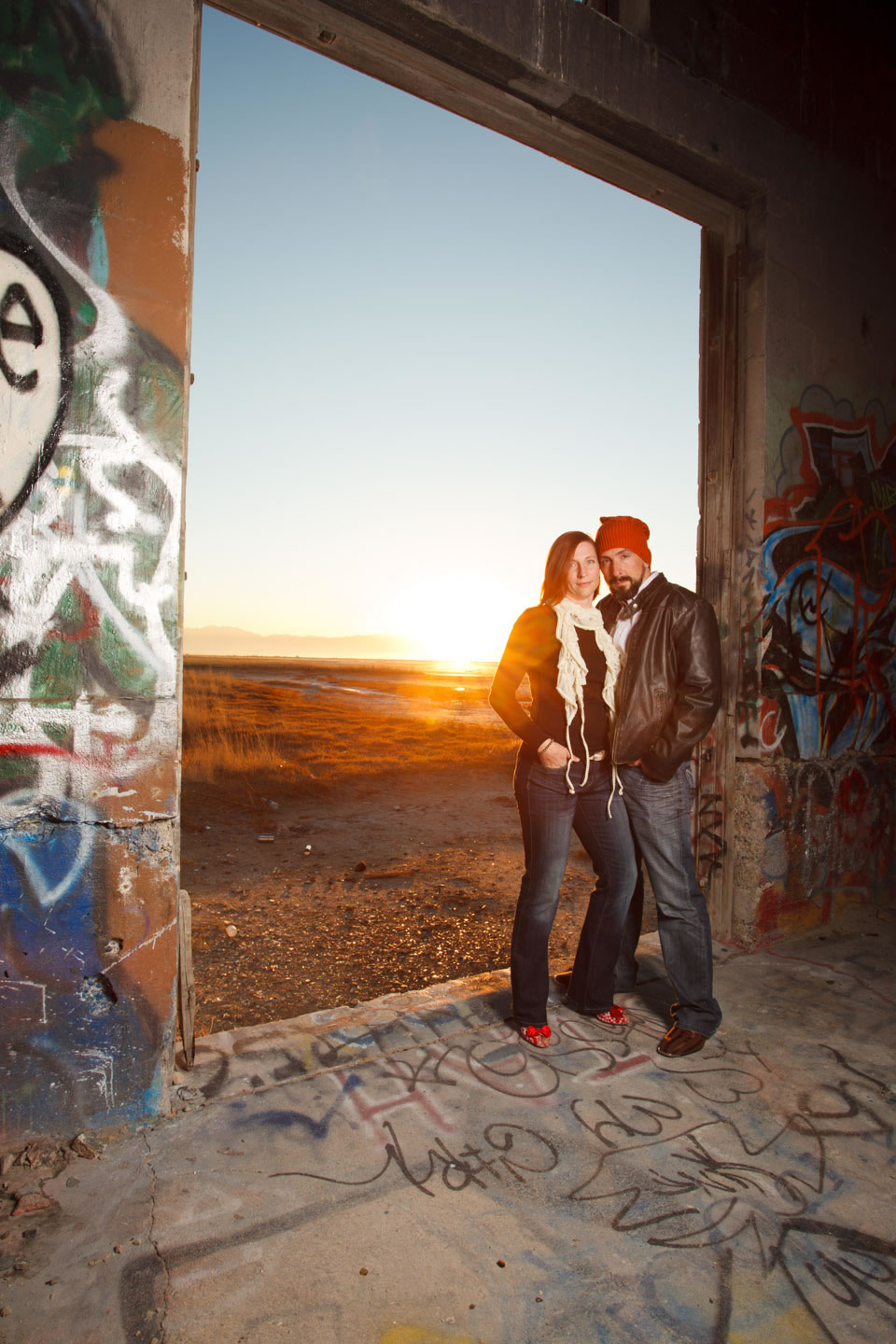 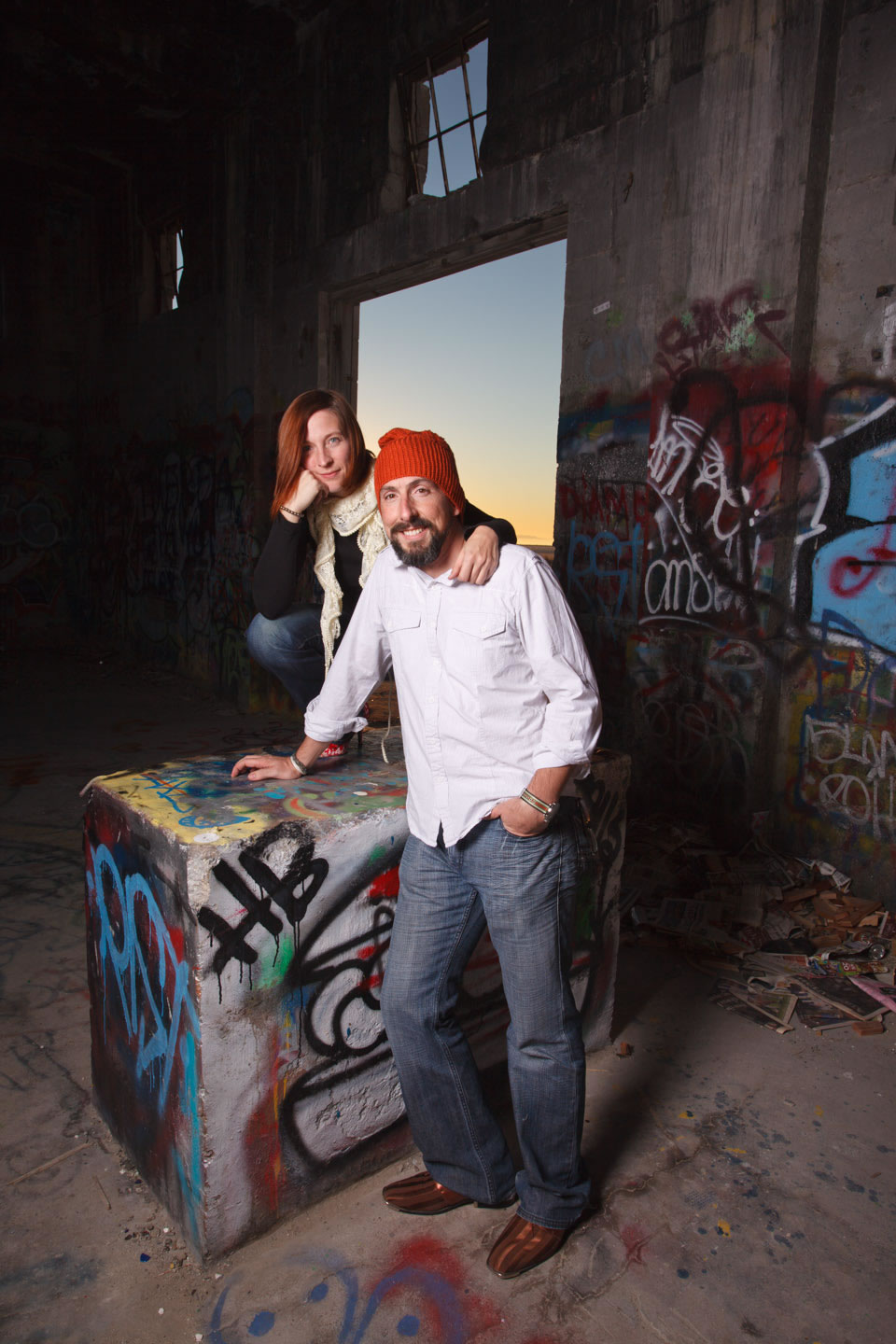 Anne and Aaron in the abandoned building 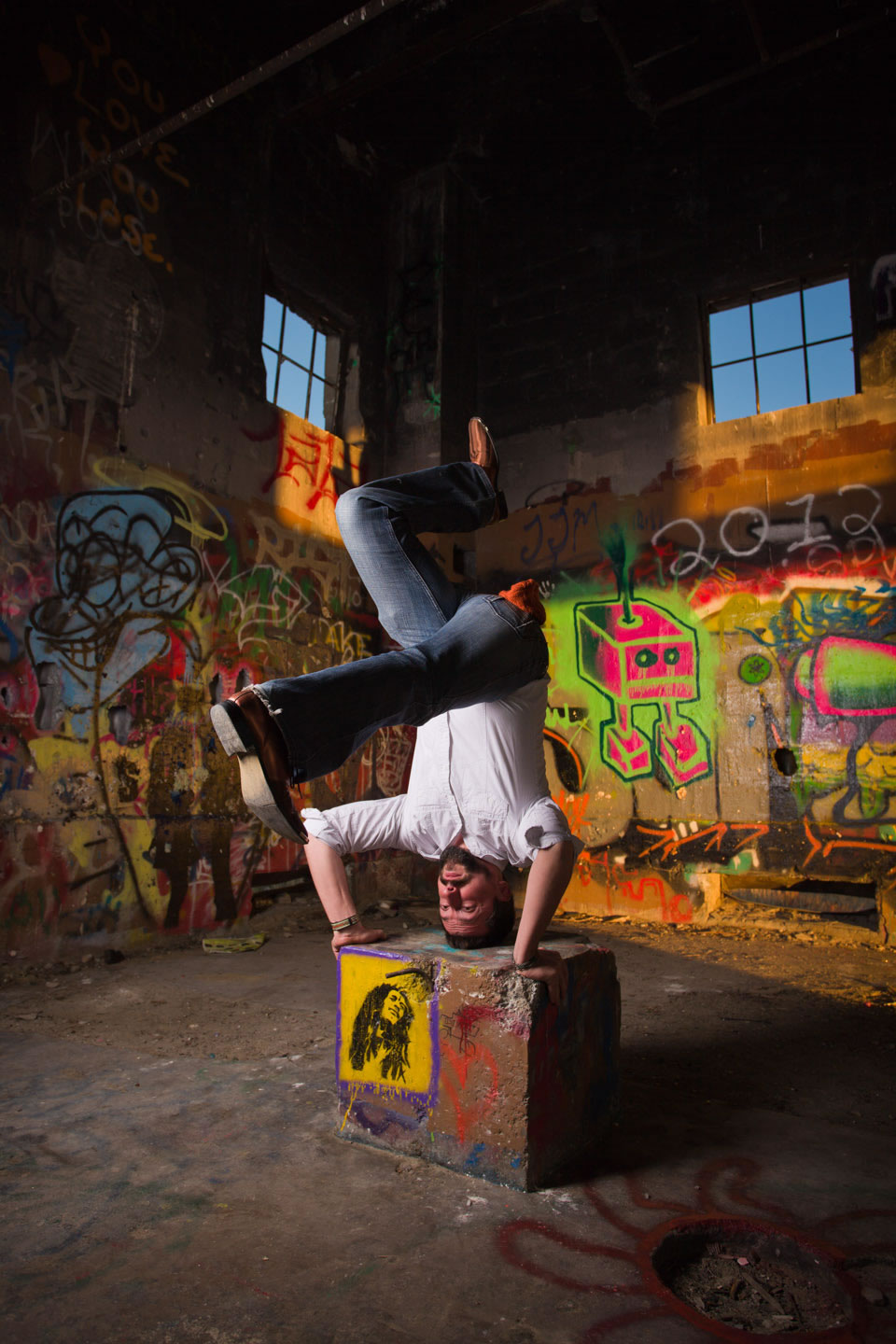 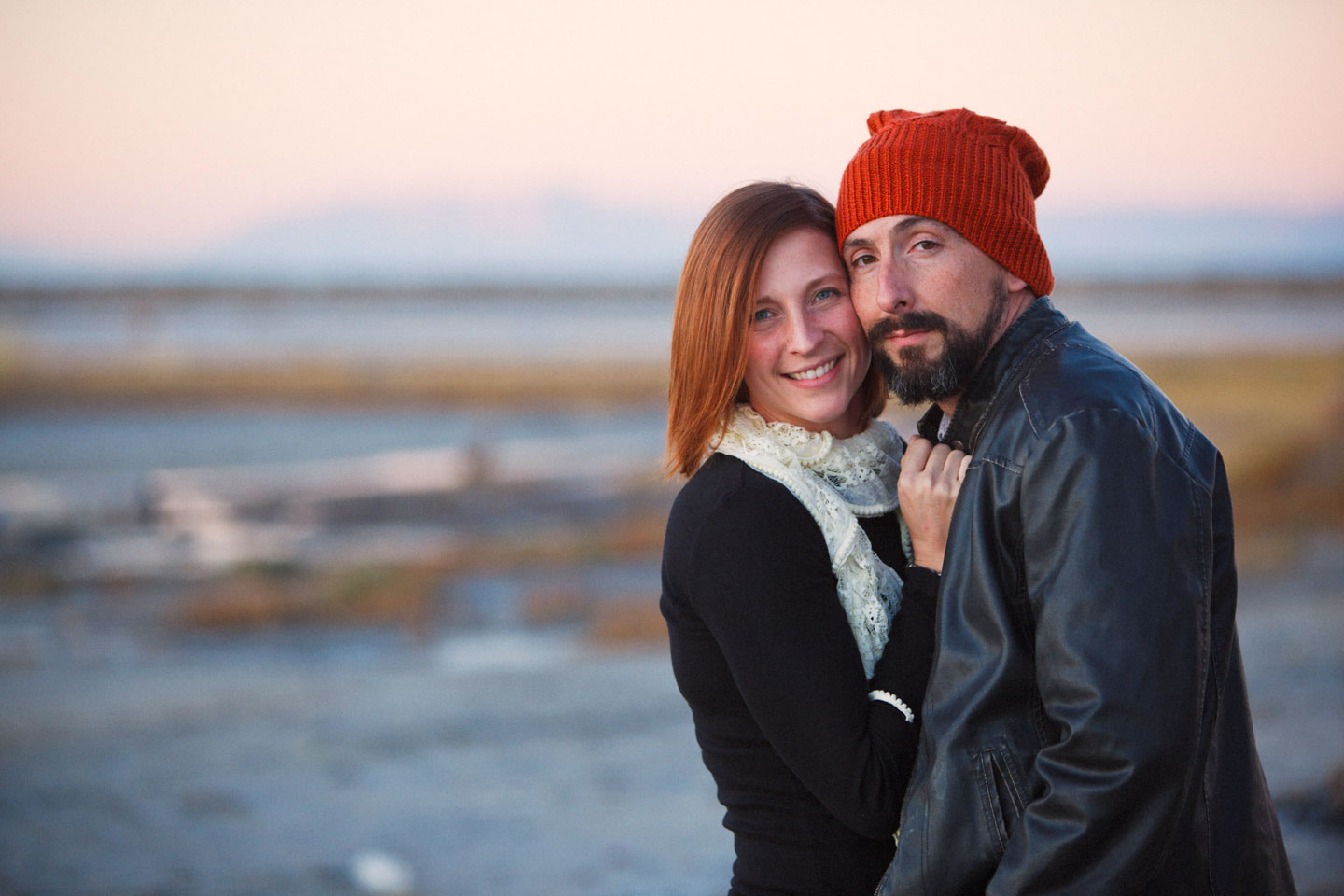 Great Salt Lake after sunset is wonderful for portraits, your shoes will get dirty 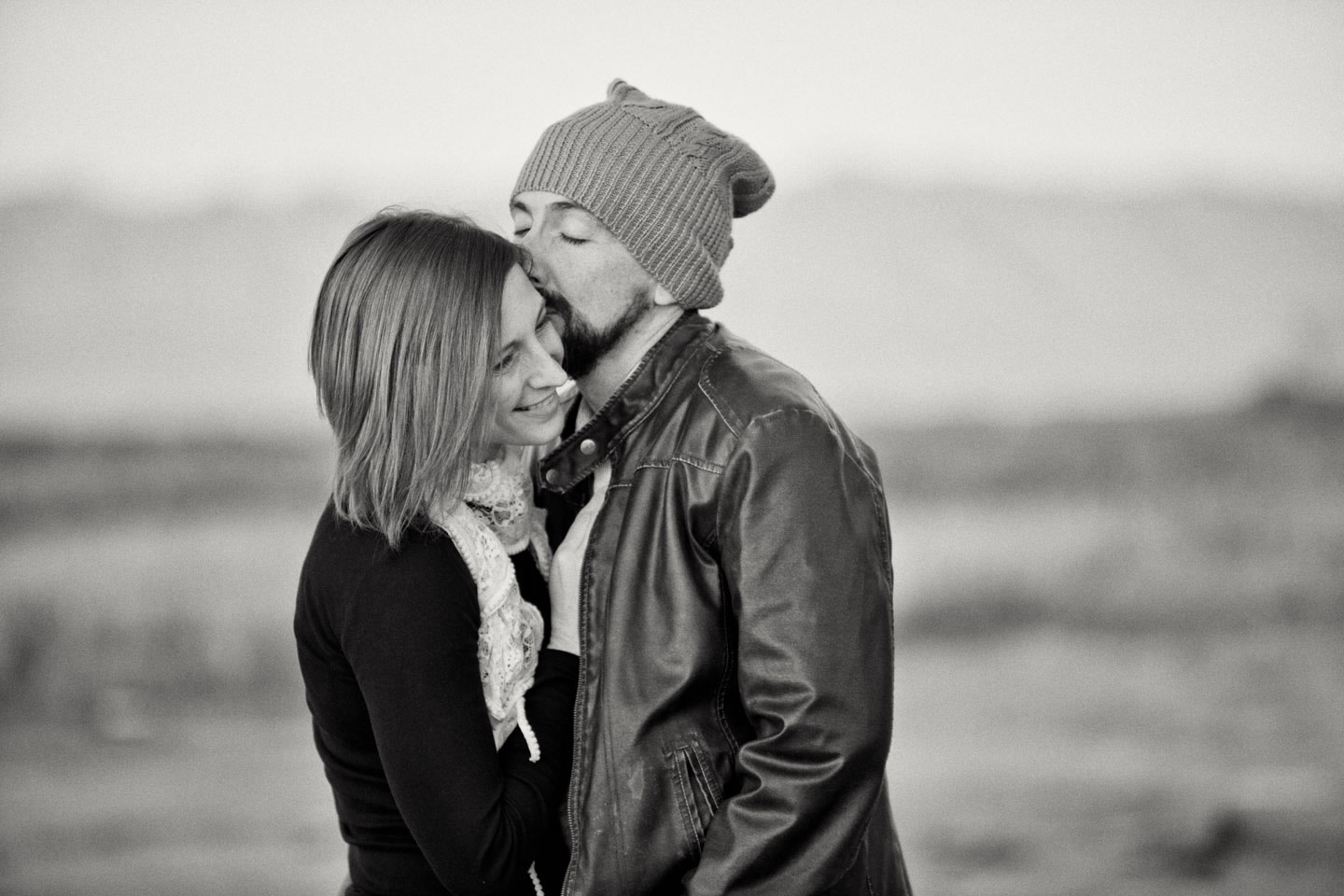 Anne and Aaron’s portraits on the Great Salt Lake 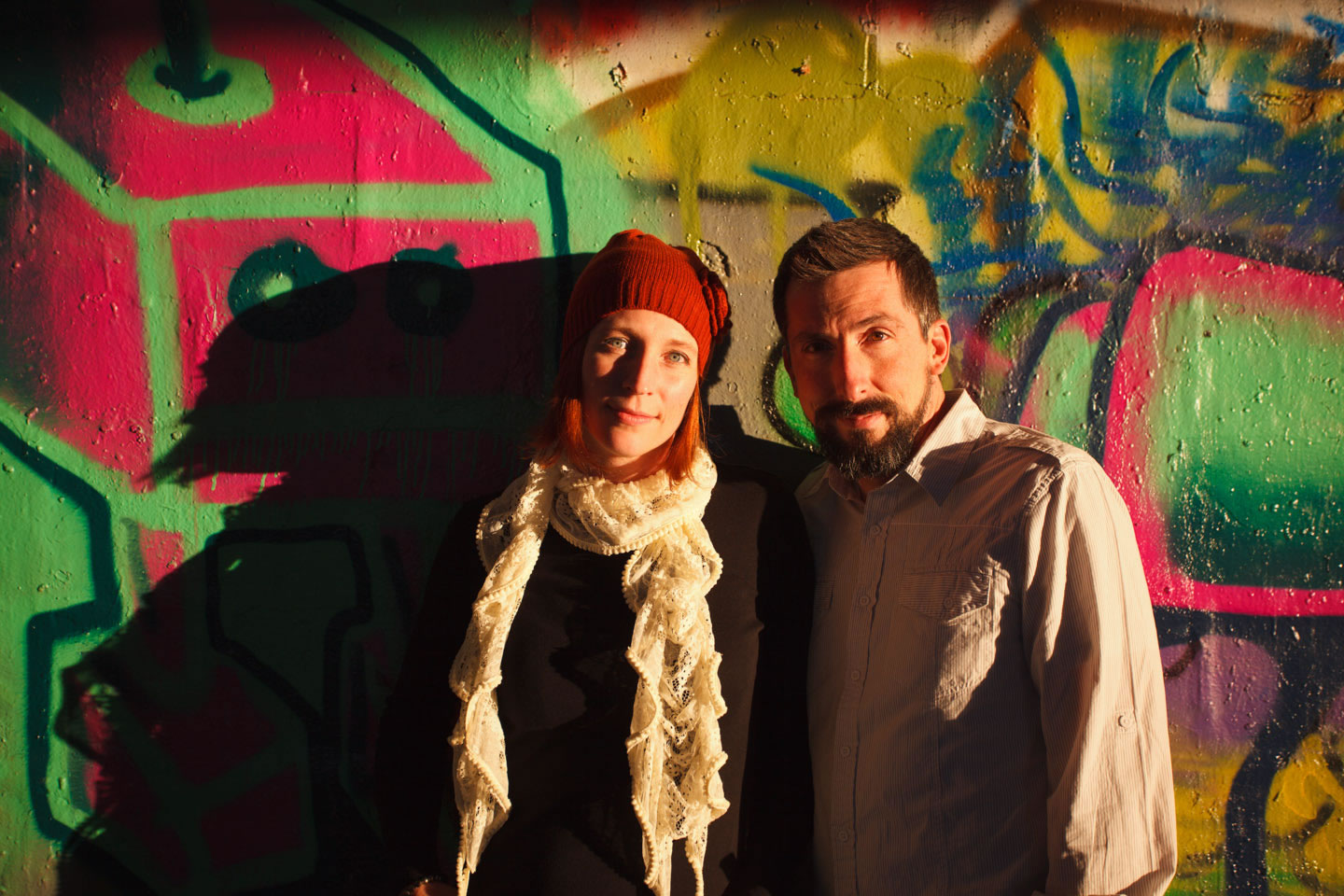 Sunsets on the graffiti building 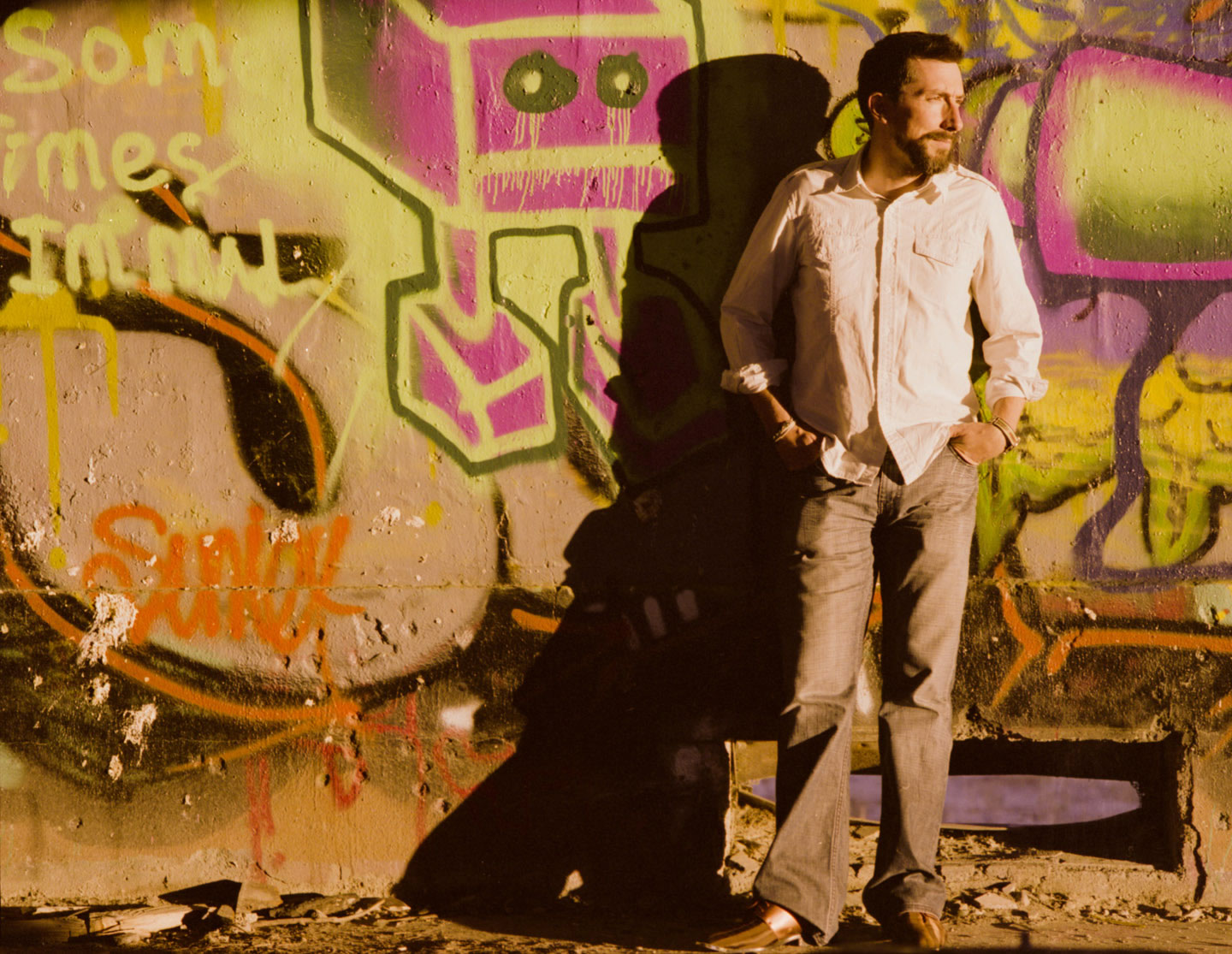 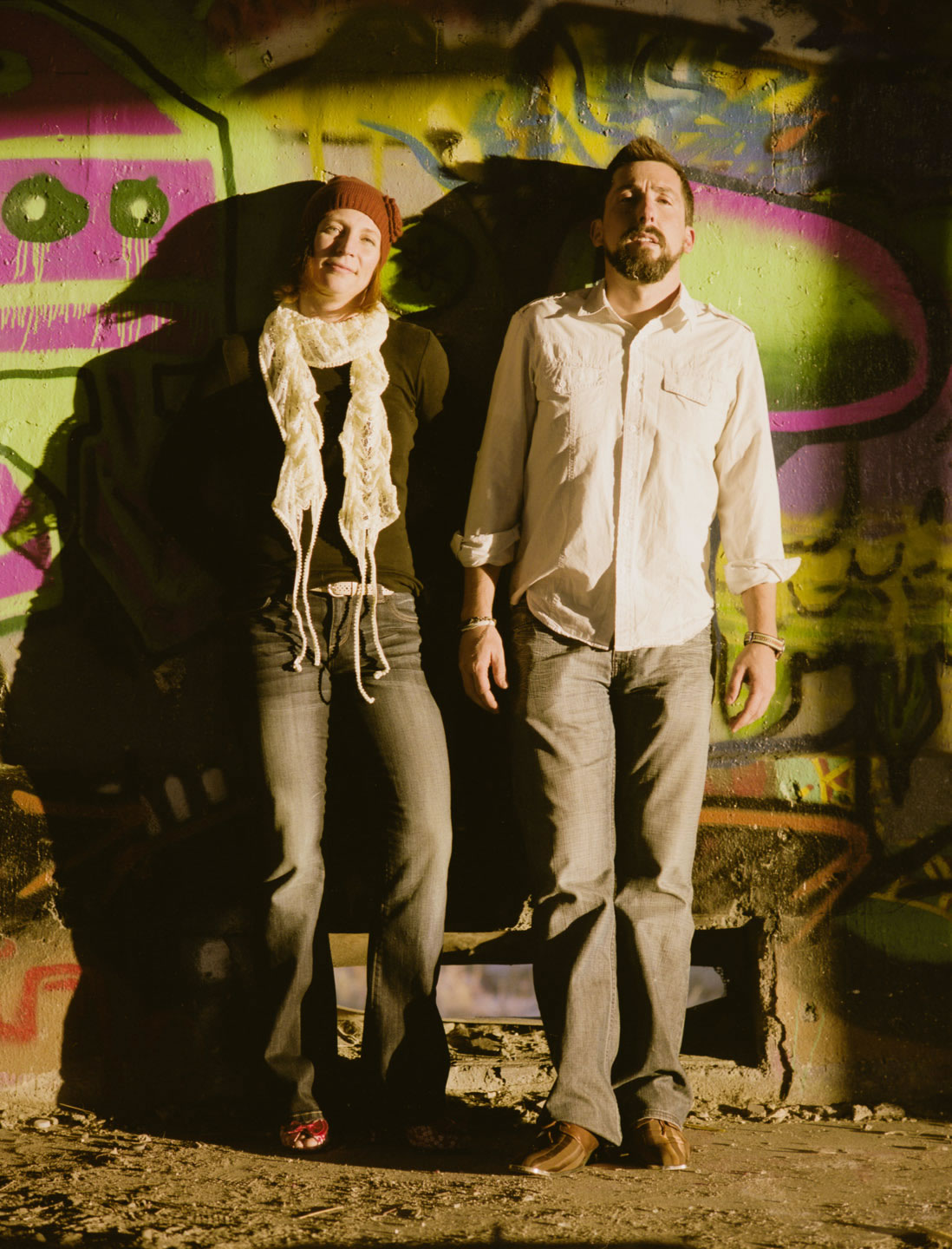 Film photograph of Anne and Aaron 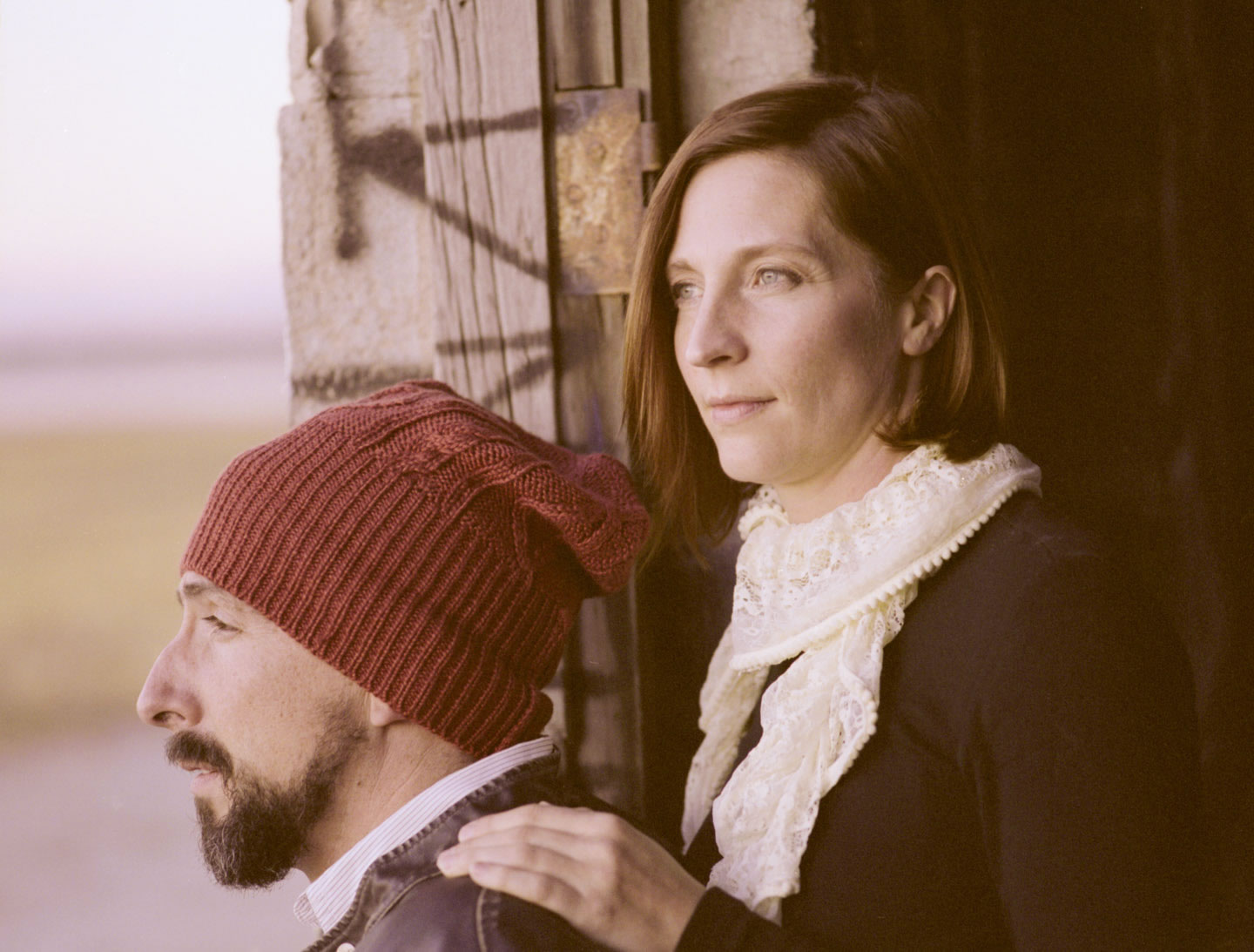 Film photograph of Anne and Aaron

Do you know of any current abandoned buildings?

I really don’t know of any abandoned building. I should make a list with GPS settings with my iPhone.

[…] I was hired by Christina and Erno to photograph their Christmas and Family Photos. Christina’s mom asked for one thing… family photos from each of her kids. I had already photographed her brother Aaron’s family. […]