Top Posts
Family Photo Session in Memory Grove with the...
A Surprising Location for a Portrait
Leasey Family Portraits in Studio
A Before & After from Photoshop Retouching
An Orem Wedding in the Time of COVID-19
Maya’s Fashion Portraits on the Bonneville Salt Flats
Dave & Doug’s Family Photo Shoot in Big...
Children Photo Shoot in Big Springs Park in...
Autumn Portrait Season is Around the Corner
Time is Running Out to See the NEOWISE...
Home Commercial Large Group Photography in Provo
Commercial

It isn’t often that you get a request for a large group photograph. I was hired to photograph the participants of a marketing summit for a company in Provo. There would be about 100 people in the photograph. Sometimes the logistics of such a photograph can be daunting. You need to get everyone in the photograph. You want good light on the people. You want the location to be represented.

We photographed on the stairs on the southside of the building. It is the one location on the property that had stairs that would hold this many people. This was photographed about noon so the sun was a factor. I brought my portable lighting kit and had about 4 speedlights pointed at the group to add some fill light and reduce the harsh shadow from the sun. You can’t plan for cloudy days unless you live in England or Portland. 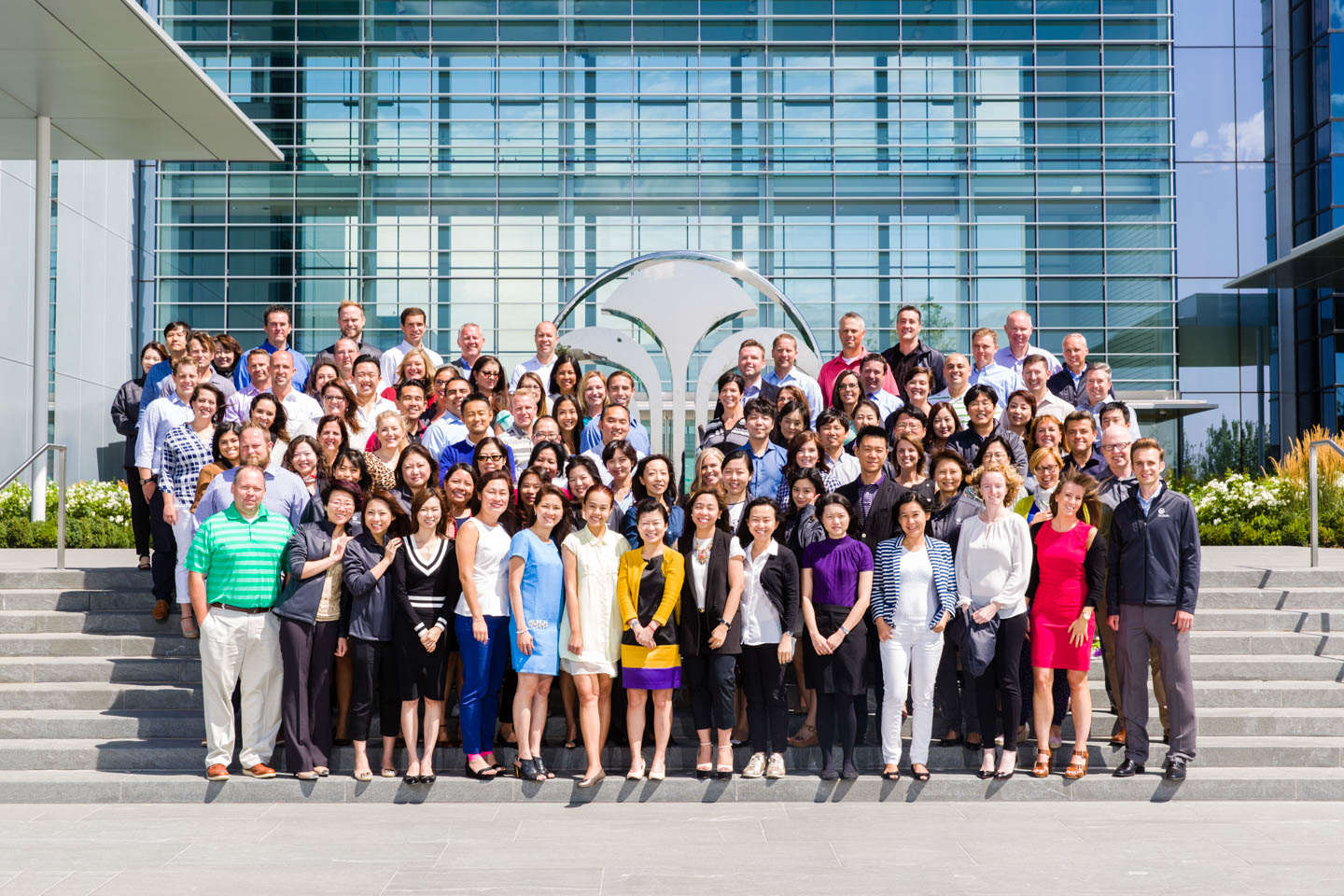 About 100 people were in this group photograph. They were there for a marketing summit.

I would have to loosely use the word “organize” with this many people. Pretty much you have an invisible line on each side and then walk back and forth to see if someone is being hidden. We took about 10 photographs and that gives me enough photos to then swap heads of people who blinked or were looking in the wrong direction. We did a “fun” photograph and had people throw up a peace sign. Hopefully that isn’t offensive… the peace sign is quite popular in Asian countries so it worked pretty well.

I also had people in the center separate a little bit to reveal the company’s logo. It’s nice if you can incorporate the surroundings to help brand the location. If you’re in Hawaii you want palm trees and beaches. When you’re at a company’s headquarters show of the building and logos!

Afterwards, one or two smaller groups wanted photos and we snapped some photos of them using the same lighting setup. 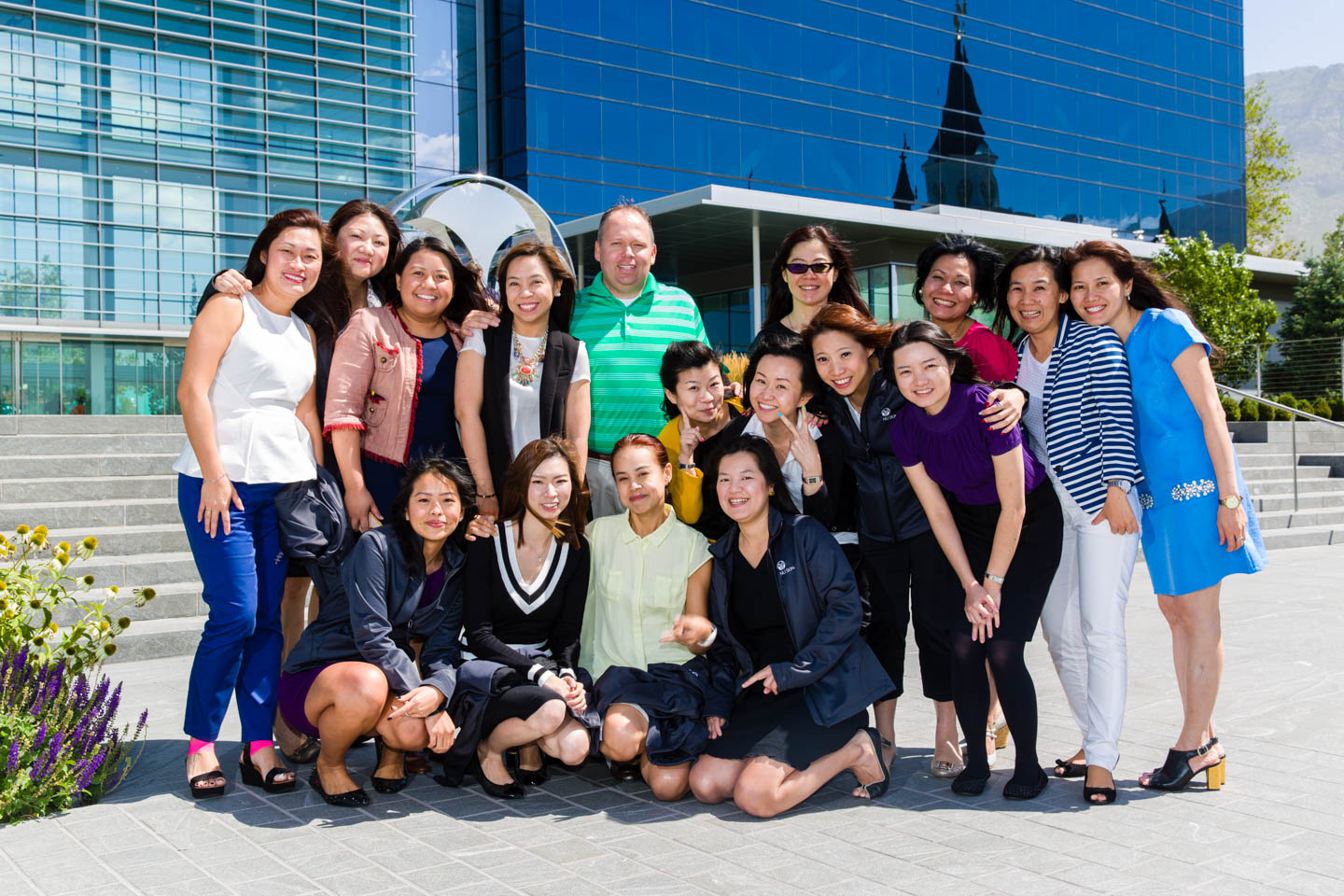 Small group photo of people from the Asian markets

Food Photography for a Foodie Blog