Strap in, this engagement photo shoot has about 27 photographs because there were so many fun ones. A photographer goes in with certain ideas for poses, locations, and what to capture. Well, we through out most of those with Kyle & Bri. 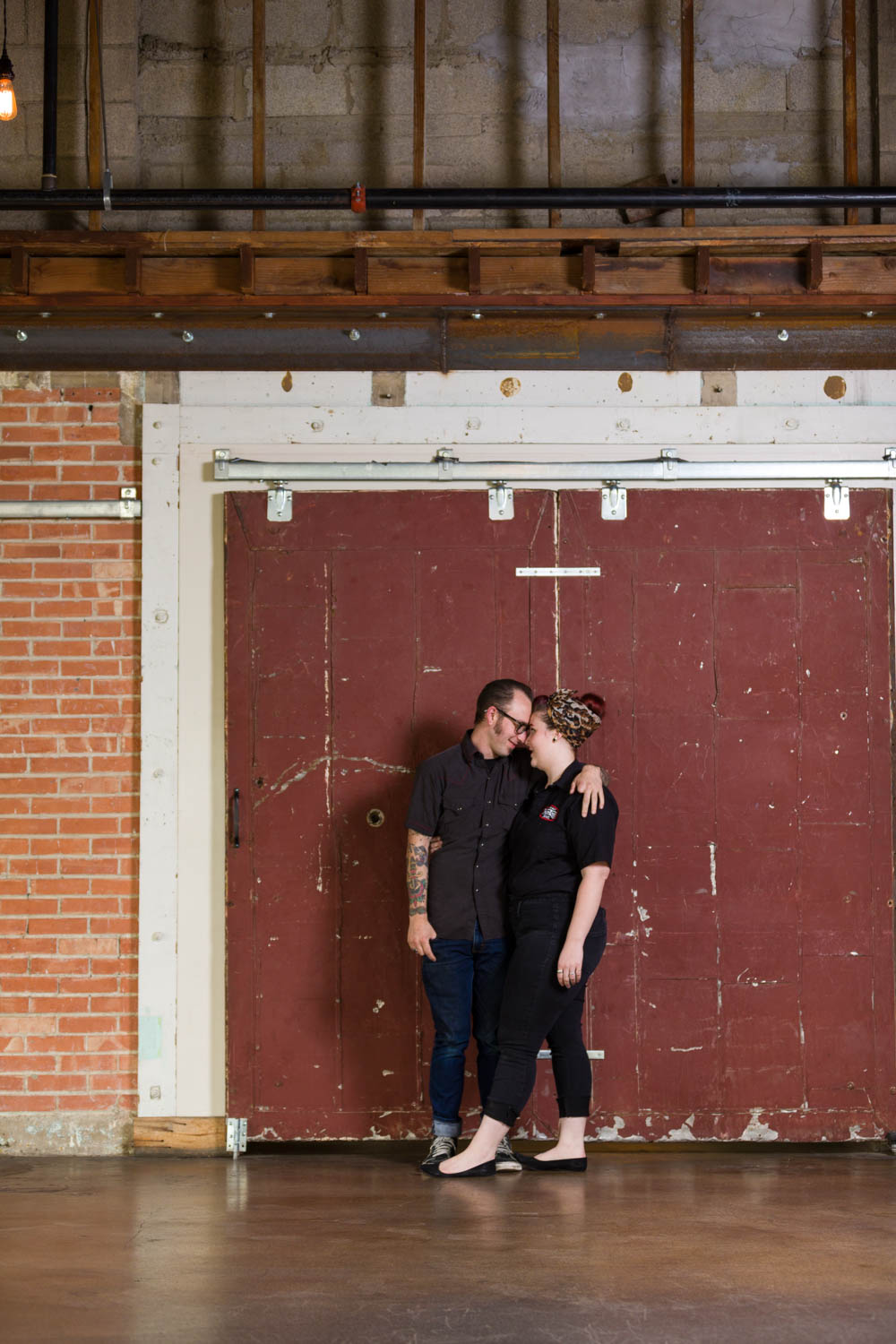 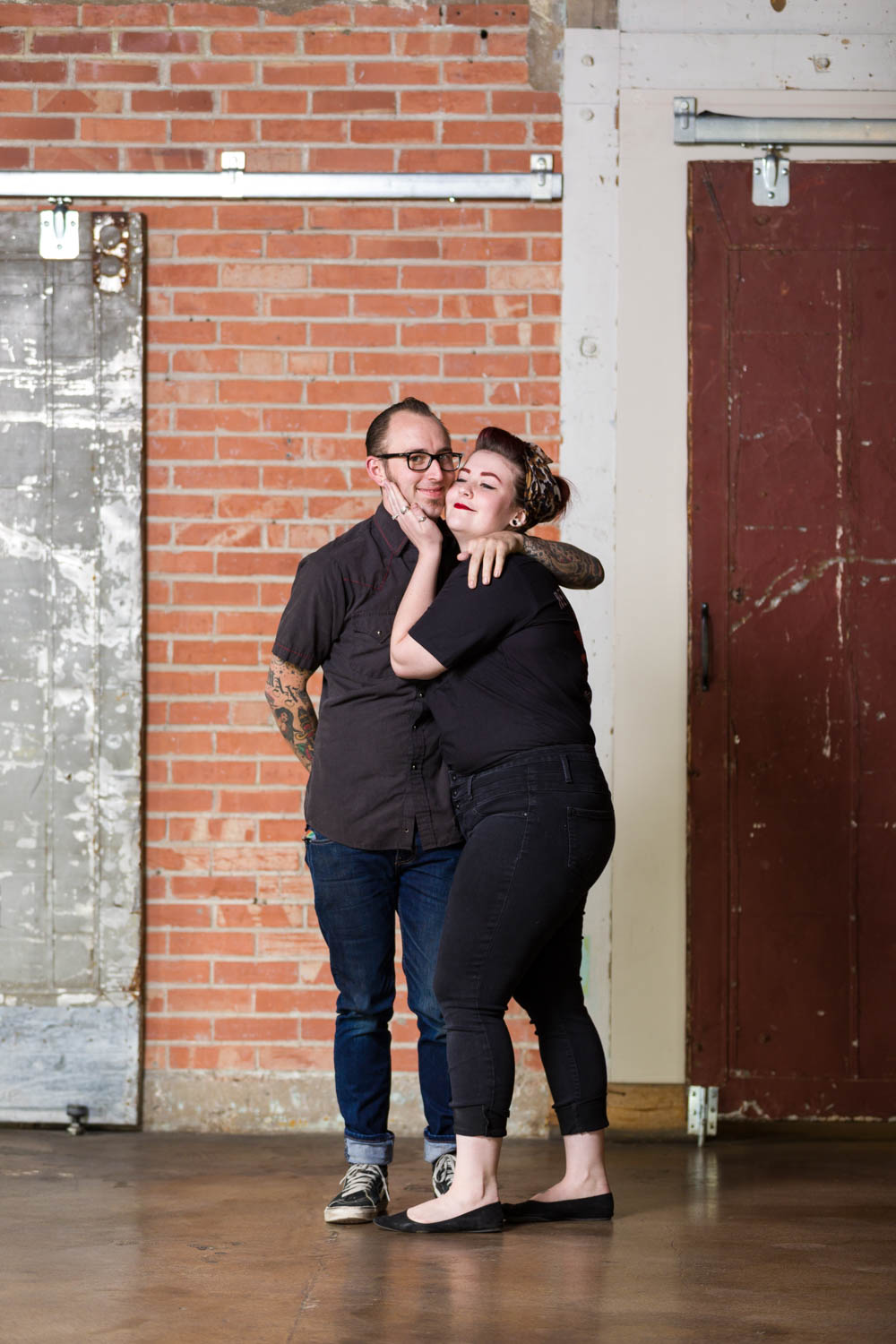 Publik Coffee has a fun space of brick, metal, and glass

So piggyback rides and kung fu fighting were part of many of the locations we visited. I just had my light strategically placed and then Kyle and Bri would just fill the camera. I would change the composition, but I let them do their thing with some suggestions occasionally. 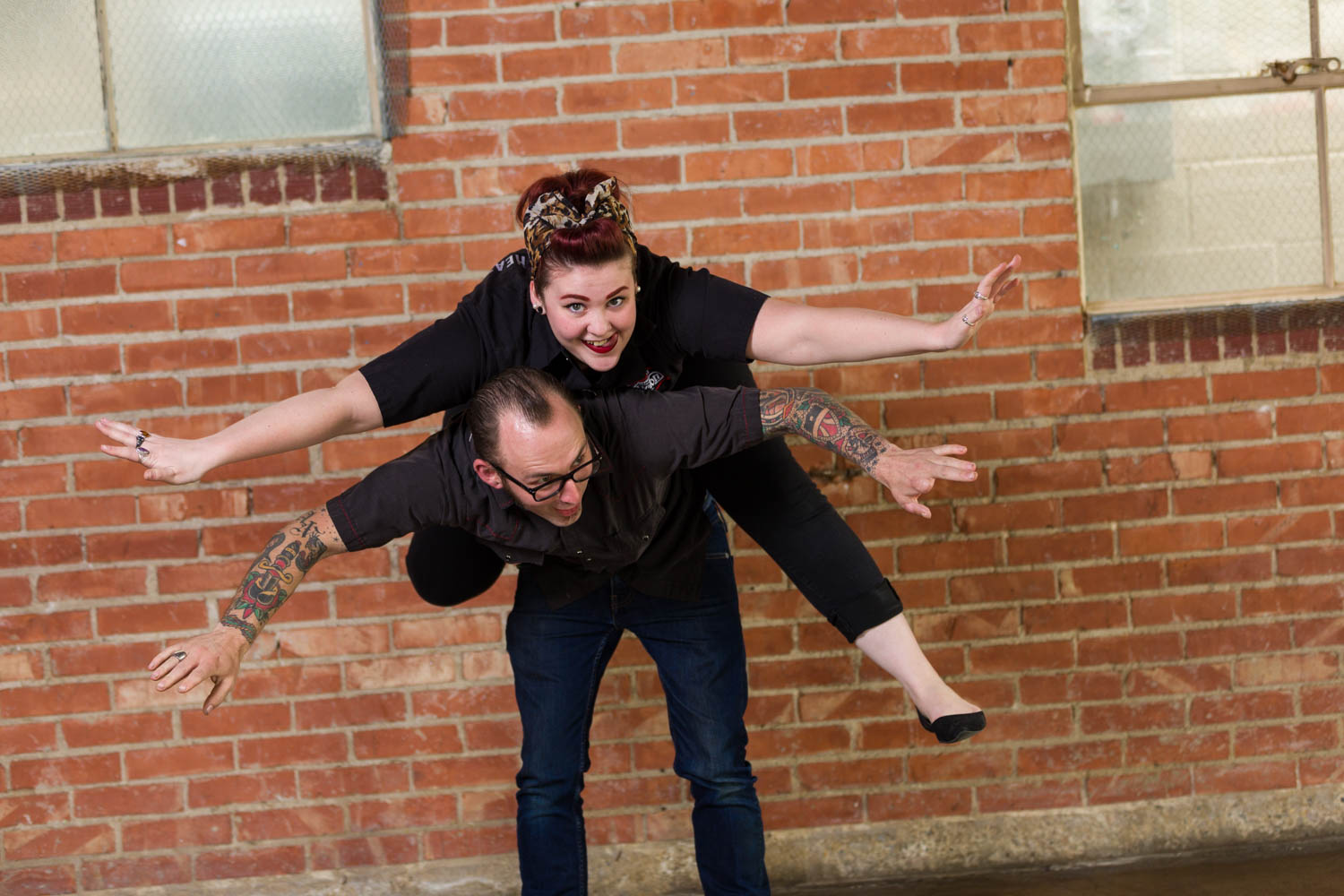 Going into the photo shoot, they mentioned we could use the Publik Coffee event space. Their wedding would be held at that same spot in May. And they had their first date at a coffee shop, and coffee is bigly important for them. They also wanted the photographs right out of the camera. I always will check with people and couples on the type of touch ups they would like. 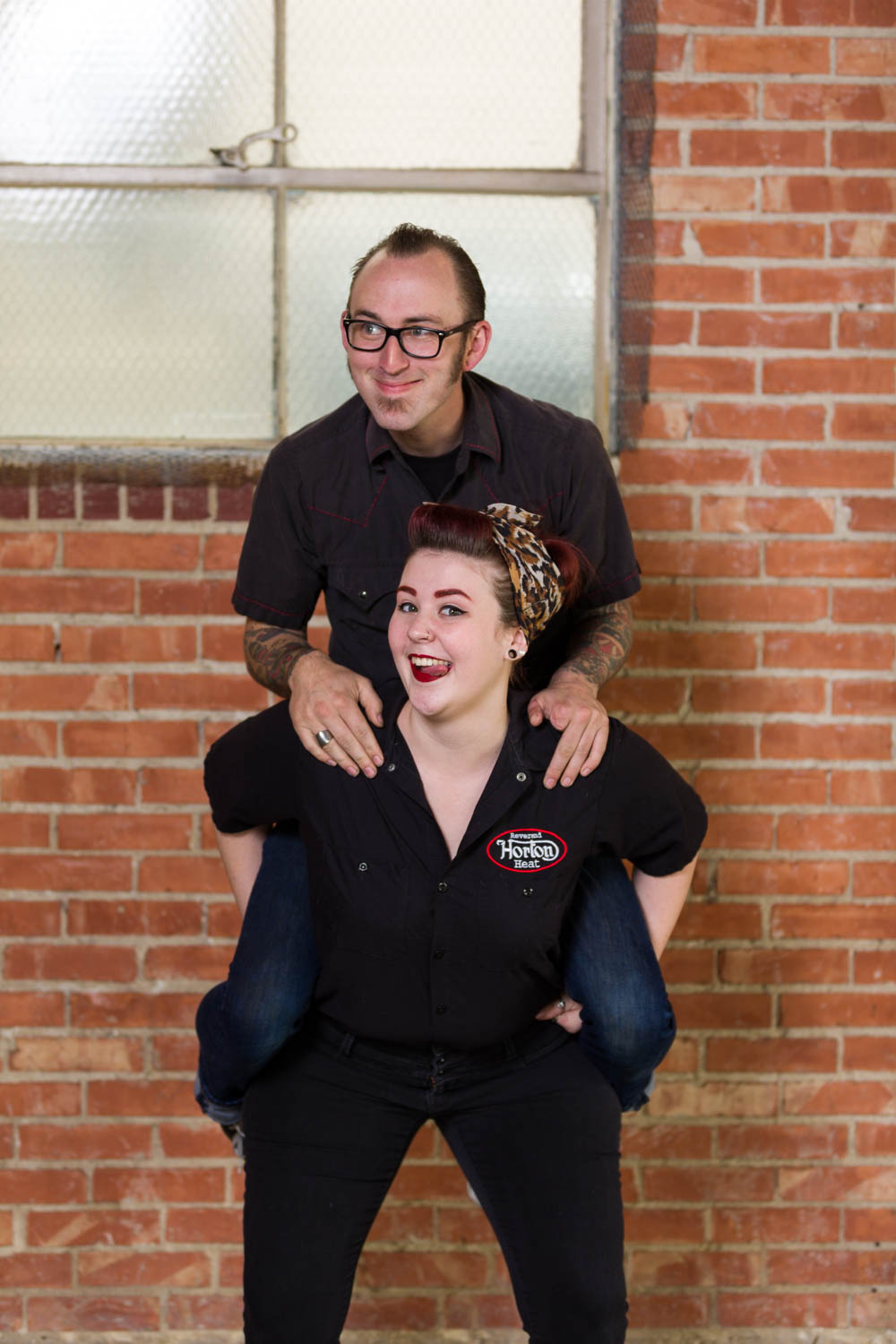 Having fun for the camera 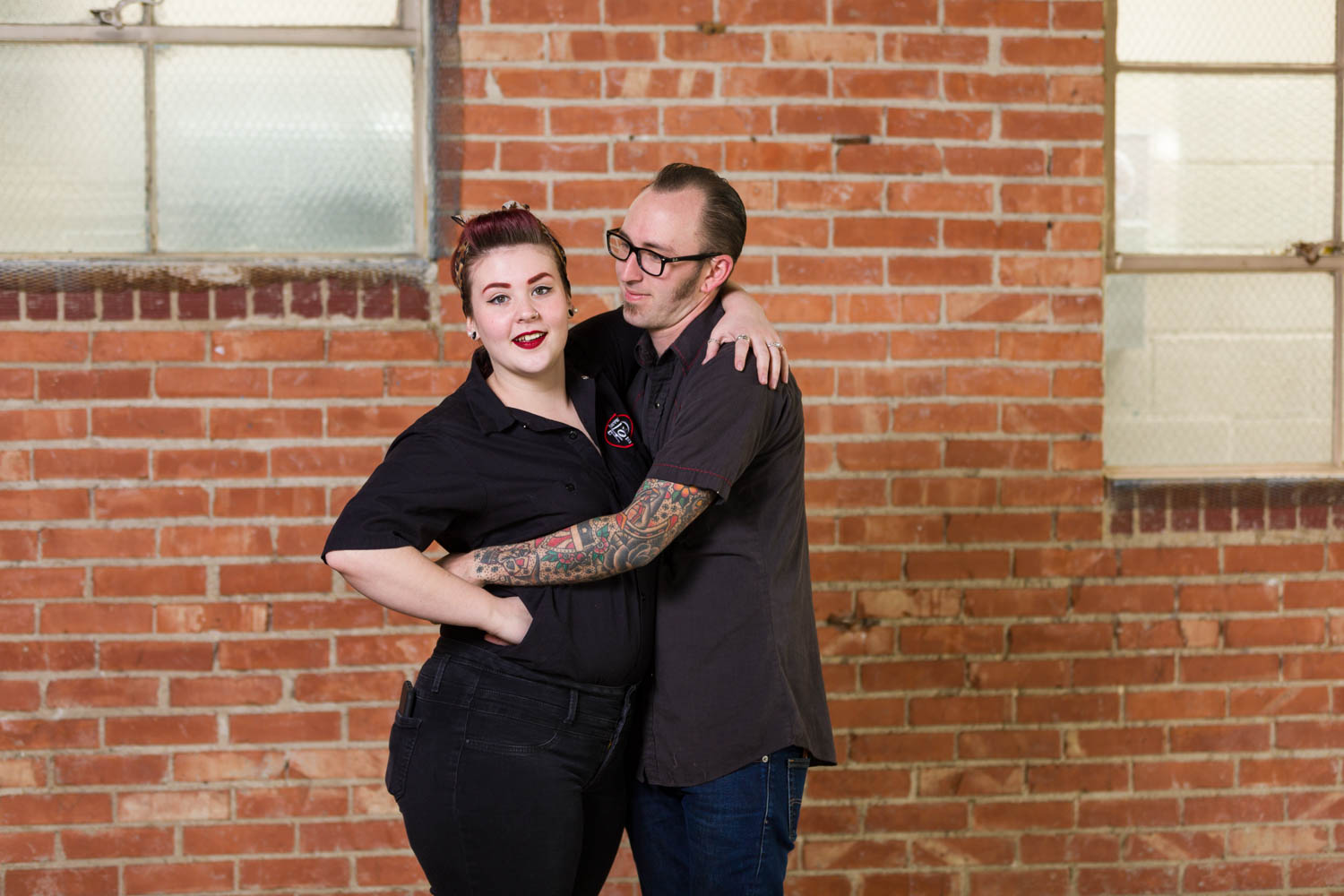 No couples were injured in the course of this kung fu fight. 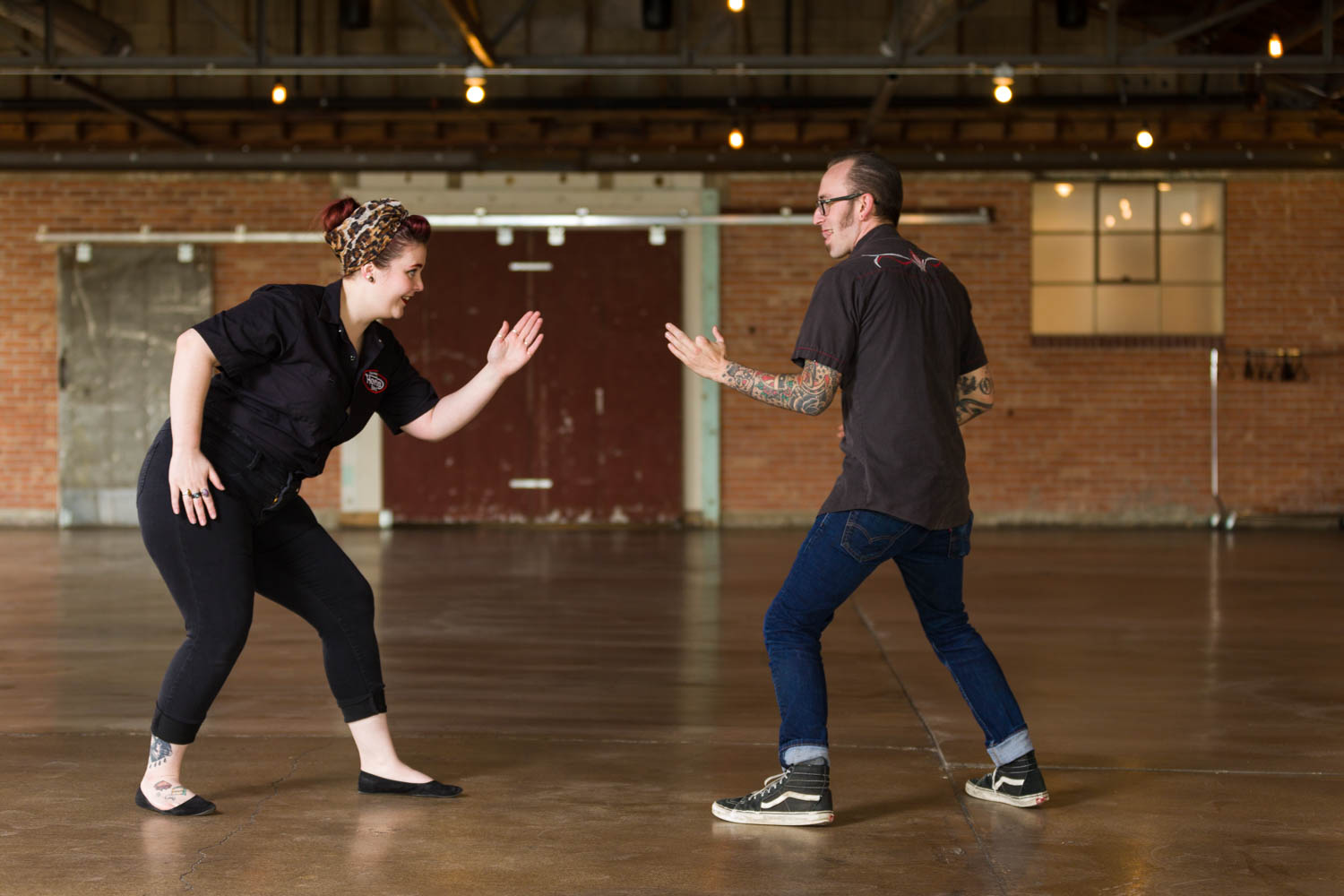 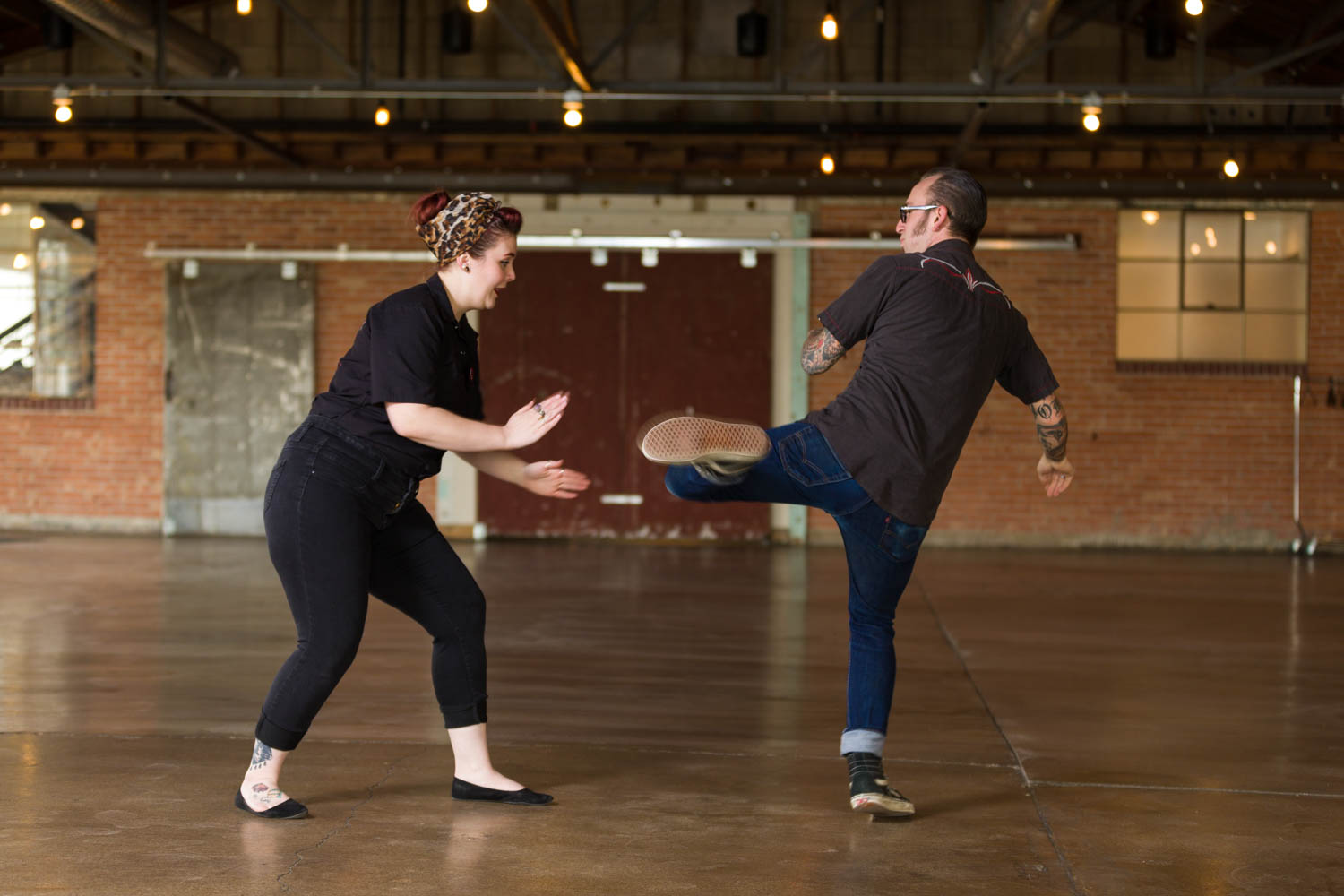 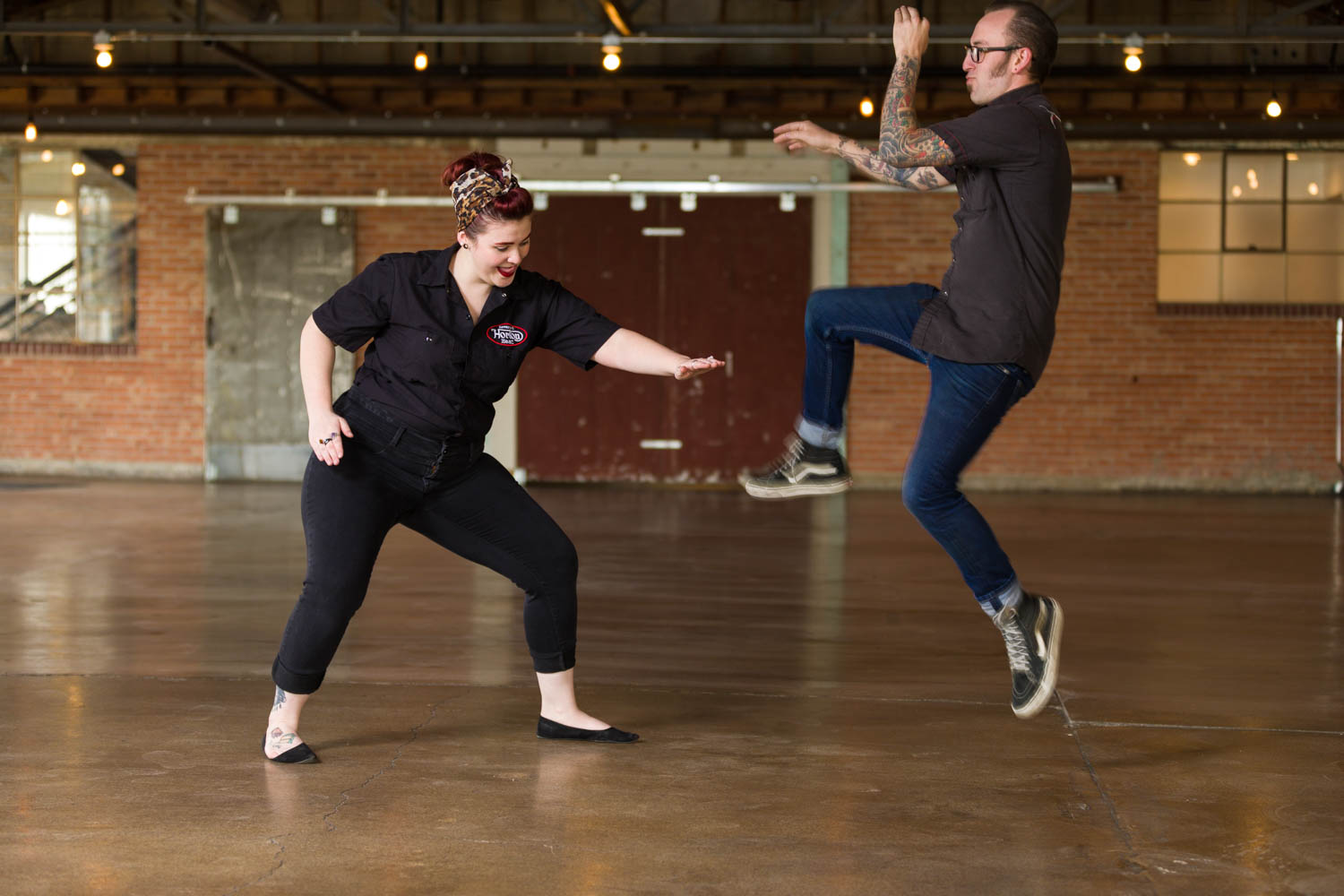 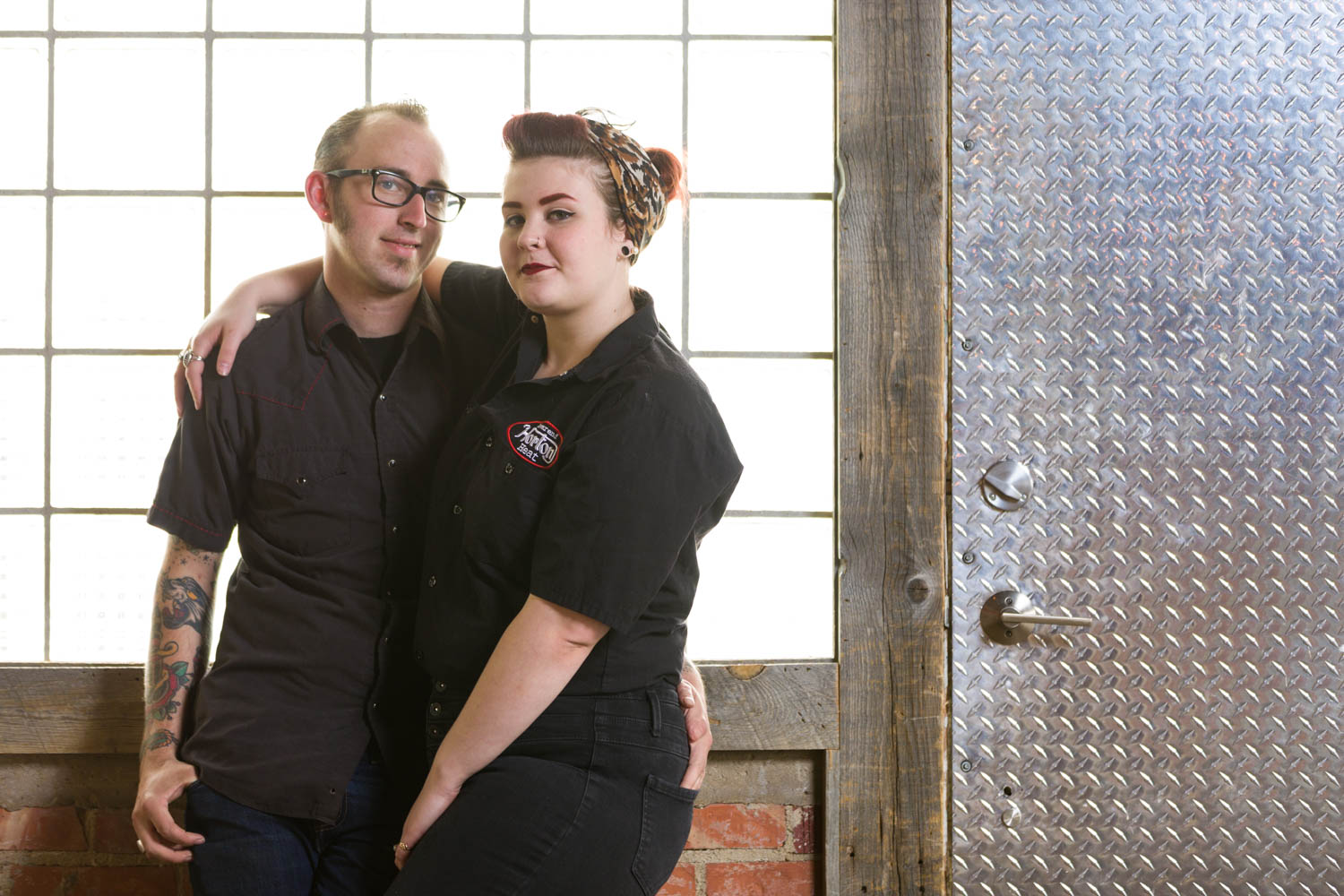 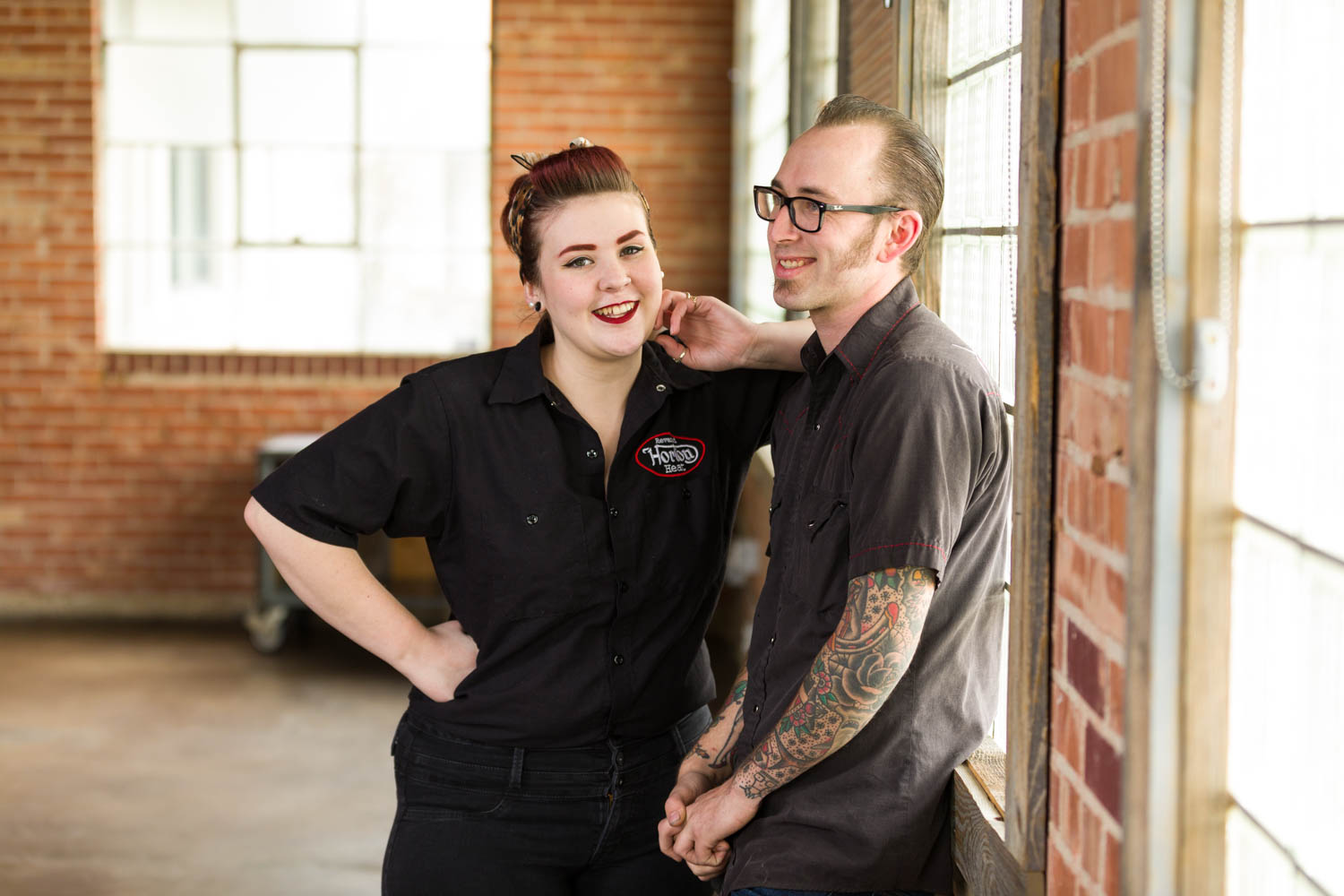 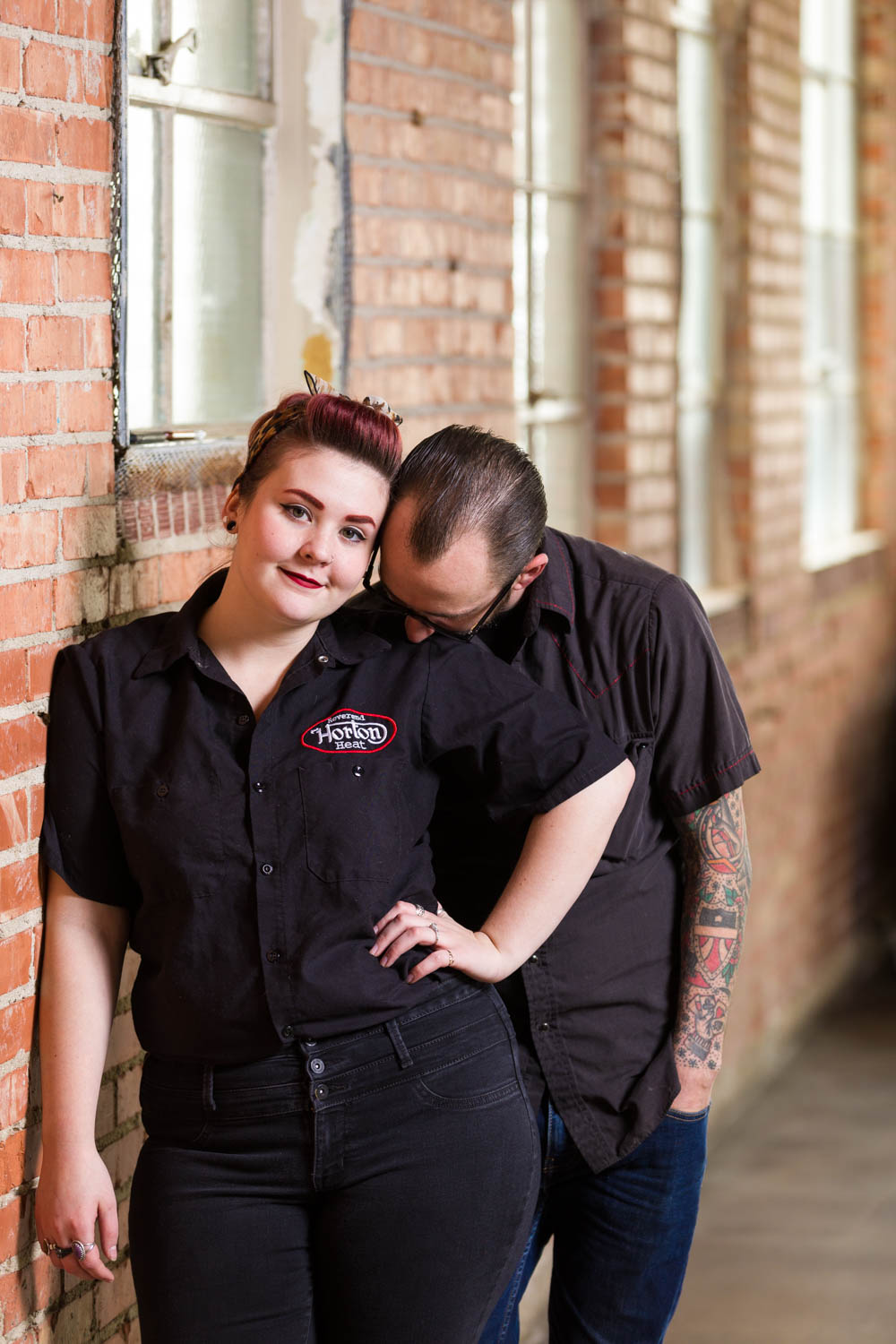 They also wanted locations that were urban, edgy, rusty, and grunge flavored. South west Salt Lake has some awesome locations with just that feel. 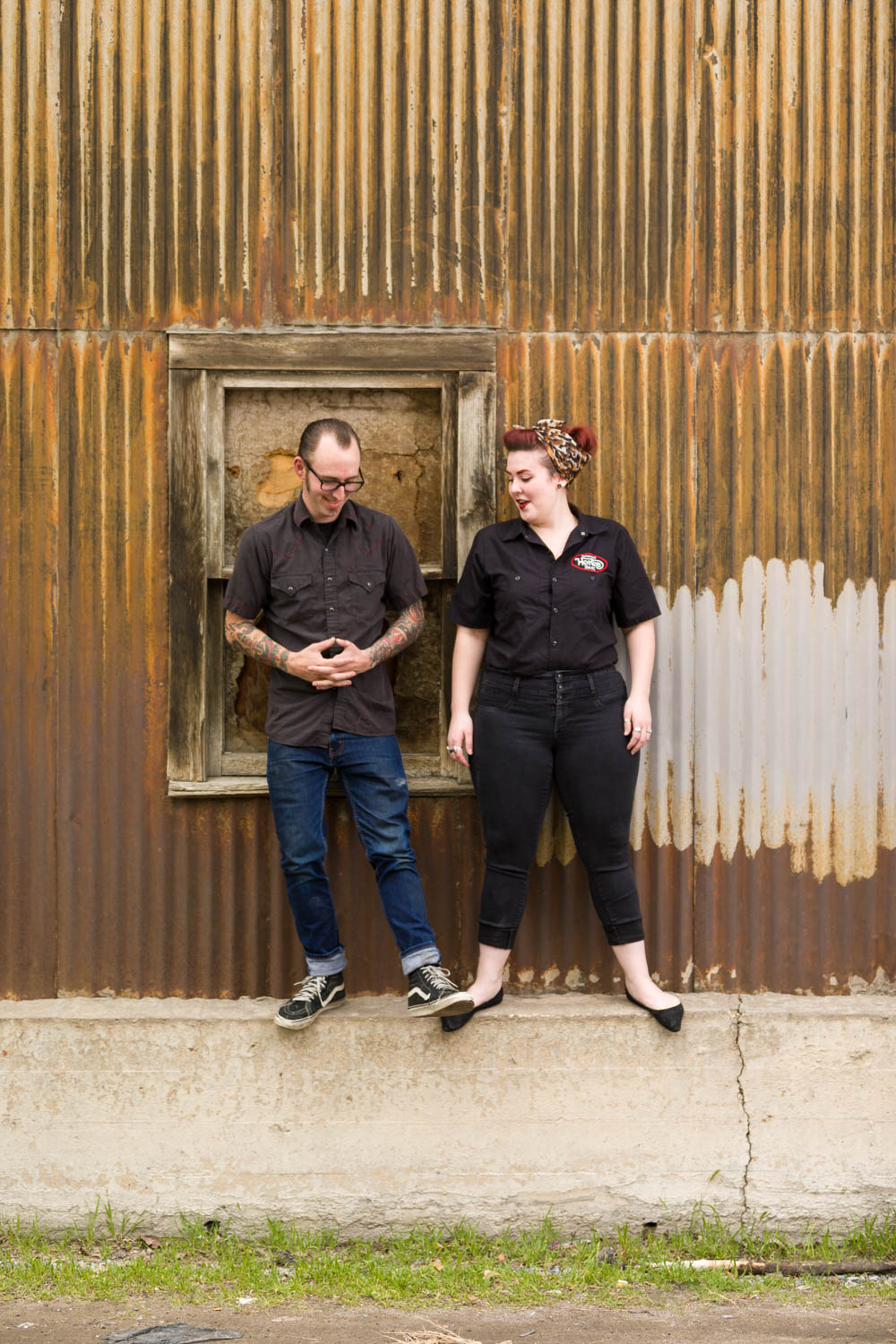 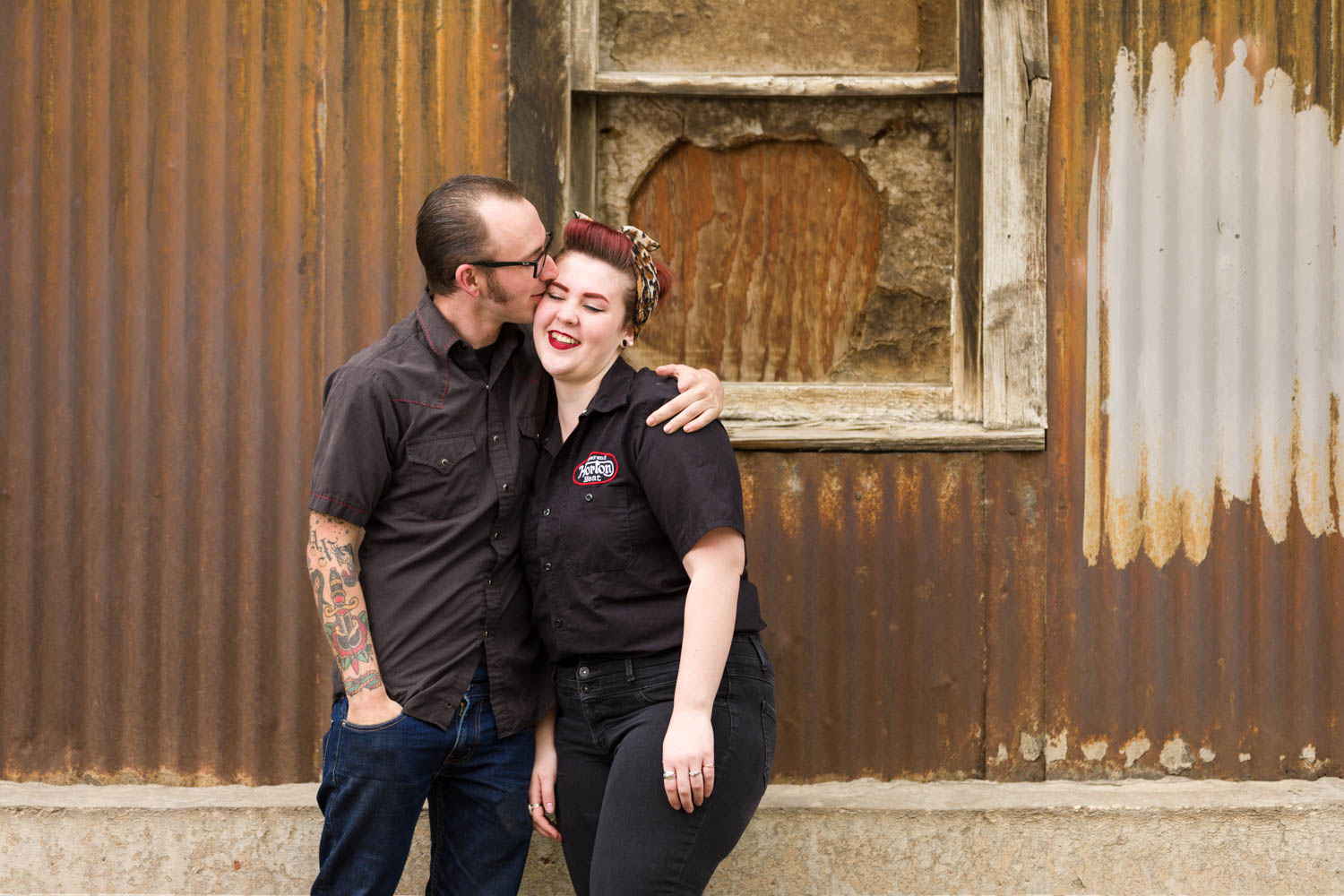 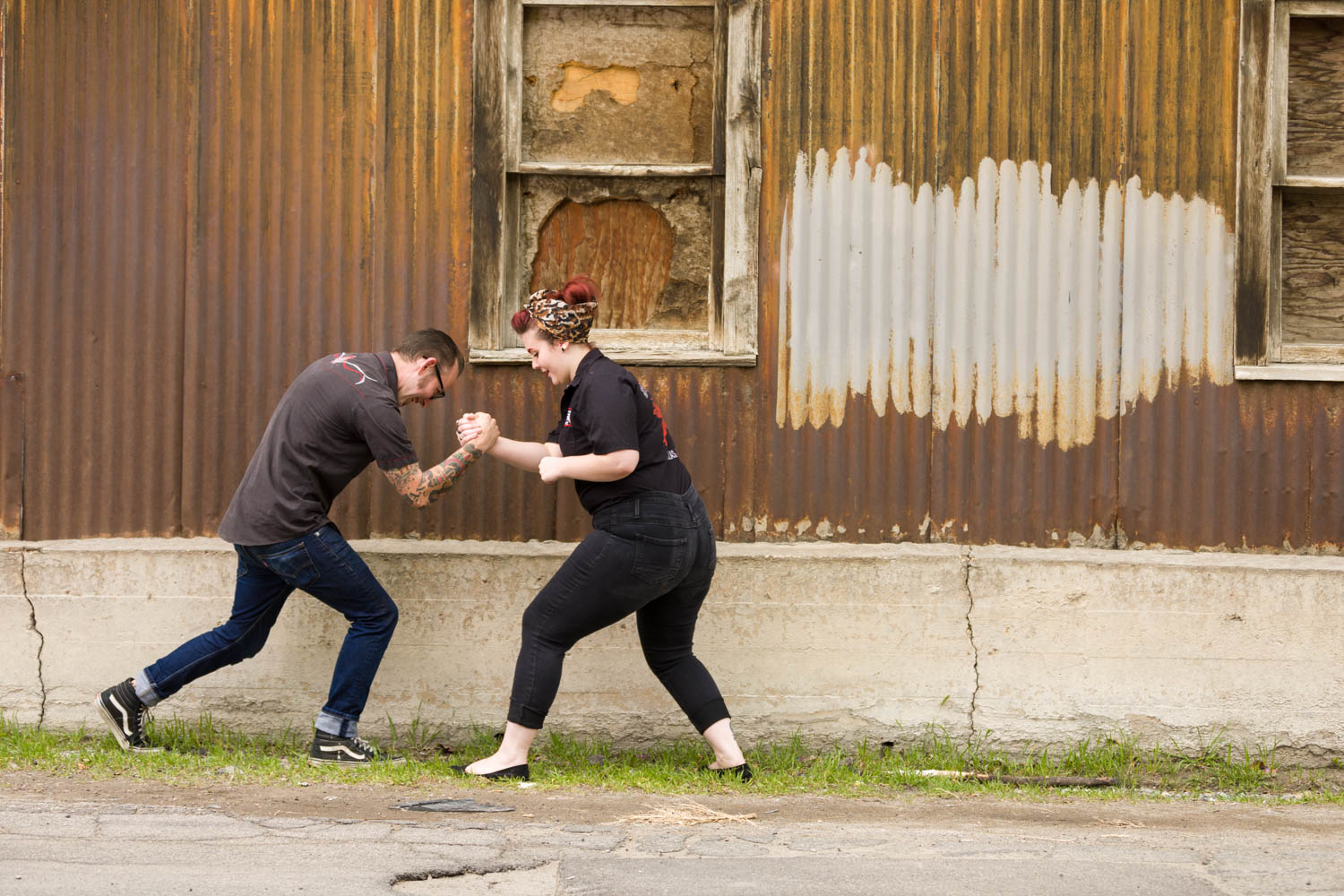 A lot of combat at the engagement session 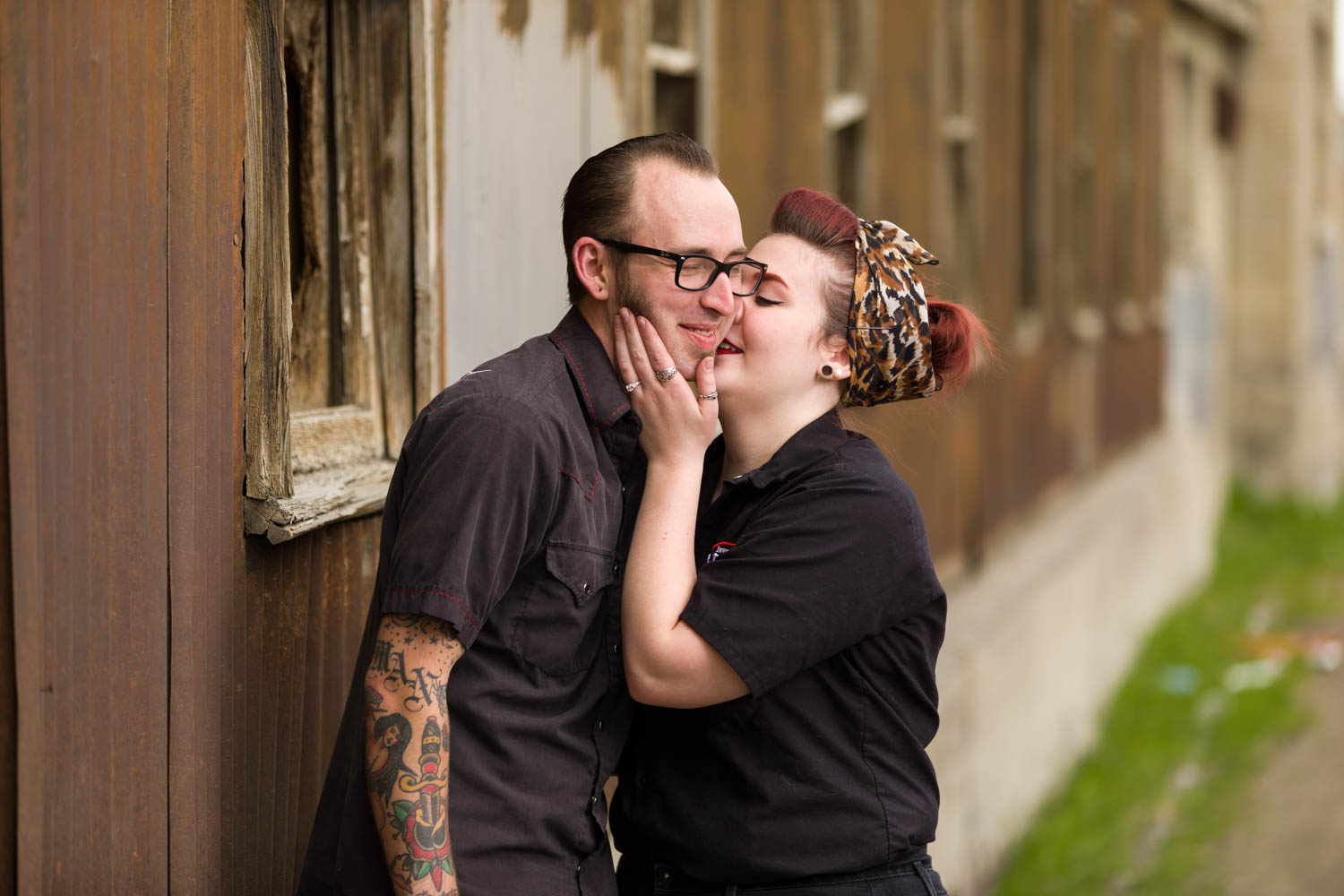 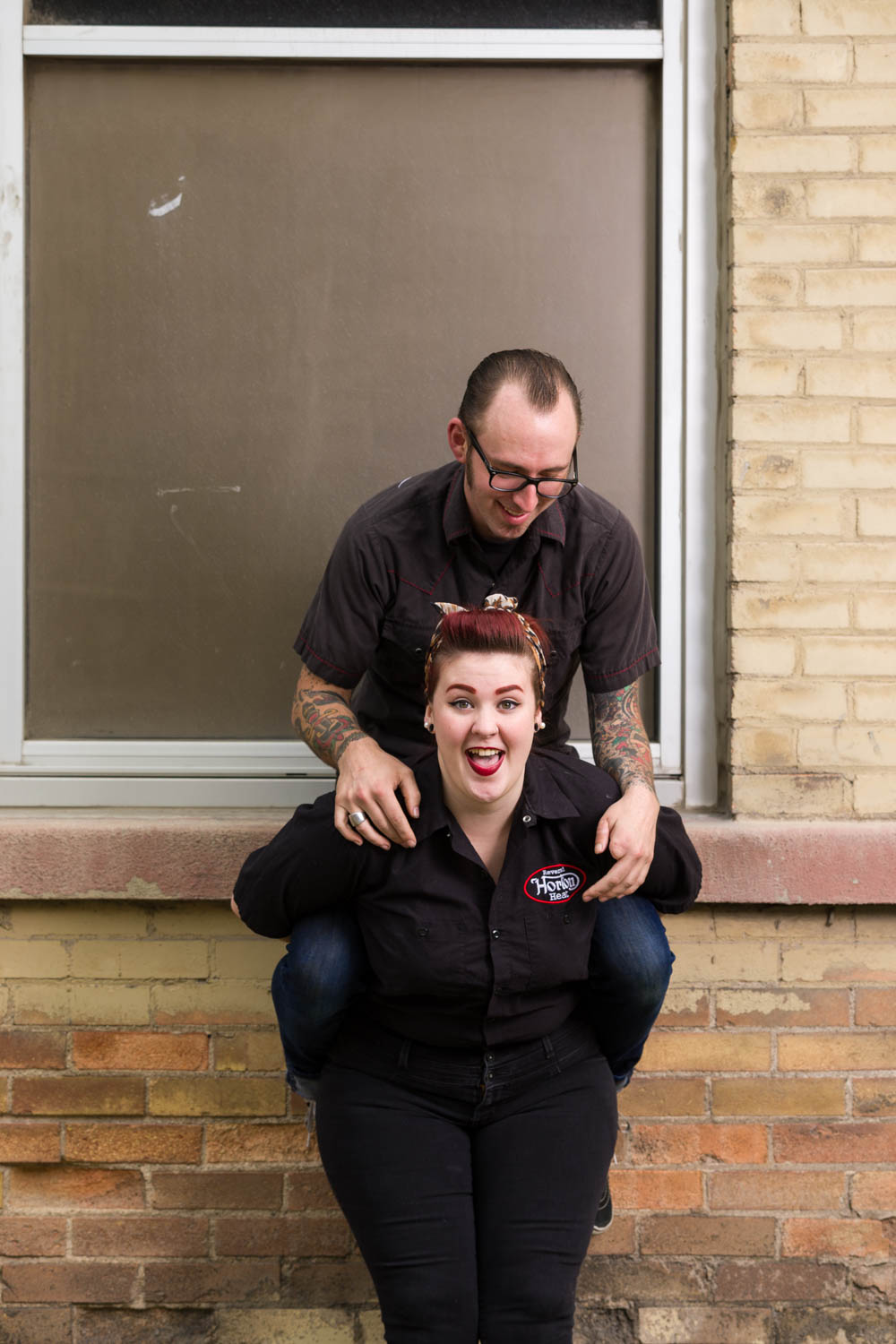 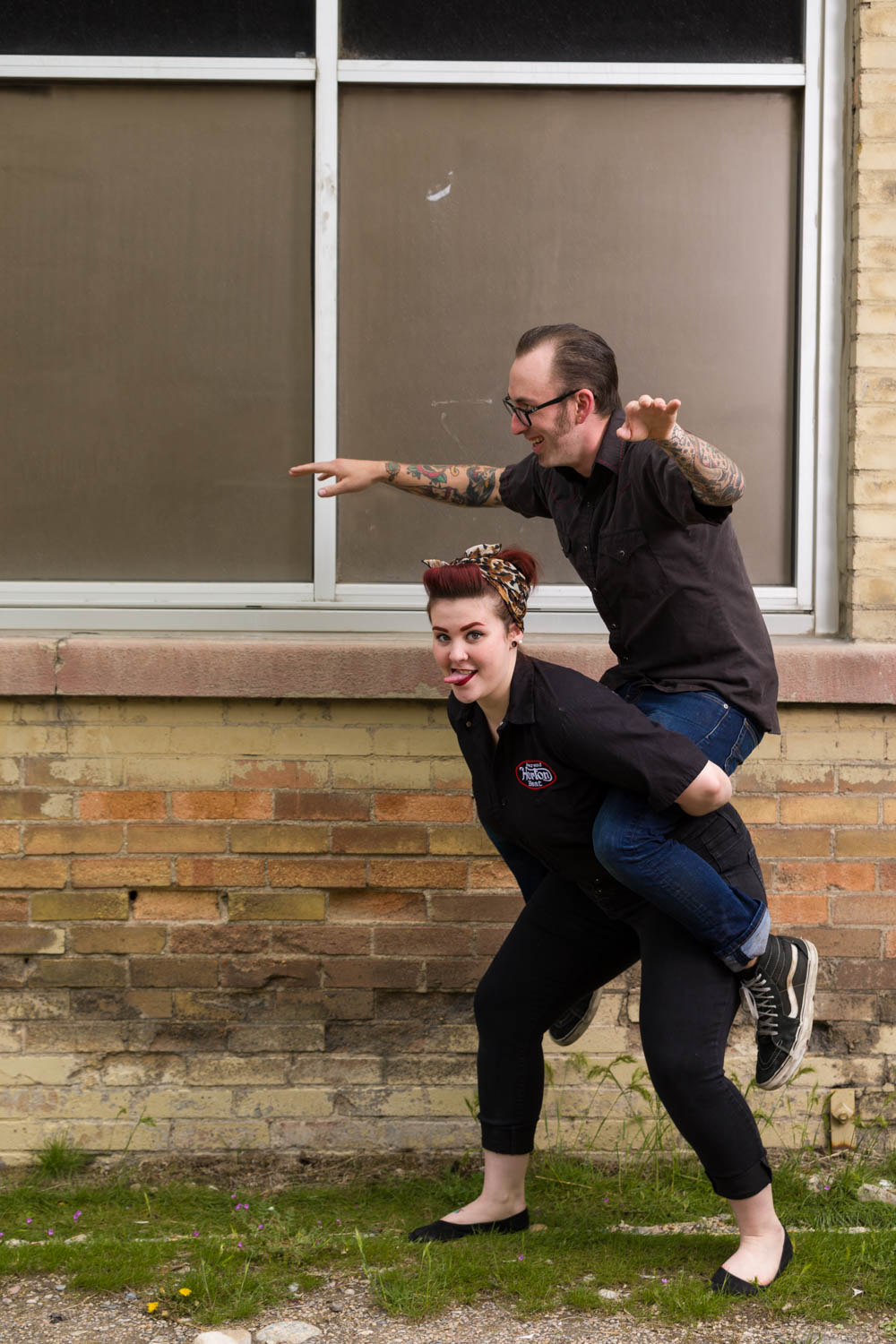 Below every successful man…

I’m sure all the Utah photographers are familiar with these spots. 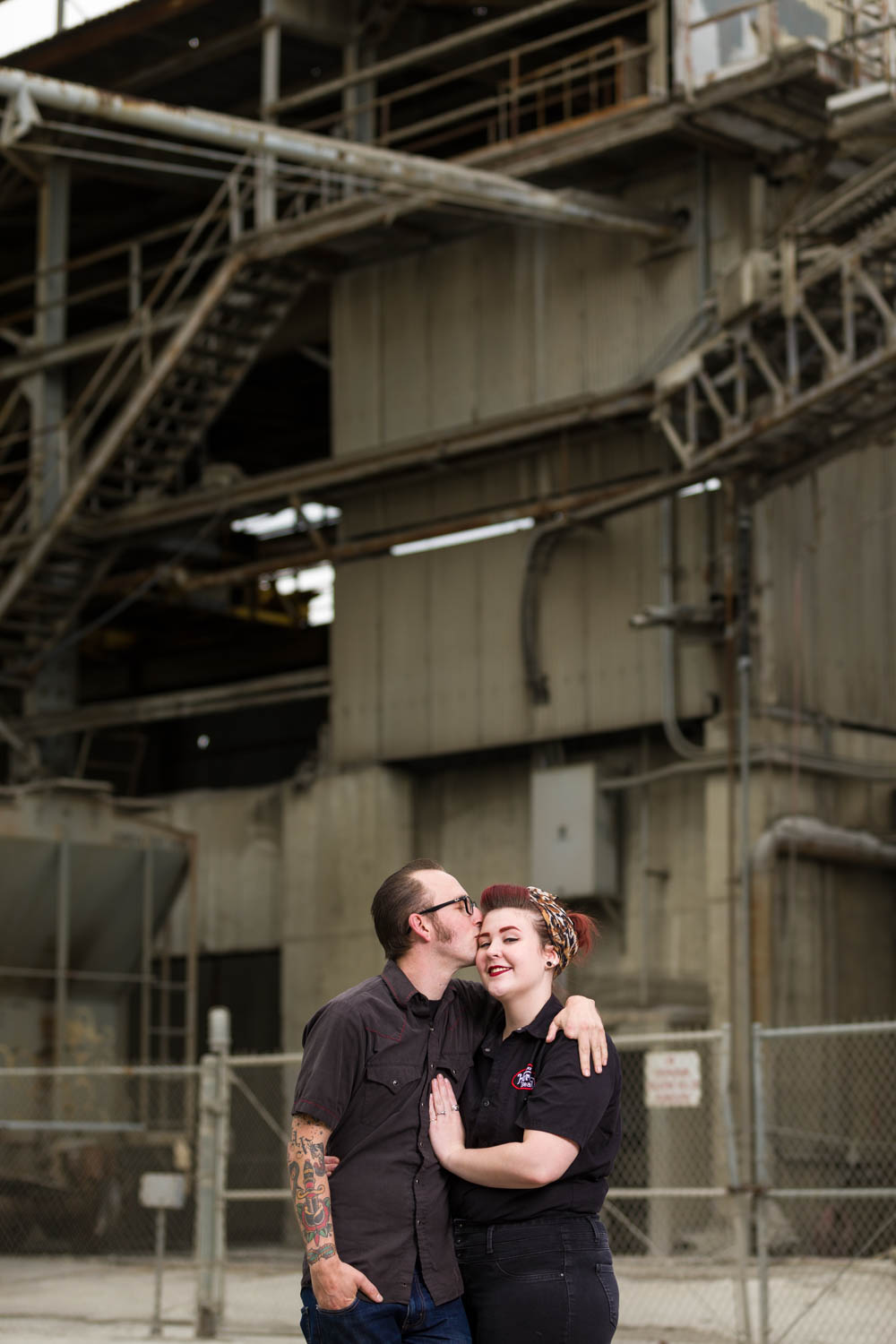 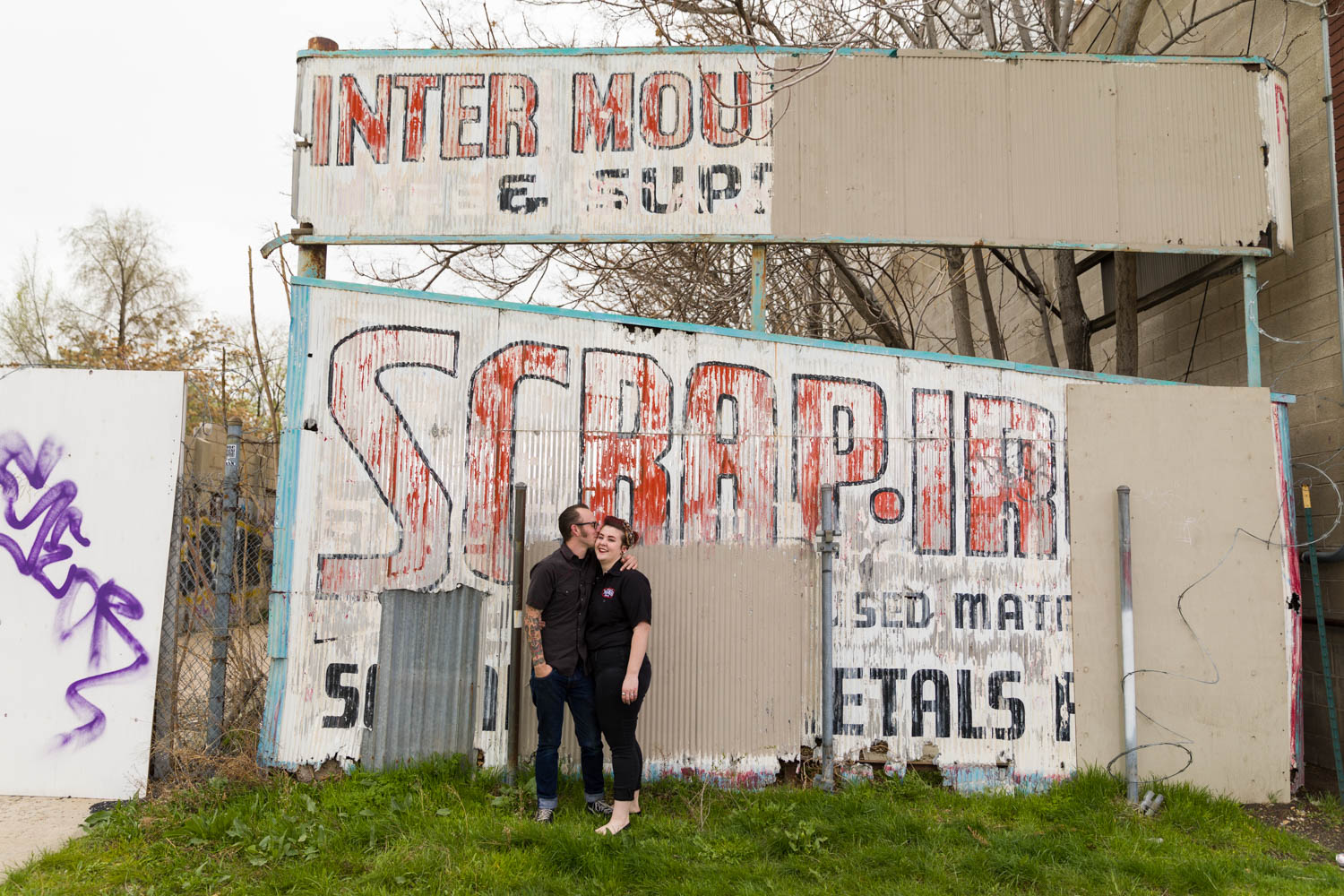 Shooting on weekends often means we won’t annoy local businesses. So we can photograph near cool properties without being in the way. 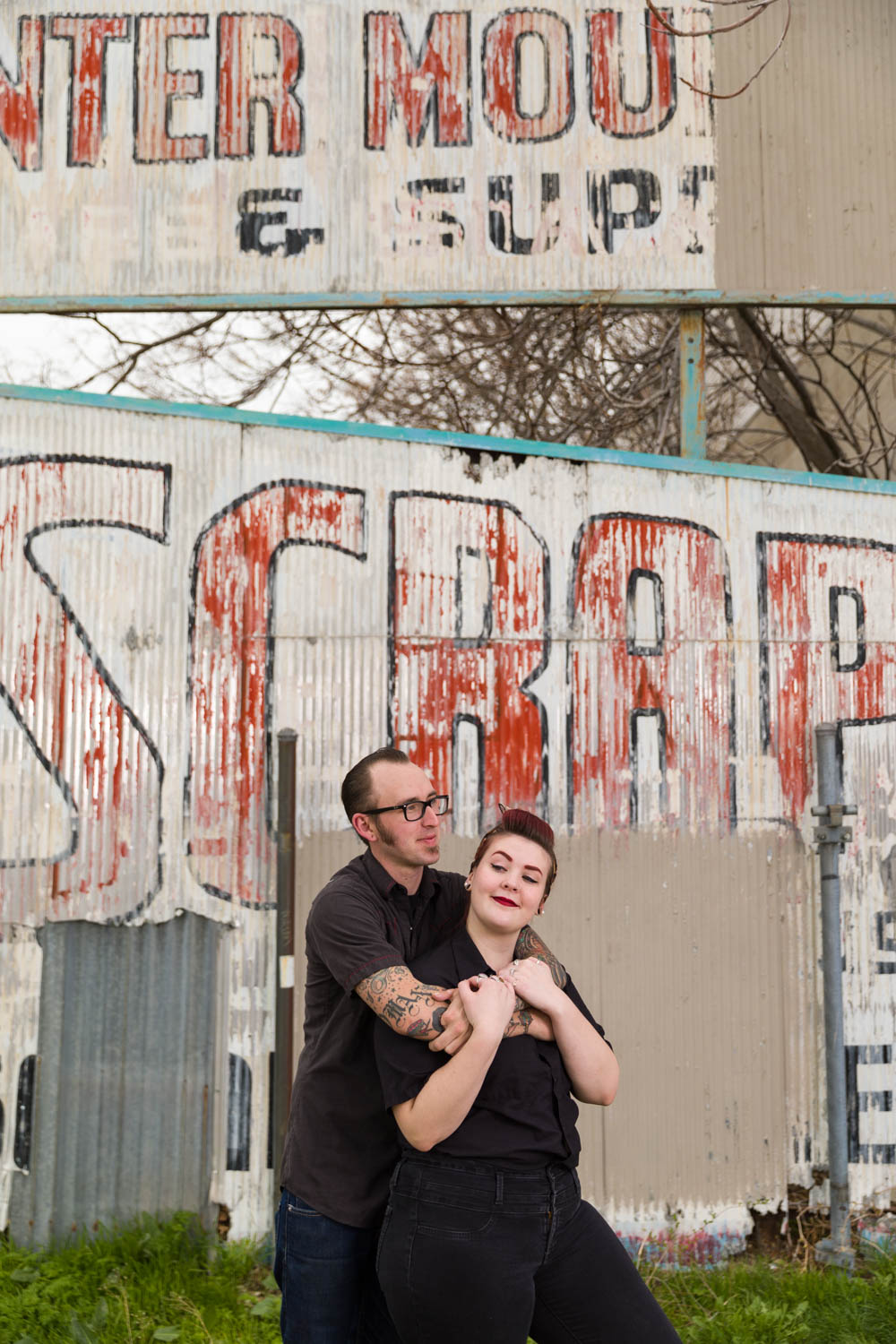 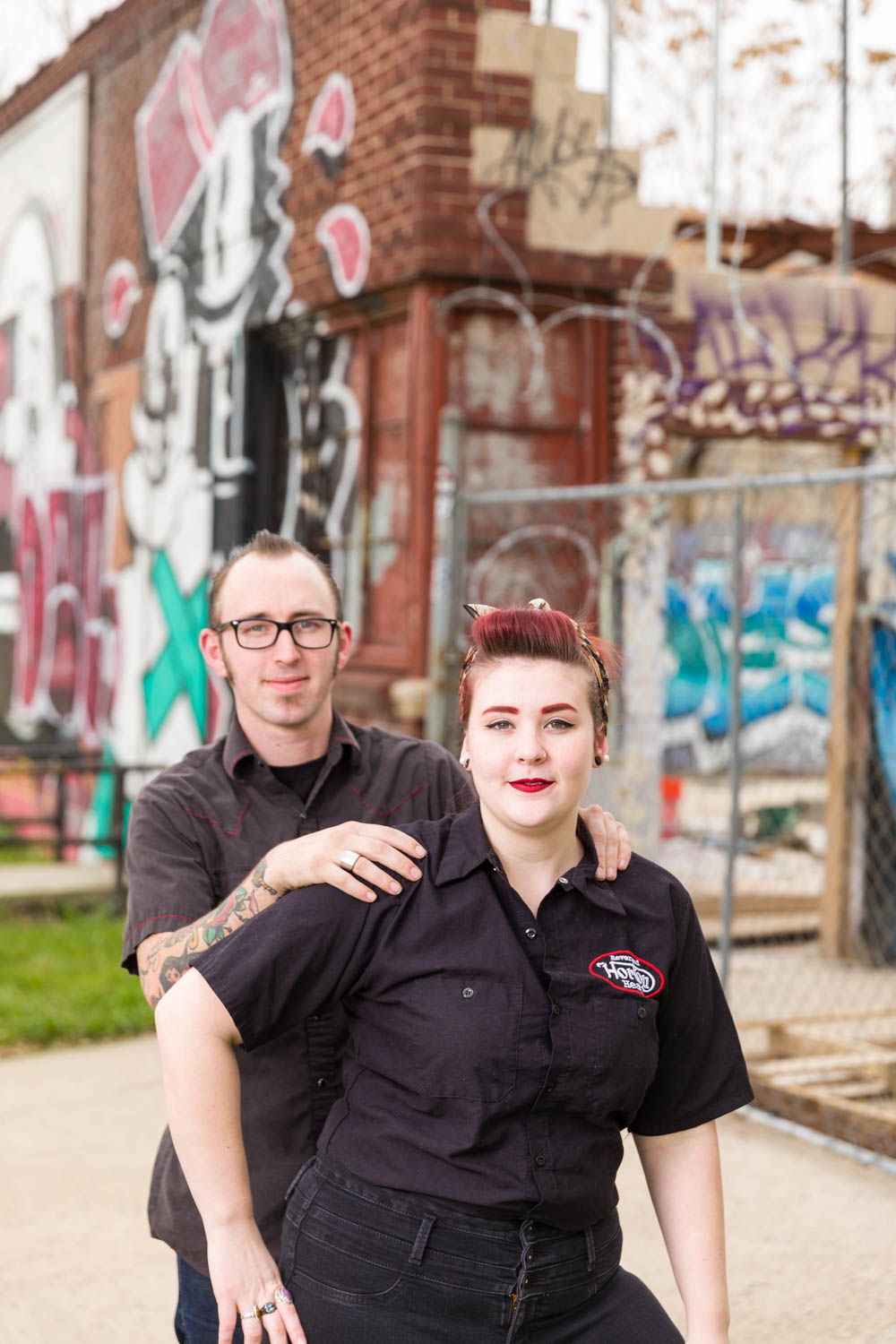 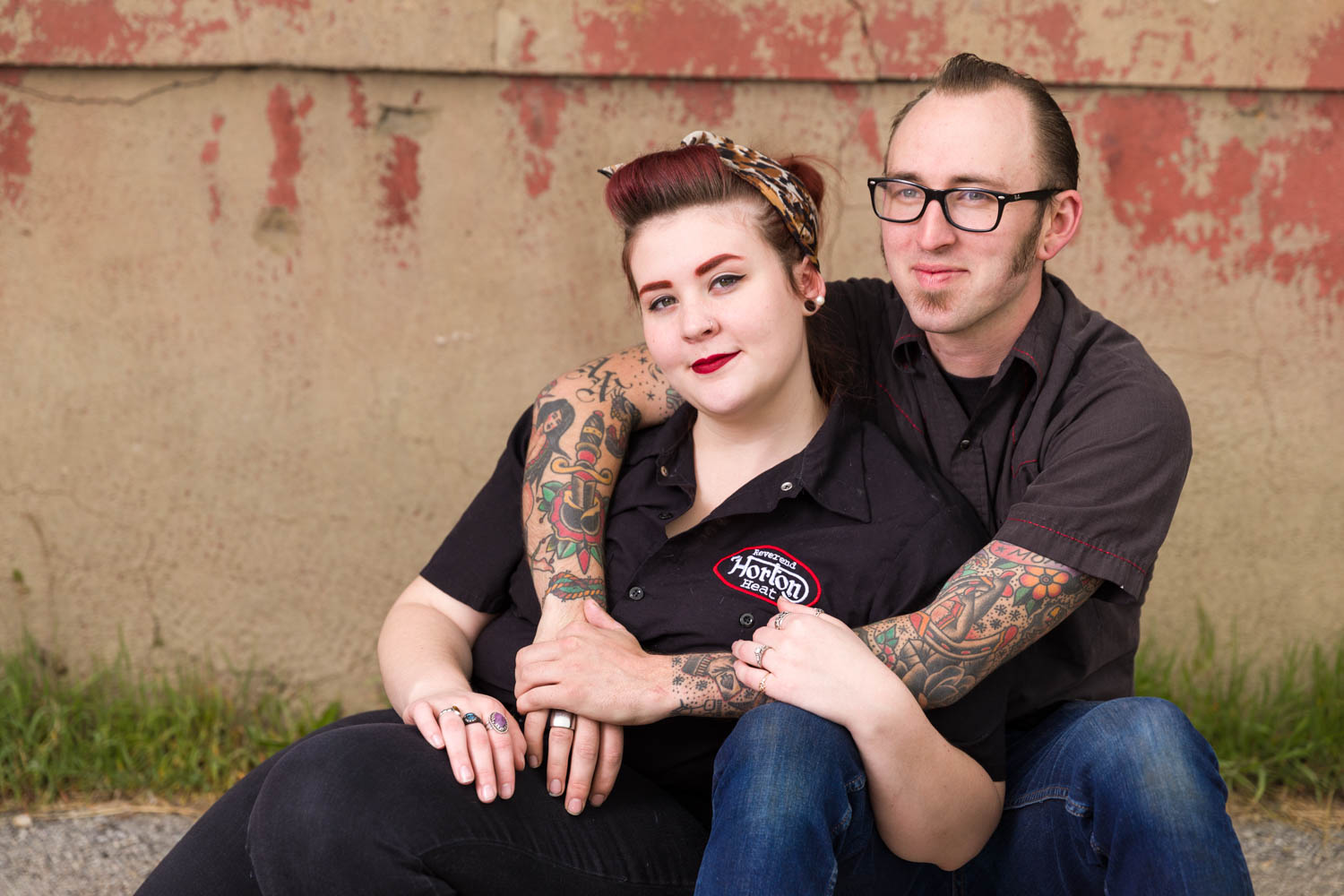 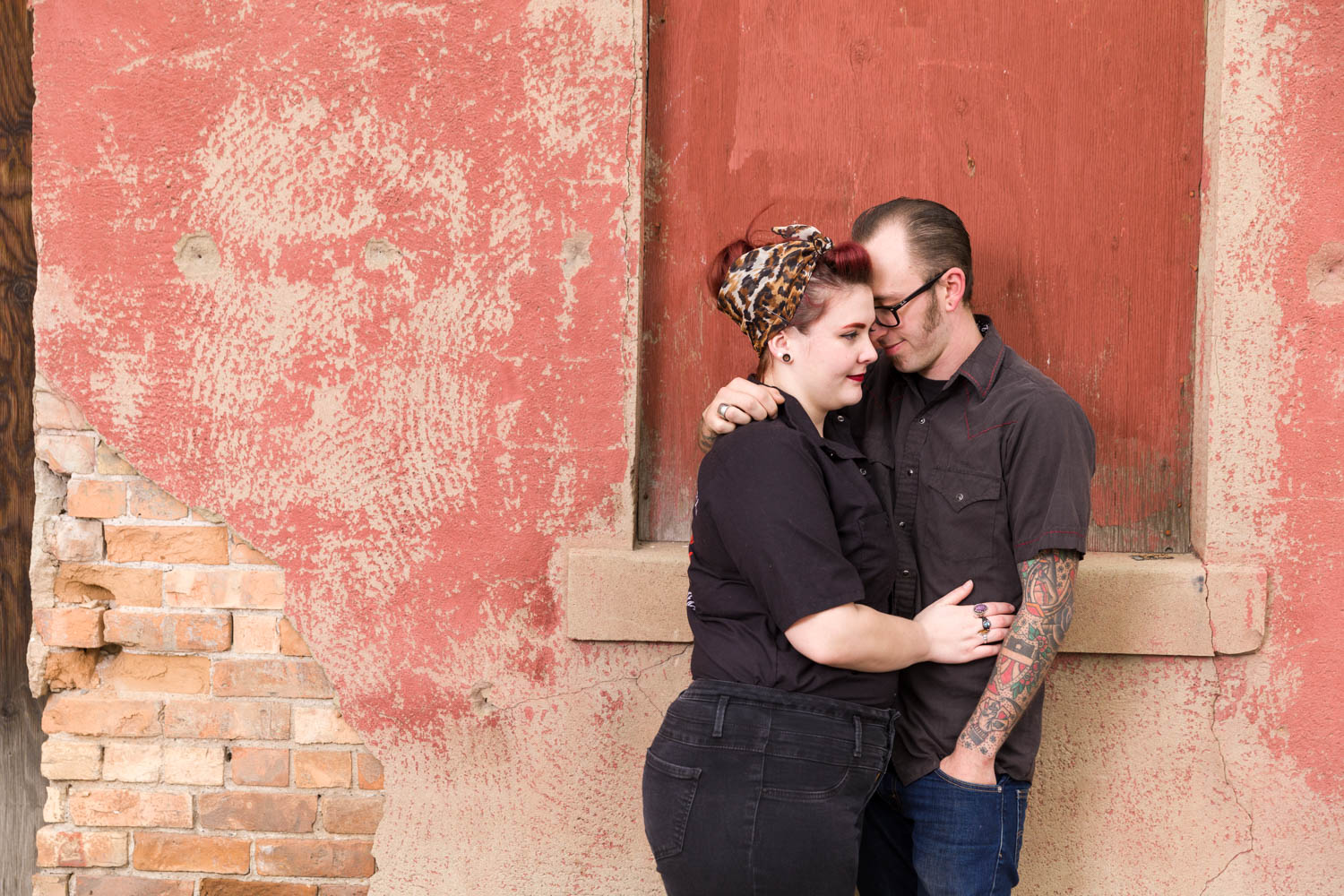 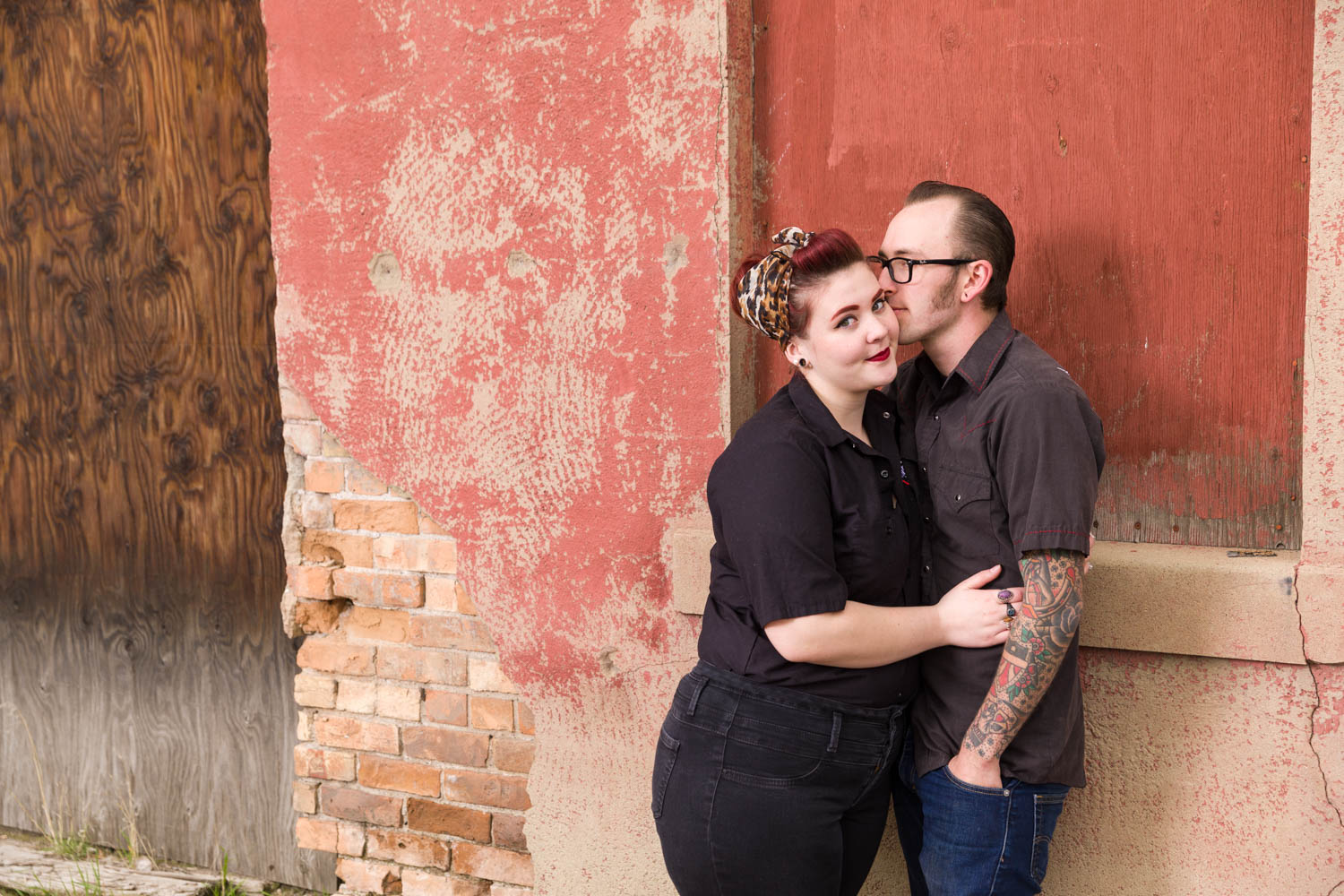 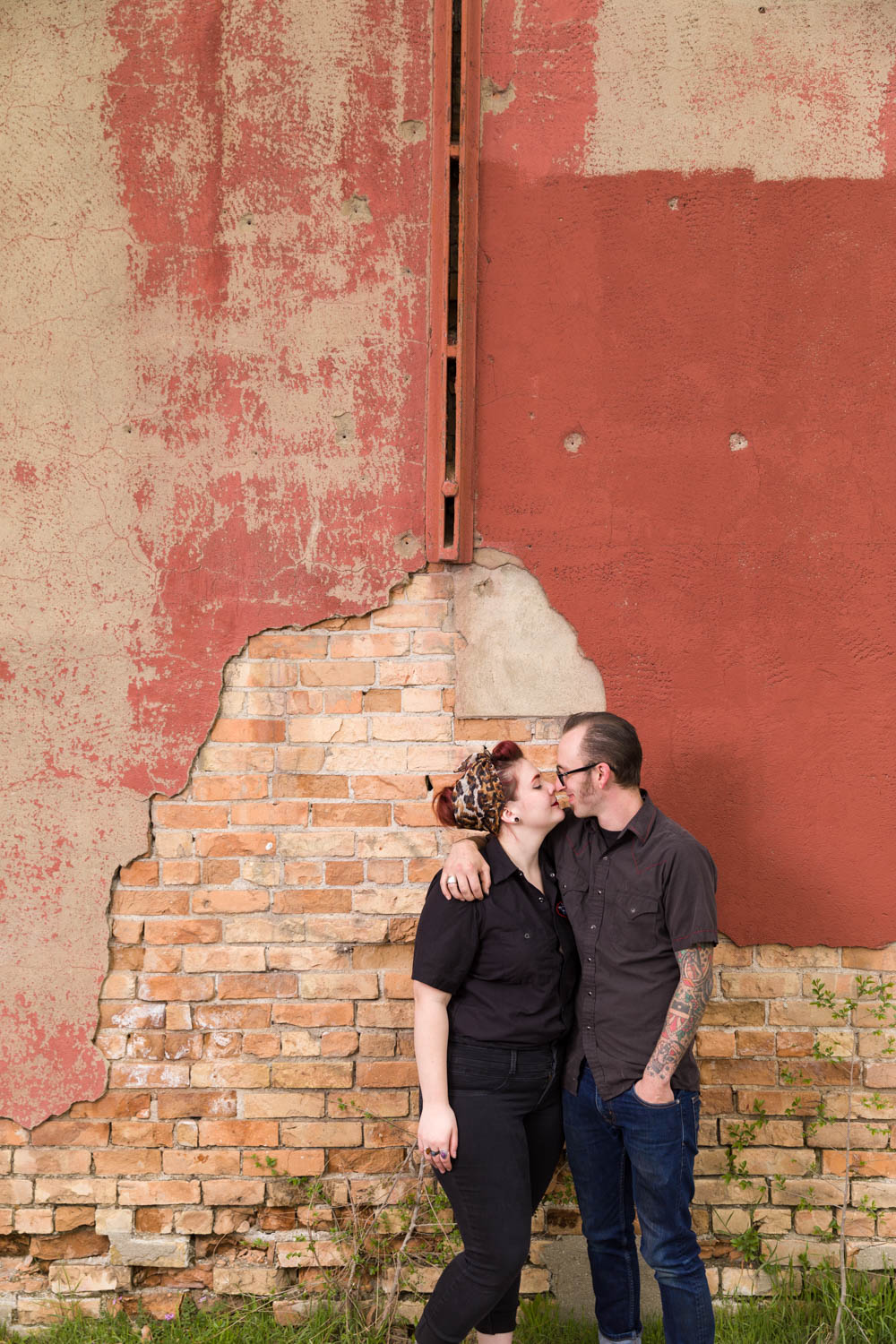 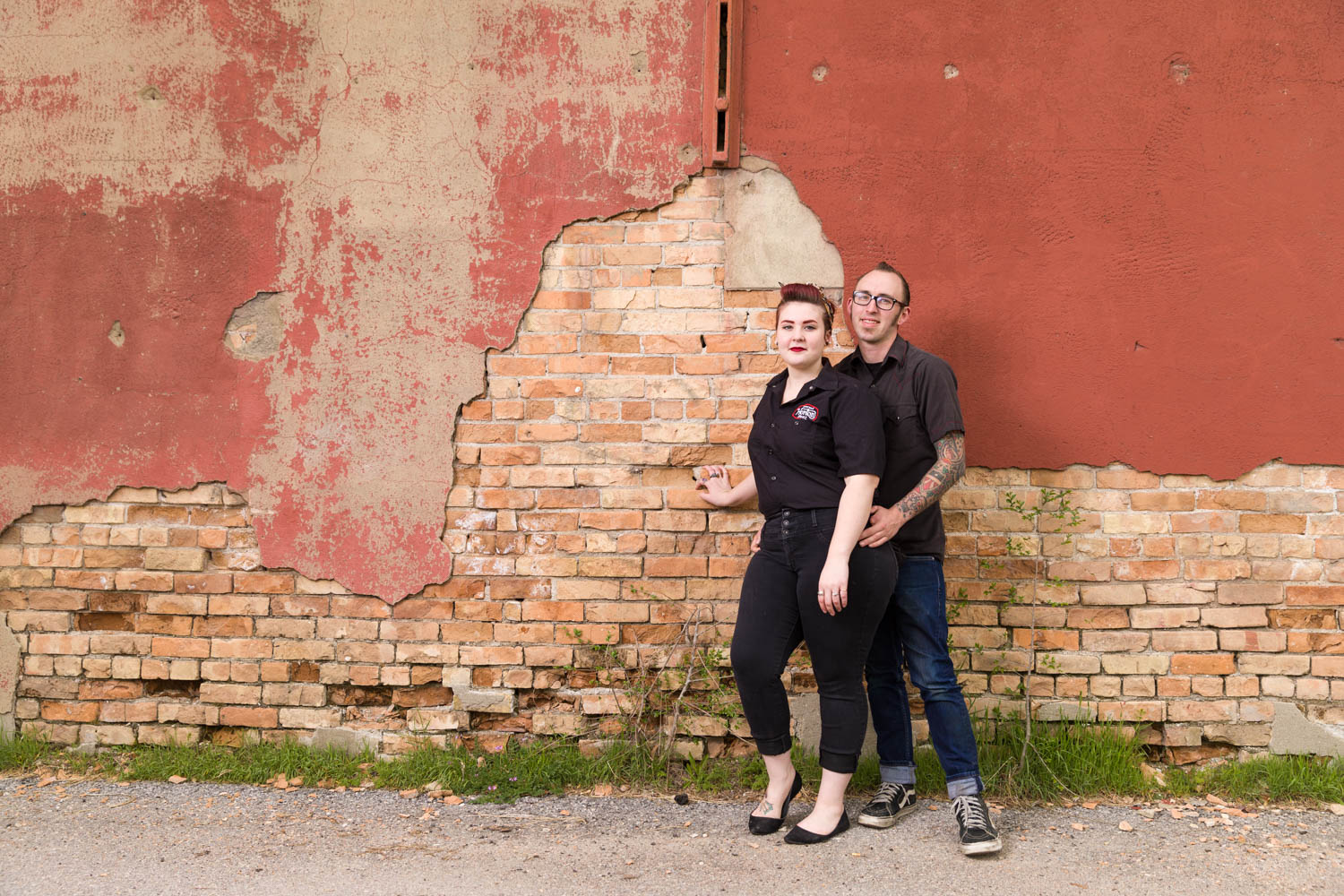 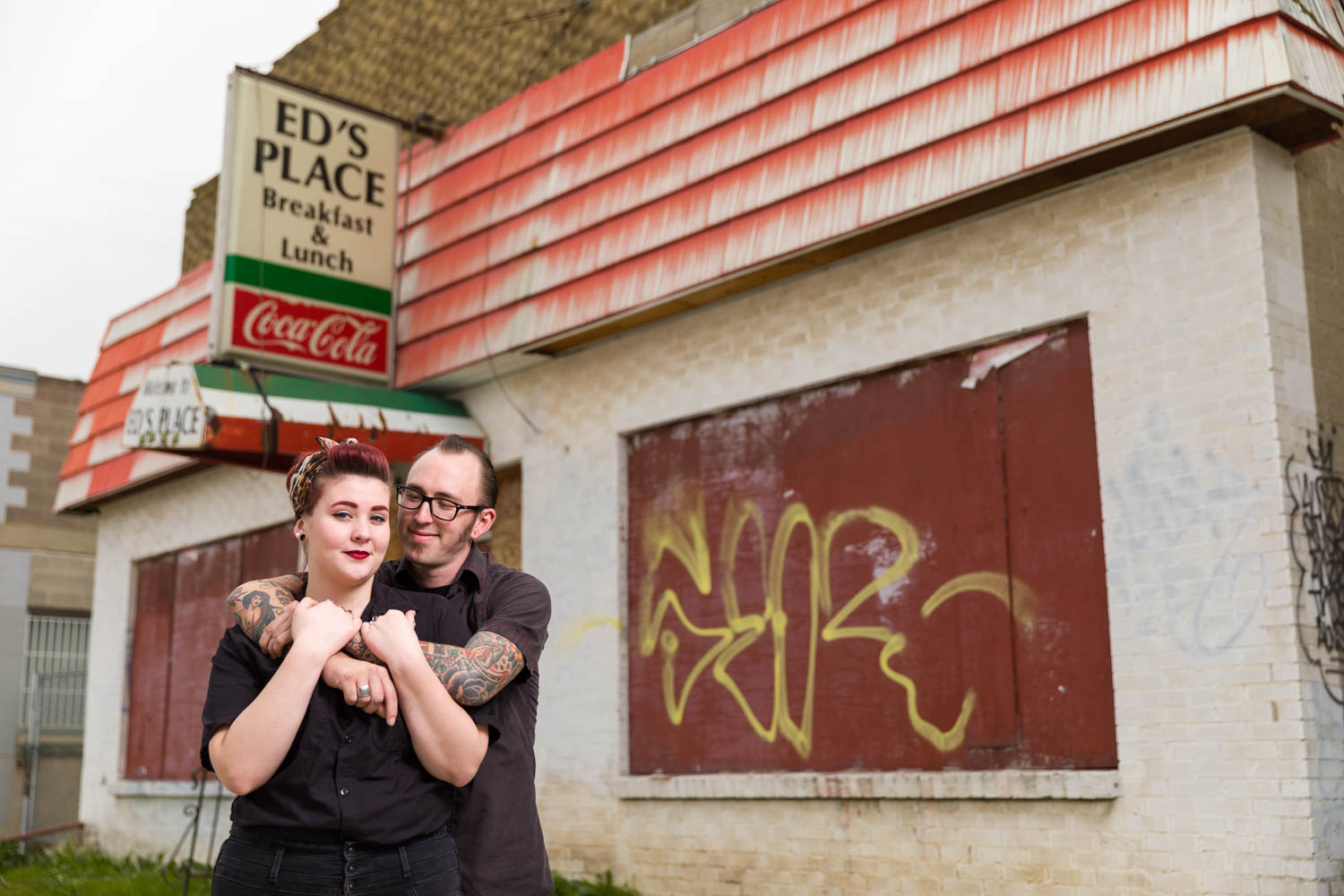 Photos of The Cripple of Inish-Maan by Weber State University