Yesterday we lost a national treasure. Joan Rivers passed away after complications from surgery. As I joked she died doing what she loved… plastic surgery. Joan was one of those people who are naturally funny and constantly funny. She poked fun at everyone and anything. Why? Because anything can be funny and we need to laugh to get through life.

Joan was also the hardest working comedian and entertainer that I have watched from the sidelines. If you haven’t watched it there is a self produced documentary called “Joan Rivers: A Piece of Work” It shows how she was constantly looking for work and constantly looking to book her next show. She was tireless in her desire to work. She was frightened she would stop working and then be in the poor house. There was a time no one wanted to hire her and she pushed through. Watch the documentary and you will be inspired to not quit and to go out there and fight for a job or just to pursue your dream. 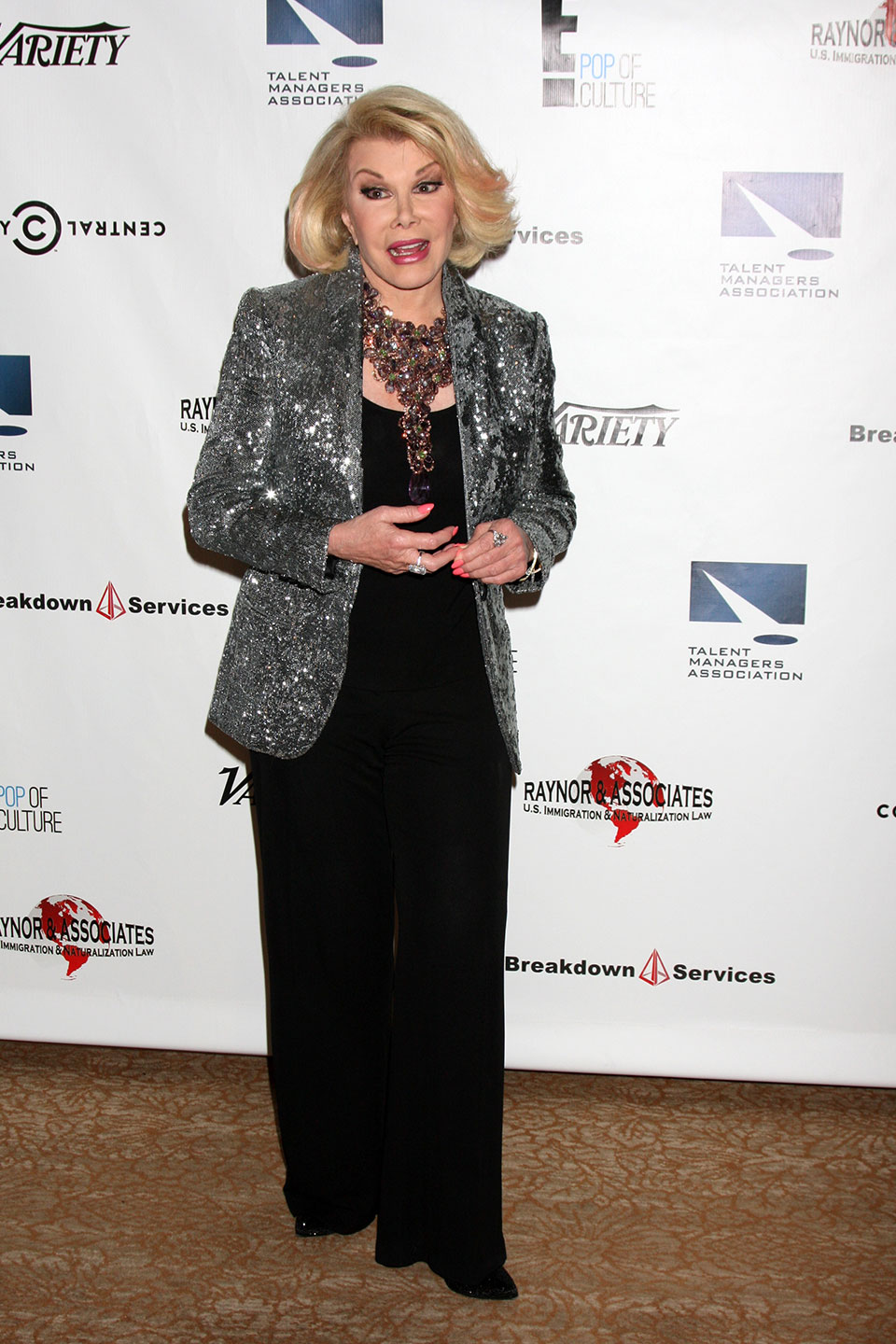 Joan Rivers on the Red Carpet. Photo from Shutterstock.

I had the opportunity to watch Joan Rivers when she stopped in Salt Lake City and performed at Kingsbury Hall. I never laughed so hard in my life. I love stand up comedy and she killed it that night. I have been a fan of her show “Fashion Police” and I don’t know if anyone could ever fill her shoes. She has written a number of best selling books and I have read several of them.

I don’t know why I felt the need to write a blog post. I am a fan and she will be missed. She is an inspiration for creativity, comedy, hard work, dedication, and standing behind her craft. She never apologized for her jokes and she stood by the need to laugh, at everything.

So I am going to continue working hard and pushing forward with photography. And I am going to keep trying to be a comedian and make people around me laugh. Cheers, Joan!

Here is the trailer for her documentary.