The Bonneville Salt Flats can be amazing for a photo shoot and they can be a bust. It is a 90 minute drive from Salt Lake City and sometimes you get there and the weather goes boom. Well, we were lucky for this shoot as we had about 50 minutes to photograph before any rain started. 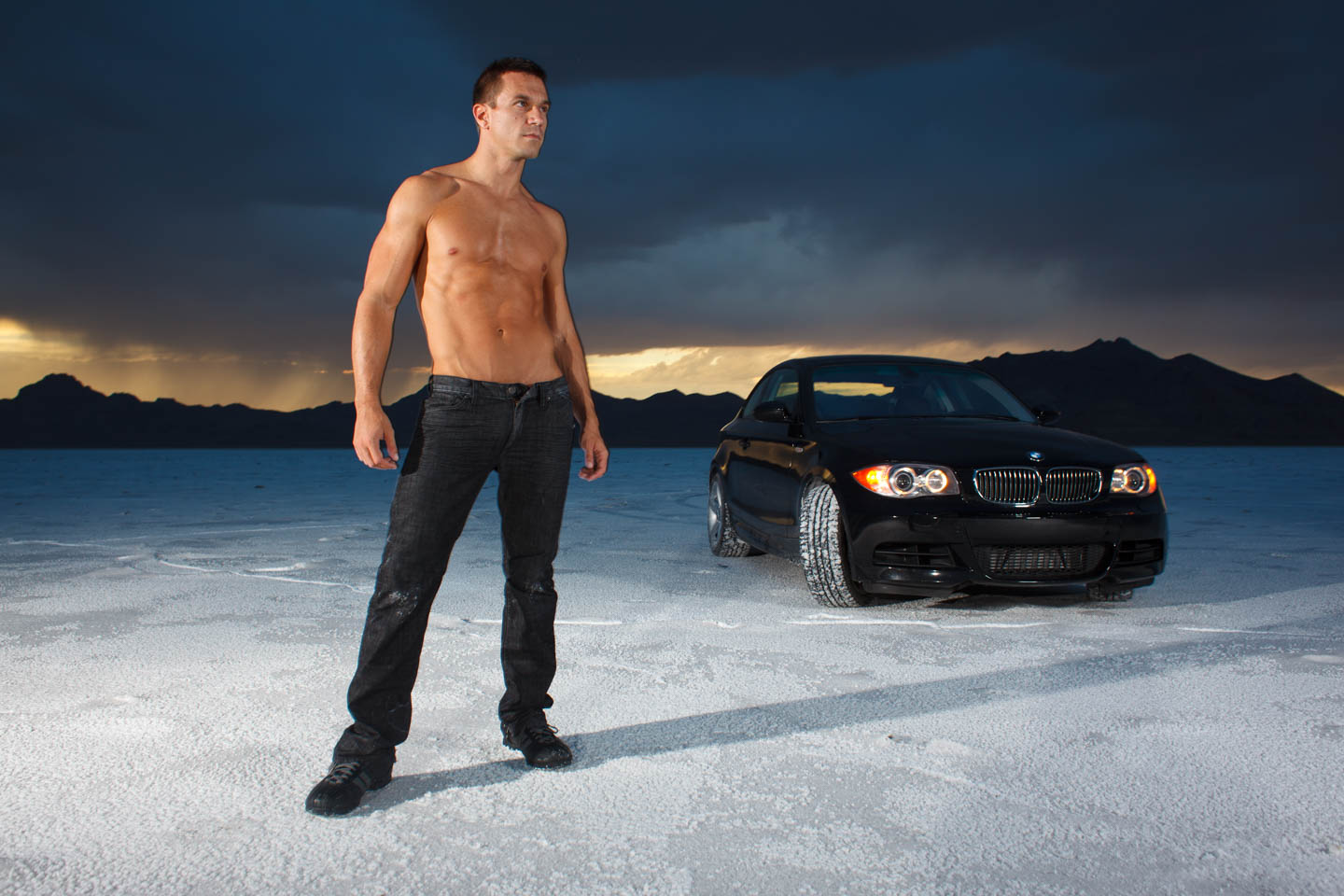 Jacob and his BMW on the Bonneville Salt Flats

Jacob brought out his new BMW for the photo shoot. I think red would have been cool but black is almost as cool. Jacob obviously spends time in the gym and eats the right stuff so having him in front of the camera is a wonderful opportunity to feature the male physique. 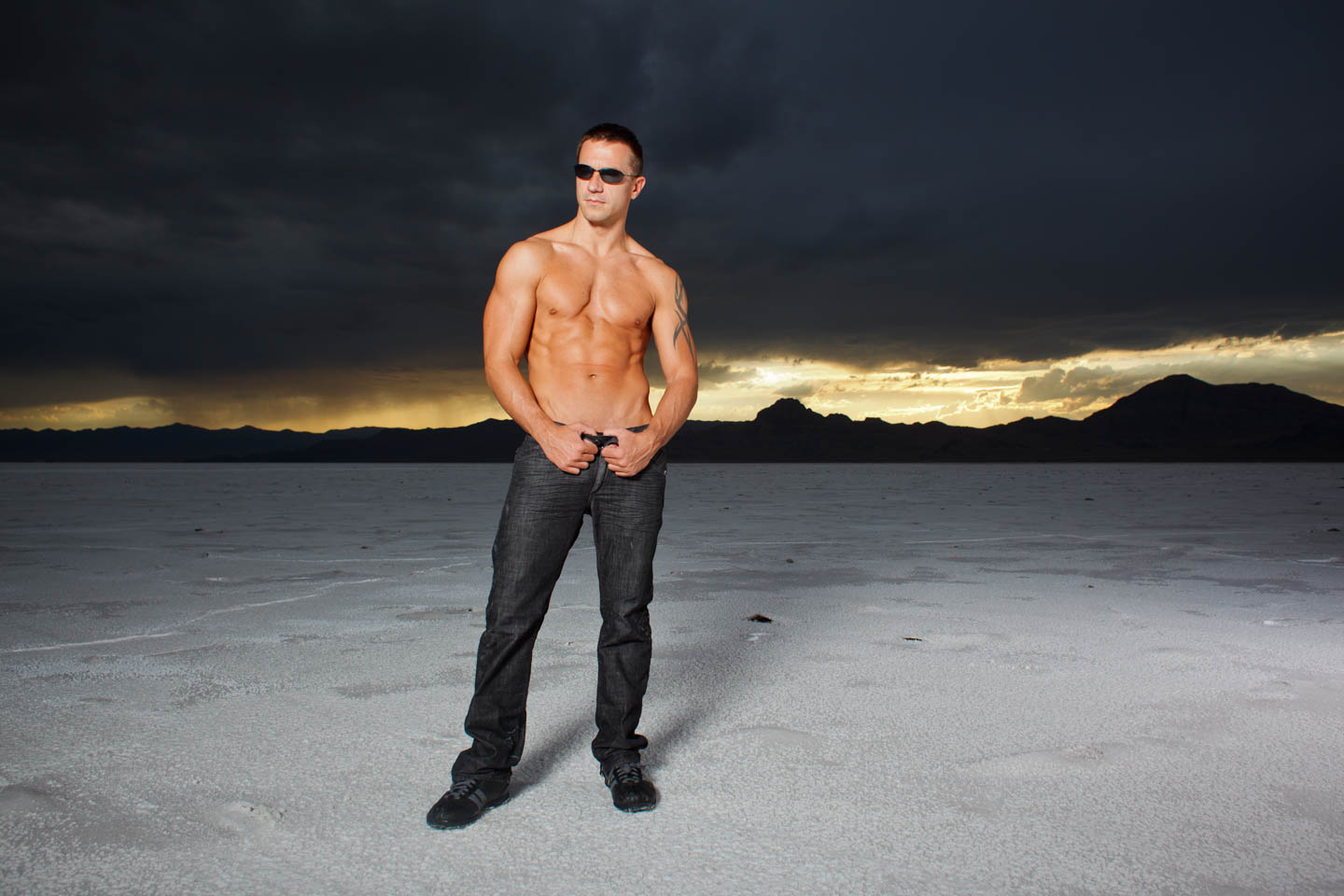 We were sharing the time with two other models. Rich had some time in front of the camera and I have already blogged some of his photos. And since both Jacob identify and gay and/or bi we have another blog post where they share a couple moment (it’s pretty hot). 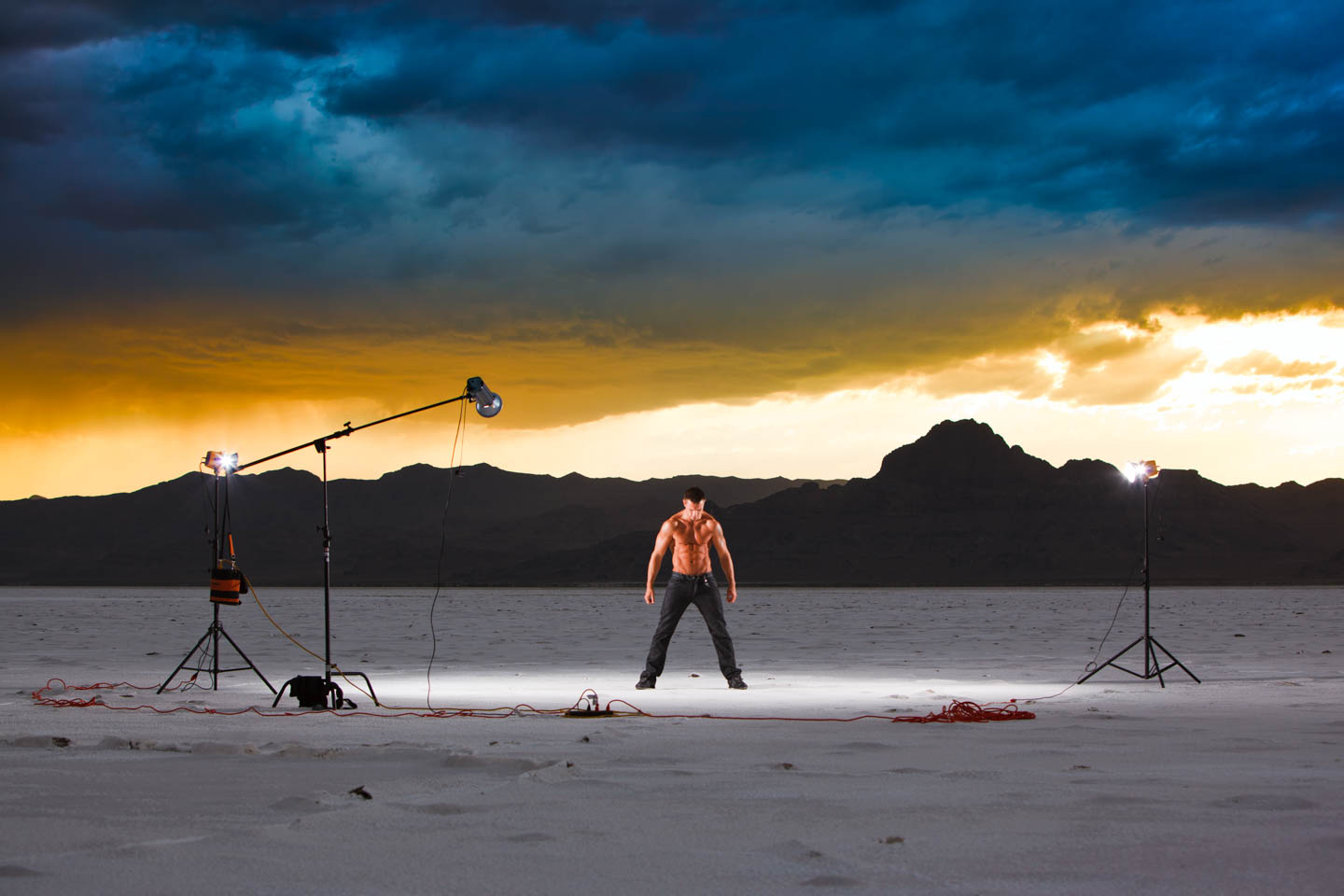 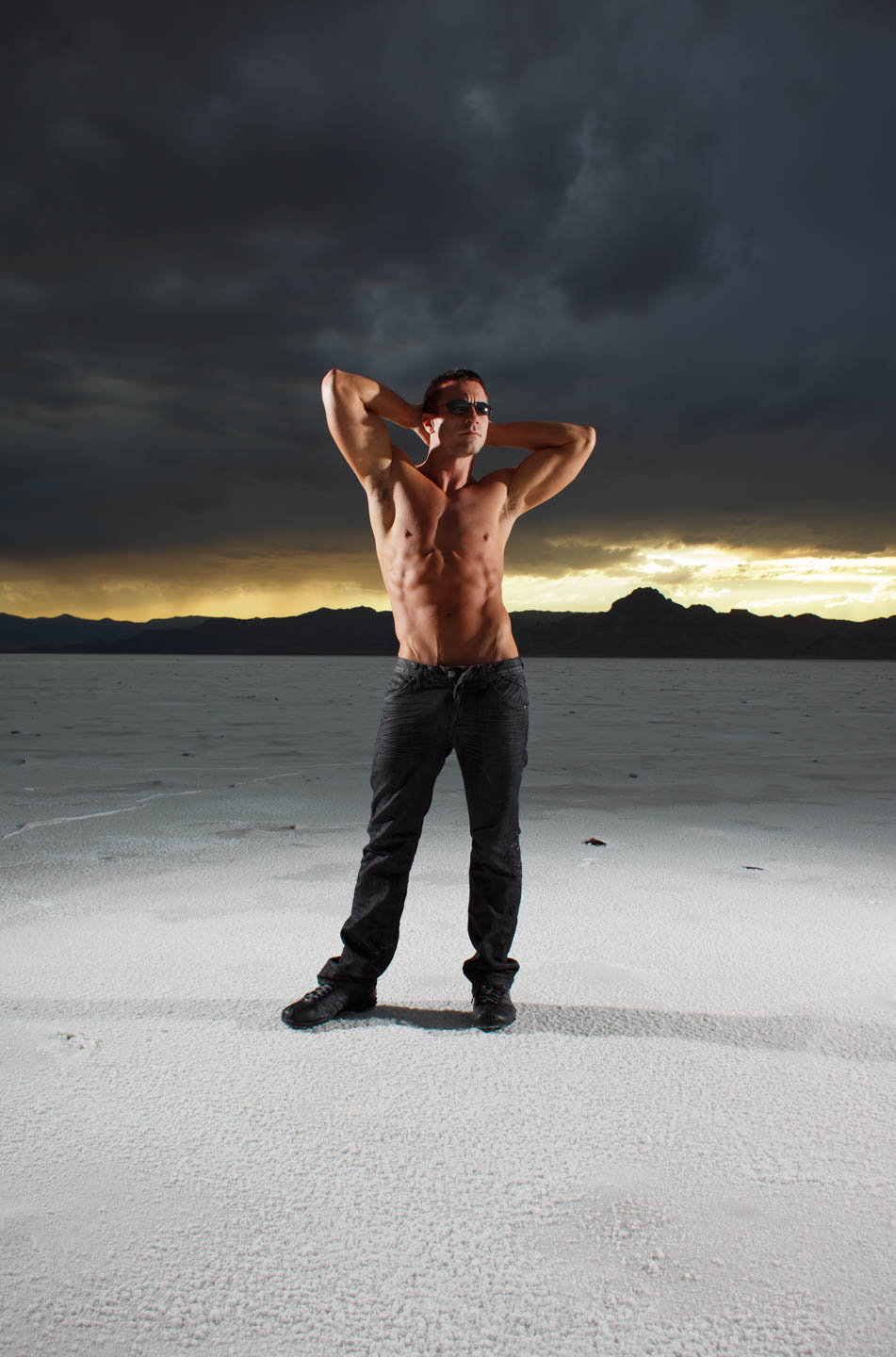 Jacob will be moving to North Carolina but he says he will return to Salt Lake every so often so hopefully we can have some photo shoots again. 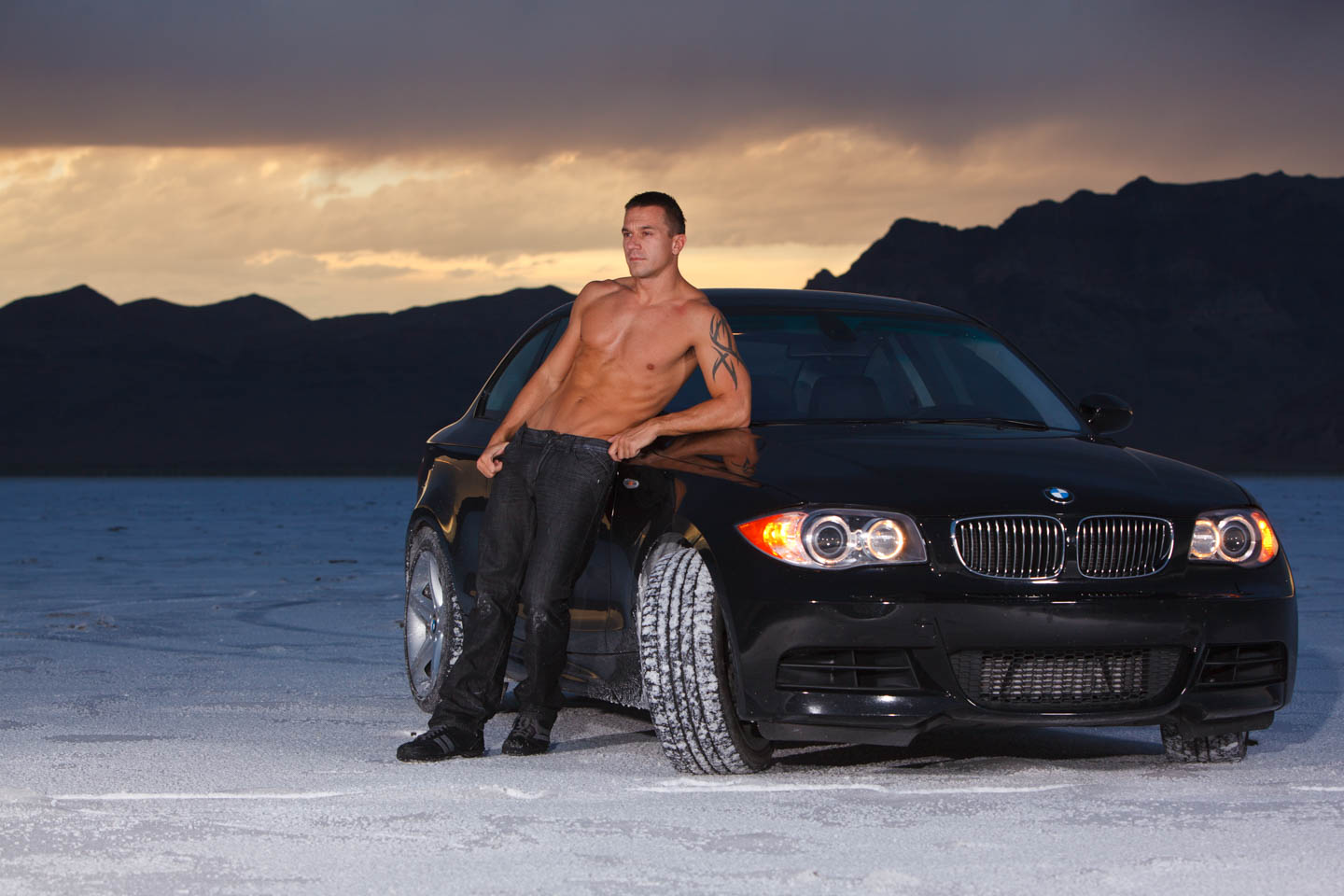 Jacob and his BMW on the Bonneville Salt Flats 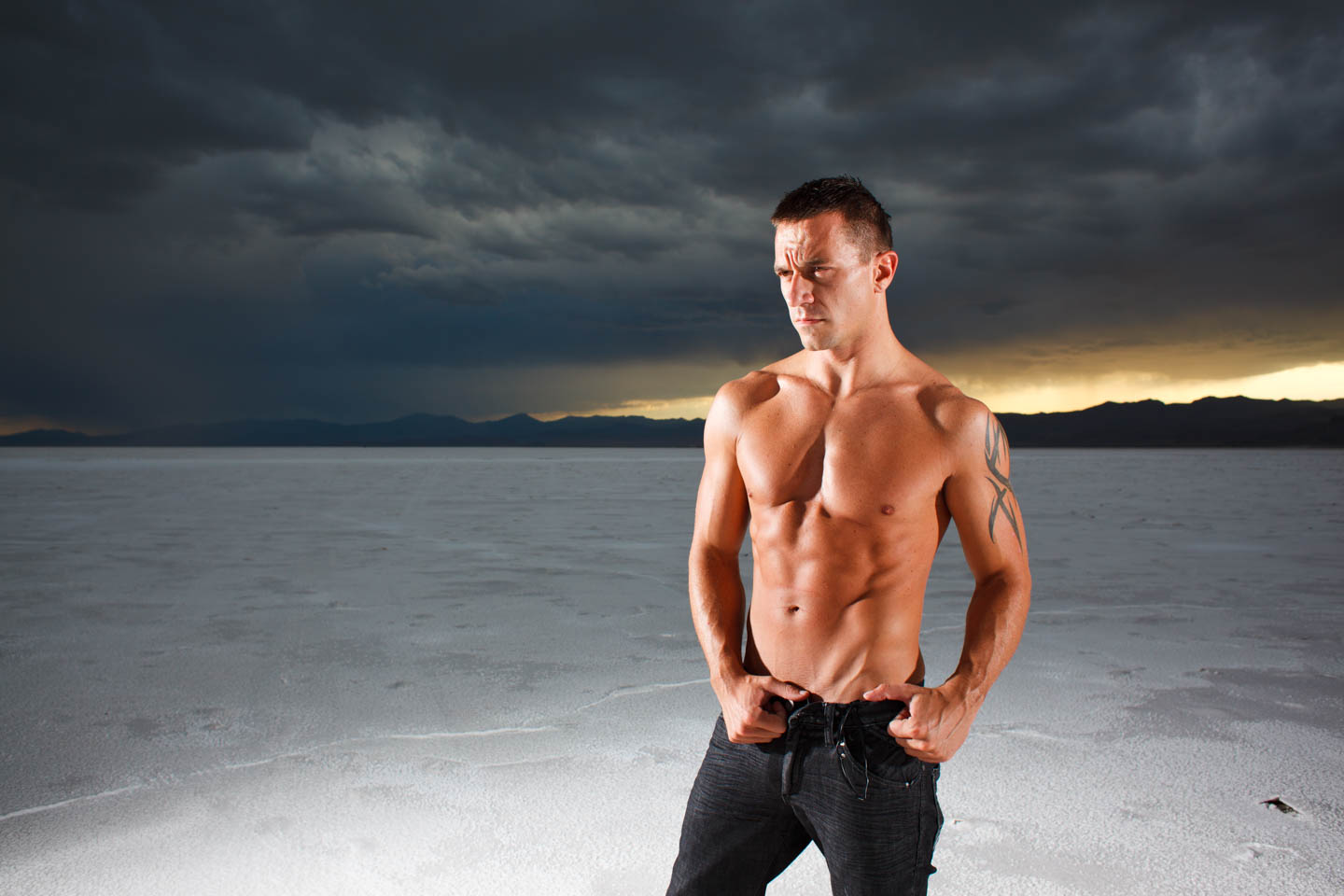 Jacob models for the photo shoot on the bonneville salt flats 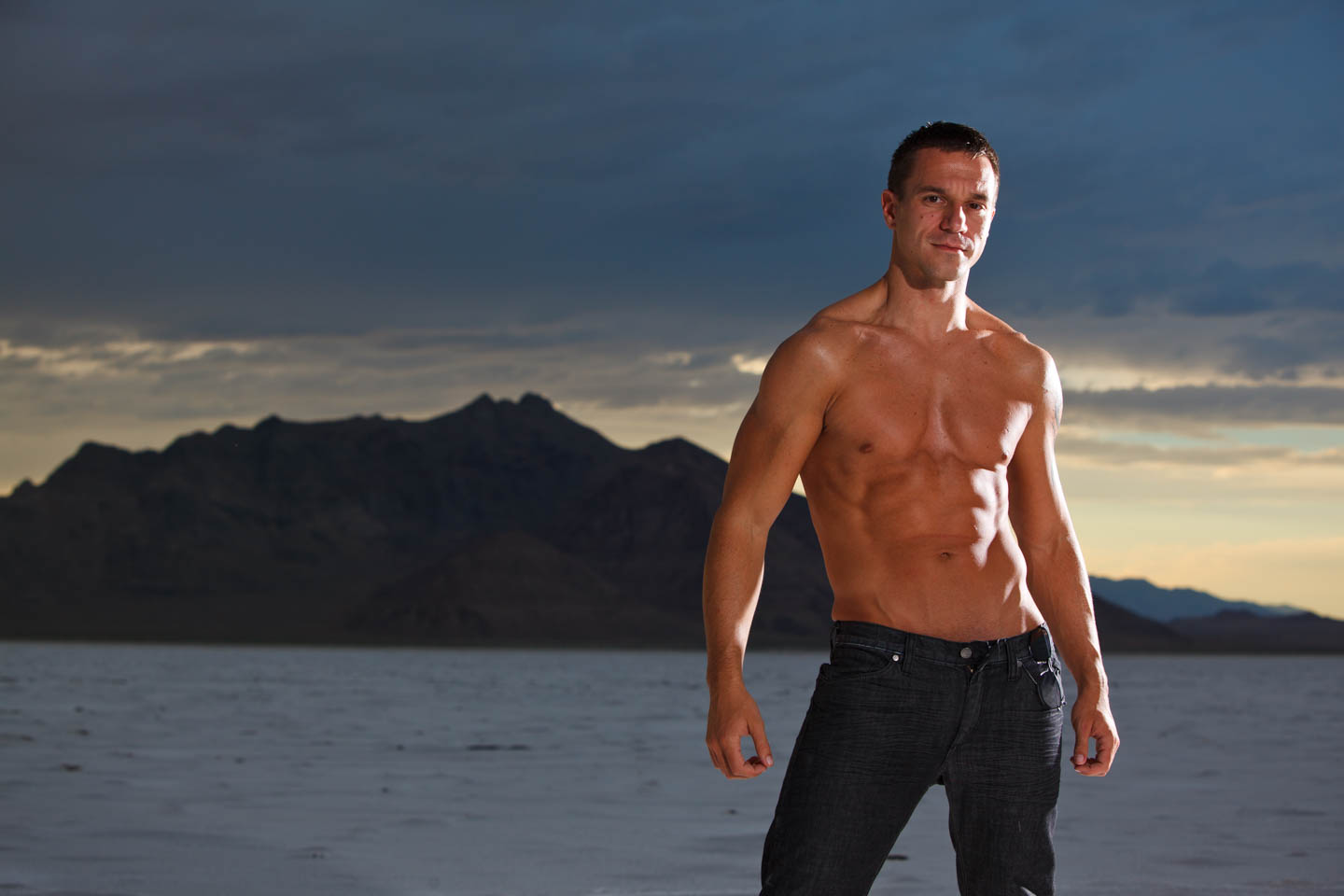