Top Posts
Family Photo Session in Memory Grove with the...
A Surprising Location for a Portrait
Leasey Family Portraits in Studio
A Before & After from Photoshop Retouching
An Orem Wedding in the Time of COVID-19
Maya’s Fashion Portraits on the Bonneville Salt Flats
Dave & Doug’s Family Photo Shoot in Big...
Children Photo Shoot in Big Springs Park in...
Autumn Portrait Season is Around the Corner
Time is Running Out to See the NEOWISE...
Home Events I am the Family Birthday Photographer, Getting Creative
Events

I am the Family Birthday Photographer, Getting Creative

I don’t know if this is true for every photographer, but I am the official family photographer. My sister and her 4 kids love this fact! Heck, I even photographed 2 weddings for various siblings. I’m not charging my immediate family. This is my giving thanks to the “birth givers.”

One big benefit is I get to do some practicing I get a free license to get creative. In this birthday my nephew was turning five and they had a cake inspired by Pinterest. 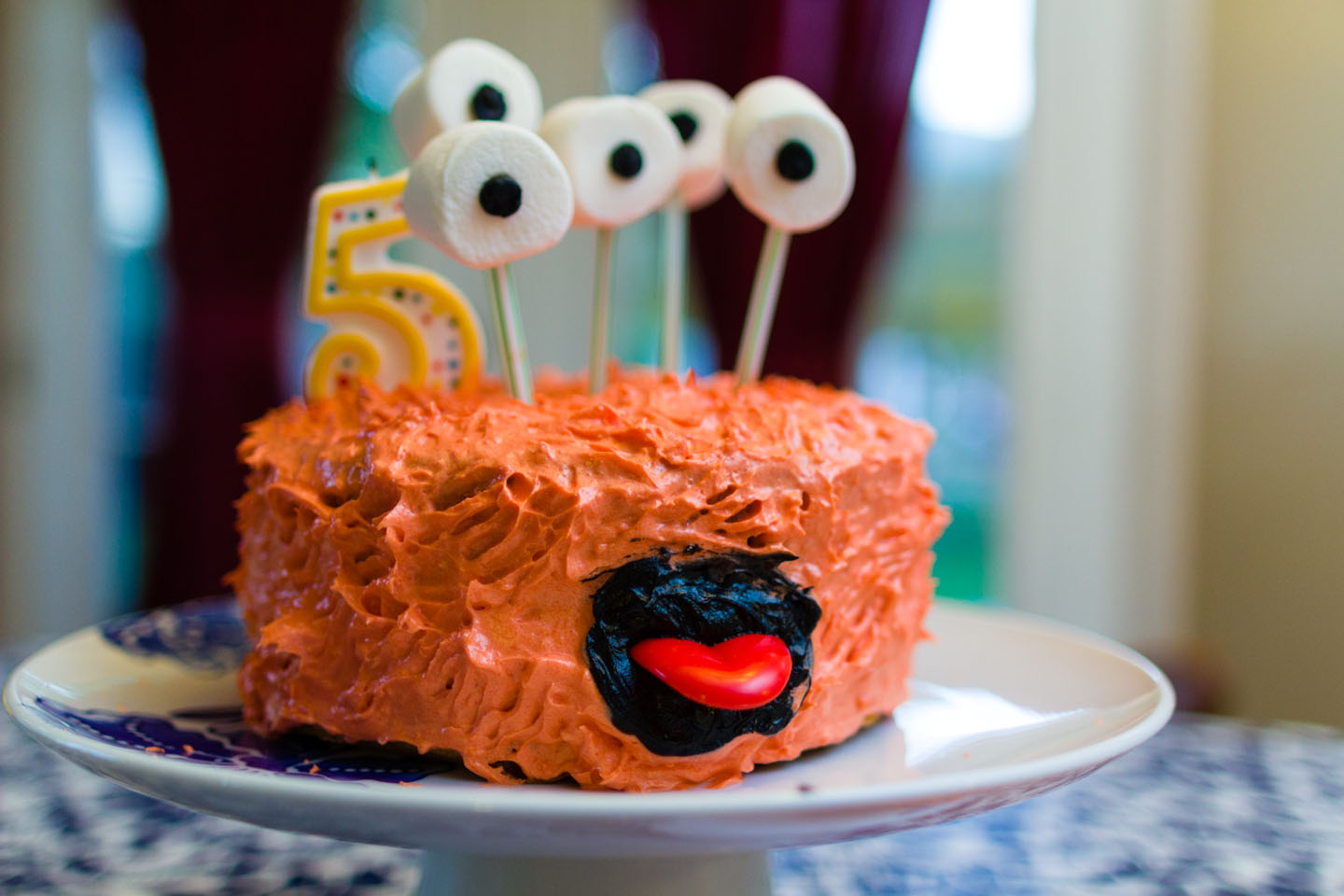 Birthday Cake with a goofy face 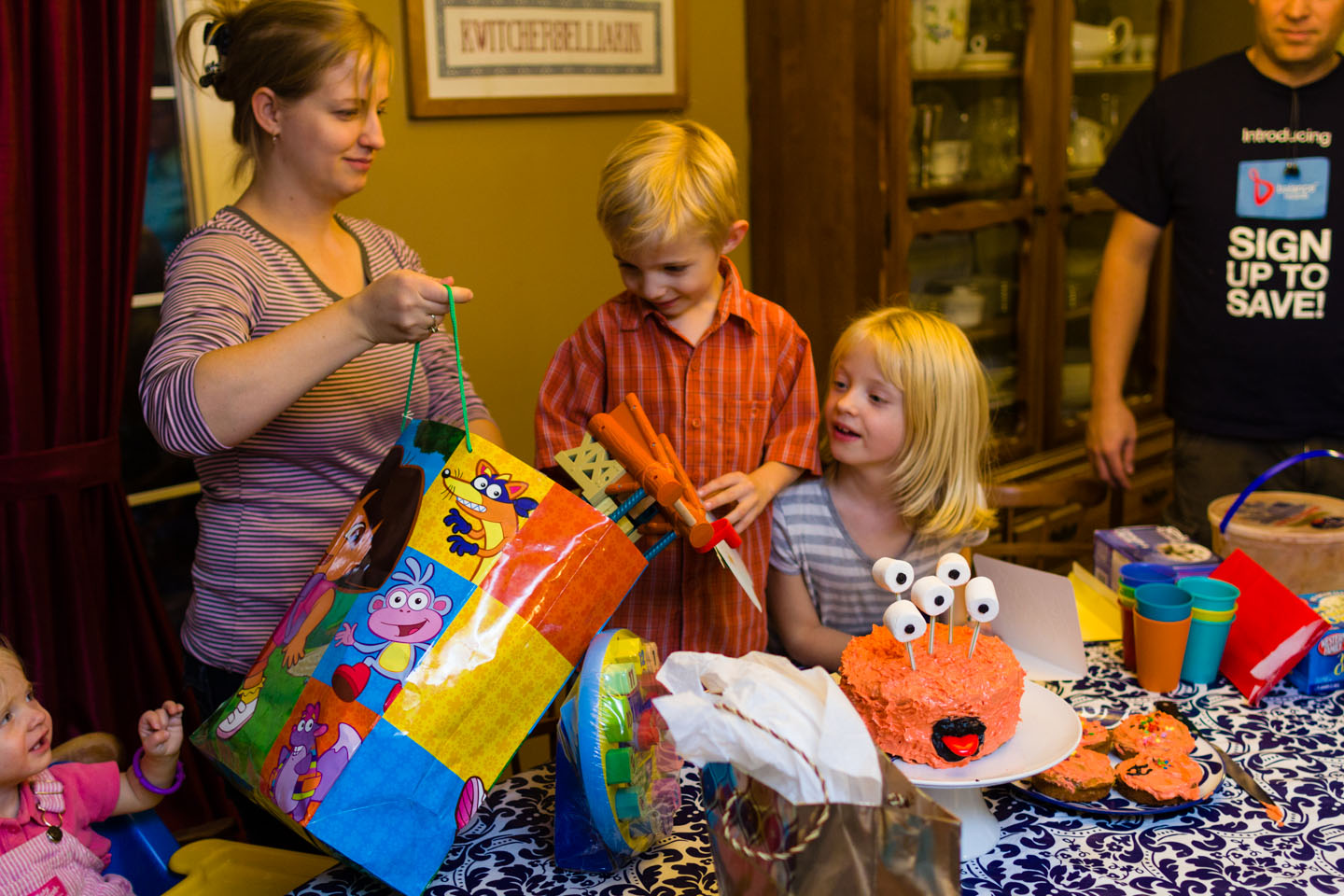 And I thought I would have fun with one of the photographs. For his birthday, Henry received a toy Thor hammer. He was excited to try it out. I had him old it like Thor does in the movie and then using the magic of Photoshop and my mad skills I added him to a cityscape and added some lightning. He looks like Thor doesn’t he?

I wish Photoshop was around when I was a kid. I would put myself into a scene from Star Wars, or Batman, or maybe James Bond. Now that I’m an adult that would just be silly. 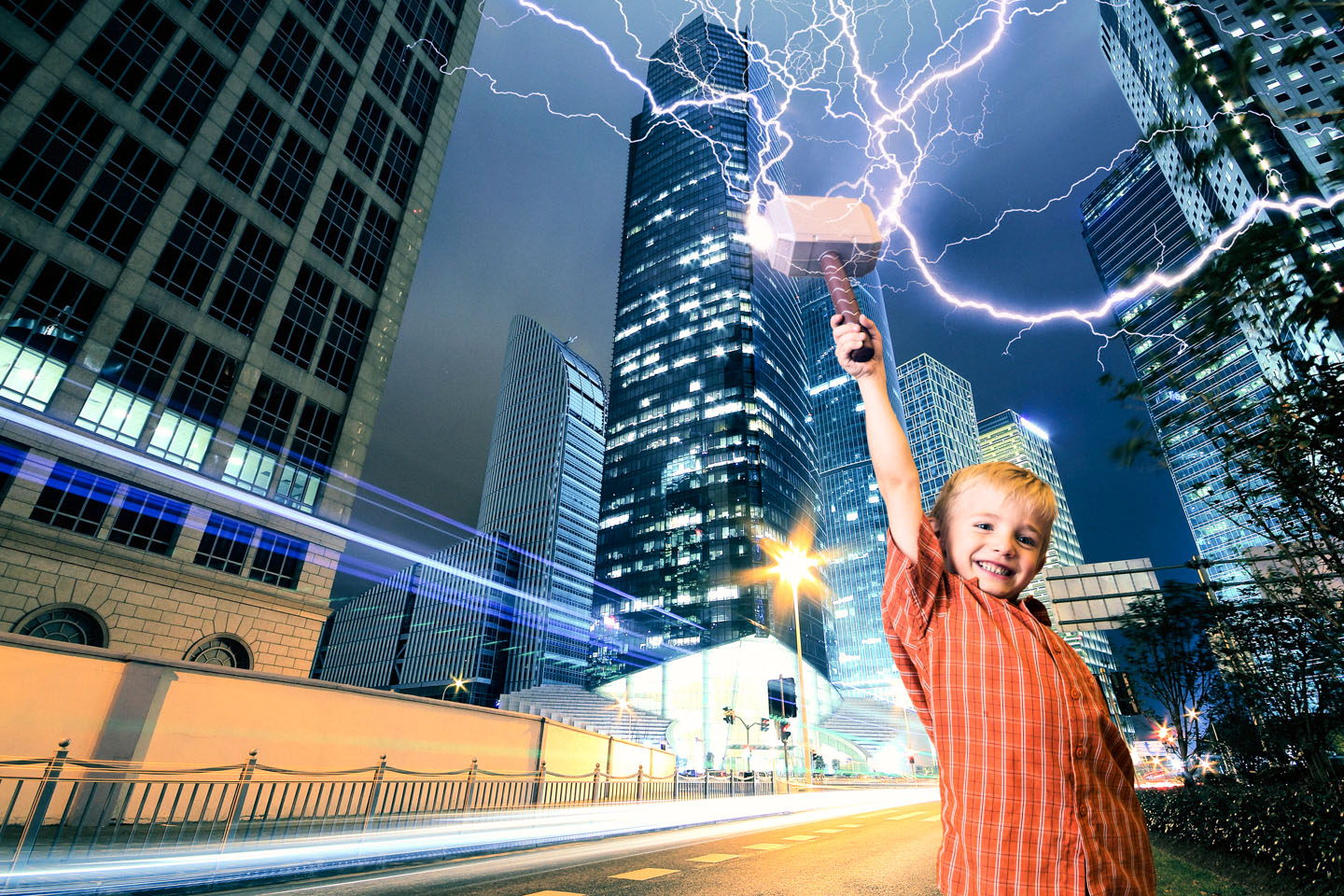 I added Henry to a cityscape and added lightning, go Thor!

ALthough, maybe I could still wield the power of Photoshop and create some fun imagery anyway.

Anyway, enough tangent, here are a few more photographs. The next one is the original photograph I took of Henry. You think this is easy to do? It is easy if you have 18 years of experience with Photoshop, which I do! 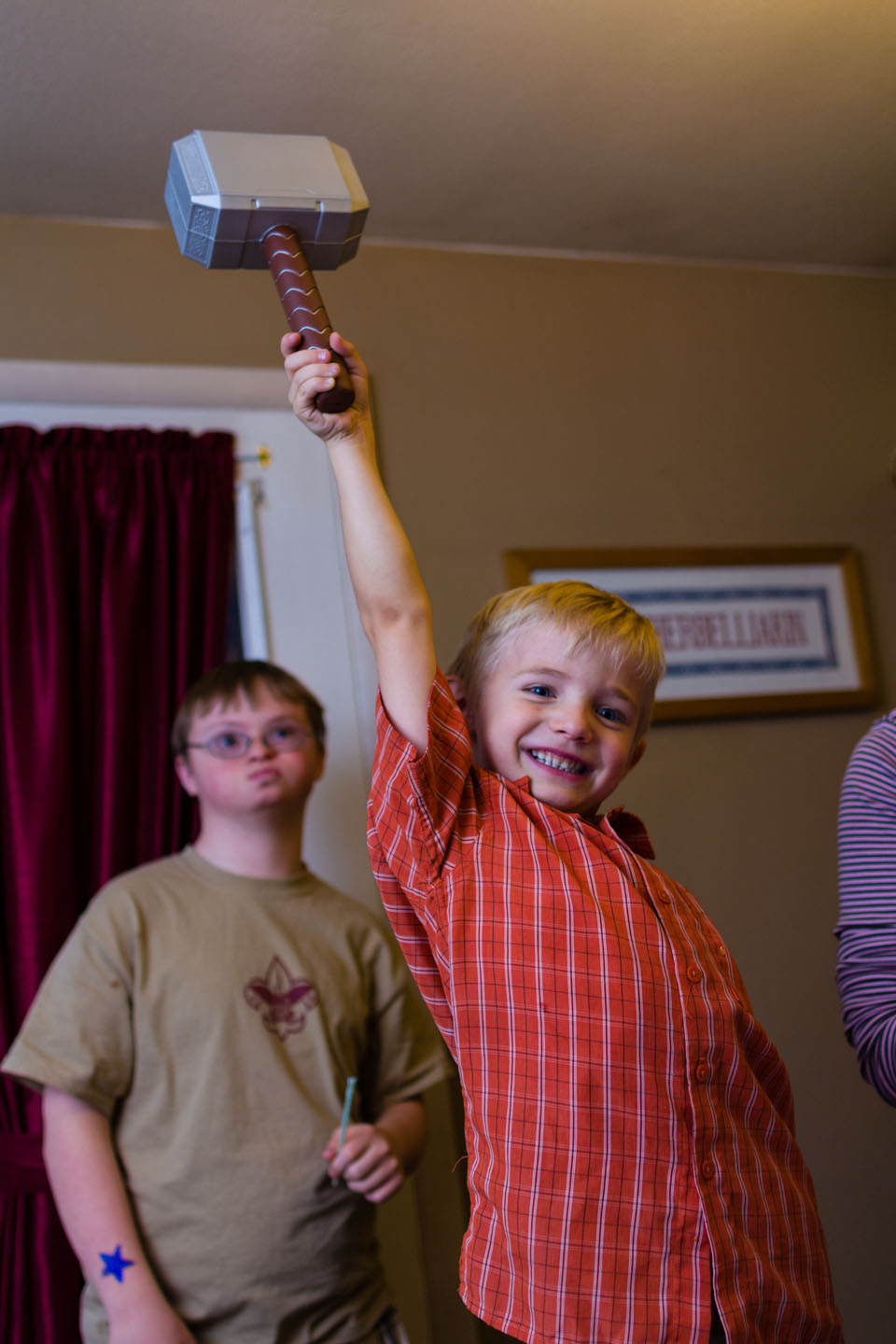 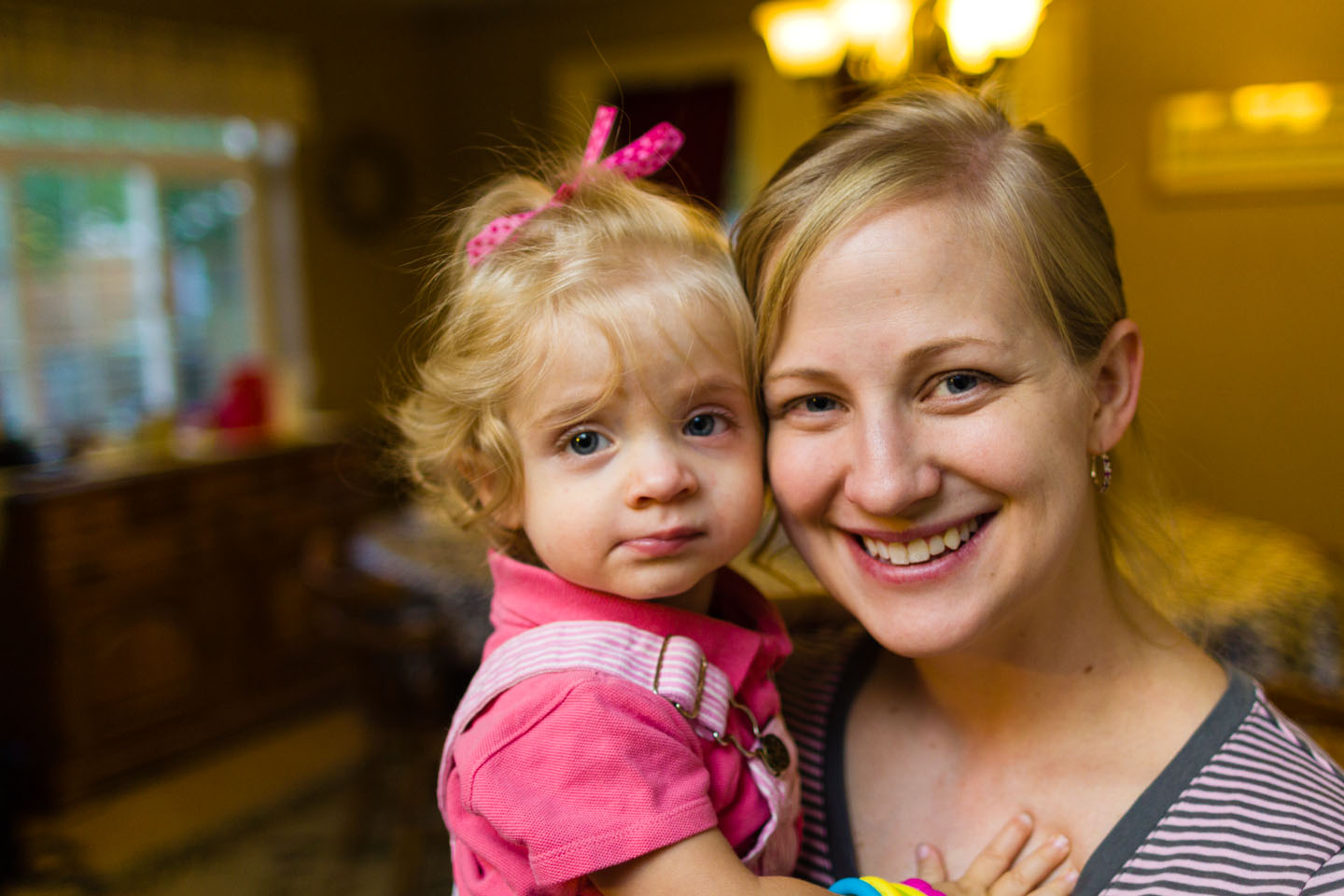 Eve and her Mom pose for a photo

Grand Opening to for Studio o2o in Draper

[…] For a chunk of the photo shoot the grandparents had brought some costumes that Alexander uses for play. I wish I had costumes like this as a kid! He had a Thor costume and I added lightning using Photoshop. I’ve done this before for my nephew—I had added some lightning to one of my nephew’s b… […]