Top Posts
A Surprising Location for a Portrait
Leasey Family Portraits in Studio
A Before & After from Photoshop Retouching
An Orem Wedding in the Time of COVID-19
Maya’s Fashion Portraits on the Bonneville Salt Flats
Dave & Doug’s Family Photo Shoot in Big...
Children Photo Shoot in Big Springs Park in...
Autumn Portrait Season is Around the Corner
Time is Running Out to See the NEOWISE...
Senior Portraits with Maren on Provo’s Center Street
Home Personal Projects300 Photoshop Composites Hunter & the Matrix
300 Photoshop CompositesFashion Photography

I’m finally blogging a photograph! Perhaps the ease of sharing photographs on Facebook make it more of challenge to write blog posts on my own website. I’m sure there is a pie chart out there to prove it.

It helps to have variety in the models I photograph. Thank you to Hunter for being my model recently. He come with his own fashion wardrobe. He has in the past modeled and this is an example of his “casual wear.” You think I’m kidding. I photographed him in studio and then used Photoshop to add him to this background. 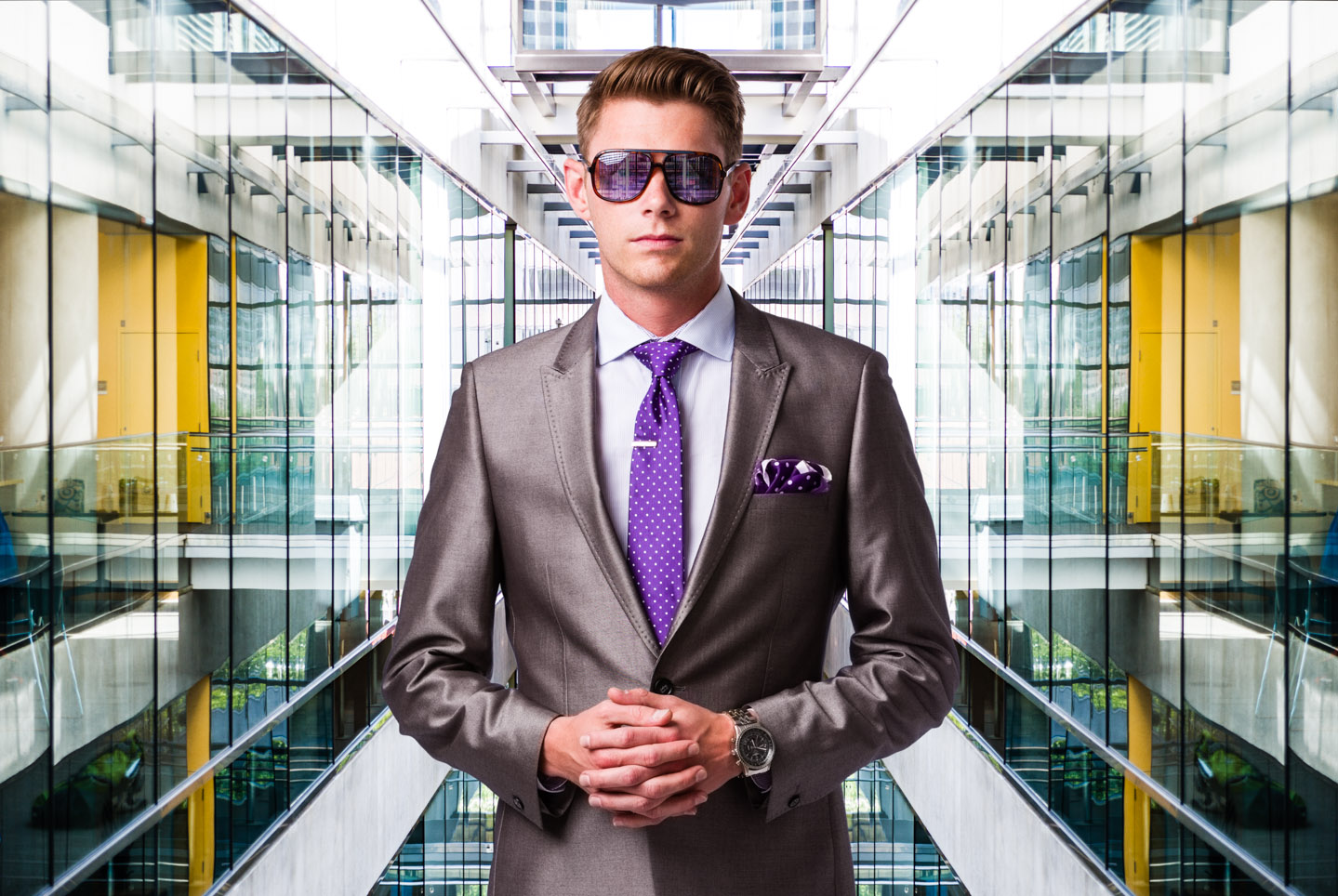 The background comes with a little back story. I am slowly building a library of background images. Many of the images I use for my compositing come from my own existing photography. Some backgrounds come from stock photography, which is a lot cheaper that flying to Europe or wherever. Other times, I just go on a mini photowalk and collect backgrounds. This is the case for the Salt Lake Library.

I had about a half hour to kill so I toured the library, which is a very cool location for photography. At one point I was stopped by an angry homeless man who demanded why I took his photograph. By the way, I did not photograph him. I explained that I did not photograph him and even showed him some of the photos on the back of the camera. He kept persisting so I just walked away and kept my eye on him. It was feeling like he was 2 seconds away from assaulting me. Ack!

Anyway, this background is photoshopped! Can you believe it? I actually mirrored the left side of the photograph so we have symmetry. I usually don’t do this to my photographs. I see so many photographs where you can tell it was a reflection, as if it was a special effect. I personally don’t care for that, I think it is cheap. However, for this instance it works. It added some uniformity and gives it a futuristic look. Hence, my nickname of the Matrix.

I then added Hunter the mix. The purple in the outfit goes well with the yellow in the background. Some other touch ups help sell this photograph as awesome. I really enjoyed creating this version. I’ll be releasing a few more photographs of Hunter in the upcoming months, I’m sure.

[…] photographed Hunter a while back and I have posted one or two Photoshop composites before. I have a few hundred photos I could use. It is fun to find a […]