I was one of the event photographers for the HRC (Human Rights Campaign) VIP Party the day before their Gala Dinner in Salt Lake City. This party is pretty exclusive and is for the Federal Club members. These are people that donate a certain amount per year/month. The HRC fights for equality for LGBT individuals including in work, housing, and such. 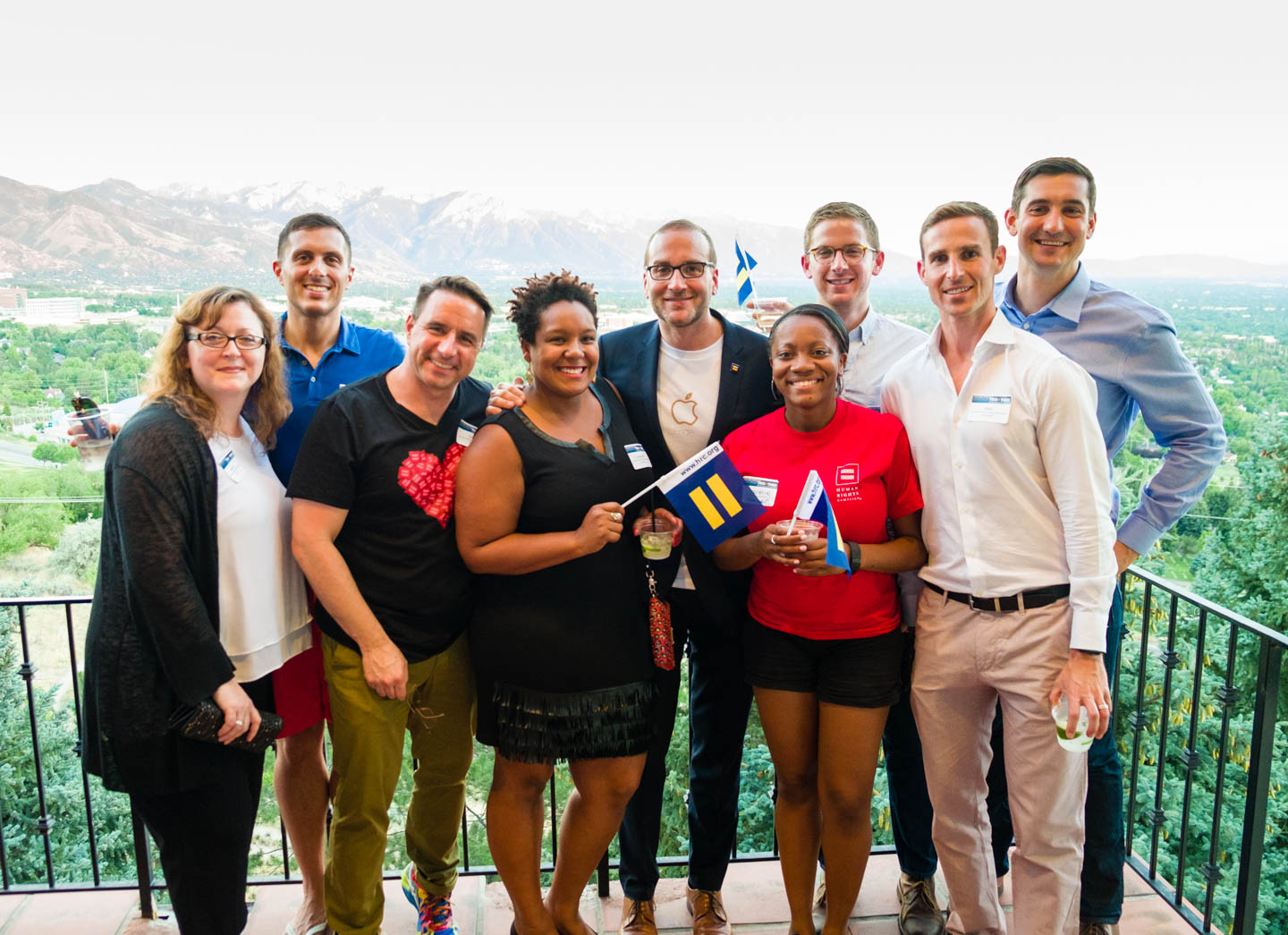 Chad Griffin and members of the Federal Club

My friend Pamela was photographing the step-and-repeat although I would fill in on occasion. A step-and-repeat is similar to a red carpet. There is a background with some logos and each guest or group of guests can pose for a quick photograph. It is probably the most efficient way for each person to get a photograph at an event. Usually you need at least two photographers at an event for this to work right. One to do the step-and-repeat and the other can be roaming around getting candid photographs and documenting the event’s decor and activities. 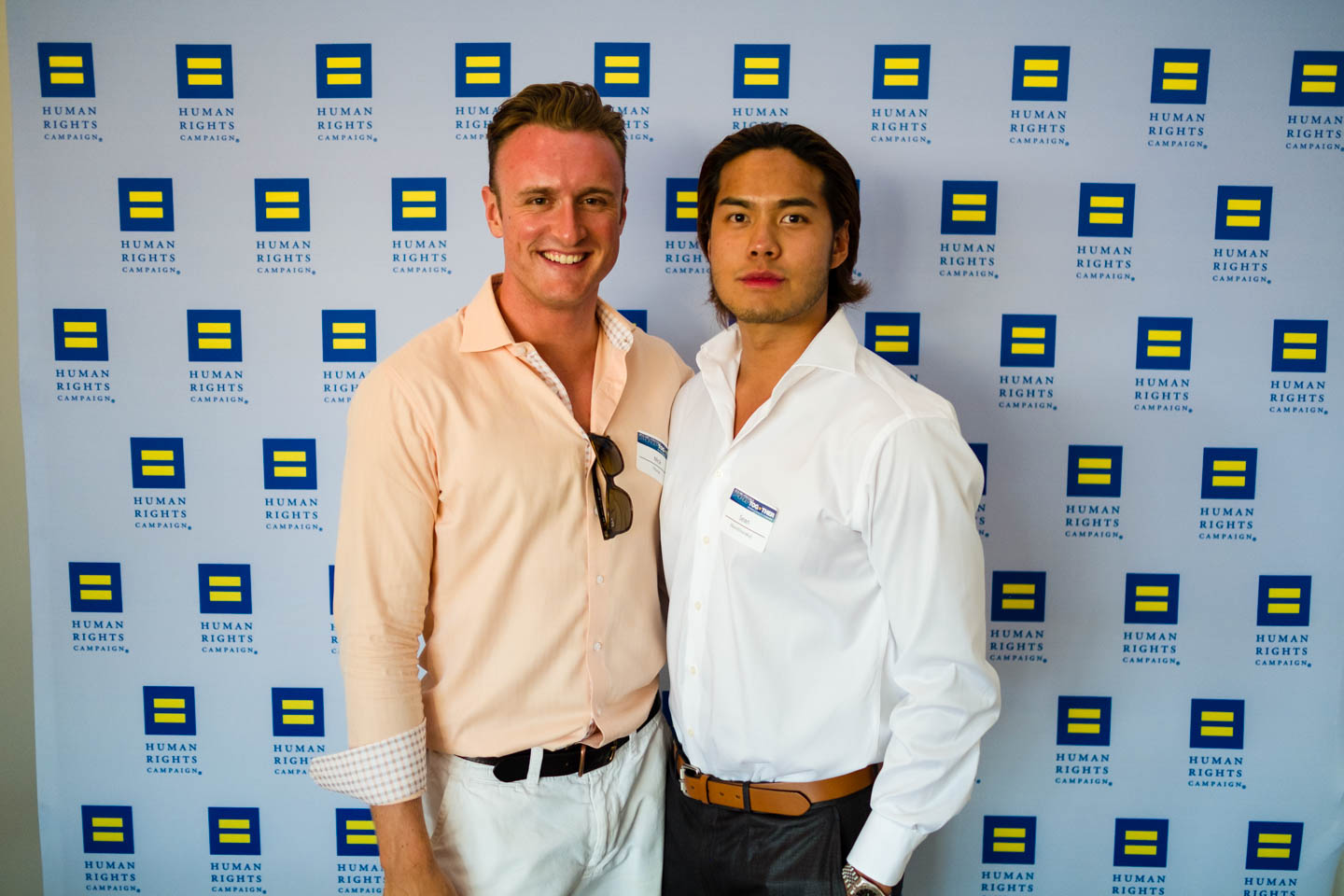 I did photograph some of the food at the event. Next time I should make note of the caterers. 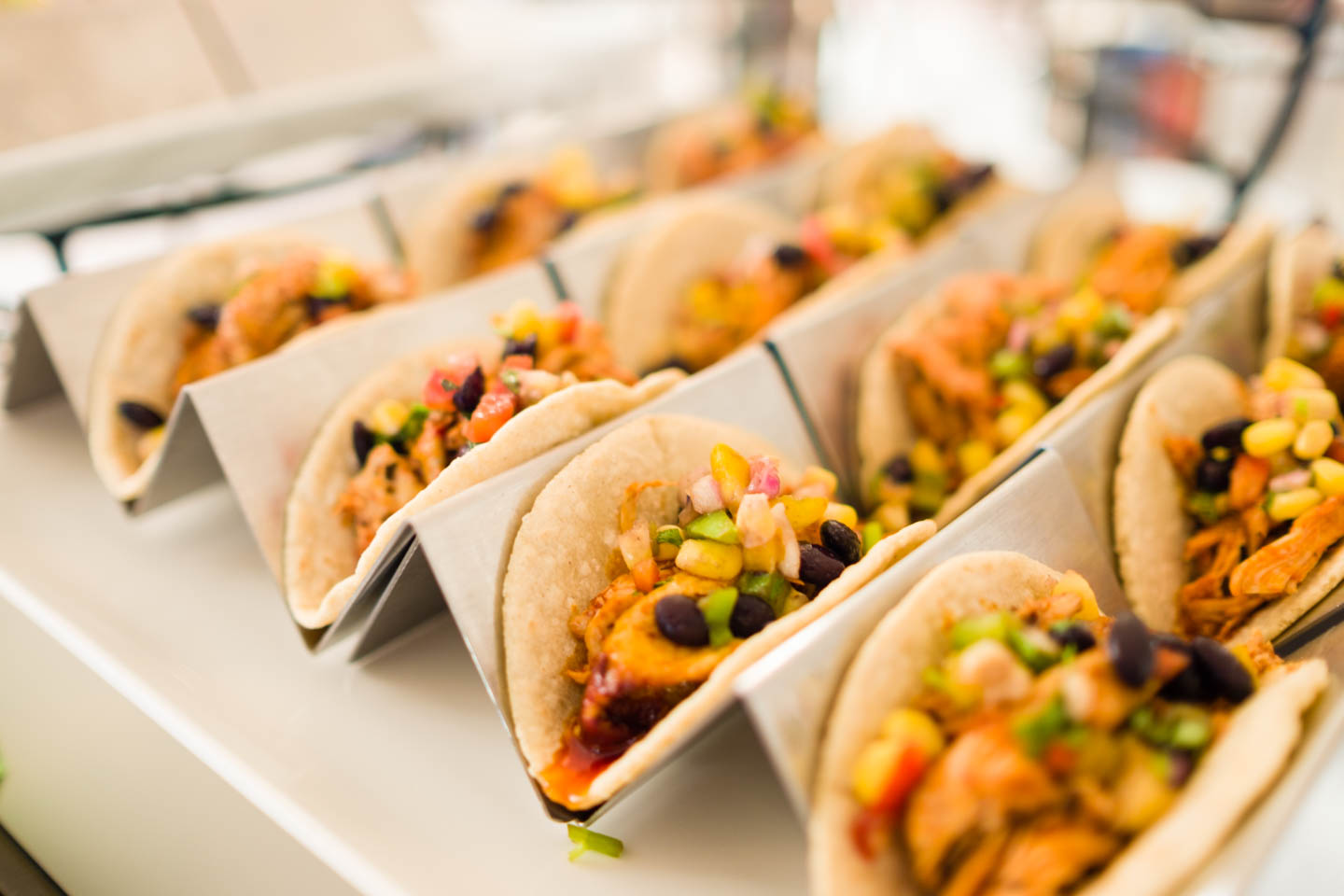 The party was held in a home in the Federal Heights area above one of the Universities. The house was amazing with indoor lap pool, modern design, and an elevator to span the various floors. The elevator was glass and there was a disco ball at the top of the elevator shaft. This was probably the gayest elevator in the history of ever. 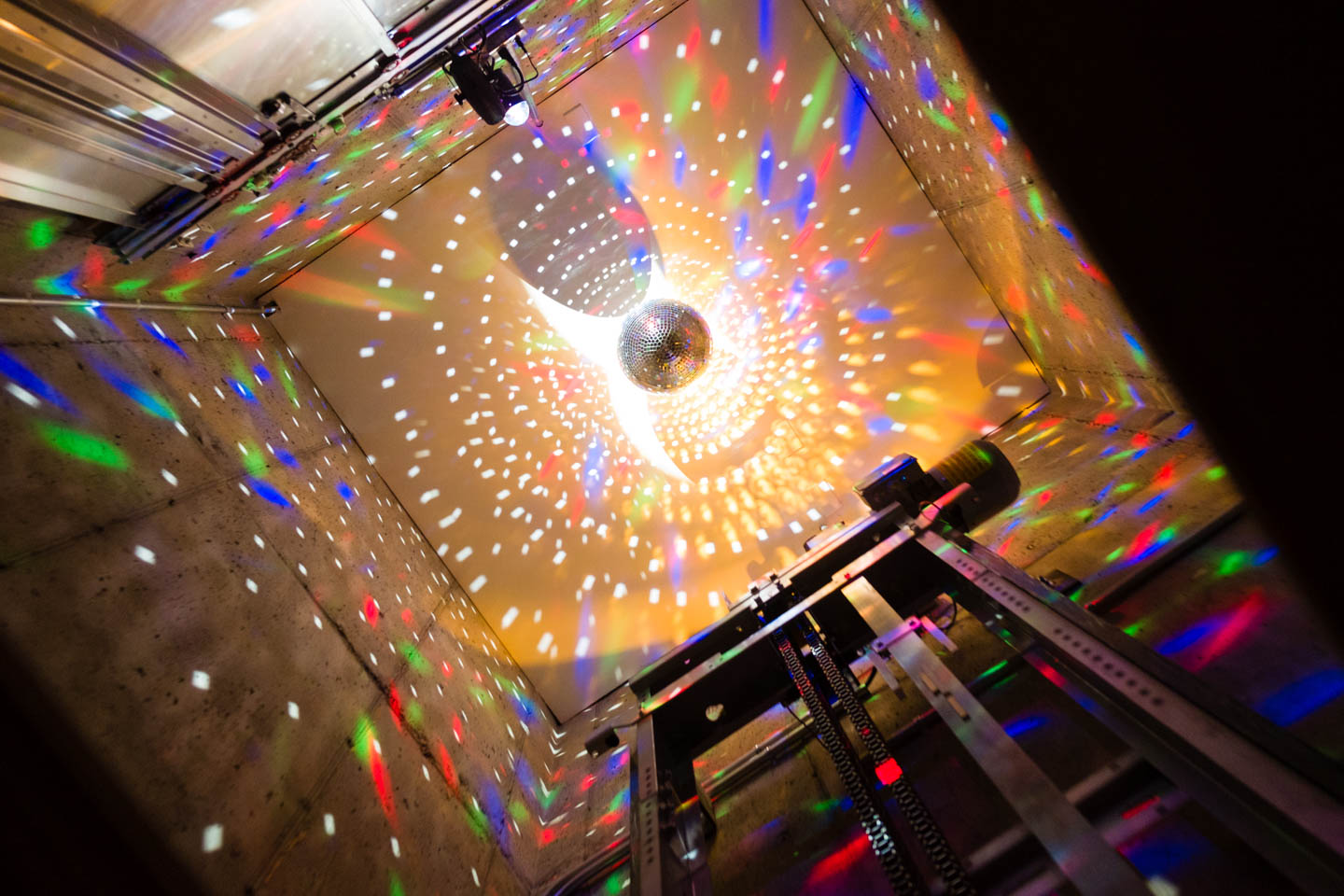 Disco Ball in an Elevator Shaft 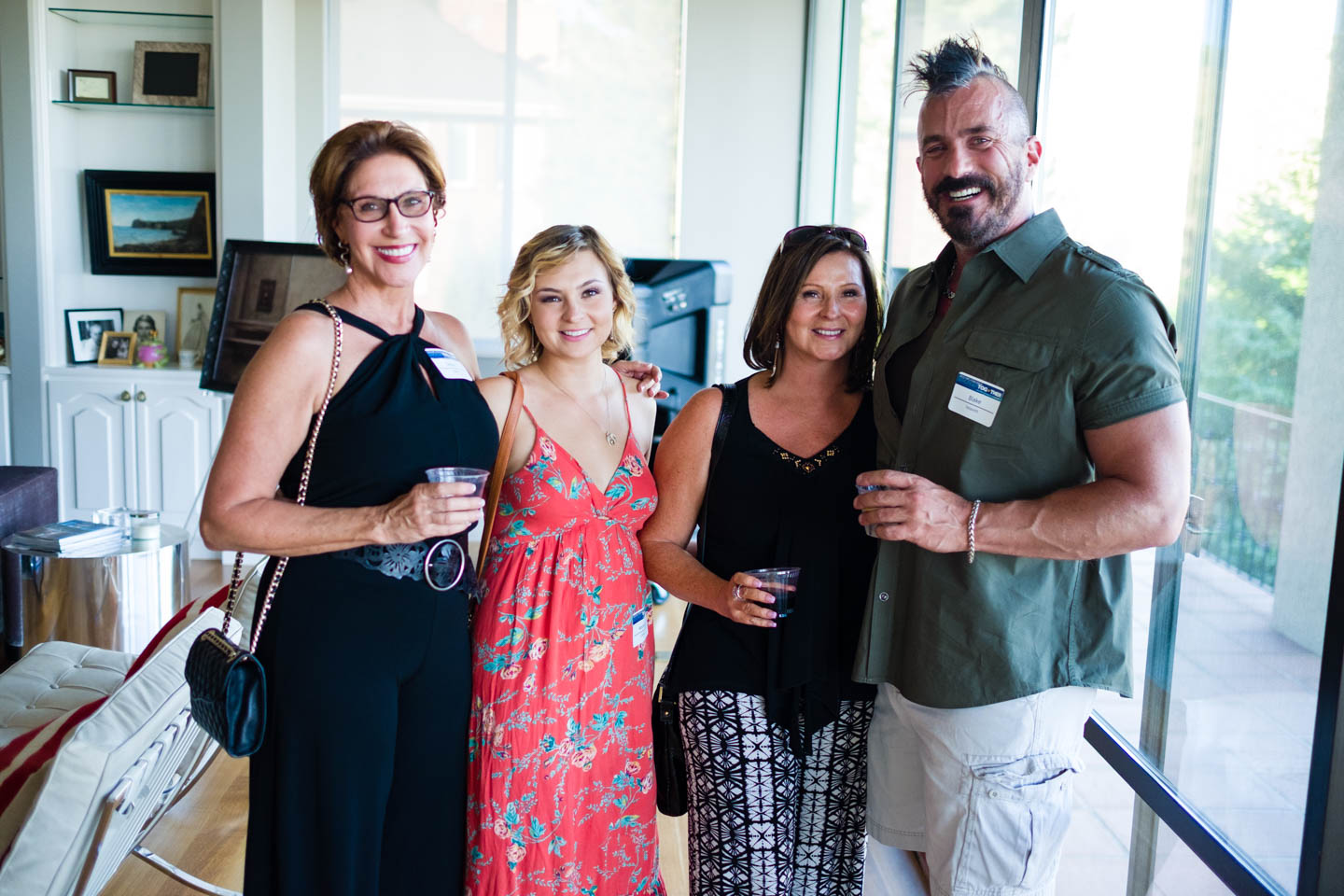 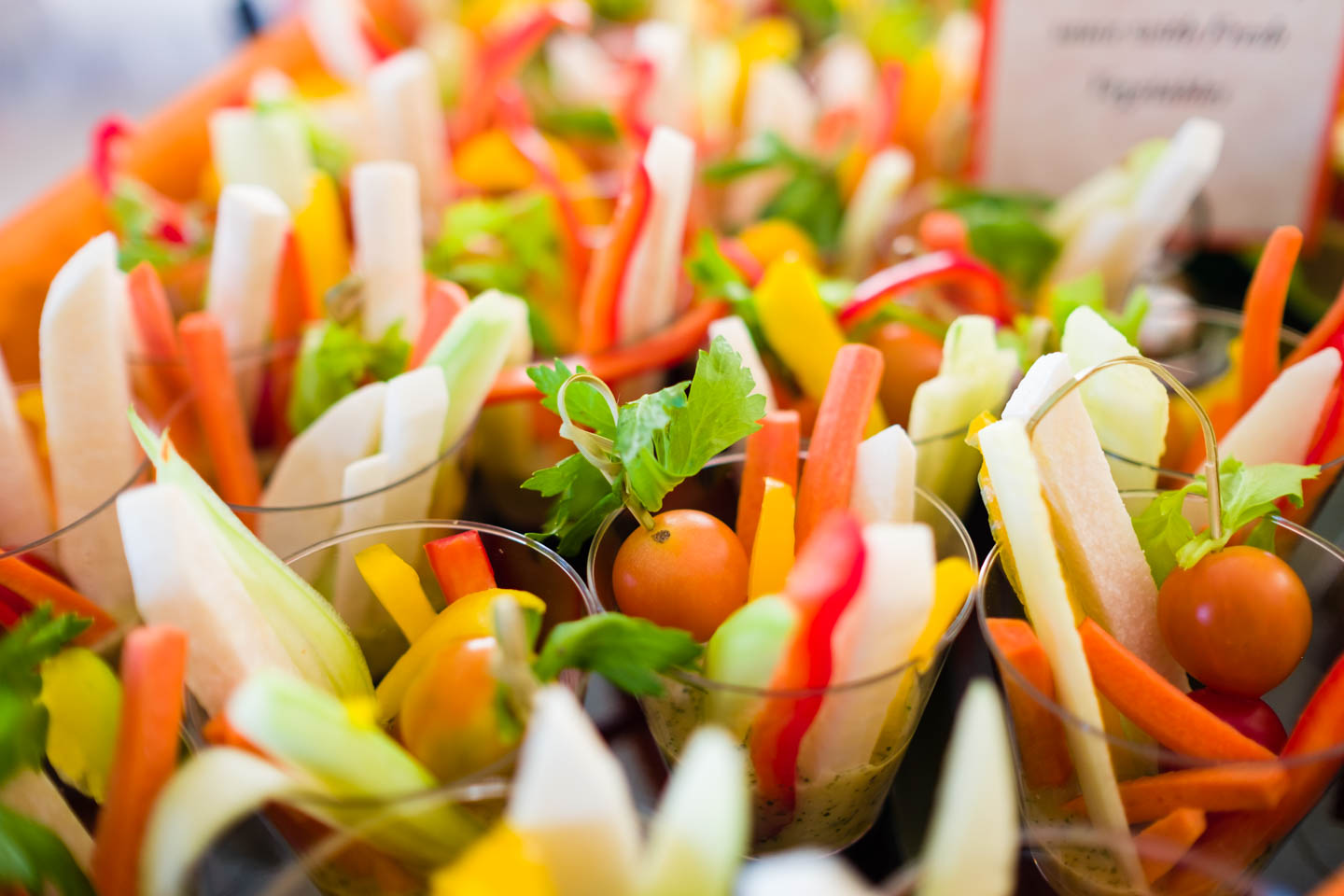 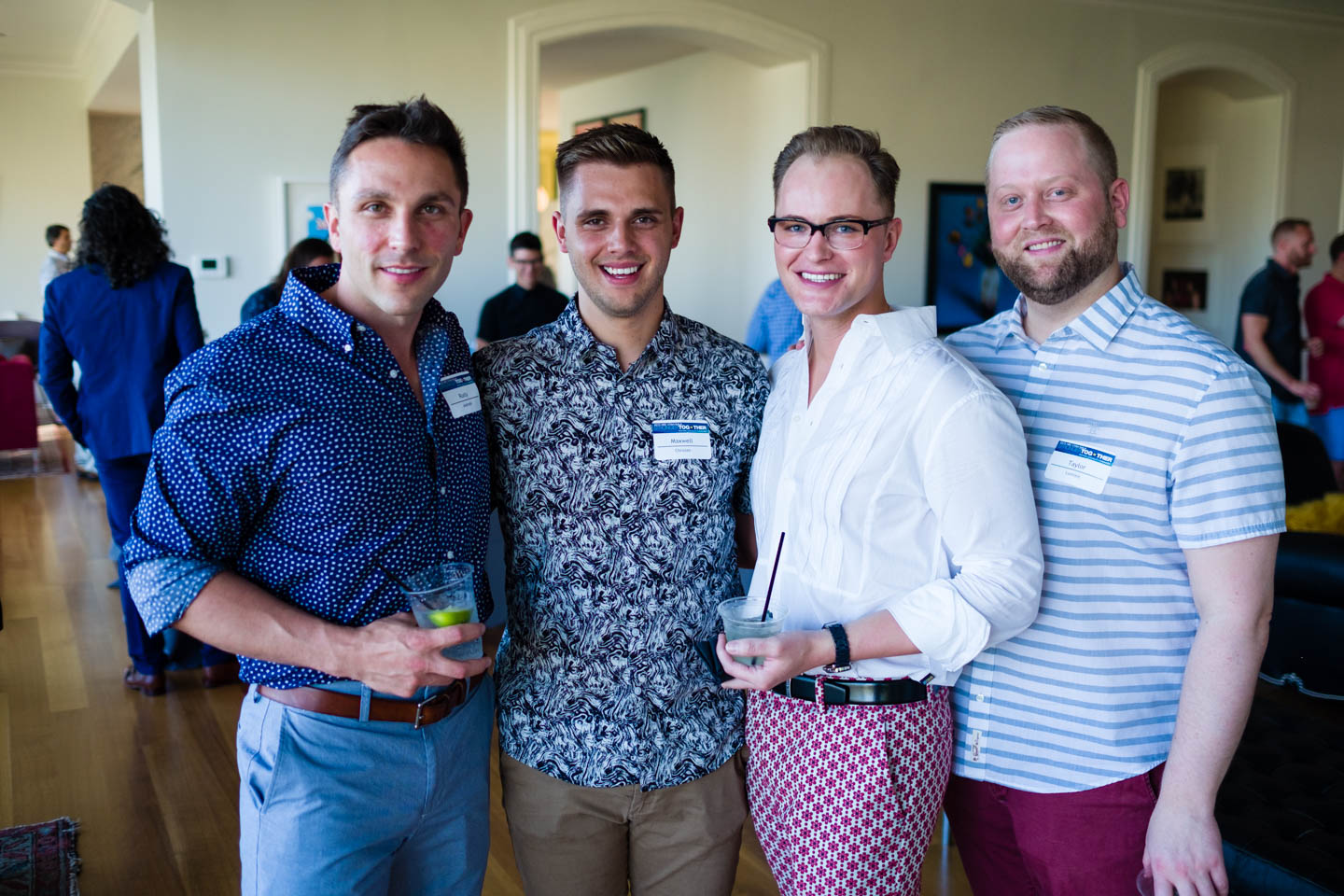 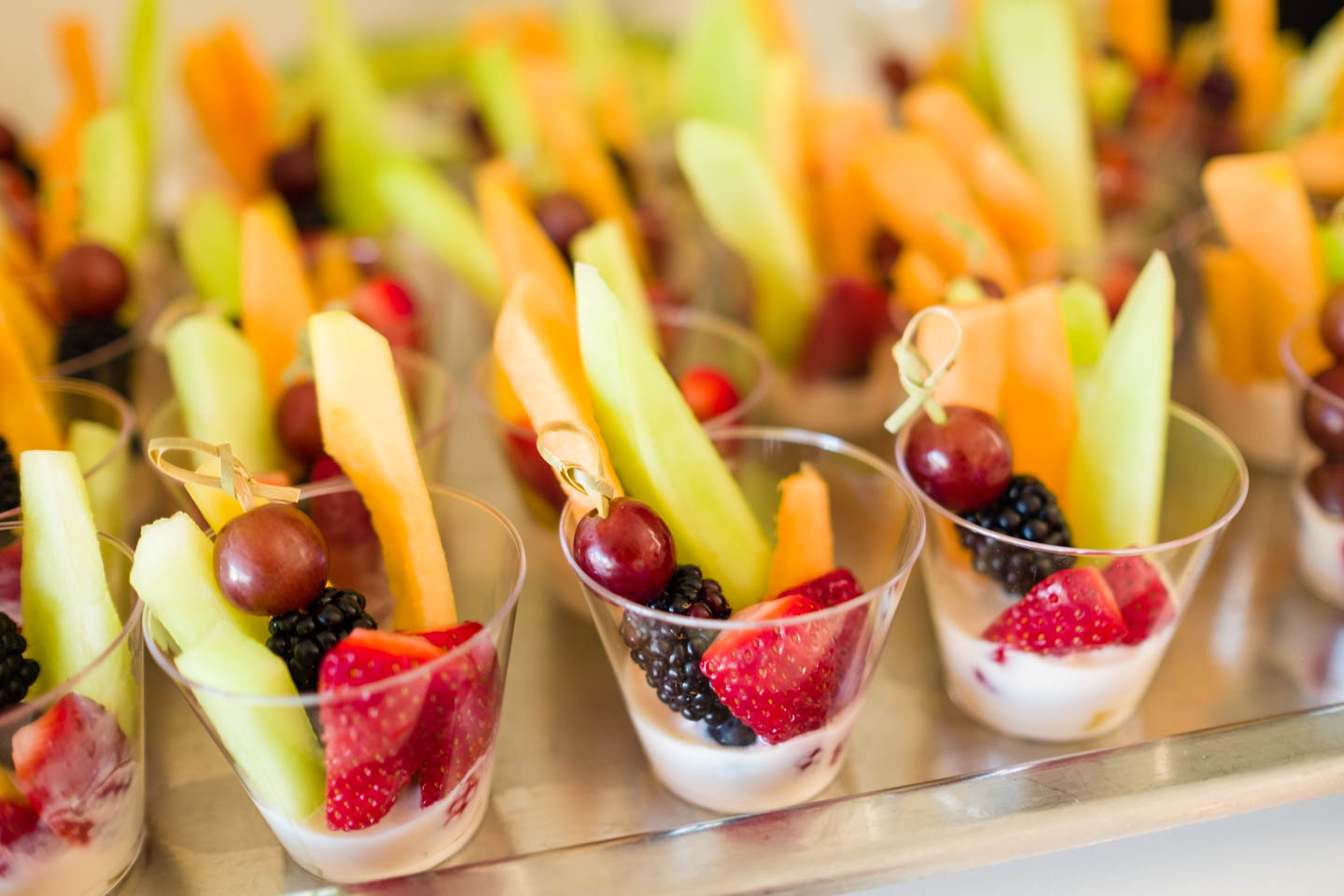 I was doing the candid photography and I would get group photographs of people. As an event photographer you get to interrupt people and ask for photos. Usually, most everyone says yes. 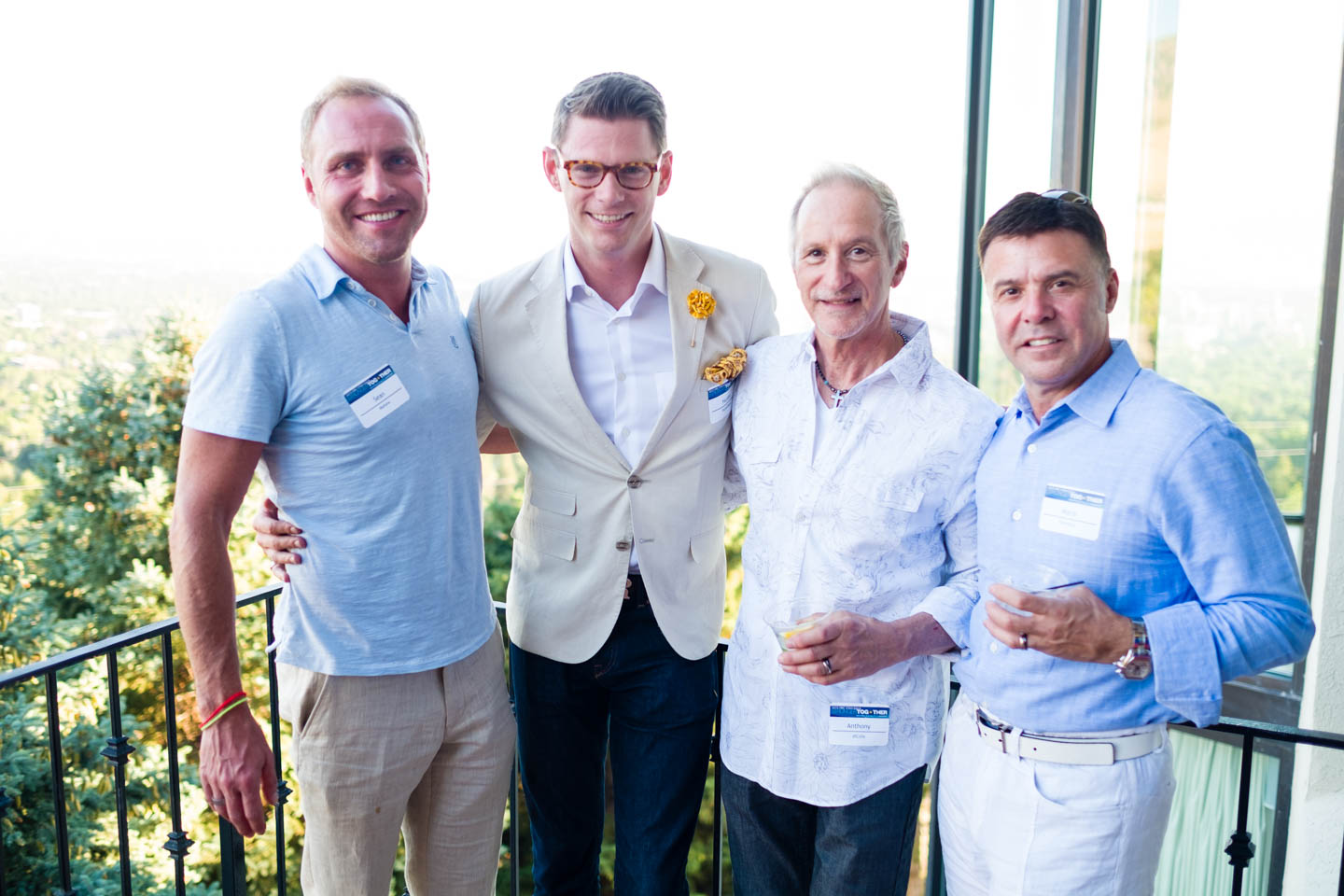 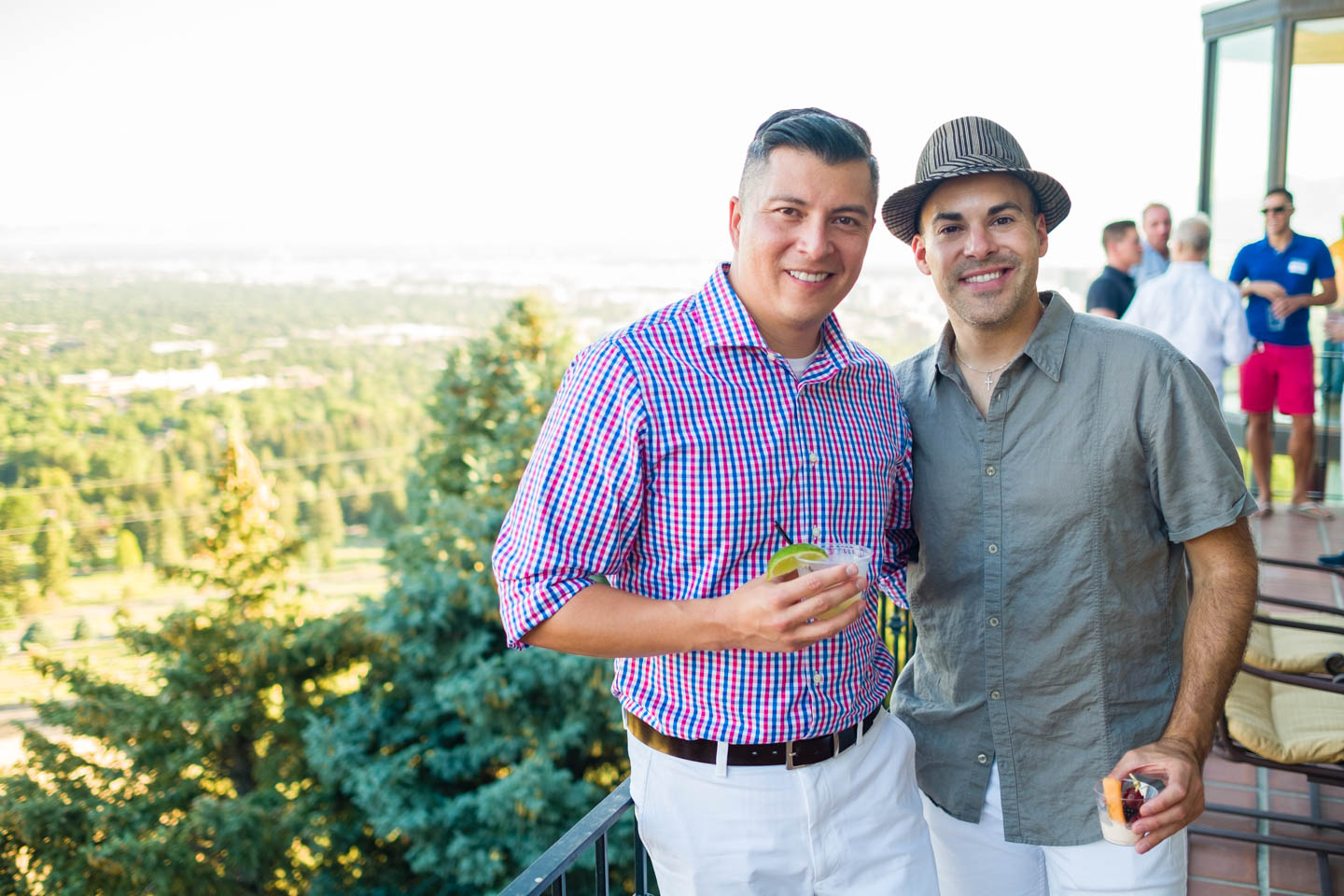 And Chad Griffin, president of the HRC, was in attendance and spoke to the audience. He spoke of the Supreme Court ruling that announced marriage equality for the entire US that same morning. He had the pleasure of being in Washingtion DC at the Supreme Court when the decision was announced. He then traveled to SLC for the party that same day.

Chad Griffin, president of the HRC 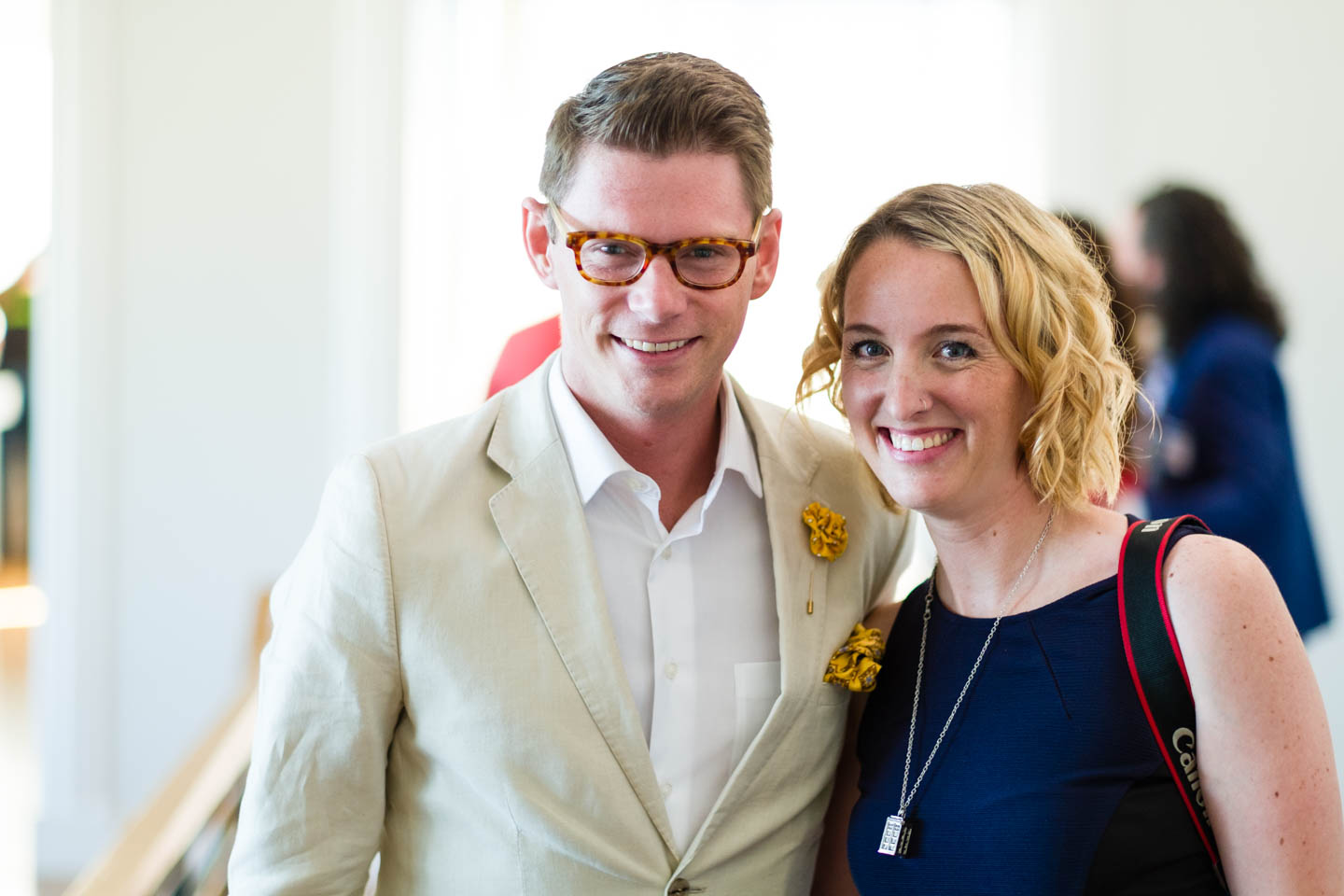 Hunter & Pamela at the party

Food Photography for a Foodie Blog