How to Shoot Two Different Headshots Quickly and Easily

Most of the time you shoot the same type of headshot over and over again. Usually they are pretty generic. Realtor headshots are safe, friendly, and bland. However, we had the assignment to shoot two different styles at the same time. What do you do? You set up two different shooting bays with different lighting right next to each other.

The first setup has an octabox with a grid for a dramatic look to the photograph. Just half the face would be illuminated. I even had a black sheet on the opposite side to reduce light on the other side of the face, to help ensure drama. The photo would be turned into a black and white photograph in Photoshop. The following photograph was the first test shot. 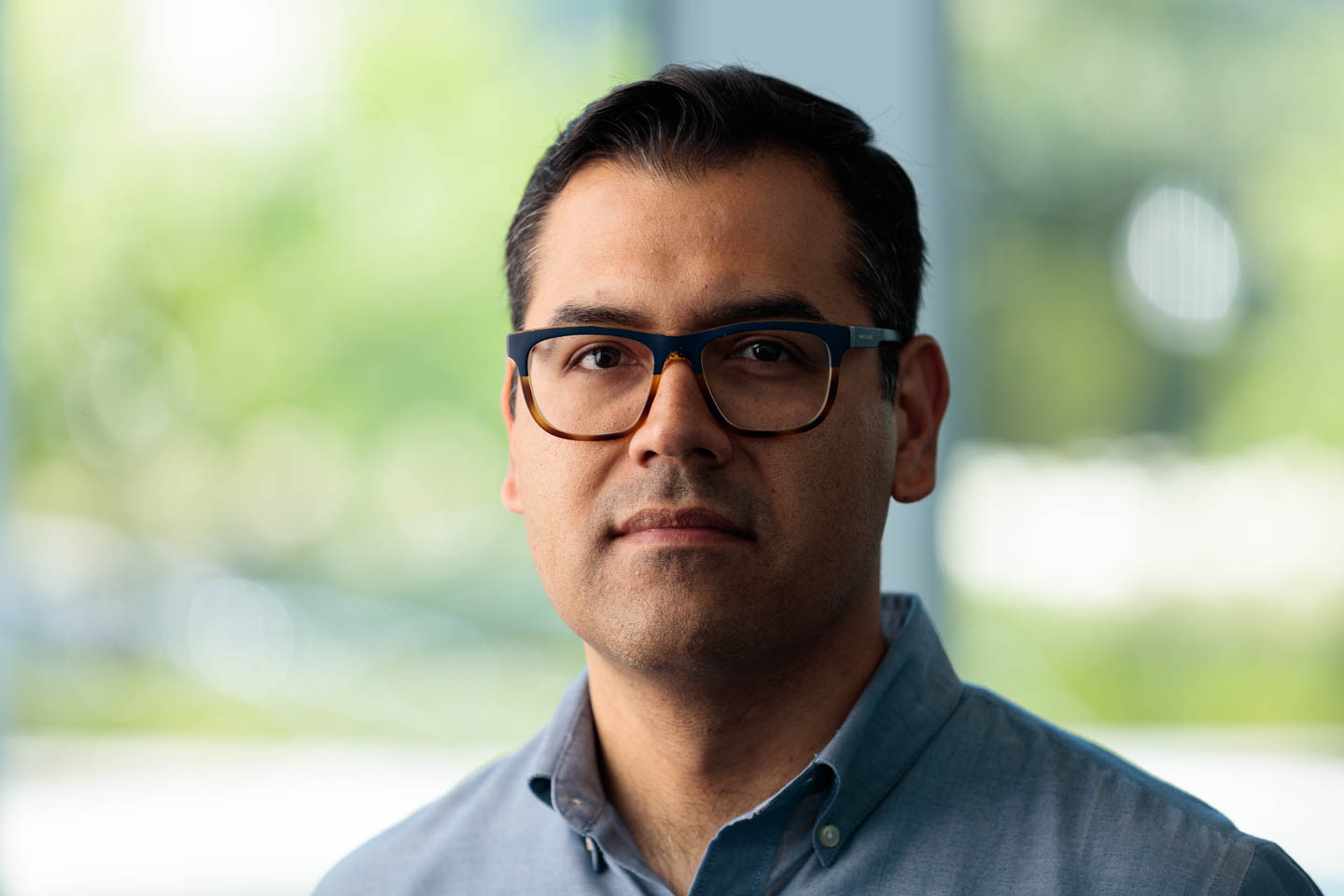 The second photograph was going to be a little more traditional. Not as dramatic. So I had a second octabox without any grids. I also had a reflector to fill in the other side of the face with light. 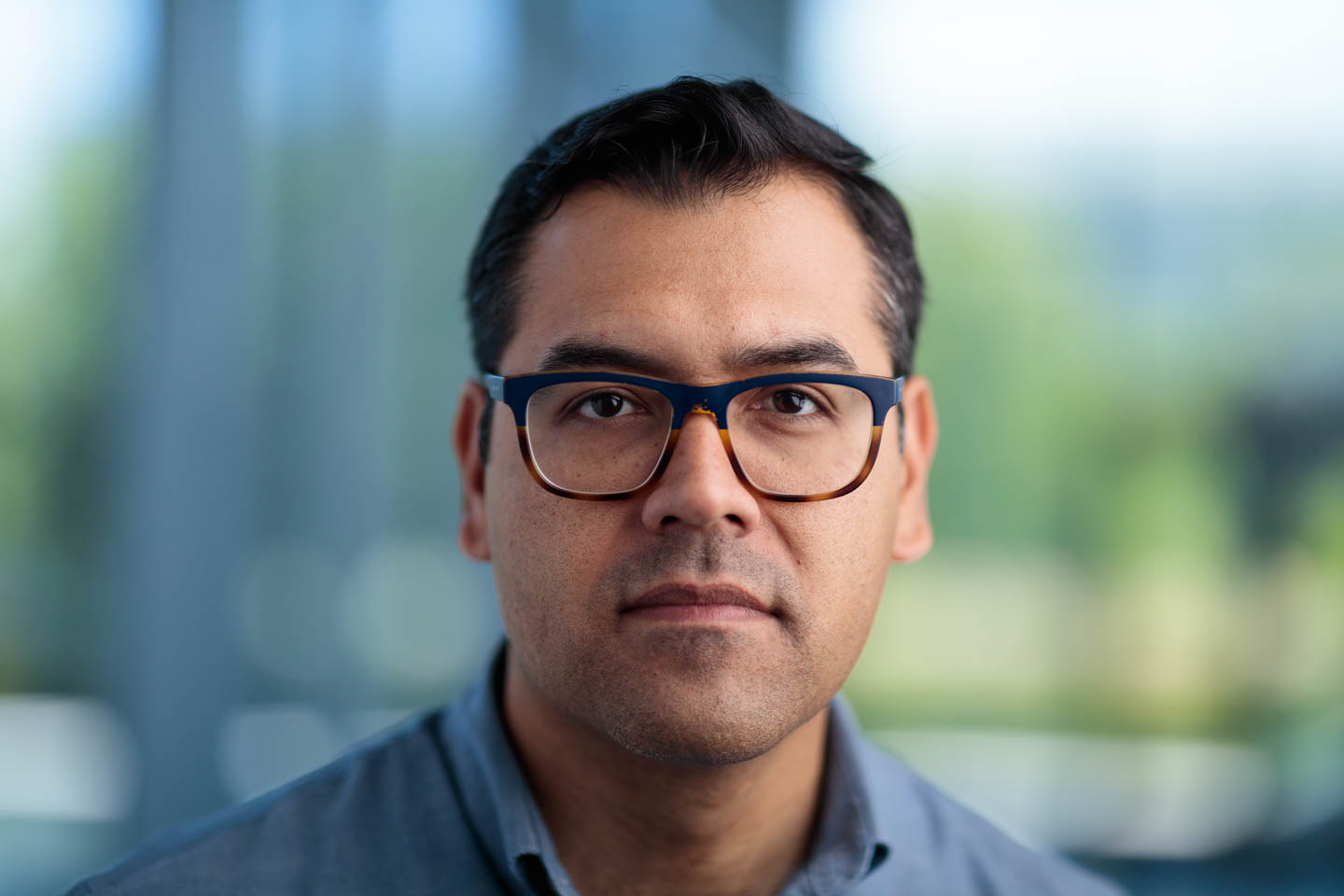 Here is a behind the scenes of our photo shoot. One the left—in Bay One—we have the dramatic setup. We added a white diffuser as solid background for the black and white dramatic headshots. One the right—in Bay Two—we have the evenly lit and colorful photograph setup. For bay one, we were using a 200mm focal length with sharpness as our goal. One Bay Two, we switched to a 85mm prime lens and shooting at f/1.8 we get a much more blurred background. 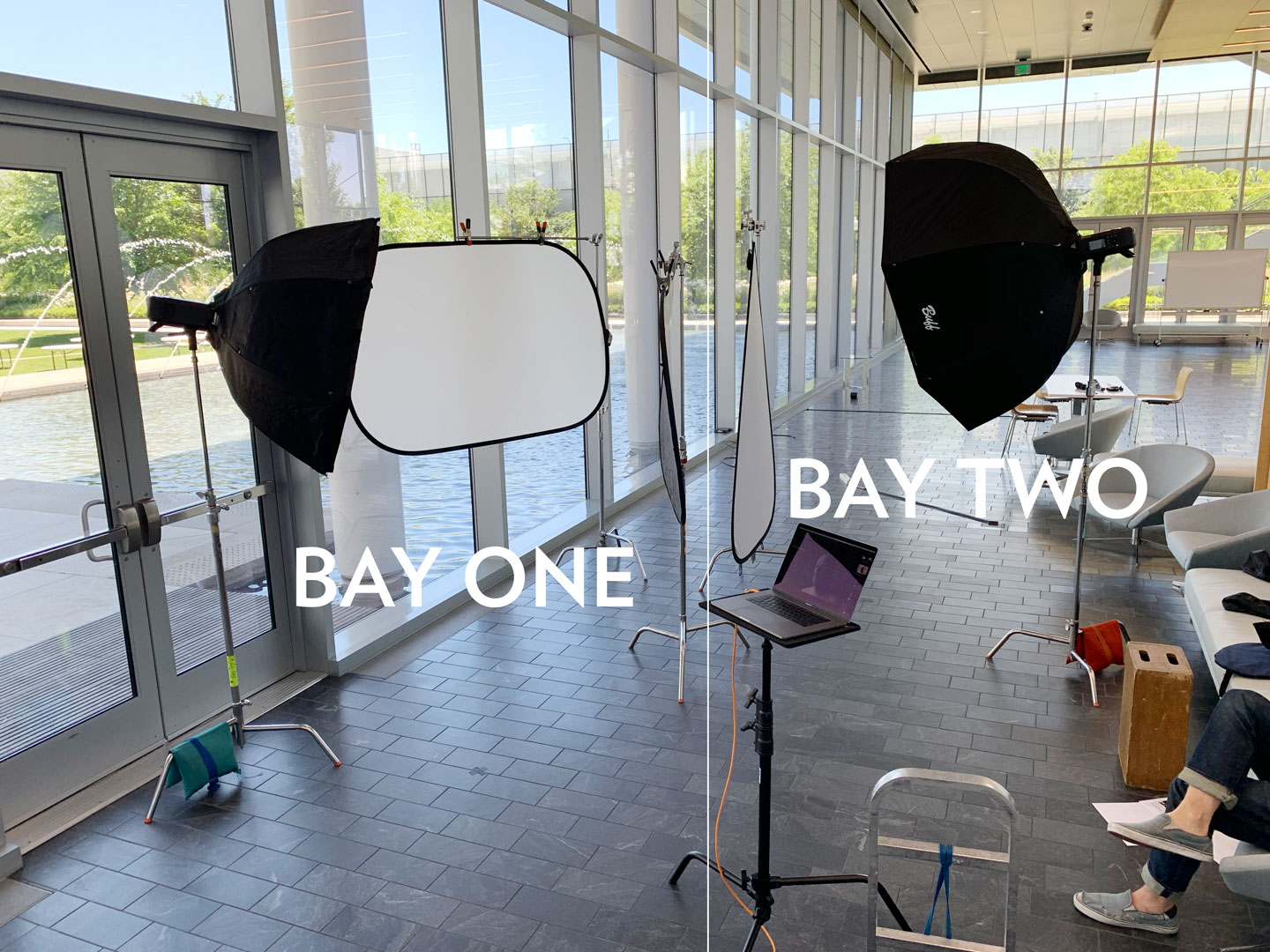 Behind the Scenes with 2 Shooting Scenarios

Here we have our test subject Joe modeling Bay One in black and white. And then his photograph from Bay Two in color. Two very different looks and I can just move from one bay to the other. We have one computer to monitor both locations. 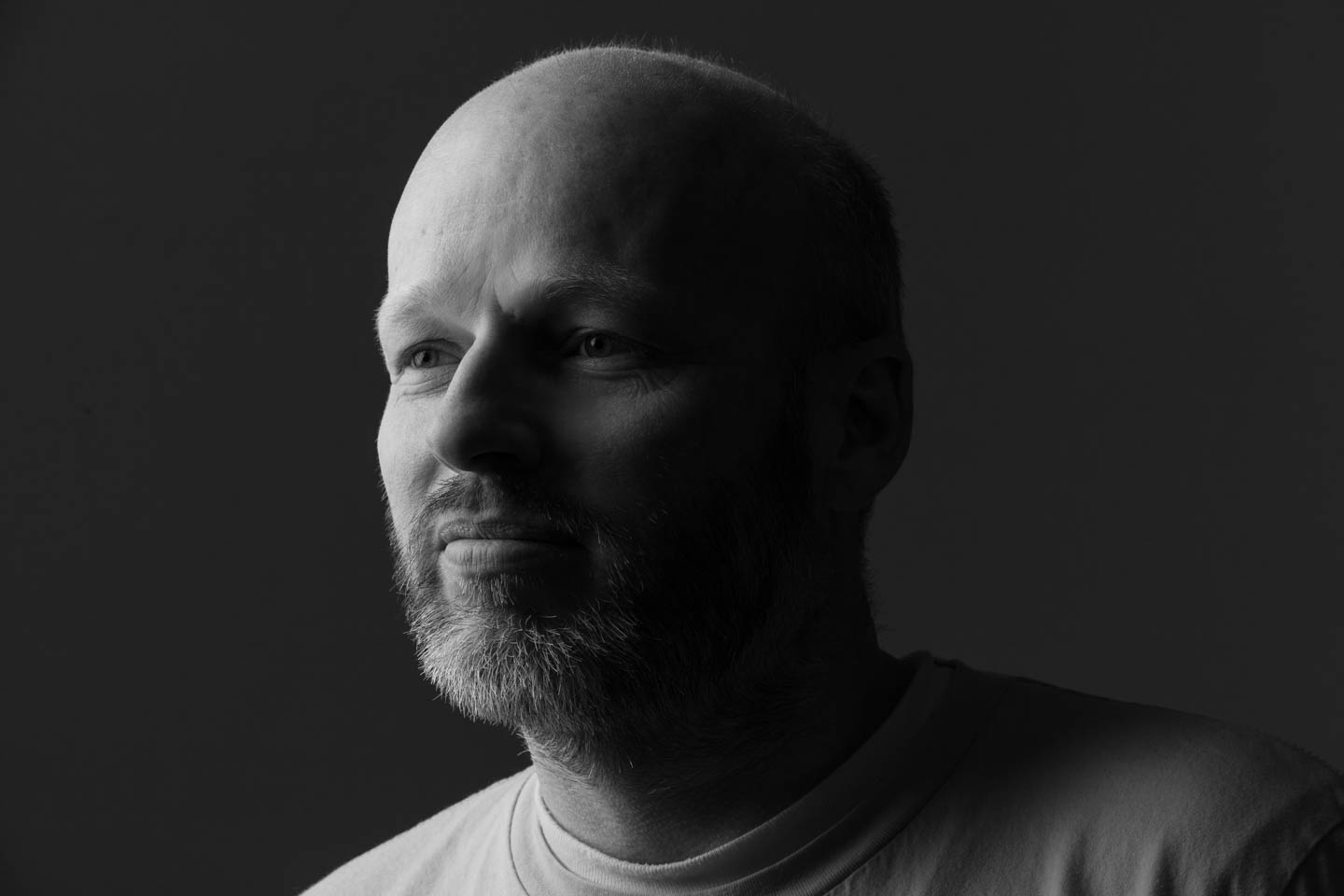 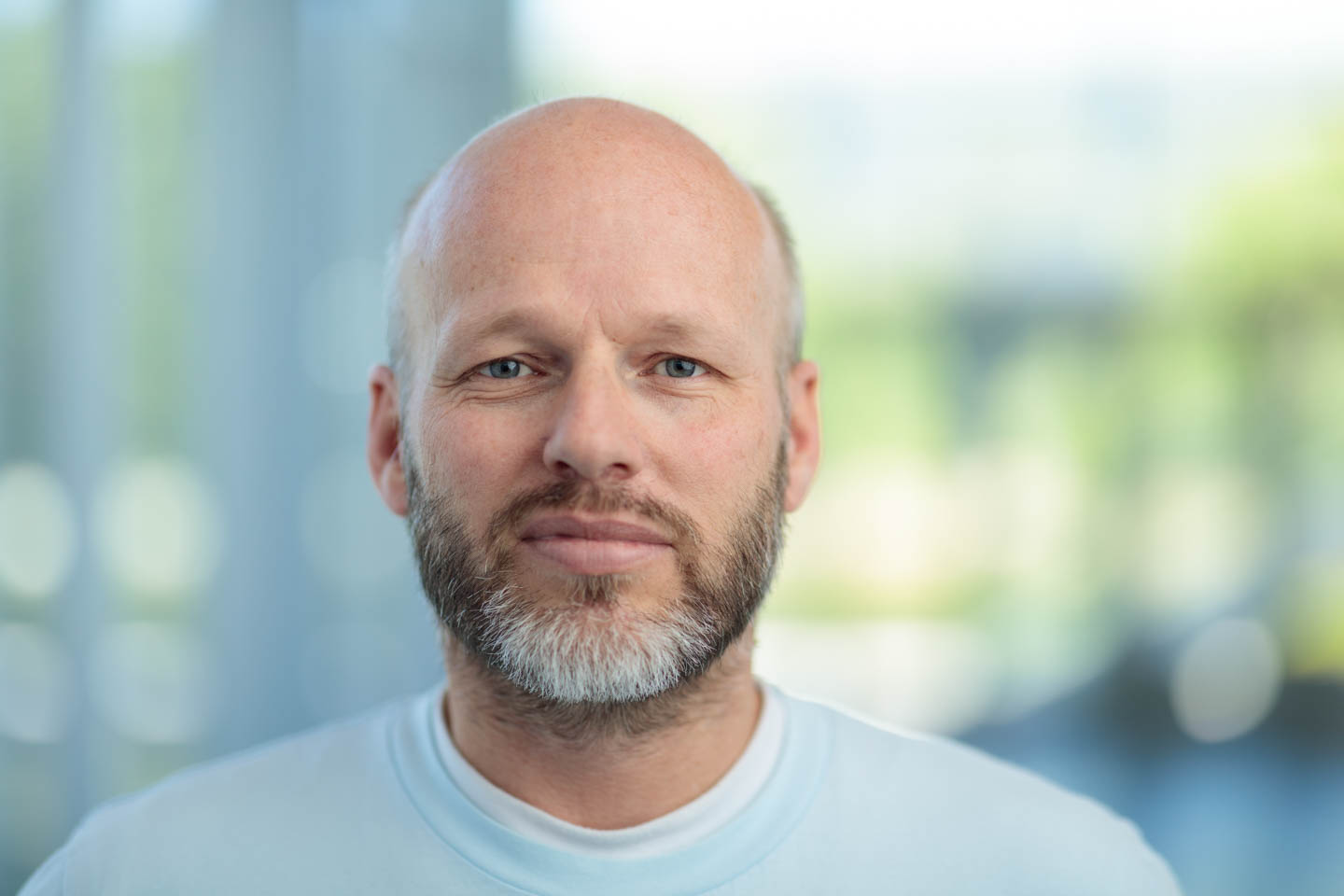 And to thank Juan for his help, I shot his headshot over again. He mentioned he wished he kept his beard. 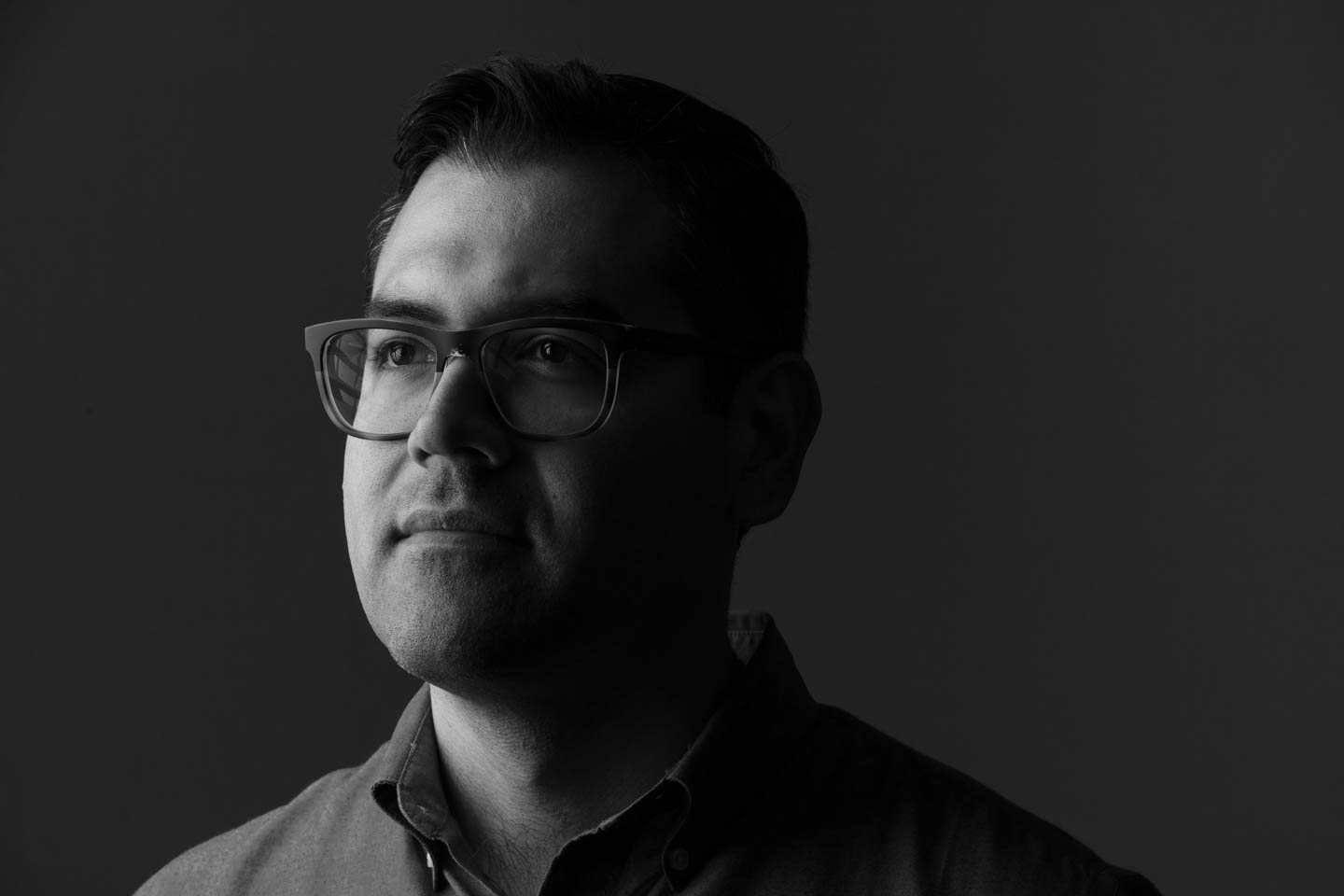 Assistants get a cool headshot

And finally, it’s a photograph of me! I don’t usually create black and white photographs. I’m always a fan of colorful and vibrant. However, it can look pretty dang cool. Hooray for digital photography where you can have both! 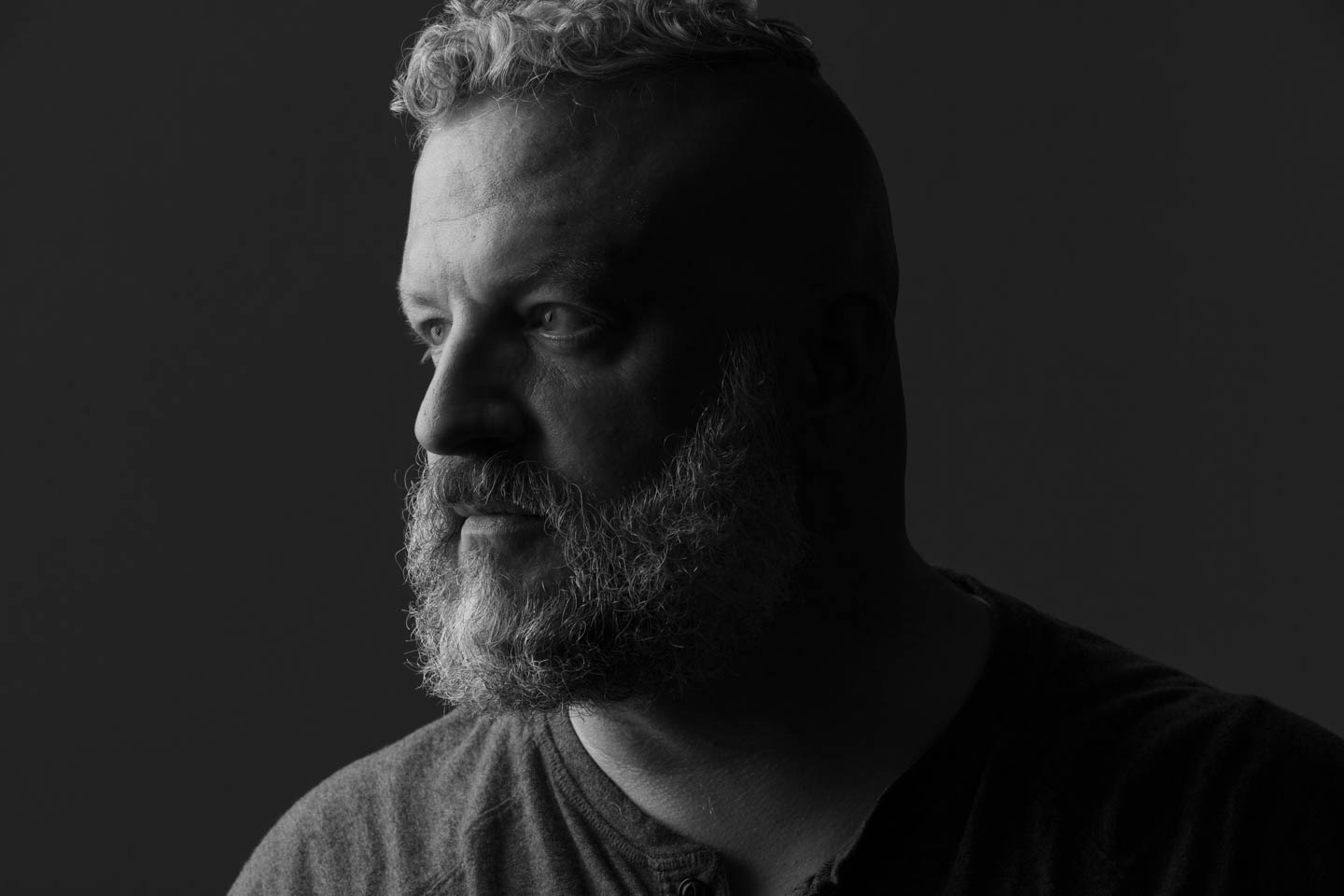 So if your company needs headshots and wants a different look, let me know!