With BYU beating Wisconsin, I figured I would share some photos from an older BYU football game. These are photos from the BYU vs Utah State game at Lavell Edwards Stadium. BYU has had it’s ups and downs in football and I’ve always been a fan. Even when life gets you down, you gotta find some kind of motivation to remain positive and keep fighting.

And you never know when parachuters will land in the stadium. 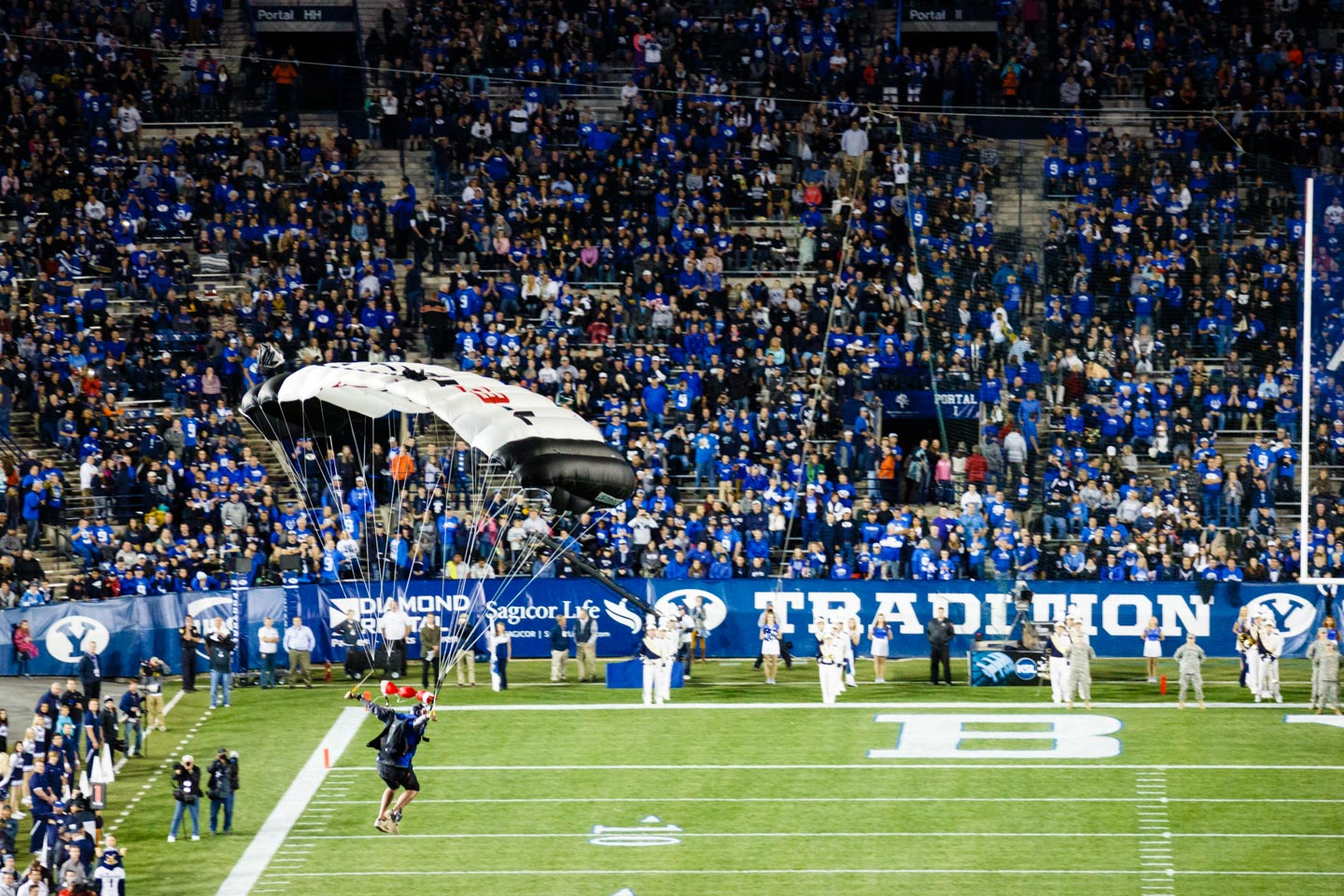 Last year was a horrible year for BYU football. The program only won 4 games. I was even able to attend two of the away games. And so this year is the chance for them to turn things around. 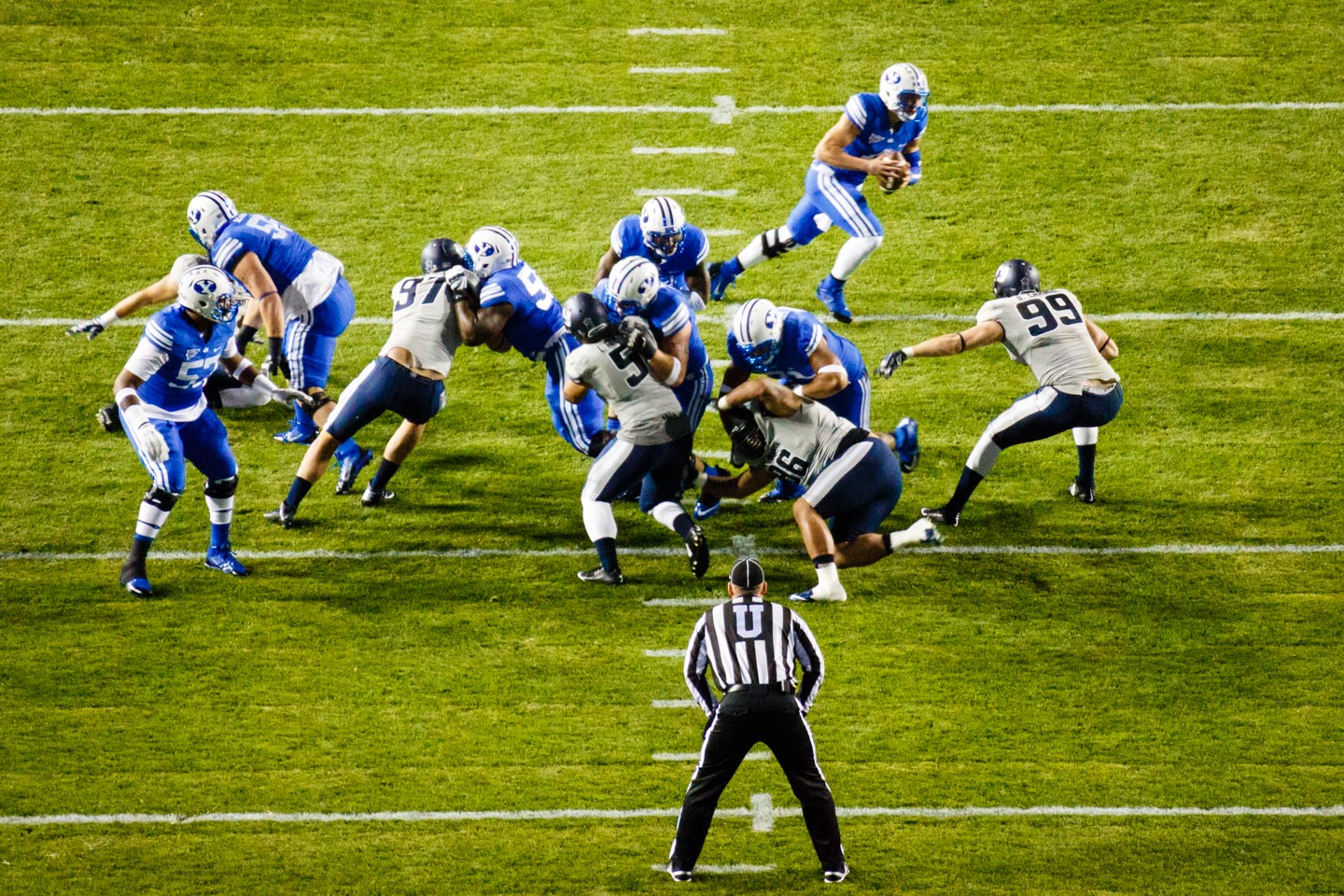 In our own lives we face failure and obstacles all the time. It is how we react to those obstacles that define us. Will we get up and move forward? Will we wait around hoping for a miracle? Can we help those around us even as we face our own demons? 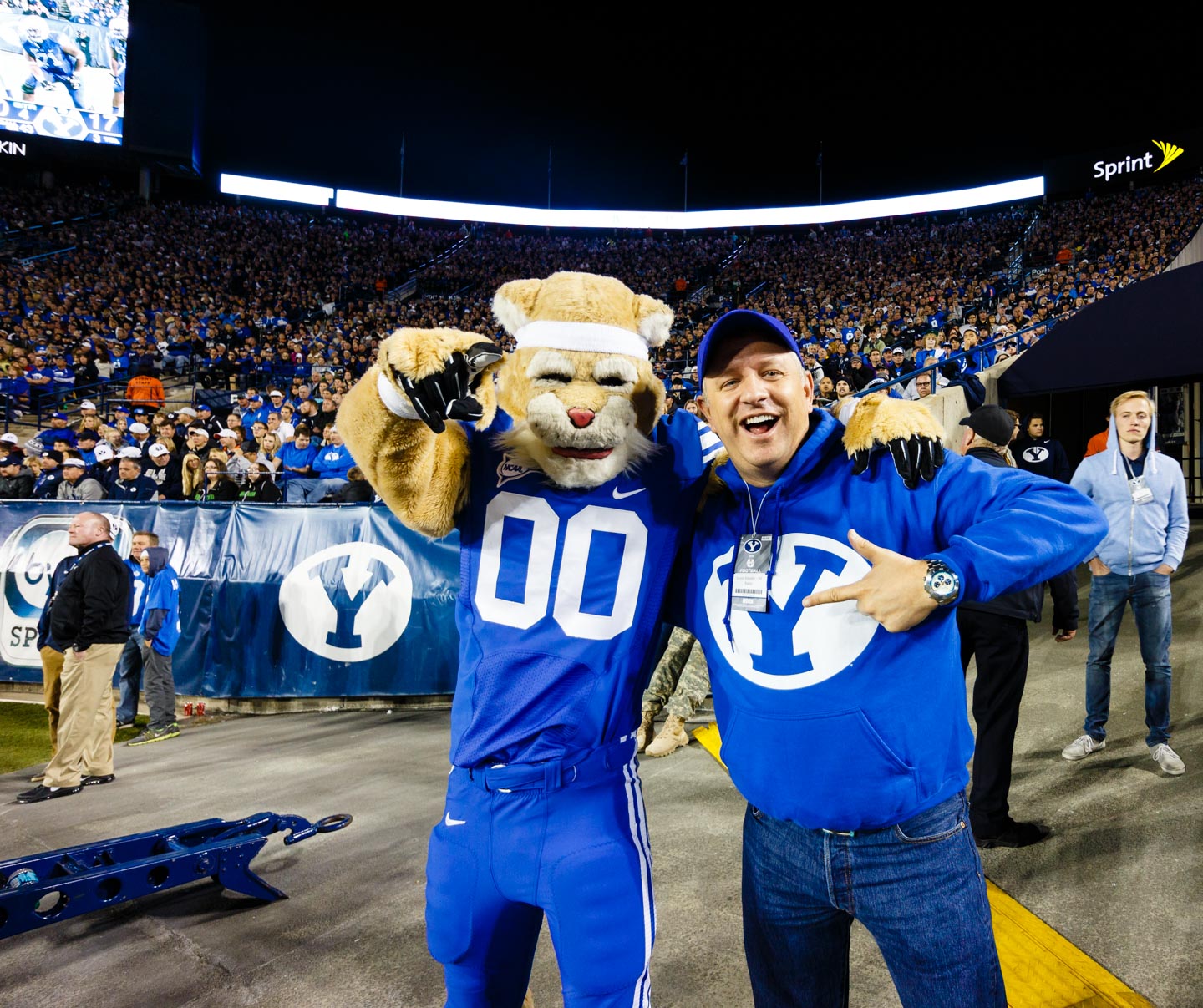 On Saturday, our family watched as BYU beat the Wisconsin Badgers during an away game. Wisconsin was ranked #6! Most everyone predicted a Wisconsin win. Last year Wisconsin played at Provo and beat BYU 40-6. I missed that game due to a wedding I was photographing. 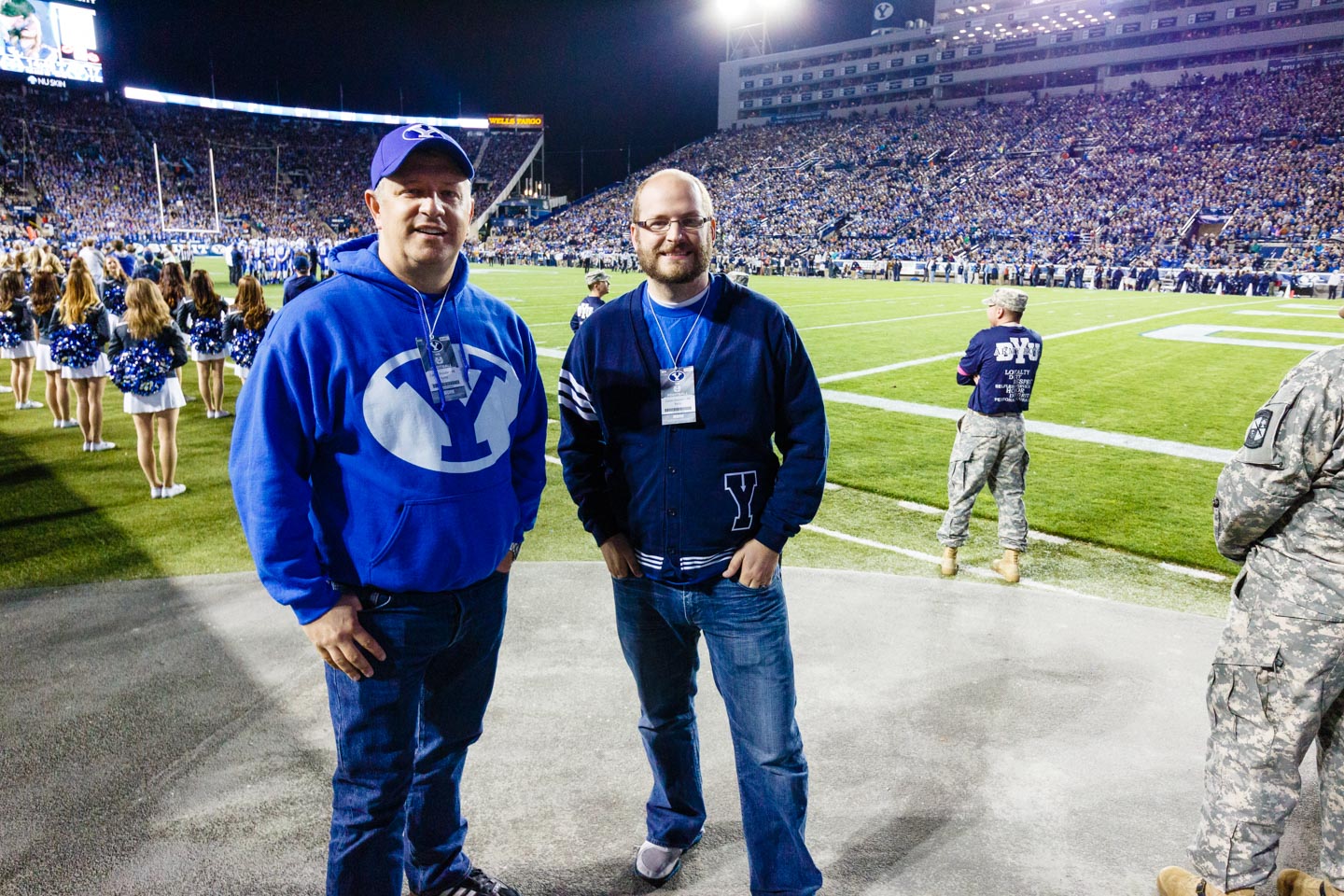 On the sideline with my brother Joel 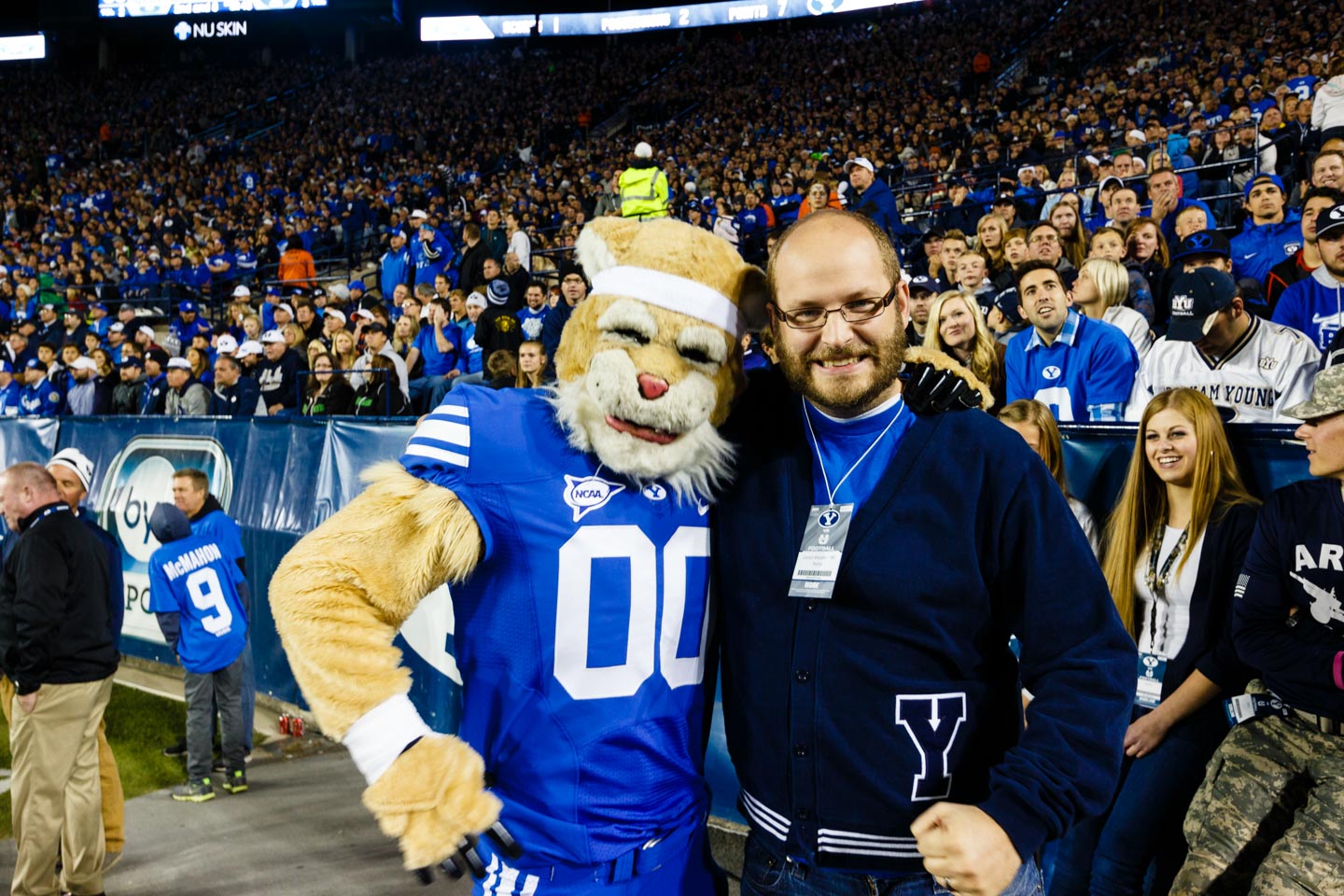 Be the change you want to see in the world. 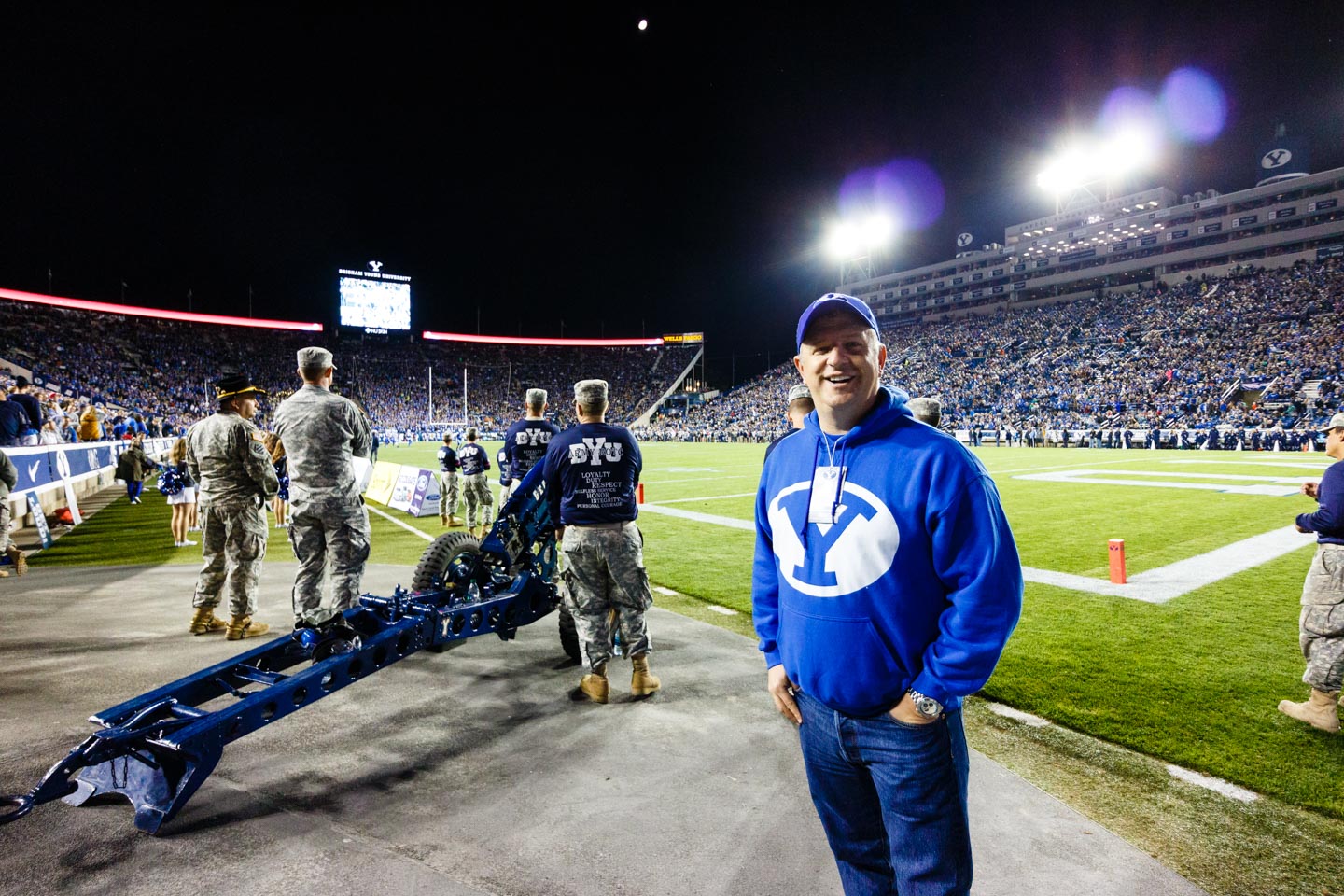 Waiting for my turn to fire the cannon

I never did get to fire the cannon at the Utah State game. Hopefully this season I’ll have the chance to fire it. #GoCougs 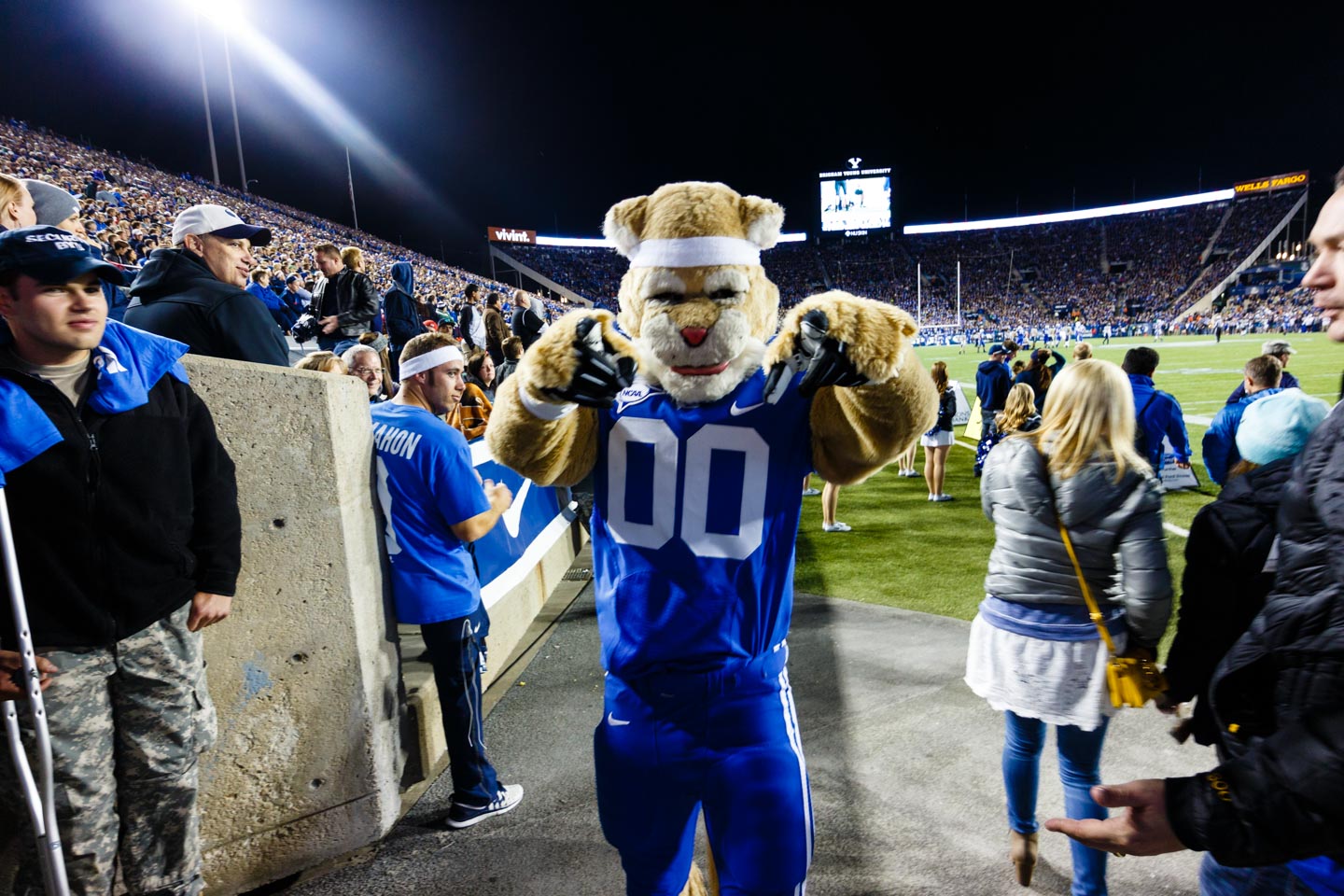 A Funny Thing at the Salt Lake Acting Company

Walk for Life 2018 with the Utah AIDS Foundation & A Video!