Top Posts
Burgers & Sandwiches at The Spoon in 2020
Photos from the Utah HRC Gala 2019 at...
Photographing Glossy Lip Models
How to Shoot Two Different Headshots Quickly and...
Headshots with Nathan in Downtown Salt Lake City
Photos from Force for Good Day 2019
Utah Pride 2019 Photos!
Wedding Photos at Market Street Grill with Tyson...
Sunday in the Park with George by the...
Summer Heritage Gardens Wedding with Sydney & Michael
Home Behind the Scenes Family Portraits with a Profoto B1
Behind the ScenesChildren PortraitsFamily Portraits

Is it possible to photograph in subzero temperatures? Yes, it is. And the photos can still look amazing if you can draw out a smile or good expression from your subject. I had rented a Profoto B1 light with softbox from ACME Camera Company last week and I wanted to put the light through its paces. The light is more powerful and recycles faster than my typical portable lighting kit. The light is wireless, magic, and I have some serious gear lust after renting this light. 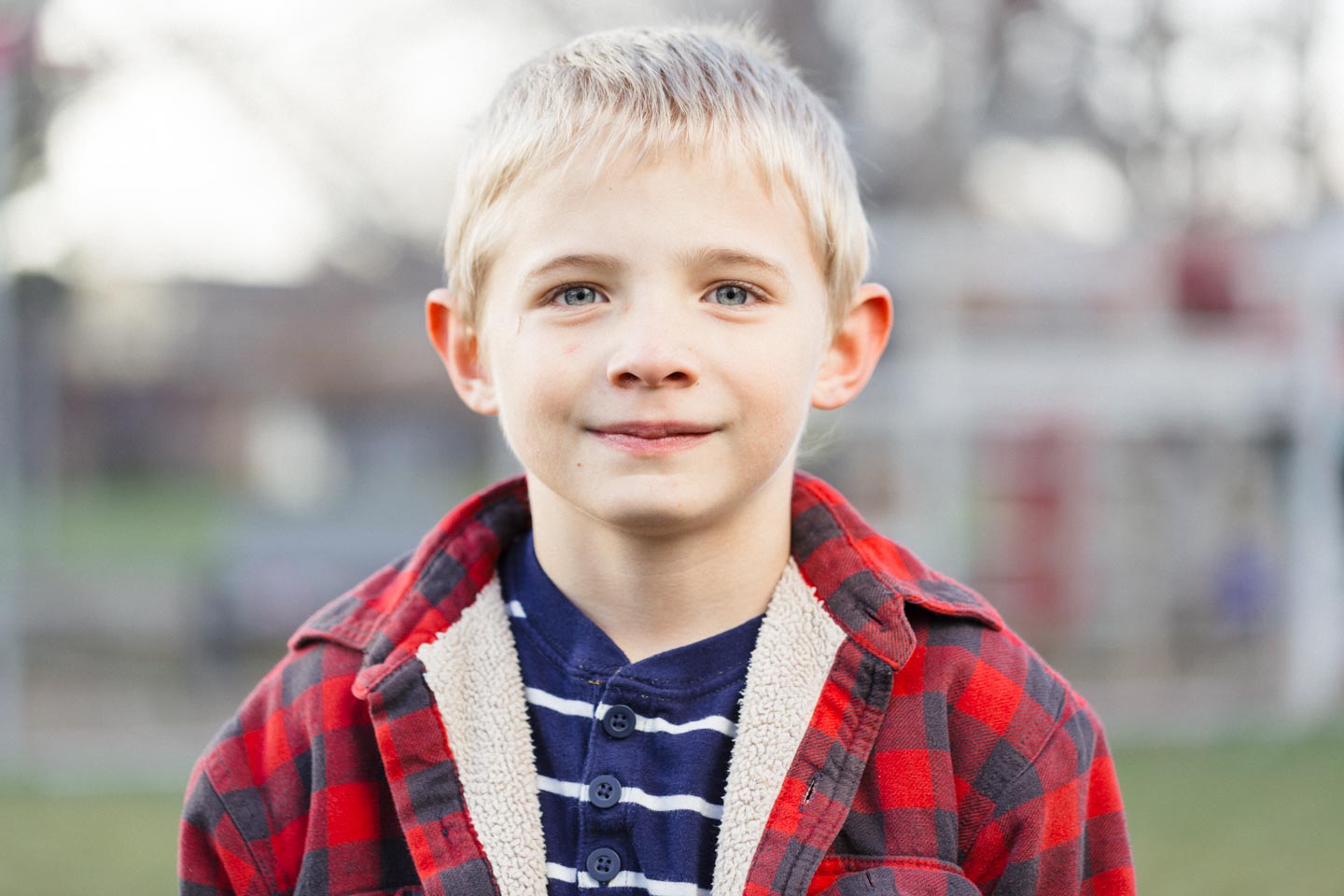 The weather was downright freezing. It was below freezing actually. So, kudos to the kids for braving the cold. We spent about a minute or two with each kid and the light was fast enough to fire off enough shots and it never missed a beat. And because of the power of the light we could have a larger softbox which creates a nice soft light that creates the illusion of natural light. I can also get the shallow depth of field and a blurred background which I love. So yes, this camera is on my Amazon Wishlist, and I am saving my dollars to afford this light. They are expensive. And it is why I used 20 pounds of ankle weights to weigh down the light stand and I had each kid act as a photo assistant and hold the light stand while the wind was blowing. There was quite a bit of wind which can be a bad and a good thing. The wind causes the hair to fly into the face but it can also make the hair fly as if we have a wind machine which can create a more dynamic headshot. 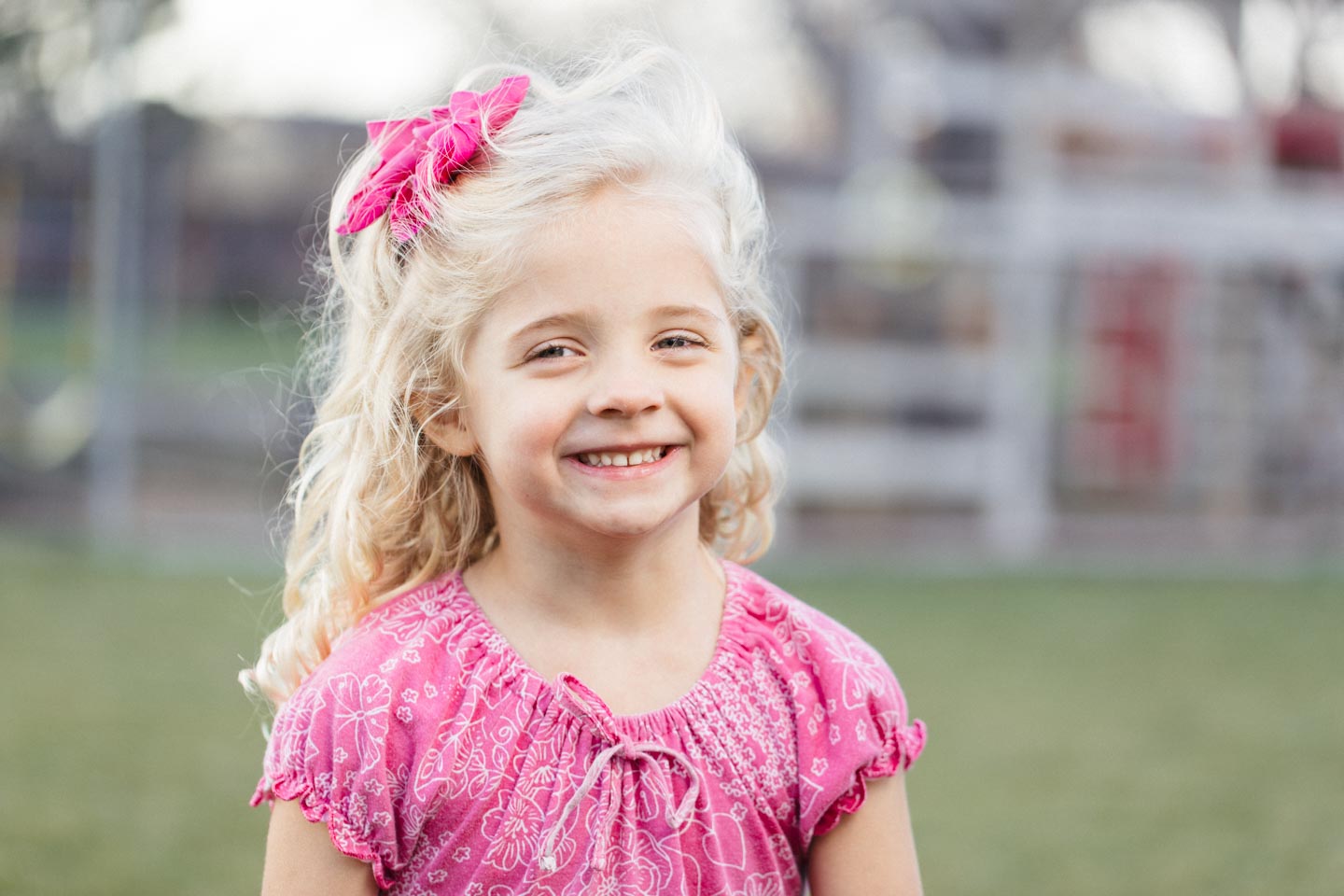 Eve braves the cold for her portrait

I also photographed Adam, the father of two of the kids. He needed a few headshots for some Facebook profiles. Everyone should have professional headshots for this profiles photos… especially for Tinder. 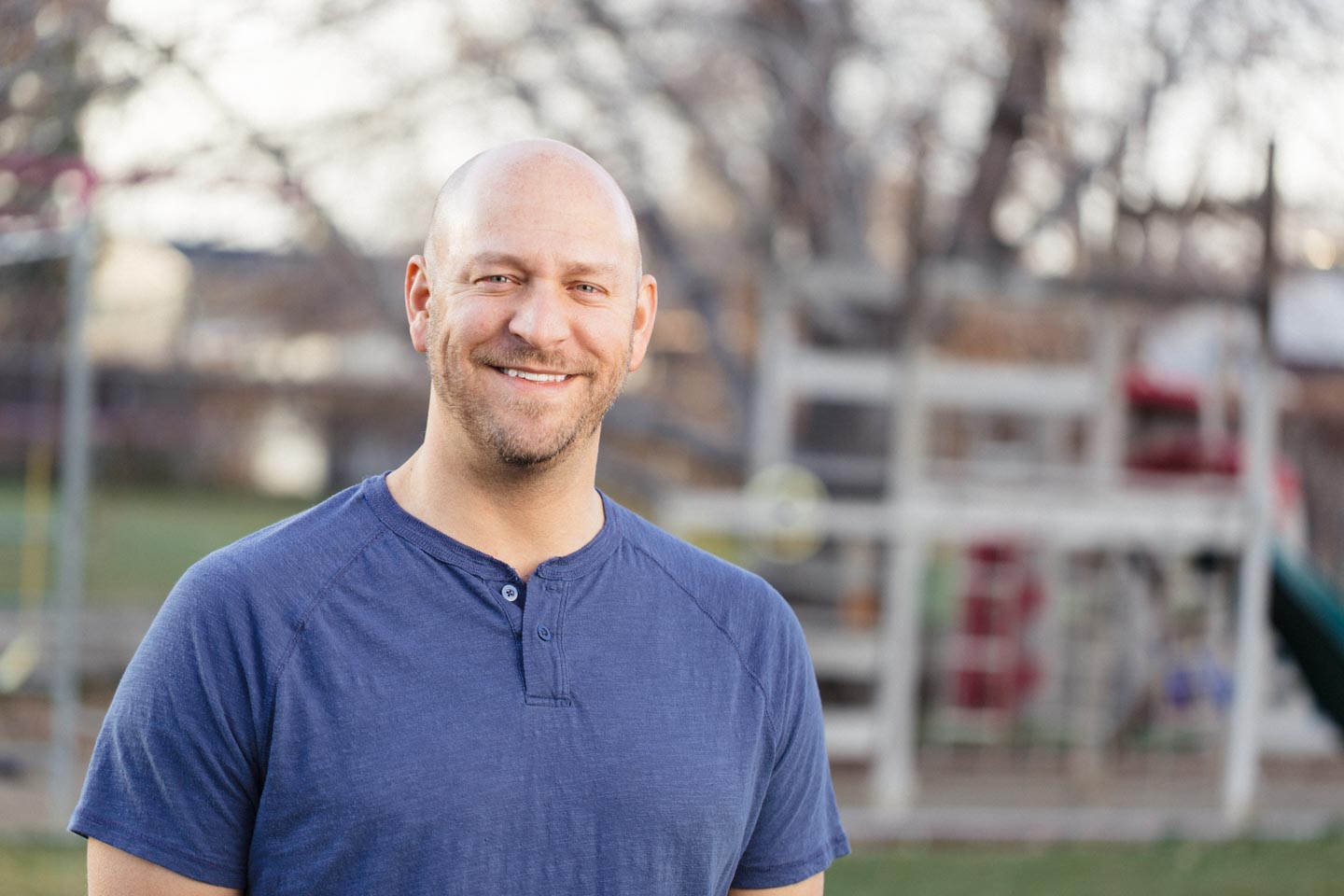 Some of the kids, including Julianne, switched outfits so I photographed them twice. This is the second outfit for Julianne and I like it a lot more than the first outfit. She has a great sense of style and has always known how to pose for the camera. 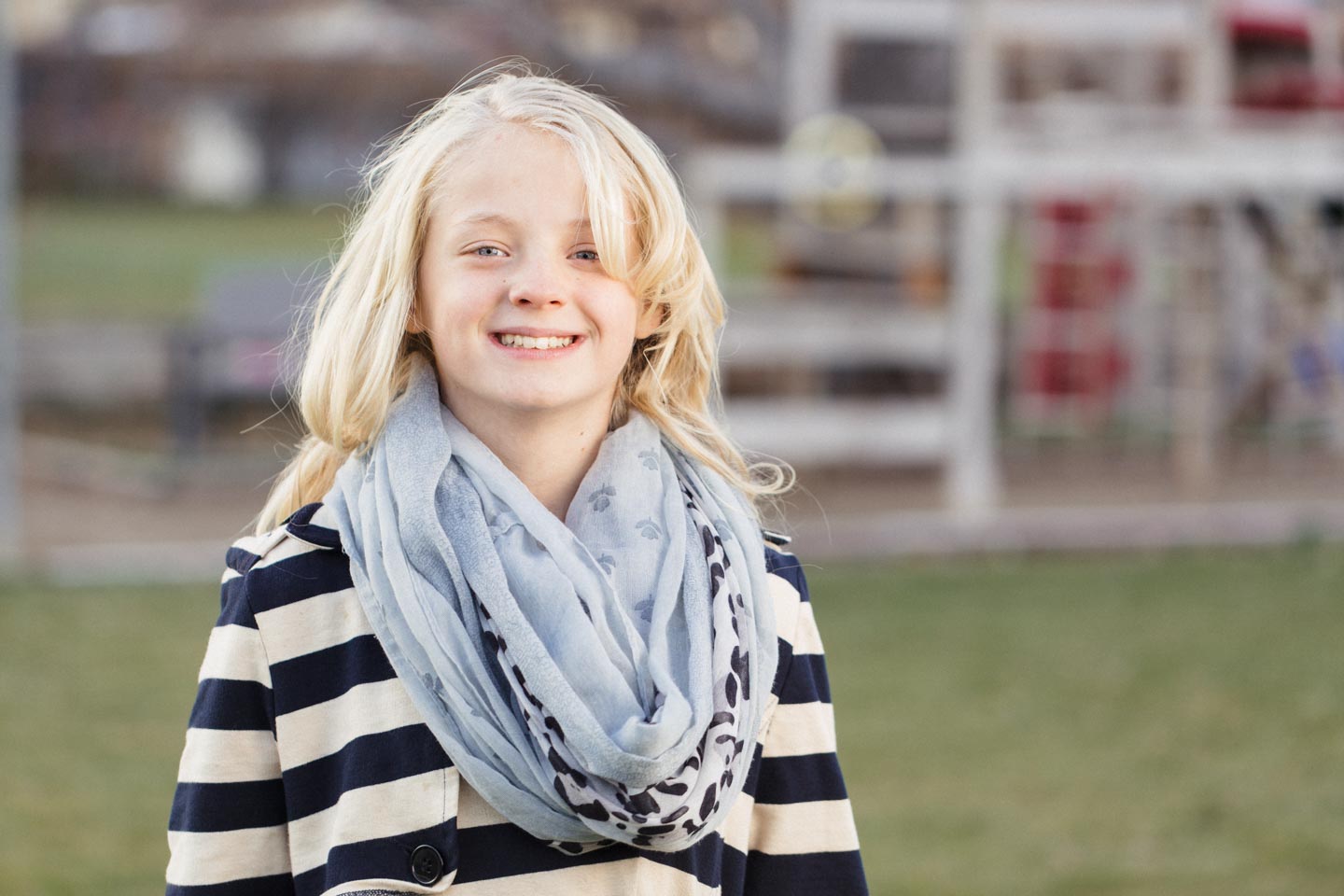 Julianne knocks it out the park with her fashion sense

At the end of the photo shoot we did a group photo. This is just 70% of my nephews and nieces. I hope I can photograph all ten of them together someday… they haven’t been in a group yet 🙁 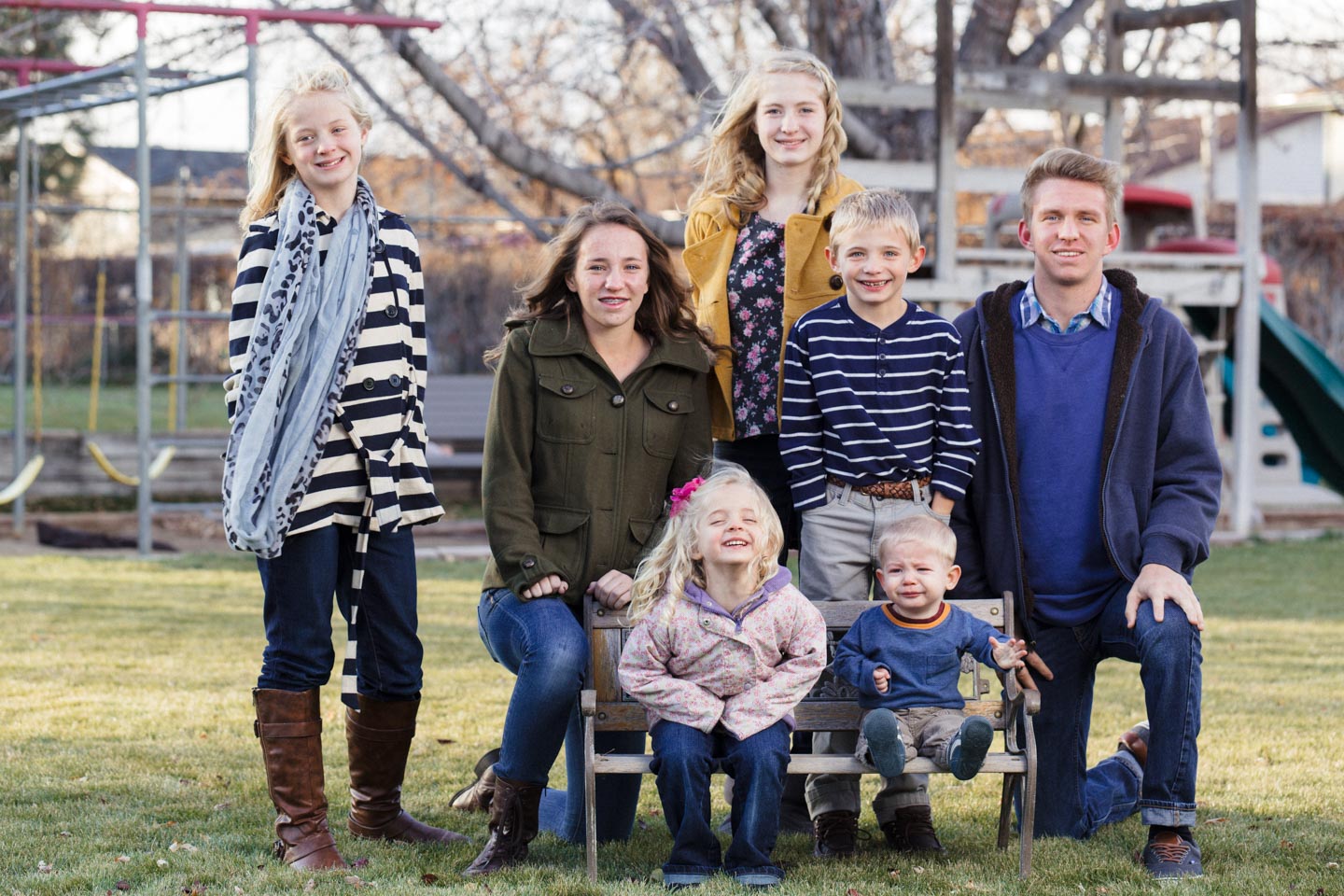 Group photo of the nieces and nephews

Levi has been my “muse” for the last year. At least, I have had a personal project to photograph Levi once a month during his first year. He is a natural for the camera, however, he didn’t last long in the cold weather. He gave a few smiles and faces until he decided he didn’t like the cold. 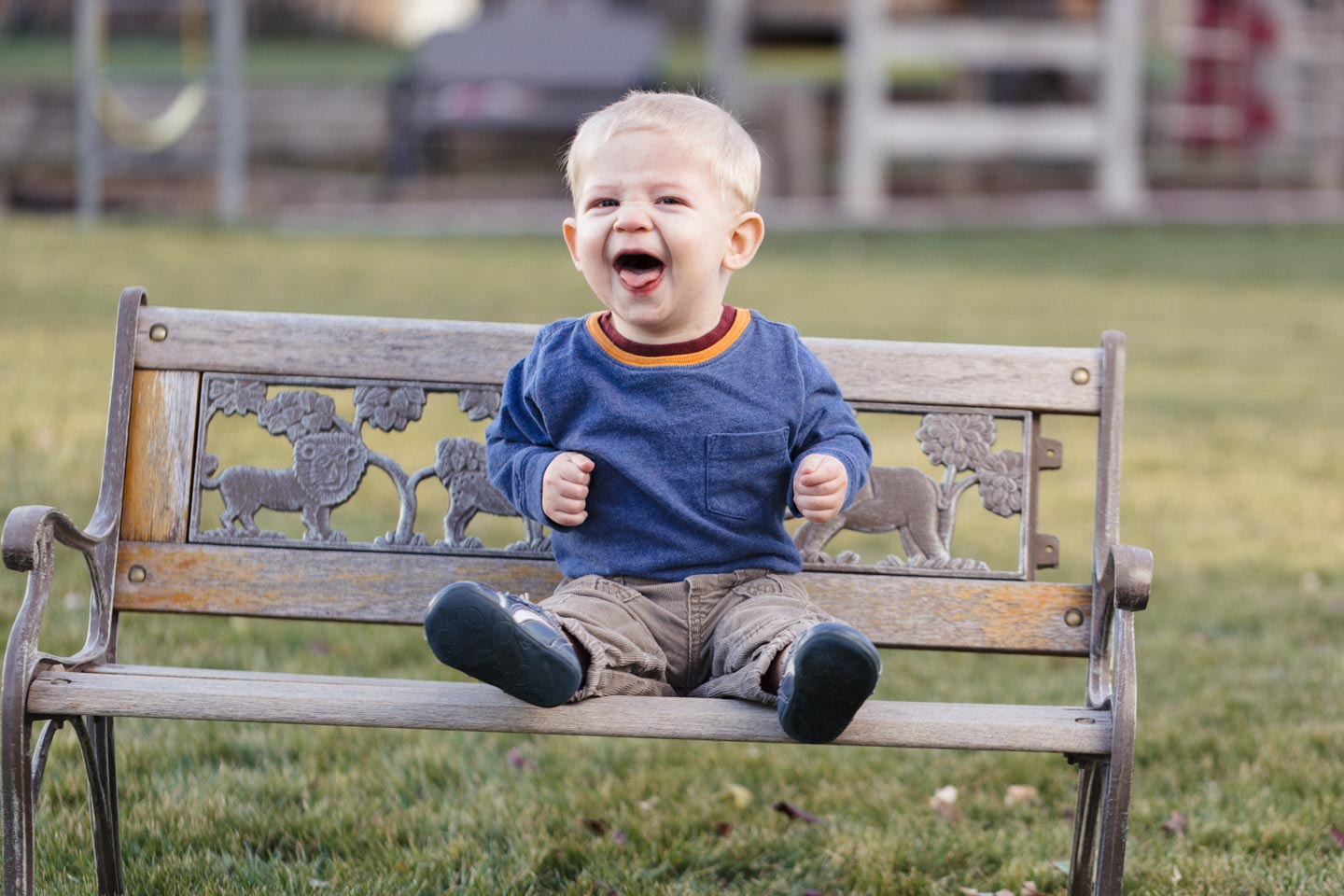 Levi was smiling for about 30 seconds before he got cold 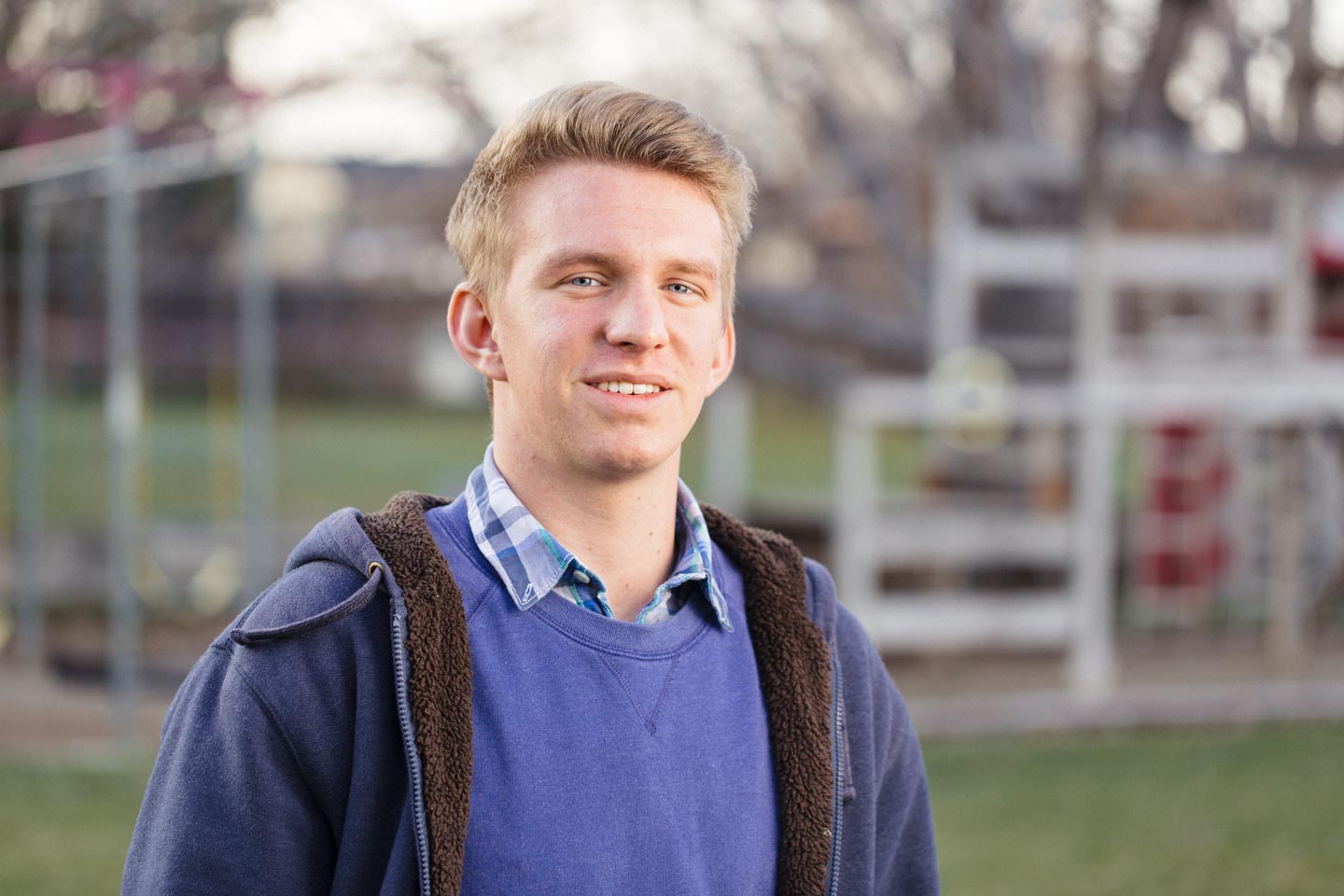 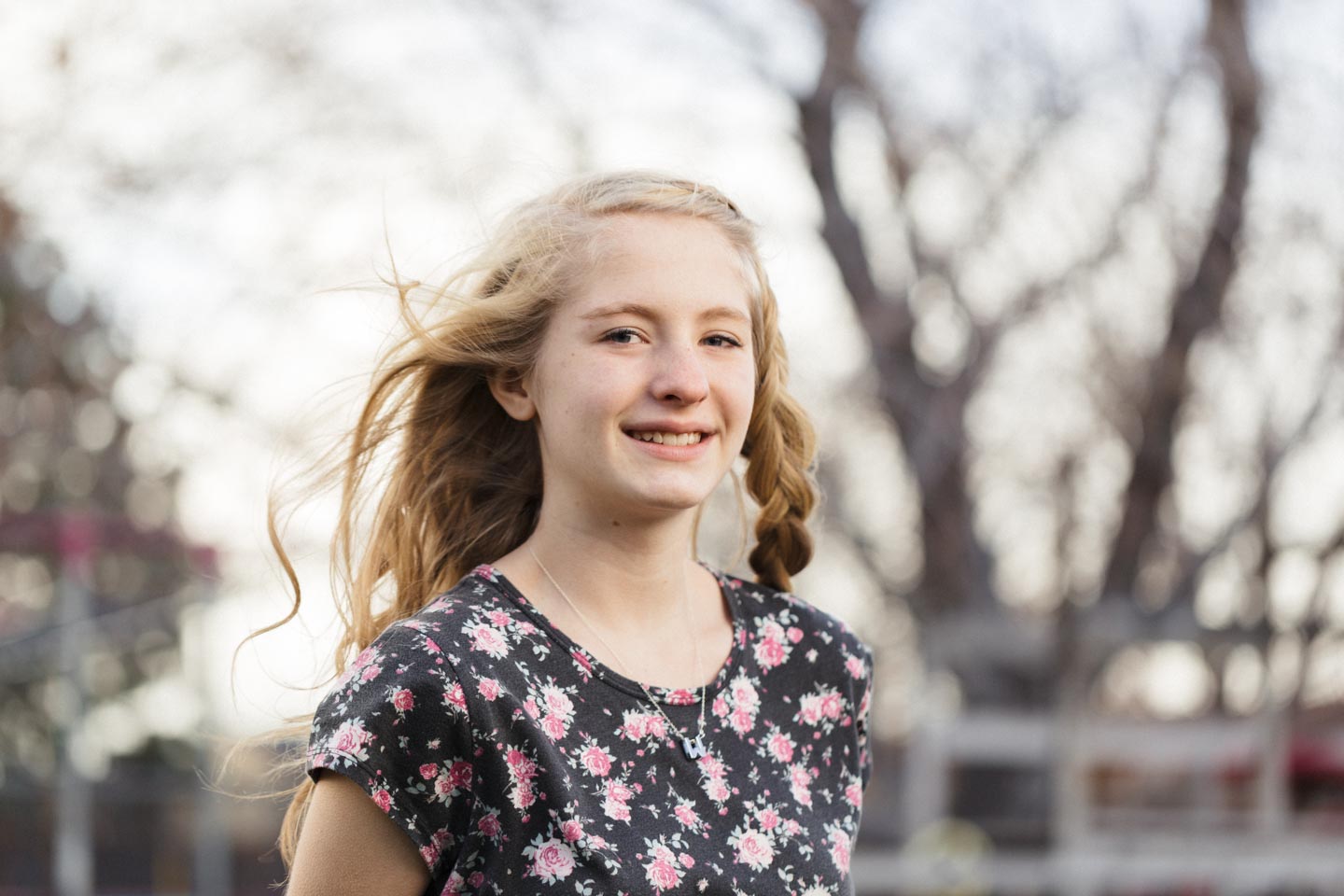 Maren braves the cold for her headshot

Here is a behind the scenes photo of the photo shoot. You can see the size of the softbox with Profoto B1. It creates the most amazing light. Until I can buy one outright I’ll probably rent this bad boy a few more times. And I’m not paid by anyone to say this. I just reserve the right to geek out over some camera gear that helps create amazing photos. 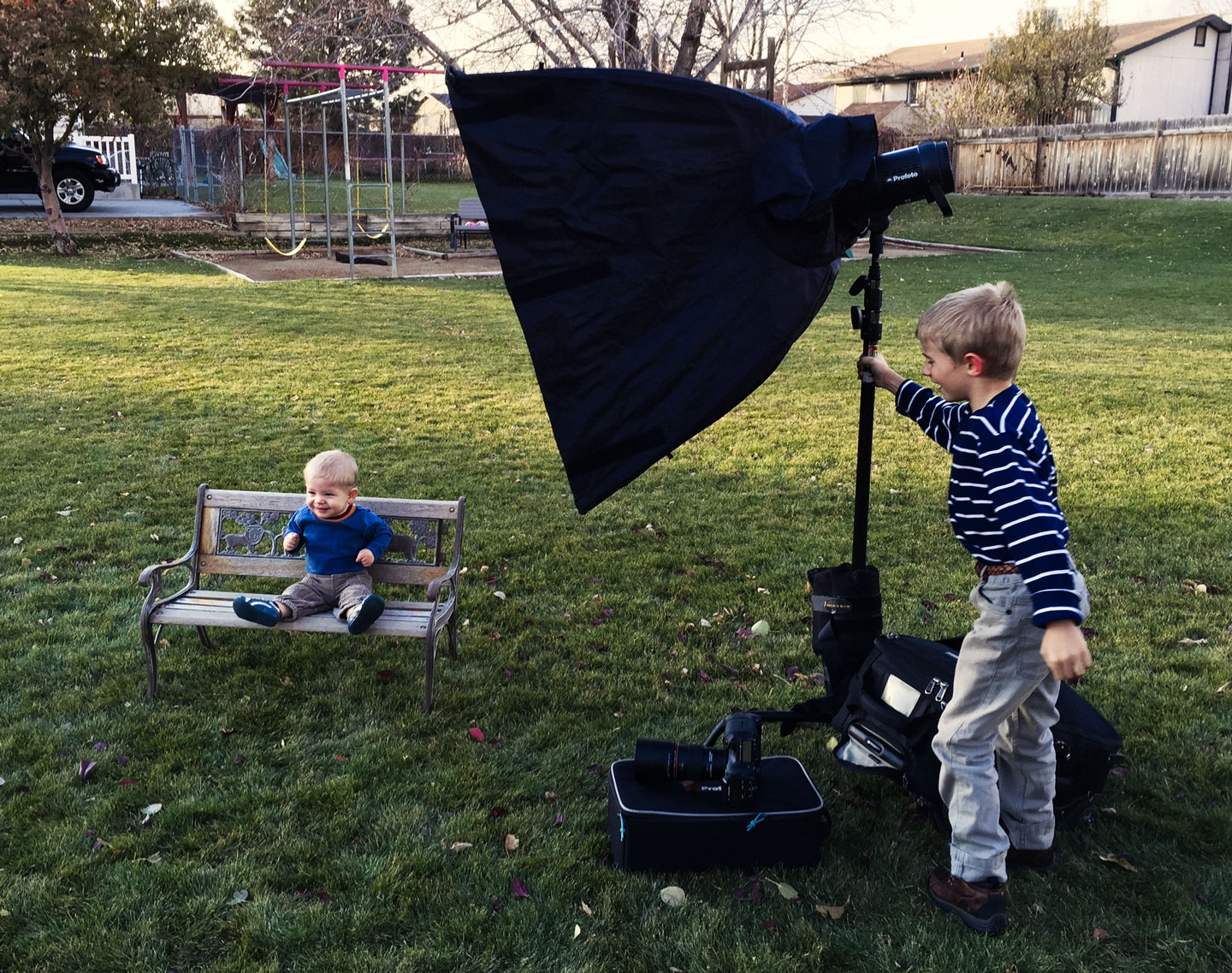 Behind the scenes photo with Henry holding the Profoto B1 steady 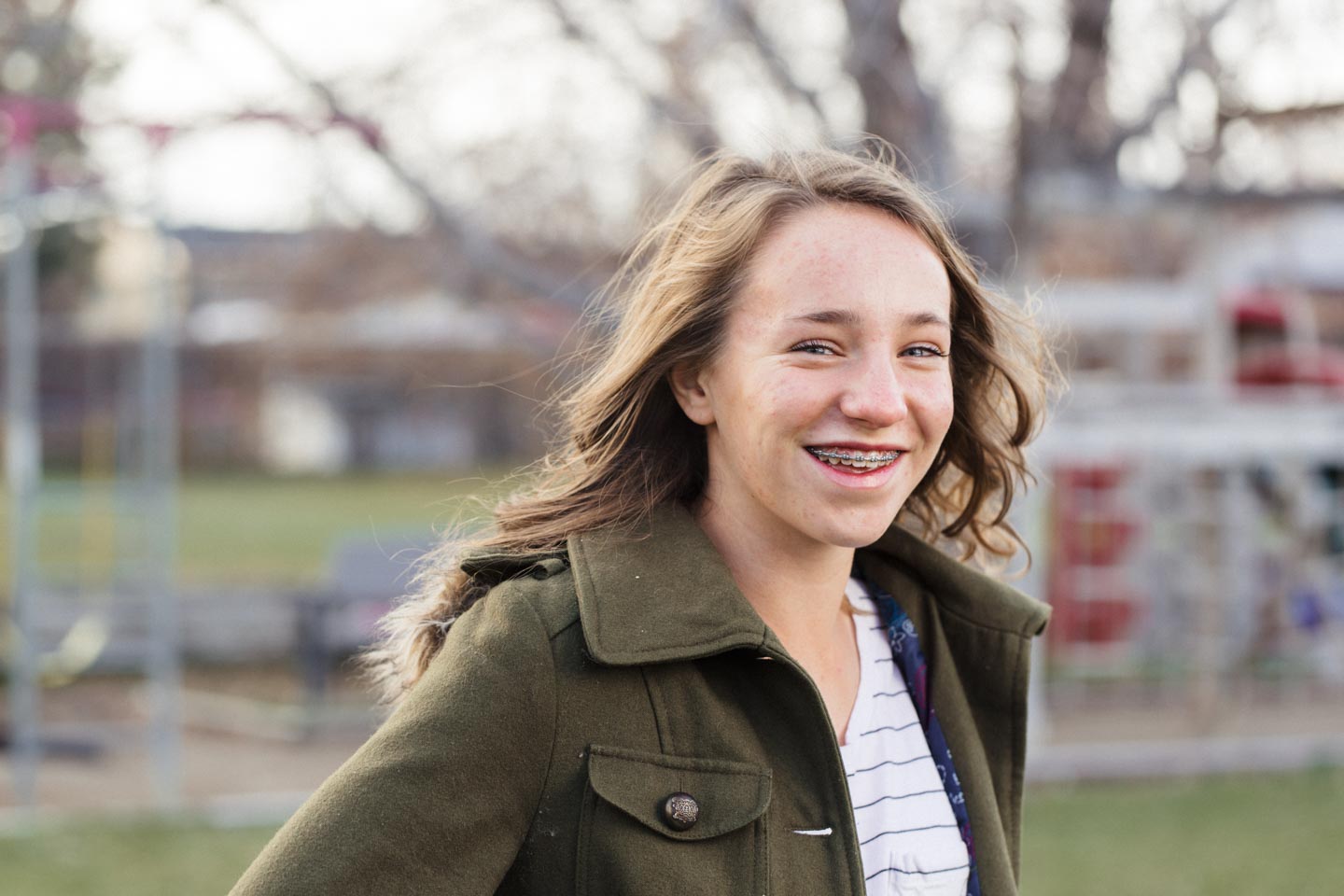 Afton poses for her headshot 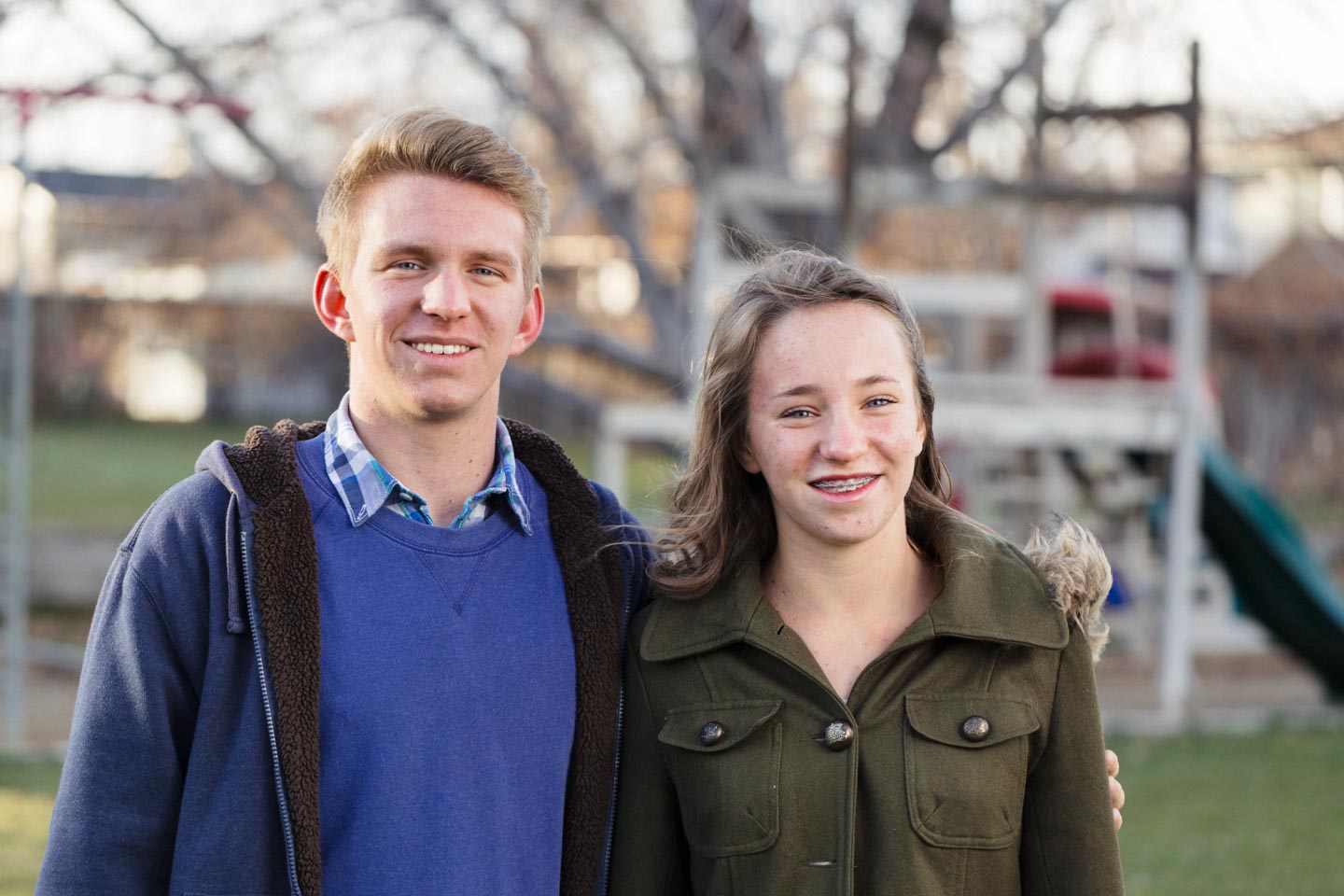