Top Posts
Leasey Family Portraits in Studio
A Before & After from Photoshop Retouching
An Orem Wedding in the Time of COVID-19
Maya’s Fashion Portraits on the Bonneville Salt Flats
Dave & Doug’s Family Photo Shoot in Big...
Children Photo Shoot in Big Springs Park in...
Autumn Portrait Season is Around the Corner
Time is Running Out to See the NEOWISE...
Senior Portraits with Maren on Provo’s Center Street
Headshots for LUX Catering & Events 2020
Home Portrait PhotographyMale Portraits Exploring Provo and the Santaquin Mines with Brian the Photographer
Male Portraits

Exploring Provo and the Santaquin Mines with Brian the Photographer

Sometimes it is fun to go out with another photographer and explore various parts of Utah and also find some new models. Brian is one of those outgoing people who knows everyone so he knew of 2-3 models who were willing to trade their time for some photos. 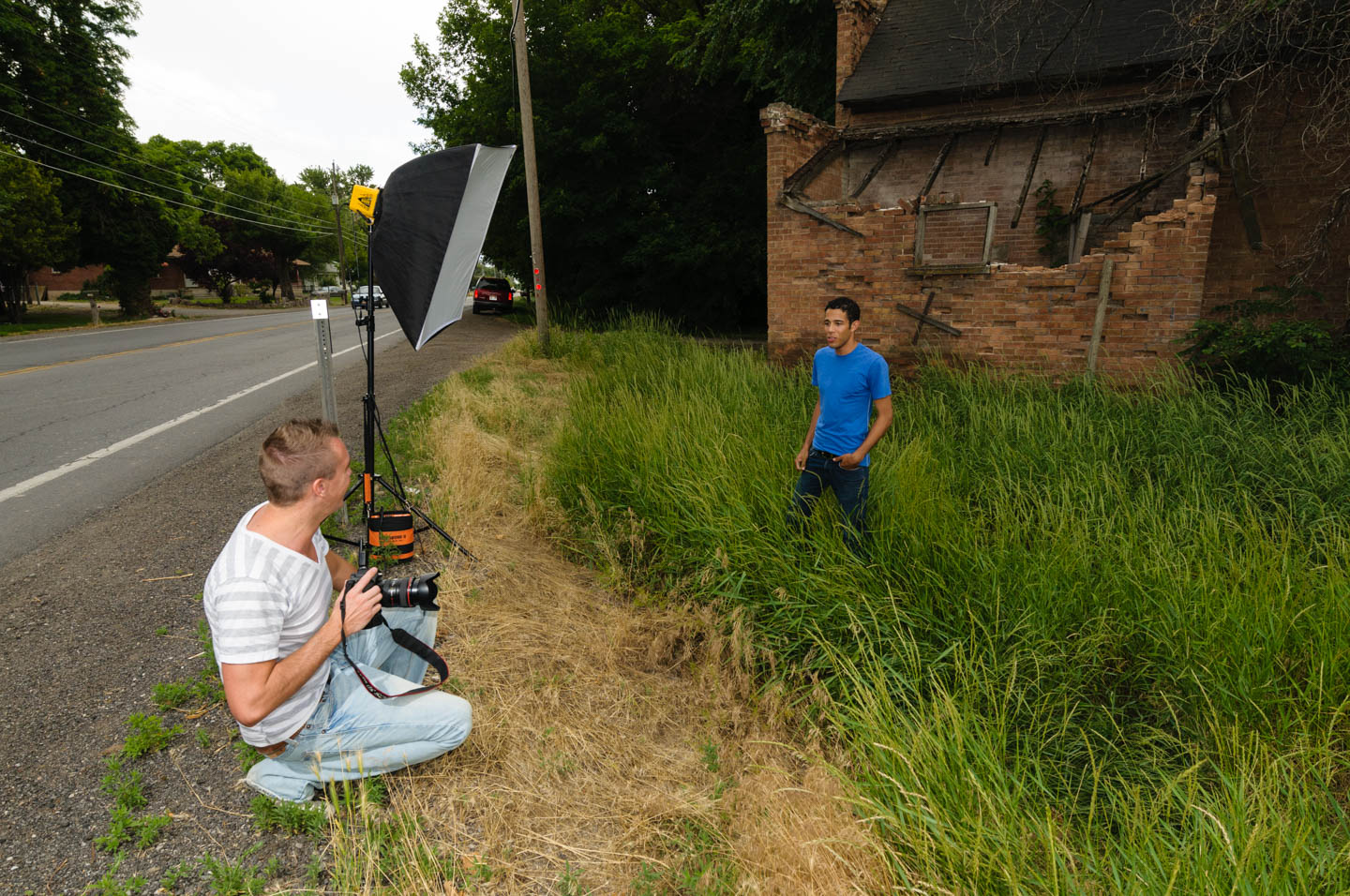 We packed up the studio lighting and drove down to Provo Castle for the first location. The Provo Castle is located right behind the State Hospital and has some great locations for portraits and photos. These are a number of behind the scenes photos. They are photos of photographers in action. 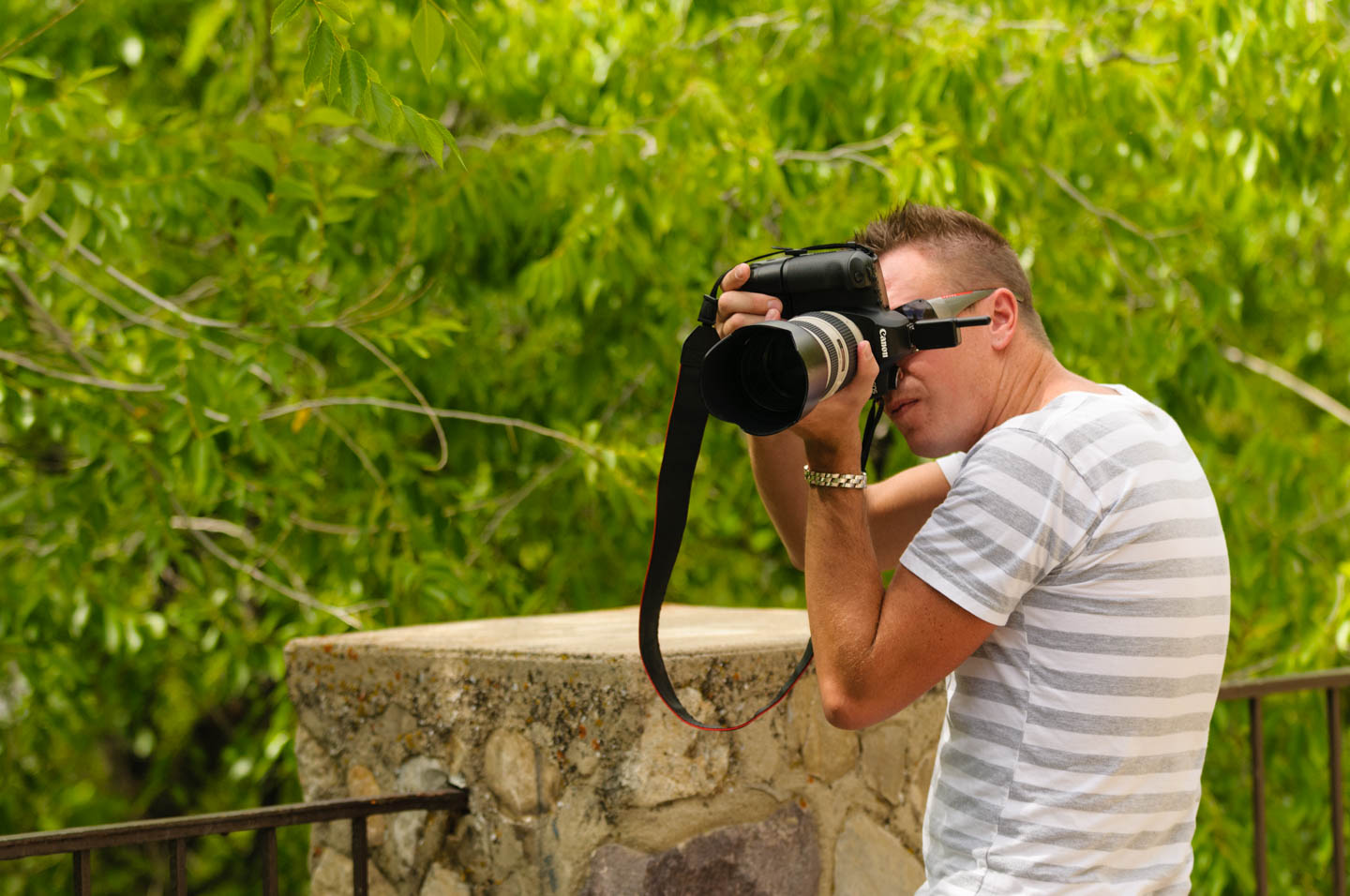 Another reason to hang out with photographers is you can photograph each other for free and swap photos. We can all use more photos of ourselves in marketing and social media. It can be quite convenient. 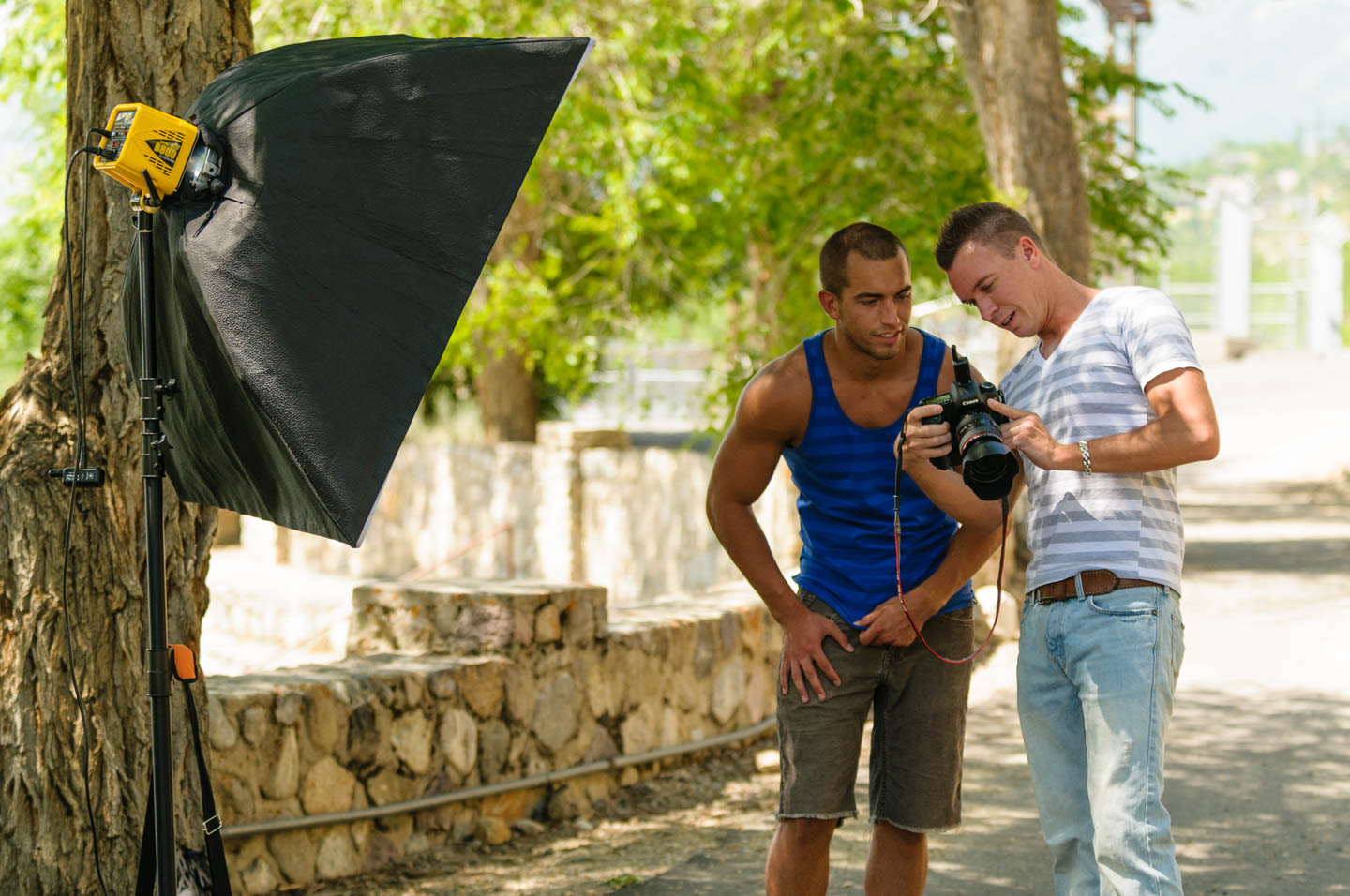 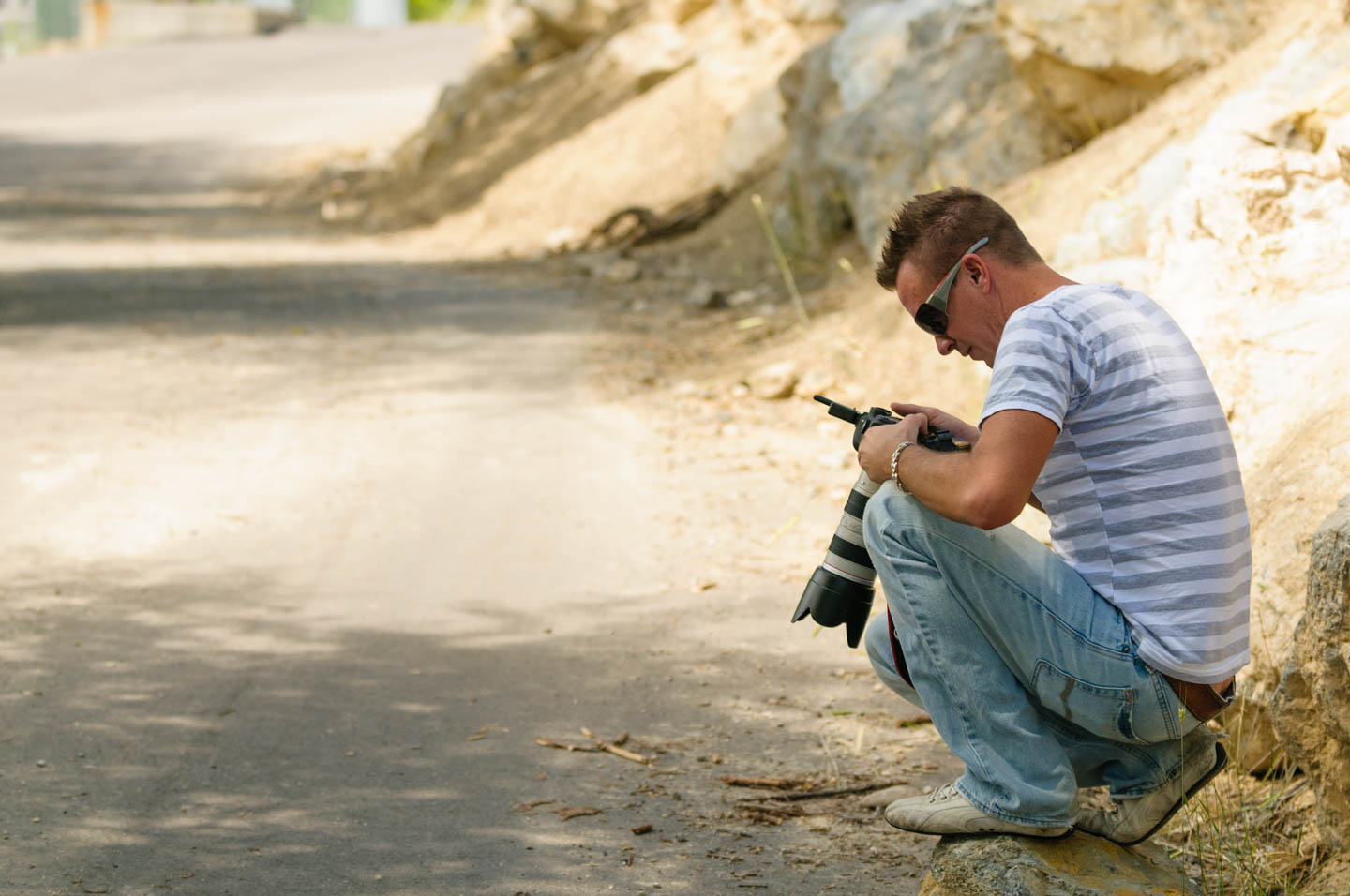 Photographers call peaking at the back of the camera chimping

Brian was also the person who helped me decide to switch to Canon. I has shot a little bit with his Canon 5D Mark II. The quality and color right out of the camera is amazing. There were a few lenses that are alluring but the sensor quality was the final nail in the coffin to switch.

After going to the Provo Castle we drove out to find some ghost towns. We had heard about Eureka, Utah which is partial ghost town but there are still a lot of people who live there. Along the way we did stop by the Santaquin Mines to take some photos. It can be a bit hazardous to hike but it can be worth it. You have a great view of Utah Valley and the location has been feature in some Hollywood move such as the movie Bats (1999) with Louie Diamond Philips. 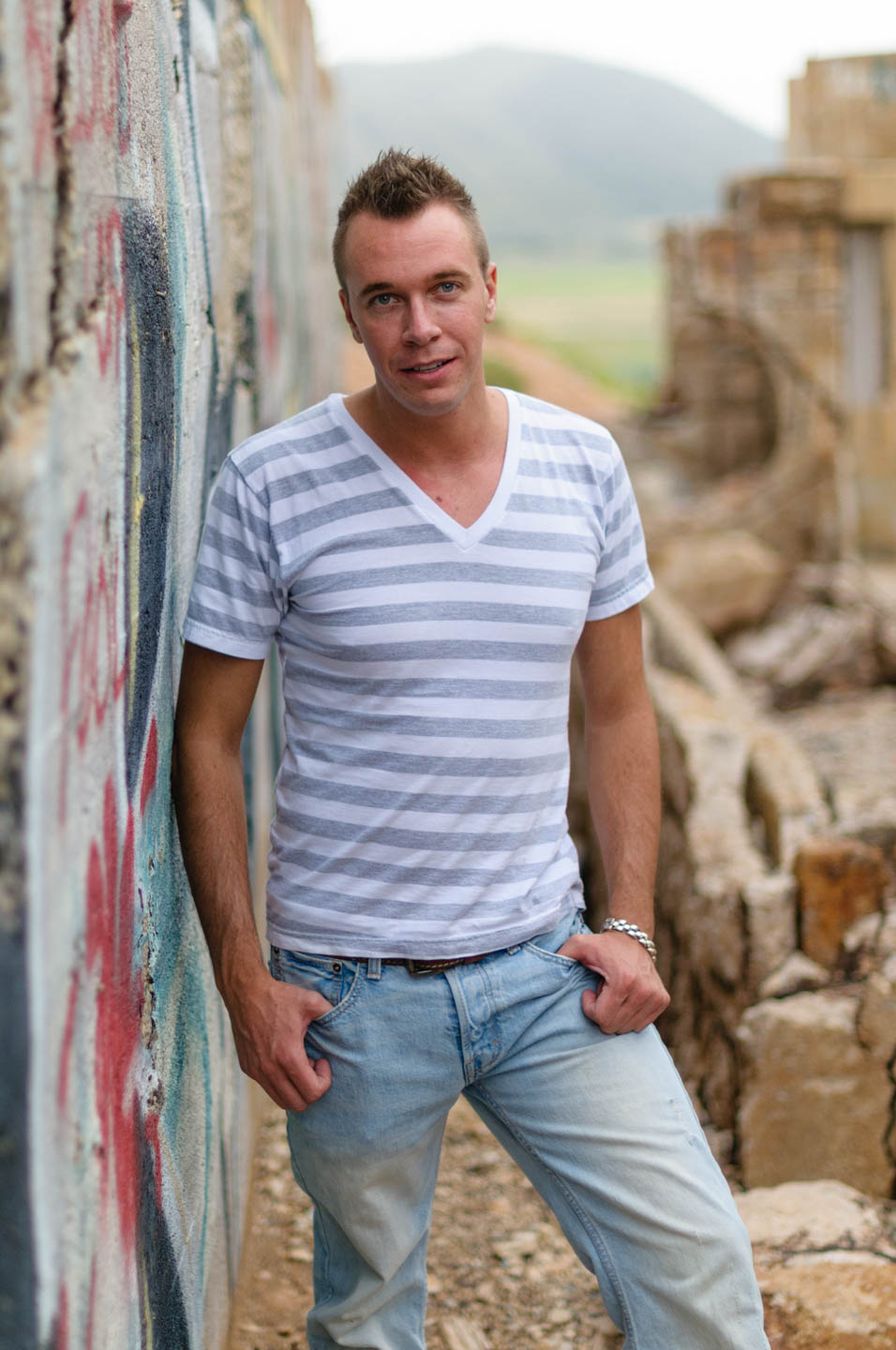 Be careful at the mines. They are not entirely safe. 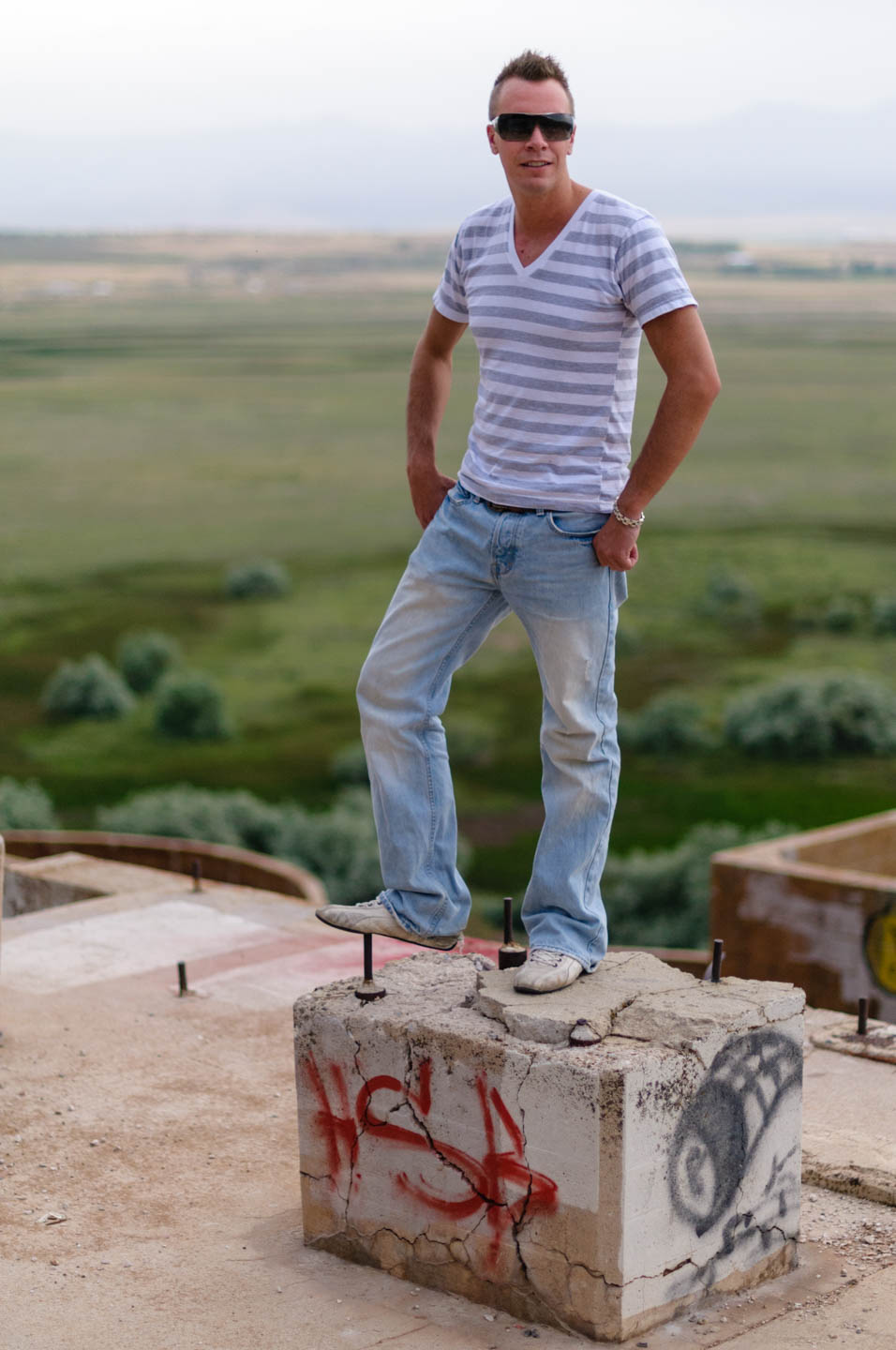 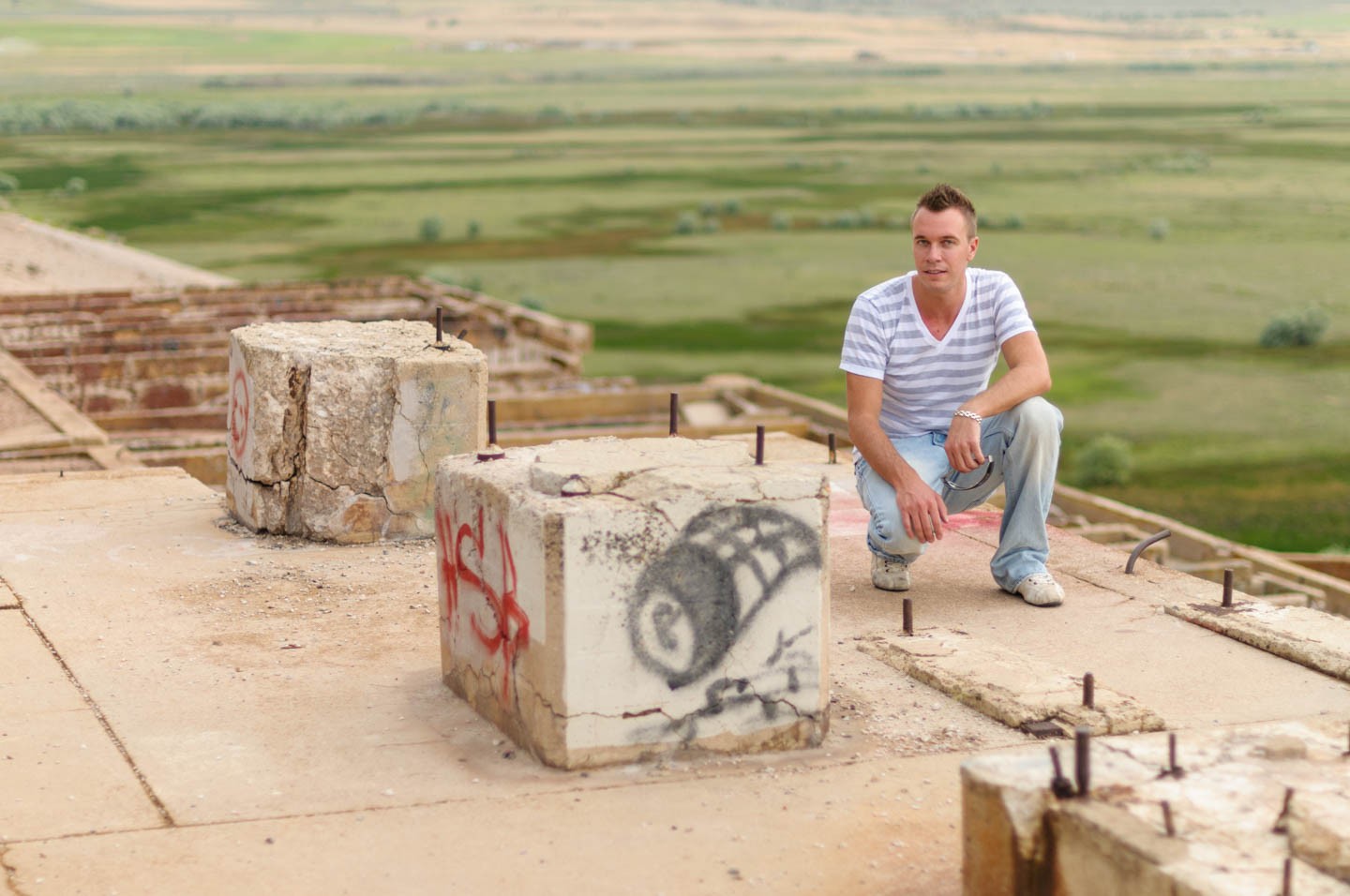 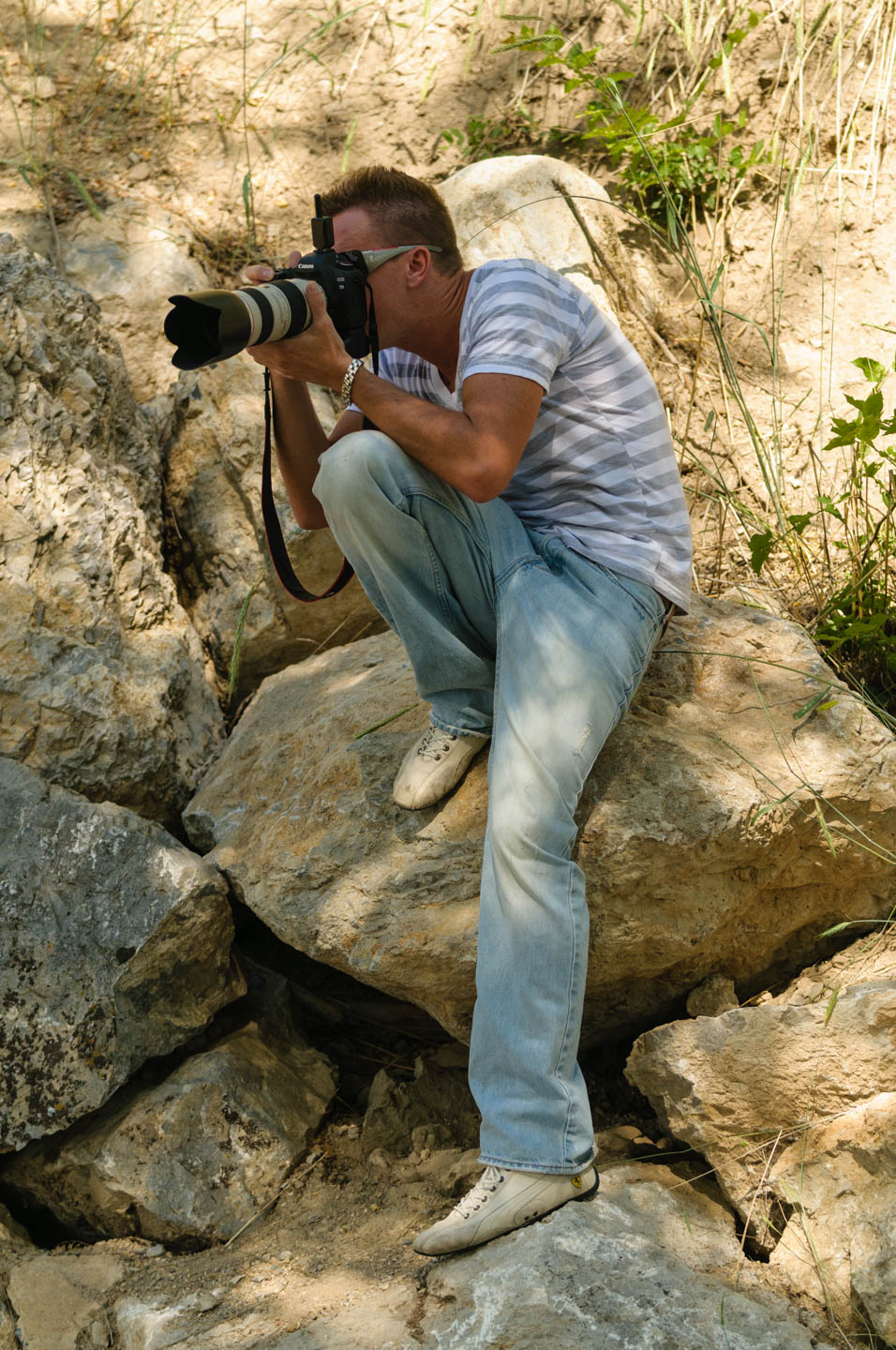 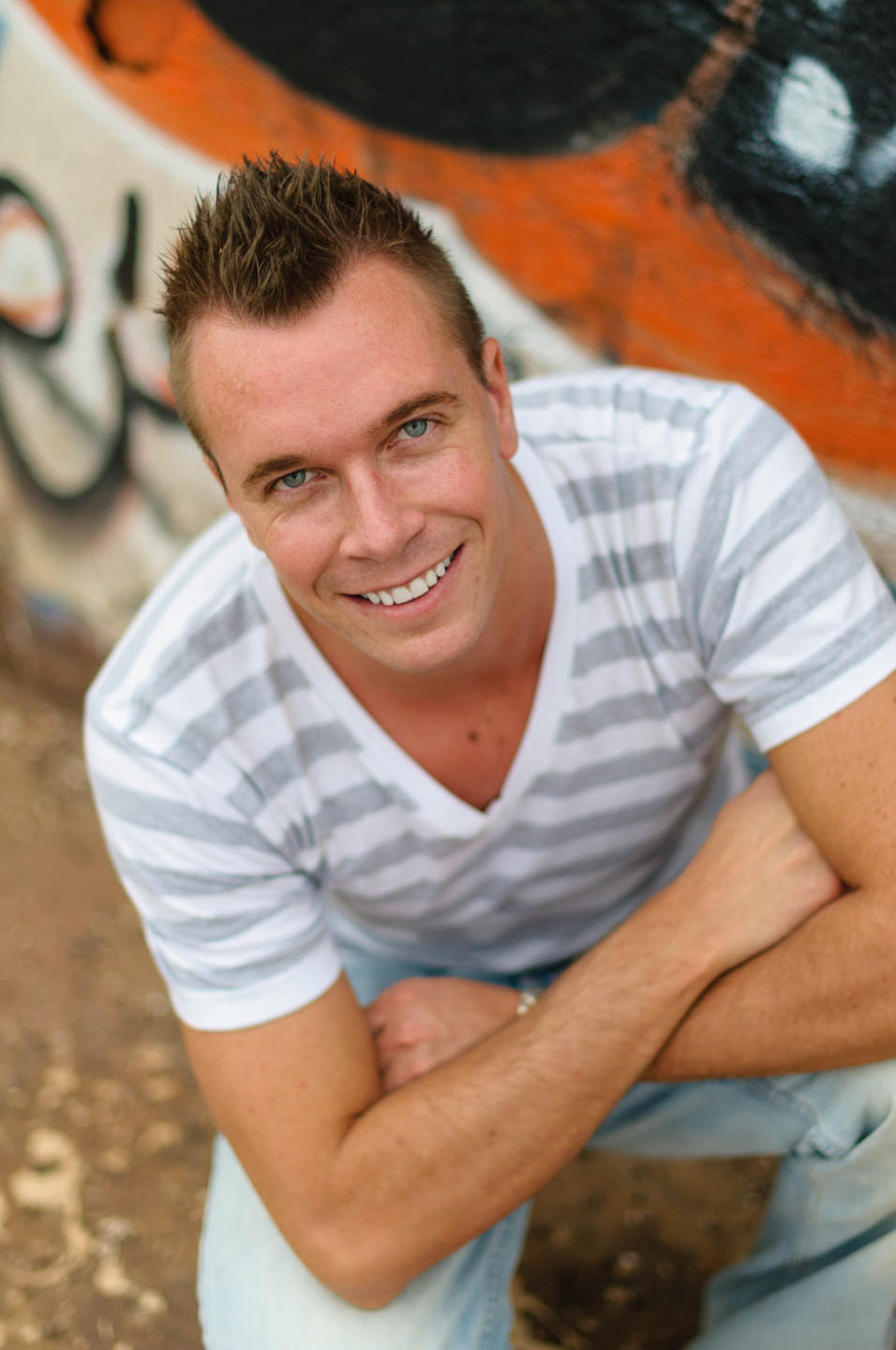 Brian gets his headshot created by me 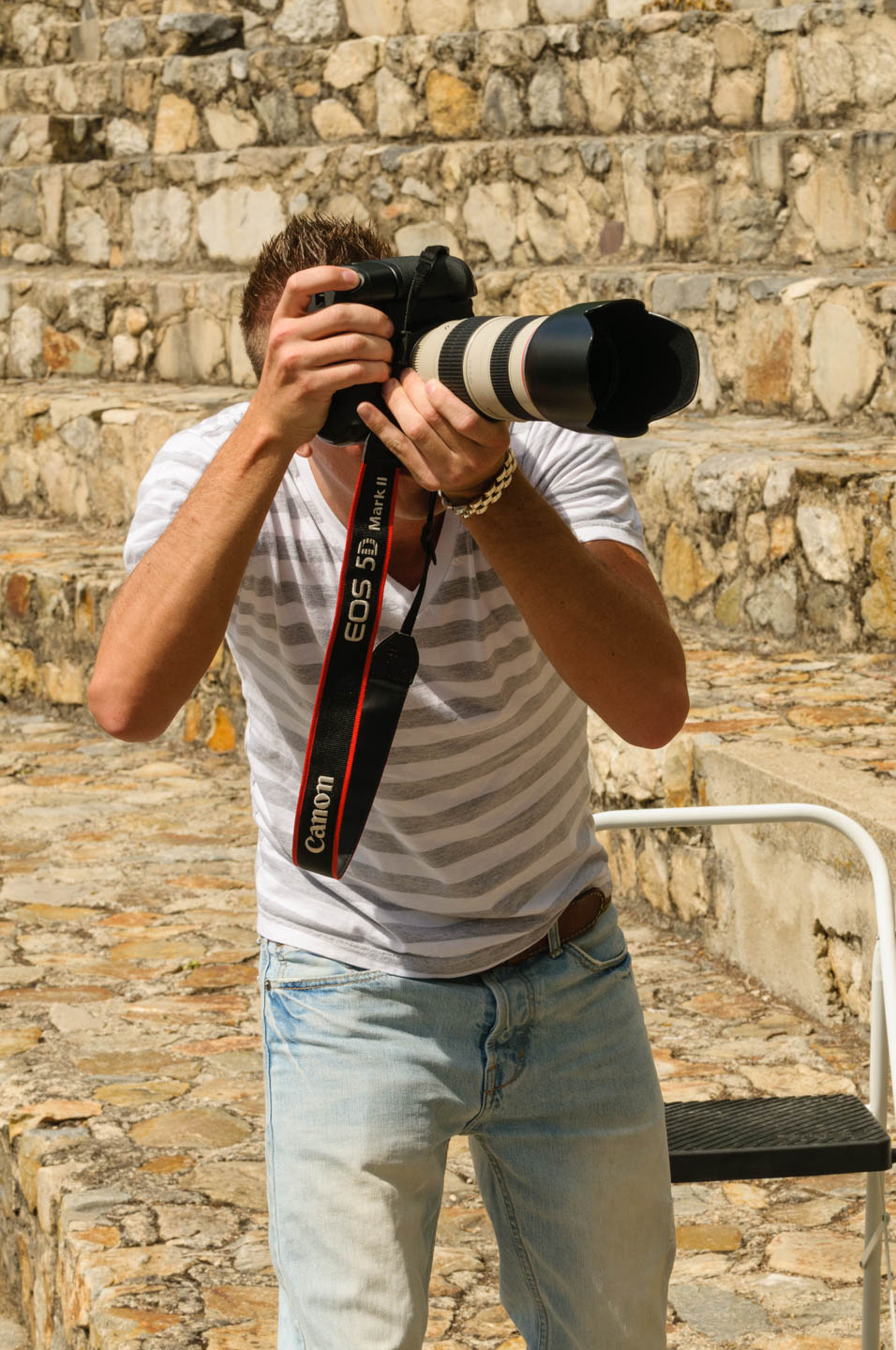 Brian photographs at the Provo Castle

We finally made it to Eureka, Utah and it was getting dark and the rain was starting to fall. We saw a number of empty buildings and shop fronts that would be fun to explore with more time. We did take a few photographs on the caboose which was placed in the center of town. 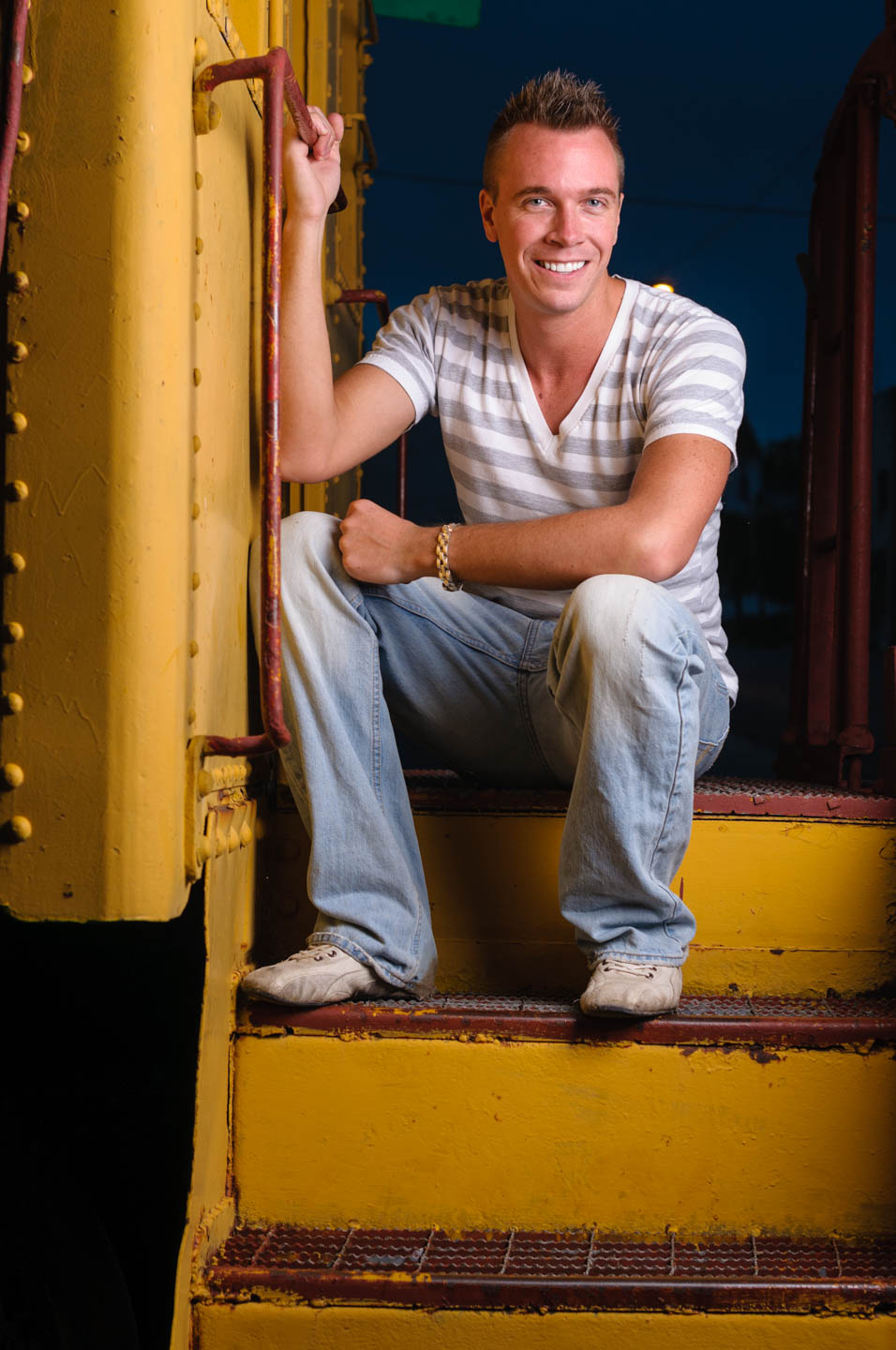 Brian photographed on the caboose in Eureka 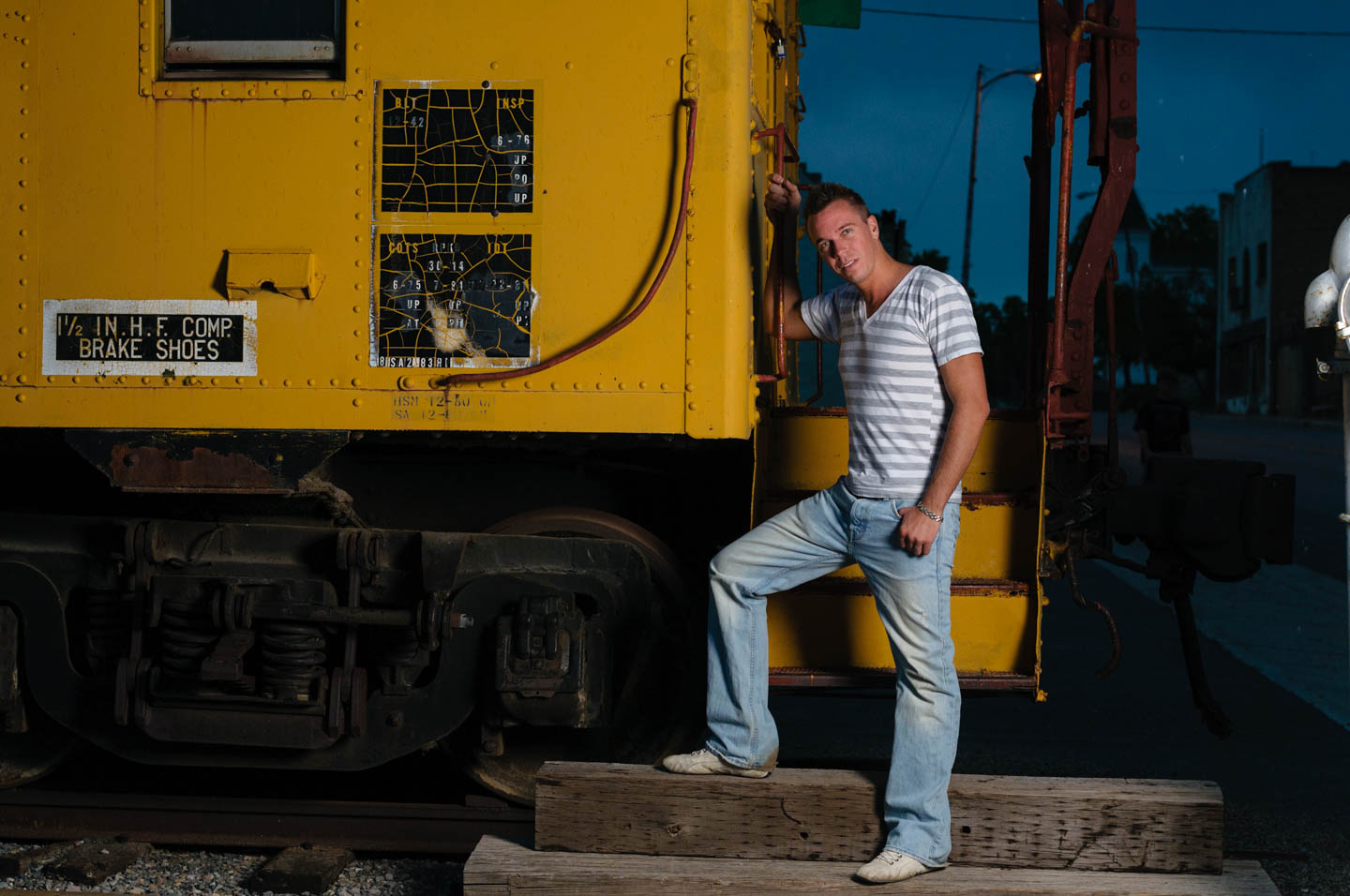 Brian and the abandoned trolley in Eureka, Utah