I’ve had the chance to photograph Karolyn and some of here family a few times over the years. Each year they want a theme or something new and unique. This year I have been working on my Photoshop compositing skills and I thought it might be fun to do the whole shoot with Photoshop… if the family was game. I would supply them the original photographs which were photographed in studio on a grey or white background.

Each person could pick a theme and or location that appealed to them. One person loved New York City, one wanted Paris, another loves to visit Disneyland. One loved to skateboard… 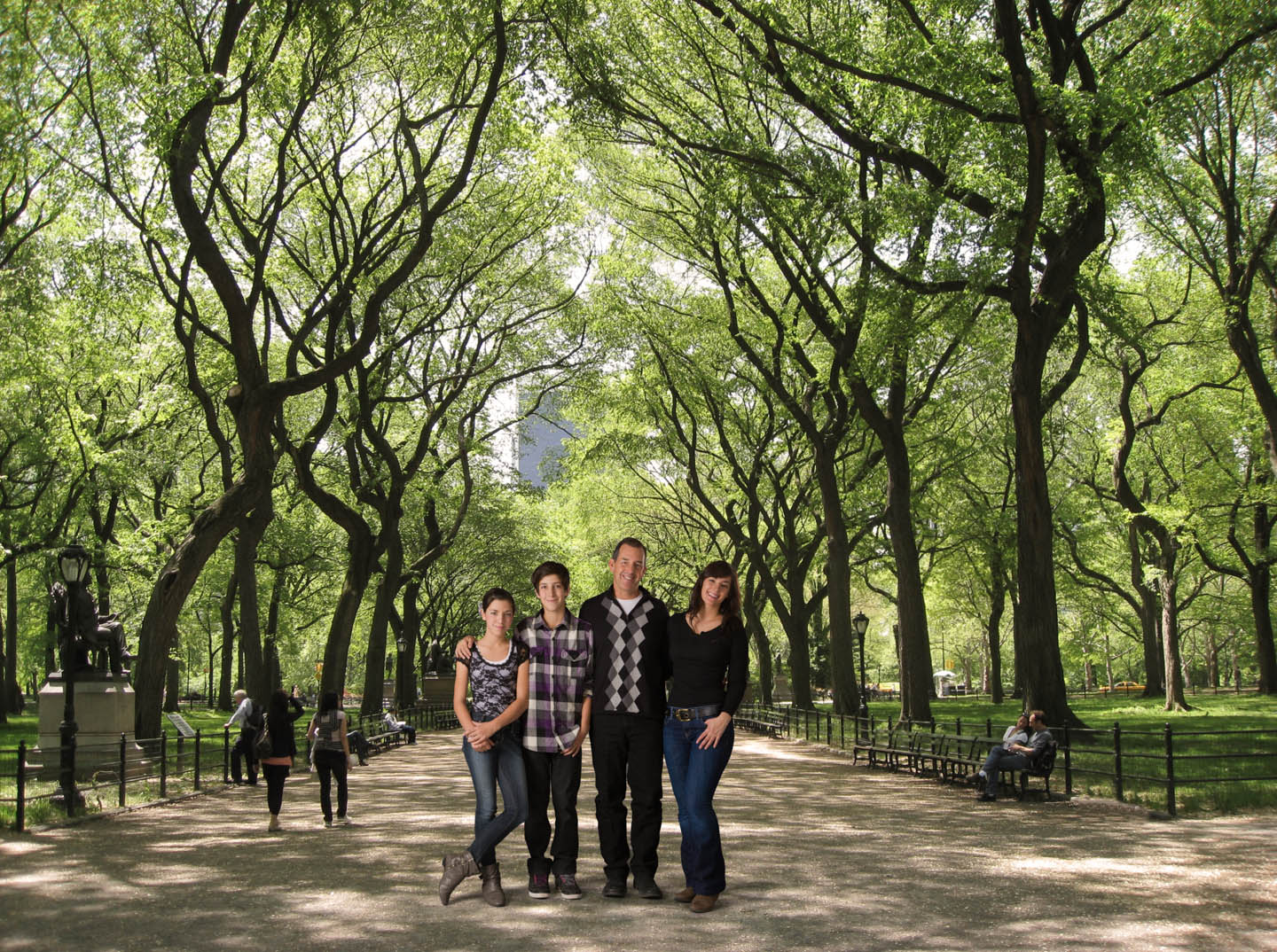 This was a huge undertaking and I don’t think I will try to create this many composites for one project again. And right around this time I had a computer malfunction so I had to use an older backup computer. It is a good thing to have backups. I don’t want to lose my photographs and I don’t want to lose work for clients. Knock on wood that won’t happen but I take many steps to prevent critical failure. Due to the slower computer it did take me a little longer to complete the edits for this photo shoot. 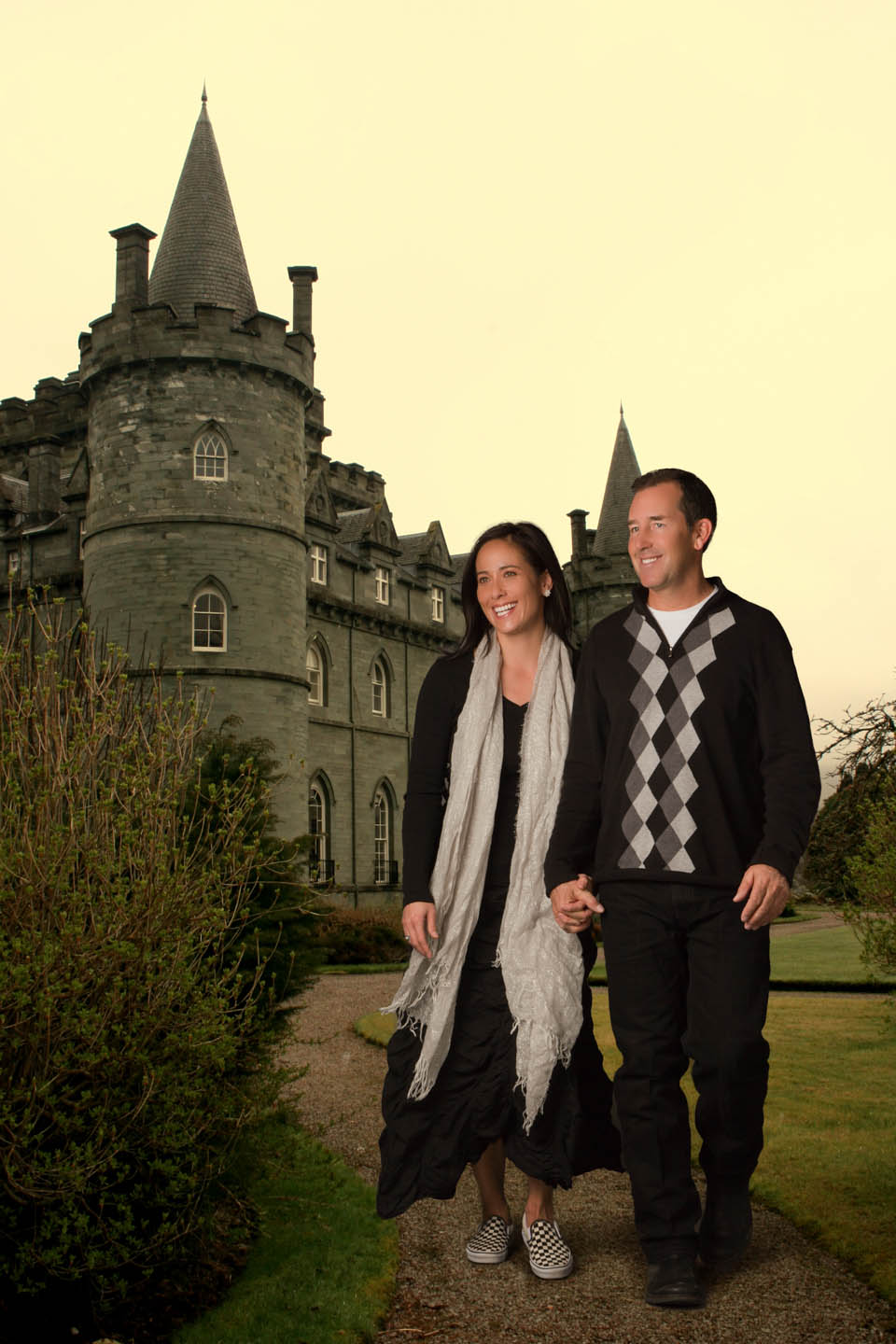 Using photoshop to add a couple to an Ireland Castle

Many of the backgrounds are from stock photography websites. A few of them are backgrounds I photographed myself. Given more time and budget I could make a lot of these near perfect, however, these were going to be printed no larger than 5×7″ print for an album or to be stuck on the wall. So extreme detail wasn’t needed. In all I created 22 photoshop composites. In one case I did swap the sky for the Salt Flats photograph. It started with a plain blue sky with white clouds and I changed it to a fiery sunset. 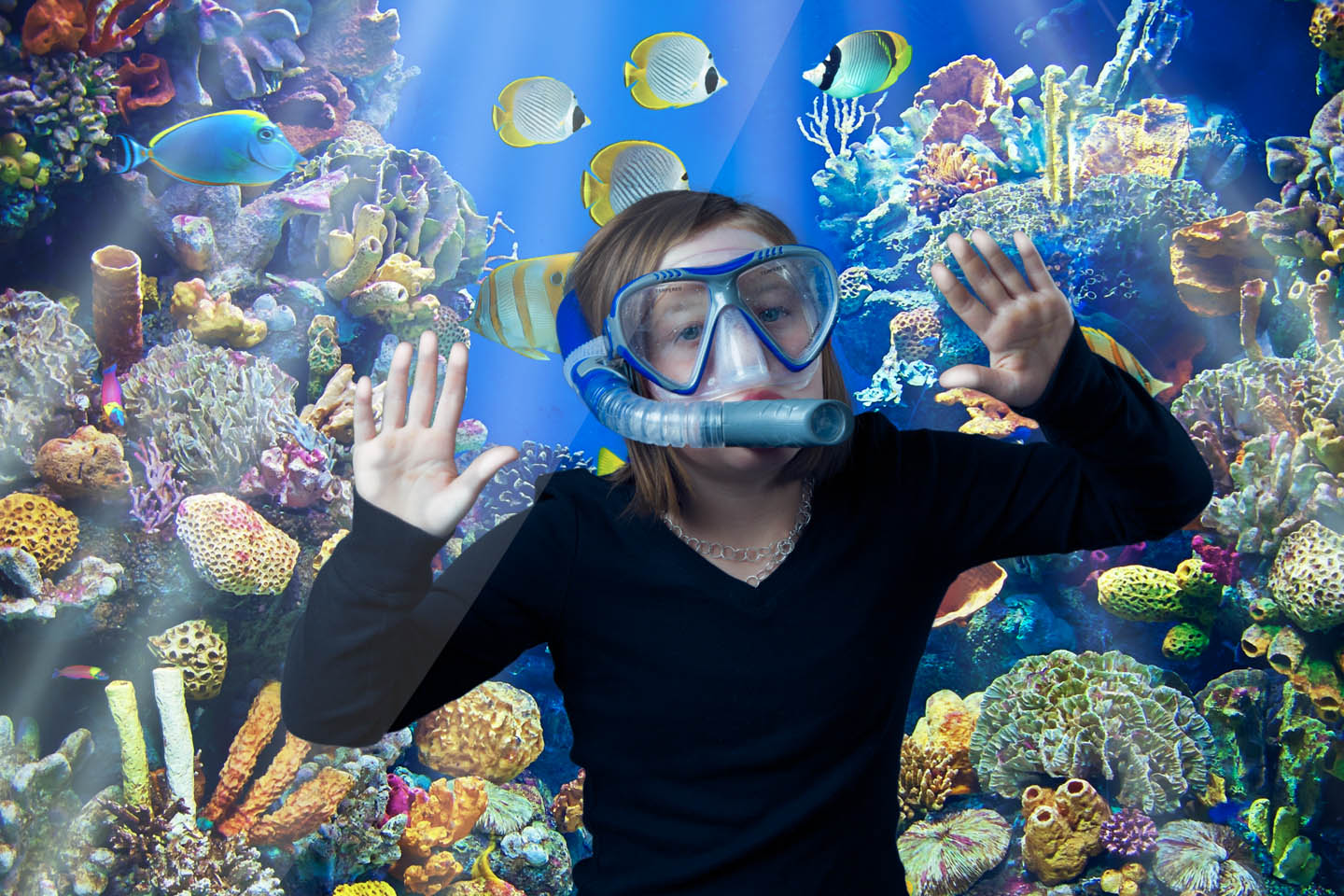 Photoshopped into an aquarium

Adding more people to a Photoshop creation does require a bit more work. I have more legs, hands, arms, and hair to separate from the background and then added to a new background. Then I get to paint the shadows. At the moment I think I need more practice in shadow painting. I have full control so I can put things in and leave things out. The balancing act is to know if a viewer will wonder if the photograph “feels” wrong because I didn’t create the right amount of shadow, color, detail, or something else. 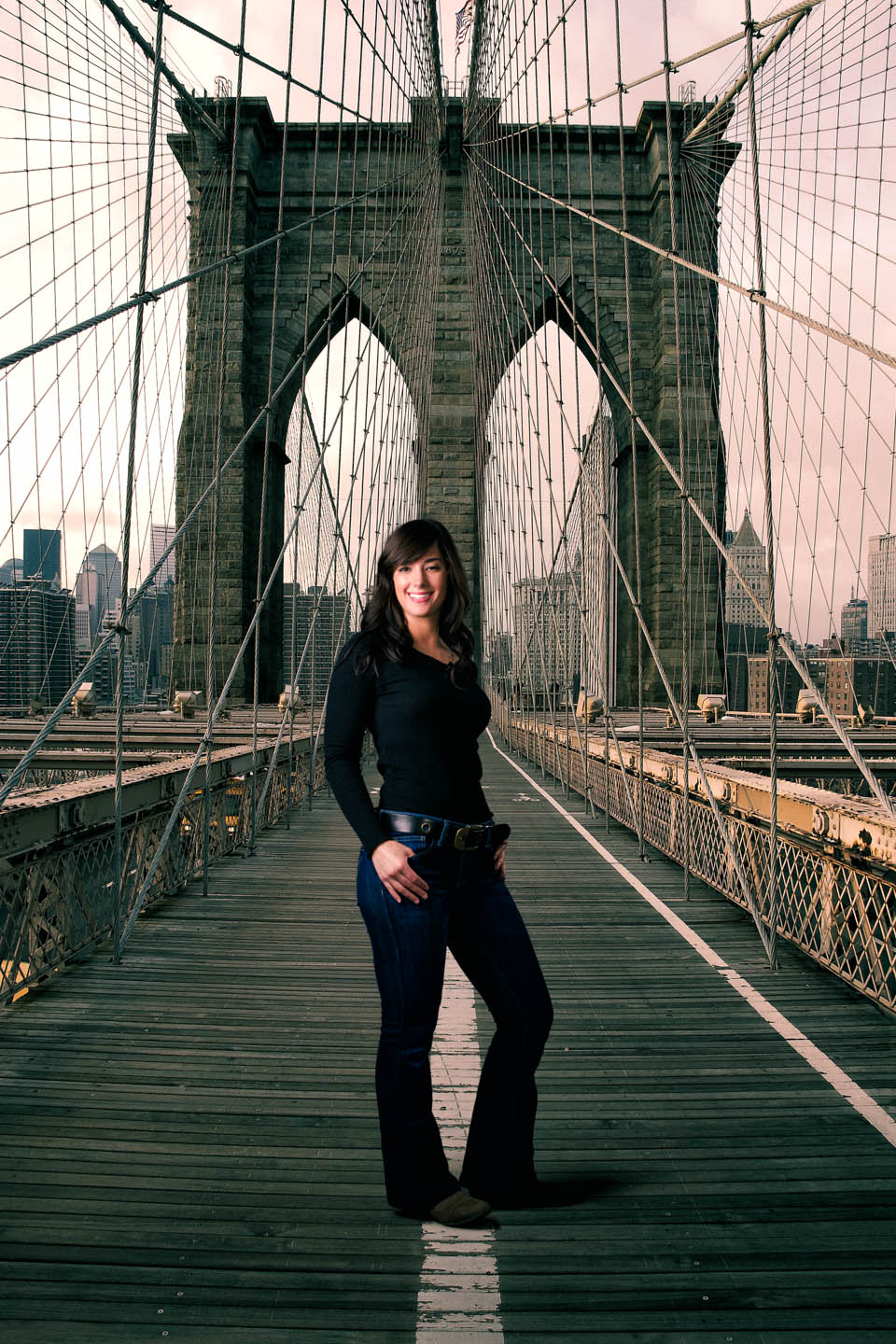 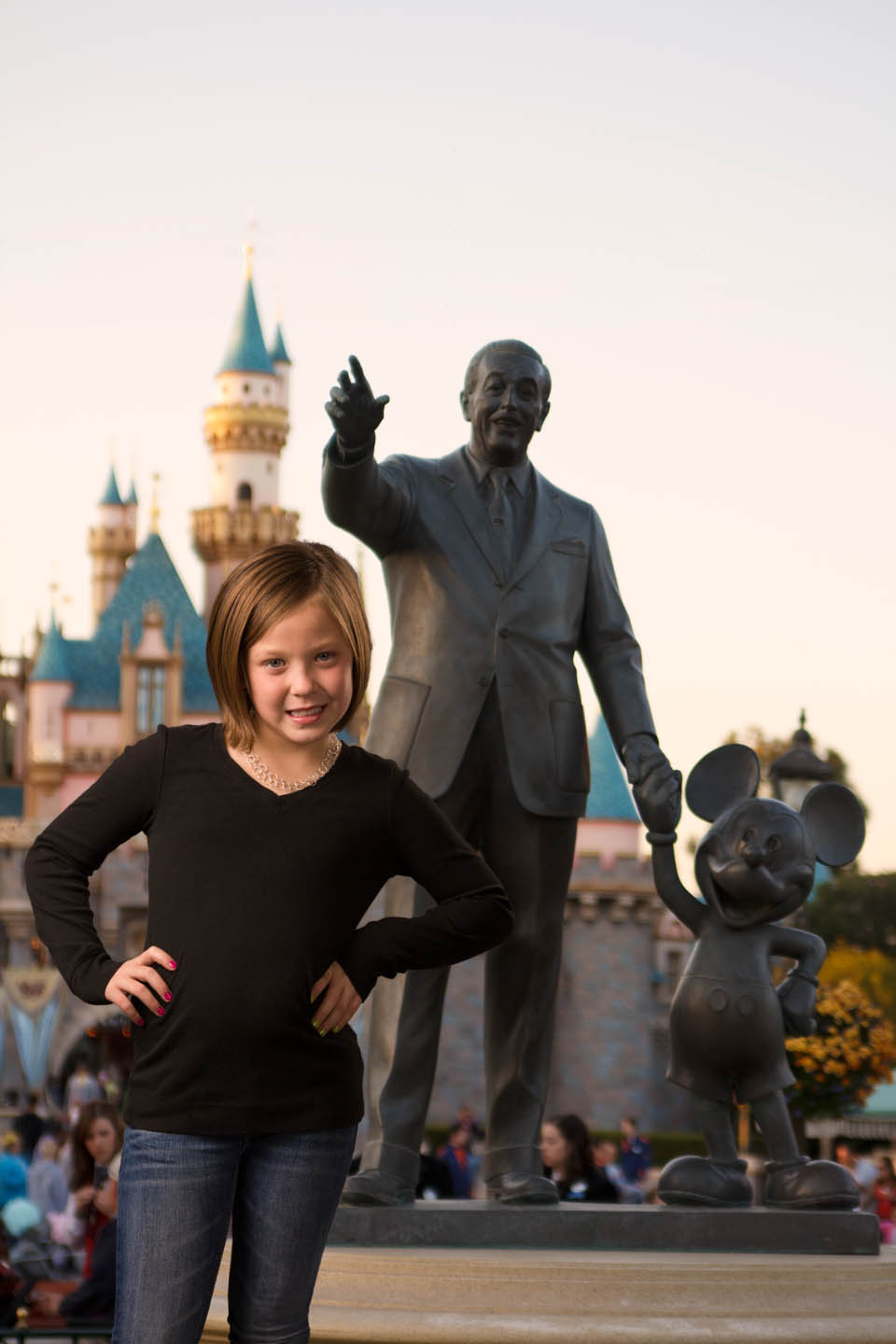 The family brought some props for skateboarding, luggage, and even a snorkel. We would have them walk in the studio to get some natural motion for the camera. 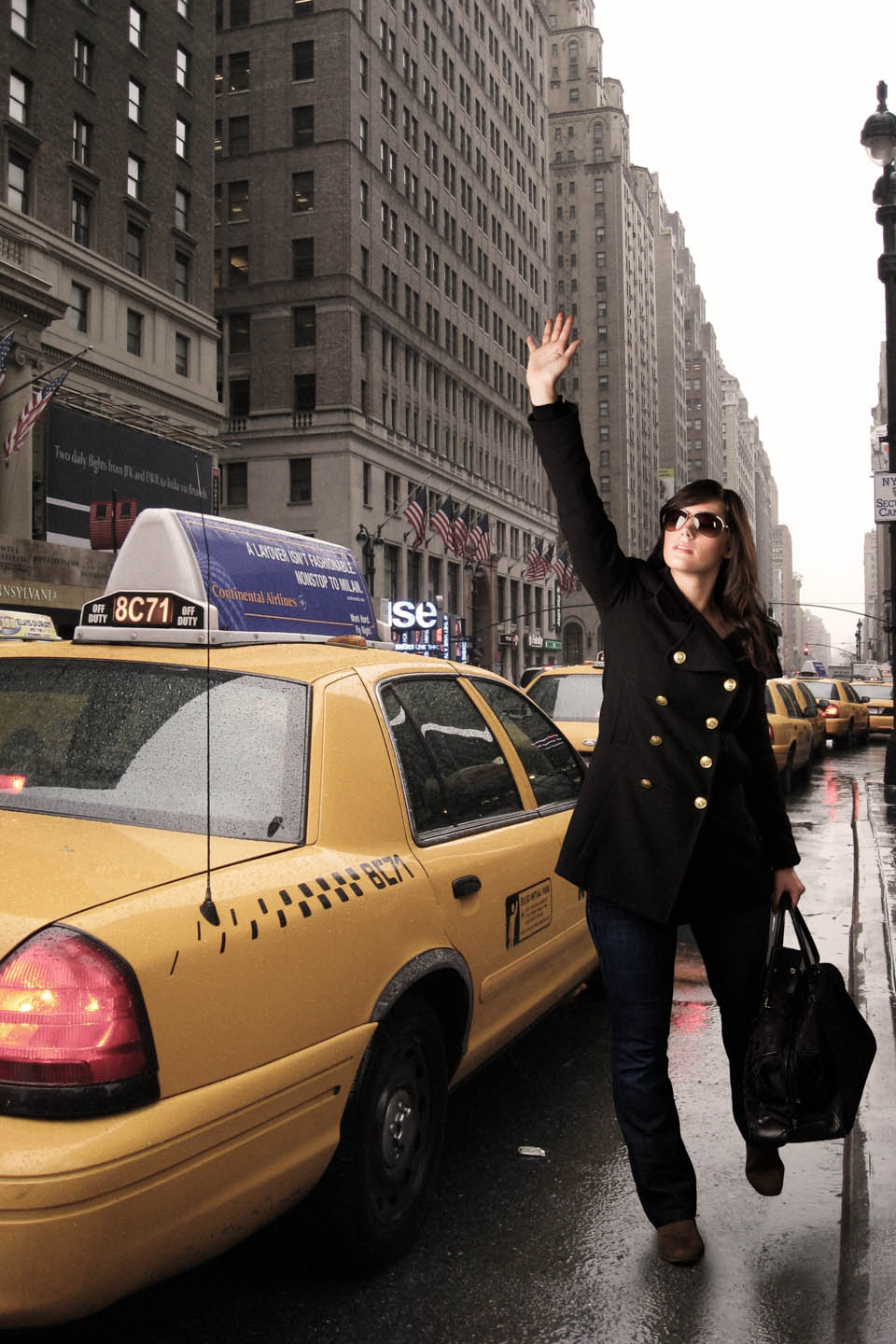 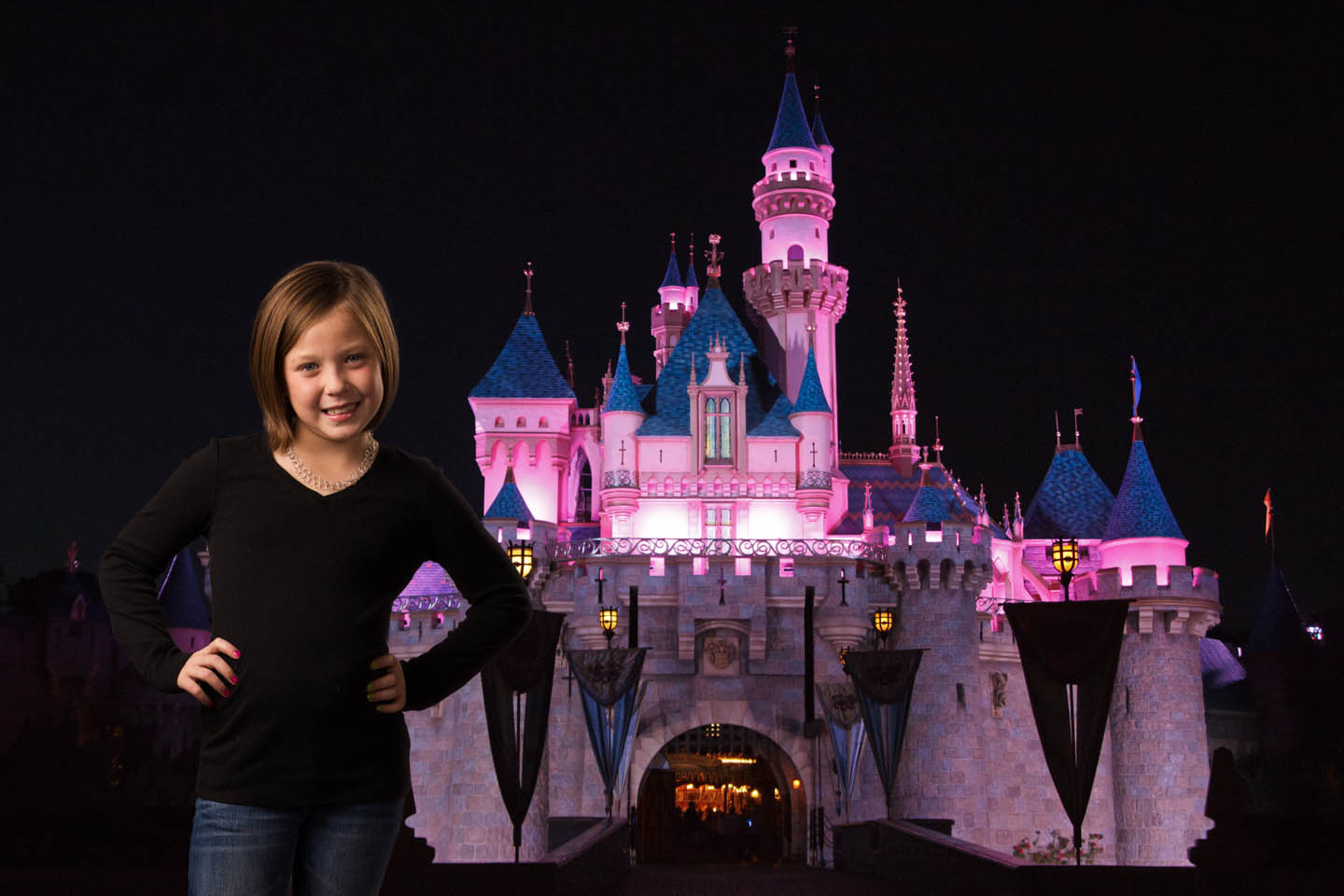 Update: here are some links to more recent Photoshop Composites: 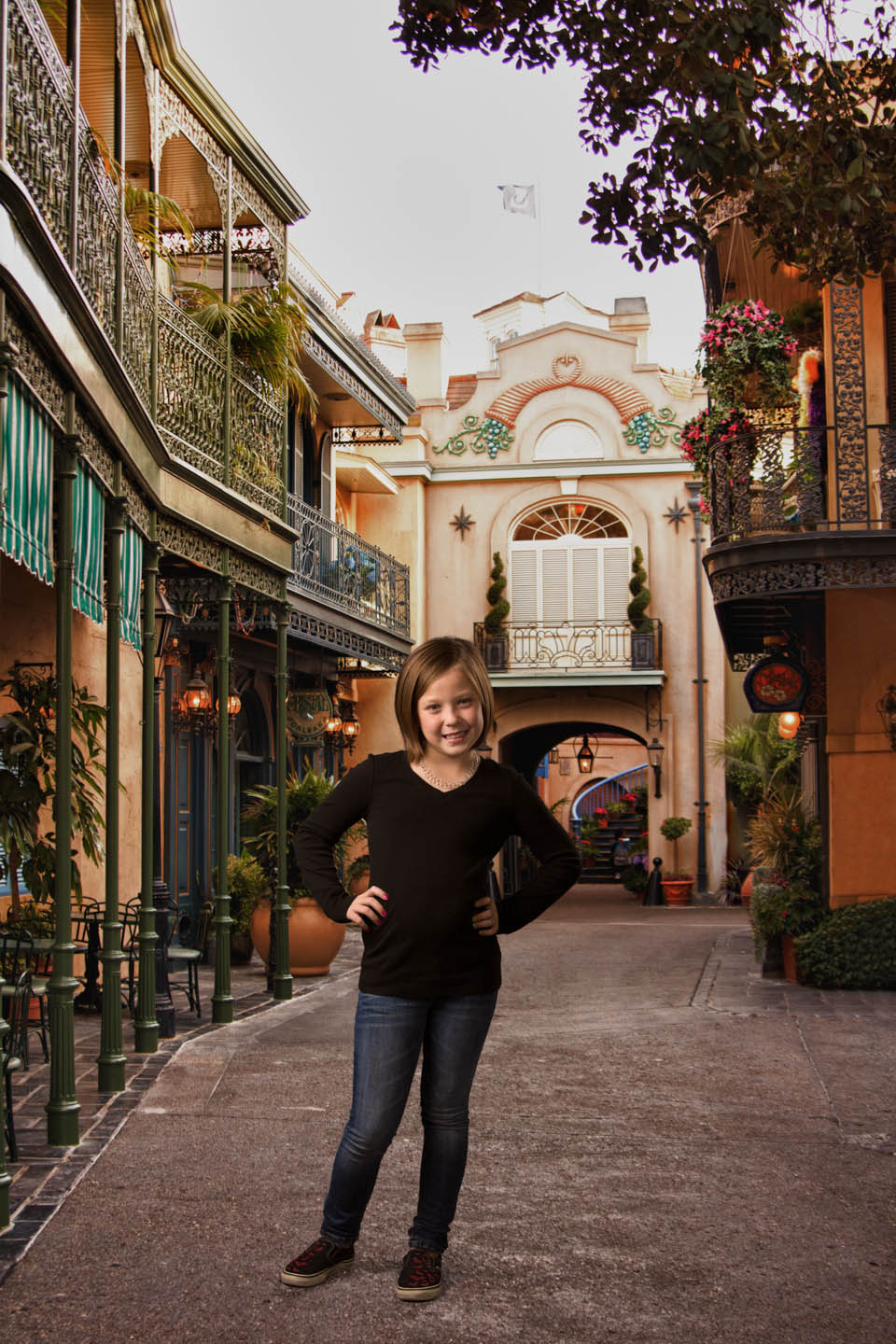 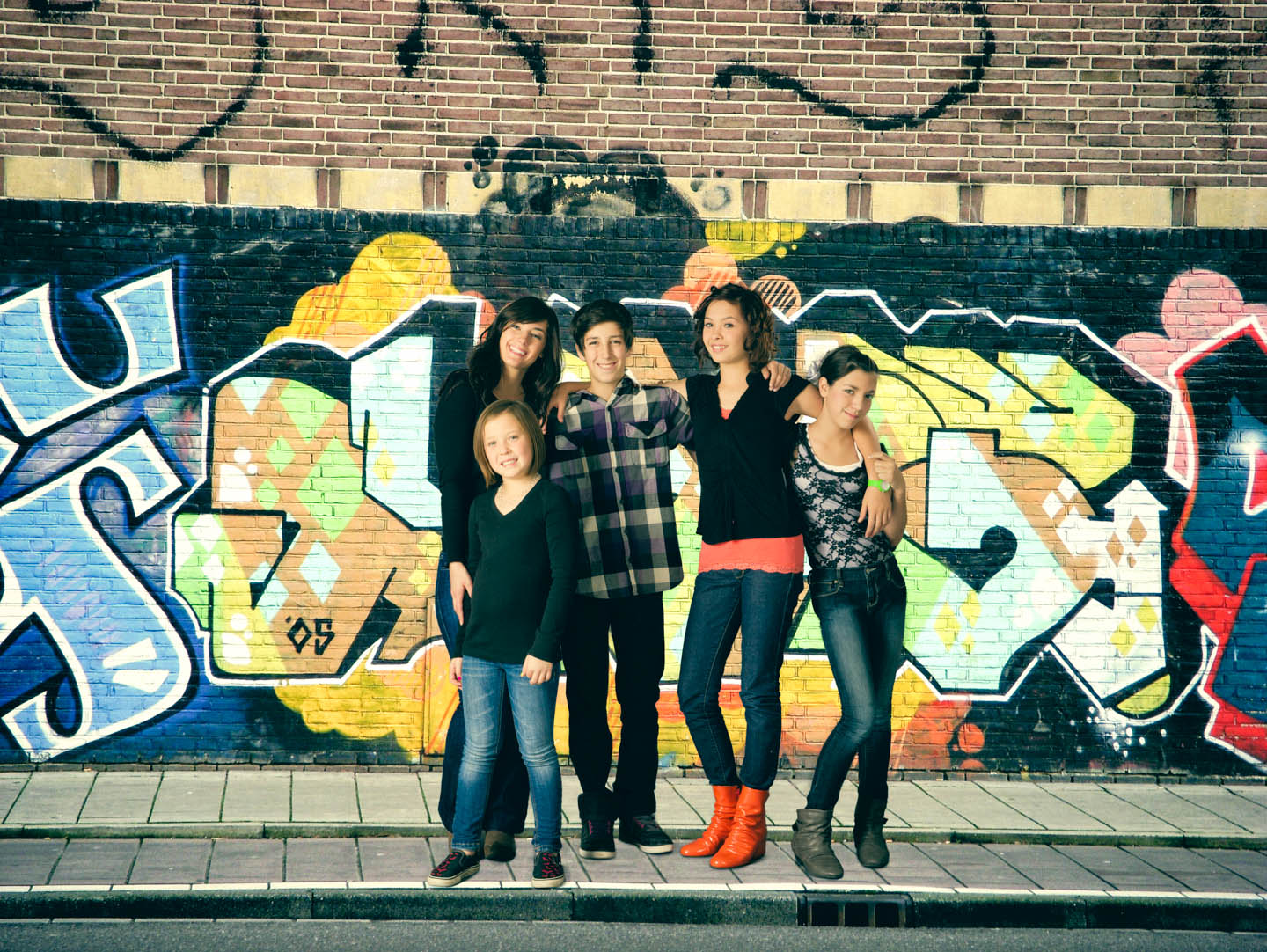 Photoshopped the kids into a street with graffiti 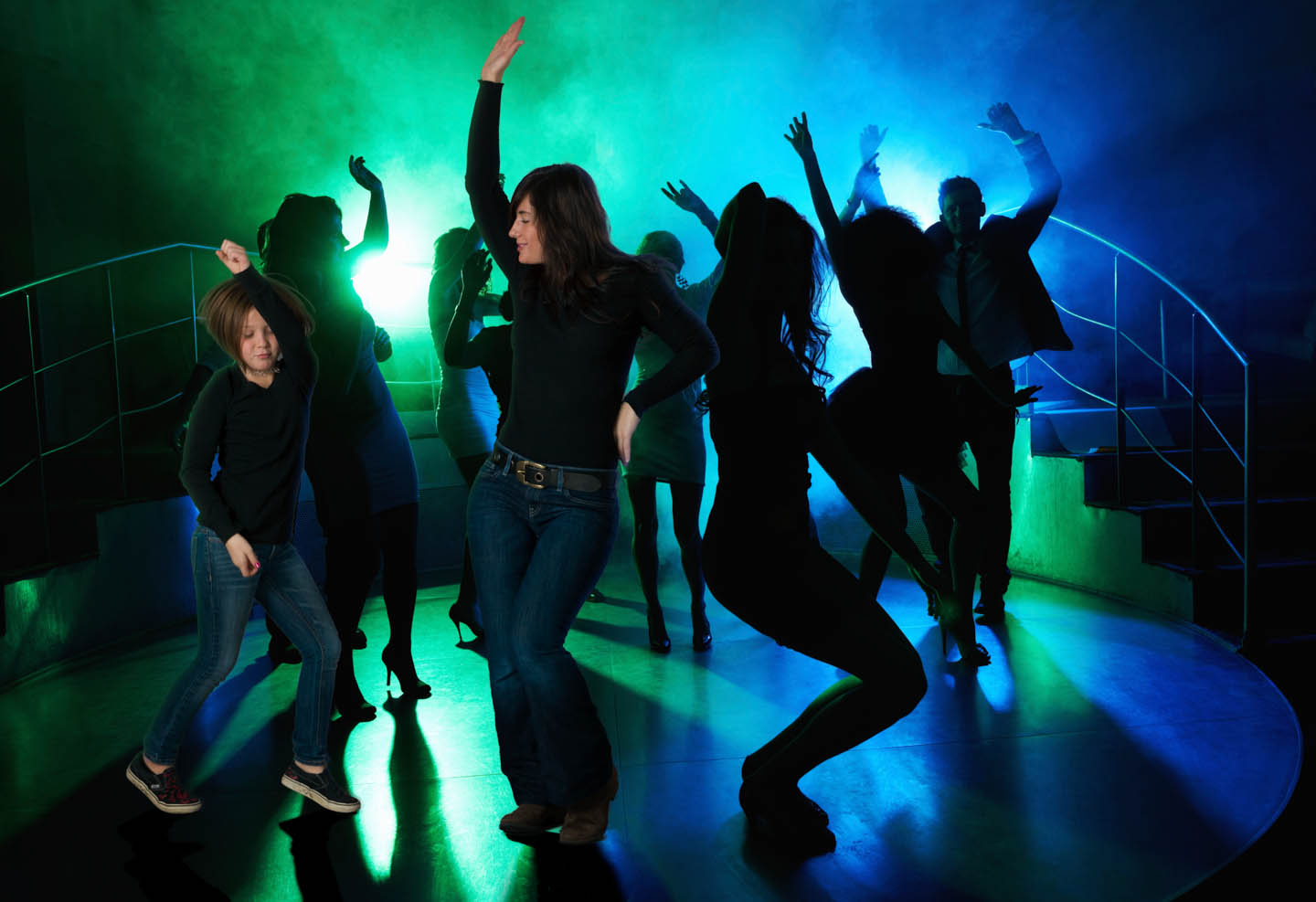 Photoshopped into a dance club 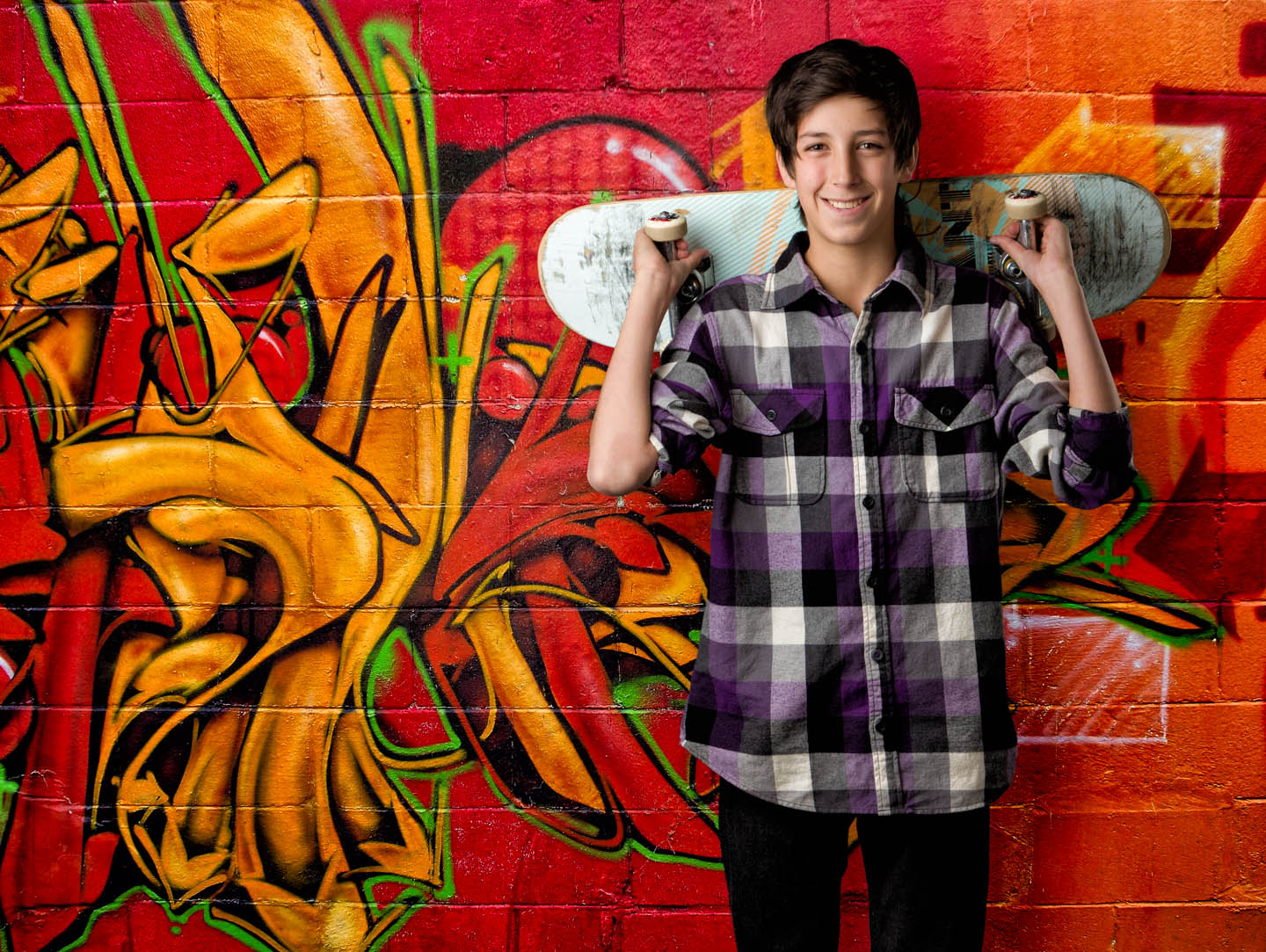 Photoshopped a skateboarder in front of a graffiti wall 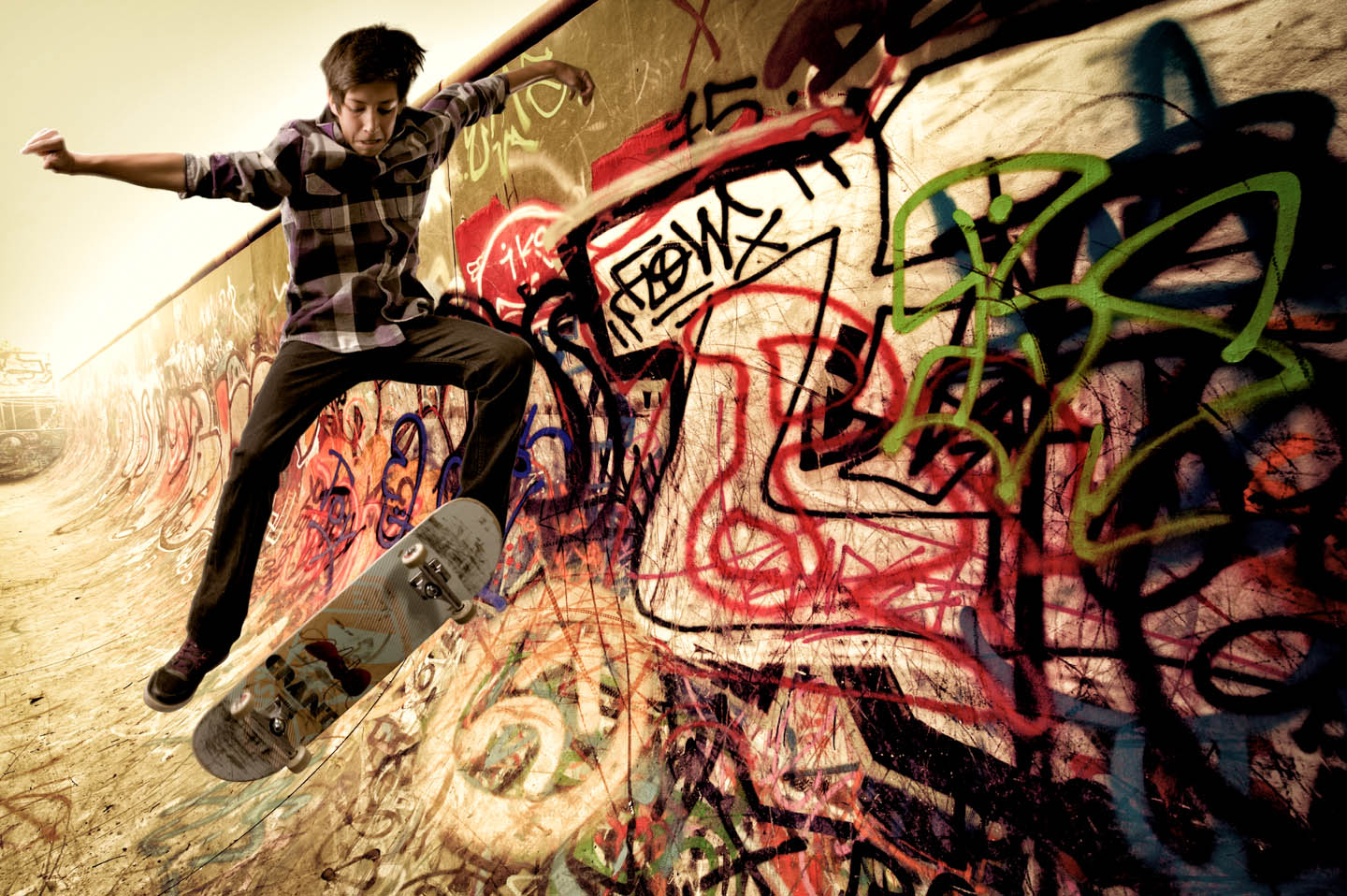 Skateboarder photoshopped into a graffiti laced half pipe 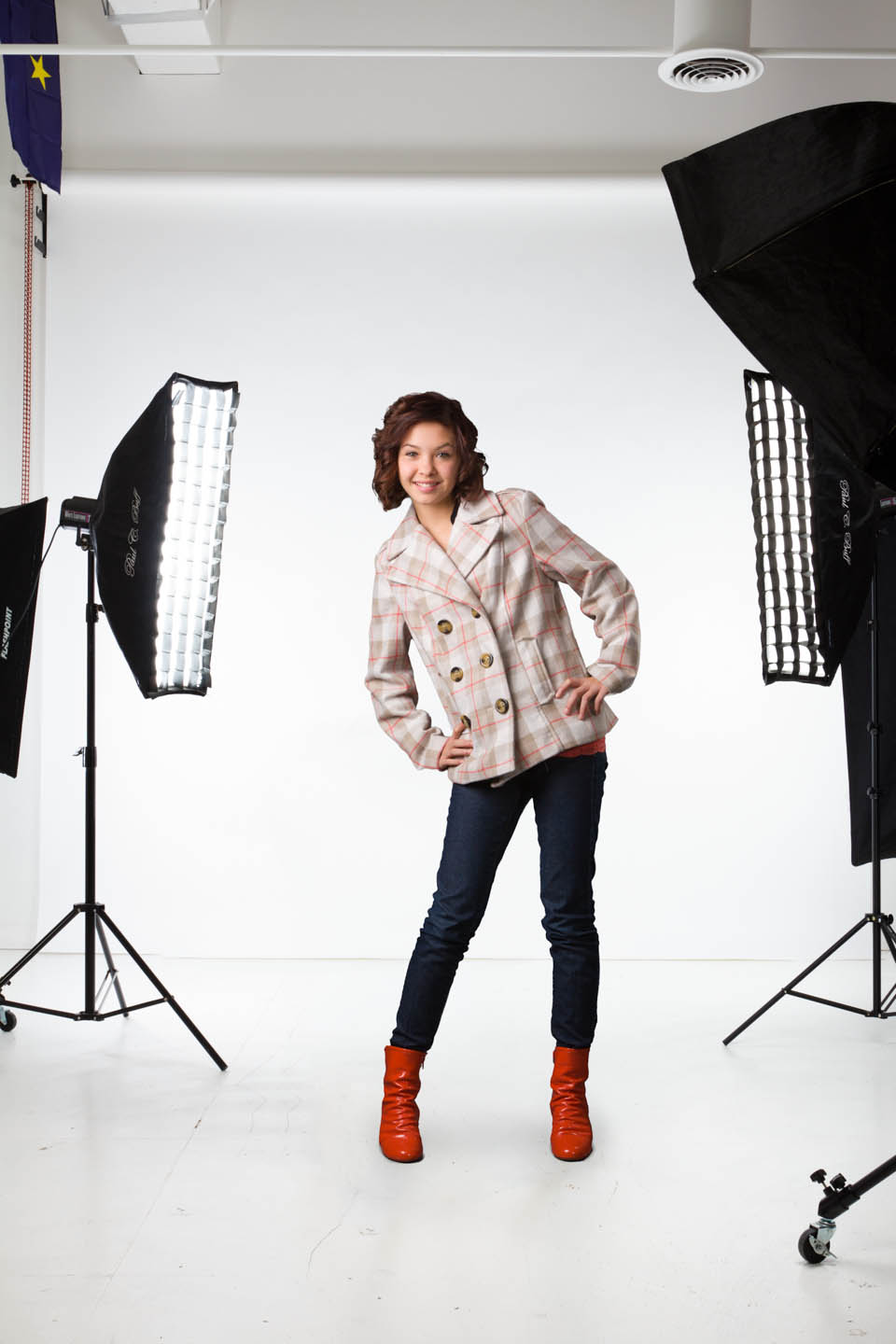 She was photographed in studio and then photoshopped into another studio 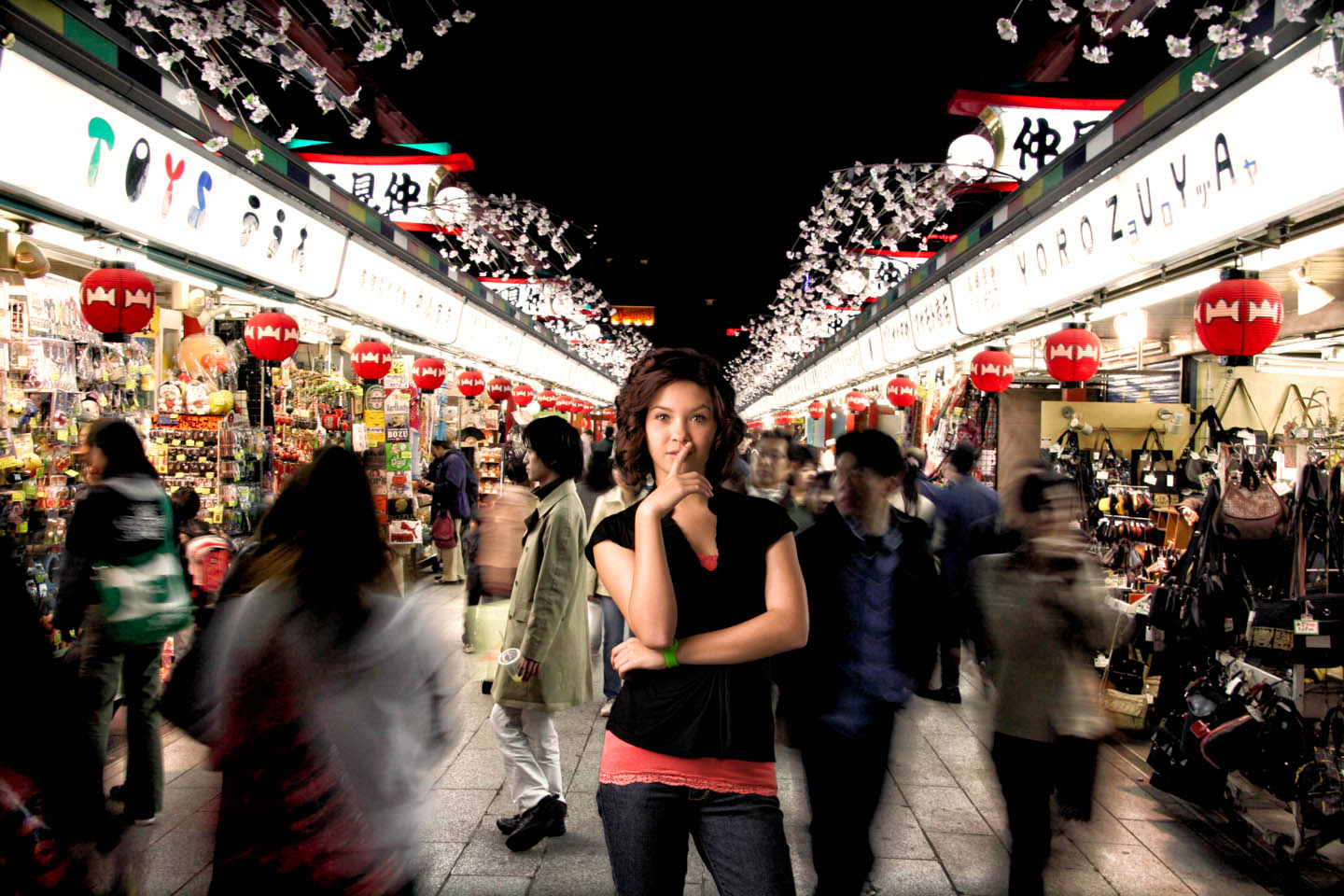 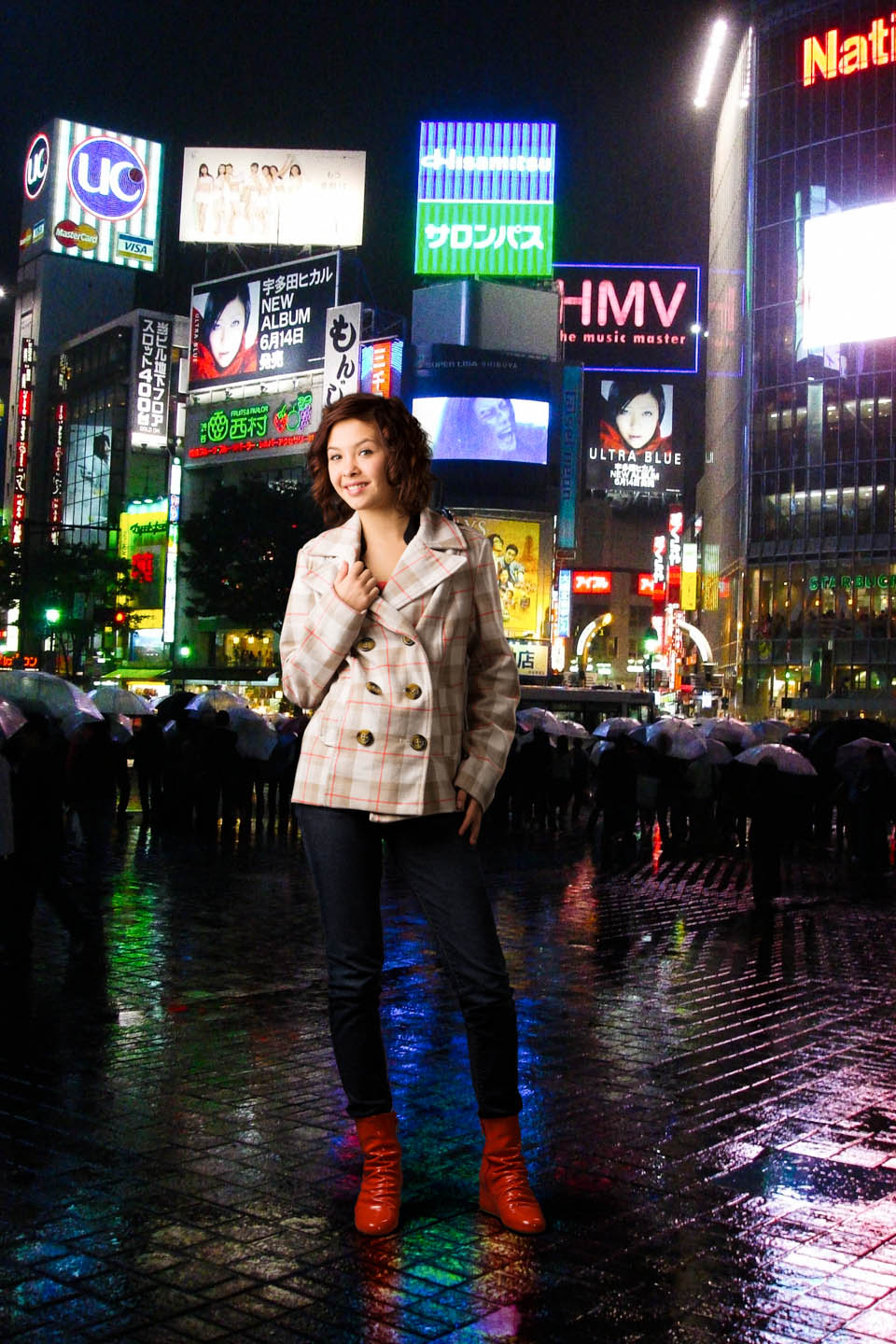 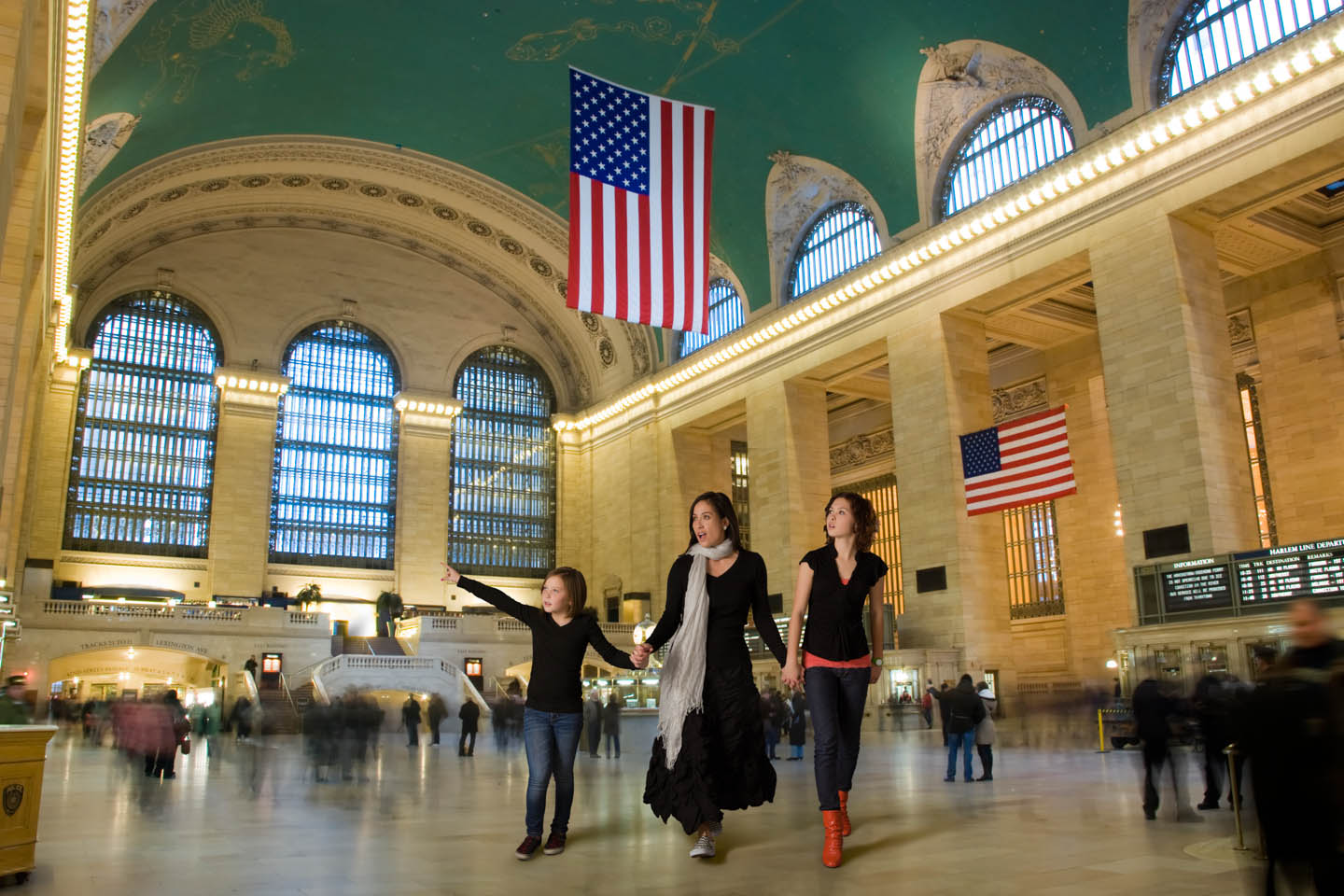 Photoshopped them into Grand Central Station 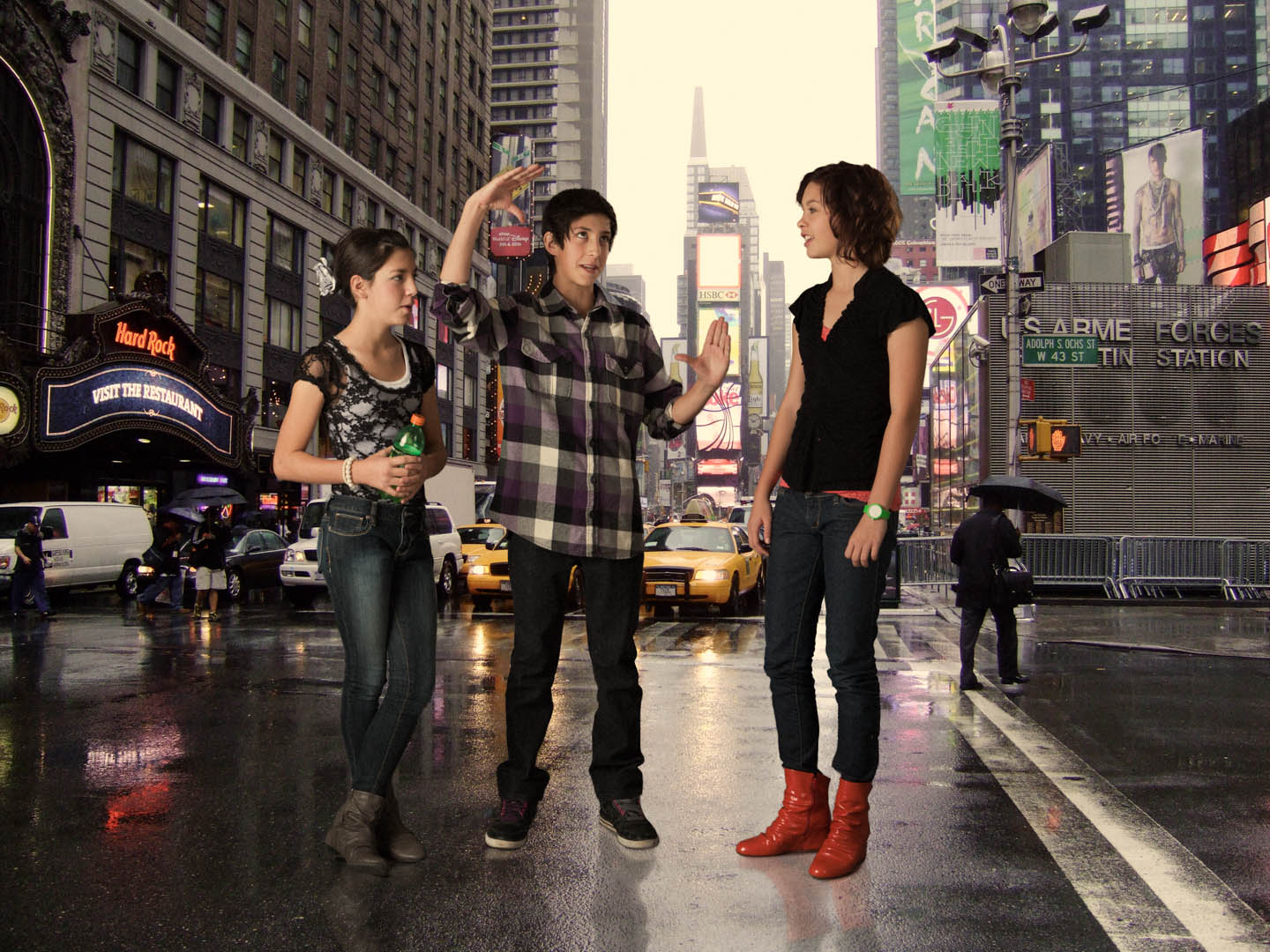 Hanging in the streets of New York 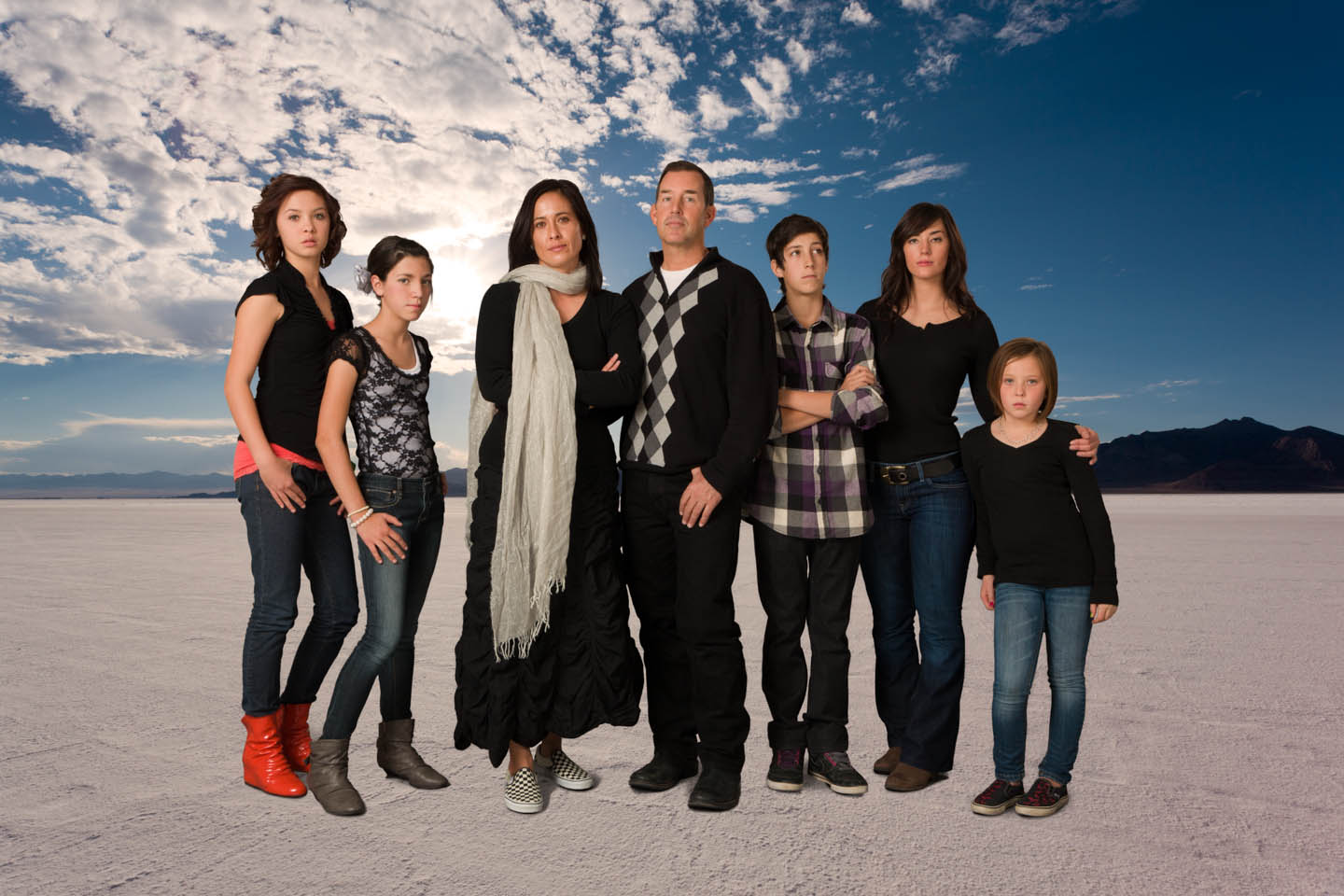 Photoshopped onto the salt flats 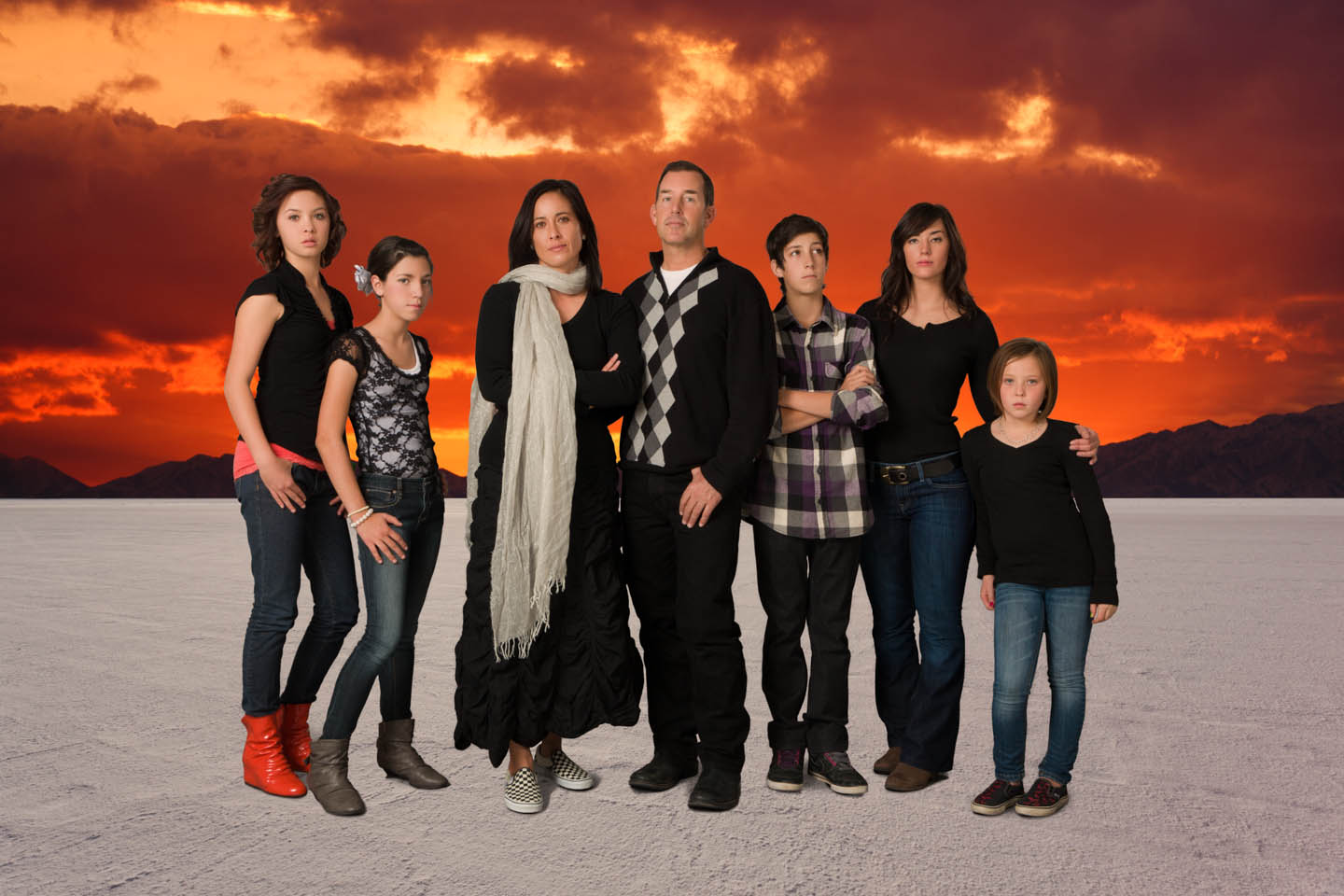 Family on the Salt Flats with a dramatic sky 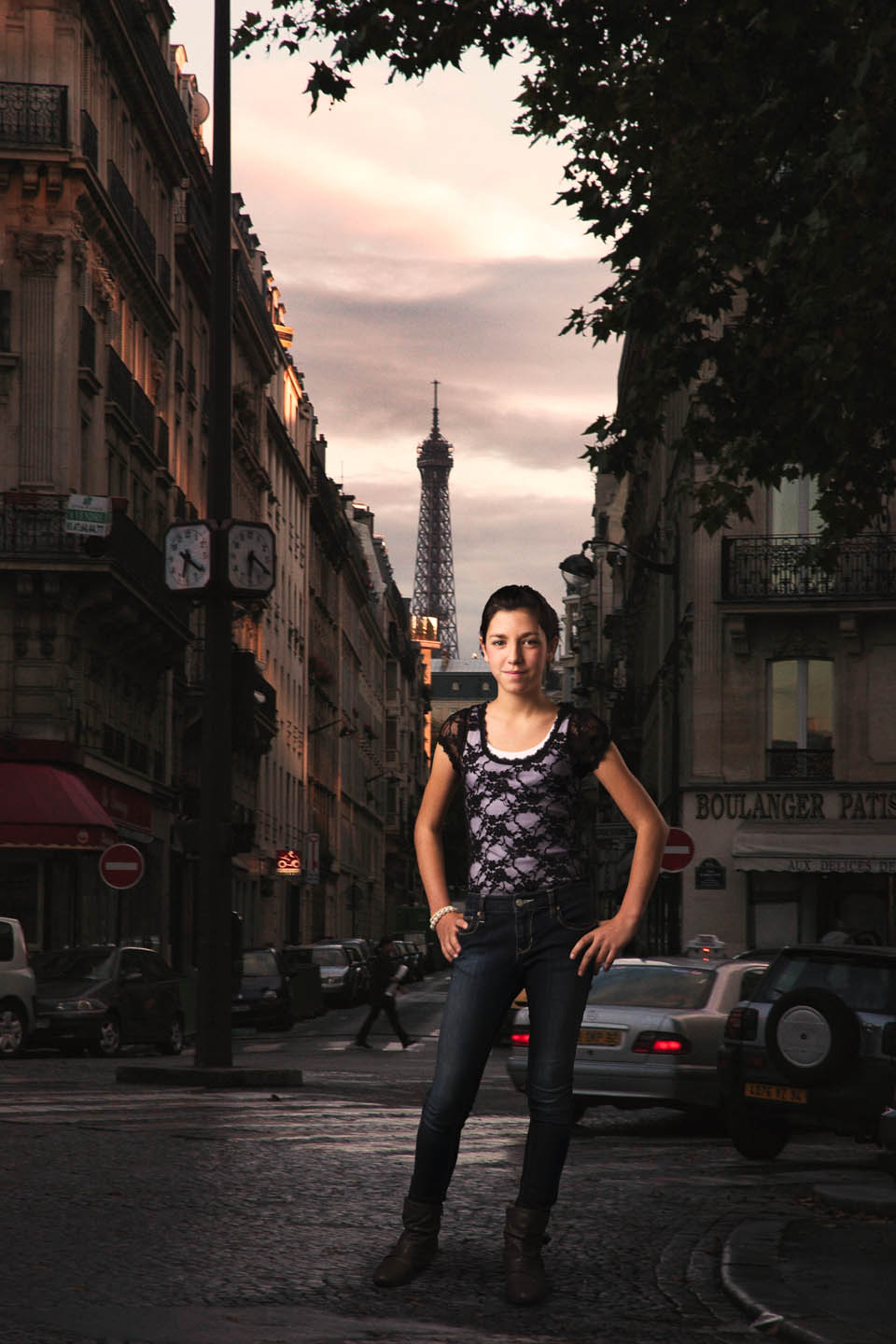 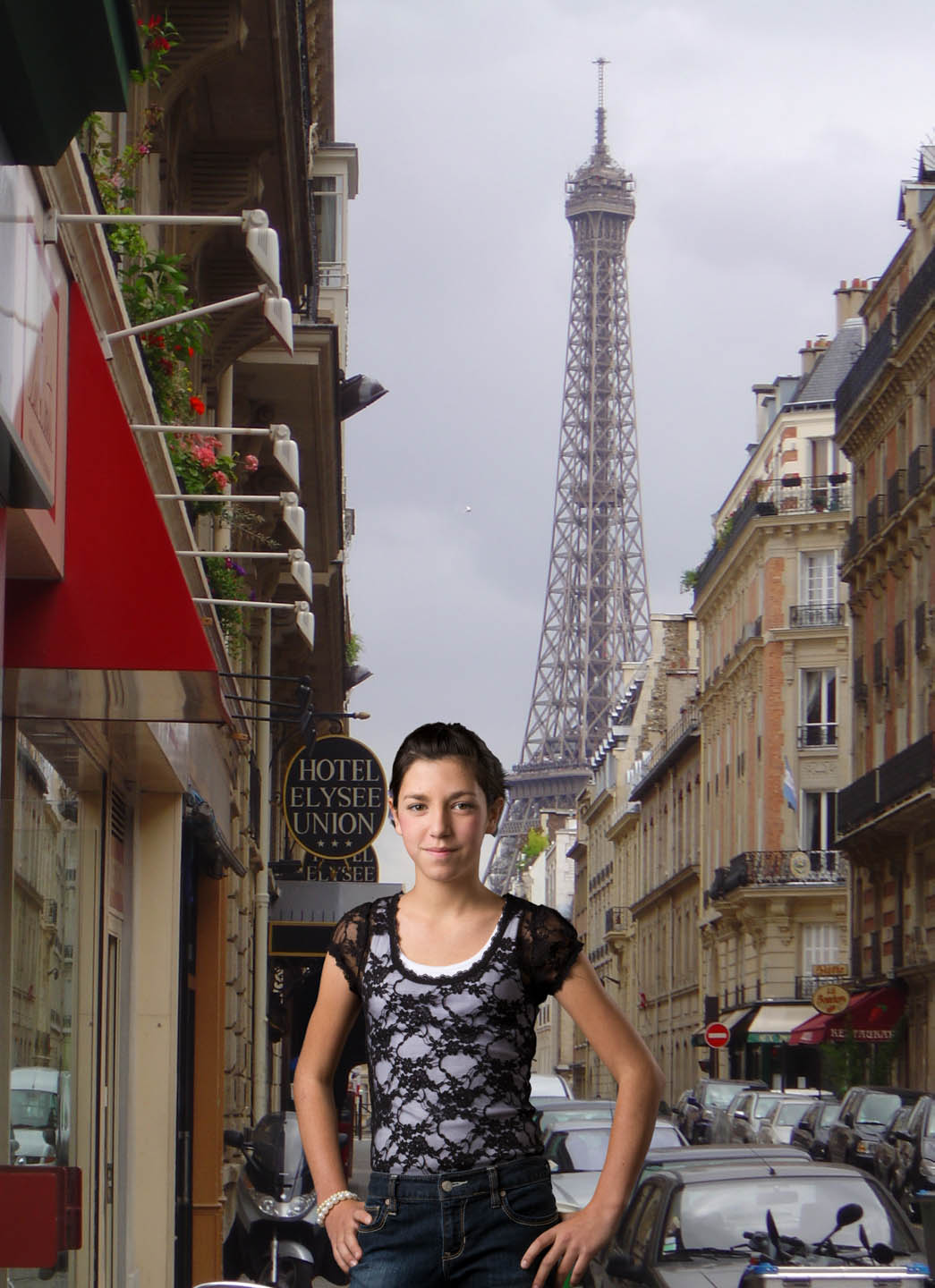 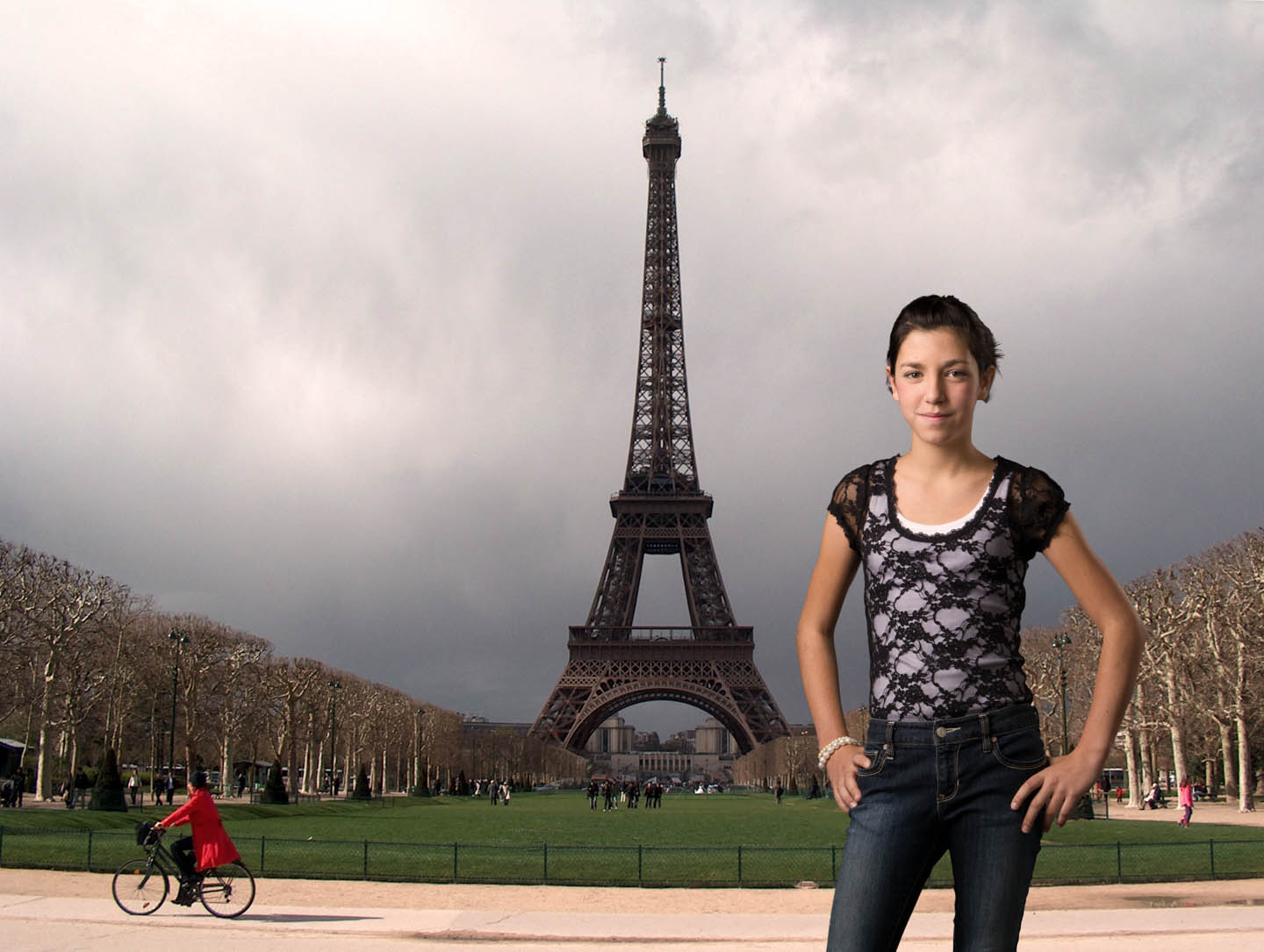 Chuck and the Folk at CLD3 Counseling