I am so much closer to finishing my Photoshop Composite Project. I have created about 276 composites so far and I will be creating at least 300. It is important to have some skill or technique that is unique or different. Most photographers wouldn’t be able to create something like this.

The first photograph is of Julio who modeled for me about 3 years ago and the background is actually from 2 different photographs. The dock or pier is one photograph and the skyline of San Francisco and the water is from another photograph. I combined all three in Photoshop and it looks pretty good to me. This photograph took me about an hour to create. 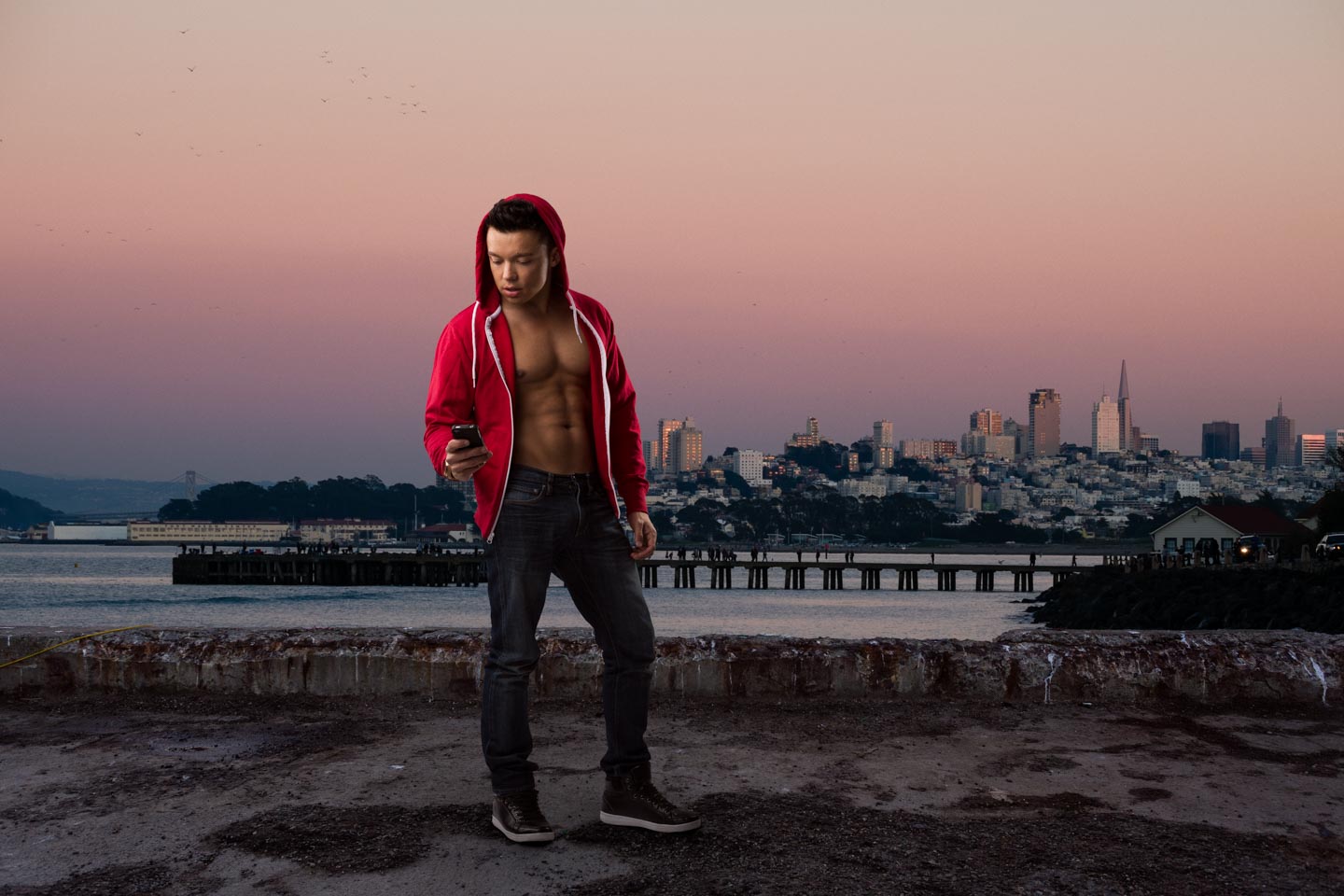 Julio added to a dock near San Francisco

The next photograph is created from 5 different photographs. There is the photograph of Julio, there is the walkway from a mall in Salt Lake City. The buildings outside the mall are from New York, then there is a road at the end of the walkway, and finally I replaced the sky with a cloudy sky. I wanted to create a much more complex environment and see if I can make it all work together. 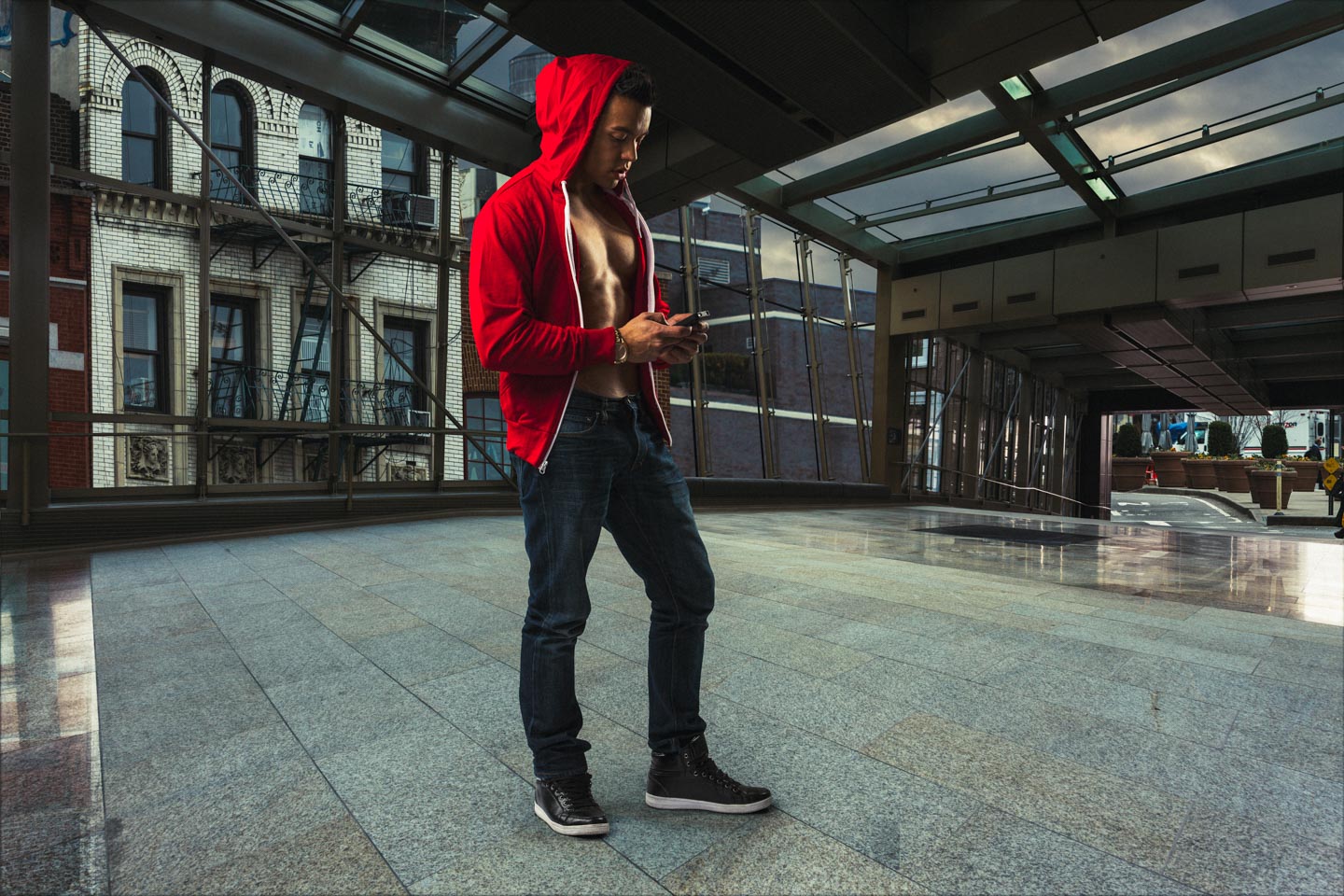 Julio texting in a Photoshop Composite

This is a photograph of me combined with golden sunset photograph of downtown Salt Lake City. I was photographed in studio by my friend Pamela and the background was photographed by me and I threw the background out of focus with my camera. I could fake it in Photoshop but I think it is more real if I did it in camera. To make the model blend with the photograph I blurred the edges of the person selectively. I think it works. Unfortunately, it is hard to get good feedback on my composites. Many people aren’t interested in compositing or Photoshop or they are too polite to say anything critical. 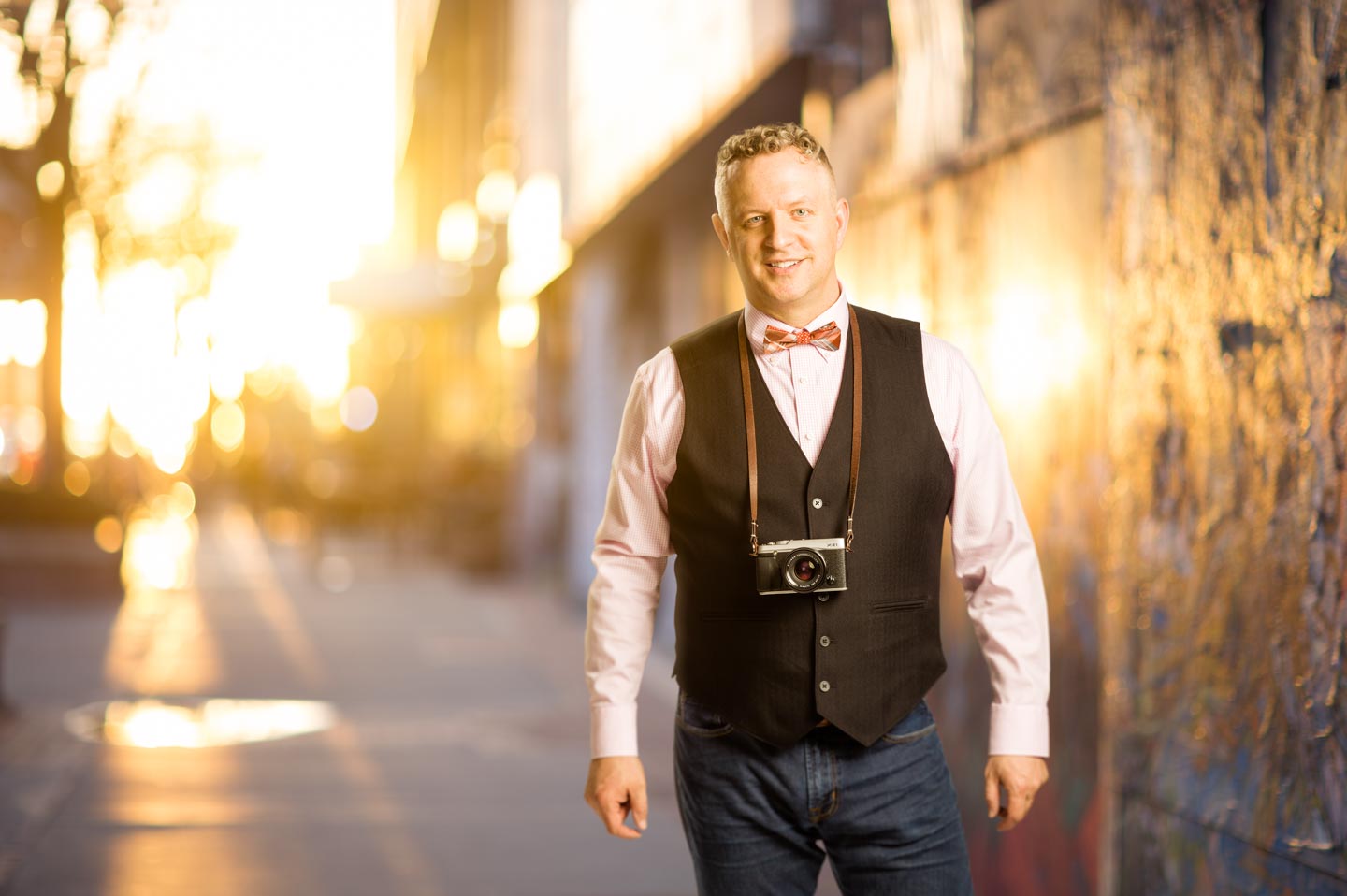 dav.d and the golden hour portrait

The last photograph is a model from a compositing class and the background is actually Durham, North Carolina. Because of her semi-steampunk outfit and the USSR logo on the hat I entitled this as Eastern European Security. I wanted to make it seem like she was photographed in some eastern European city. 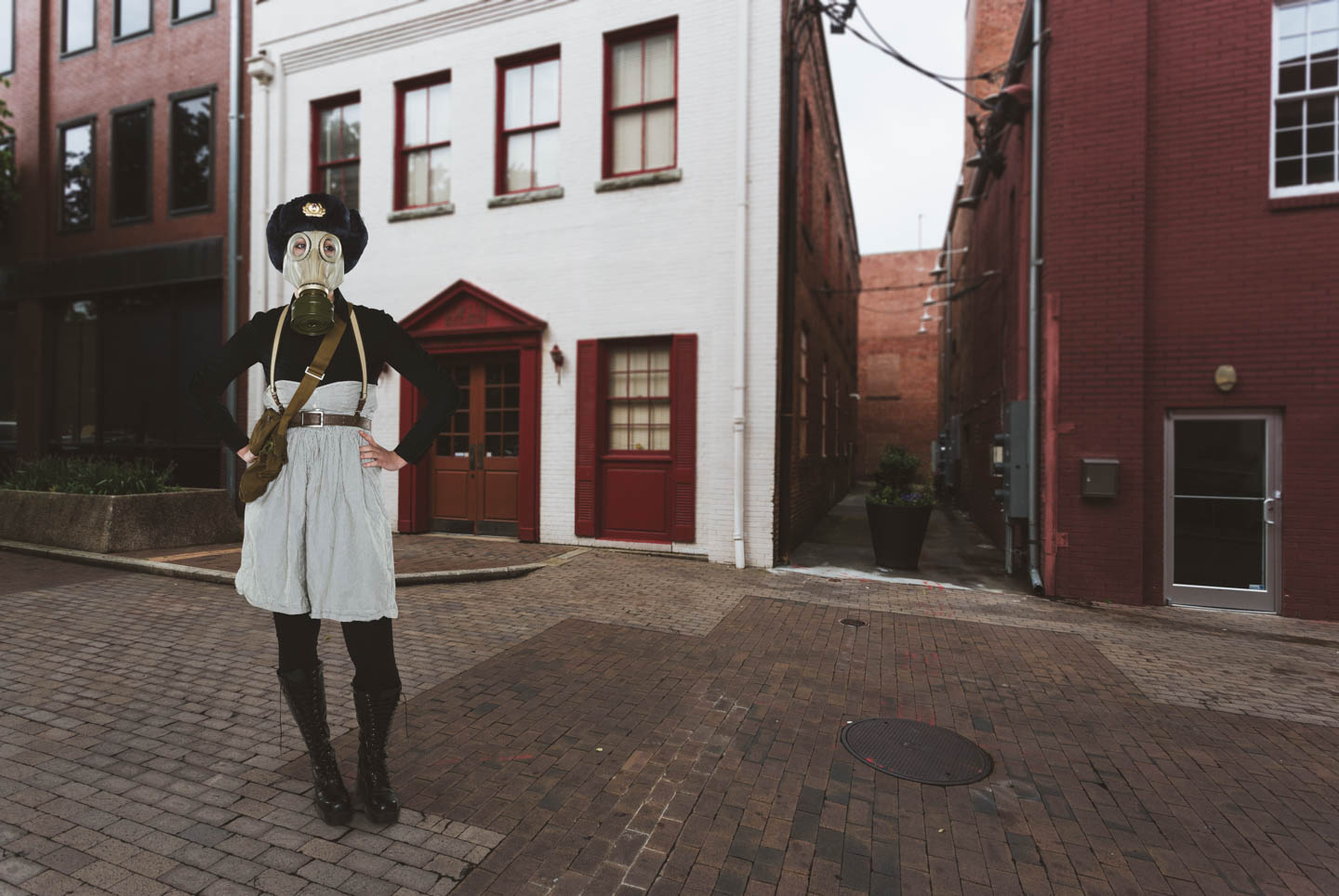 Early Morning Selfie with Behind the Scenes