This photo shoot was a lot of fun from beginning to end. We sat down a few weeks before hand to come up with some ideas for a photo shoot that featured a soon to graduate lawyer. He wanted to create a postcard to family and friends announcing his graduation. We drew up a basic concept of lawyer, news, wheelchair, cannibal, police vehicle, and makeup artists.

On the day of the shoot most of the setup was with makeup and my lighting gear. We arranged a police car in the back and setup all the props. The final photograph is one frame. It didn’t require too much photography once we started shooting. Planning can make a huge difference. This might be one reason designers and marketers create paper sketches, prototypes, and concept designs before production begins. Pre-production can be very helpful! 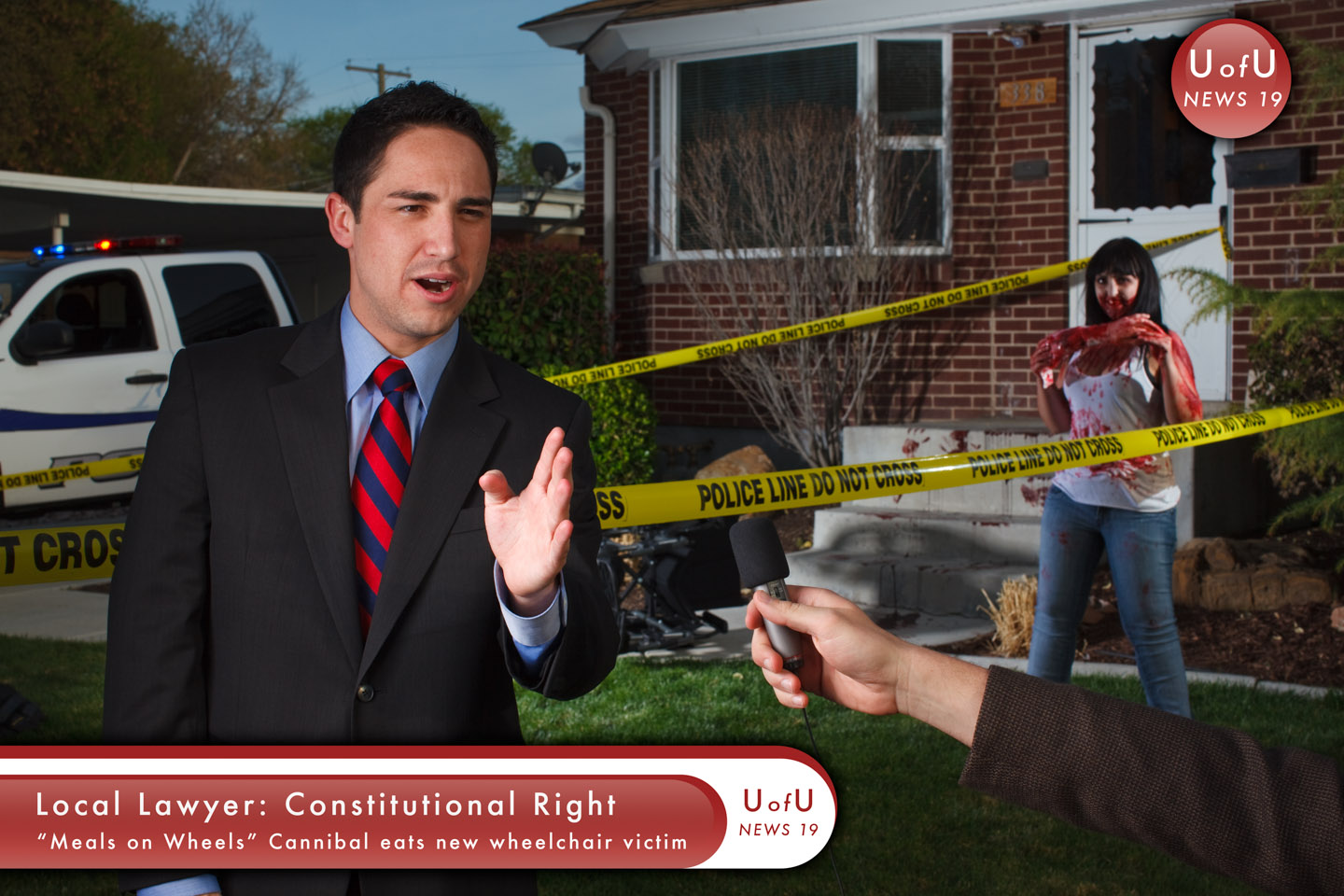 A Lawyer defends his cannibal client for TV news 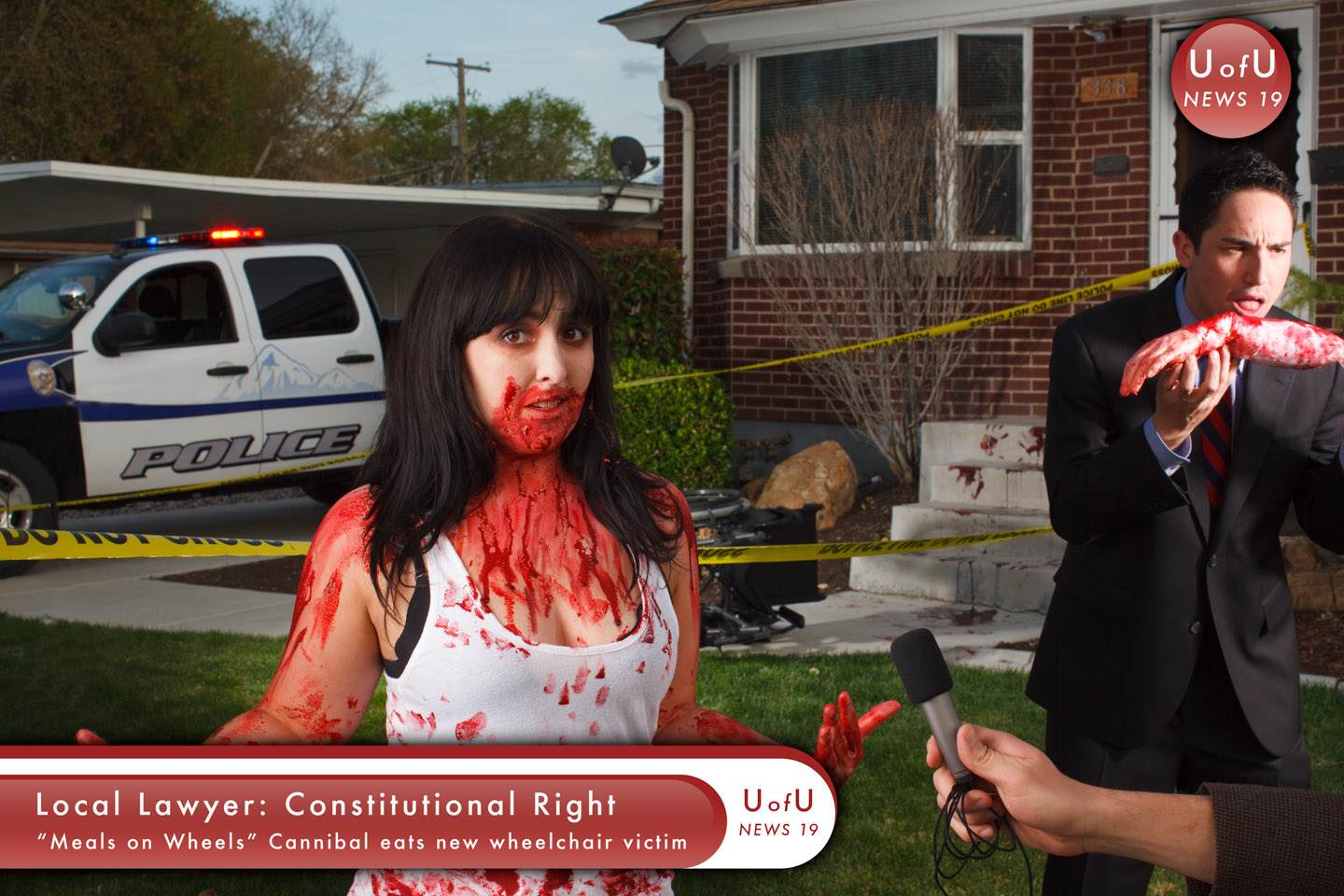 The Meals on Wheels Cannibal

I probably shouldn’t take a lot of the credit for the idea… but I will. We did our brainstorming at a cafe in Salt Lake City. I had brought along paper to sketch the idea and once my imagination gets going it can go off the rails and be rather hilarious and/or irreverent.