Top Posts
A Surprising Location for a Portrait
Leasey Family Portraits in Studio
A Before & After from Photoshop Retouching
An Orem Wedding in the Time of COVID-19
Maya’s Fashion Portraits on the Bonneville Salt Flats
Dave & Doug’s Family Photo Shoot in Big...
Children Photo Shoot in Big Springs Park in...
Autumn Portrait Season is Around the Corner
Time is Running Out to See the NEOWISE...
Senior Portraits with Maren on Provo’s Center Street
Home CommercialProduct Photography Classic Restored Toyota Land Cruiser from the 1970s
Product PhotographyVideo

I was hired to photograph a restored Toyota Land Cruiser. I don’t know a lot about cars but I believe this dates to the 1970s. We talked about several locations and the client and I did a little bit of recon to find a site locally that would work. The Bonneville Salt Flats was considered a bit too far to drive. But we found a spot that worked just west of the Usana Amphitheater out in Kearns. 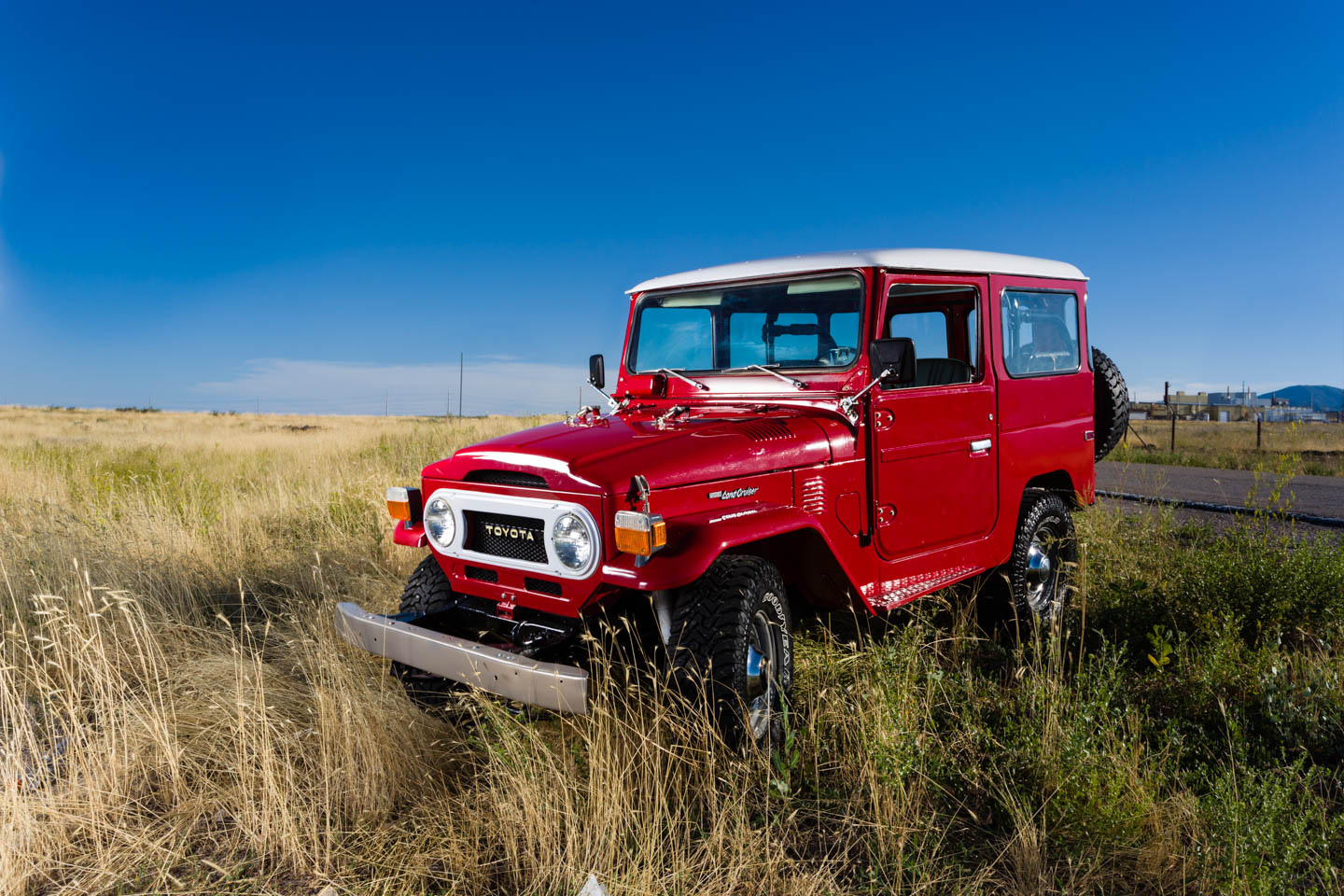 To create these automotive photos We would park the car in one spot and have the camera on a tripod and take multiple photos while moving a studio light around the car. I would then layer the images in Photoshop and create the perfect image. 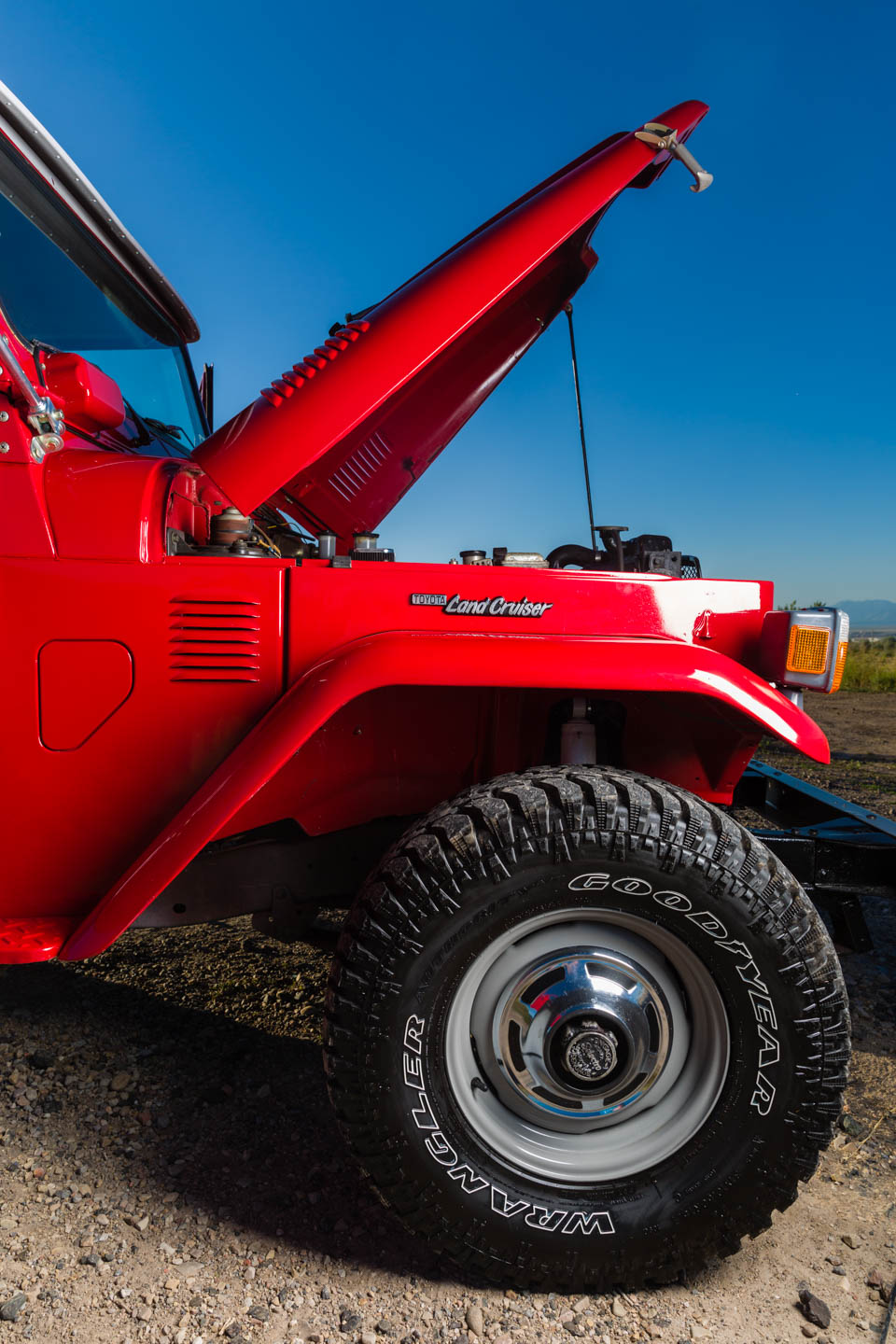 The client wanted photos that would be used on eBay to help sell the restored vehicle. From what I understand he restores cars as a hobby. Hopefully he makes some money to cover his costs. I don’t know how much it costs but I am sure it isn’t cheap. 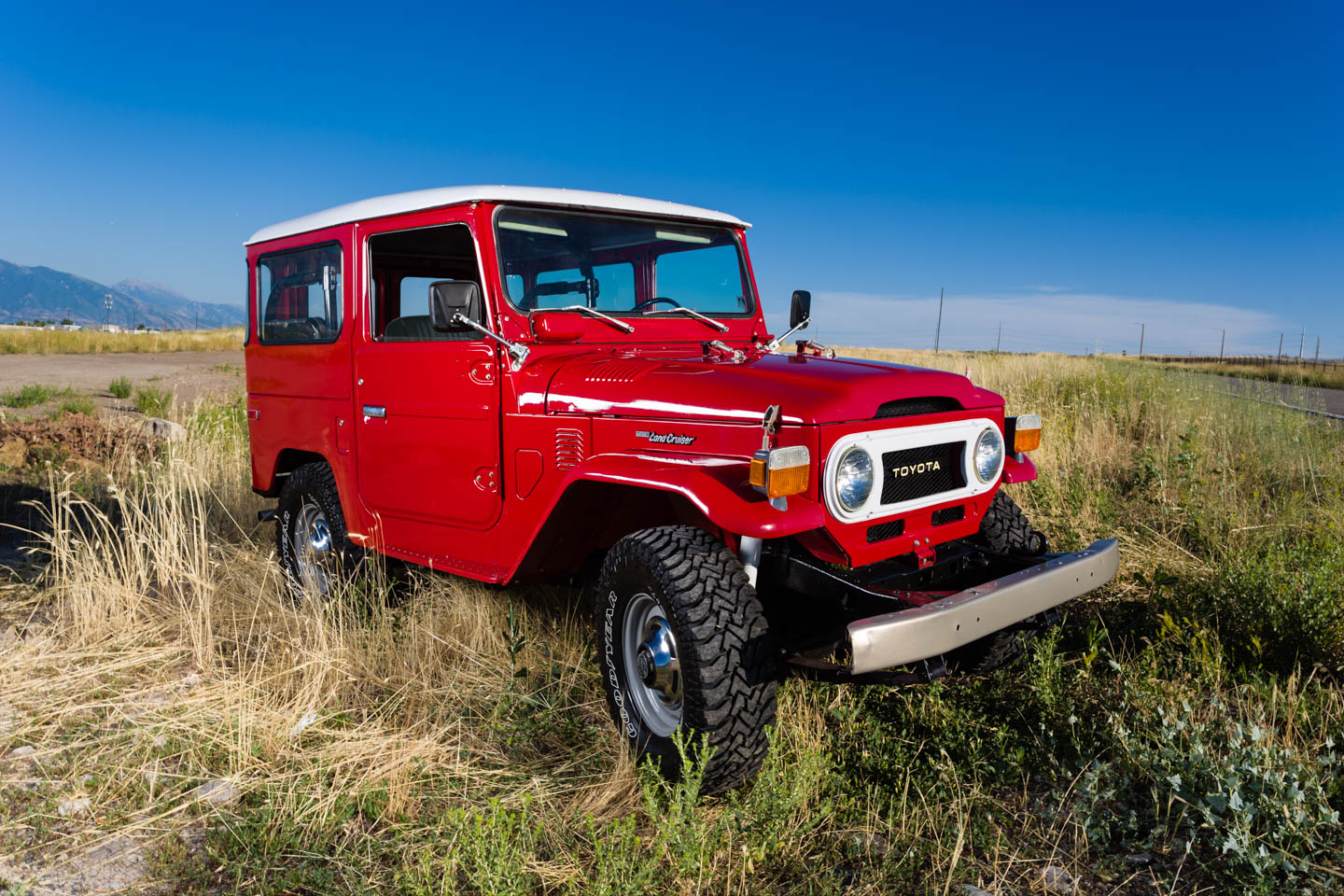 I also helped with a bit of HTML so the images and a video could be linked from the eBay listing. 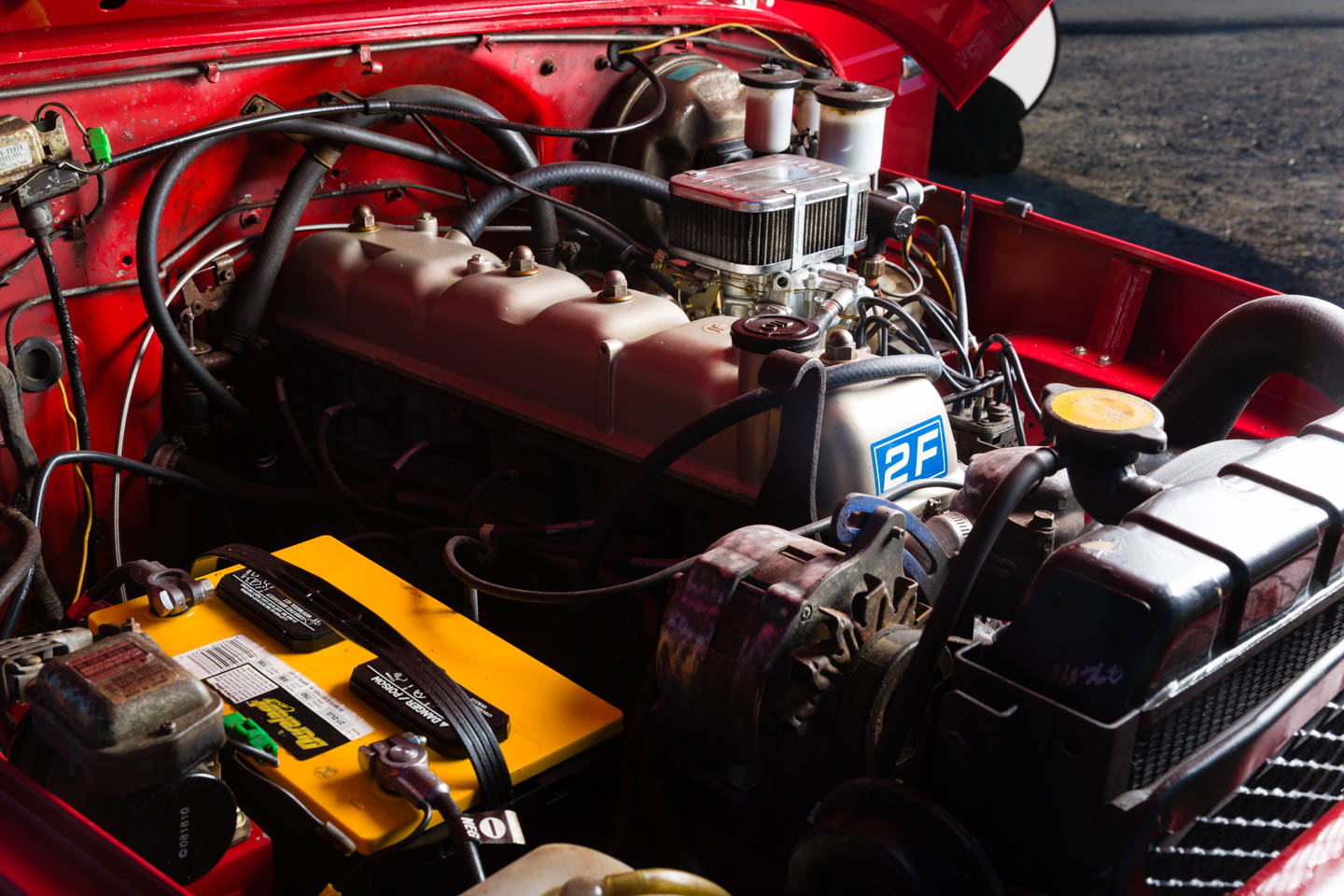 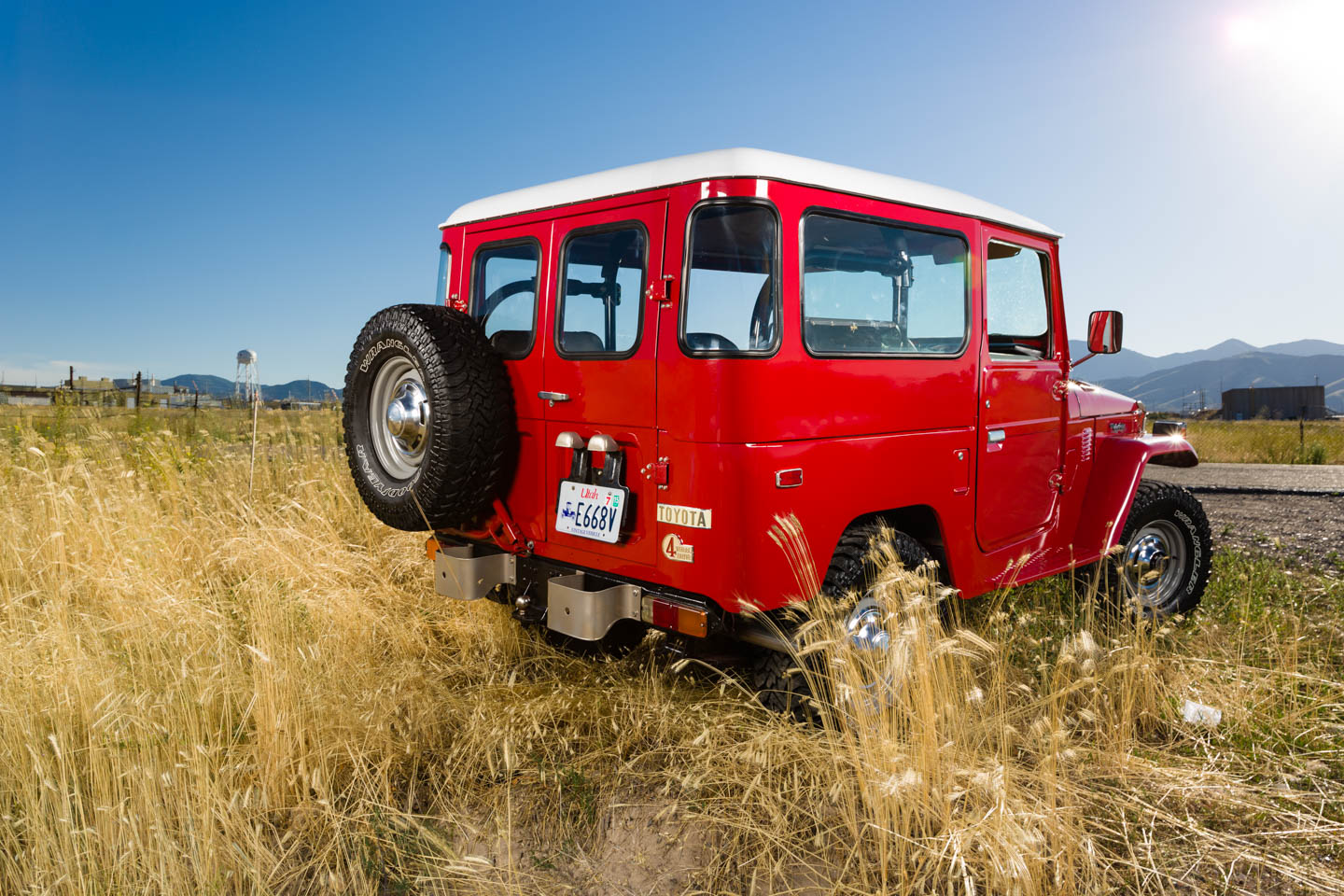 Back of the Toyota Land Cruiser 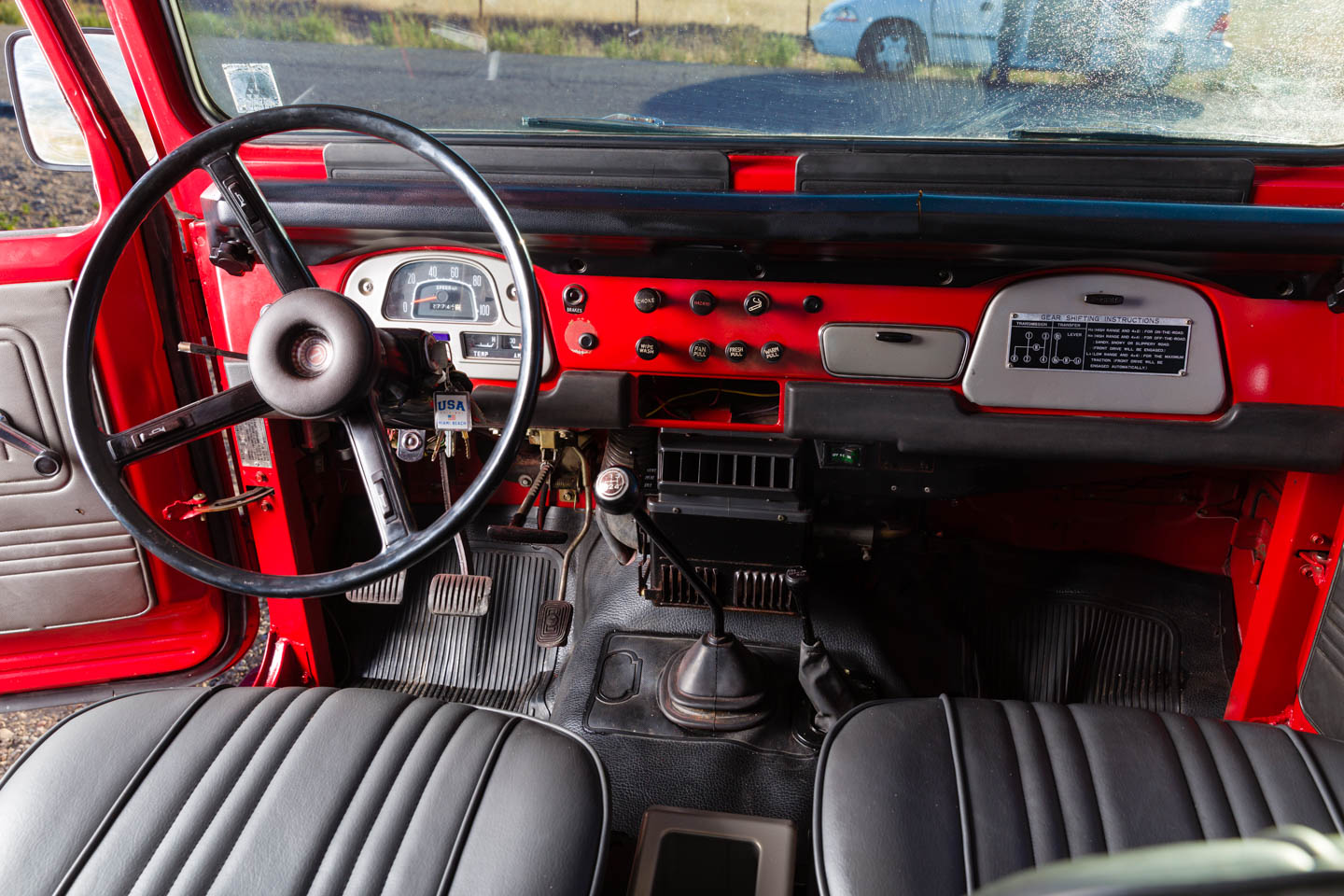 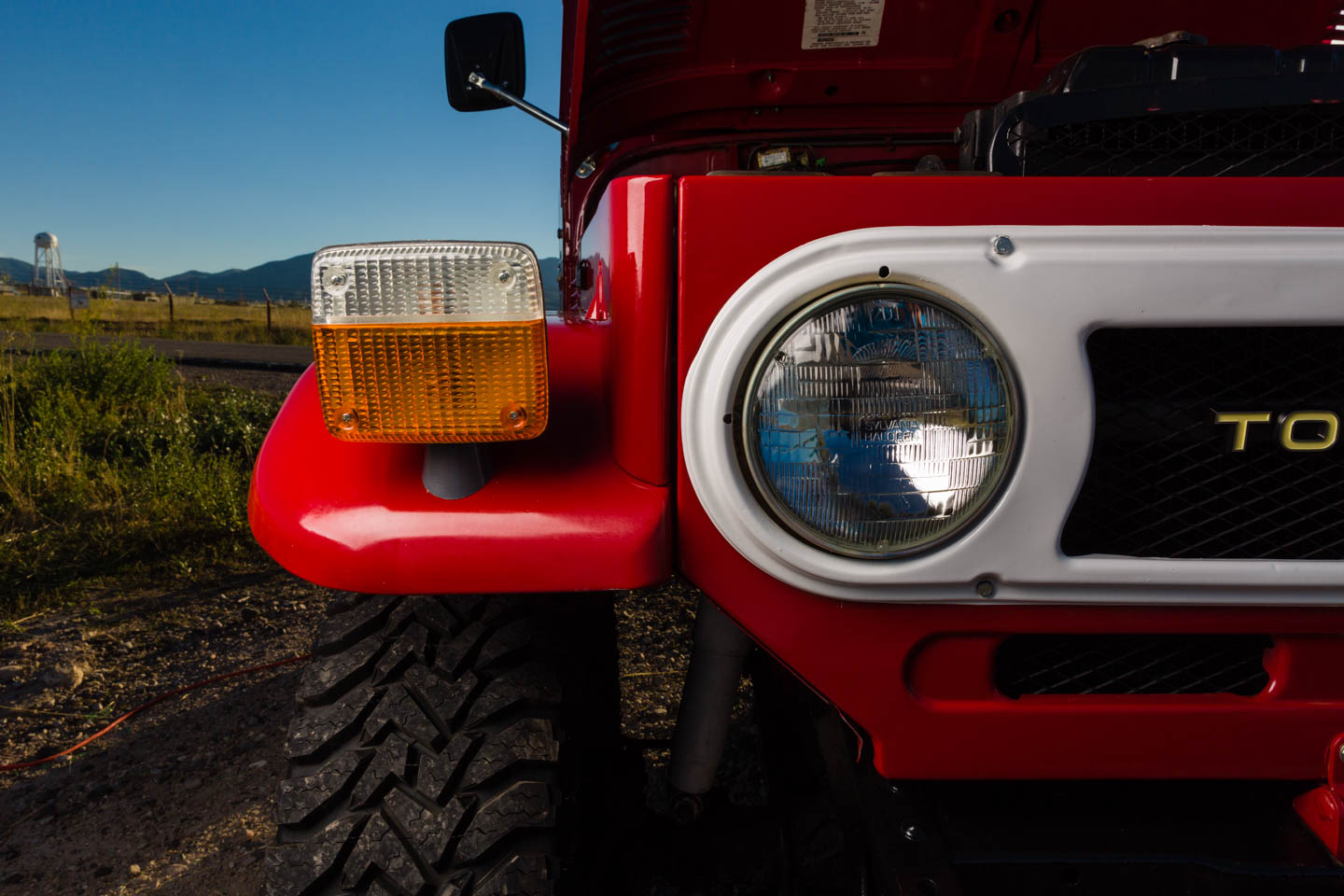 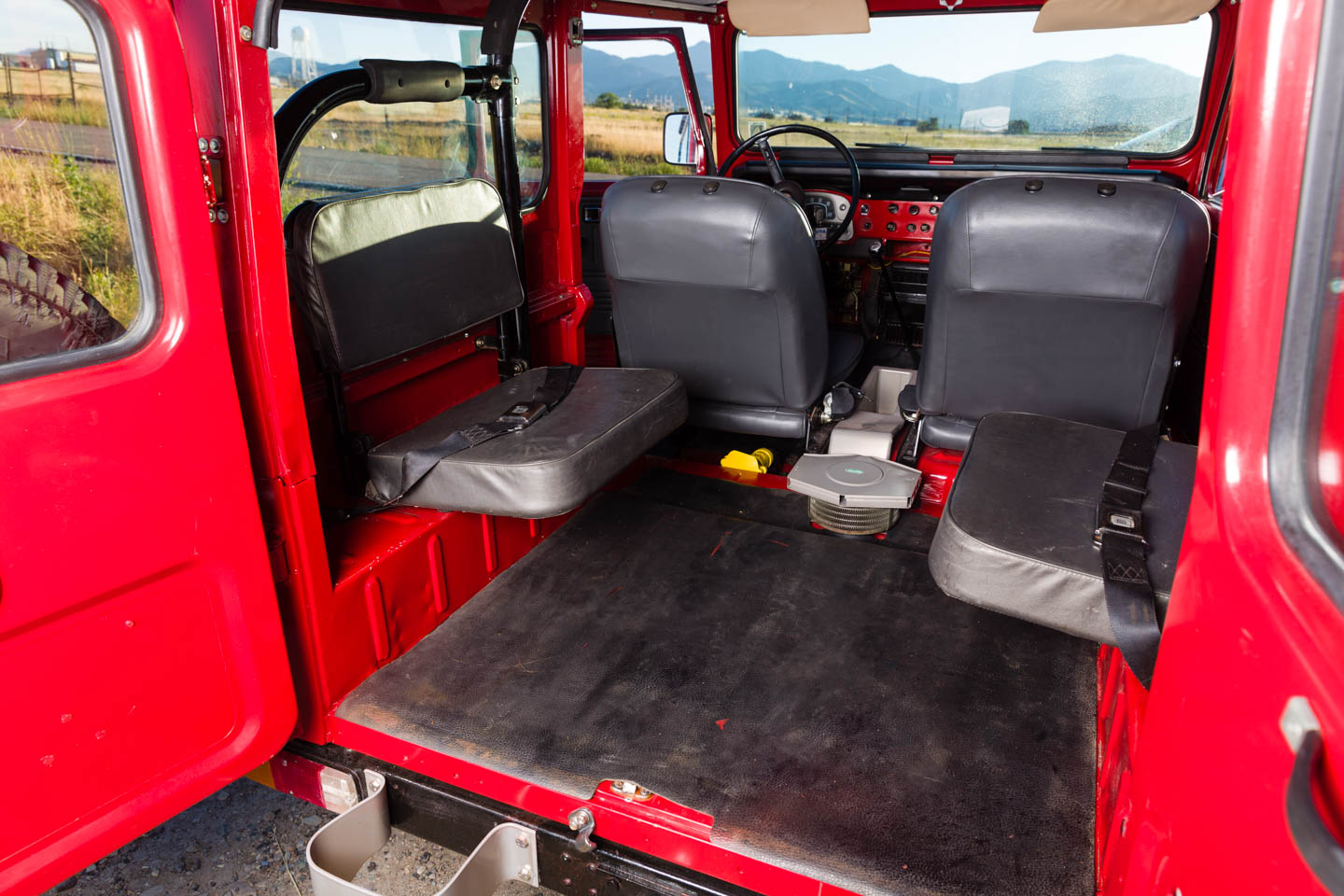 Finally, the client asked if I knew how to shoot and edit video. I have toyed around with video but never done an assignment for a commercial job. So I decided to do this video pro bono as a test of my video editing prowess. It turned out pretty well.

[…] was a children’s photographer for this photo shoot with Alexander. I had photographed a restored Toyota Land Cruiser for his father and they liked the photographs so much they hired me to photograph Alexander. Woo […]

[…] almost lost track of how many Toyota Land Cruisers that I have photographed… this is the first beige vehicle though. These cars are cult […]

[…] that the paint is the classic quicksand color. I’ve photographed a number of colors include red and […]