Top Posts
Burgers & Sandwiches at The Spoon in 2020
Photos from the Utah HRC Gala 2019 at...
Photographing Glossy Lip Models
How to Shoot Two Different Headshots Quickly and...
Headshots with Nathan in Downtown Salt Lake City
Photos from Force for Good Day 2019
Utah Pride 2019 Photos!
Wedding Photos at Market Street Grill with Tyson...
Sunday in the Park with George by the...
Summer Heritage Gardens Wedding with Sydney & Michael
Home Sports Photography Cheering on Real Salt Lake vs LA Galaxy, Pretending to Be a Sports Photographer
Sports Photography

Cheering on Real Salt Lake vs LA Galaxy, Pretending to Be a Sports Photographer

Last night I had the chance to kick back, relax and watch a great soccer game between Real Salt Lake and the LA Galaxy. This game was a playoff game that went into overtime. This is the first season where I have been rooting for the local Real team. This game also saw the return of Robbie Rogers to the starting lineup for the LA Galaxy after an injury. Robbie Rogers is the first out gay soccer player, which is pretty dang cool. I am happy to have had the opportunity to watch him play, although I was of course cheering on RSL. 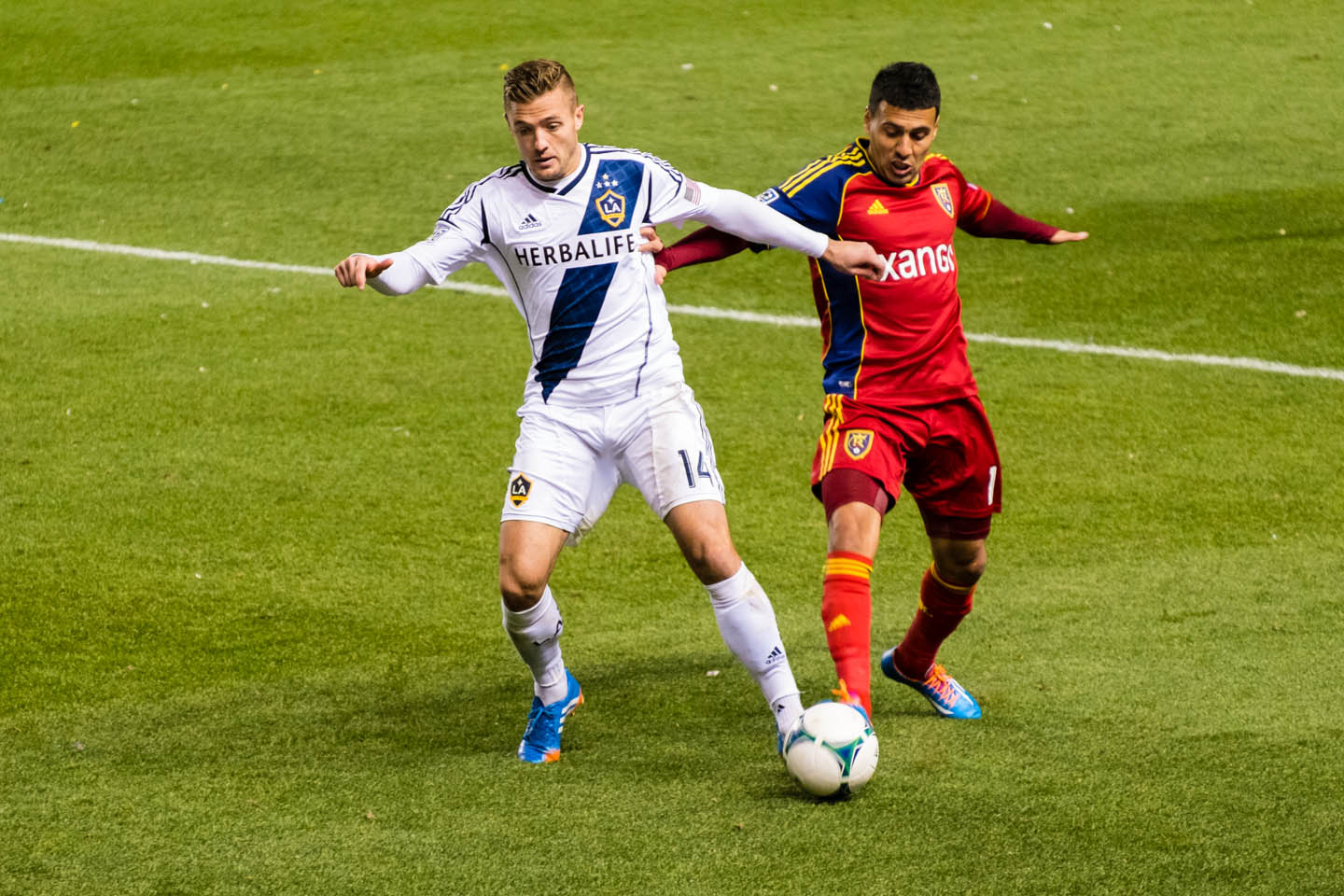 Robbie Rogers and Tony Beltran fight for the soccer ball

For this game I finally brought a camera and a lens that was long enough to capture some of the action. Since I was just a spectator and spent most the time just watching and screaming with the rest of the fans. Maybe someday I’ll have the chance to photograph on the sidelines with my big camera. If you’re wondering, I brought my Fuji X-E1 with 55-200mm lens. This is the camera I bring when I don’t want to look like a professional, just someone with a retro looking camera, a tourist. 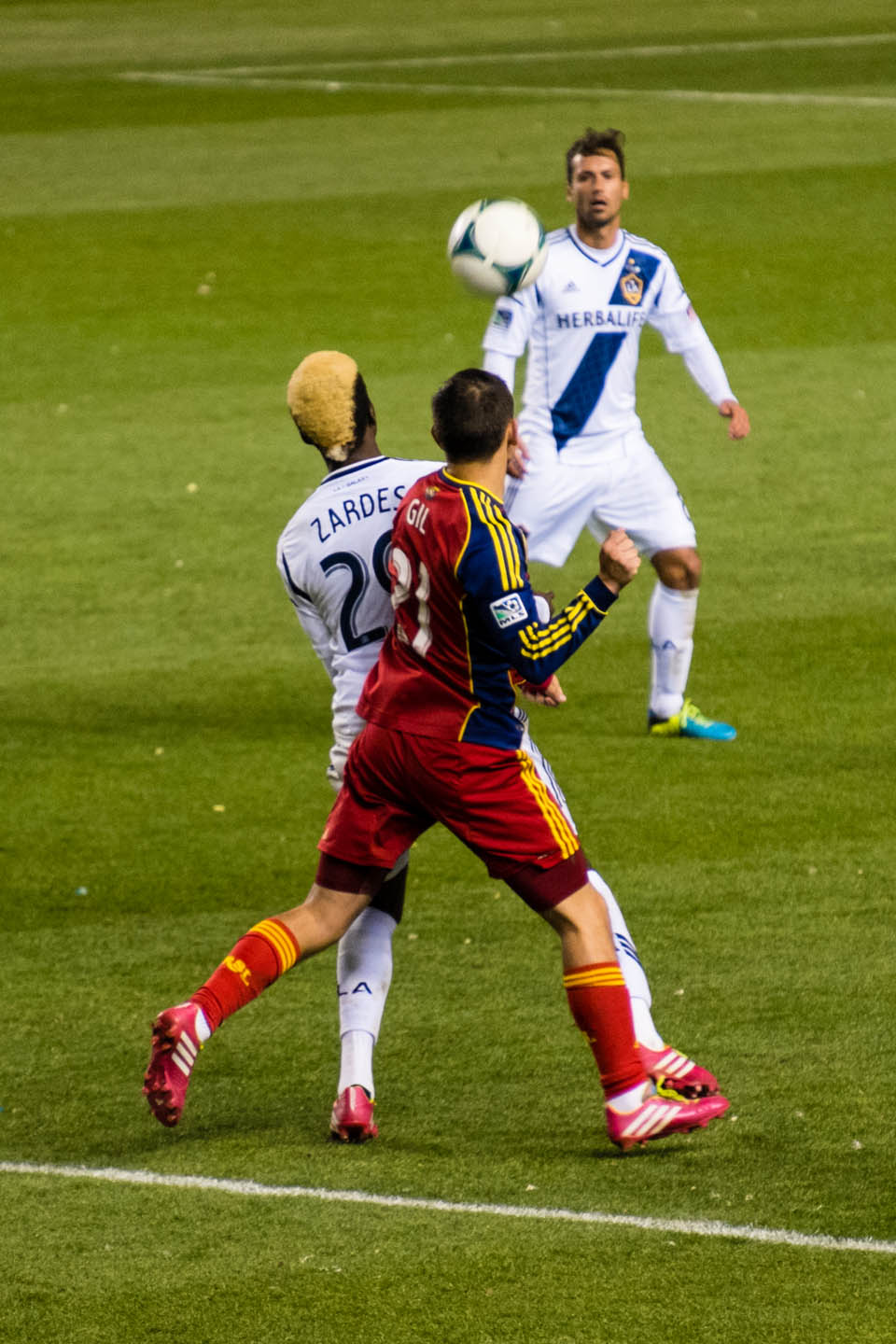 Congrats to the Real Salt Lake! They played their hearts out and left everything on the pitch. I’ve already purchased my ticket to the next round of the playoffs when RSl faces Portland. I’ll probably bring my camera again for that game as well. But sometimes, it is just fun to sit and be a fan.

Men’s Fashion is Based on the Suit, Vests are Optional