Top Posts
Delicate Arch & the Milky Way Galaxy
Family Photo Session in Memory Grove with the...
A Surprising Location for a Portrait
Leasey Family Portraits in Studio
A Before & After from Photoshop Retouching
An Orem Wedding in the Time of COVID-19
Maya’s Fashion Portraits on the Bonneville Salt Flats
Dave & Doug’s Family Photo Shoot in Big...
Children Photo Shoot in Big Springs Park in...
Autumn Portrait Season is Around the Corner
Home Events Checking Out the Utah State Fair 2014
Events

It has been at least 12 years since I have been to the Utah State Fair. I took the day off from the day job so I could go during a weekday when it wasn’t too busy. The weekend was booked solid for me so that wasn’t an option. Next year I want to go in the evening so I can get some of the lighting from the fair and do some long exposures with the rides. It would definitely be more photogenic. 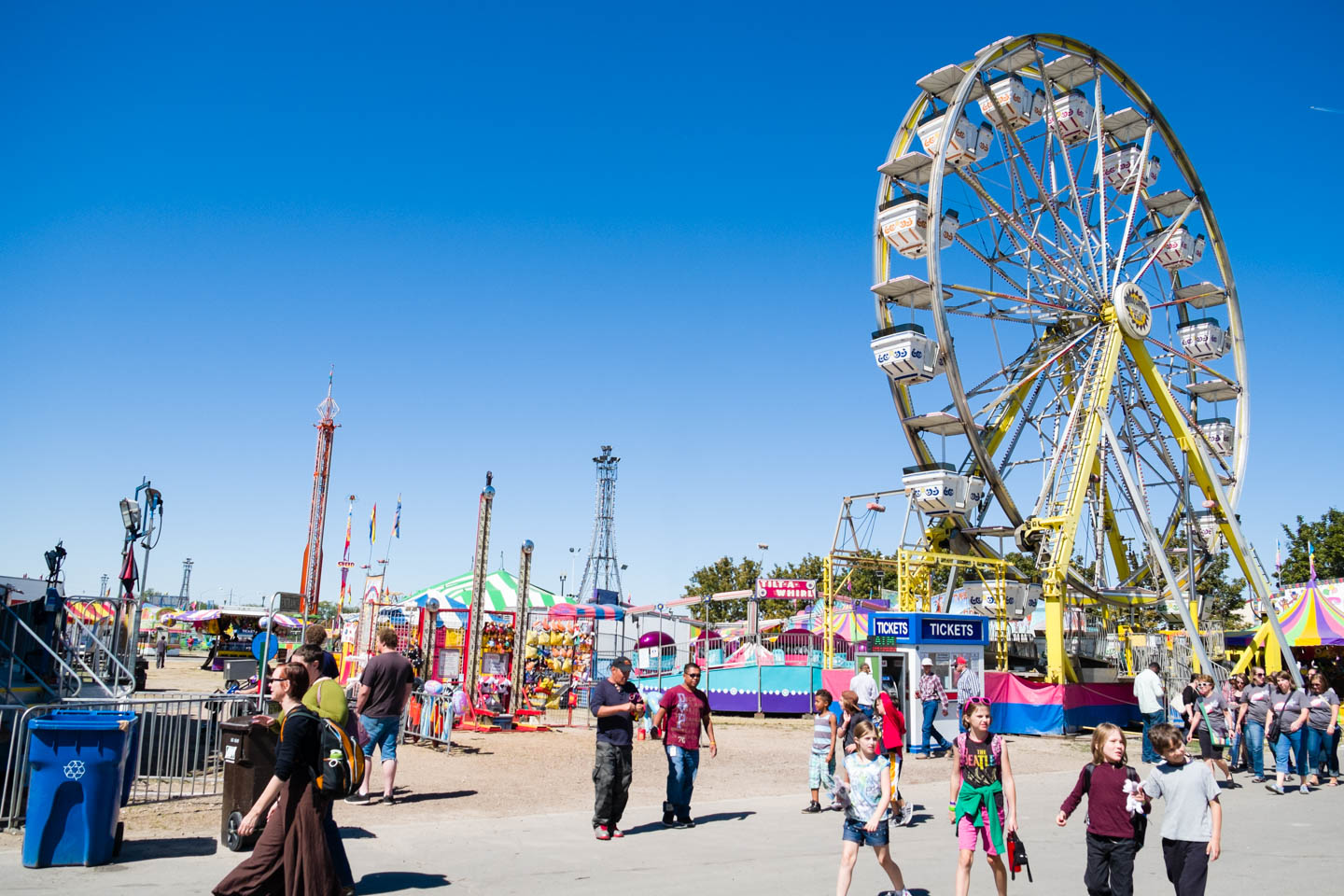 Ferris Wheel and rides at the Utah State Fair

My main goal was to try some of the fair’s fried food. There was a chicken and waffles on a stick served with jalepeno infused maple syrup and I tried a deep fried Milky Way candy bar. It is definitely a diet killer. 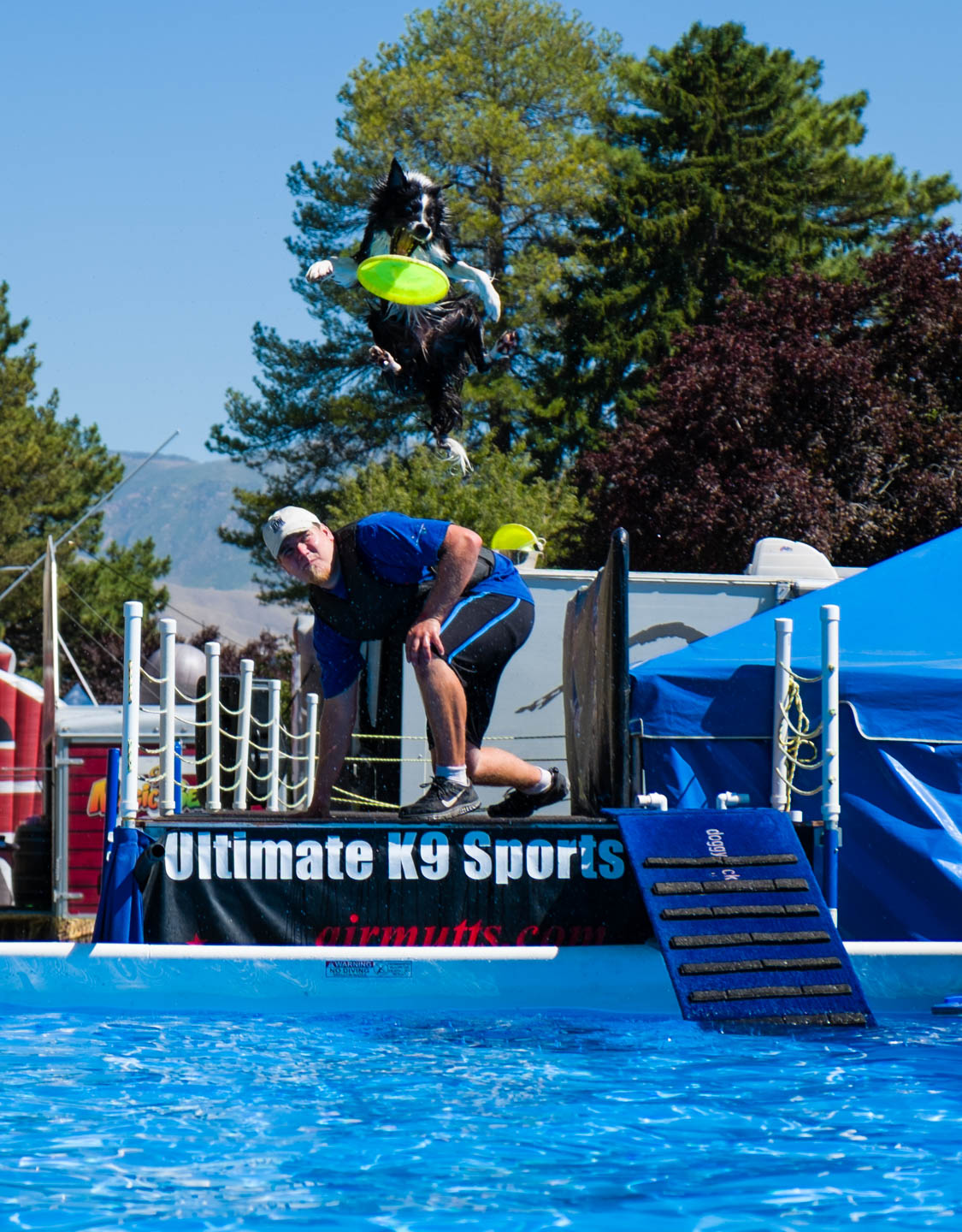 Dog chases a Frisbee into the pool

The fair has rides, food, entertainment, and plenty of competitions. I will have to compete in the photography competitions. I think I would have a few good entries that would impress the judges. I might have to use steroids to win first place, we’ll see. 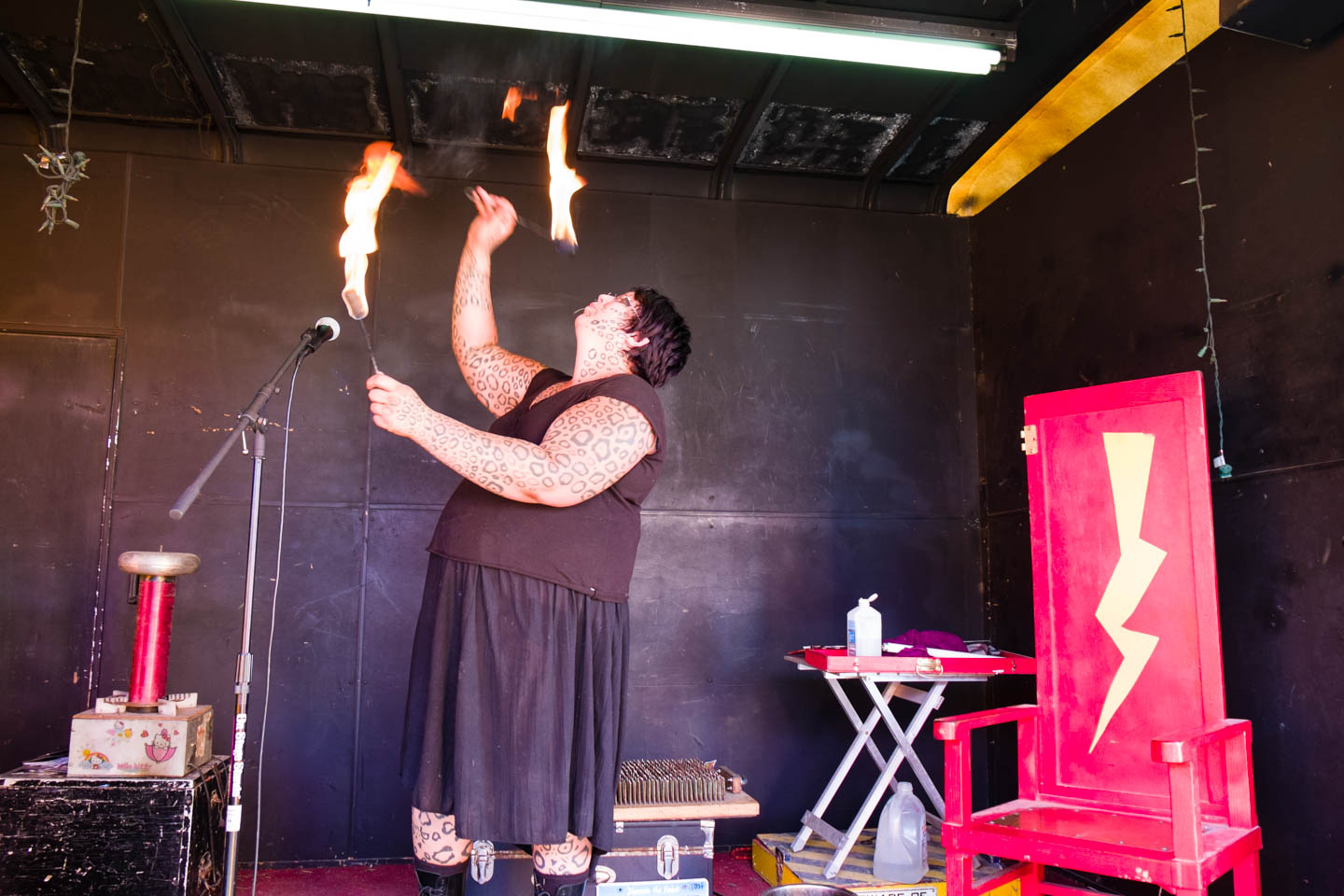 I did have a personal performance from this lady. She has a ton of tattoos and as whiskers. She ate fire, swallowed a sword, performed some magic. She said performing for one person was pretty easy. And since I tip she let me get a photograph with her as she swallowed a sword for the camera. Woo hoo! 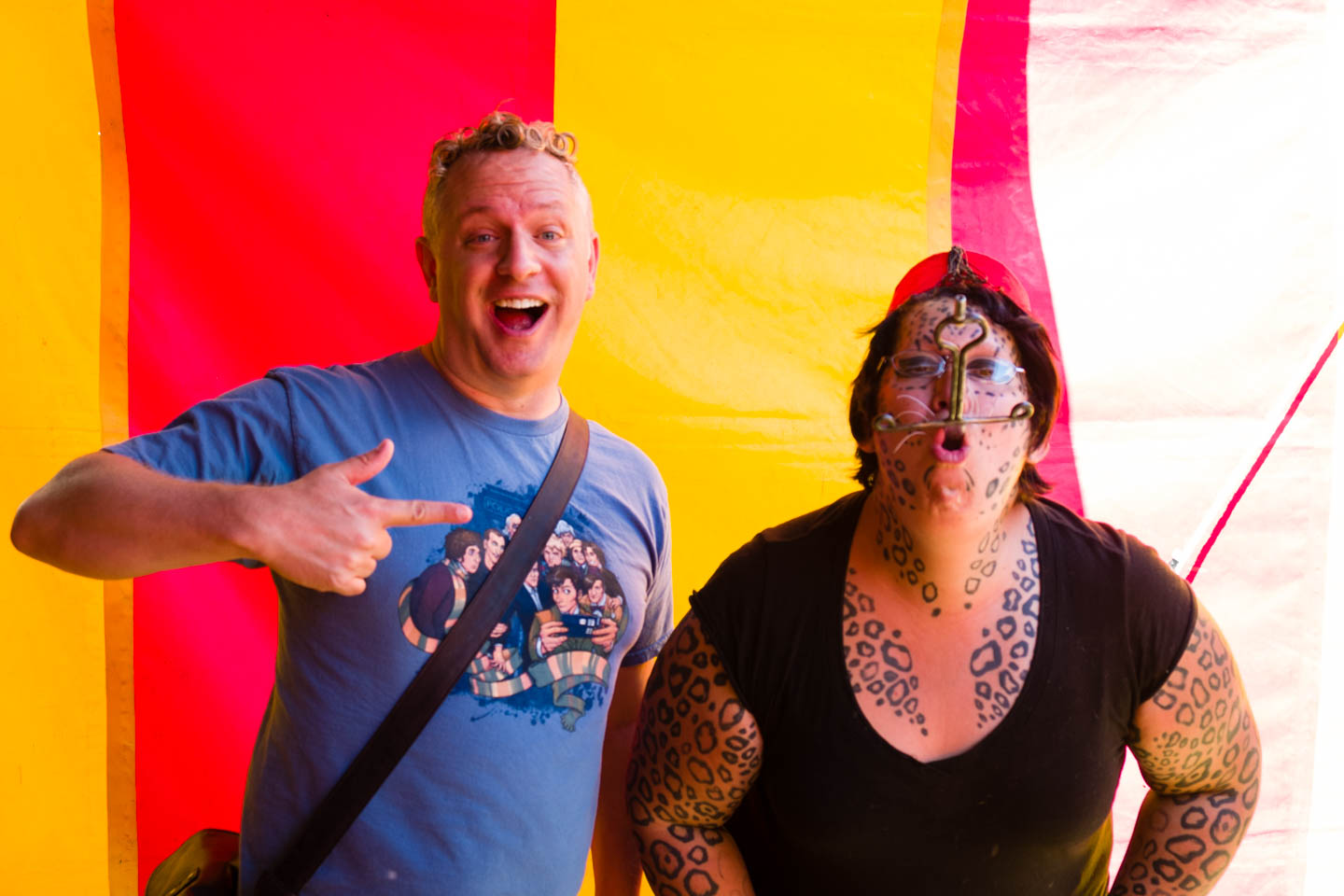 dav.d and the strange woman who swallows swords

The State Fair would be a great place for some street photography and just some unique photos. I’ll be back for sure! 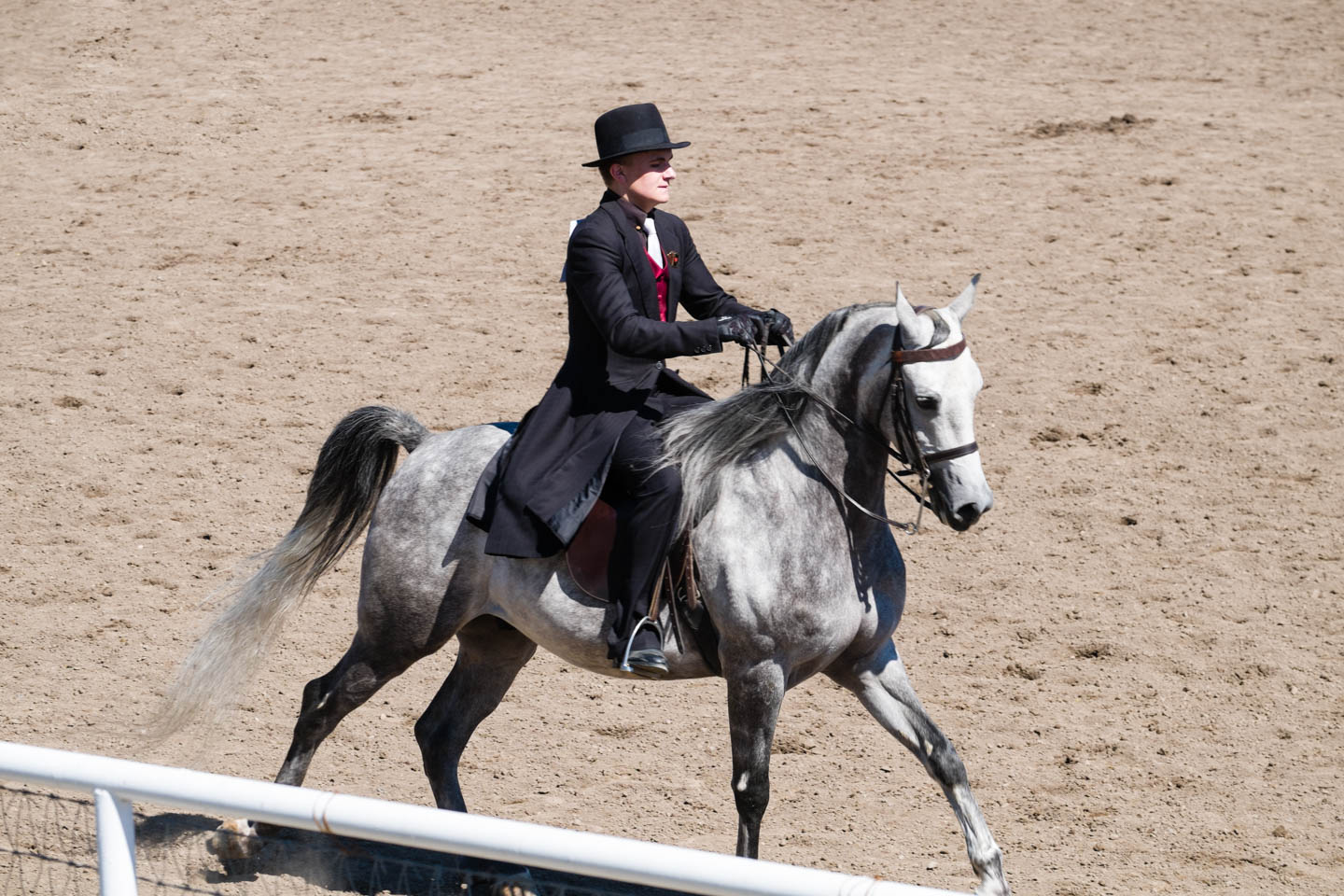 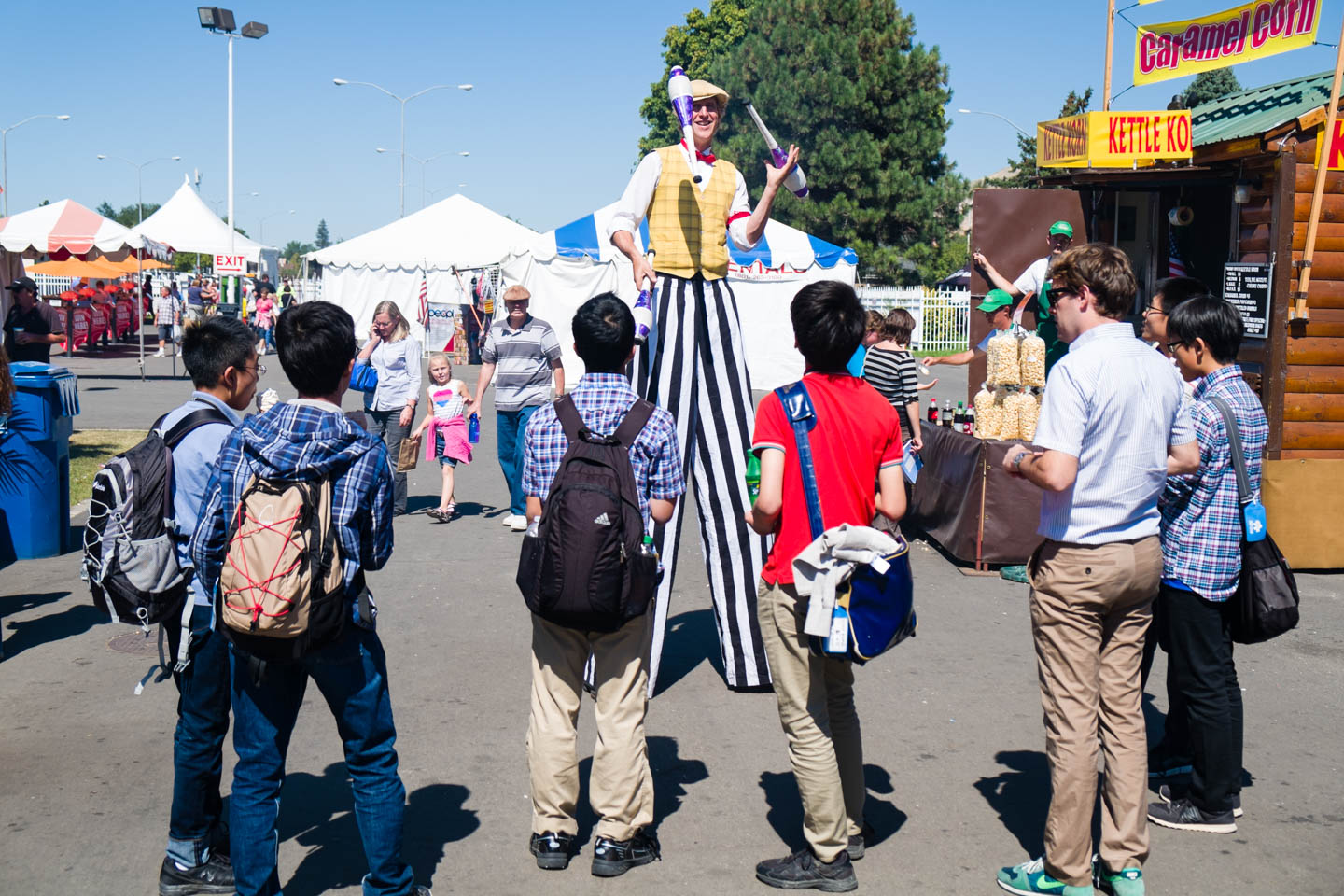 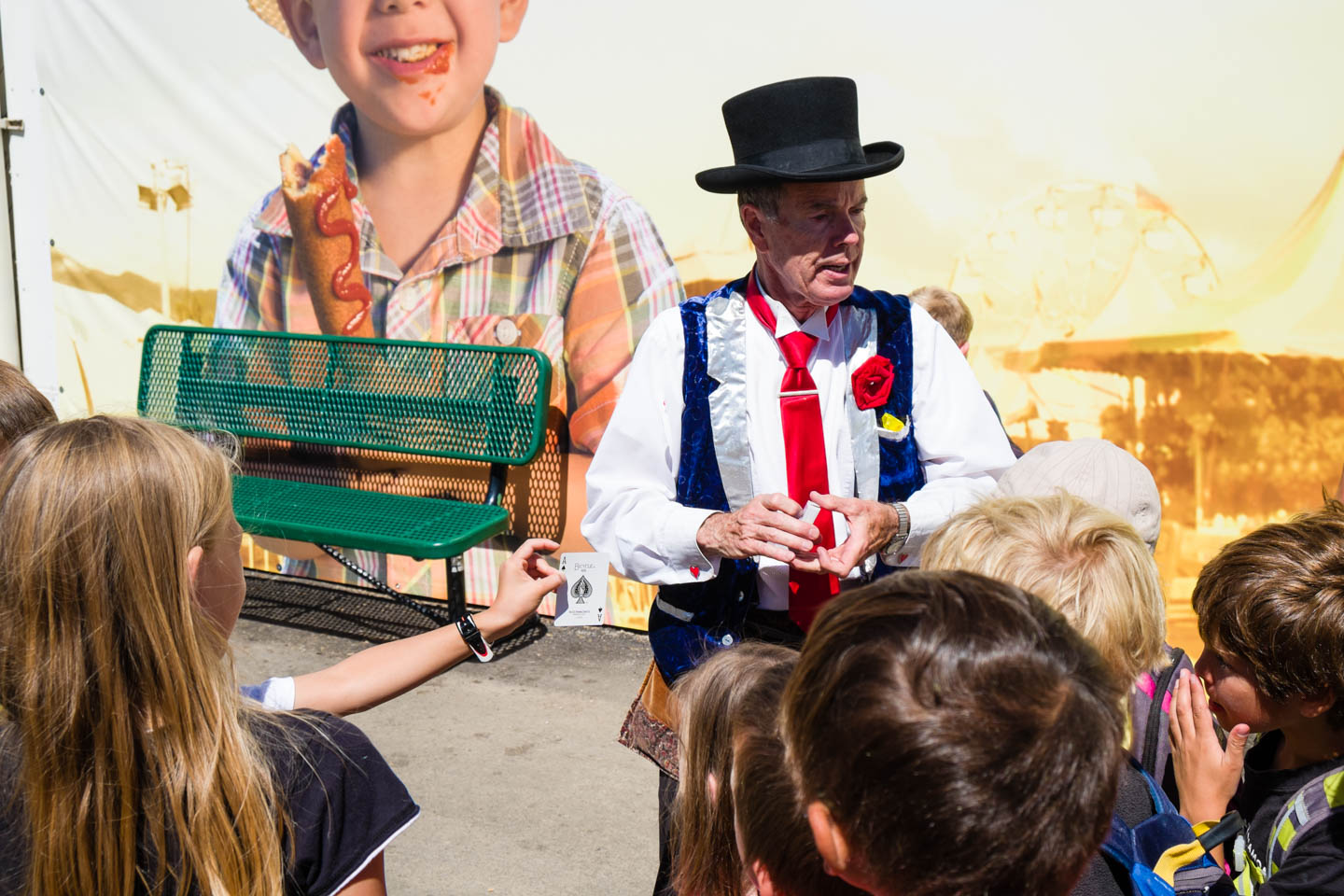 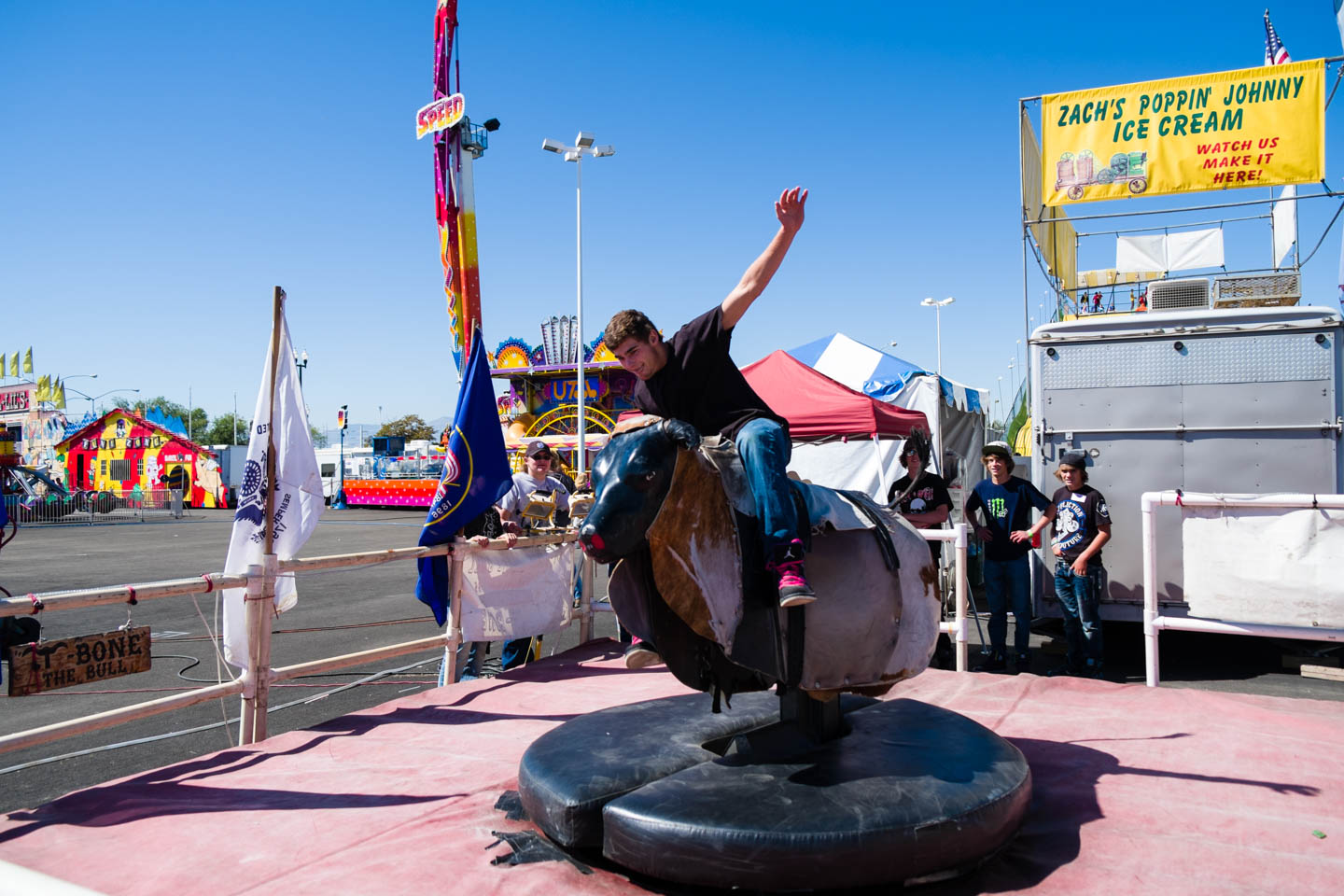 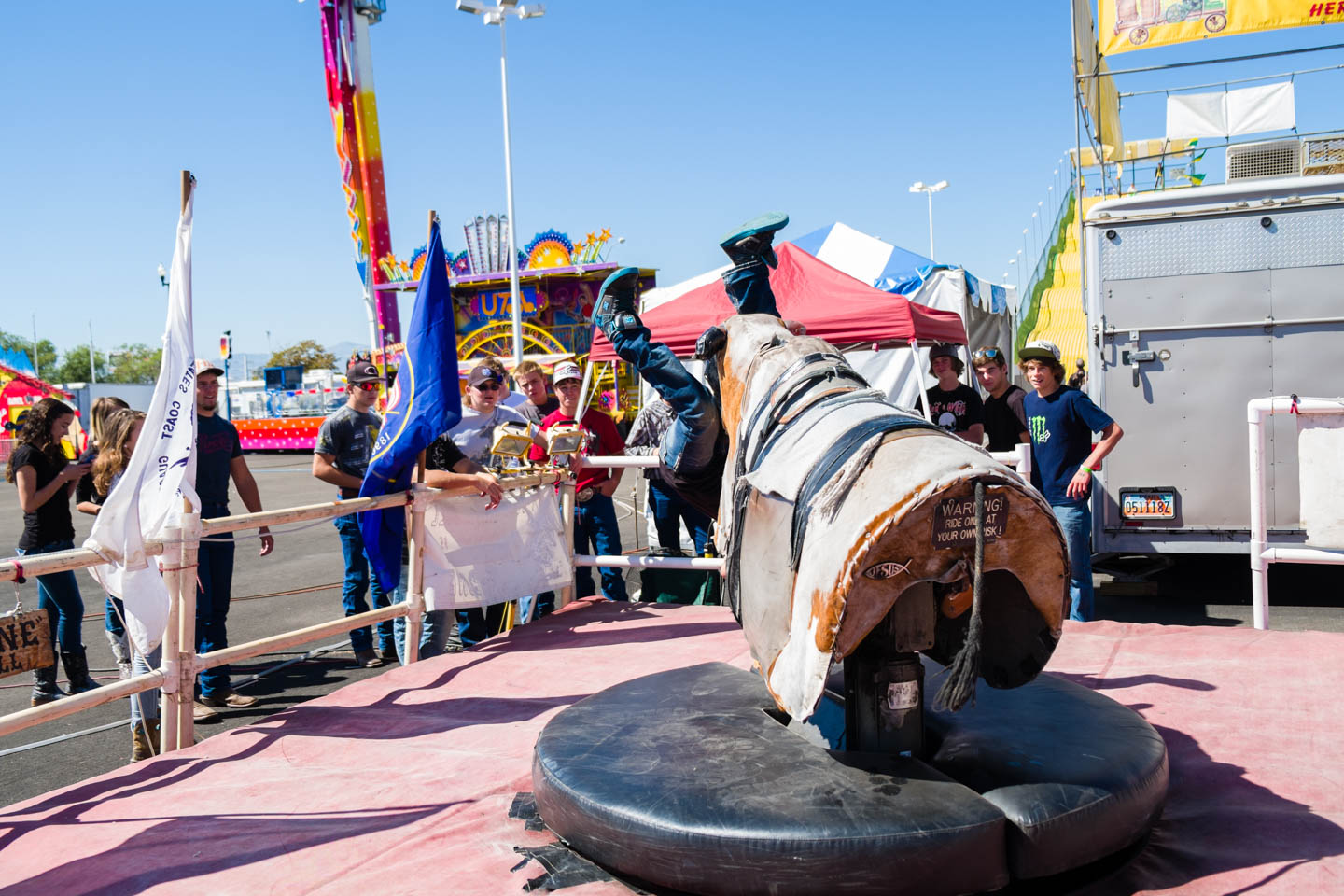 A bull rider is thrown from a mechanical bull 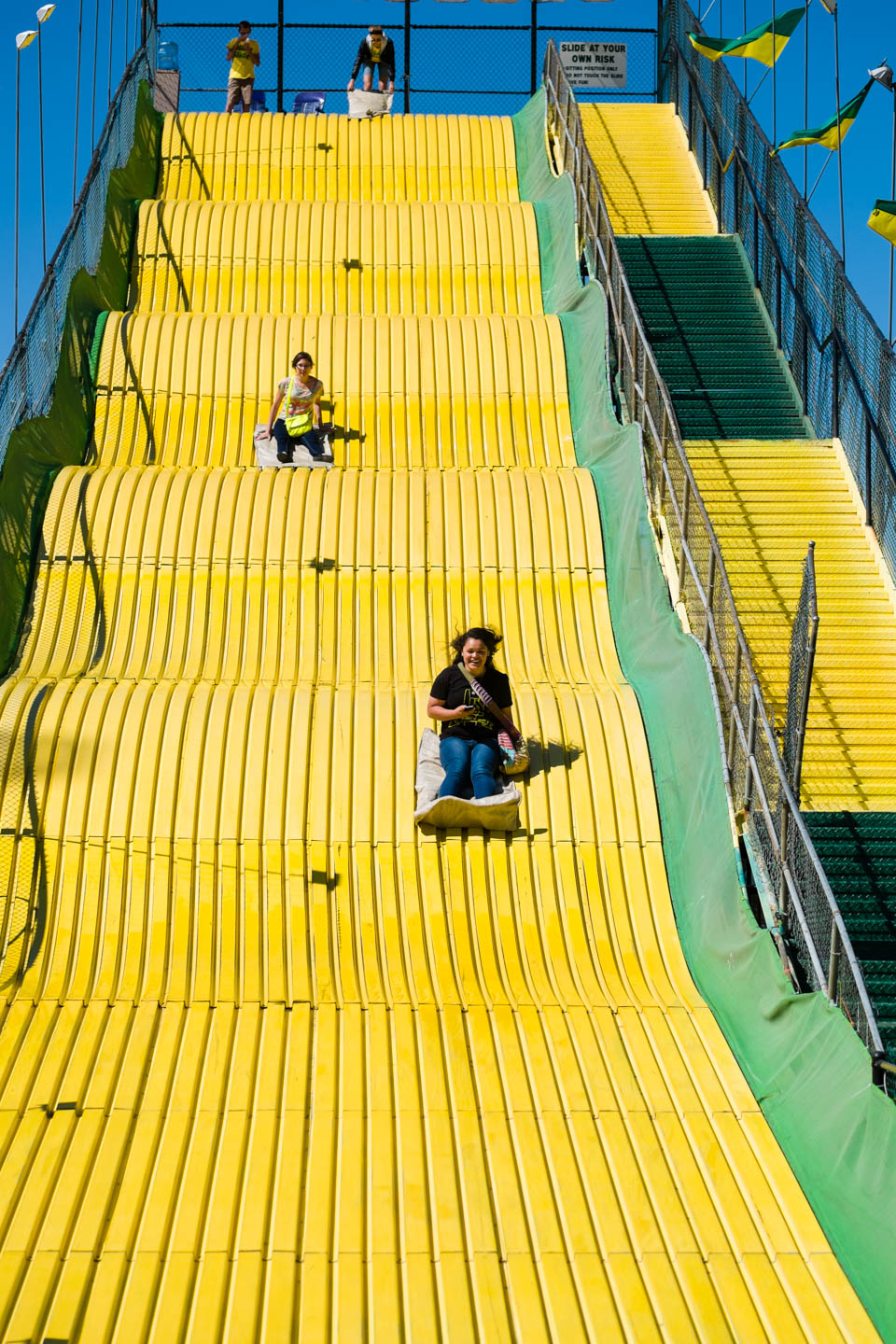 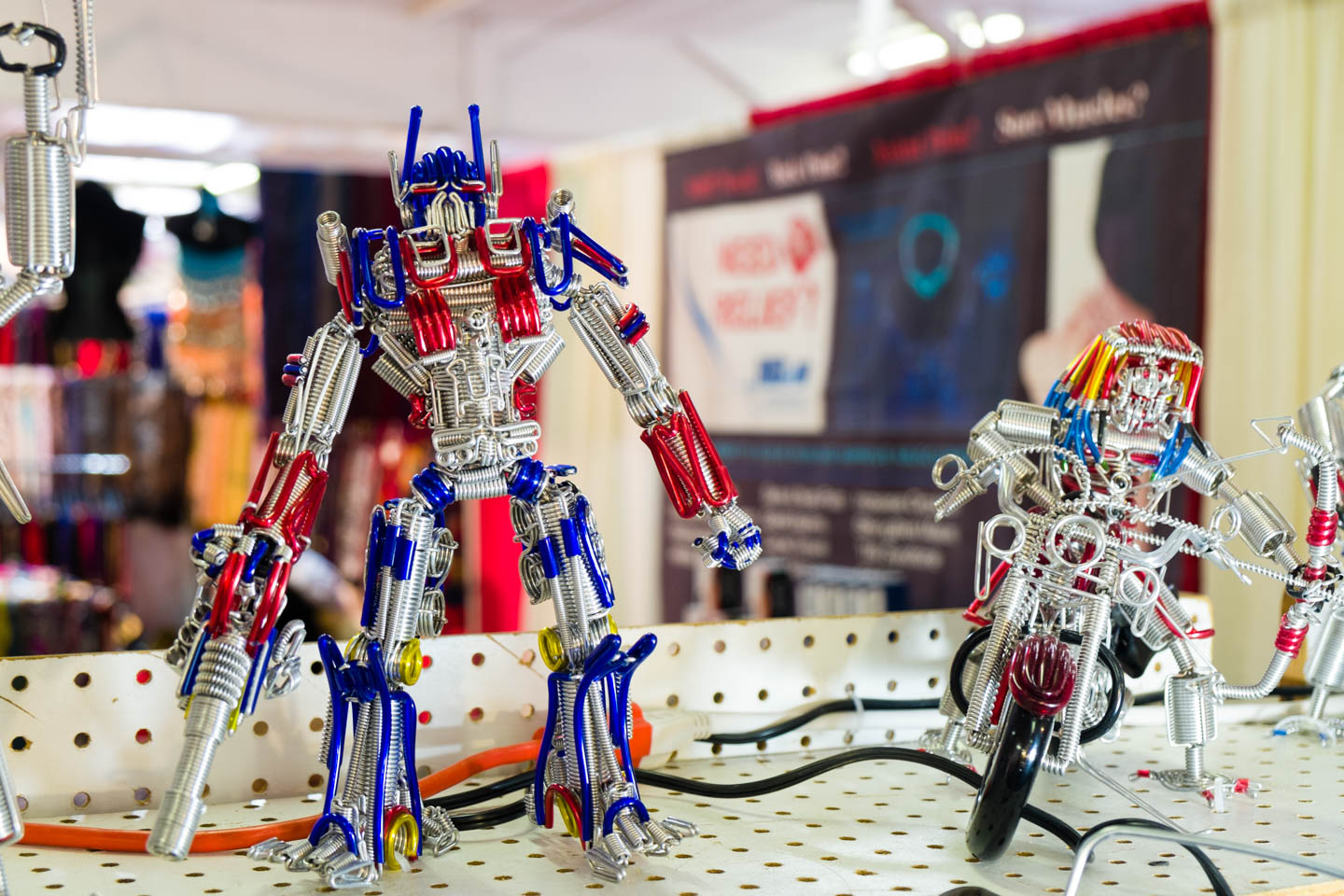 Transformer art for sale at the Utah State Fair 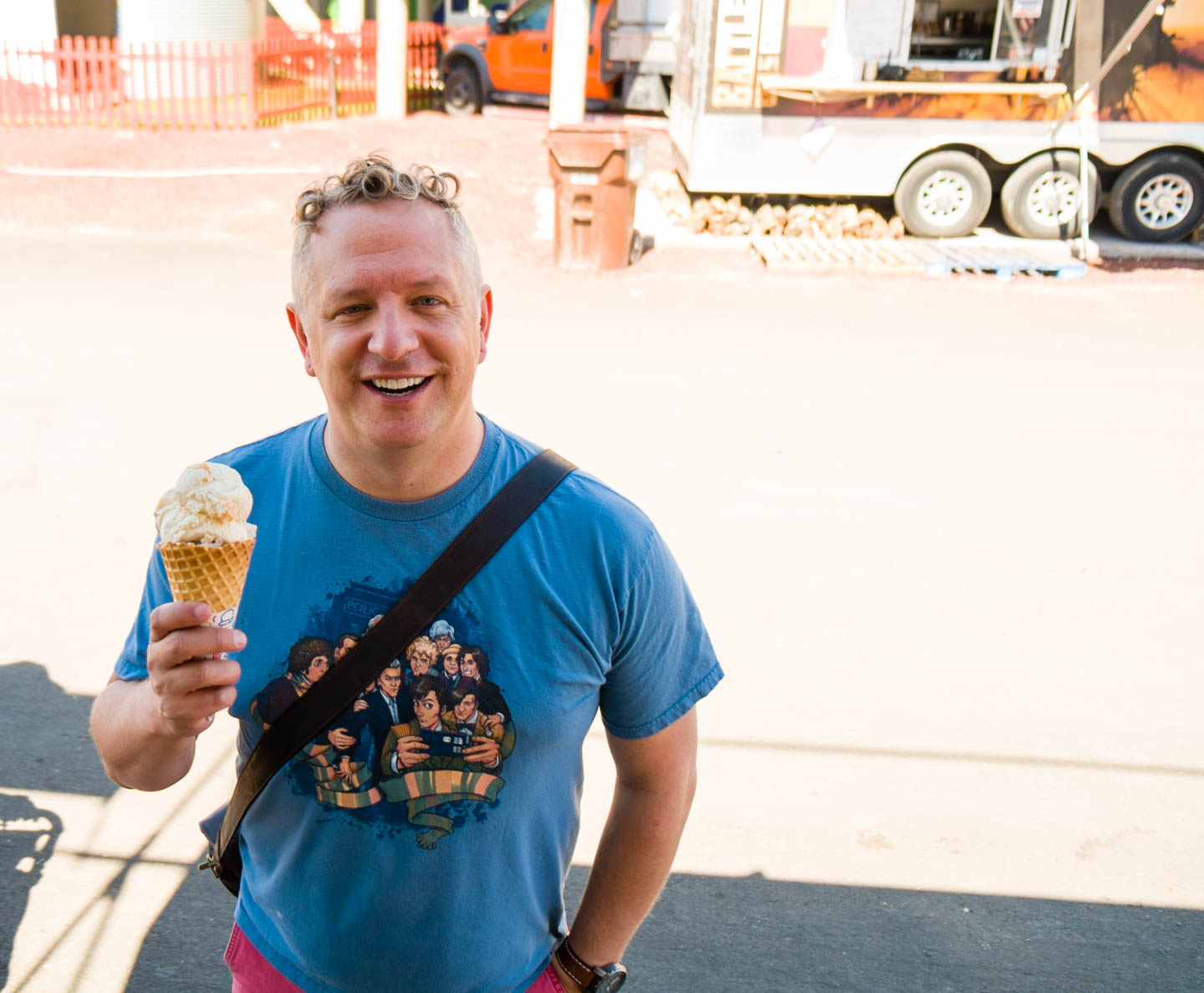 Cow and livestock at the Utah State Fair