I photographed Carolyn & Kaiya’s engagement session last year and the photos of course turned out awesome. They live in SLC and we picked the International Peace Garden for its variety of textures and locations. We photographed for about an hour and a half. By the way, engagement sessions are complimentary with the purchase of a wedding package. Hint, hint. 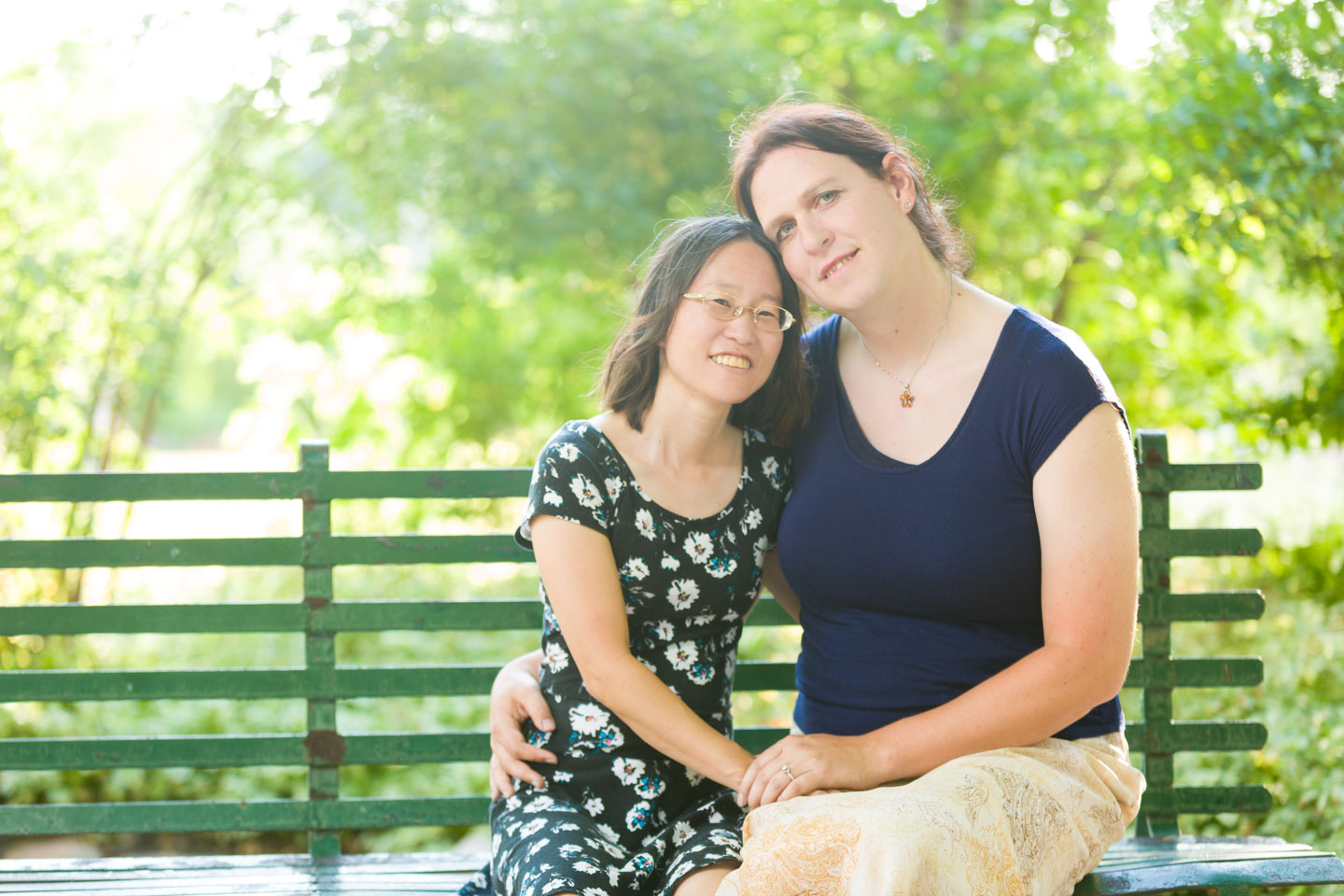 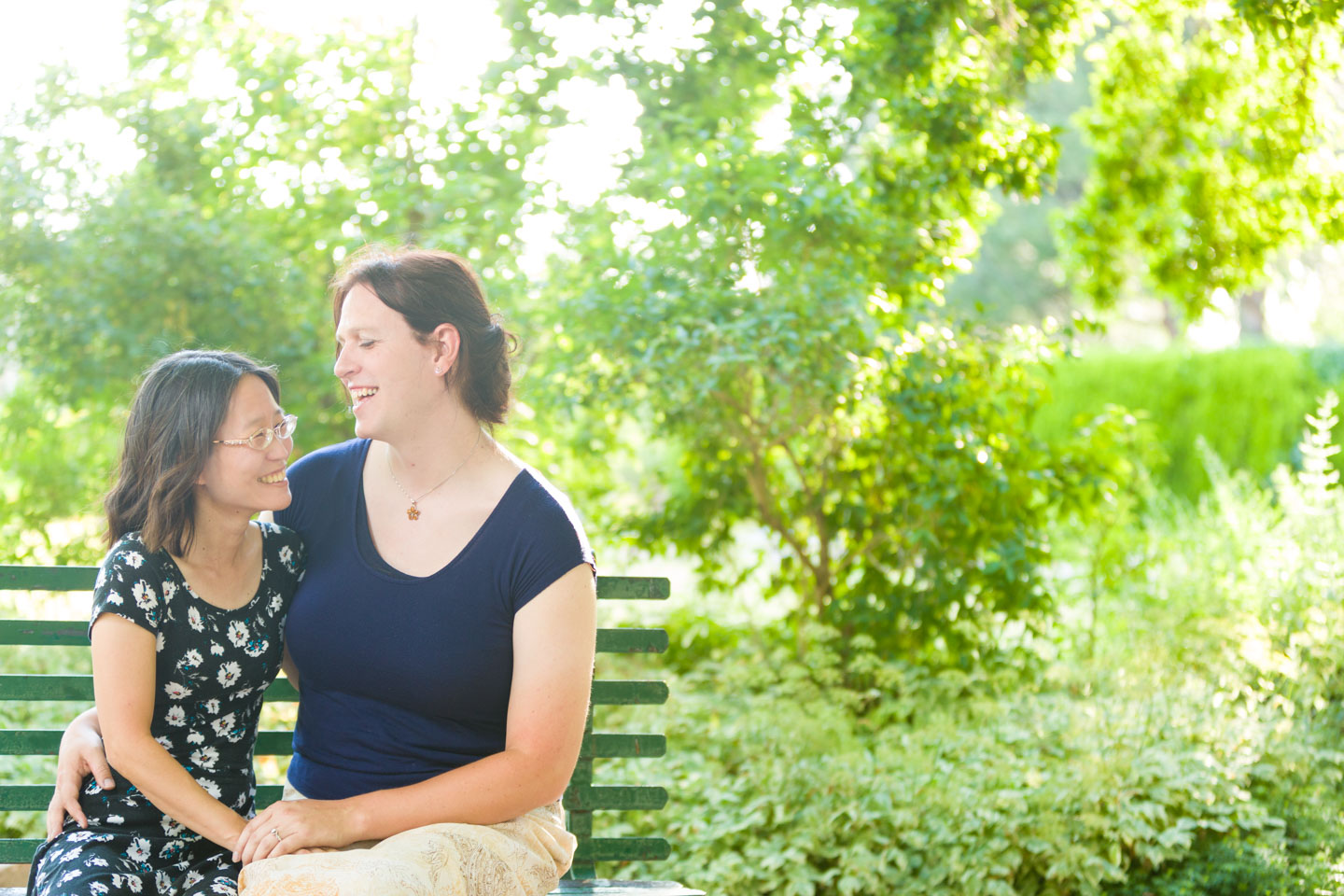 The following photograph is stitched together from about 40 photographs. Why would someone do this? It simulates the ye olde large format cameras and you get a dreamy blurry background with a wide field of view. It is called the Brenizer Method and I haven’t used it too often, but I want to create this effect more regularly because it can be so dang cool. Anyone up for a practice session? 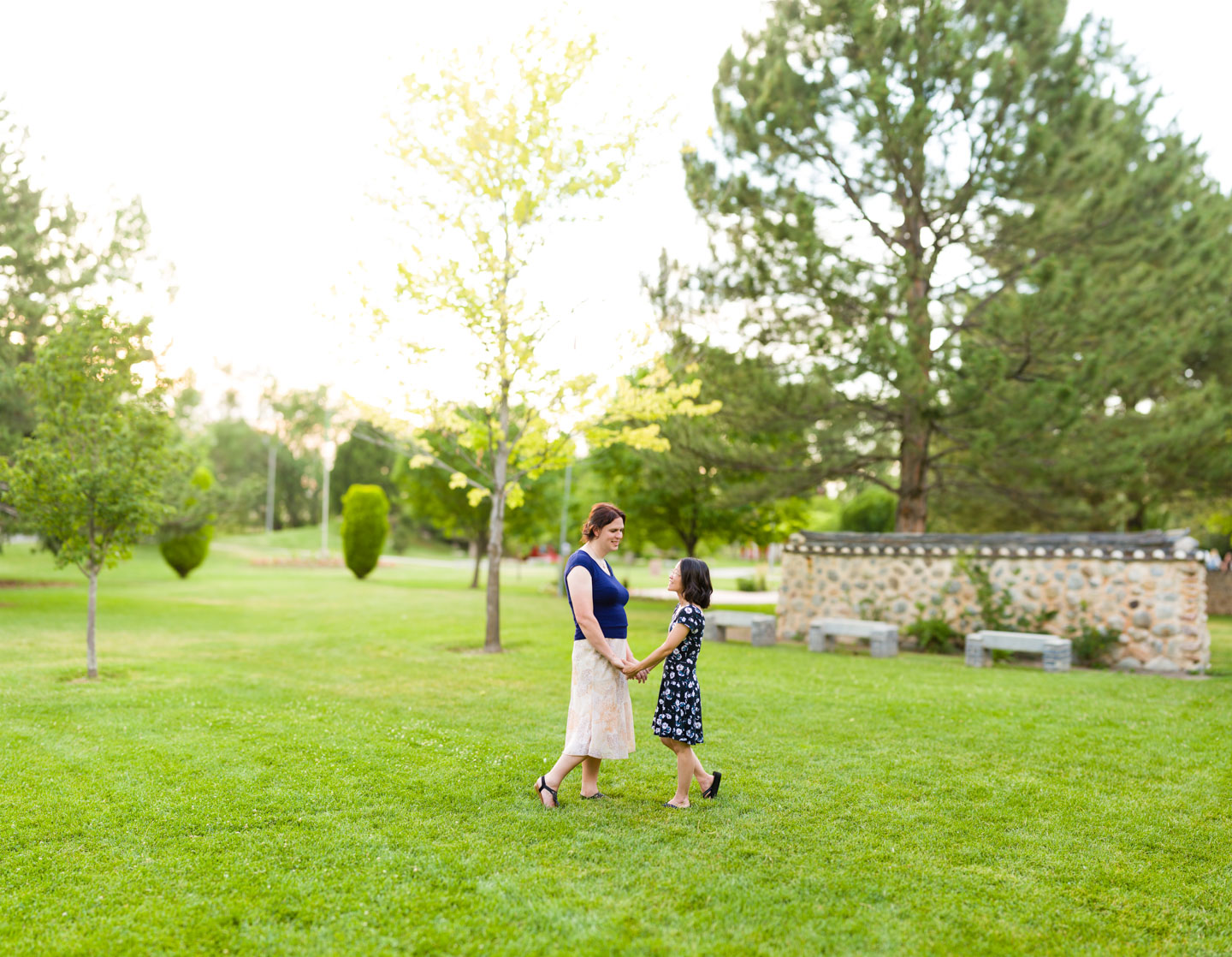 And I shouldn’t have to mention it, but I do want to be found by couples who are interested in an LGBTQ+ wedding photographer. And it is cool that Kaiya is among the first trans individuals that I have photographed her wedding and engagements. And they are a lesbian couple, photographed by a gay guy. It doesn’t get much more LGBTQ+ than that but it doesn’t define who they are. Their first date was spent talking about literature at a donut shop. They talked for hours. So they definitely are a match! In fact their wedding cake was made out of donuts. 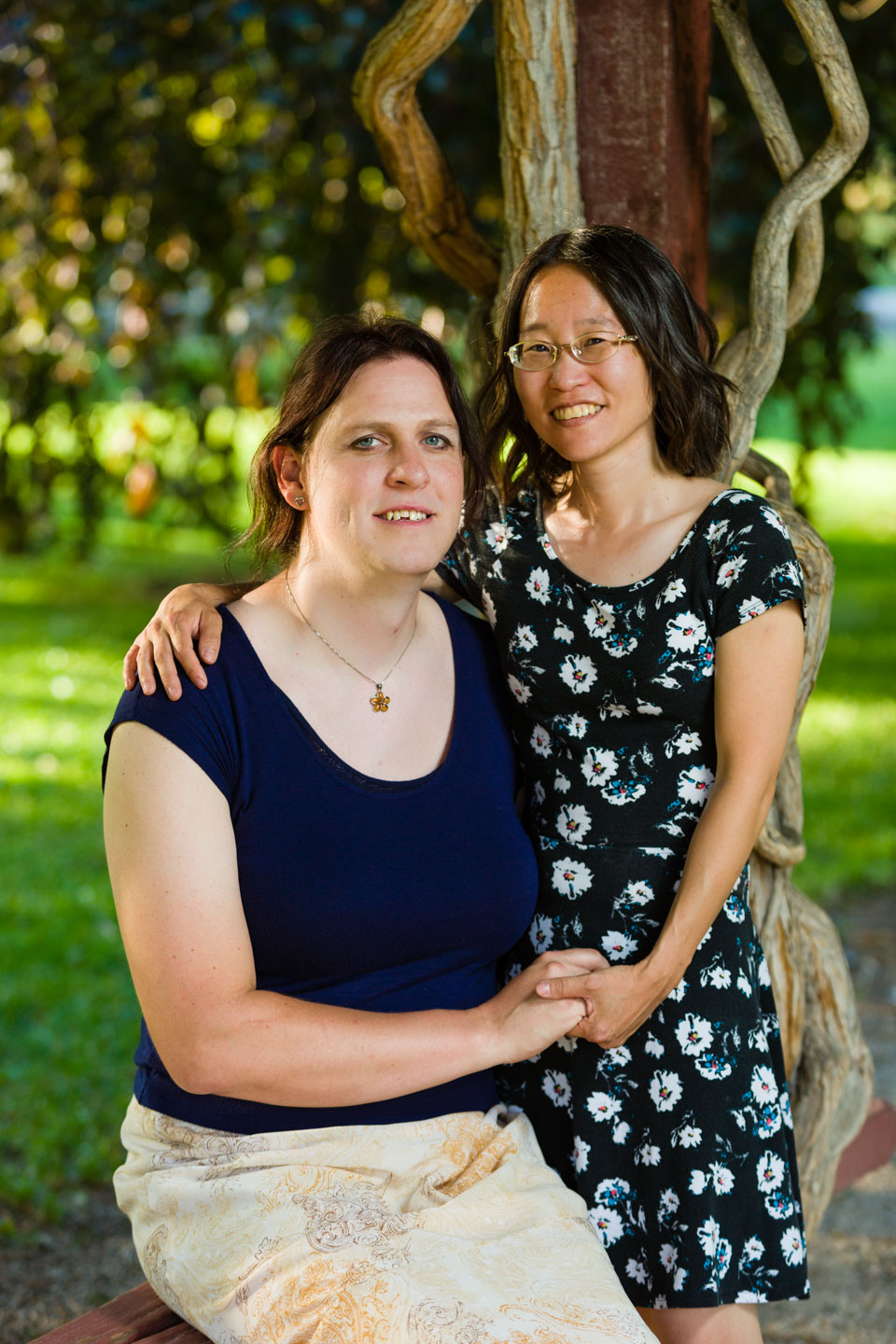 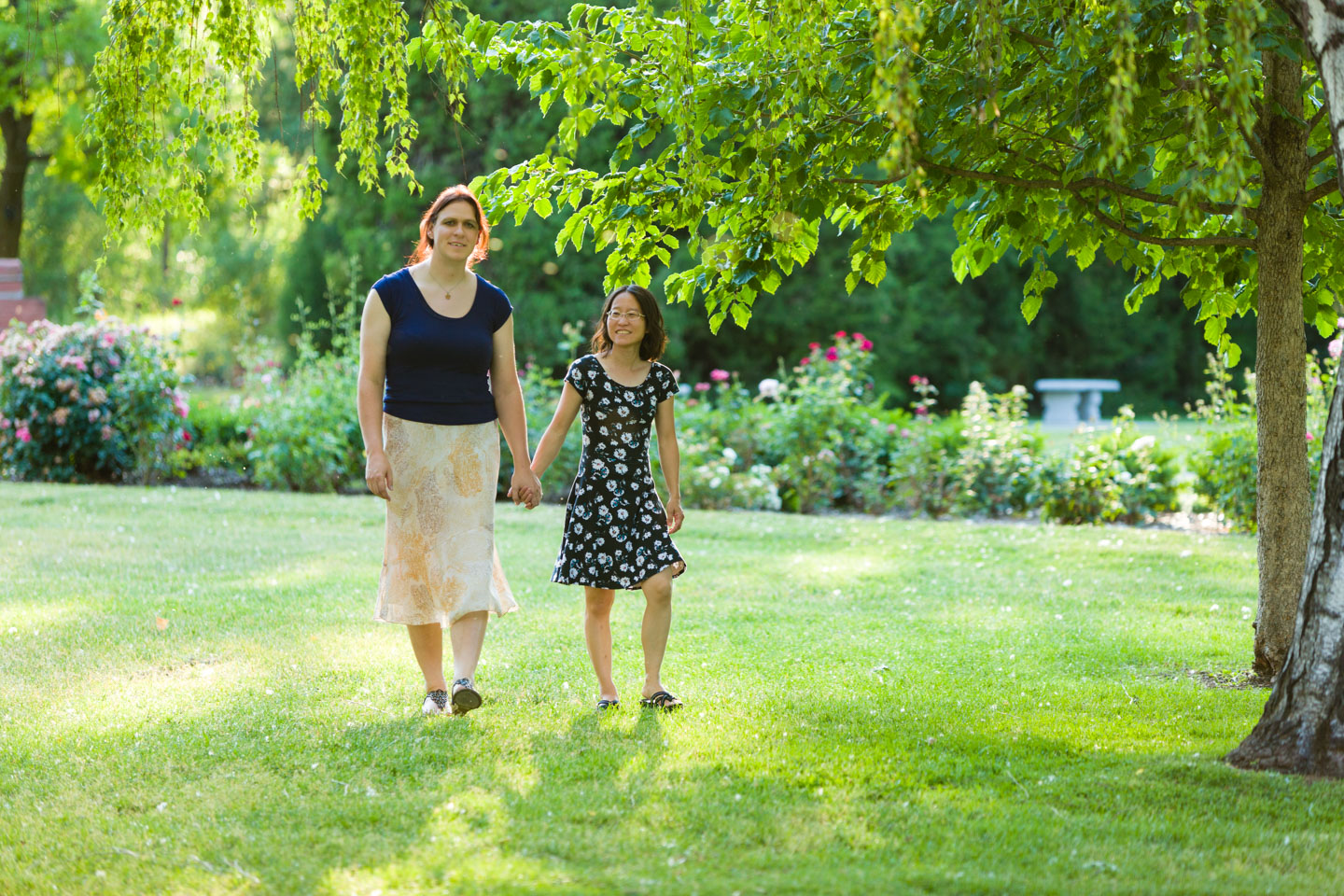 Posing engagement couples is a bit of an art. People don’t want posed photos, but they want to look natural and having fun, and sometimes that means encouraging certain interactions… which is sort of like posing. Are you lost yet? So holding hands, putting hands on the waist of your partner. The almost kiss. Putting foreheads together… these are all subtle cues to create a moment for the camera. Walking together slowly while showing some PDA is effective. We may take a 100 photos and use one. 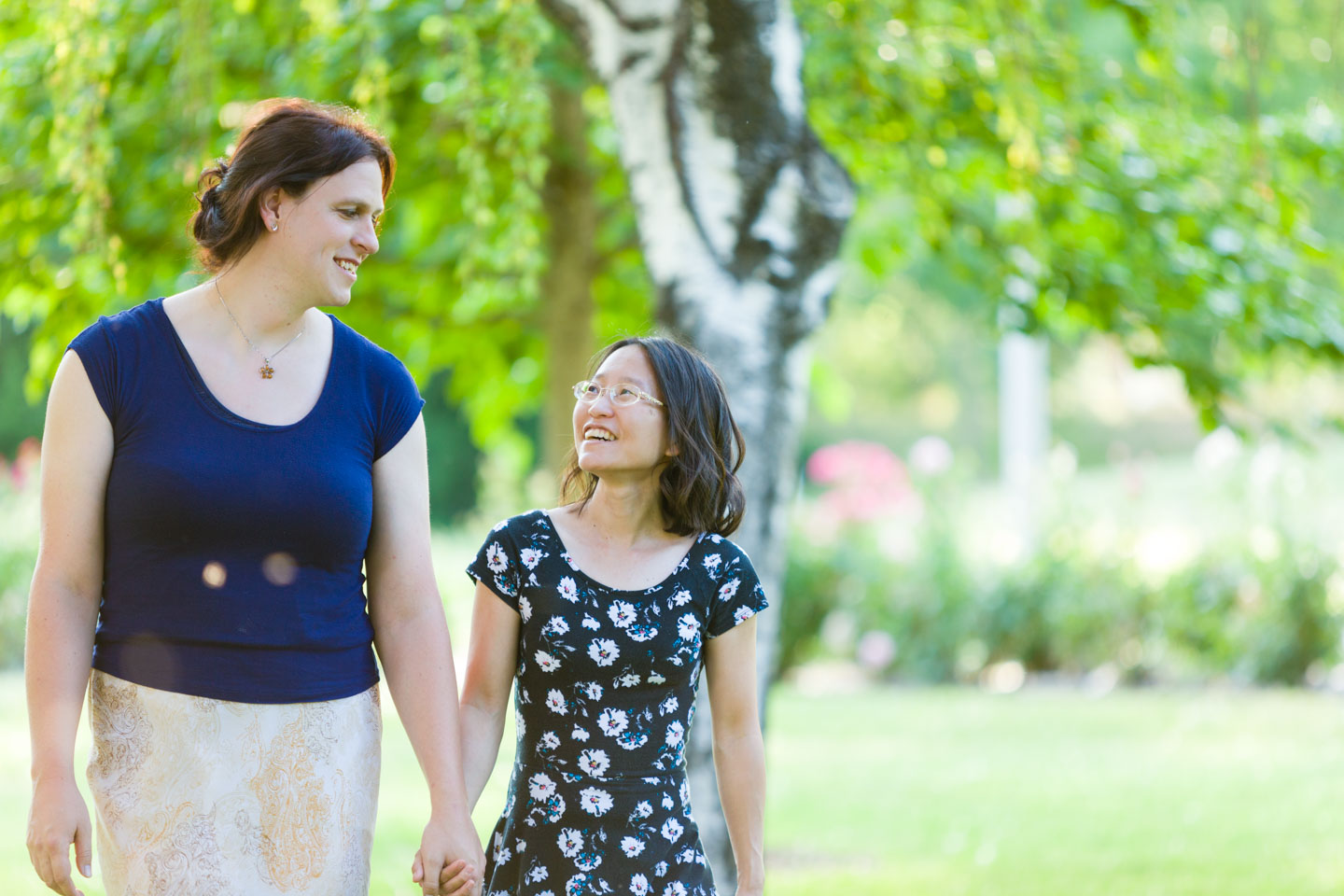 Another factor is finding great light and putting the couple in that light. Shade helps because you don’t have harsh sun creating harsh shadows. And I have my lights to help improve the lighting, if it is needed. 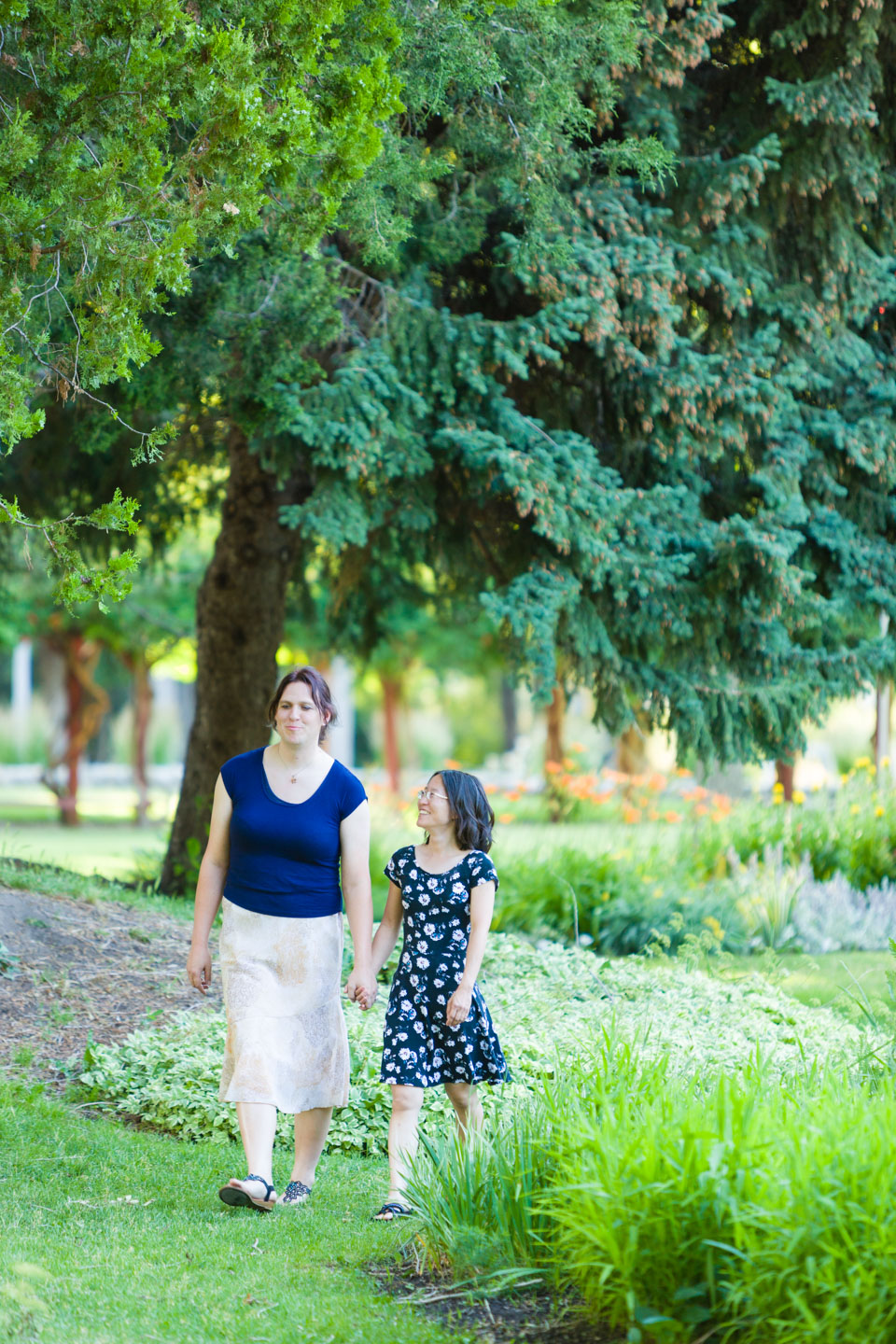 Shade can be magical 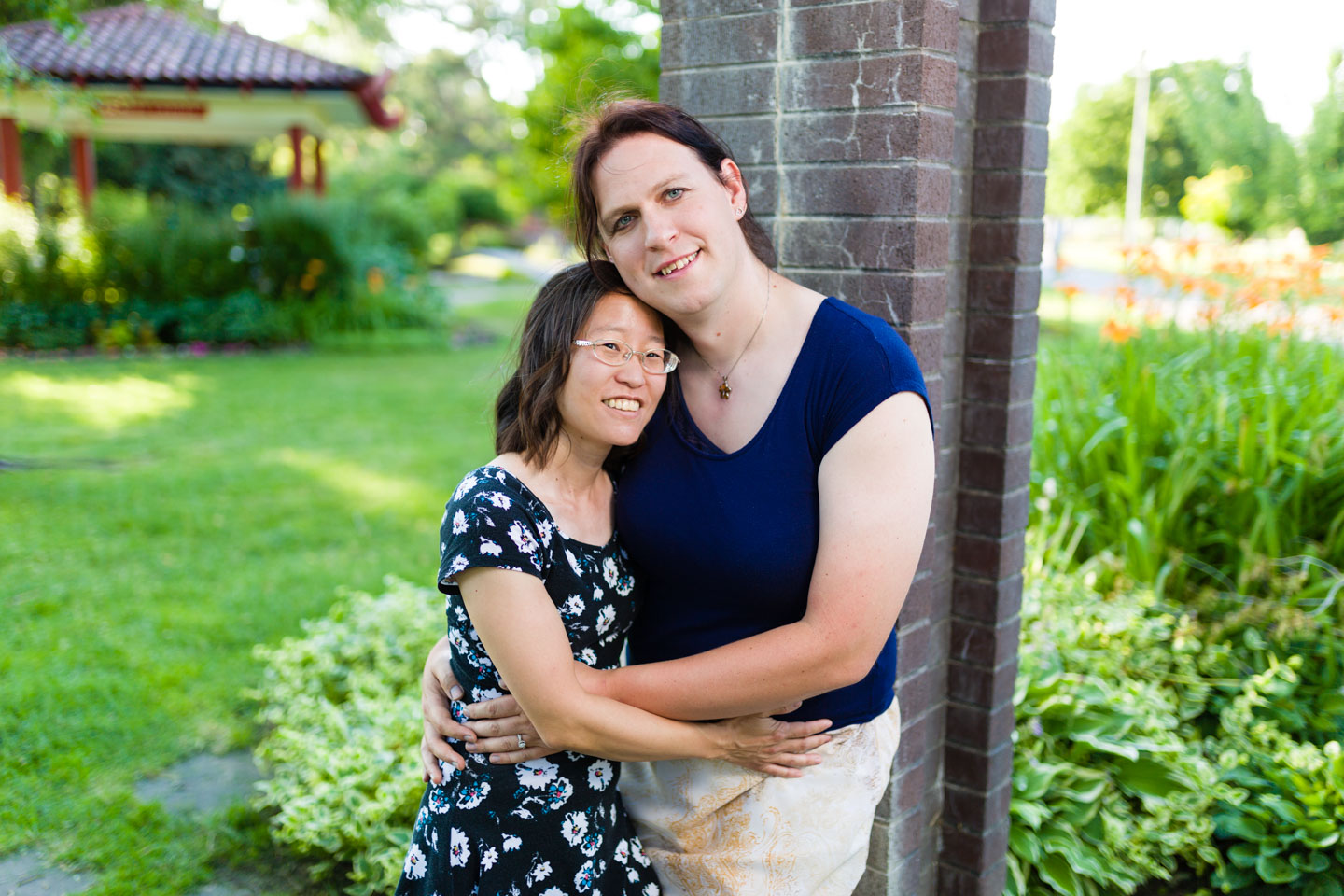 So much goes into creating a photograph. It is more than just having a nice camera, it is framing, composition, color, light, angles, and subject matter. Although, an expensive lens does help a lot. That’s how you get the magical blurry backgrounds. 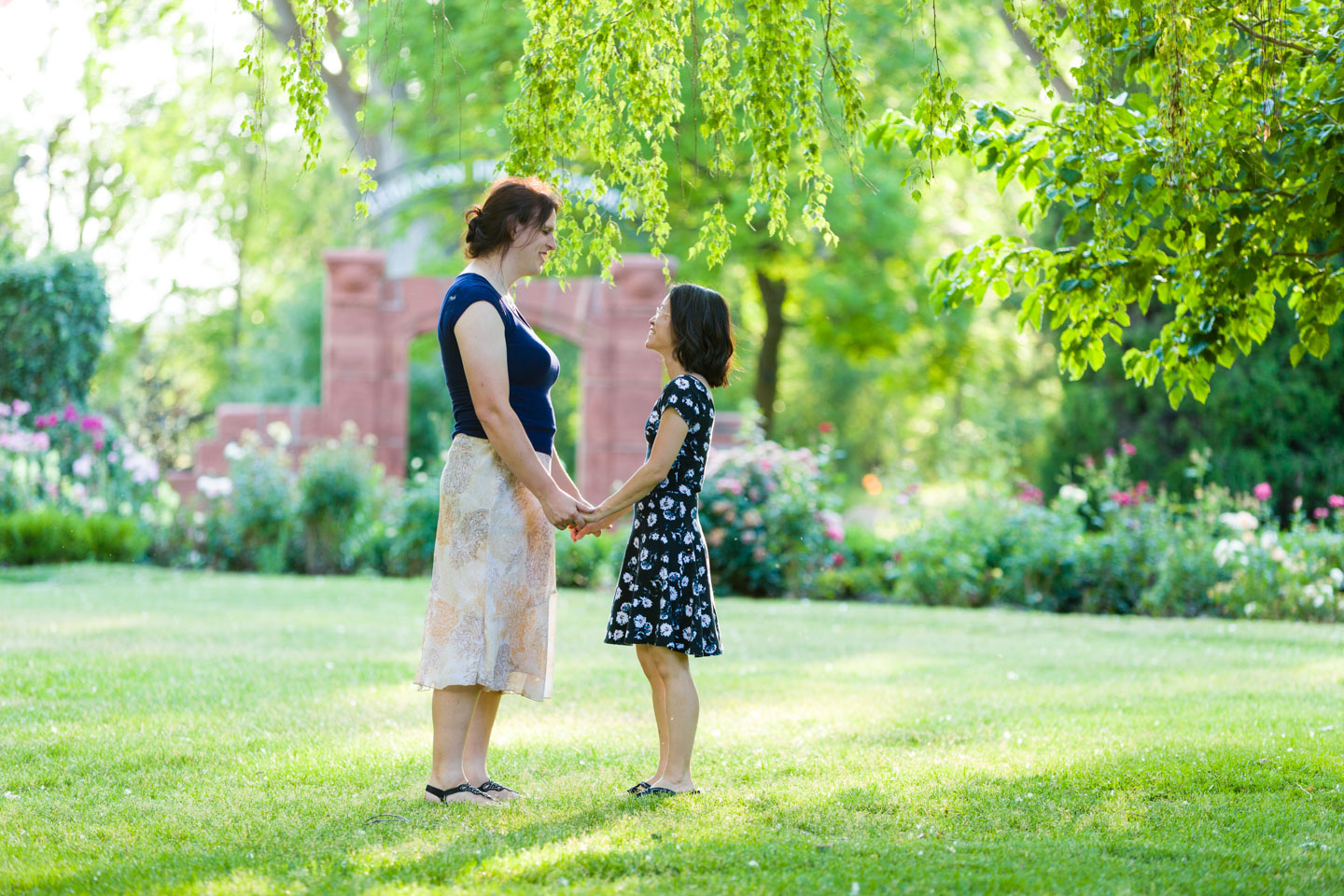 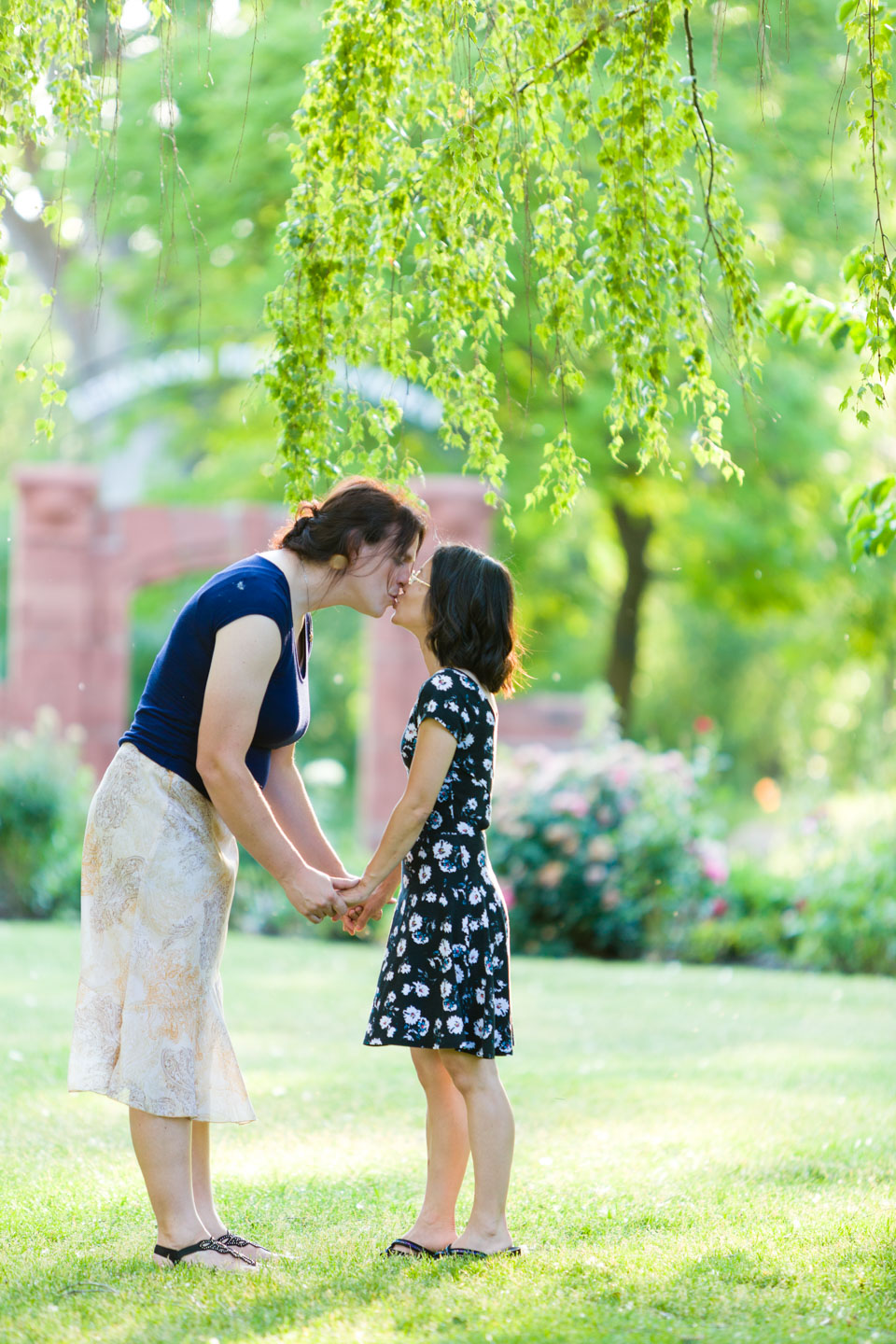 Get the couple interacting 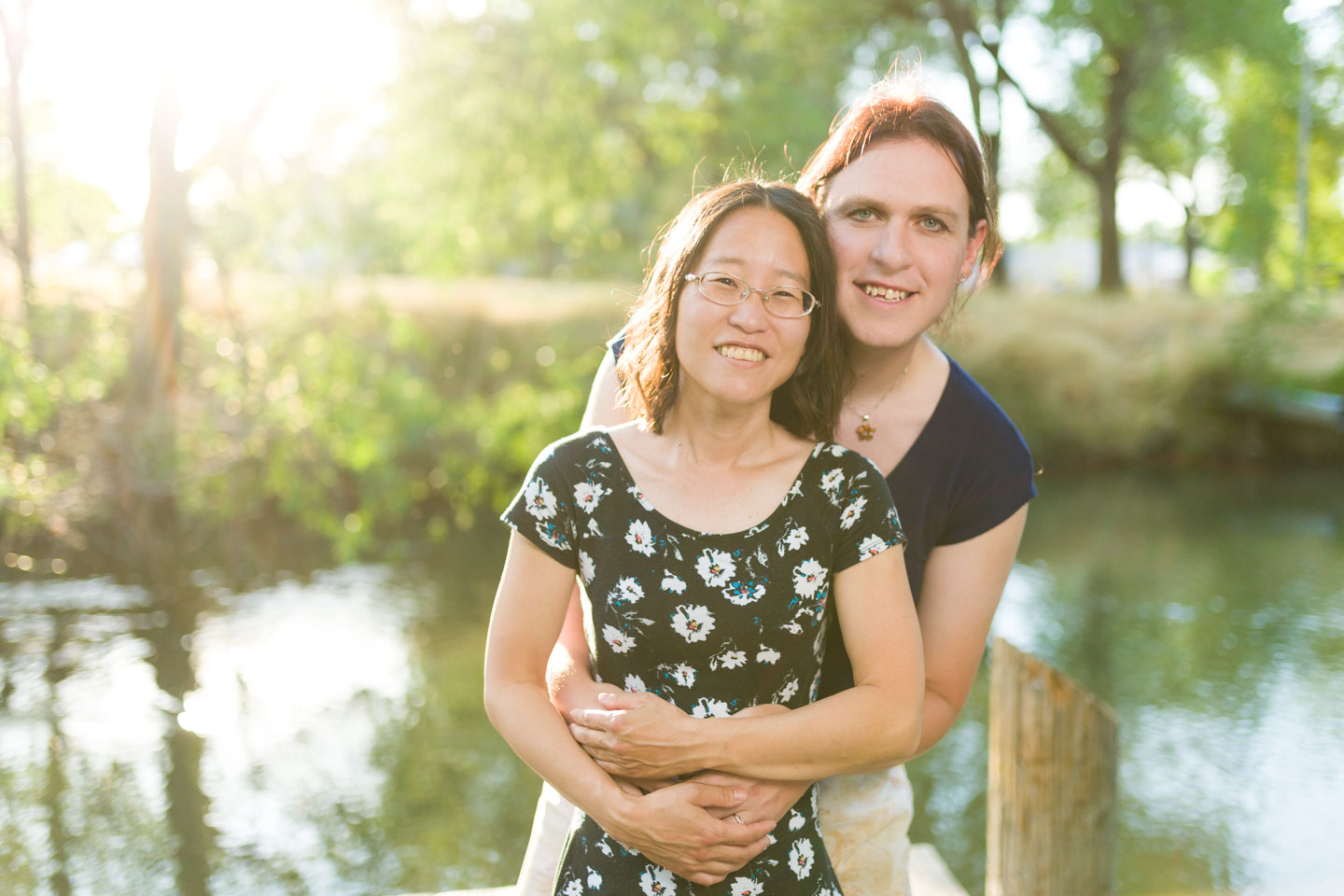 And there is a little bit of height difference between Kaiya and Karolyn. That happens with many couples. And there are some subtle tricks we can do to even out the height. Finding natural steps is a great secret. 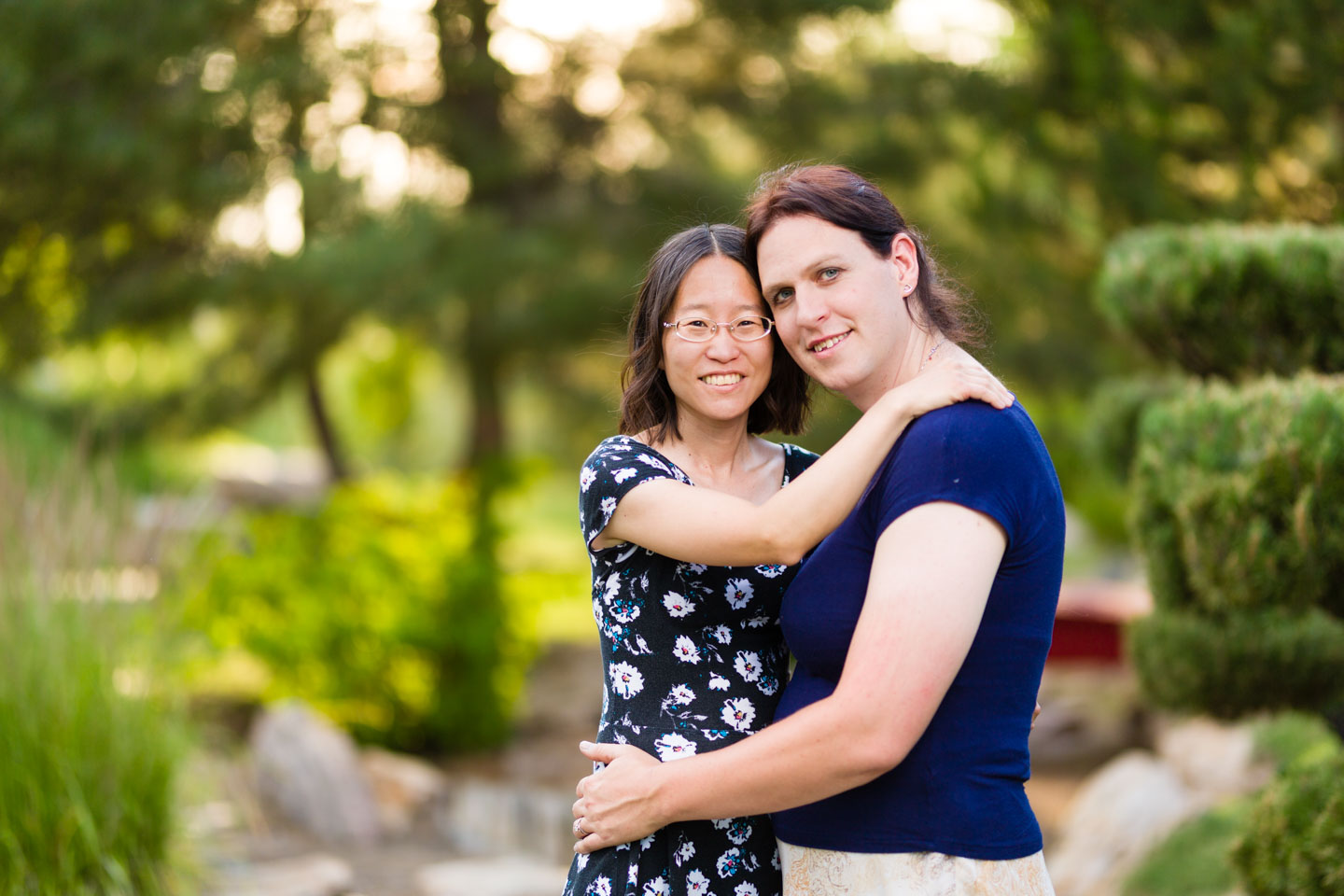 Using the location to work with height differences

And the following light is an example of the golden light that shows up before sunset. It is very magical and doesn’t need much improvement. 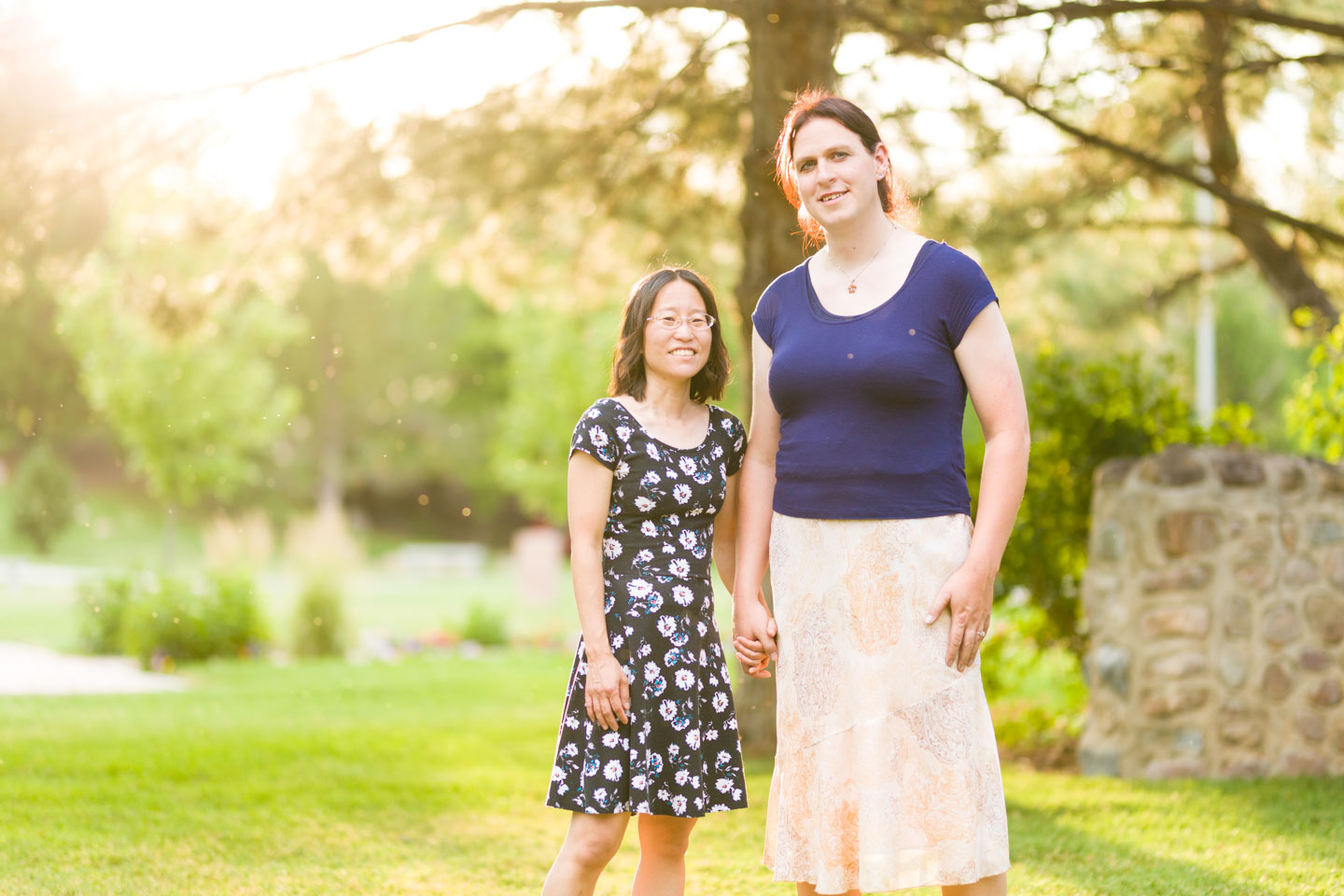 Golden light during the engagement session 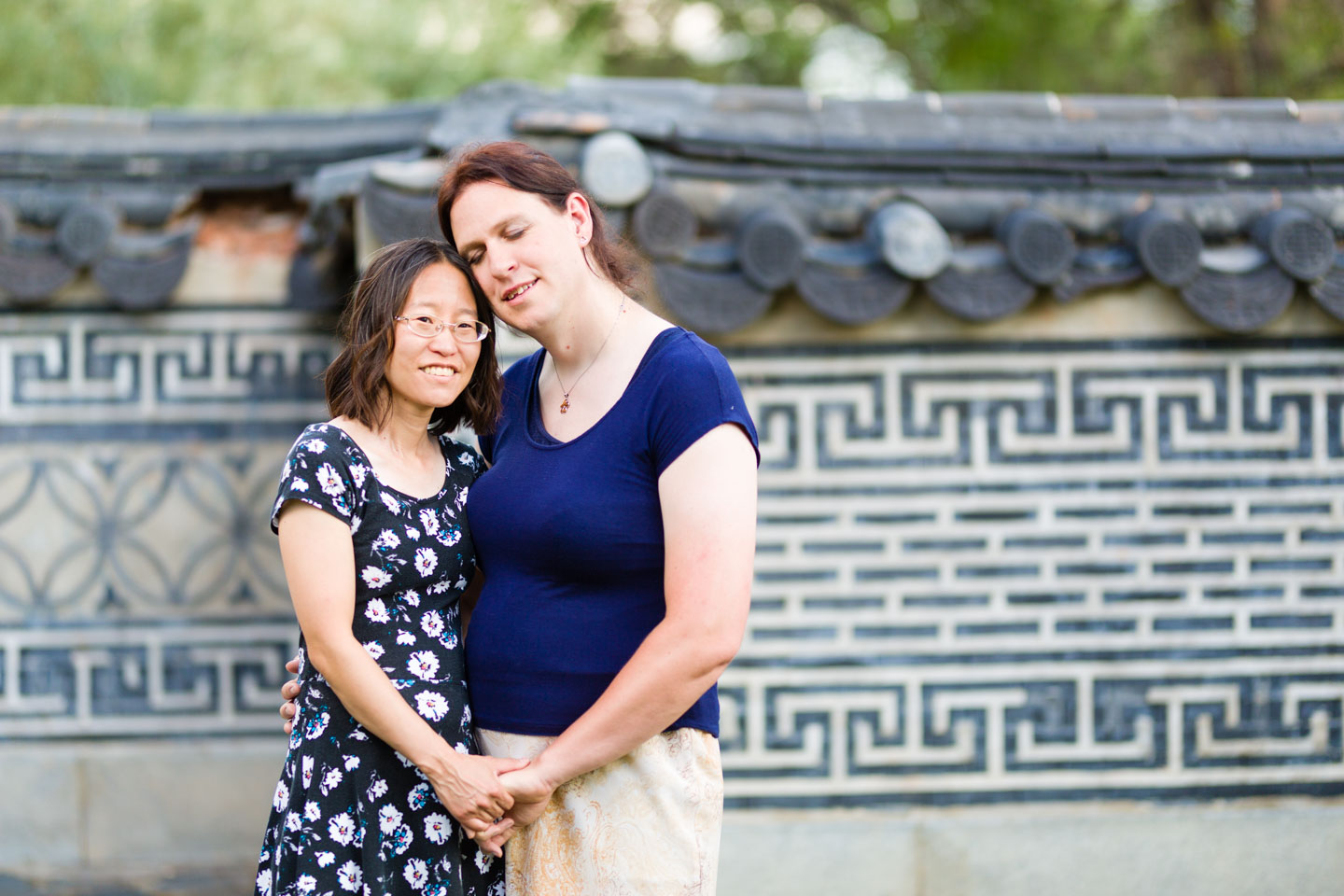 So many textures for engagement sessions 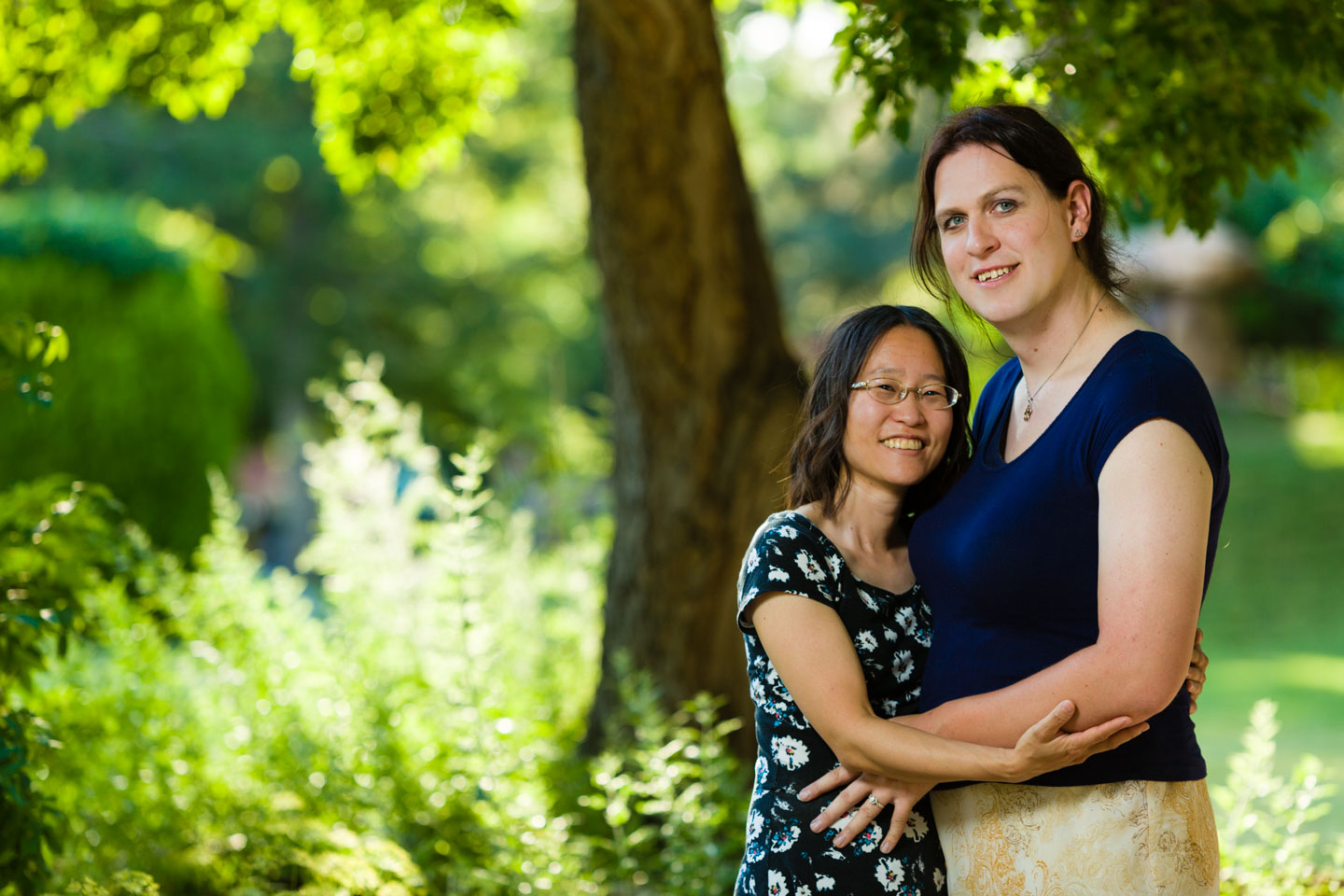 Candid Moments of Jodi’s Reunion with Her Birth Father. Thanks Ancestry!

[…] am finally posting photos from Carolyn & Kaiya’s summer wedding! You can see their engagement session here. The wedding was a backyard wedding in Salt Lake City. It had a Hawai’ian theme and a donut […]