Top Posts
Delicate Arch & the Milky Way Galaxy
Family Photo Session in Memory Grove with the...
A Surprising Location for a Portrait
Leasey Family Portraits in Studio
A Before & After from Photoshop Retouching
An Orem Wedding in the Time of COVID-19
Maya’s Fashion Portraits on the Bonneville Salt Flats
Dave & Doug’s Family Photo Shoot in Big...
Children Photo Shoot in Big Springs Park in...
Autumn Portrait Season is Around the Corner
Home Sports Photography BYU vs Cal for Rugby Varsity Cup Championship Game
Sports Photography

I was in the stands for the BYU vs Cal Varsity Cup. It is the national championship for Rugby and BYU has won 4 years straight, woo hoo! I brought along a small camera with a zoom lens to take a few photographs. Sure it would be fun to be on the sidelines with the big gear but it is fun to be a fan and see what I can do from the stands.

Pregame Ceremony for the Varsity Cup

BYU hasn’t played too many home games this season. So it was nice that the championship game was played at Rio Tinto stadium in Sandy, Utah. I’ve been watching BYU Rugby for the last two seasons and I am still learning the rules. You can see where football got its start and found inspiration. Rugby is very similar but there are no pads and no forward passes. 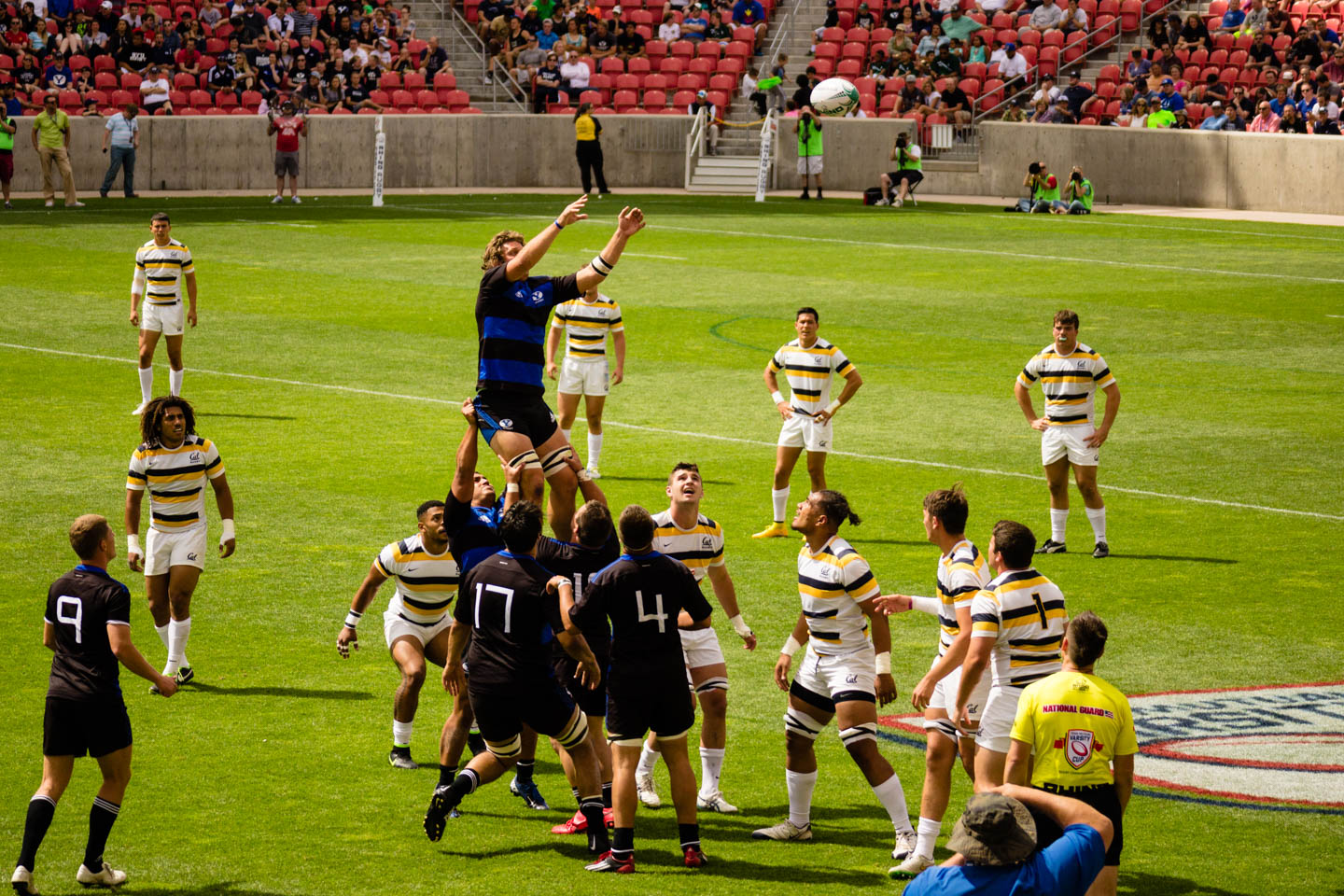 BYU throws the ball in bounds

Maybe next year I’ll try and bring my big camera with an even bigger lens. Sports photography is pretty fun. 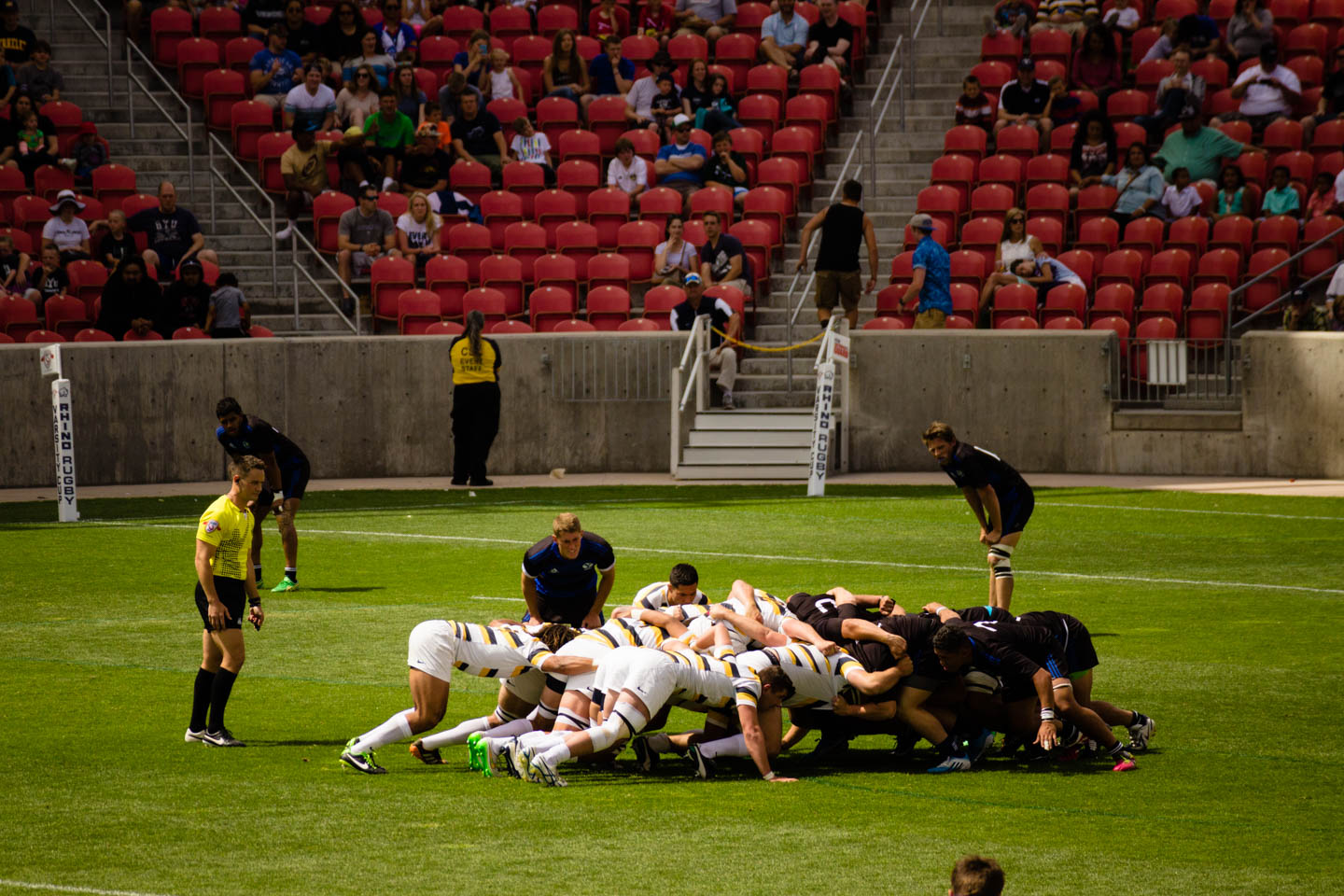 BYU vs Cal in a scrum

Rugby is a pretty brutal game. This game was pretty exciting. BYU got out to a big lead and lead the whole game, however, Cal was making a comeback in the second half. It became a battle of the clock and nerves were on edge. 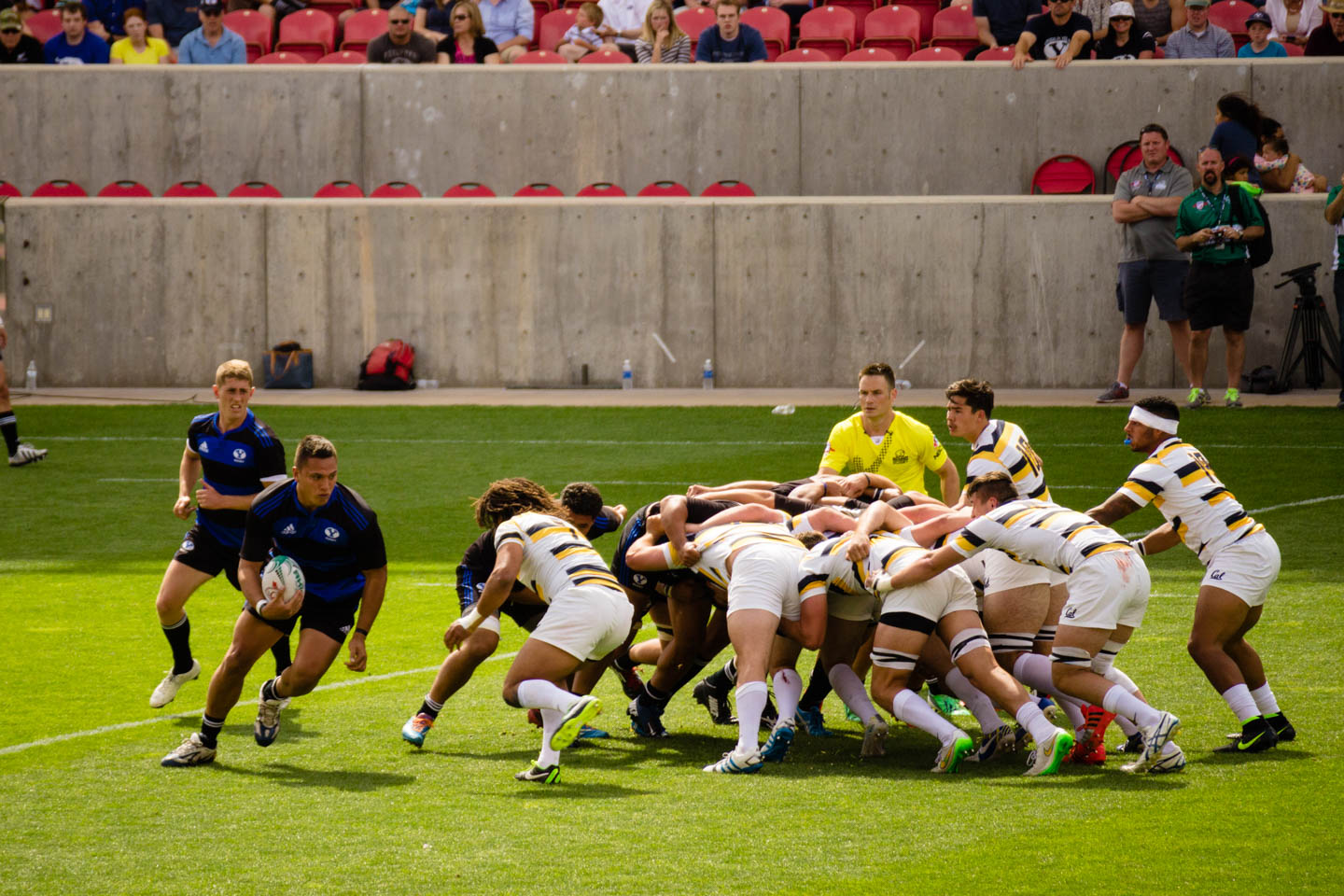 BYU runs the ball after a scrum

And I learned after the game that you should not cheer during a kick. Sorry! I cheered when I shouldn’t. 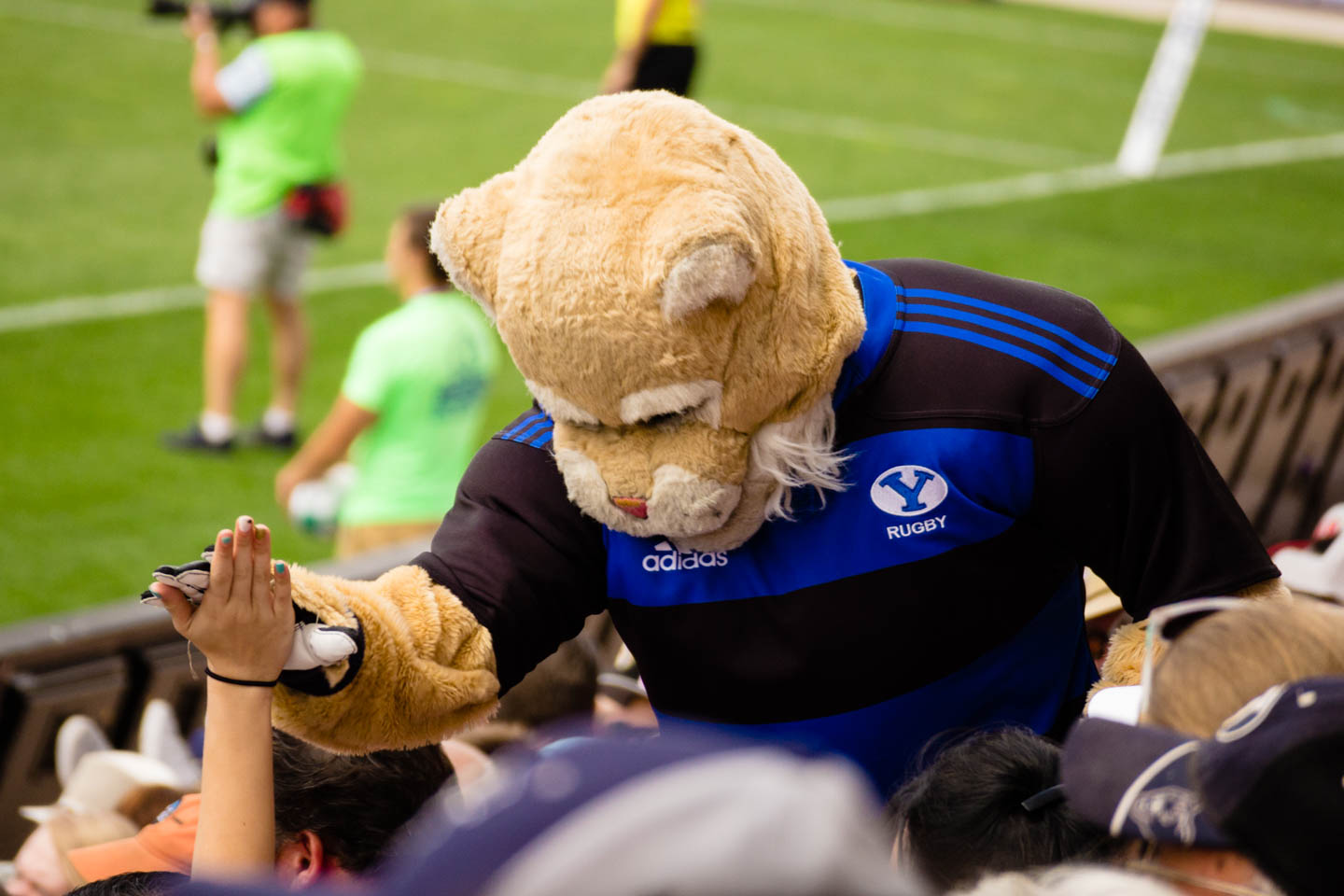 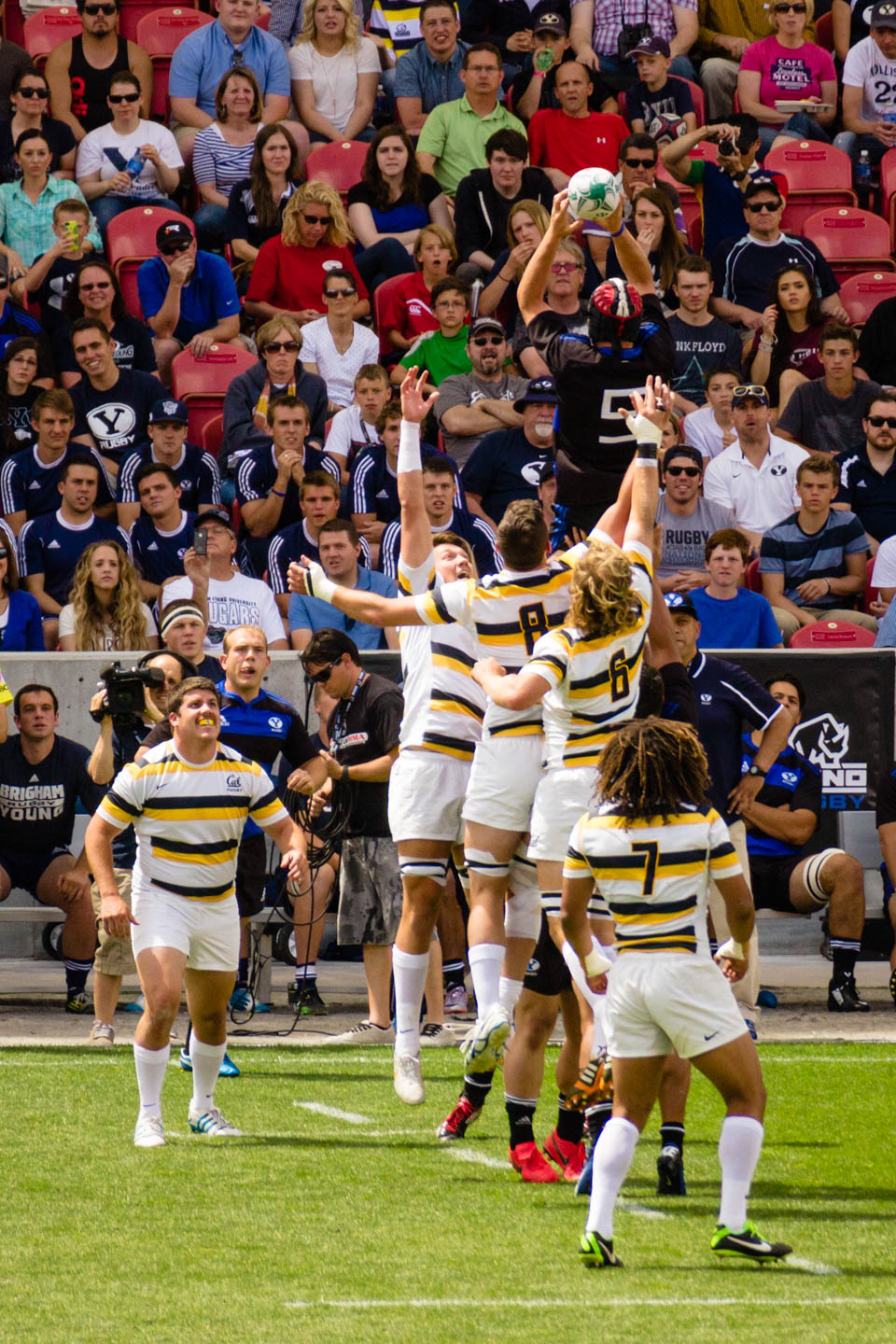 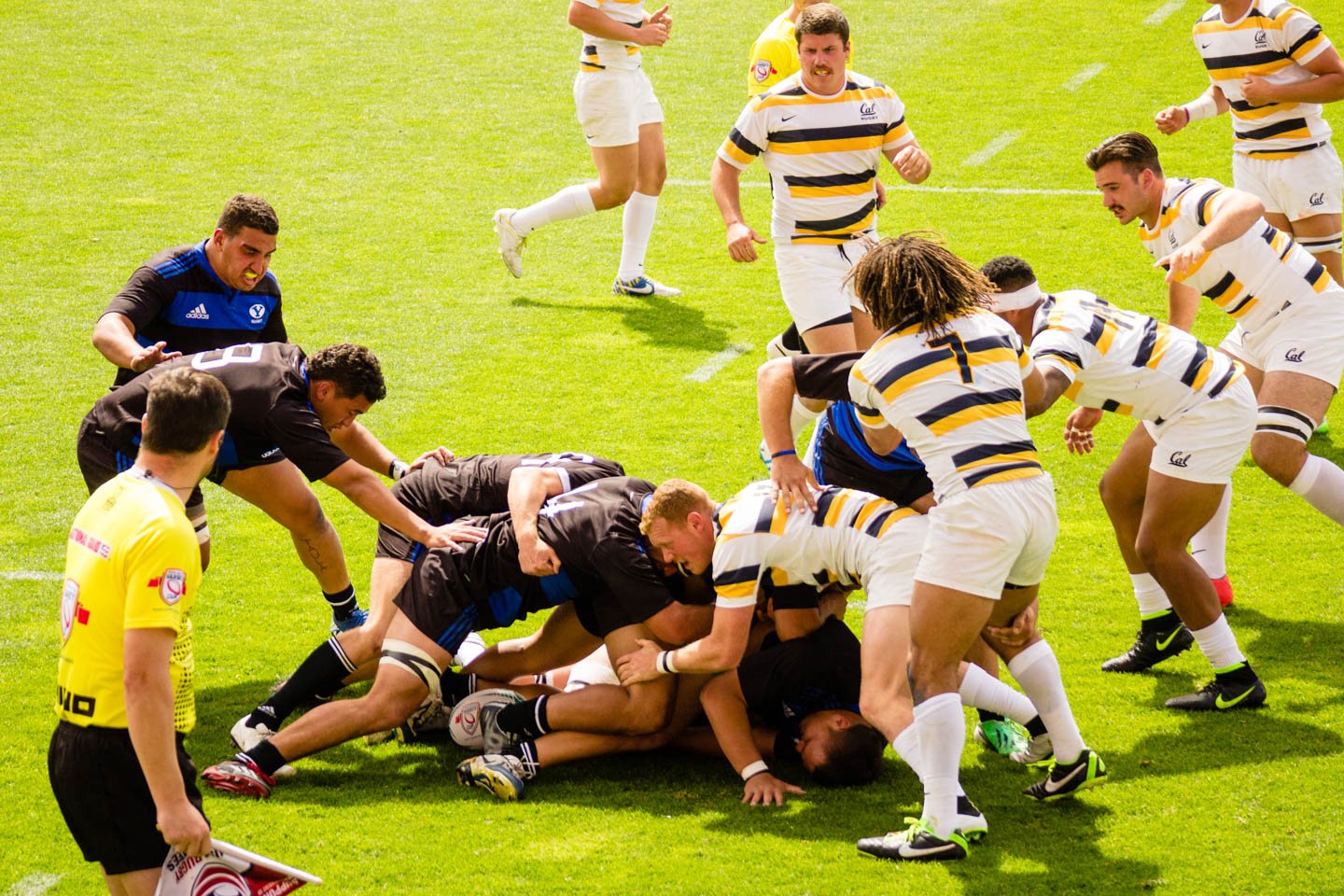 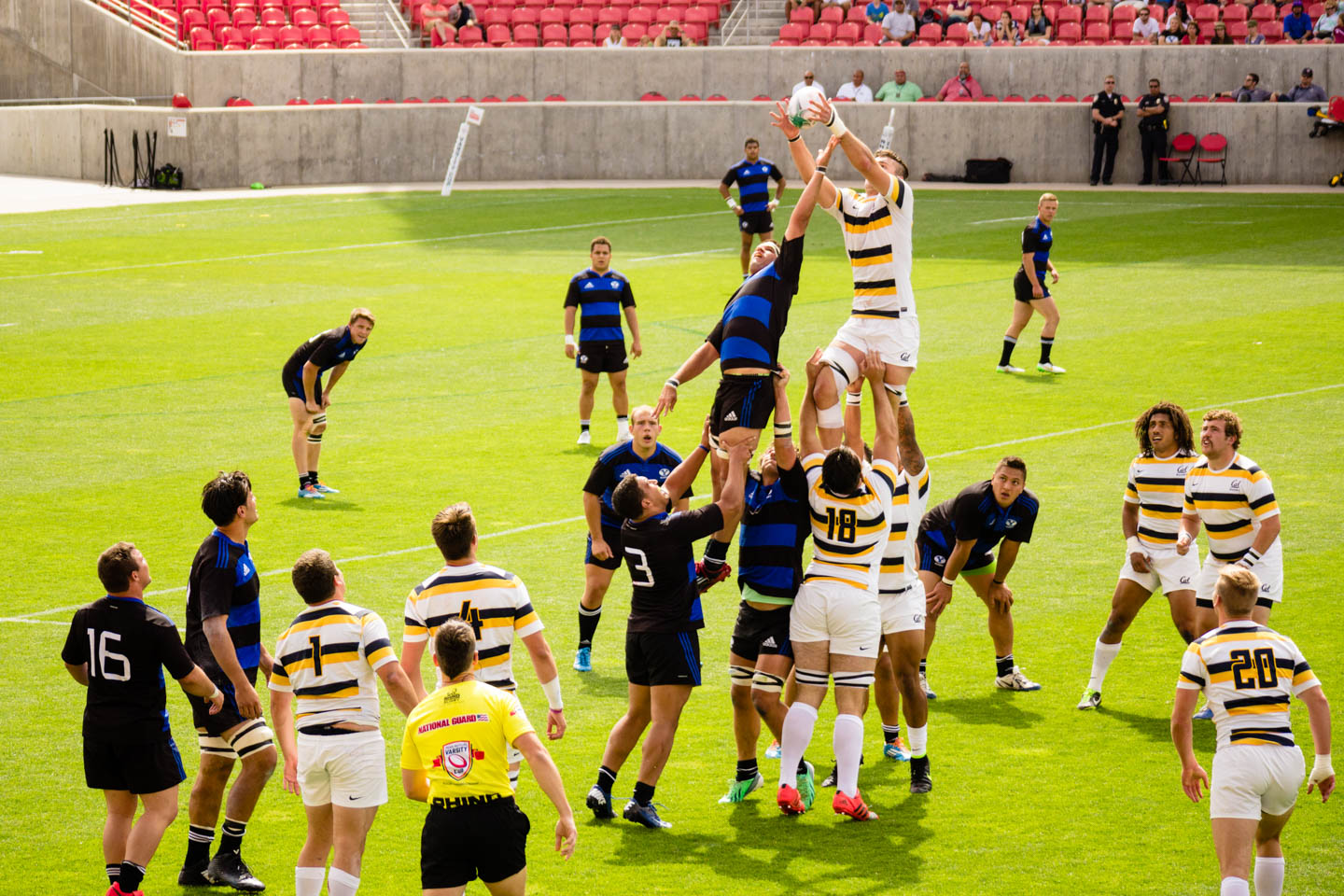 Rugby players battle for the ball 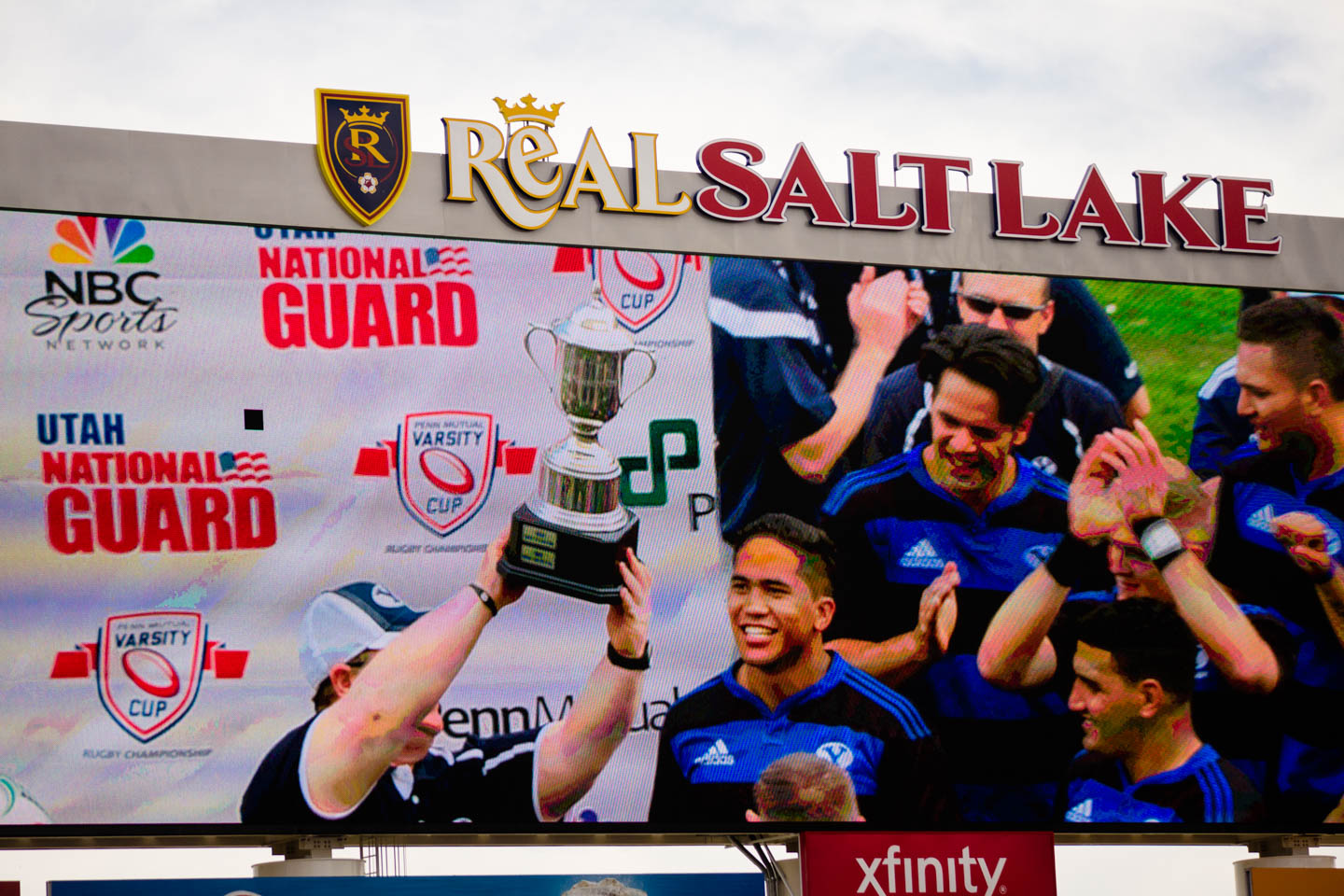