An Evening at Hogle Zoo with a Super Long Lens

Some nights it is just fun to dust off the camera and lens and wander a zoo. Hogle Zoo hosted a Zoo Brew recently, and it lets adults enjoying adult beverages wander around looking at wild animals in cages. It sounds just like New York’s hottest new club, Yap! 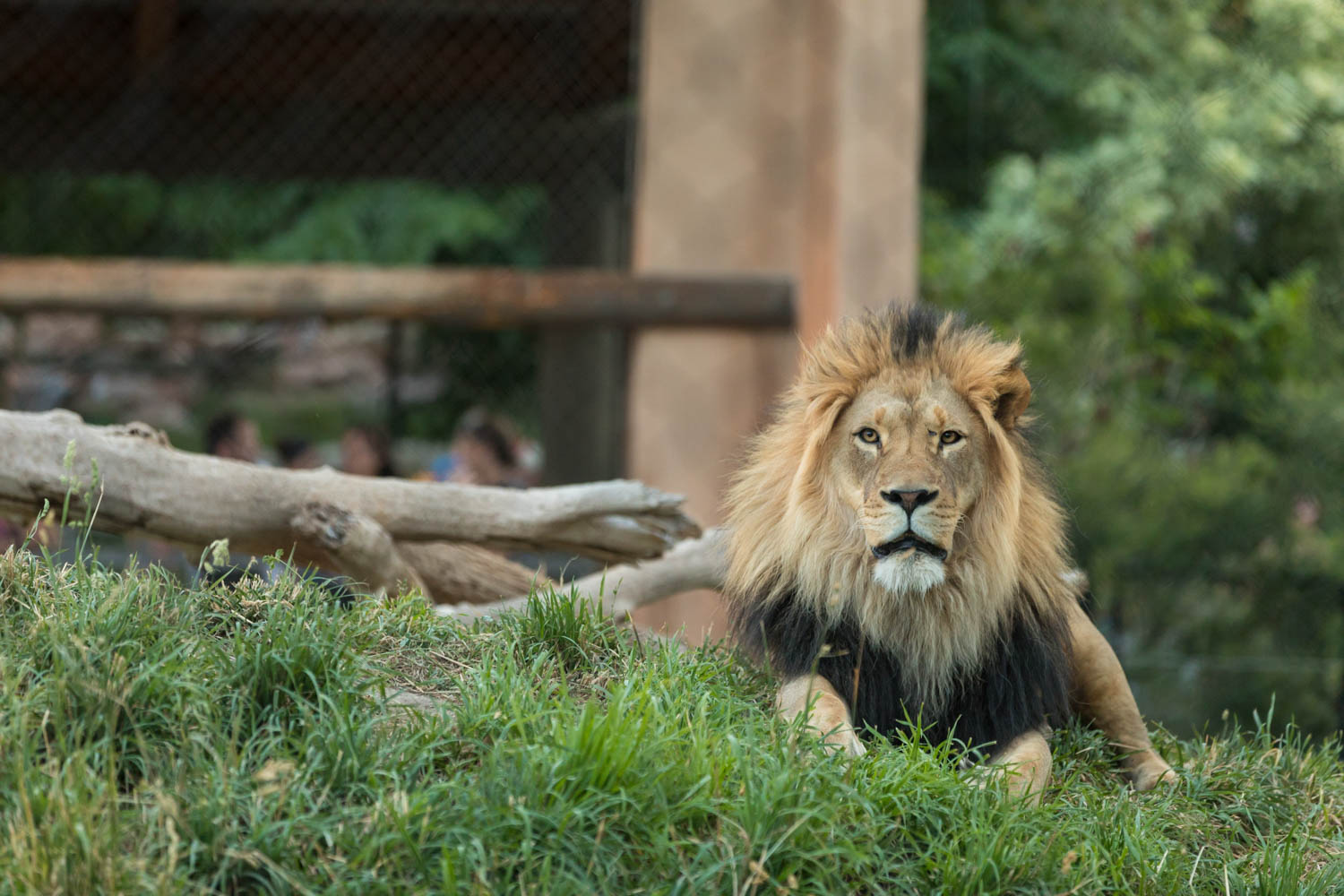 A lion is bored

Although I don’t drink anymore, I do have a fun camera setup and I brought along a lens extender that I bought for the recent solar eclipse. I don’t get to use the extender much, so this was fun! 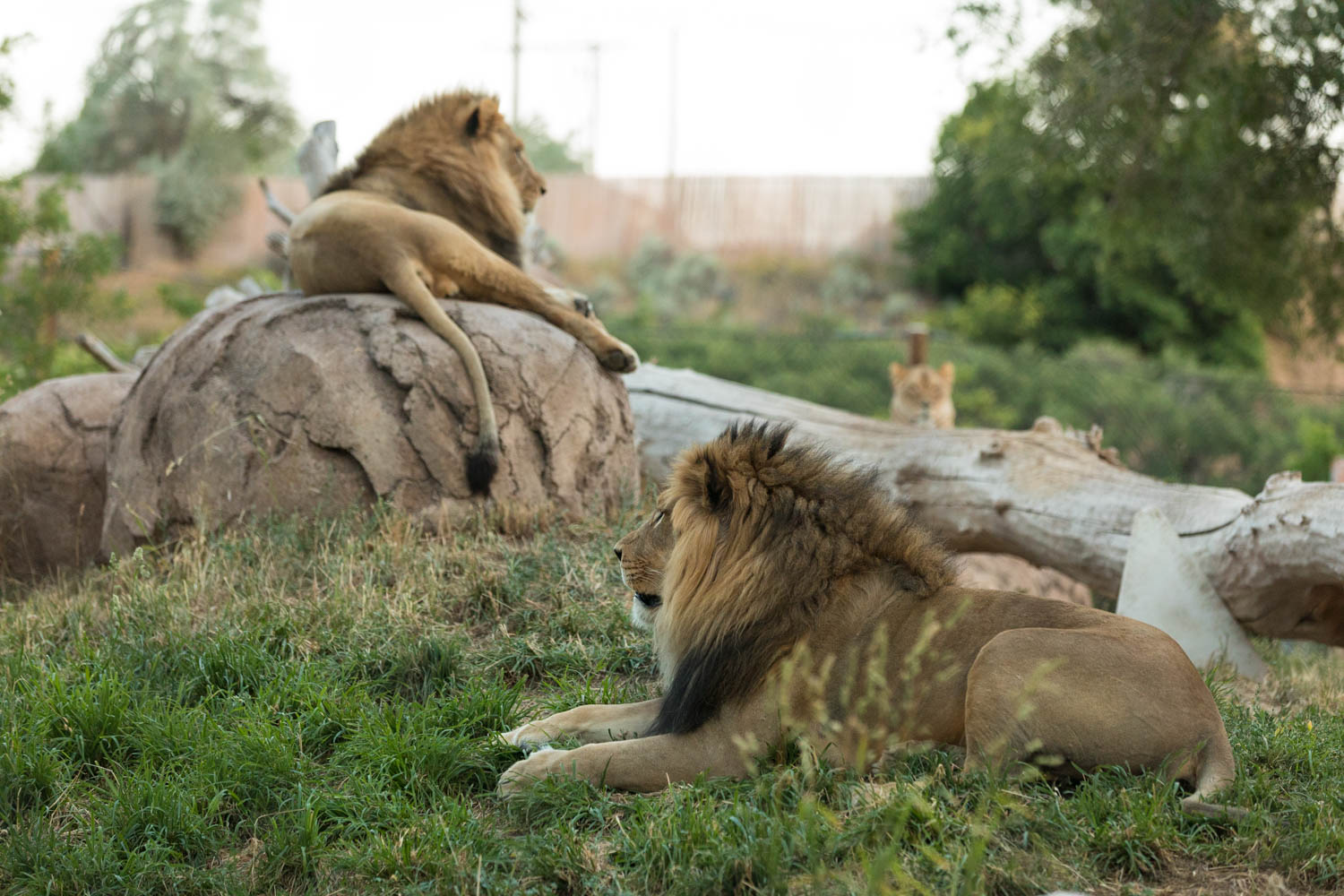 And this visit to the zoo was a chance to see African wildlife, which I didn’t see on my recent trip to Africa. There is a huge difference between animals in the wild and animals in pens and cages. 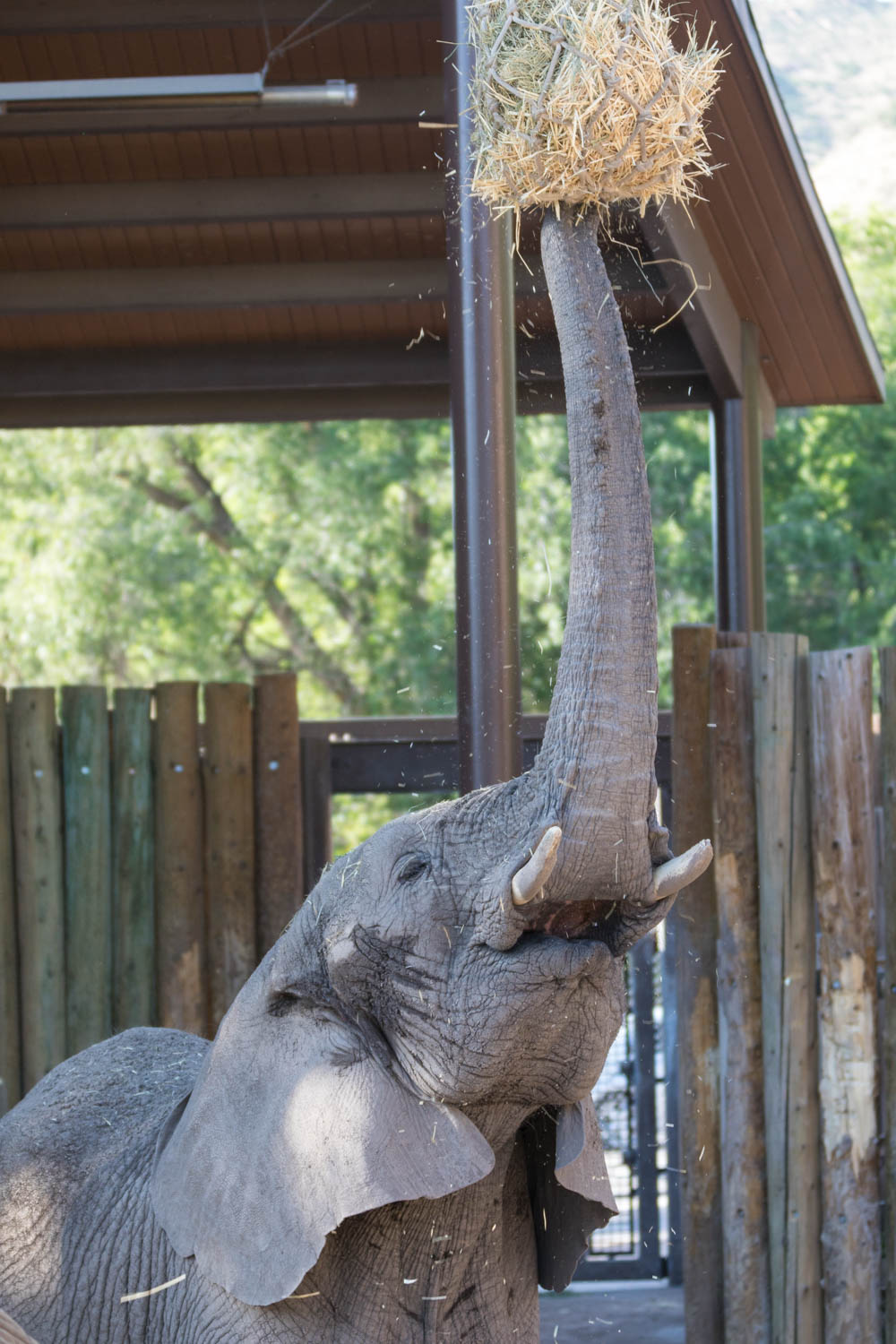 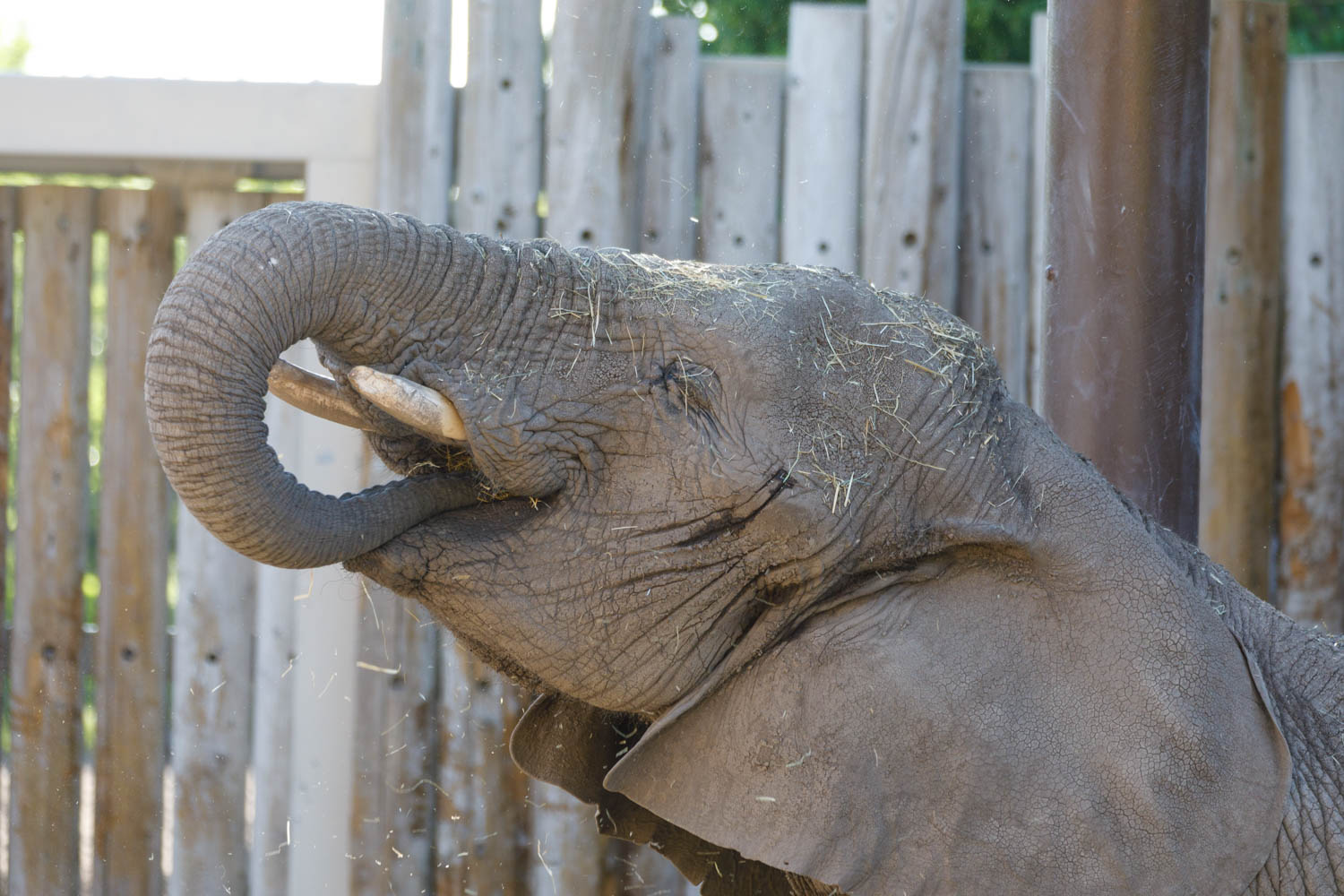 I don’t create black and white photography very often. I am a big fan of color and beautifully saturated images… that is how I see the world. However, sometimes a photograph is just asking for black and white. A Rhino is 90% there anyway. 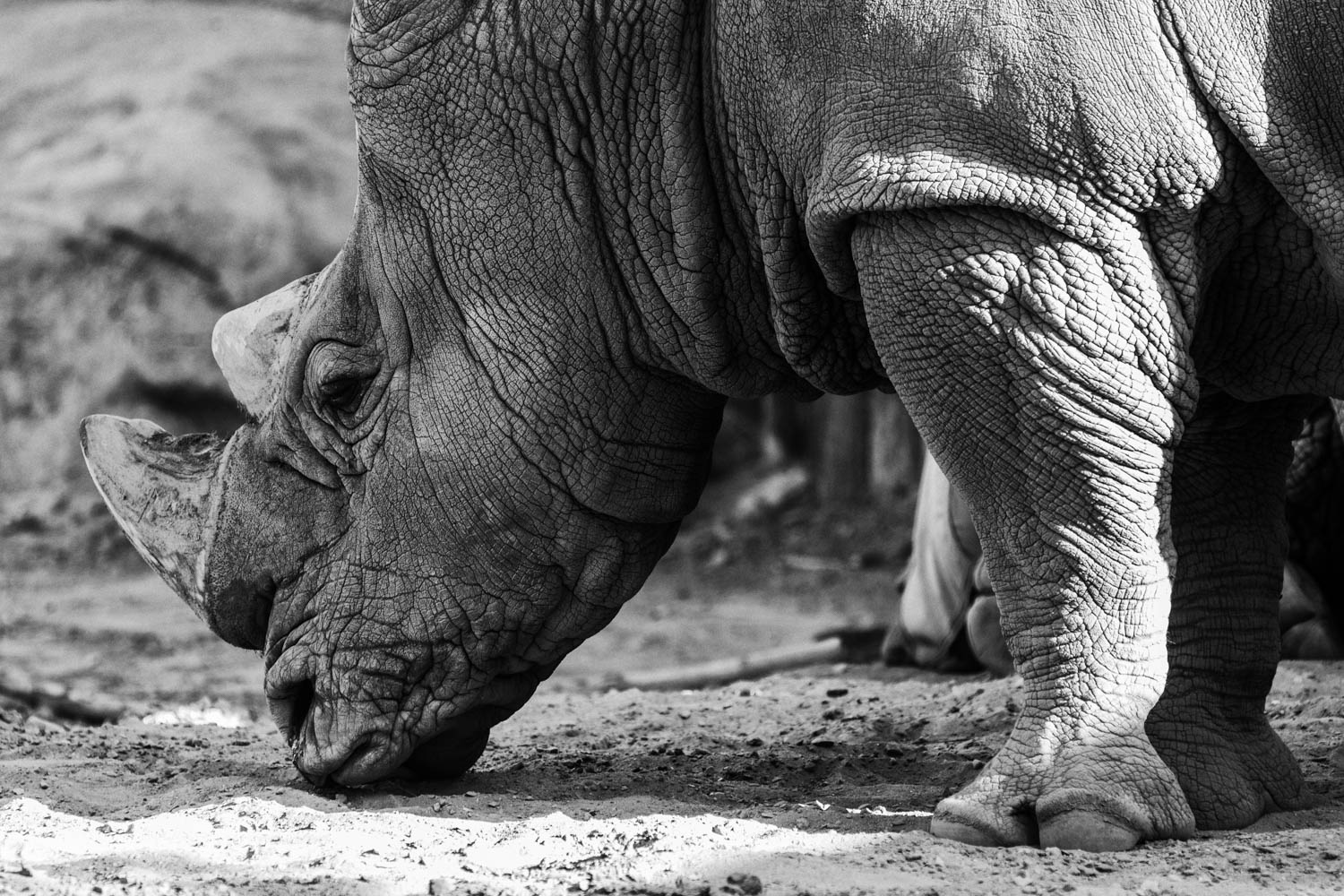 Rhino in black and white 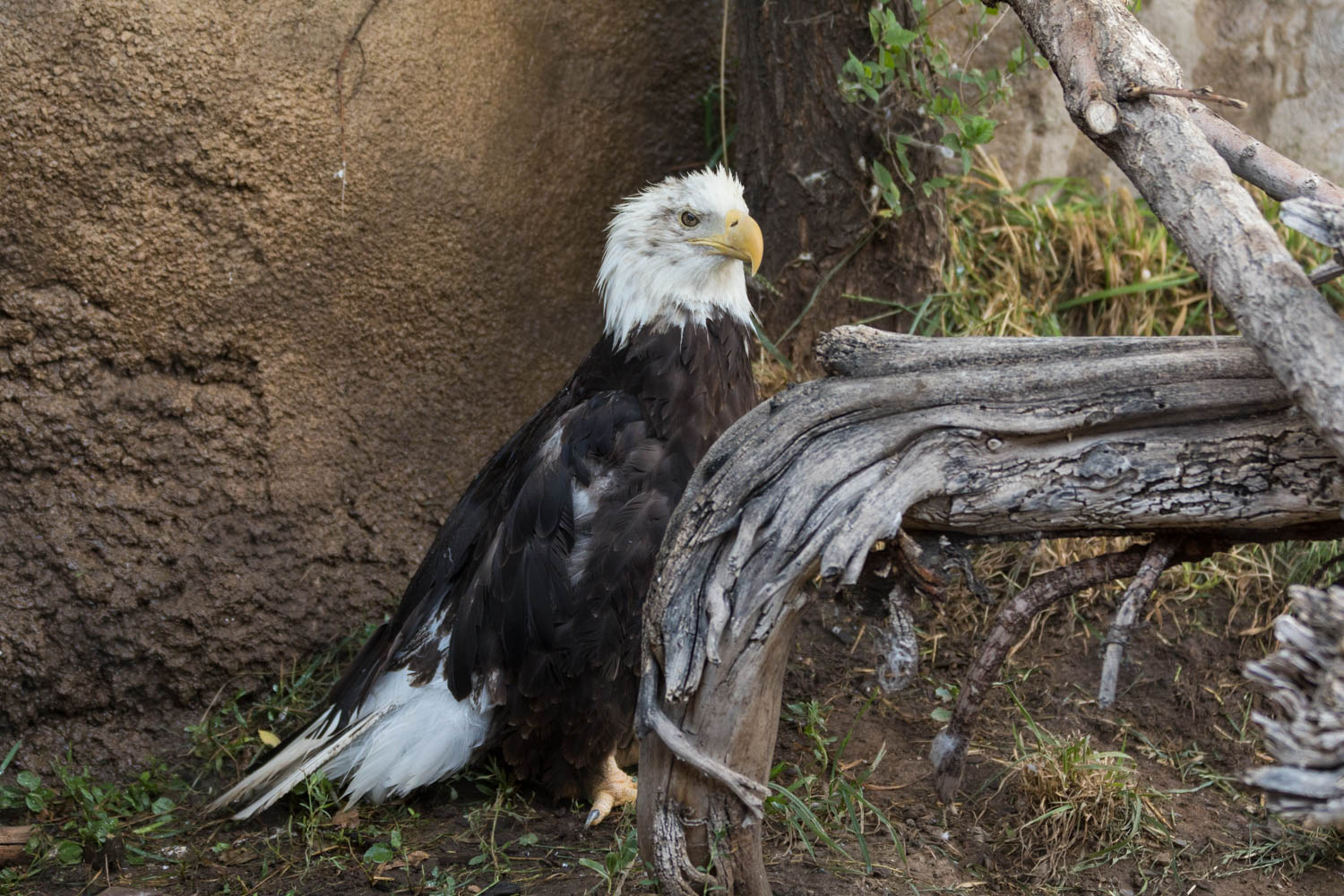 A bald eagle hides behind a branch

I love this photograph of a tiger sitting outside the door. It just looks like a family wakes up one day to find a tiger waiting outside for some food, or to devour grandma. Maybe it is the sequel to Goldilocks. 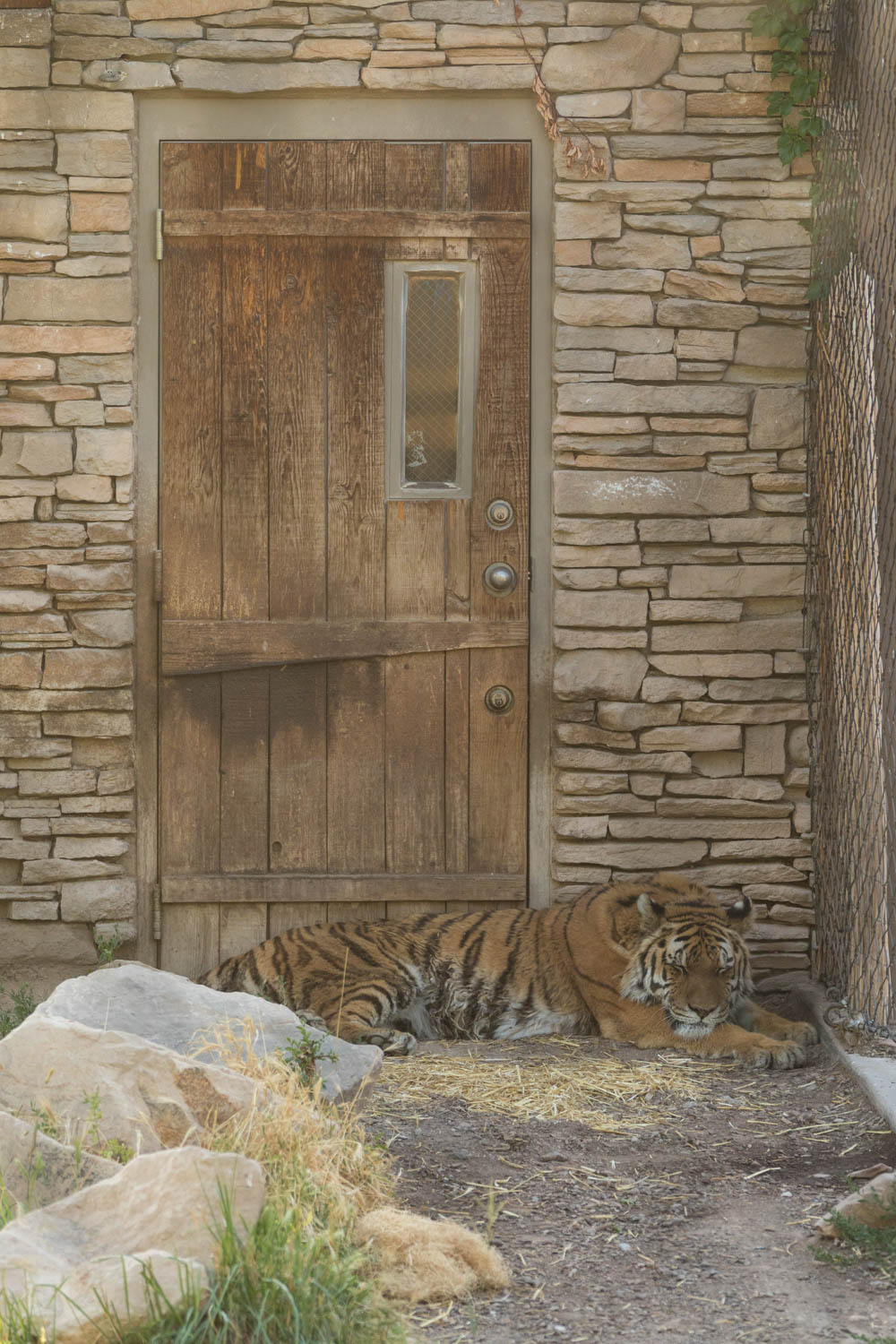 Mommy, can I play with the kitty outside the door? 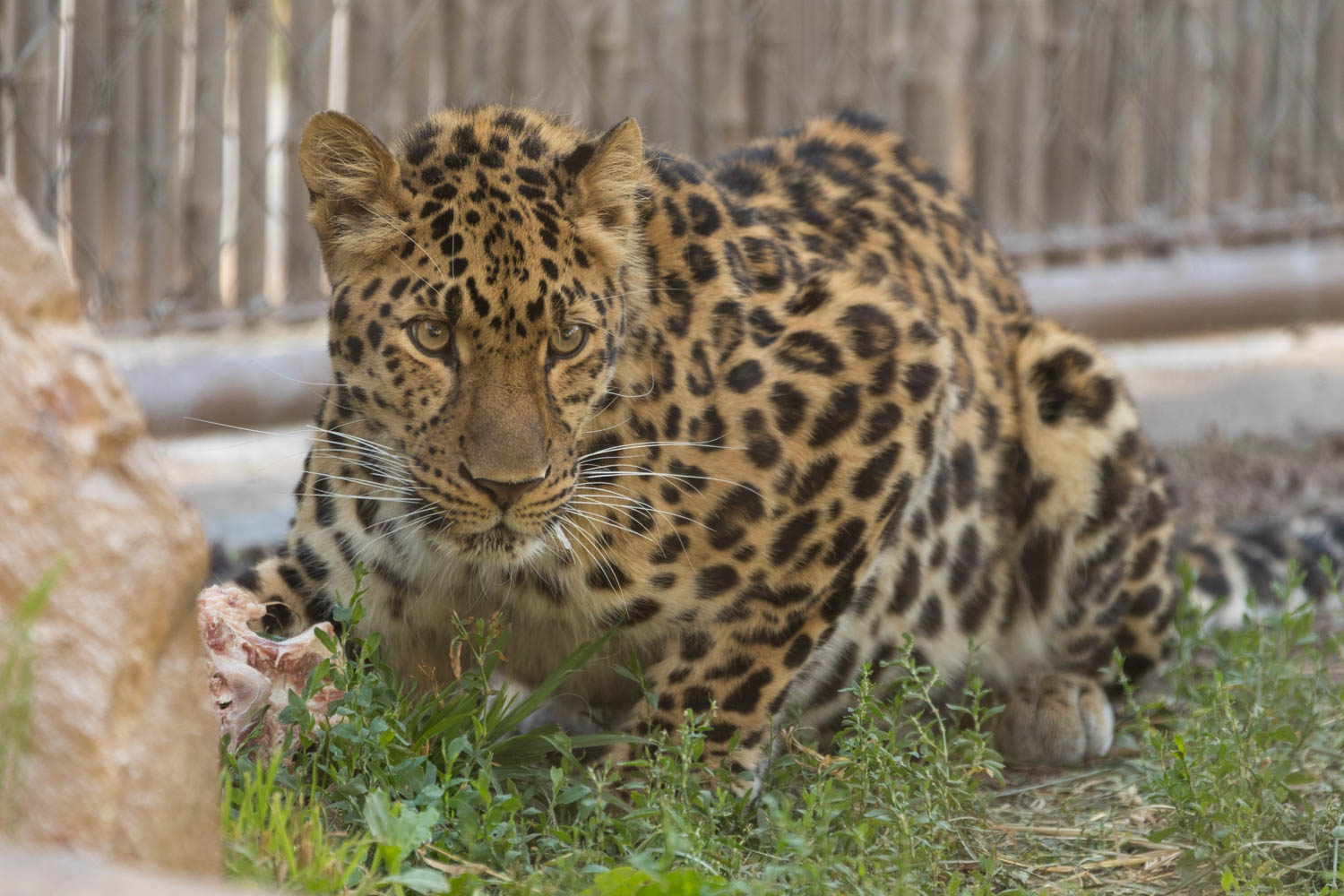 A cheetah ready to snack 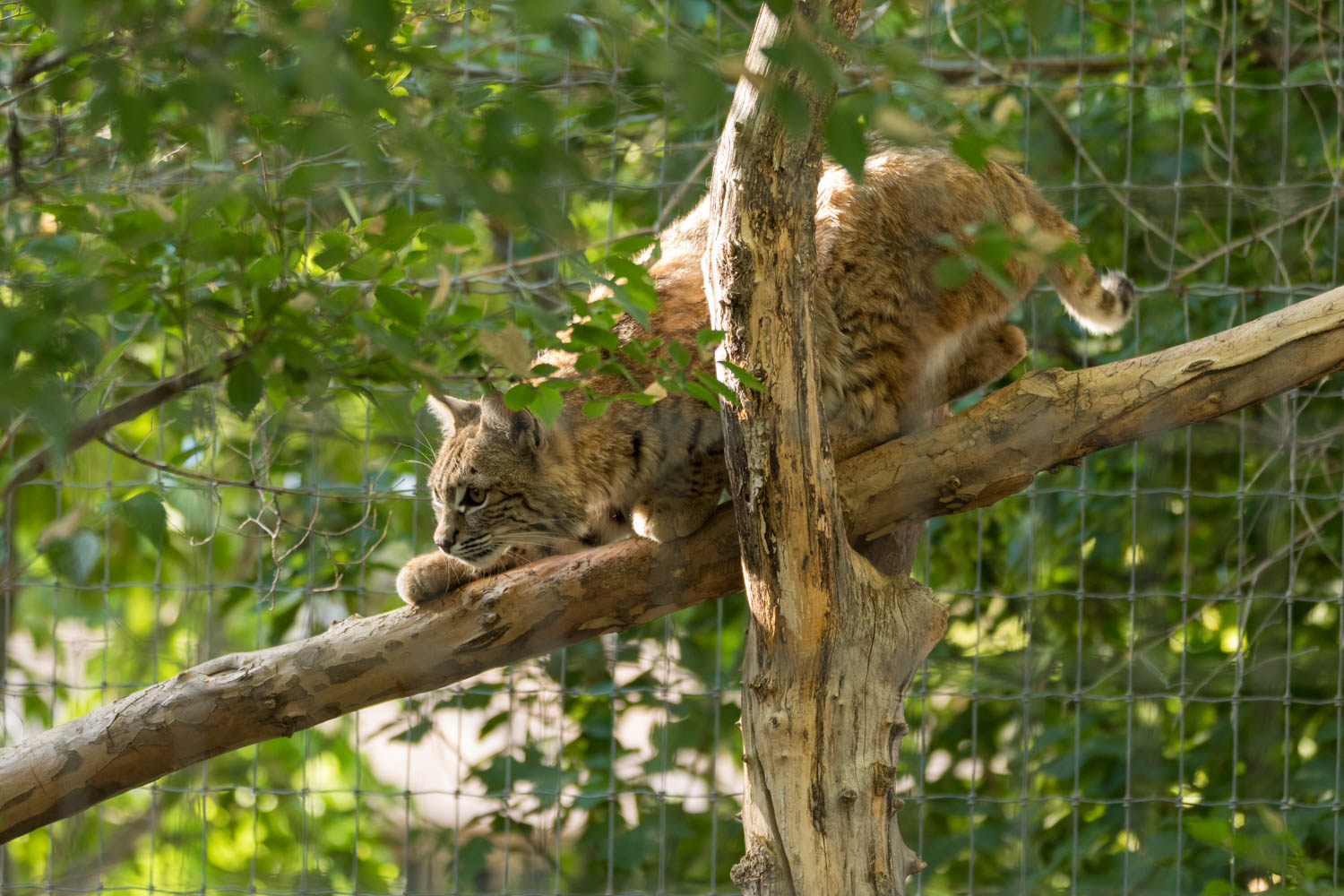 To photograph wildlife, you really need a long, long lens. Those lenses are very expensive! Some of those lenses are the price of a used car. These are the 400mm lenses you see at the side of football games. I don’t have that budget or the need for a lens so I buy a lens extender to get me closer, with a few sacrifices such as the amount of light and a little sacrifice of sharpness. But I save myself $12,000. 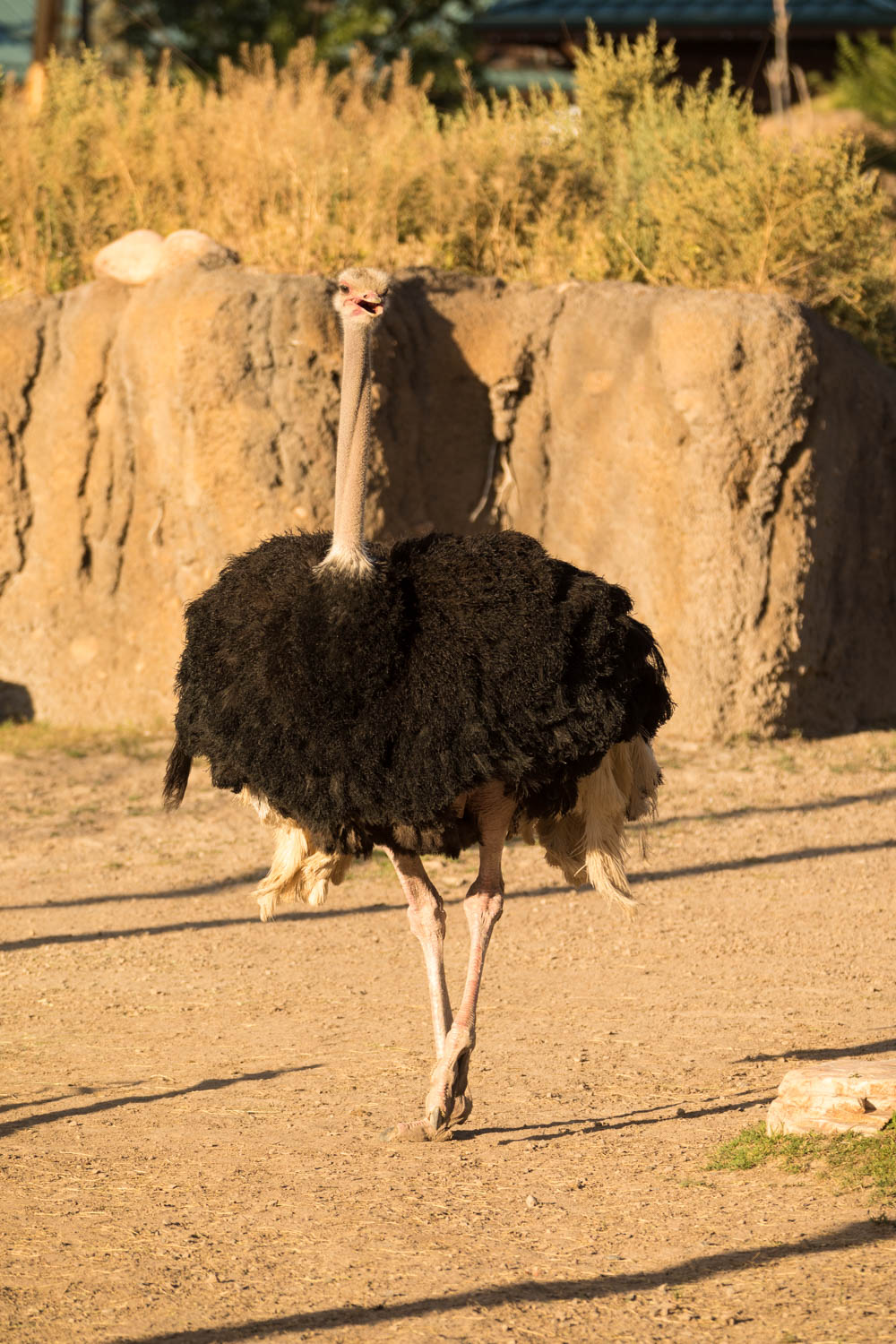 Ostrich on the move 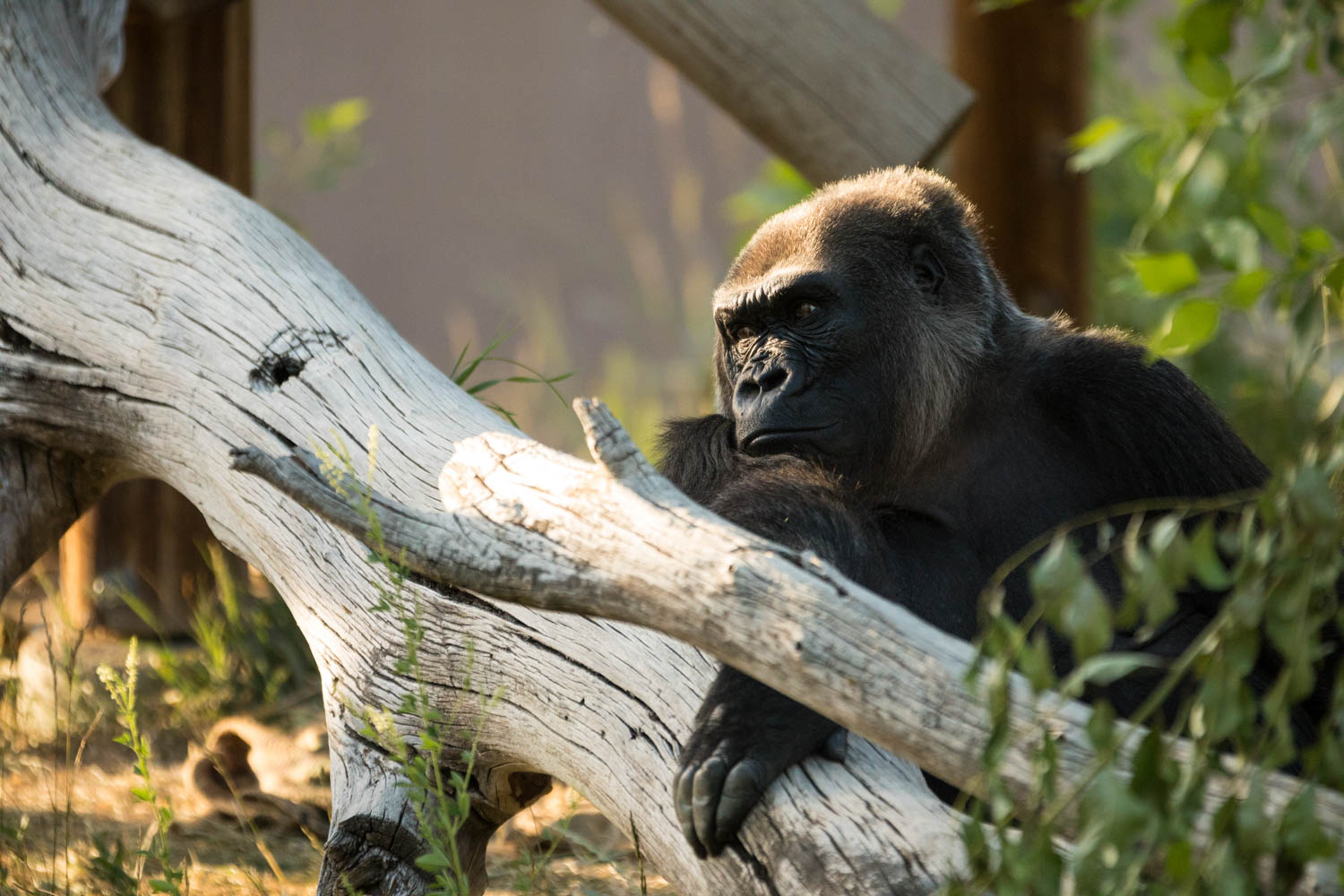 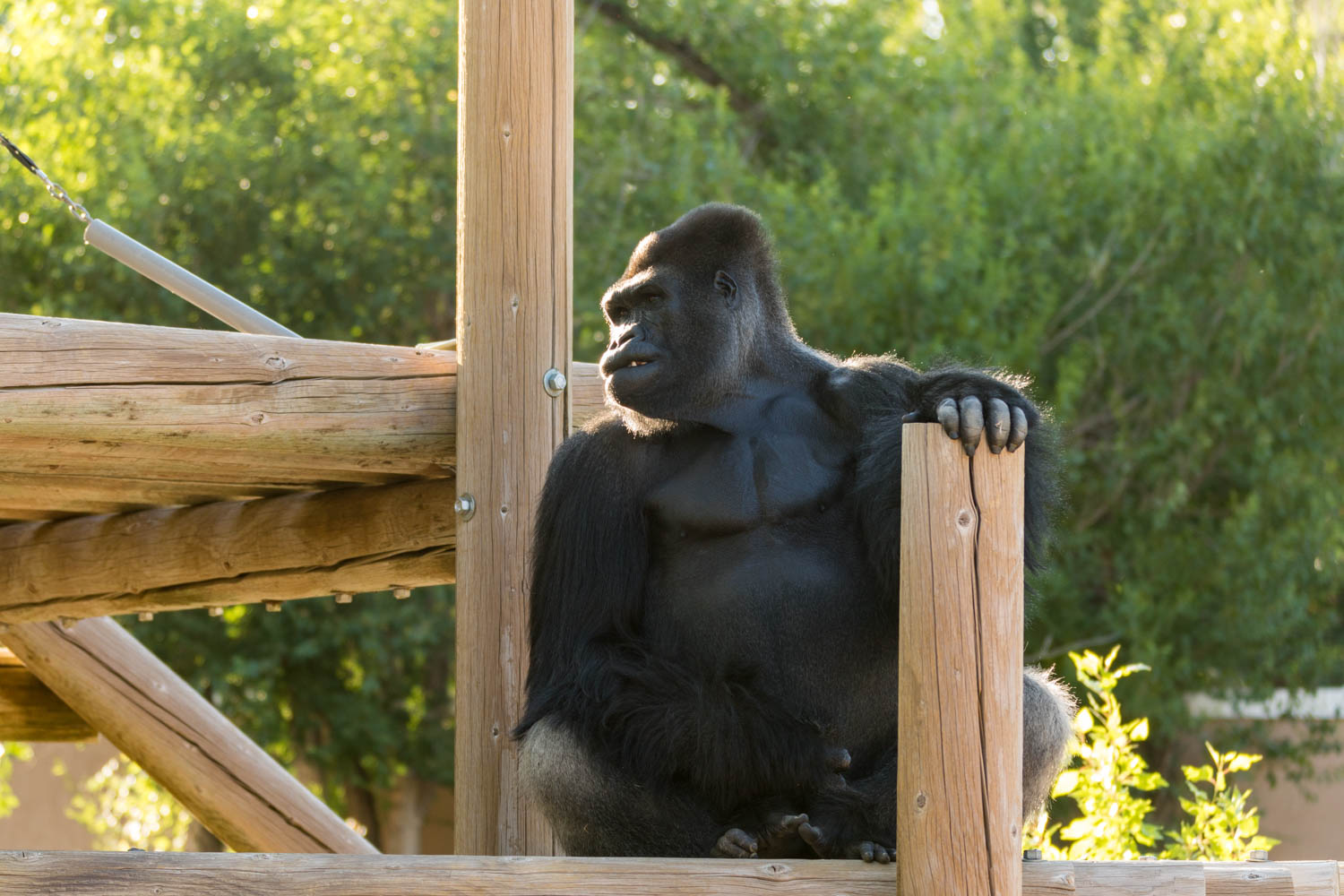 Call be Bob the Gorilla And during the evening I bumped into a number of friends and Facebook friends. Woo hoo! 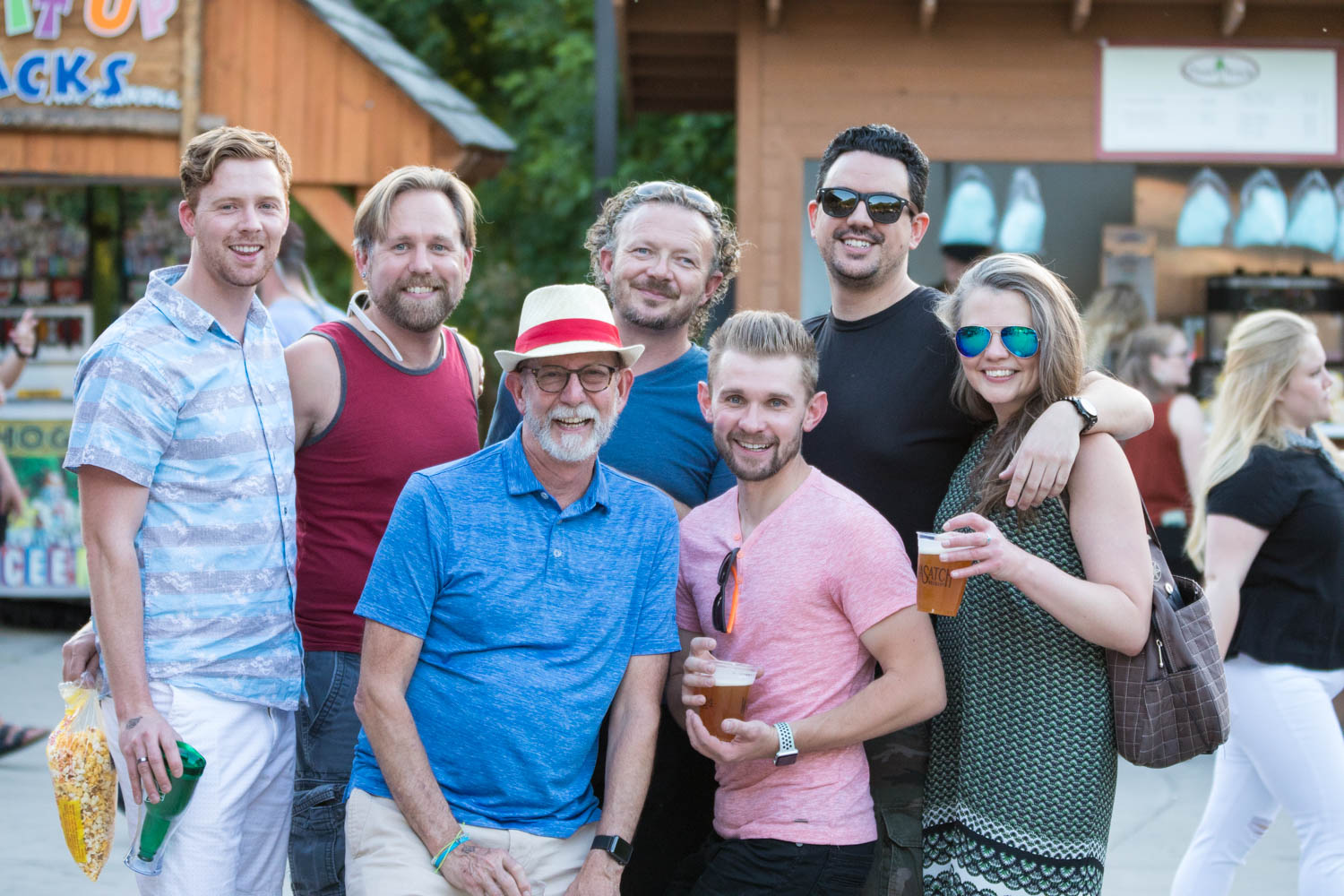 I happened upon some friends 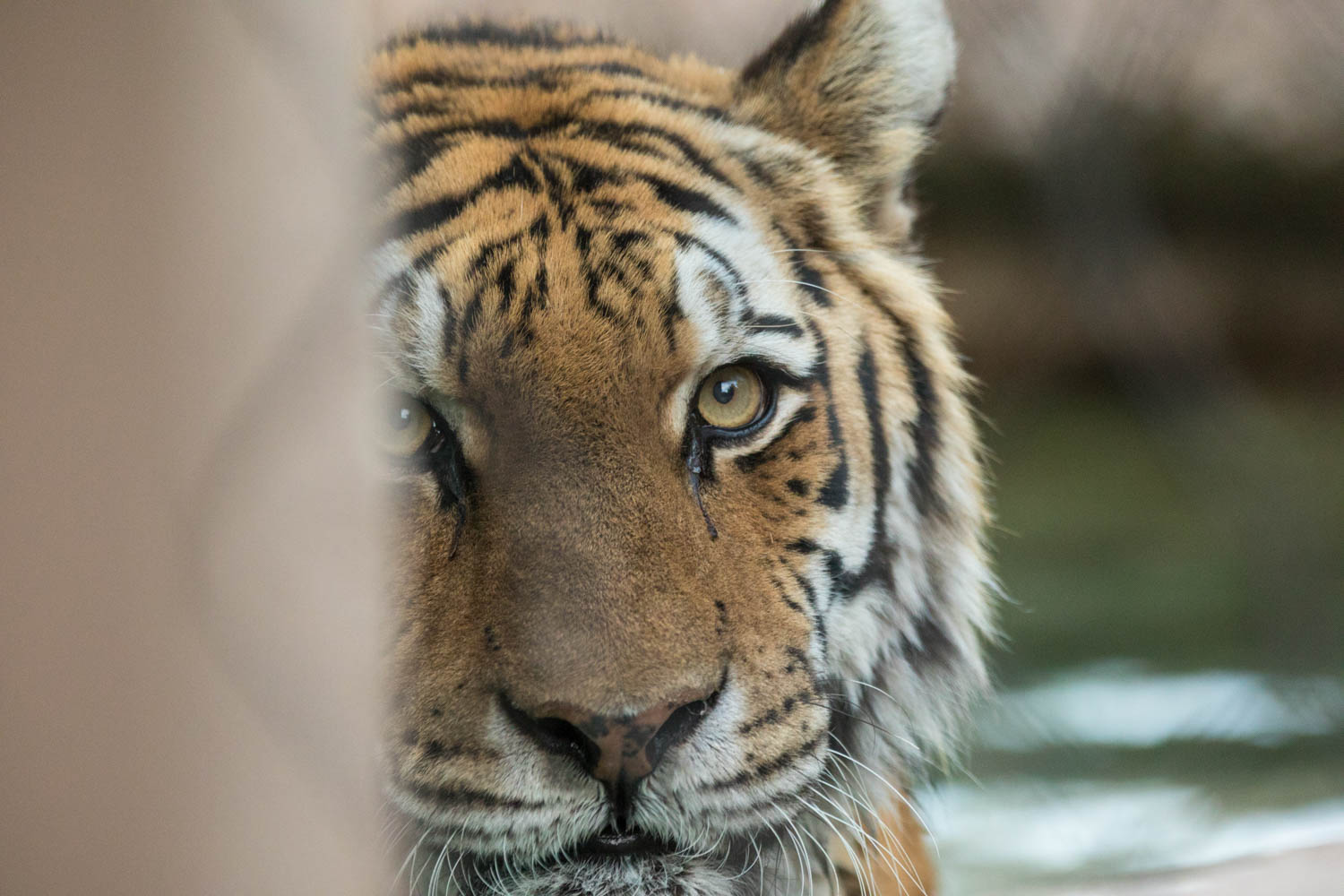 Tiger peers around the corner and a future lunch

This bear was particularly fun to watch. He was chewing on this bone for a bit and then walked around the pen. Most the animals were content to lay down all day and sleep. 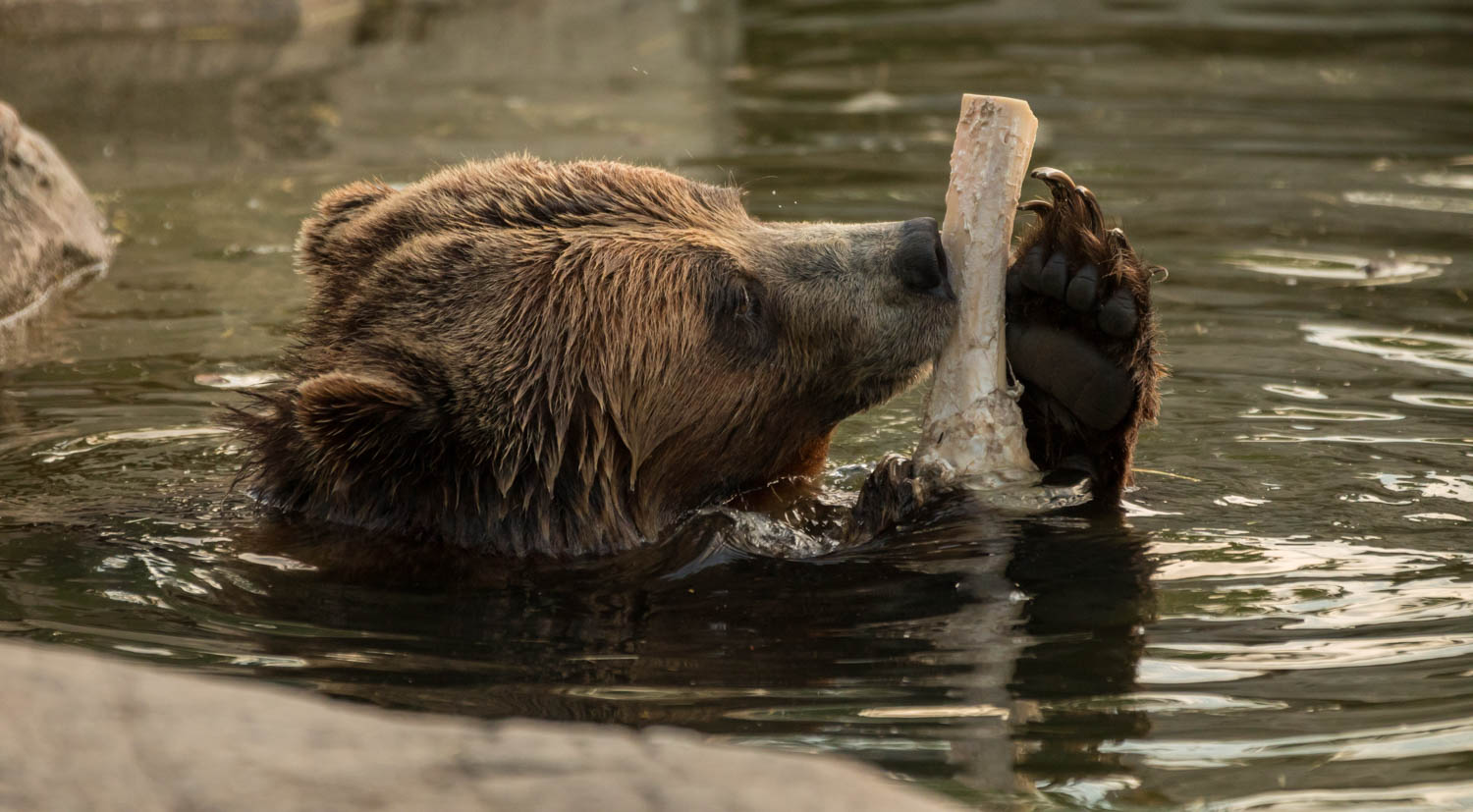 Human, the other white meat 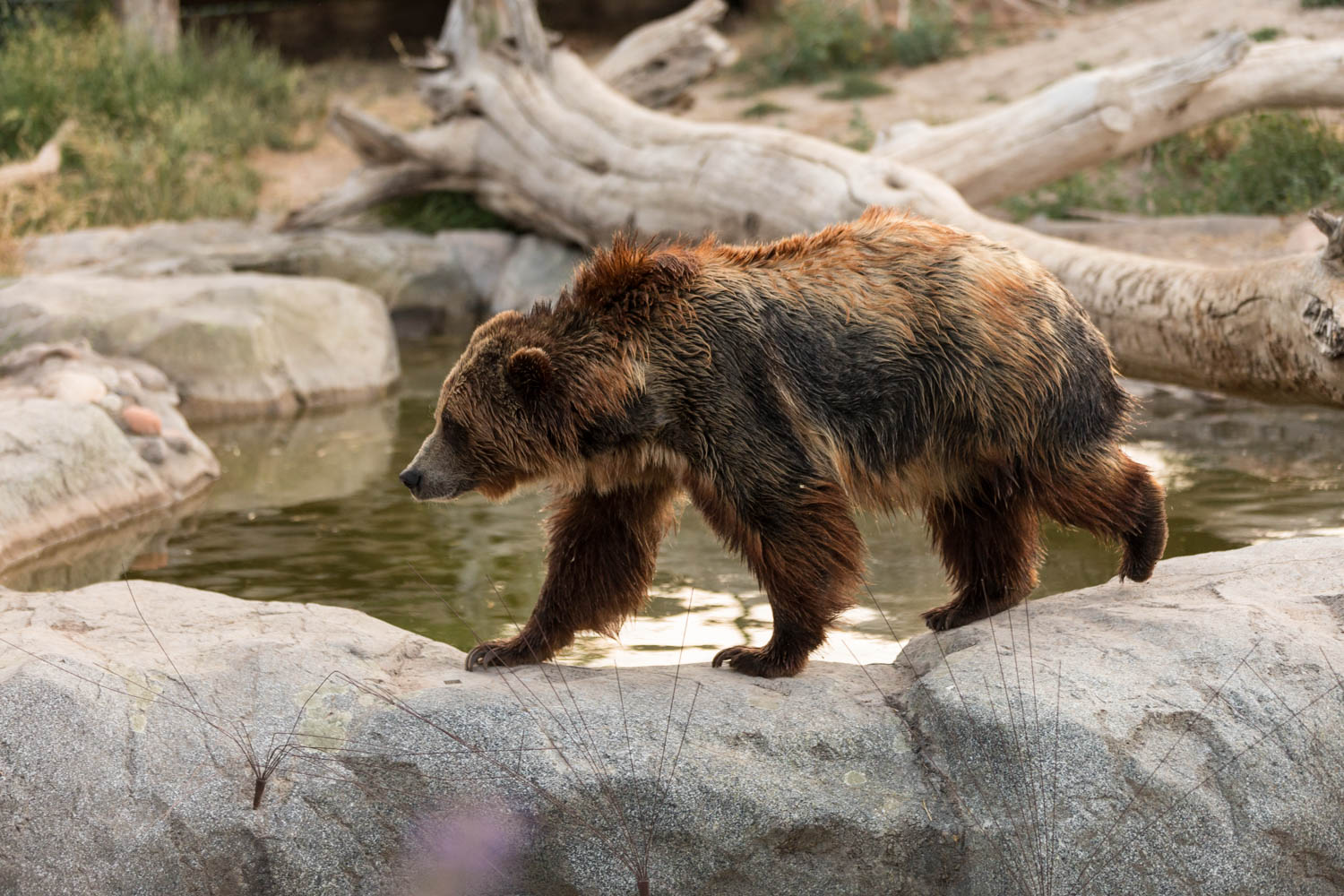 And finally, we have a baby Zebra. Or as the British call it… zebra. Americans and Brits pronounce it quite differently. 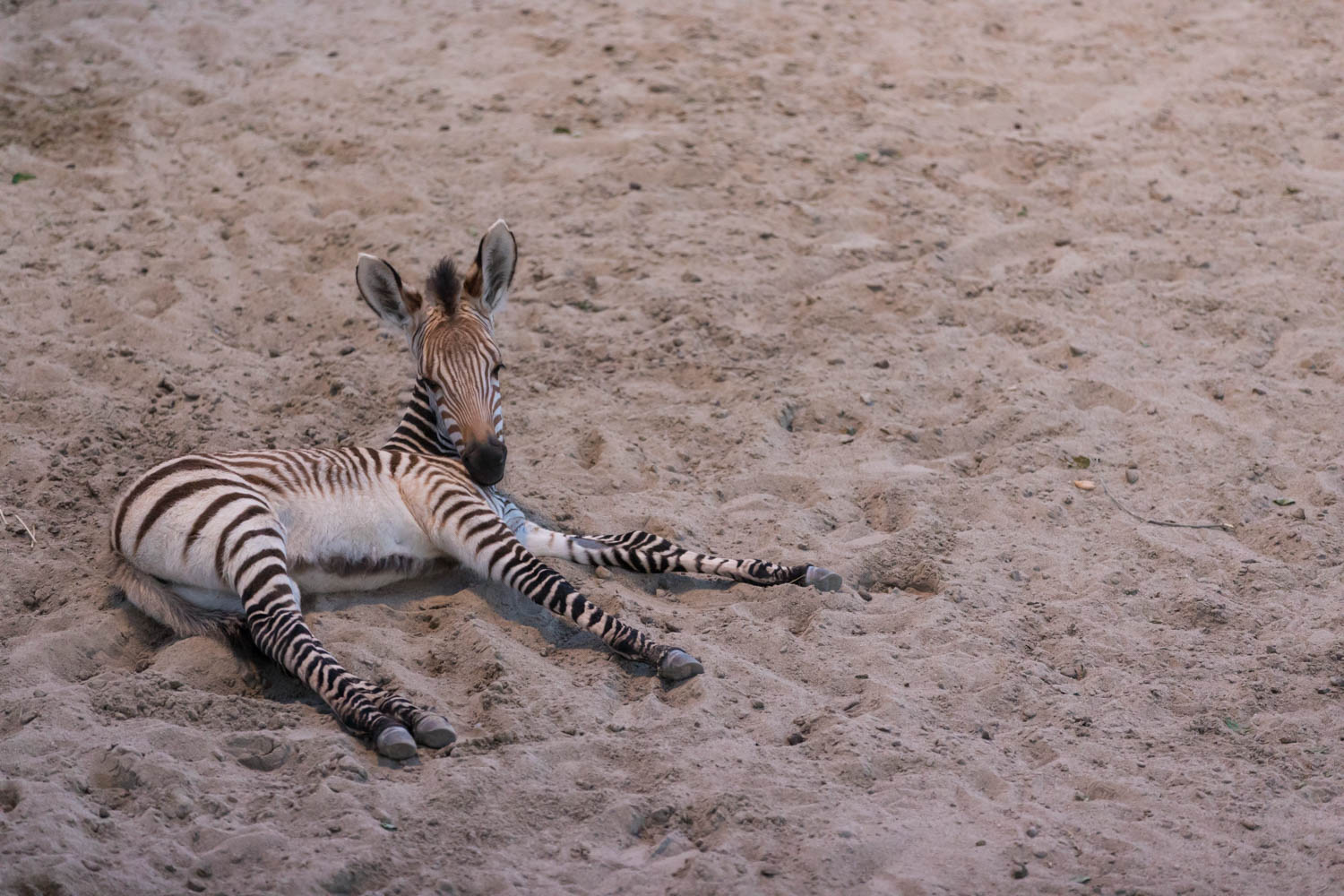 A baby zebra longs for SnapChat