An Assortment of Film Photographs. Film is Not Dead, Yet.

It’s an assortment! Who doesn’t like a variety of stuff? That is why Baskin Robbins has 31 flavors. A few years ago I started to collect a few film cameras and some of them actually work and I was able to create some photographs with them (Julio’s, Samantha’s, Bush Children, and Chet’s). These were primarily experimental. I have actually photograph about 3 professional portrait sessions with nothing but film. I would like to try it again but always looking for the right subject. 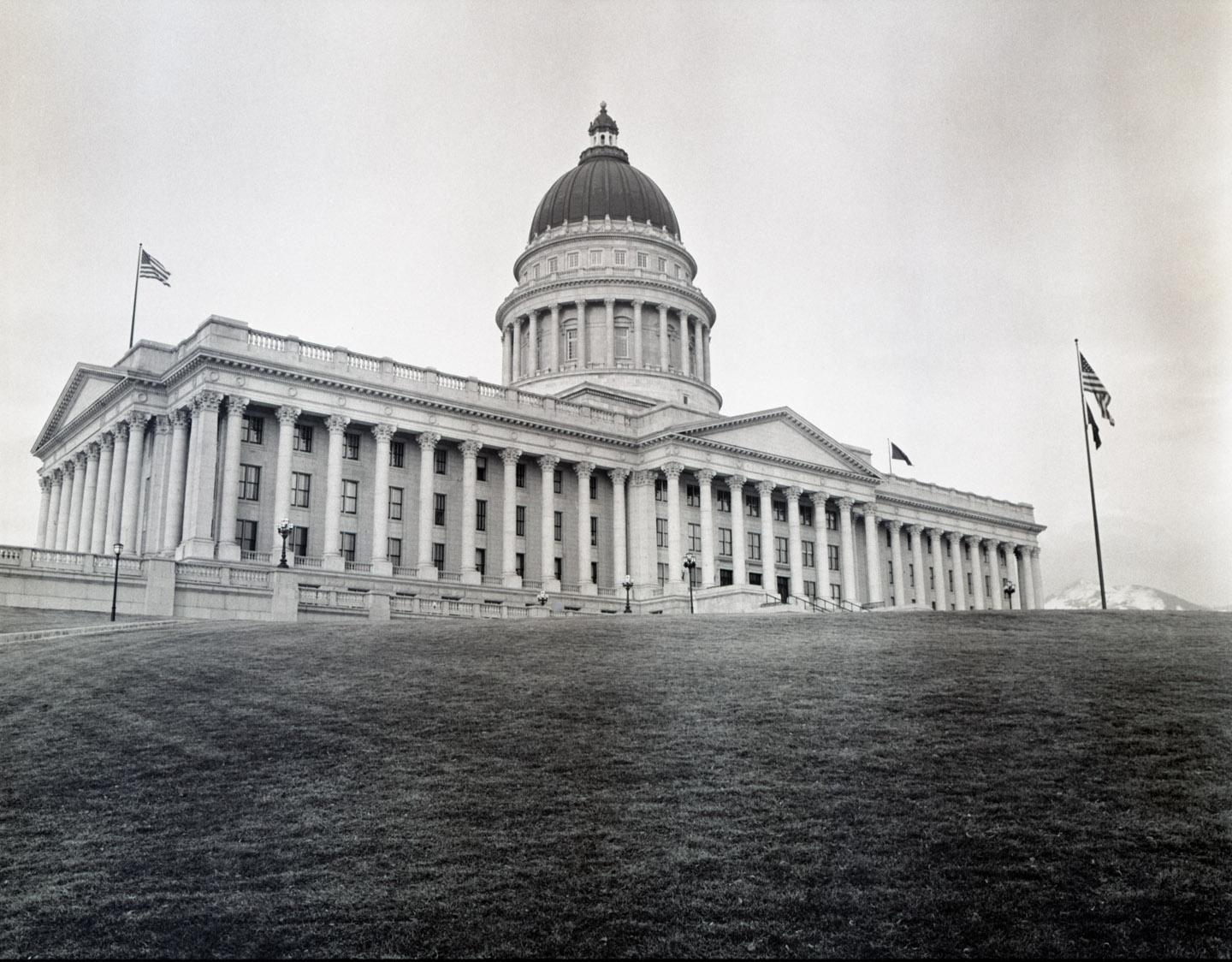 There are several intangible qualities of film photography. You have a retro camera, you have a different work flow, you have options of different film, a unique look compared to digital. The big downside is cost. A roll of film to be processed professionally is about $25 right now. However, I can roll that into the cost of a regular photo shoot.

Film does make you slow down and think. You can make edits in Photoshop but with 12 or 35 photos per roll you don’t want to waste a photograph. We should do this with digital but with film you almost feel your wallet screaming when you take a bad photo with film. 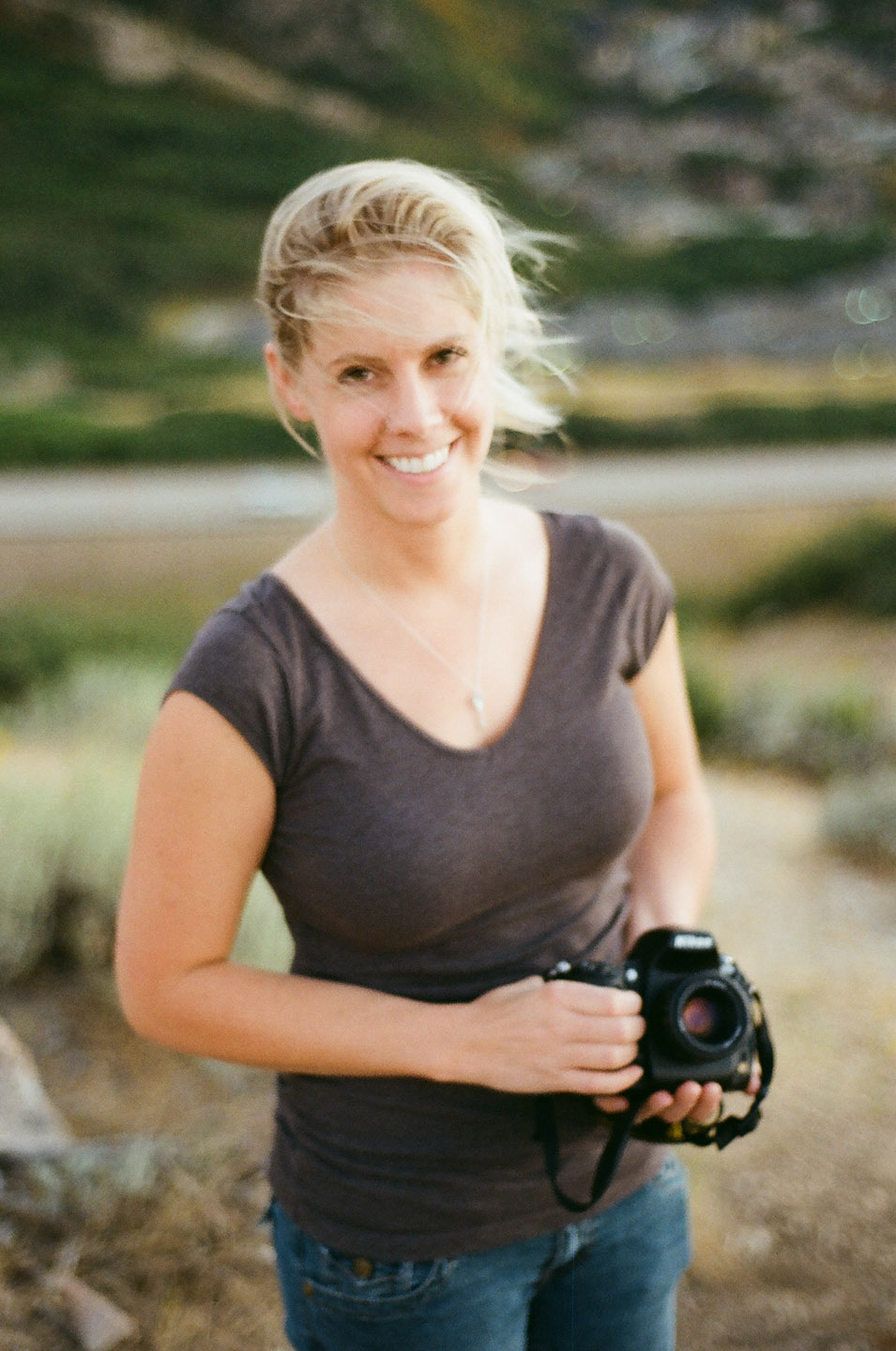 And I have a few cameras I need to pick up and just shoot. Maybe I need to find some models. This is when I start looking for volunteers for a test shoot. 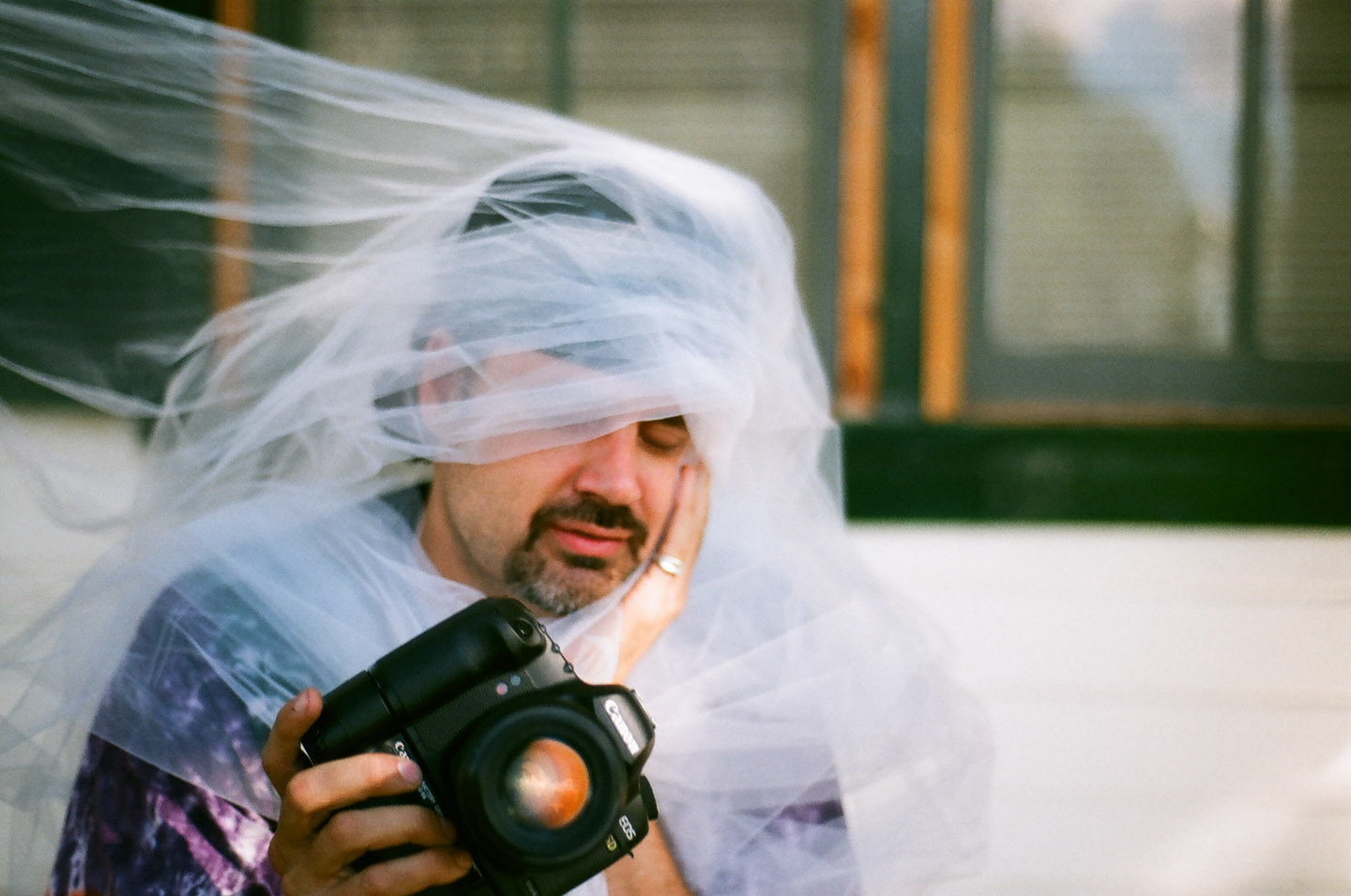 Rich as a bride? Shot with 35mm film

Can film be mimicked by digital? Probably. Can people tell the difference? Probably not. But it is nice to mix it up and try new things. There is nothing worse to creativity than a rut. Creative blocks can be a result of doing the same thing over and over again. 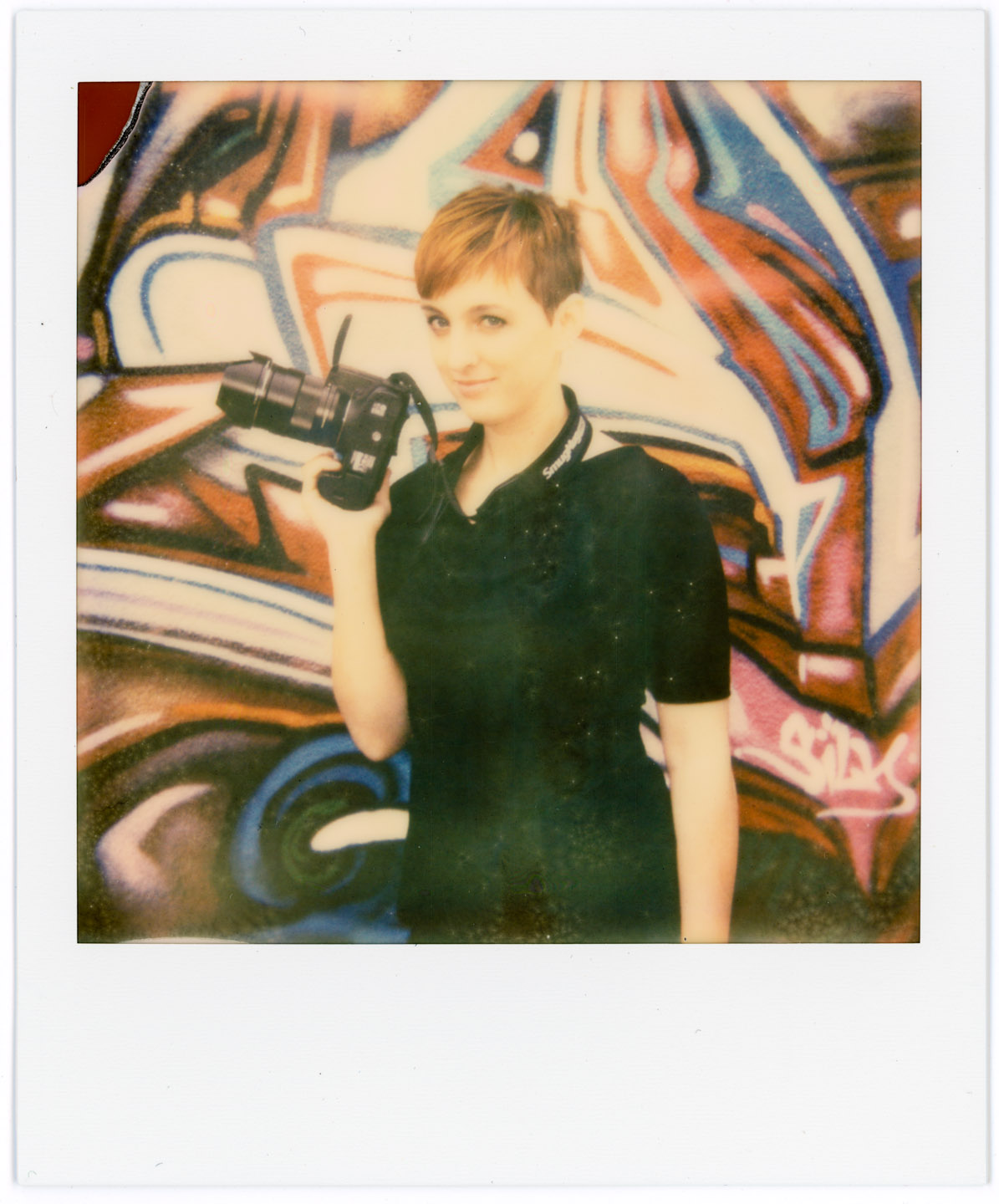 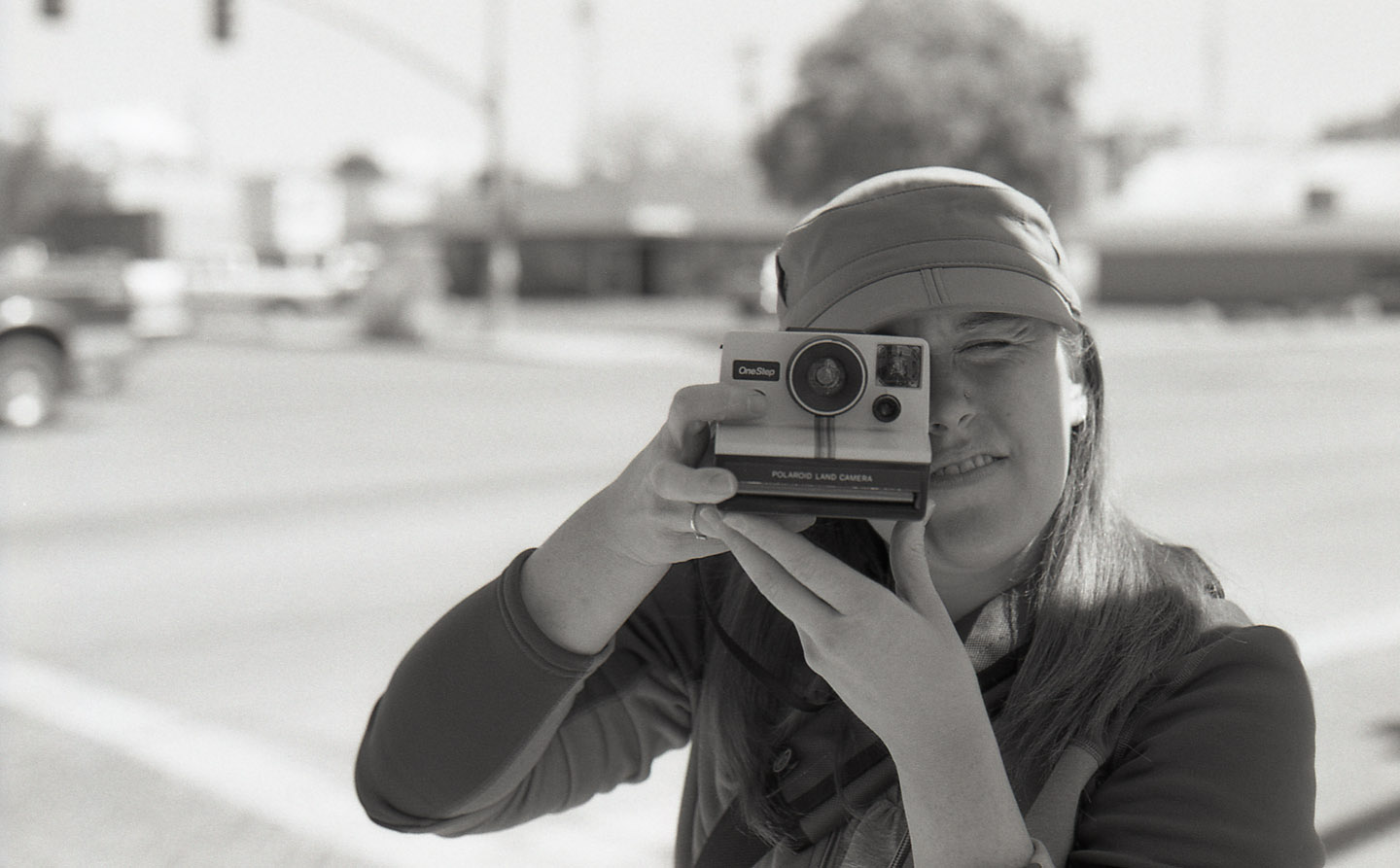 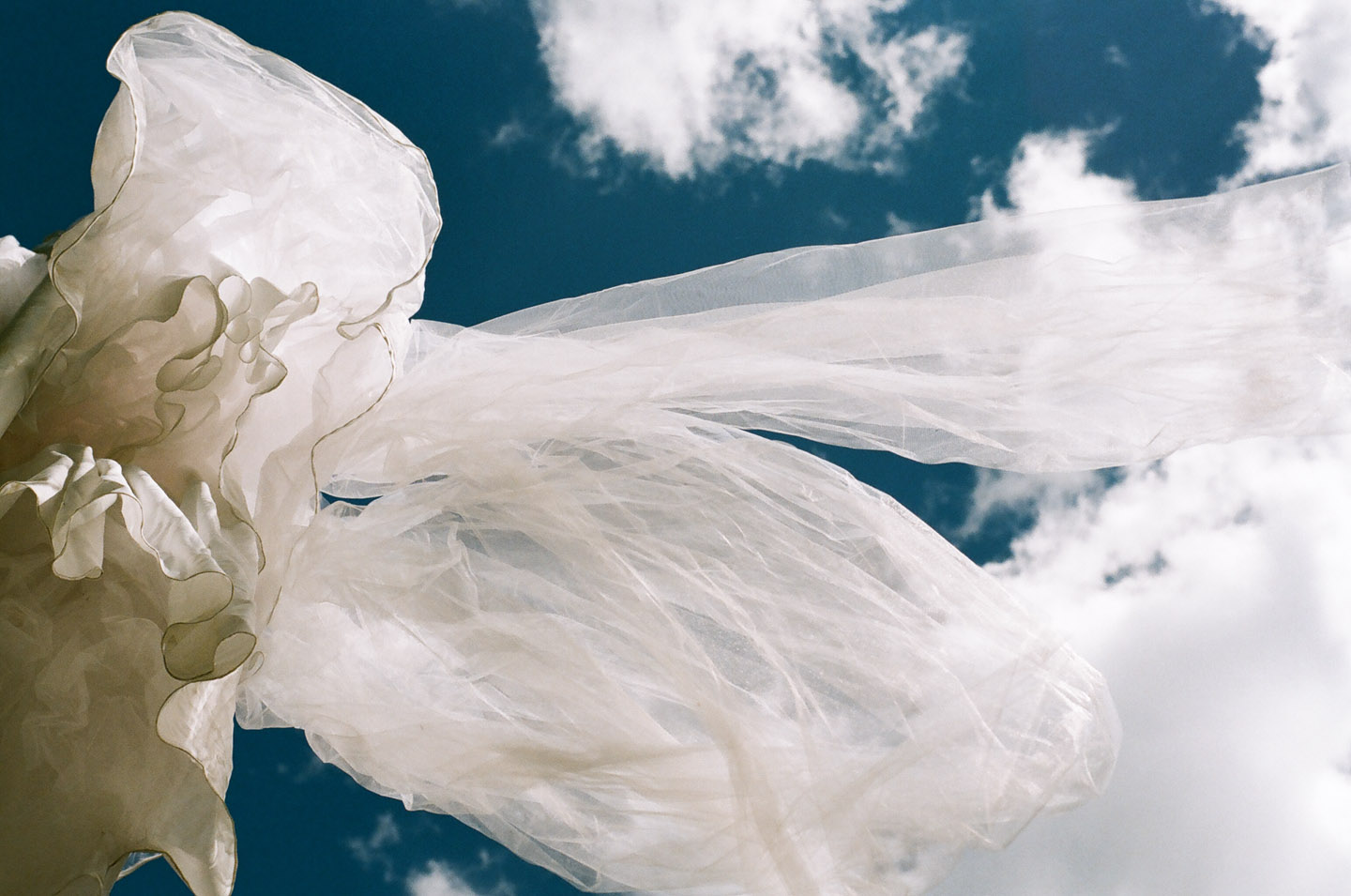 Wedding Dress flying on a flag pole on 35mm film 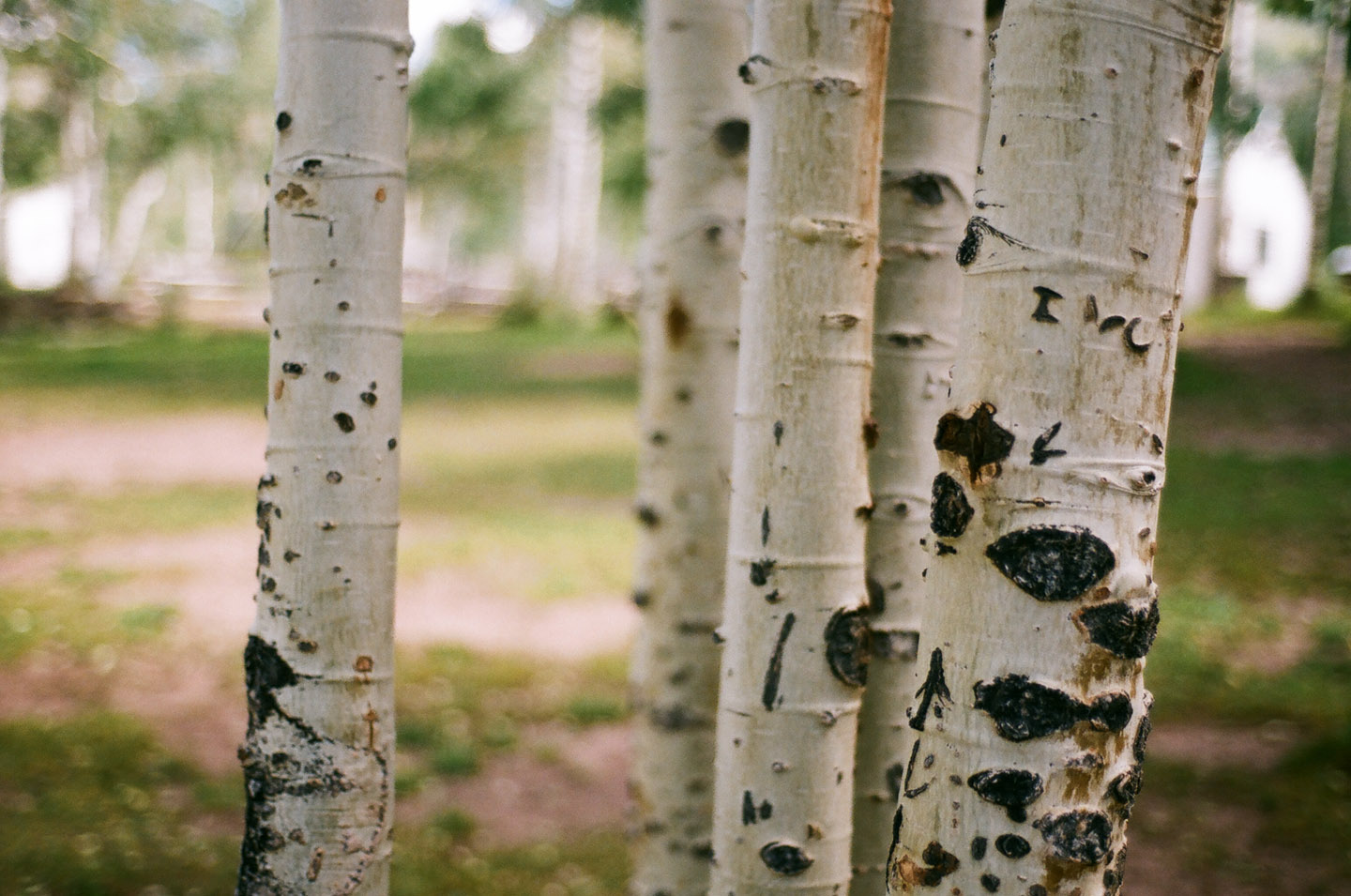 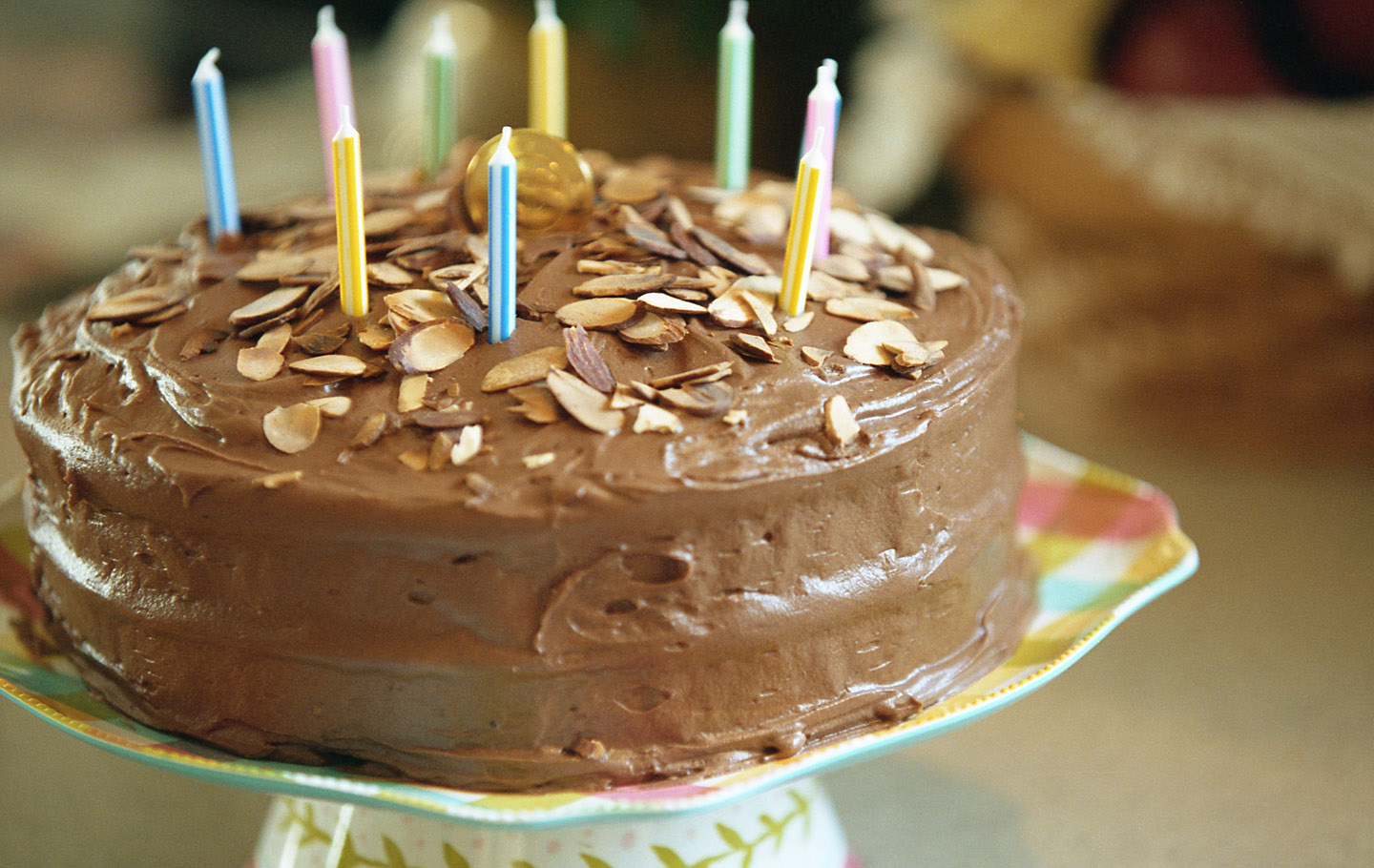 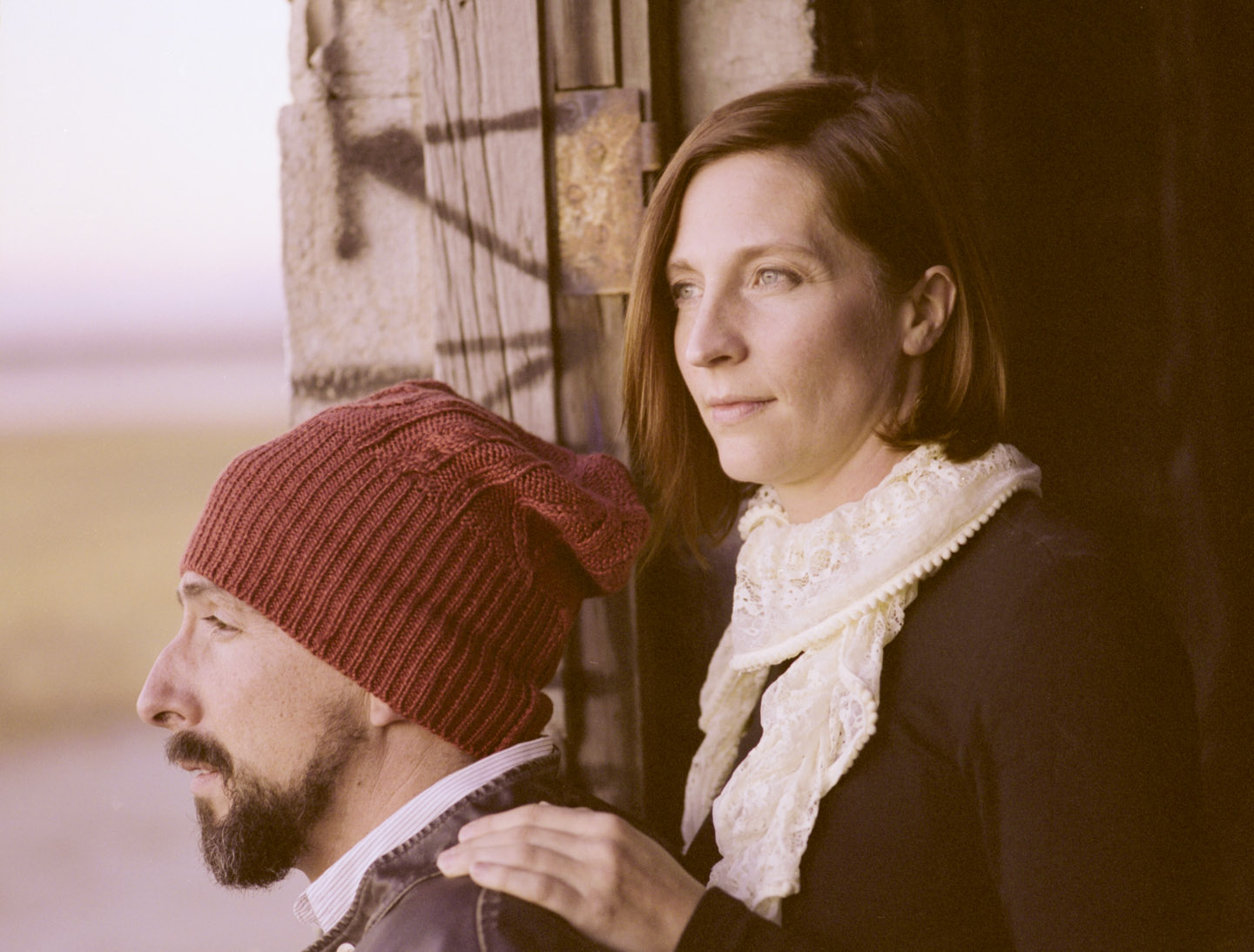 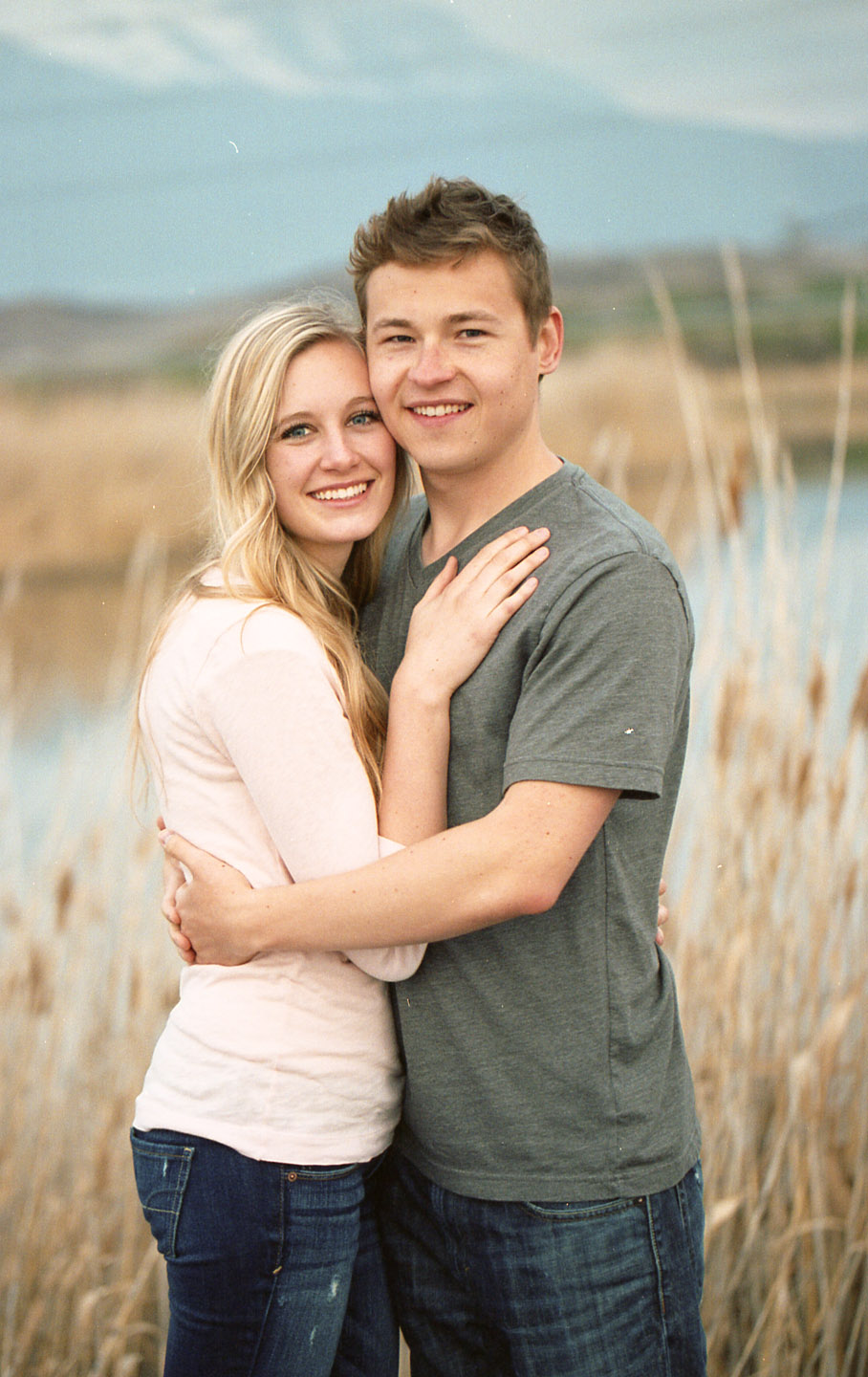 Husband and wife on Kodak film 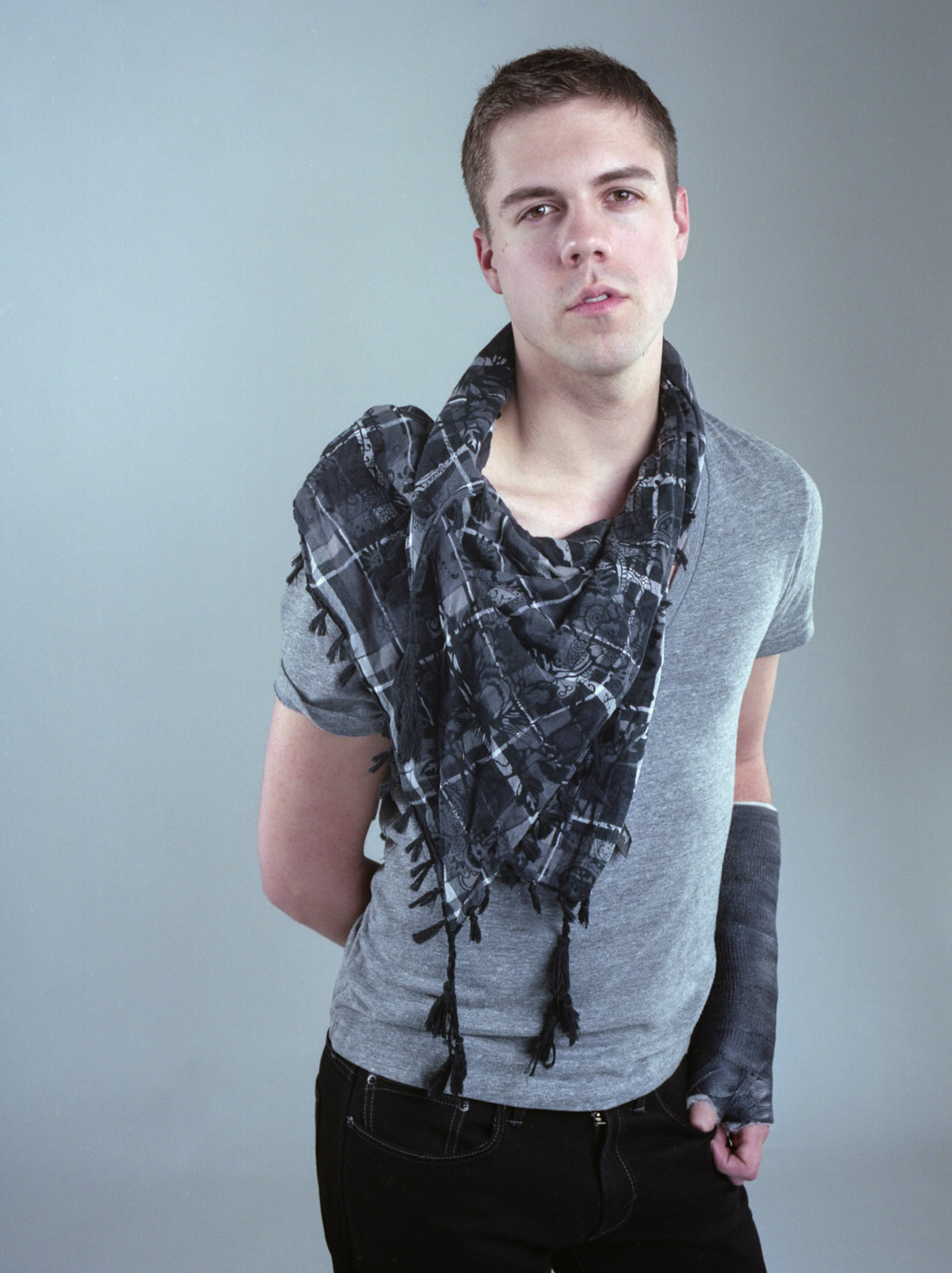 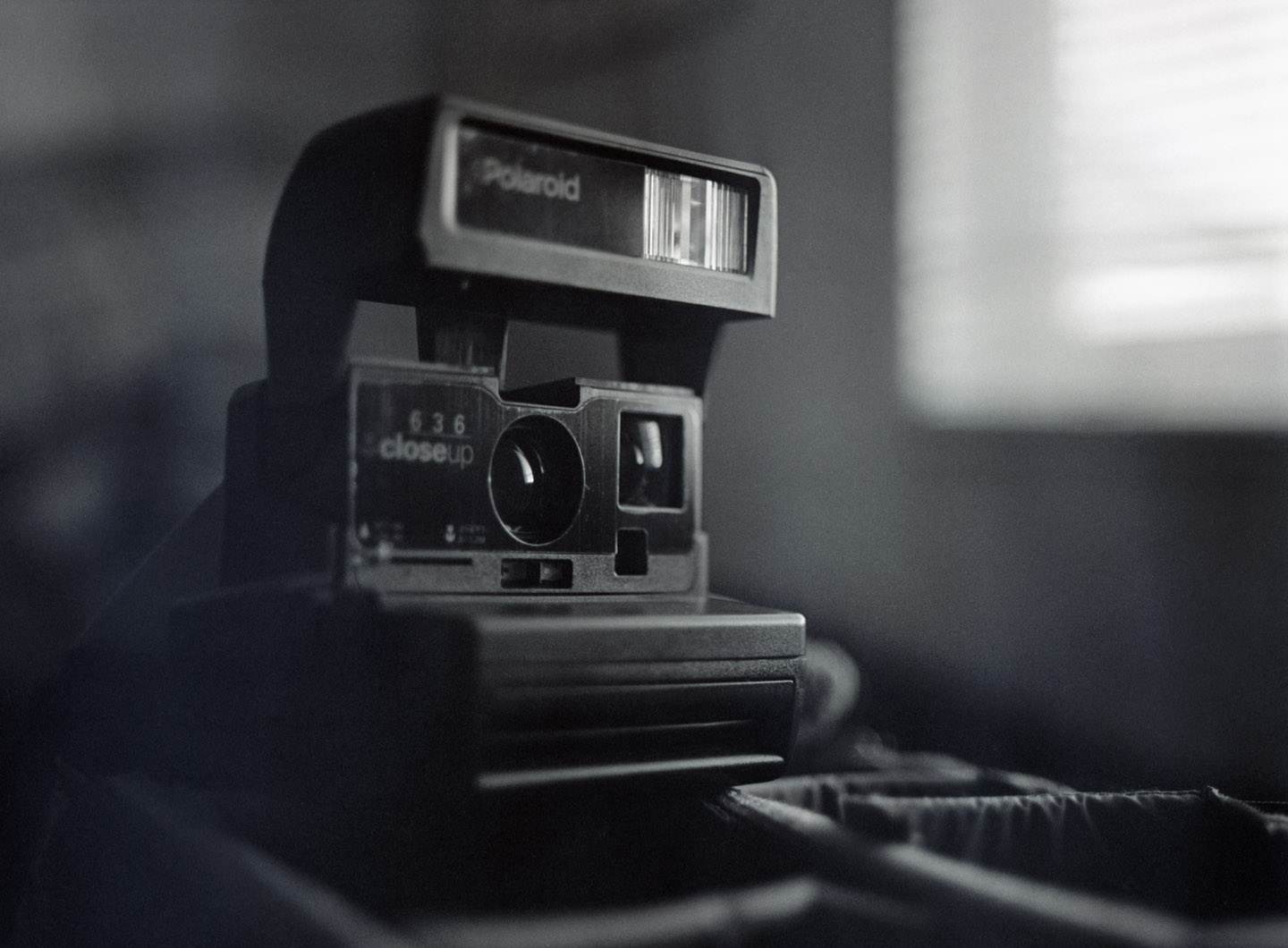 Autumn is Upon Us and the Leaves are...

Some Photographs of My Volunteer Assistant