Top Posts
A Surprising Location for a Portrait
Leasey Family Portraits in Studio
A Before & After from Photoshop Retouching
An Orem Wedding in the Time of COVID-19
Maya’s Fashion Portraits on the Bonneville Salt Flats
Dave & Doug’s Family Photo Shoot in Big...
Children Photo Shoot in Big Springs Park in...
Autumn Portrait Season is Around the Corner
Time is Running Out to See the NEOWISE...
Senior Portraits with Maren on Provo’s Center Street
Home CommercialTheater Photography A Funny Thing at the Salt Lake Acting Company
Theater Photography

A Funny Thing at the Salt Lake Acting Company

With perhaps the longest play name in the world, A Funny Thing Happened On The Way To The Gynecologic Oncology Unit At Memorial Sloan-Kettering Cancer Center Of New York City is now playing at the Salt Lake Acting Company.

I photographed the play on Wednesday night and delivered the photos to SLAC the next day. Sometimes time is off the essence. 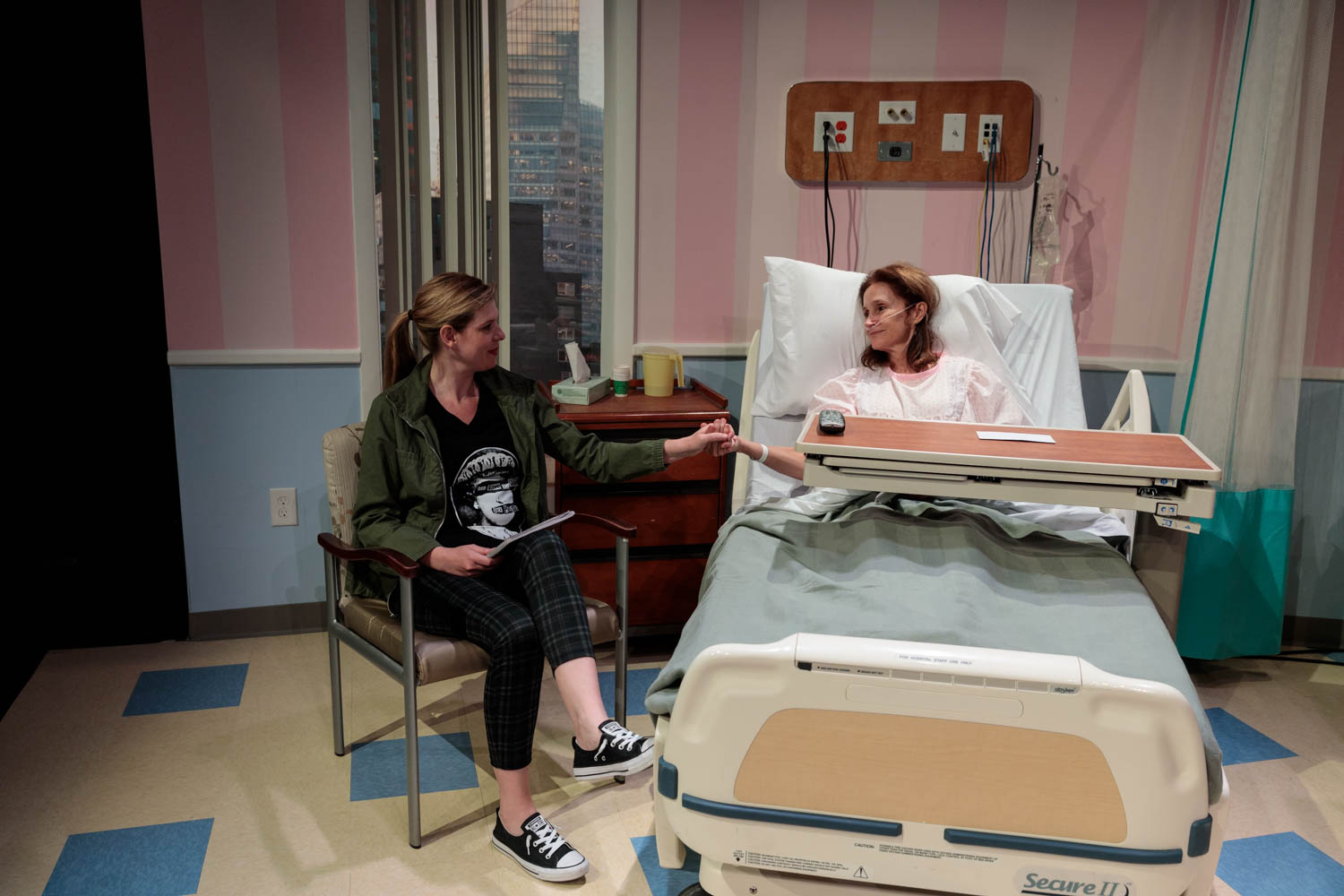 I haven’t seen the play yet, but I have my tickets for next week. From the website we learn there is nothing less funny in the world than cancer, except when it’s hilarious. 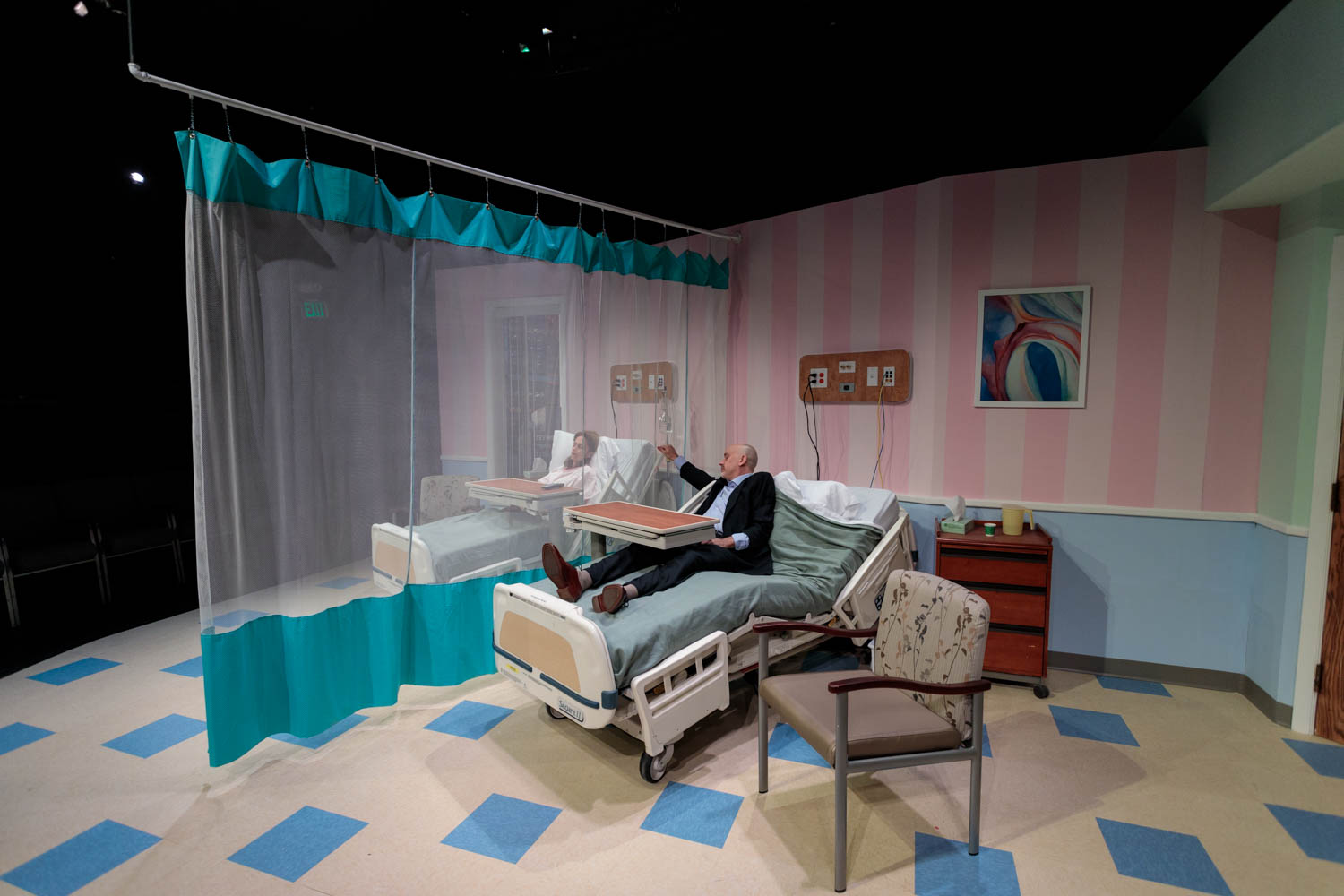 Two people meet while their own mothers are dying of cancer. And there is going to be some humor and drama in this play. 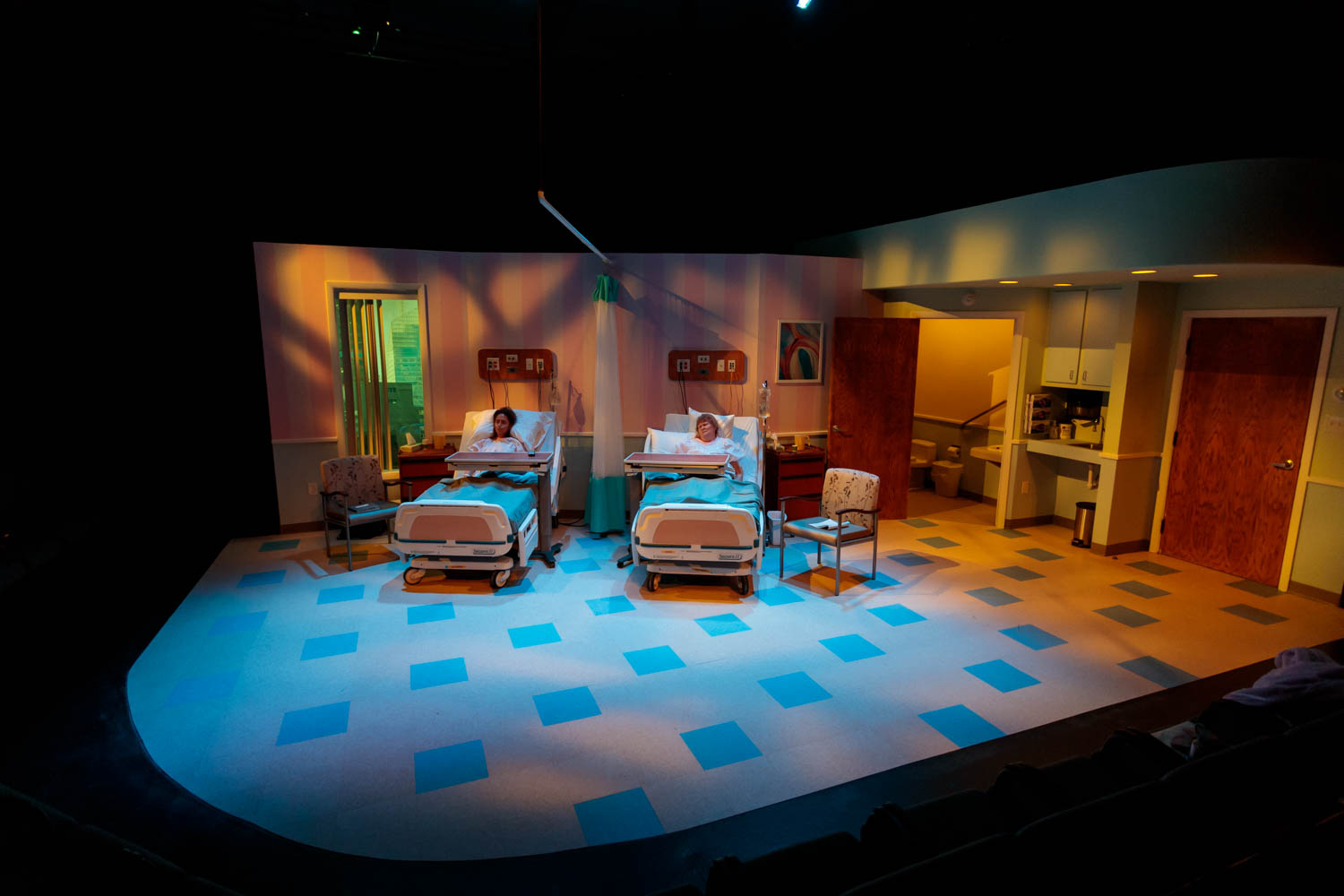 Shooting for the set designer and light designer

I was on hand to photograph the publicity photography as SLAC’s official photographer. The set is amazing. It really looks like a hospital room in NYC. And they found working hospital beds for a steal of a bargain! 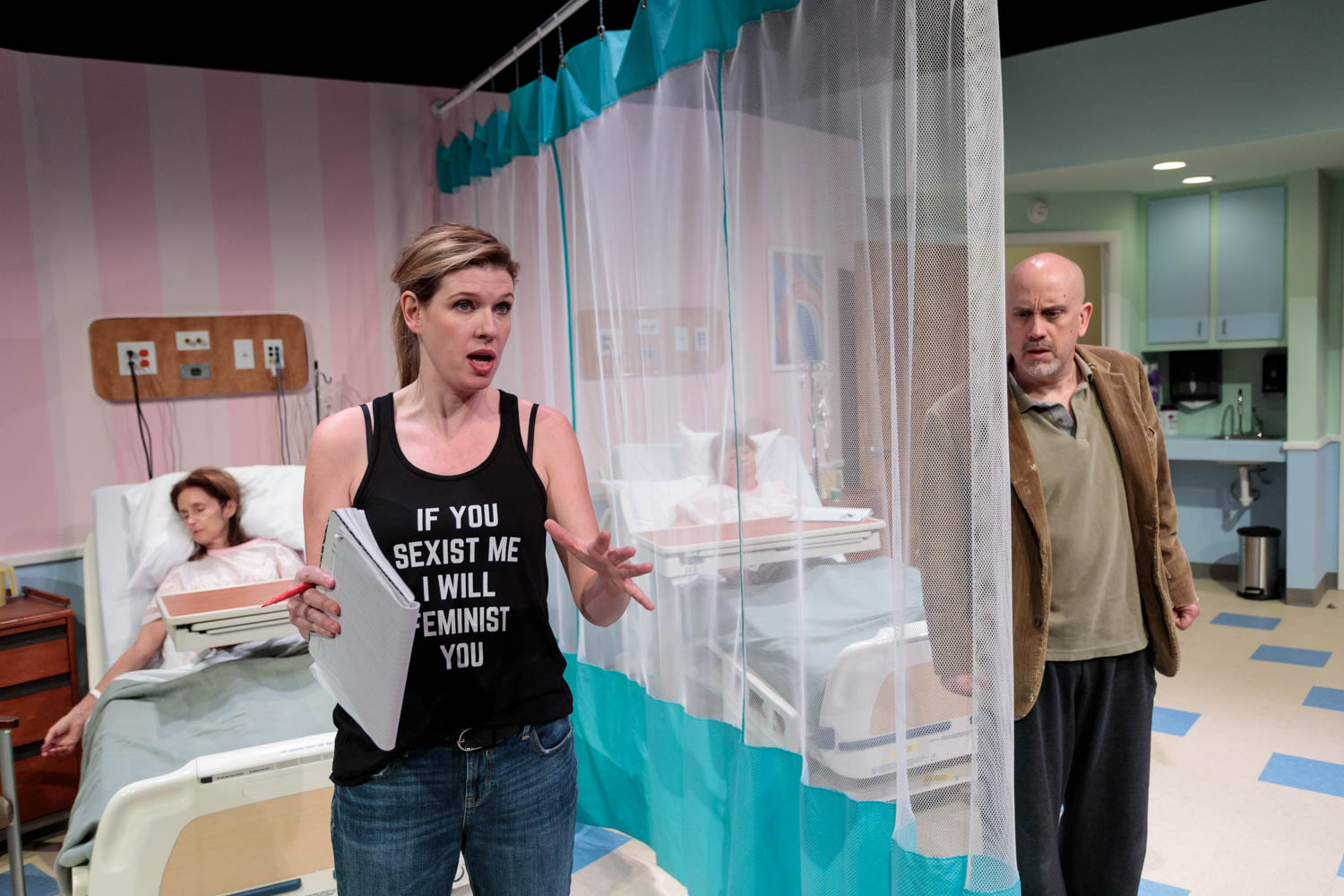 The lighting didn’t change too much. And it was much brighter than a lot of plays. I’ve never been a photographer that craved high ISO performance, however, photographing plays is the one time I have found that important. And my Canon 5D Mark IV has worked great for high ISO performance. I get good photographs while shooting these plays. And I am getting faithful recreations of the set and lighting. Woo hoo! 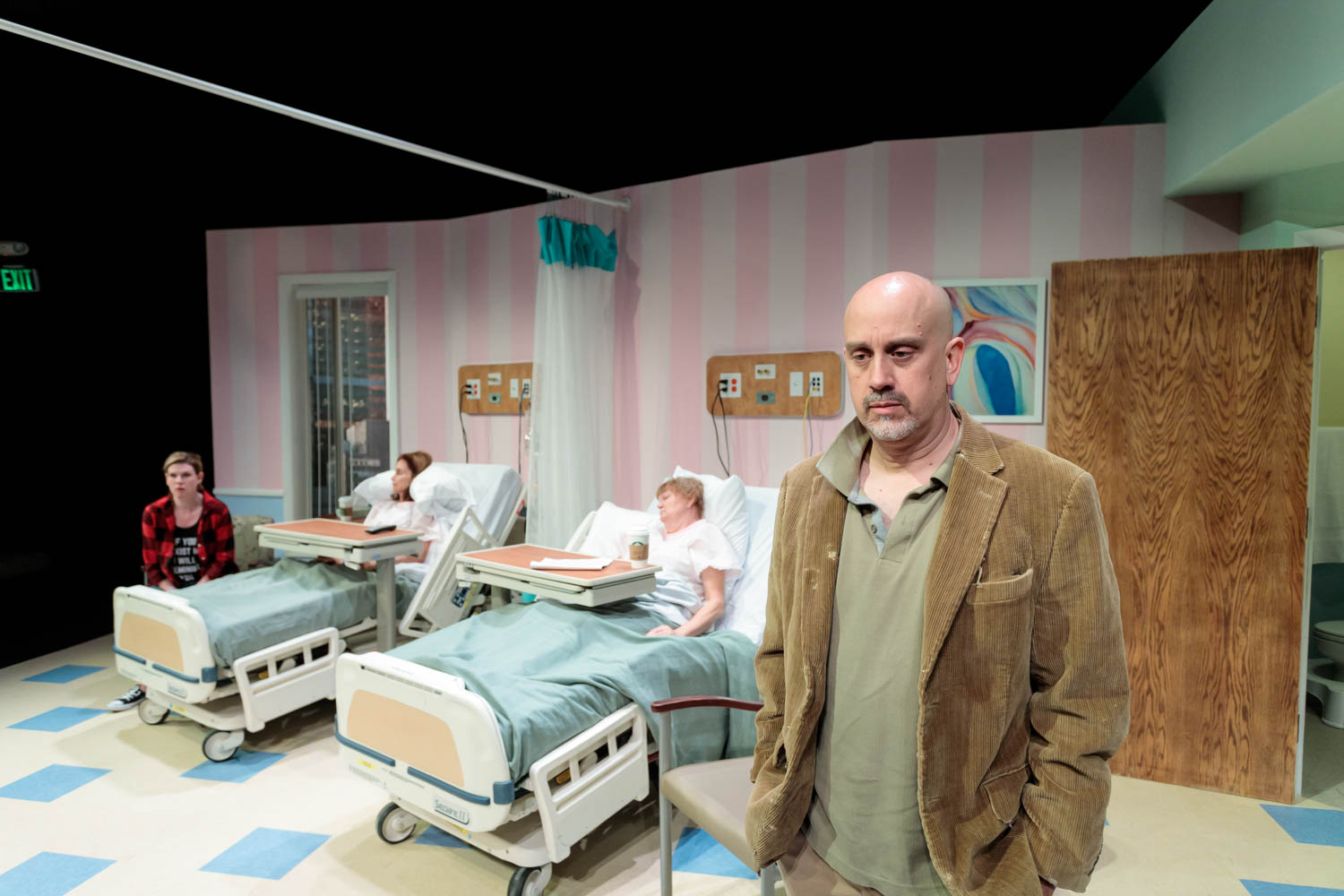 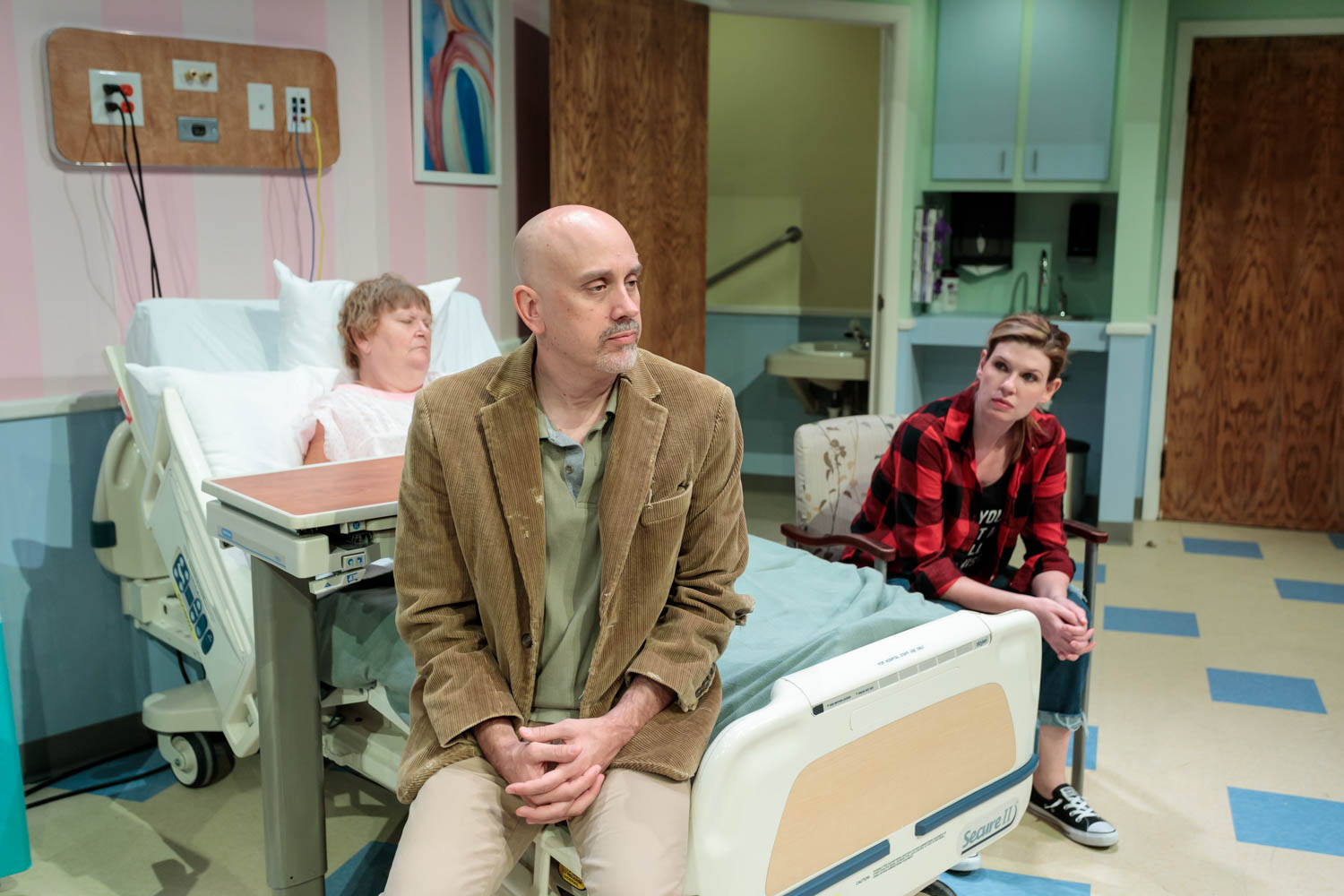 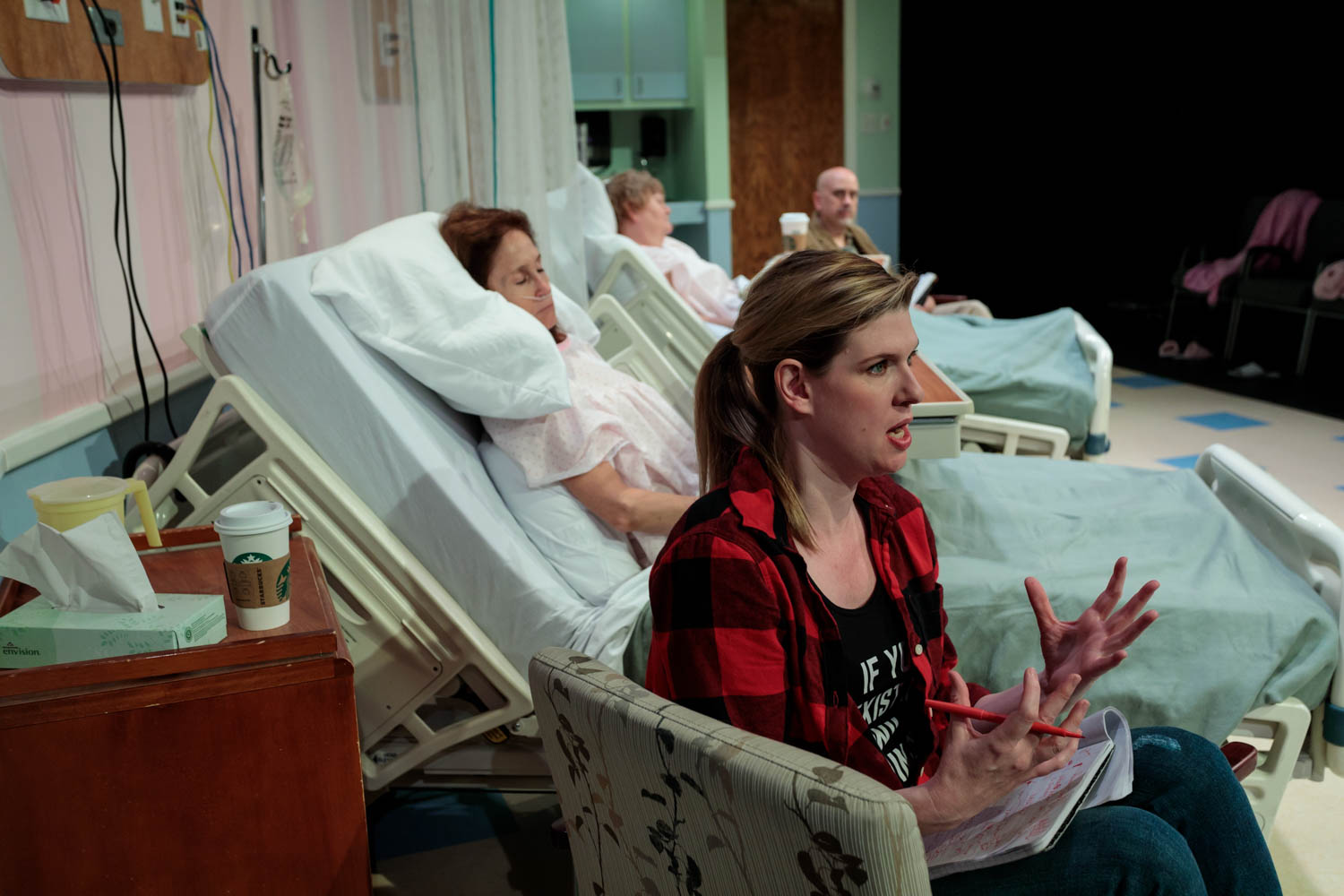 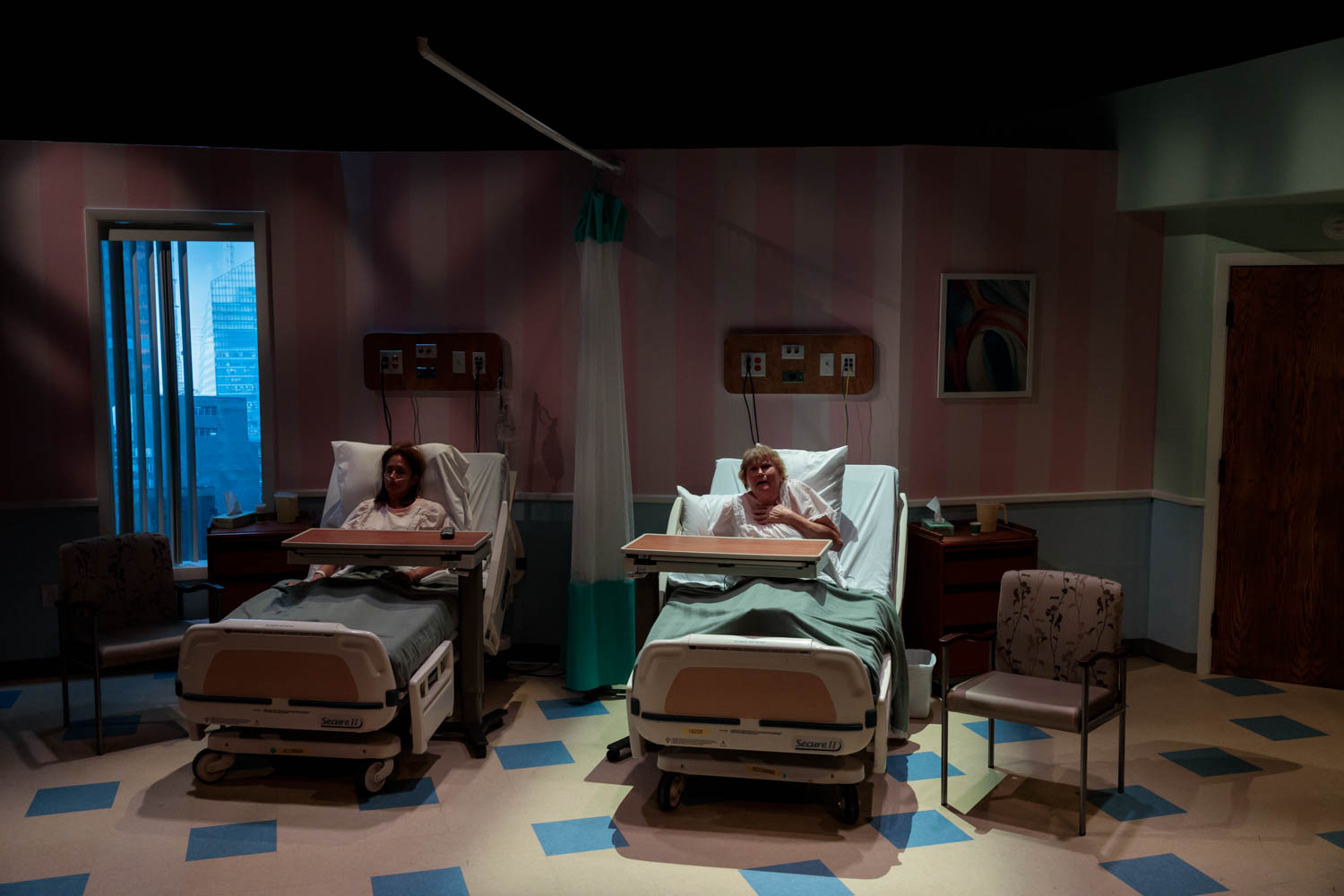